FEATURE: The World of My Hero Academia Has Become Fragile

Can Midoriya and his friends truly defend their unstable world? 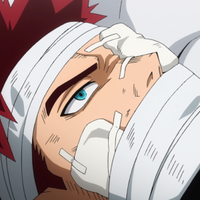 Hello everyone, and welcome back to Why It Works. After far too long away, My Hero Academia has at last returned to us, opening with a reprise of Endeavor’s glorious battle from last season. Endeavor’s fight was one of the visual highlights of the franchise so far, and Midoriya’s classmates seem as thrilled by it as we in the audience are; but personally, looking back over the final minutes of that fight, I couldn’t help but be preoccupied with how fragile Endeavor looked. His victory doesn’t come as a result of unambiguously dominating his opponent — in fact, his body is entirely broken by the end and he only succeeds with help, luck, and sheer force of will. The people need a symbol to inspire hope and to assure them that there is true security within this society — but even as he raises his fist in victory, Endeavor never feels reassuring or invincible in the way All Might once did. 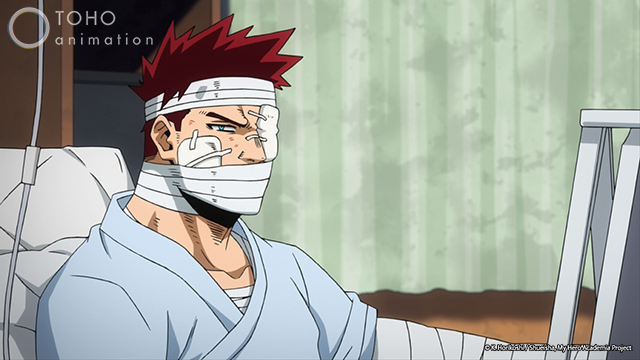 Of course, All Might himself doesn’t seem all that invincible these days, either. Like Endeavor, his last fight essentially ended in a draw by mutual knockout, resulting in a final, irrevocable loss of his powers. But while All Might sacrificed his powers for victory, his opponent didn’t really lose anything from that fight, outside of temporary freedom of mobility. Do we really think any prison’s walls can hold All For One for long? Particularly now that his nemesis is no longer there to confine him?

My Hero Academia's world has become fragile, losing the sense of cultural stability and moral certainty it once possessed. Recent arcs have also taken serious, lasting tolls — even the Overhaul arc, though it ended in victory, resulted in the loss of All Might’s talented apprentice, as well as the powers of one of the next generation’s top hero prospects. We are losing the support structures that kept this world aloft at a frightening rate, and there is no “second wave” of equivalent heroes replacing them. When a figure like All Might or Endeavor falls, the world is significantly more dangerous for it. 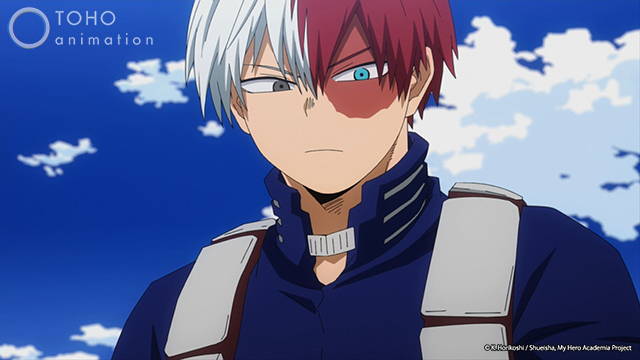 In light of this, even as the students of 1-A cheer for Endeavor’s victory, it seems that some of them understand the true significance of this event. When Todoroki arrives in class, Midoriya first asks him if his father is okay, a clear acknowledgment that he understands this moment's fragility. Where once Midoriya was inspired to heroism by the invincibility of All Might, who’d “save everyone with a smile,” he now understands that All Might’s very invincibility was part of his performance — just another part of the job. All Might didn’t smile like that because he was invincible; he smiled like that because he knew the people had to believe he was invincible, no matter what happened.

From the very start of this series, All Might has been wiping the blood off his cheek and smiling for the camera with certainty in his eyes despite knowing he’s the captain of a rapidly sinking ship. Even more than outright protection, the people needed certainty, and it was his job to provide it. Now, as the former caretakers of this world collapse, it’s up to Midoriya and his classmates to pick up their responsibilities — far ahead of schedule and on the cusp of a world that has become more complex and dangerous over time. A boy like Midoriya, who has lost teachers and seen the brutality of a full-on hero raid, can’t smile unconditionally at Endeavor’s victory — he can only feel briefly thankful for this respite while knowing it’ll soon be him up there gritting his teeth and grinning through the pain. 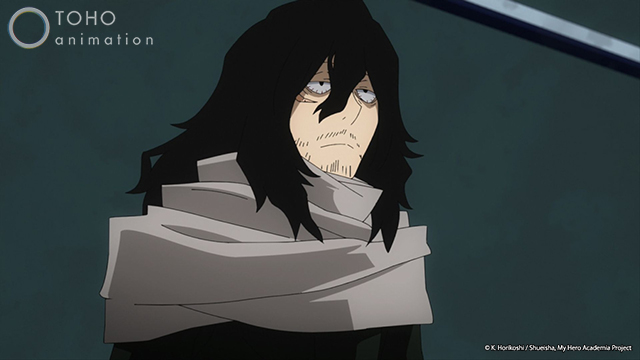 Eraserhead’s first words to his returning class are a reminder of this looming responsibility, as he tells them that “you need to stop playing around and be more aware of who you are.” Whether they’re ready or not, 1-A’s students are already symbols of hope to the world at large, icons who must be aware that their every action will impact the public’s sense of security. Like they did for their classmates during the school festival, they must now perform strength and confidence for the world at large or risk a wholesale loss of faith in a superheroic society.

It’s a heavy load for such a young group of kids. They are rapidly running out of time to goof off and discover themselves. From the rise of Stain onward, My Hero Academia’s world has been experiencing a surge of resentment toward the heroic status quo and a loss of faith even among those who still love heroes. While some of Midoriya’s classmates still see themselves as the audience, cheering on a hero who seems larger than life, others are keenly aware they’ll soon be filling those titanic shoes. It is easy enough to believe in the heroism of another; it is much harder to become that hero, wiping the blood off your cheek before the cameras can see and smiling for the crowd like you believe you could never fall.

What do you think of the looming crisis in My Hero Academia? Let us know in the comments!