POINT/COUNTERPOINT: Why Do Subaru and Emilia Succeed While Other Couples Fail?

The main Re:ZERO duo have more than chemistry going for them 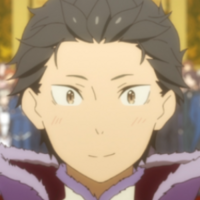 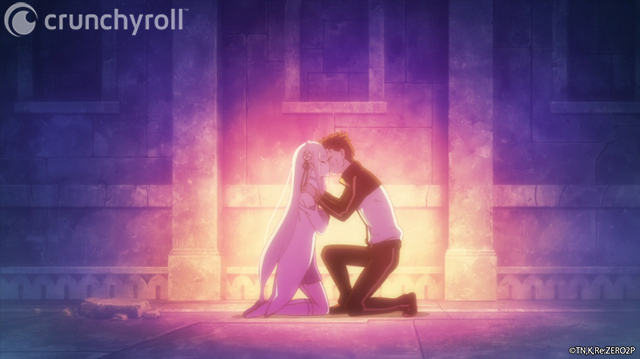 Editor's Note: This is the first of dueling articles analyzing the best relationship of Re:ZERO. Rem fans click here.

The characters in Re:ZERO -Starting Life in Another World- go through a lot of hardships, but there's one that doesn't get enough attention: It sure is hard to fall in love, huh? We start the series by having Subaru meet and fall for Emilia right away, which predictably doesn't go well for him for a while. As the series goes on we find plenty of similarly one-sided relationships: Roswaal to Echidna, Ram to Roswaal, Garfiel to Ram, Rem to Subaru. Why are all these characters getting caught up in unrequited love? Well, it turns out they all have one thing in common: unrealistic expectations.

Infatuation is a strong feeling. When Subaru meets Emilia for the first time, he is instantly head over heels — obviously because she is beautiful, but also because she is kind and assertive. She also happens to be exactly his type, if the light novel merch of girls with silver hair and purple eyes we see in his room is any indication. Subaru immediately puts Emilia on a pedestal, vowing to protect her at all costs and defending her against all criticism. Early on, his efforts backfire spectacularly as Emilia feels constrained by his possessiveness and showers of praise, giving him a piece of her mind on more than one occasion. His heart's in the right place, but by dedicating himself to the image of Emilia he has in his head instead of the real person in front of him, he stops short of ever being able to really connect with her and ends up inadvertently pushing her away. By performatively acting as her “knight,” he isn’t winning over her real feelings as much as trying to blackmail her with his “good deeds” into loving him back. 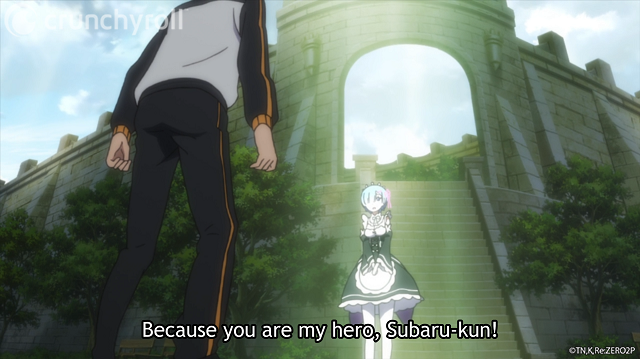 Here's the thing, though: Just about everyone in this show has this problem. They may express it in different ways — not all of them are stupid enough to get into an actual fight with Julius like Subaru did — but the core issue of seeing their romantic interest as much more than they actually are remains. Garfiel attempts to woo Ram by showering her in compliments, despite Ram clearly not being the type to appreciate all the unsolicited comments. Ram in turn is slavishly devoted to Roswaal, valuing his life over her own despite him clearly seeing her as little more than a tool to be used for his grand plans. Which is ironic, because Roswaal himself has an attachment to Echidna that is itself based on an uneven level of care he doesn't see, either. Like in all of her relationships, Echidna is in it for herself, will say anything to anyone if it gets her closer to what she wants — and Roswaal fell for it hook, line, and sinker.

But no one in Re:ZERO has it as bad or well-documented as Ram and her undying, possibly misplaced devotion to Subaru. Yes, everyone loves the blue-haired maid, it's undeniable that she is kind and deserves all the happiness in the world. But her image of Subaru is skewed intensely toward him being a more selfless, heroic person than he actually is. This is a natural result of Return by Death allowing Subaru to more or less choose the most ideal outcomes in every situation, so it's not really Rem's fault that she sees him this way, but it does both of them no favors. Rem's offer of love to Subaru, if he had accepted, would have cut his growth as a person short, because it would have absolved him of feeling any responsibility for the mistakes he made that led to that moment. Similarly, Rem is a very capable person herself; the only thing holding her back is her guilt toward her sister driving most of her decisions, and shifting that devotion to Subaru instead would only move that problem laterally when what she really needs is to spend more emotional resources caring for herself. As heartbreaking as it is, Subaru rejecting her was the best thing for both of them at that moment. 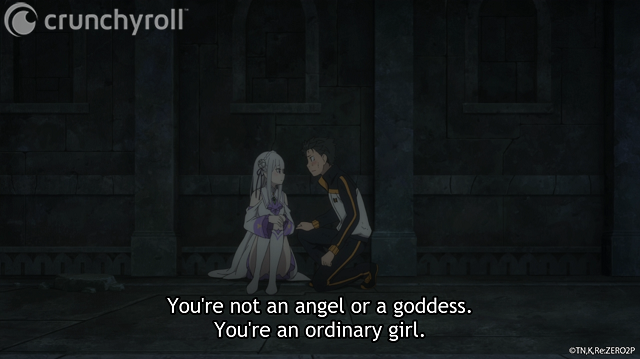 Why, then, do Emilia and Subaru end up working out so well, when earlier it seemed like Subaru was just blowing it with her? The answer lies in the core of Subaru's evolution in the story so far: reconciling his desire for everyone's respect with the reality that he — and no one else for that matter — will ever be perfect. Growing up in the shadow of his dad caused him to develop a complex about his failures, ironically leading to him shutting himself out from the outside world. Subaru found the pressure so high that he thought it would be easier to try to fail so spectacularly that his parents would disown him, freeing him from his expectations of himself. As he realized during his Trial, though, his parents cared more about his well-being than any perceived success, and he finally felt empowered to move forward in life knowing he can, and will, make mistakes, and that he isn't a failure for it.

The kind of strain he was under because of the pressure he felt to live up to his dad mirrors the strain he put Emilia under by insisting she could do no wrong. By realizing he could be a worthwhile person without being perfect, he fully realizes that everyone else, including Emilia, is imperfect too. When the time comes again to root for her as she goes through the Trials herself, he learns from these revelations and doesn't try to sugarcoat the hardship she will be going through. Instead, he sympathizes with her, helping her acknowledge that she might not yet have the courage to face the past that pains her to think about, or the future that threatens to scare her further. He offers her support as a friend, telling her he believes in not only the person she is, but the even greater person she can become, warts and all.

This respect for the person she is, not the person Subaru imagines her to be, allows him to finally get through to Emilia. And for Emilia, that grounded support — not the kind from a parental figure like Puck or an uncritical retainer like Subaru used to be — is something she's never really had before, giving her the strength to carry on. Emilia reciprocates, playfully criticizing Subaru while propping him up and encouraging him to do his best as he faces his own hurdles. That mutual respect is the foundation of a real relationship, one that helps them both to save Sanctuary in their own ways, knowing that they have each other to lean on when times get tough. This culminated with Subaru officially becoming Emilia's knight at the end of Season 2, a moment that feels earned because of the real bond that has finally formed between them. 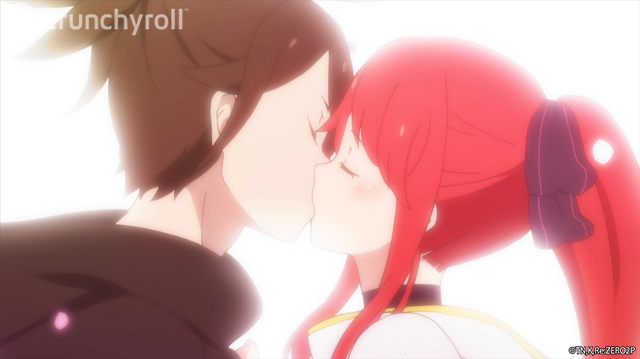 In addition to Emilia and Subaru, we've seen happy couples in the form of Subaru's parents as well as Wilhelm and his deceased wife, the previous Sword Saint Theresia. While it isn't likely we'll see a whole lot more of Mama and Papa Natsuki, Wilhelm is still around, and it would be interesting to explore his relationship with Theresia more, especially since he has an extended family including the current Sword Saint Reinhard. From what we've seen of them so far, it seems like they had a reverse dynamic from Subaru and Emilia. While Wilhelm was crude and disrespectful, Theresia's blunt nature eventually broadened Wilhelm's perspective on himself and the world. It would be interesting to explore their past together more as the story progresses if we get the chance.

With Subaru and Emilia's success thus far, other characters in Re:ZERO -Starting Life in Another World- could stand to learn from them if they want to find more fulfilling relationships in the future, romantic or otherwise. Like most things in this story, the lesson is simple to articulate, but difficult to practice: self-respect leads to mutual respect, and we all in turn become stronger by supporting each other through our strengths and flaws. Now that Subaru has been knighted, it will be exciting to see what he and Emilia can accomplish working together.

Which anime couple do you believe in the most? Let us know in the comment below!