OPINION: How Cells at Work! Taught Me to Embrace Self-Care

How I learned to treat myself better thanks to Cells at Work! 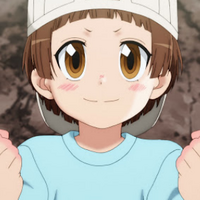 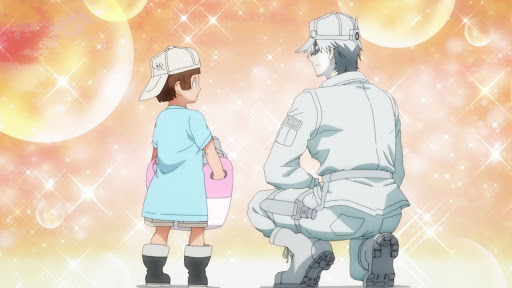 I won’t get into the nitty-gritty details of the things that have happened to me — we don’t have the luxury of time. What I will say is that my most recent psychiatric ARNP, while doing my assessment, said I had six lives’ worth of trauma packed into my 26 years. I chose unhealthy coping mechanisms. I struggled between the desire to feel everything and nothing at all, where poor circumstances bred poor decisions. 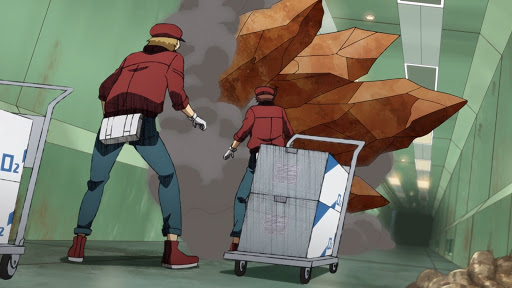 Initially while facing suffering, I was jaded. But after several abusive relationships, my feelings transformed into a helpless acceptance that I was unworthy of good things. The depression infected every instance of my life: I stopped eating; some days it took me three hours just to convince myself to shower; some days I couldn’t convince myself to shower at all. I swung between frantic insomnia and using sleep as an escape.

When I reached out to family and friends, I was met with an overwhelming tirade of toxic positivity. It felt like I was drowning beneath the riptide while they were standing on the shoreline screaming at me to learn how to swim. And so, I turned to anime. Anime has always been a part of my mental health regimen. I found that if I was able to laugh during a crisis, I was able to slowly reel myself back from devastating action. Several series have played this heroic role, and in this instance, it was Cells at Work!. 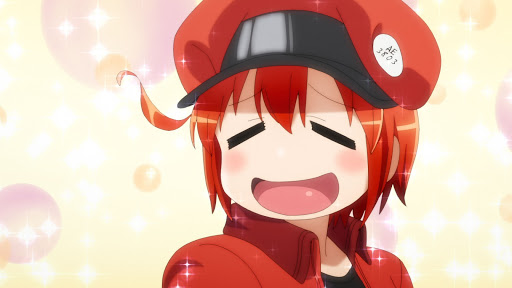 Cells at Work! was delightful, and like many, I was charmed by its cities of anthropomorphic cells: the somewhat ditzy and directionally challenged AE3803 red blood cell; the stoic and sometimes ruthless U-1146 white blood cell; the adorable platelets; the chiseled killer-T cells. It was a lovely little slice of life and comedy venture, giving me a much-needed escape from reality.

When Cells at Work! CODE BLACK started airing, I was more than eager to jump back into the quirky land and follow my cell friends for some comedy giggles, and at times, astute observations. I hadn’t read the manga, and I didn’t know this story would be one of a deteriorating body full of danger, loss, and chaos.

Suddenly, it all became real: the true consequences my actions were having on my body and the trillions of cells that are a part of it. I saw the effect downing a bottle of wine in one sitting would have on my liver cells; the demand facing my blood cells with an ever-decreasing supply of food and energy; the repercussions self-mutilation would have on my poor platelets — that doing so would be evicting cells just like AE3803 from her home, ridding her of her purpose, and ultimately denying her life. 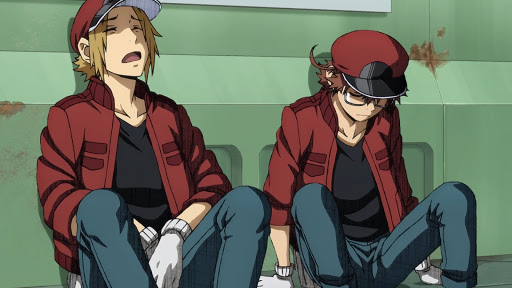 But unlike all of the conversations I had with others before — the counselors and the well-meaning mentors and the concerned friends and family — what I felt wasn’t disgust at my previous actions. It wasn’t circles of sorrow and self-hatred, nor was it an endless cycle of guilt and shame ... I wasn’t revolted by what I had done, rather, I was determined to be better.

My cells can’t yell at me. They don’t speak English. They have no HR, no benefits package, no union. I’m their only ally and advocate, the only one who can make their world better and work easier, perhaps even more meaningful. So I have to listen or they will strike and all the lights will go off. I have to, because if I don’t, who else will?

When I thought about it less like it was my blood and my body, and more like I was the mother or caretaker to all of these little beings, I was able to do things I couldn’t before: eat, exercise, hydrate, choose healthy coping mechanisms and refrain from self-mutilation. I now had a purpose, which wasn’t so loosely defined as “self-love.” I wanted to be able to provide a safe home and a good working environment so all of my cells could do their jobs. 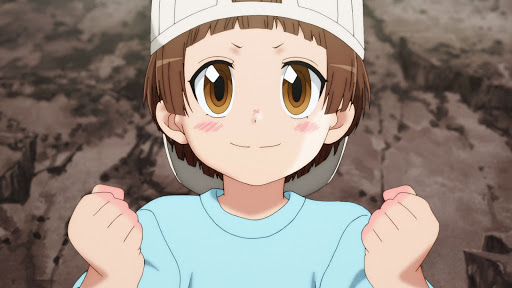 Slowly, I began to change.

Bit by bit, moment by moment, I took steps to try and help my cells.

I began to set an alarm to remind myself to eat. Eventually, this led to tracking those meals to see if I was getting balanced and proper nutrition, and later to meal planning to ensure the blood cells could do their jobs efficiently and without worry. I invested in some supplements to help me sleep; I stopped looking at electronics at midnight to give my brain time to wind down. I started each day by doing some simple arm motions and stretching, moving up to walking and gentle yoga routines, to finally going for a run this last week, in hopes of helping my blood circulation and increasing my blood pressure since I have severe hypotension.

I’ll admit, some days are harder than others. At times, I mess up. I don’t manage to cook a healthy meal or I can’t get out of bed. But these slips are tenfold healthier than my previous coping mechanisms and I acknowledge that I’m human. Mistakes, accidents, and blunders are bound to happen, but I can minimize the damage and I can try to prepare for those days when they come. Some days the destructive urges are there, but the key is that I don’t act on those harmful impulses. I’m able to control myself and reach for healthier alternatives because I can’t bear the thought of hurting my cells more than I already have. I have to be better for them. 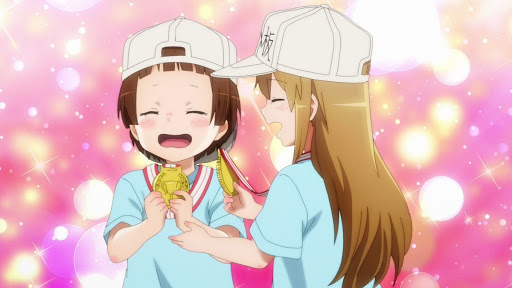 So many times I have had people tell me that I have to put on my own face mask before helping someone else. While that all makes sense in theory (I can rationalize it), putting it into action and practice is an entirely different experience. It doesn’t in any way recognize that having a life and living it for oneself is a lot of pressure. The overbearing crush of expectation compounded with the unrelenting belief that I am undeserving of basic life necessities. How many of us feel unworthy?

In the face of death, severe stress, and exhaustion, NT4201 (AE3803’s junior) asks: “Even if we try our hardest, do you really believe it’ll change anything?”

How many times have I asked myself that question, unable to find an answer?

Fortunately, Cells at Work! provides one for us. Throughout the series, we see cells helping each other as they go about their daily lives. It’s not just that their tasks are their jobs and that is their sole purpose. They strive to work their hardest for the others that live there. AE3803 persists because “Everyone is trying their best. I also have to do this too.” 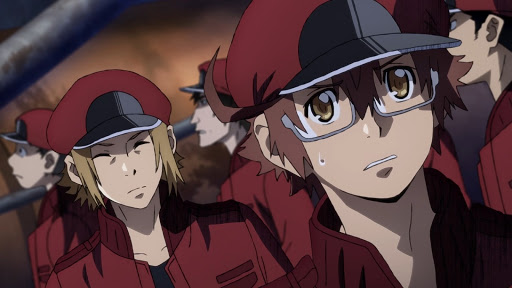 In Cells at Work! CODE BLACK, AA2153 has a similar experience. He asks white blood cell U-1196 if their jobs are really worth risking their lives for. She replies: “We might be working so we can find the answer to that.” The series confirms our experience — there are things we cannot control; bad things happen. Even so, there are actions we can take and people we can rely on because we’re not alone.

I couldn’t do it for myself. But I could do it for them.

Cells at Work!’s personification was the allegory I needed to commit to self-care and a healthier lifestyle. It reminded me that sometimes it’s not the big things that keep us here ... sometimes it’s something as small as a single cell working their hardest that leads to revelations and meaningful change. 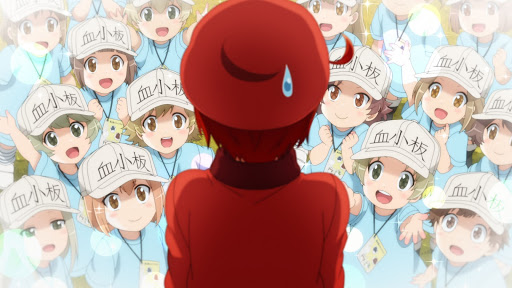 I hope I can live in a way my cells can be proud of. I hope I can give them a better life.

How has anime helped you practice self-care? Which anime has encouraged you to lead a healthier life? Let me know in the comments below!

Annie is a writer for Crunchyroll Features. She hopes her platelets know how much she loves them, and she still has a mega-crush on white blood cell U-1196. She also runs Annieme, a blog committed to anime and mental health. Follow her @anniemeaddict.