INTERVIEW: So I'm a Spider, So What? Opening Song Artist Riko Azuna

Read the English language translation of the interview with So I'm a Spider, So What? opening song artist Riko Azuna! 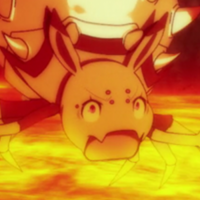 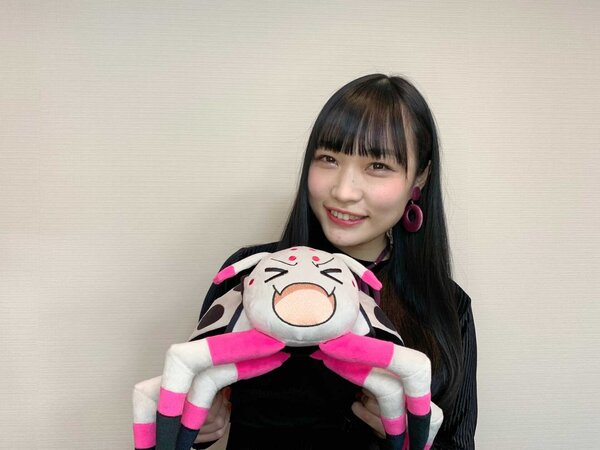 In coordination with the current season of So I’m a Spider, So What?, Crunchyroll News was given the opportunity to officially translate interviews with the staff and cast of the series. You can read the original Japanese interview with Riko Azuna right here.

So I'm a Spider, So What? Relay Interview: Opening song artist Riko Azuna. "I sung it with the image of Kumoko being determined to get stronger in my mind."

Part 6 of the relay interview series showcasing the TV Anime So I'm a Spider, So What? features the artist who sings the opening theme song, "keep weaving your spider way," Riko Azuna-san. How did this song that brings to mind the indomitable "Me" (a.k.a. Kumoko) come to be? We spoke to her all about it. 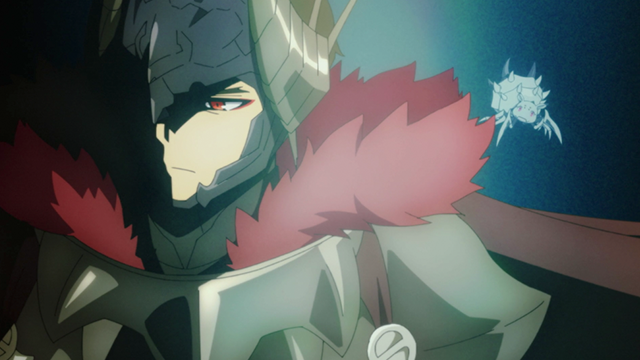 —The opening theme "keep weaving your spider way" has a pretty intense rock sound to it.

Azuna: It's got a harder edge than anything I've sung before. I listened to it hoping that it would help me discover a new facet of my singing, and afterwards my first reaction was, "I absolutely want to sing this." I even went home and told my mom about it. (Laughs)

—There's a slightly dark feel to it as well.

Azuna: I honestly think it's really cool. In particular, there's the part where the atmosphere shifts with the D-chord. The way it feels like you're descending into a dark dungeon, or hell, really gives me chills. The shift in tone is enough to make me wonder, "Is this even the same song?" but thanks to the arrangement and the melody, there's also an air of mystery in the final recording.

—The lyrics are pretty powerful, too.

Azuna: I really like the hook where it goes, "Think like the alternative is gonna kill you." It's sung like someone trying to encourage themselves, but I'm sure listening to it gives you the same feeling.

—Was there anything you paid special attention to during the recording?

Azuna: I was really conscious about how much I wanted to put my idea of "strength" into the song. I went into the recording after having read the original novel, and instead of trying to get into Kumoko-chan's headspace, I approached the song like it was a Kumoko versus Azuna battle, where I didn't want to lose. 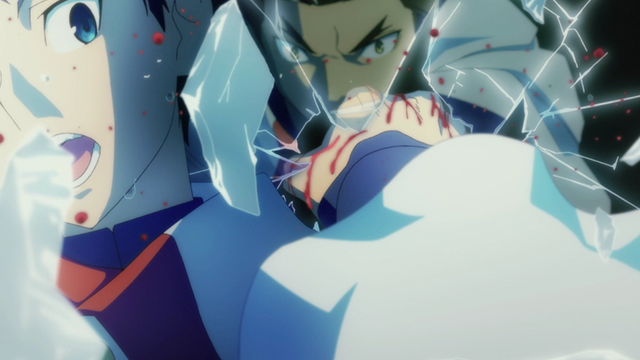 —Strength is one of the themes of the song.

Azuna: It's got more of a definitive statement of intent to become strong, instead of just wishing for it, so I knew that I couldn't approach it the way that I have in any of my other songs. In that sense, the recording was a bit difficult. There was still that weak feeling inside me, that feeling of wishing I was strong. It was a bit of a struggle. That psychological element is crucial because it can creep into the song and dilute the feeling of it, which makes it weaker as an expression of Kumoko's intent to become stronger.

—Was there a lot of trial and error involved then?

Azuna: I was pretty desperate to express "strength" properly, but the plus side to that was that it helped me focus, and the recording went smoothly because of that. Being able to prepare was a big factor. In the past, I'd just sing however I felt in the moment or would be more improvisational, but this time I had a lot of specific ideas about how exactly I wanted to do things.

—So those preparations helped you get across the concept of strength. 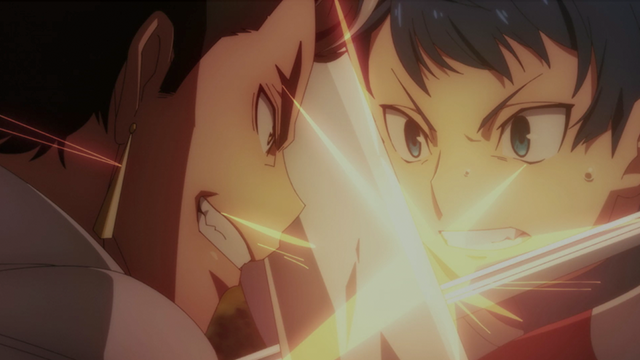 —Could you tell us a bit about the production of "tear the score?"

Azuna: During the composition meeting, "tear the score" was proposed as a Riko Azuna song. The question of what kind of artist I want to be came up. But at the time I didn't have an answer ...

Azuna: When I started thinking about what kind of music I wanted to do, there were some things I realized. I wanted to make the kind of songs that are a good match for someone who thinks, "I'm in this kind of mood, so I want a song that goes with it." I realized that I wanted to be singing music that's encouraging or comforting in those kind of moments. So when I was asked, "What do you want to do?" my instincts were all reactionary. I hadn't really come to grips with what I personally wanted for myself, and didn't end up saying much during that meeting.

It ended up really bothering me for a while. So for the lyrics to "tear the score," I focused on those feelings of wanting to make someone smile, and at first the motif that came to mind was a clown. But just being laughed at isn't enough. It wasn't exactly what I wanted, but at the same time I realized I was coming up empty.

—Did you utlimately manage to find what you were looking for in yourself?

Azuna: After thinking on it, I came to think of myself as a hand-cranked music box. That tends to be the kind of gift that you buy for someone else, with a lot of sentiment behind it, right? And then when you want to listen to it, you wind it up. But I realized how hollow the feeling of, "It'd be nice if you listened to me whenever you felt like it," was, and that was when I came to grips with my personal weakness. The next day, I told the director, Rei Tanaka-san about it, and they created a powerful melody and put lyrics to it. I feel like I took a real step forward with that song. That was when I really started to understand what I was singing for. 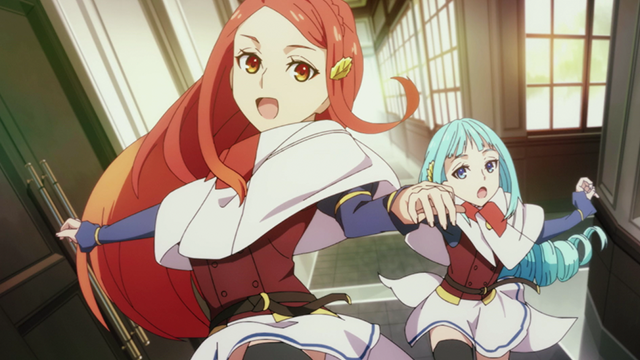 —Tell us more about that.

Azuna: Previously, I've talked a lot about how I sing to make my dream come true. And while that's true, specifically, after I turned 20, I started to realize how many people around me were more amazing, and I started to hope that someone would discover me. The method I chose to stand out was singing. I love singing more than anything else, and I feel it expresses who I am the most strongly. I wanted singing to be how people would find me. And I only realized that after thinking like the alternative was going to kill me.

—And realizing that vulnerability is what helped you make a breakthrough for "keep weaving your spider way."

Azuna: Right. I couldn't have sung "weaving your spider way" without doing "tear the score" first. This single release tells a lot of my story in a sense, and in some ways, it feels like a rebirth.

—Now that the music video for keep weaving your spider way has premiered, is there anything you'd suggest looking out for in it?

Azuna: The best part is how it conveys eerie beauty and a sense of strength! The way it was filmed so artfully is a big part of that, as well as the performances by the dancers involved. Other than that ... I hope people can tell how determined I felt. (Laughs) I know that among my fans, I have kind of an image as a crybaby, but I posted on Twitter how, "The days of Azuna always crying are over," and I think the music video expresses that kind of strength. 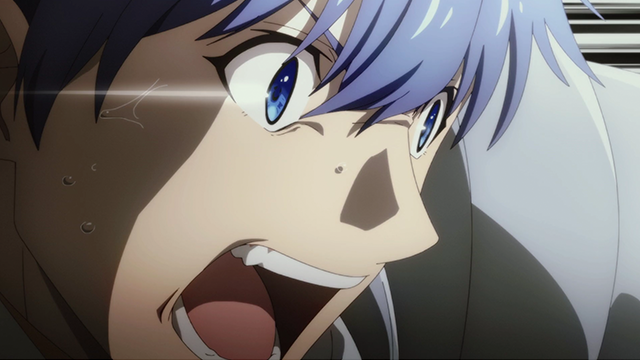 —What did you think of the opening animation for So I'm a  Spider, So What?

Azuna: Since I read the original novel and know what direction the story goes in, I was able to recognize a lot of the characters and was excited about all the foreshadowing. The battle scenes that play during the hook are also great. I'm really grateful for how well the animation matches the lyrics.

—What was your first impression of So I'm a Spider, So What?

Azuna: The first thing I was given was the comic adaptation, and the cover had a high school student on it, so I thought that she was the protagonist despite the title ... but it really was the spider, which came as a surprise. (Laughs) I'm actually terrified of spiders!

Azuna: After reading the first volume, I was even more shocked. Then I started reading the original novels, and I thought it was interesting how many life-or-death scenes there were. The fact that things seem so bleak so frequently, but she always makes it through, is really exciting. Then there's the way that she tends to come up with humorous comparisons when she's really in danger. Like when she's unable to use her webs, she describes it as, "Natto without the bacteria that turns it into natto, which means it's just rotten beans." The fact that she's calm enough to make those observations is really cool, and makes you curious about what kind of tactics she'll use next time. Before long I had read through the whole series. 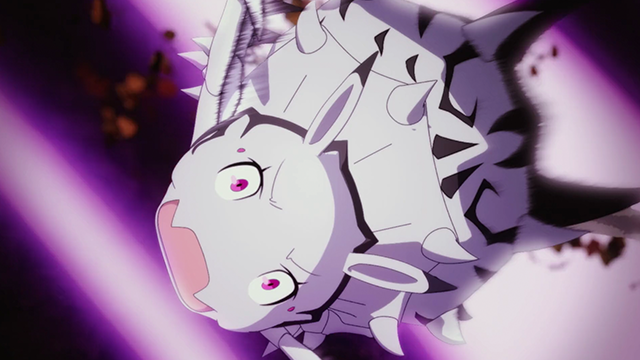 —You got over the fact that the protagonist is a spider, then.

Azuna: That didn't take long. During the recording of "keep weaving your spider way" I encountered a spider at home, and I wasn't scared anymore. It was in the morning, and I didn't even kill it, I just thought about how it must be trying hard to survive and smiled about it.

—Do you have a favorite character?

Azuna: Definitely Katia! The fact that she reincarnated as a girl after having previously been a boy makes me really curious about what direction her character will go in.

—Lastly, if you could give a message to the fans.

Azuna: This song helped me, and I think that it will help a lot of people who are having trouble doing things that used to be easy, with the way the world is at the moment. It's not like a gentle nudge, but more like a shove in the right direction in musical form, and I really hope it will motivate people. There's a lot in the lyrics that will be relevant in the anime as well, so I hope you enjoy both.