FEATURE: Why Defeat Is So Devastating In One Piece

It's more than just a simple failure of bodily strength 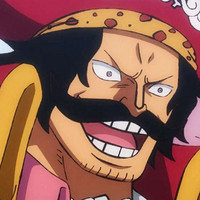 Years ago, back when One Piece was still new and Luffy was still floatin' around the East Blue looking for pals, a fan asked Eiichiro Oda: "Why doesn't Luffy ever kill his enemies?" He hadn't offed Helmeppo, nor had he put the finishing touches on Captain Morgan or Mohji the obnoxious lion tamer. Those dudes were definitely willing to get rid of Luffy in a permanent fashion if they got the chance. So why didn't Luffy return the favor?

Answering in his SBS Question Corner, Oda's response (Volume 4, Chapter 30) was simple: In the One Piece world, to be defeated is "as bad as death." These are men that live by their strong ideals, and to see them shattered (by Luffy's stronger ideals and/or by his fists) is the most crushing blow they could possibly receive. So when you see them lying there, they're still alive, but the world as they know it has ended. Because their beliefs make up how they see and approach the whole world. 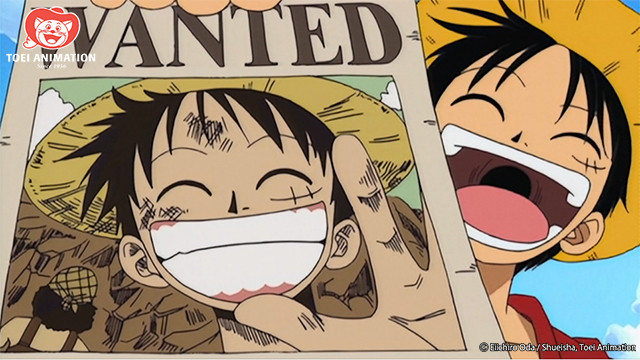 I dig this approach for a few reasons: first of all, it means that Oda can bring back characters as needed, intertwining them anew in the story without having to say something like "But Crocodile didn't die, thanks to eating the Not Dead-Not Dead Devil Fruit at the last second!" Secondly, it adds tremendous impact to the moments when characters actually do pass away. There's a reason why Ace's demise is so huge and why so many of the flashbacks hit so hard — these good figures are truly gone, standing up for the things they believe in until the very end. And third, it ties into a grand theme of the One Piece itself.

In One Piece, the symbols of power, strength, hope and dreams are often far more important than the actual weight that they have. Gol D. Roger earned the moniker of "The King of the Pirates," but he doesn't rule over anything. He has a strong crew, one that he uses to conquer the seas, protecting and battling in equal measure, but he doesn't really seem to focused on controlling his domain. Instead he's simply the most prominent figurehead of the common aspiration among pirates: That with the right ideals and the right crew, you can also live a free life and laugh as you please. 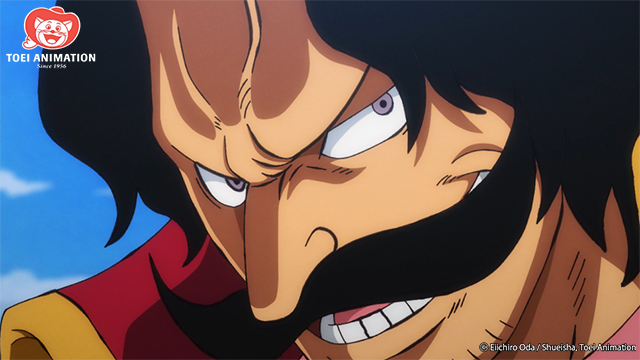 The Jolly Roger performs a similar function - an indicator of a kind of shared will. It's one of the reasons why Luffy gets so mad at Wapol for shooting at Hiriluk's flag. Not only is Wapol disrespecting the man's legacy, but Wapol is a pirate. He should know better. It's why the loss of the Going Merry is so dramatic and tragic. It's less of a boat and more of a reflection of the faith Luffy has in his crew and in his dreams. The physical nature of it, just like the physical nature of a body after being defeated in battle or an easily destructible flag or of Gol D. Roger himself, is secondary. All of it represents something much bigger, something that a whole generation of pirates decided was worth setting sail and fighting for. 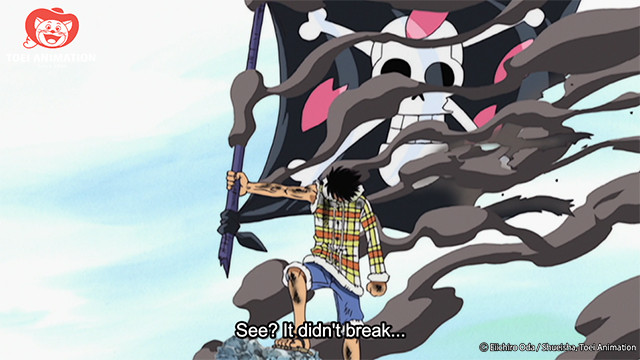 It's in this mindset that Oda has about his series and that he's imparted to his characters and their world that renders what the fabled One Piece actually is to be kind of a useless topic. Because whatever it ends up being, there's a big chance that it won't hold a candle to what it means as a concept to countless pirates. When Whitebeard exclaimed to the world that the One Piece exists, it wasn't just an acknowledgement of its physical manifestation (A manifestation that remains to be seen, as Oda has confirmed that the One Piece won't be something like "The friends we made along the way" or whatever.) Rather, it was also a shout to the world and to the Marines that want to control said world that, well, it was beyond their reach. The fact that men dream of finding the One Piece and have gone to search for it means that any phsical effort they make to exert their strenght is in vain. The One Piece does exist and, in a sense, always has and always will.

And so Luffy does not kill, because in a world of never-ending pursuit of adventure and romance, having your dreams squashed is the ultimate punishment. In One Piece, defeat is rarely a physical failure, but the failure of your values, of what you and your crew and your flag and your ship stand for. Roger's final words launched the voyages of countless people, so when some of them stare up at the sky, beaten down by Luffy's ambition, they realize perhaps the worst thing that one can on the Grand Line: That they have failed him.

FEATURE: Remembering The Immaculate Vibes Of Early One Piece