INTERVIEW: So I’m a Spider, So What? Shun Voice Actor Shun Horie

Check out the English language translation of the interview with So I'm a Spider, So What? Shun voice actor Shun Horie! 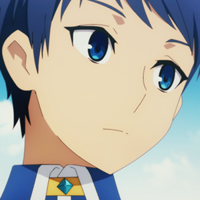 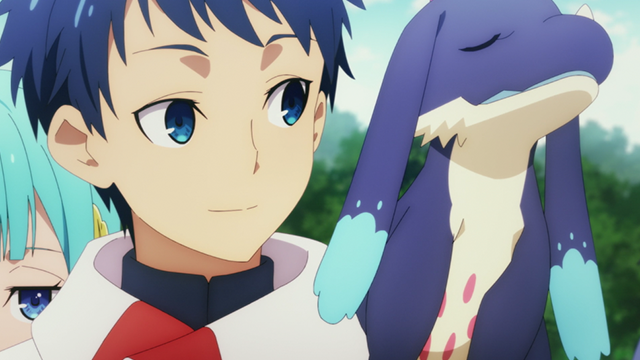 In coordination with the current season of So I’m a Spider, So What?, Crunchyroll News was given the opportunity to officially translate interviews with the staff and cast of the series. You can read the original Japanese interview with Shun Horie right here. 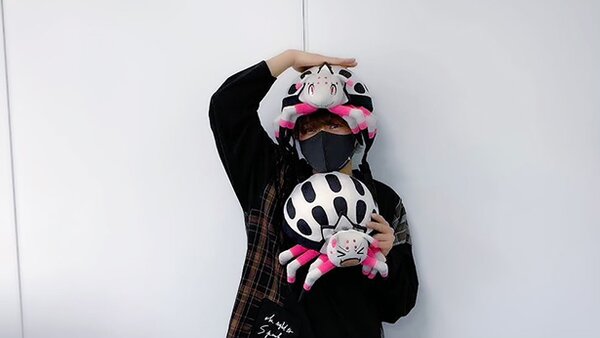 So I'm A Spider, So What? Relay Interview: Shun Horie as Shun. "He may not be very reliable right now, but it'll be interesting to see how he grows."

Part 4 of the interview series for the TV Anime So I'm A Spider, So What? features Shun Horie, who plays the character of Shun! How does he portray a character who's serious with a good sense of right and wrong, but still in the process of growing up? And what kind of drama will unfold in the human side of the story? We ask all about what to expect. 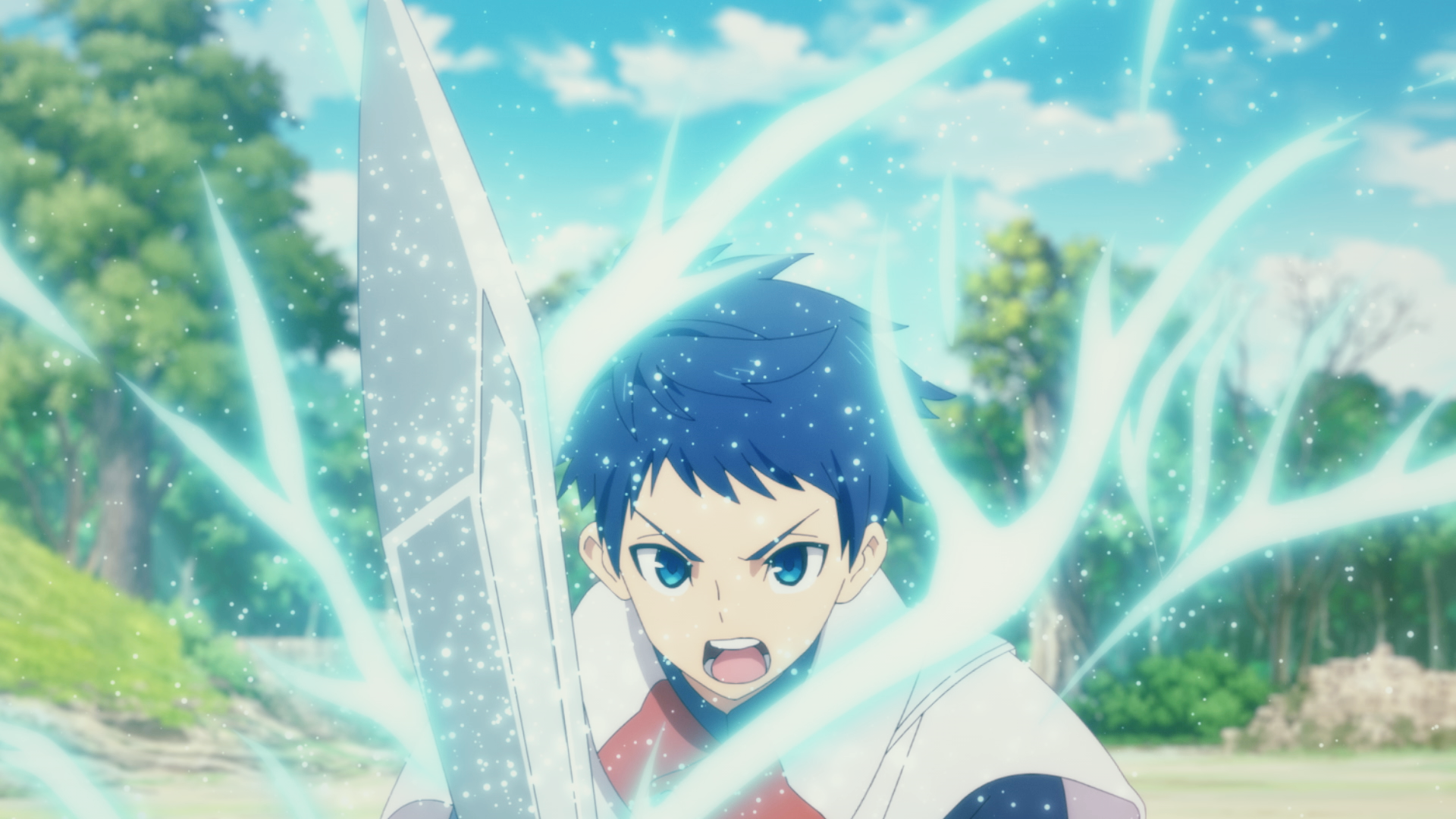 —The story has finally begun. What do you have to say about the first two episodes?

Horie: Early on it was explained to me that Shun is the protagonist of the human portion of the story, but he's still not quite acting like one, so you get the impression he hasn't sorted himself out yet. His adoration for his brother, the Hero Julius, is more strong than anything else about him, and it feels less like he's trying to live up to that example and more like he's just chasing his brother's coat tails. There's a mixture of, "Is he gonna be okay?" anxiety and, "He's just getting started," expectation.

—He does seem to be kind of infatuated with the idea of Julius whenever he comes up.

Horie: I agree. (Laughs) In the scenes where Shun talks about Julius, the audio director told me to talk in a higher pitch and to sound more excited.

—That's interesting. What approach did you bring to the role in general?

Horie: I was told at the audition to not make him seem too heroic, so I make sure to try and emphasize how weak and underdeveloped he still is. It ended up being harder than I thought, especially as the number of battle scenes increased. It's hard to maintain that underlying vulnerability. Take a scene where he's fighting with a sword, for example. It's difficult to know how much oomph to put into the sounds he makes. I've received direction to "make sure to leave some weakness in there" before. 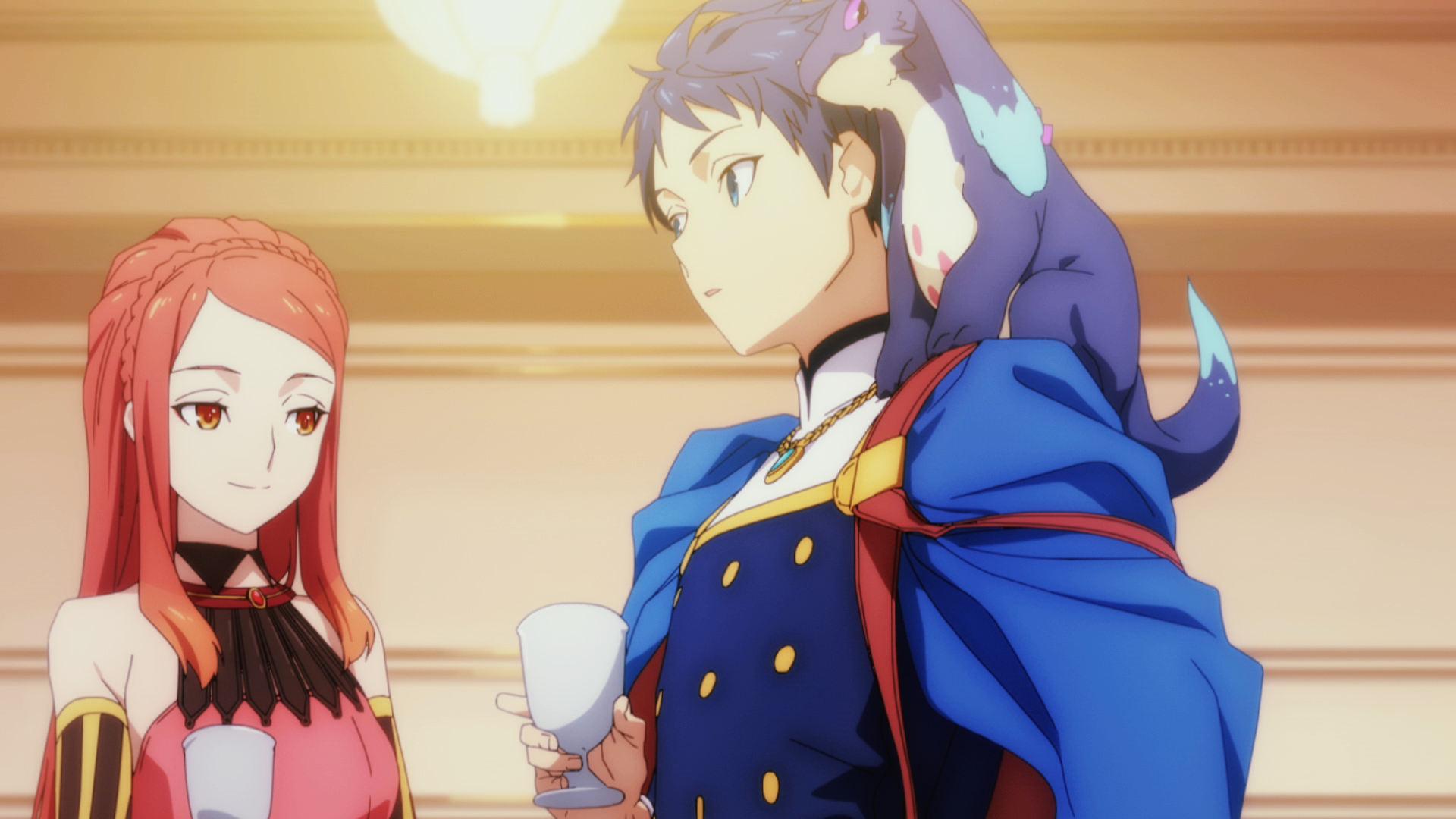 —Is the idea to show how gradually Shun grows over time?

Horie: I think so. Shun has a lot of trials waiting in his future, where he's going to get a little bit stronger every time. It helps to have that long-term perspective on where he's going.

—Was there anything particular about the human side of the story from episodes 1 and 2 that you wanted to make note of?

Horie: I think Hugo's presence is hard to ignore. You can feel how ambitious he is and tell how high of an opinion he has of himself. It gives him the impression of subconsciously looking down on everyone, which makes you worry about him becoming a source of conflict and misunderstanding.  He calls their teacher Filimøs "Oka-chan" and is casually friendly with his other classmates, but... you get the feeling he could be dangerous. 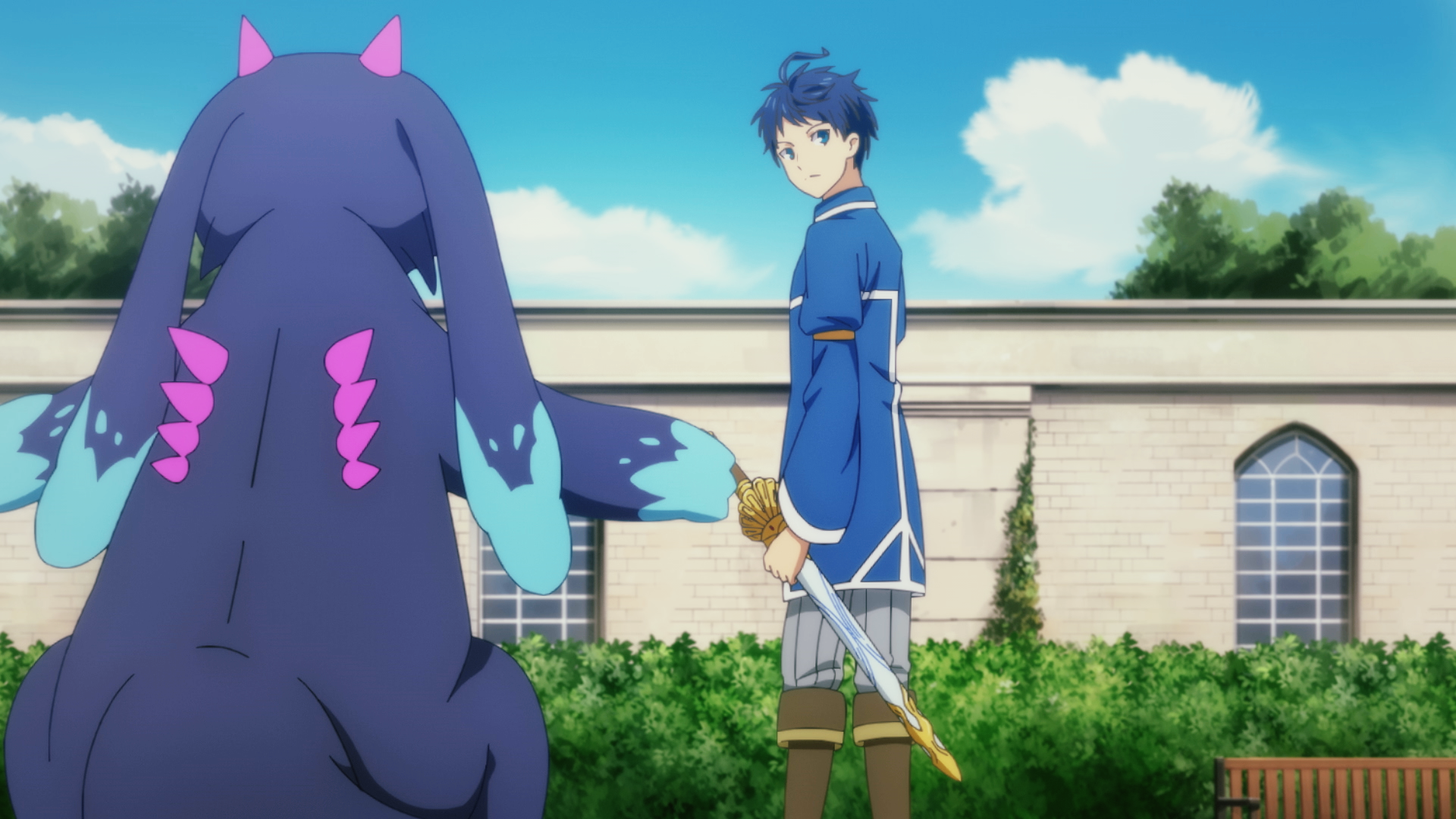 —There's a scene in episode two where Hugo talks about becoming the strongest human, and that doesn't seem to sit right with Shun.

Horie: Right. Because Shun thinks the strongest human should be his brother, Julius. (Laughs) I don't think Shun and Hugo's relationship is going to be smooth sailing going forward, but I personally can't bring myself to hate Hugo, so I hope things don't get too caustic between them.

—Kaito Ishikawa, who voices Hugo, is in the same talent agency as you, right?

Horie: We're recording voiceover in smaller groups, but I'm always glad when I get to work with Ishikawa-san. We both ended up as main cast members in another show at the same time as this one, and it's made things a lot easier, because there's a kind of natural interplay that develops from getting to work together frequently. There was an episode that was a big turning point in Shun and Hugo's relationship, and I told him afterwards, "That was fun," and he was glad to hear it. (laughs)

—Are there any other characters you find interesting at this point?

Horie: Yuri and Fei, I'd say. Yuri seems cute enough, but like her character introduction implies, she can get tunnel vision about certain things. There are scenes where she says some ominous stuff coming up, so I'm curious and anxious about how she's going to play into the story moving forward. As for Fei... I had a lot of trouble figuring out how Shun would interact with her. 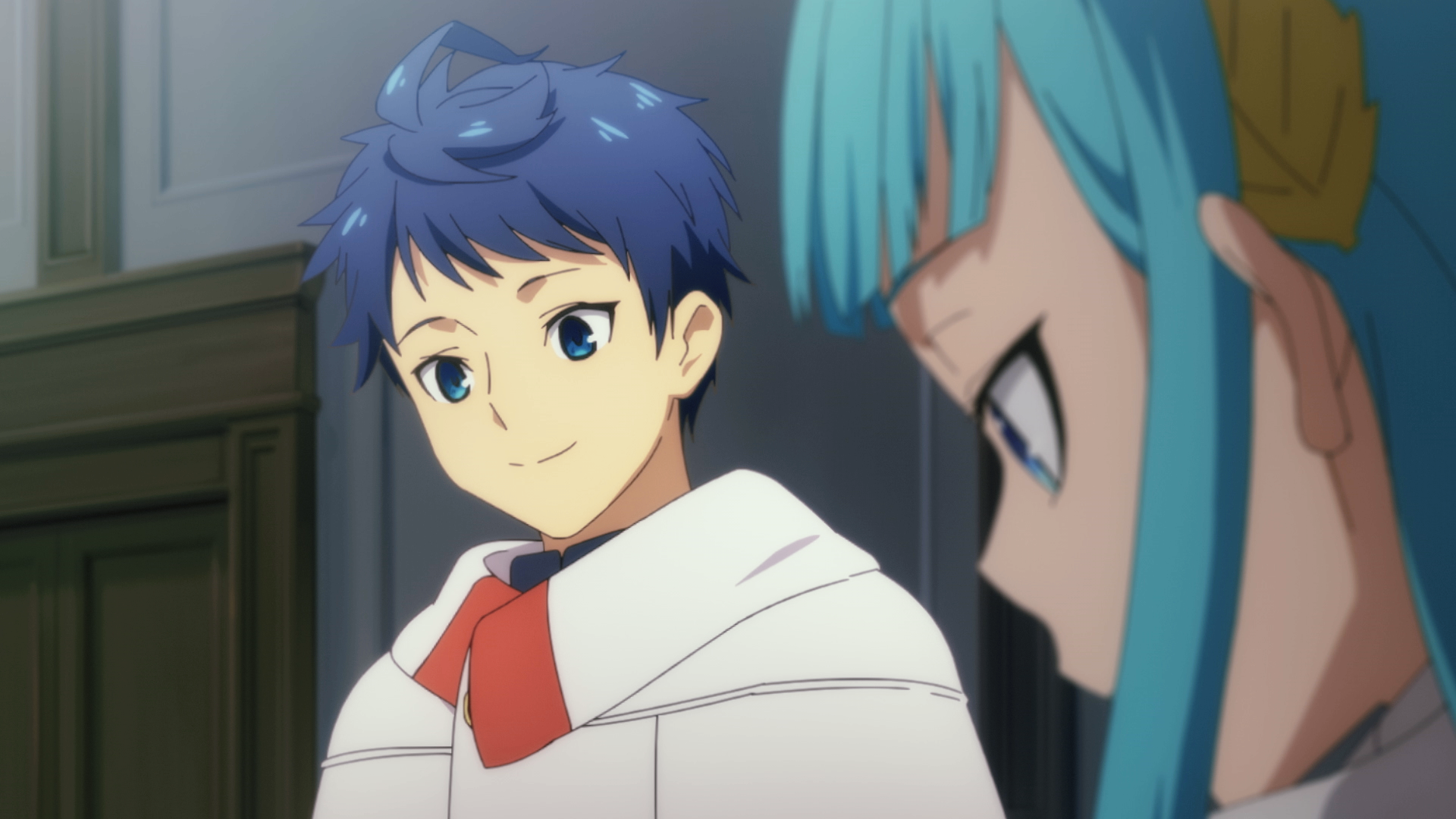 —What do you mean?

Horie: Fei is kind of like Shun's partner in a lot of ways. And I wasn't sure how to really dig into how they get along... Fei was a bully when she was a human, and thinks that her monster form is a kind of punishment for that. And when it came up, I thought about how, even though she's so close to Shun, she used to be a bully. I'm pretty sure that Shun knew that Mirei Shinohara (Fei's previous life) was bullying people. It made me wonder about the two of them becoming friends in spite of that. It kind of stuck in my mind...

—It sounds like you personally have trouble accepting it.

Horie: I think so. I believe the only person that she was bullying was a girl named Wakaba-san, and that her relationship with Shunsuke Yamada (Shun's past life) wasn't particularly rough. But it makes me wonder about Shun, who lets this bully ride around his shoulder like his partner. It took me a while to accept that. KitaEri's (Eri Kitamura) acting is really good too, and gives off a really stuck-up vibe, which just made it harder. (laughs)

—Was there anything in particular that helped you understand their relationship?

Horie: Moving forward, the story is really going to dig into what kind of person Shun is, and there will be a scene that makes clear what his position is relative to his classmates. Portraying things like that helped me understand, eventually. Anyone who is interested in the relationship between Shun and Fei will have plenty to look forward to. 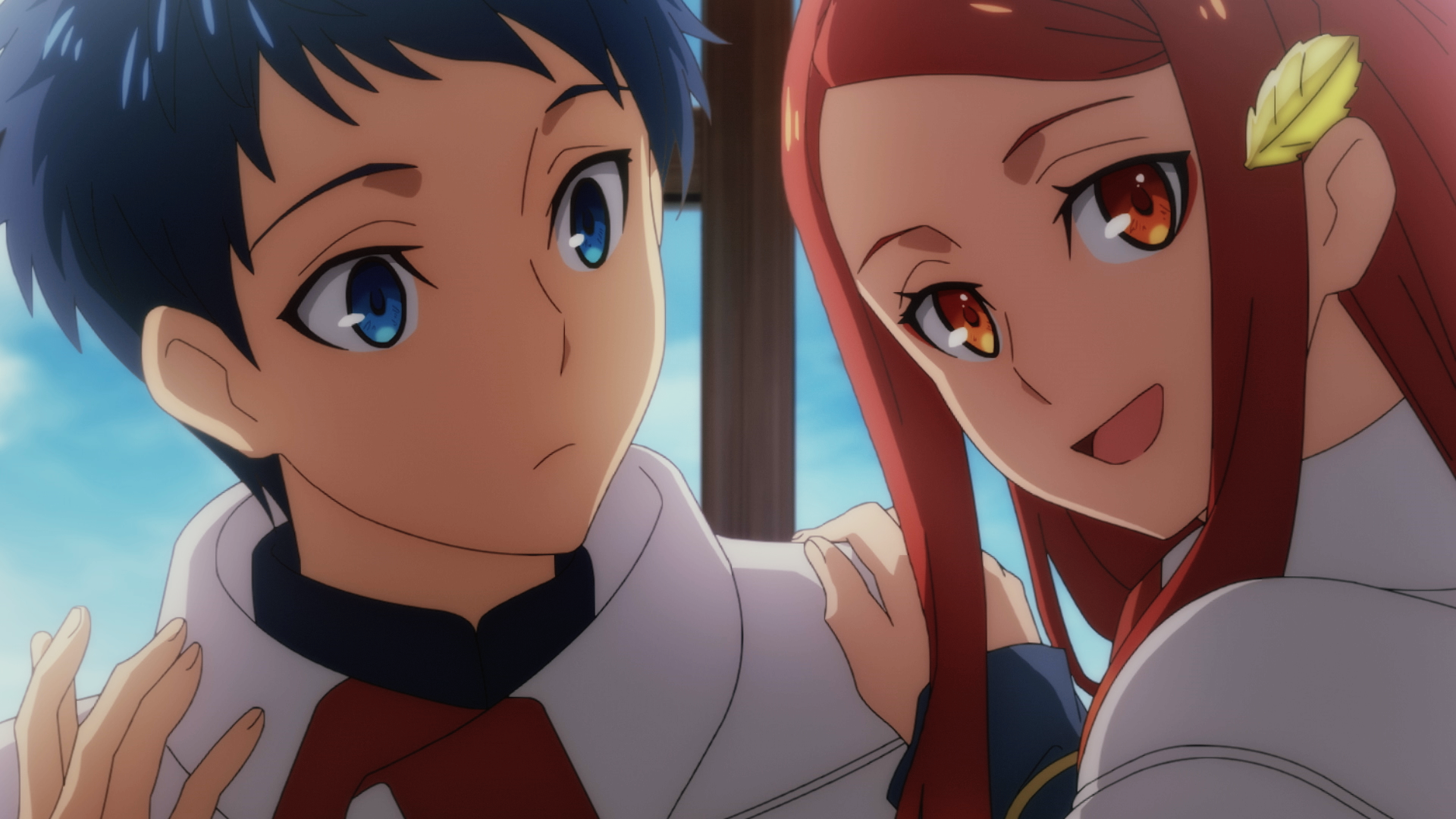 —On another note, what do you think of the Kumoko parts of the story?

Horie: There's such a clear distinction between the human segments and Kumoko's in terms of the atmosphere and the sense of world-building, it's almost like getting to enjoy two shows at once. When I first got the script, I didn't know that Kumoko would be 3DCG or that the human parts would be so smoothly animated, so it came as a surprise to actually see. It's interesting to watch the different parties doing their best in totally different situations. Other than that... I'm honestly intimidated by how talented (Aoi) Yuki-san is, especially since we work at the same agency.

—She had a remarkable number of lines in the first episode.

Horie: Oh, definitely. (Laughs) When I saw how much of the first script was nothing but Kumoko lines, I started to feel a little anxious. The human part of the story, especially in the second half, didn't have nearly as much, which really made how much Kumoko had to talk stand out in comparison. Yuuki-san records her lines separately, so usually those of us from the human part of the story just talk about how amazing her work turns out after the fact. (laughs) Her acting is honestly really incredible. She talks almost non-stop, yet you never get tired of listening to her, and she does a great job of accentuating every moment.

—The fact that your recording sessions are separate feels like the story being reflected in real life.

Horie: That's exactly the case. Until the finished episode is ready, I don't know what Yuuki-san's performance is like, so it's like we really did reincarnate into different places. Ishikawa-san, KitaEri-san and I will wonder how Kumoko is doing when we're recording. 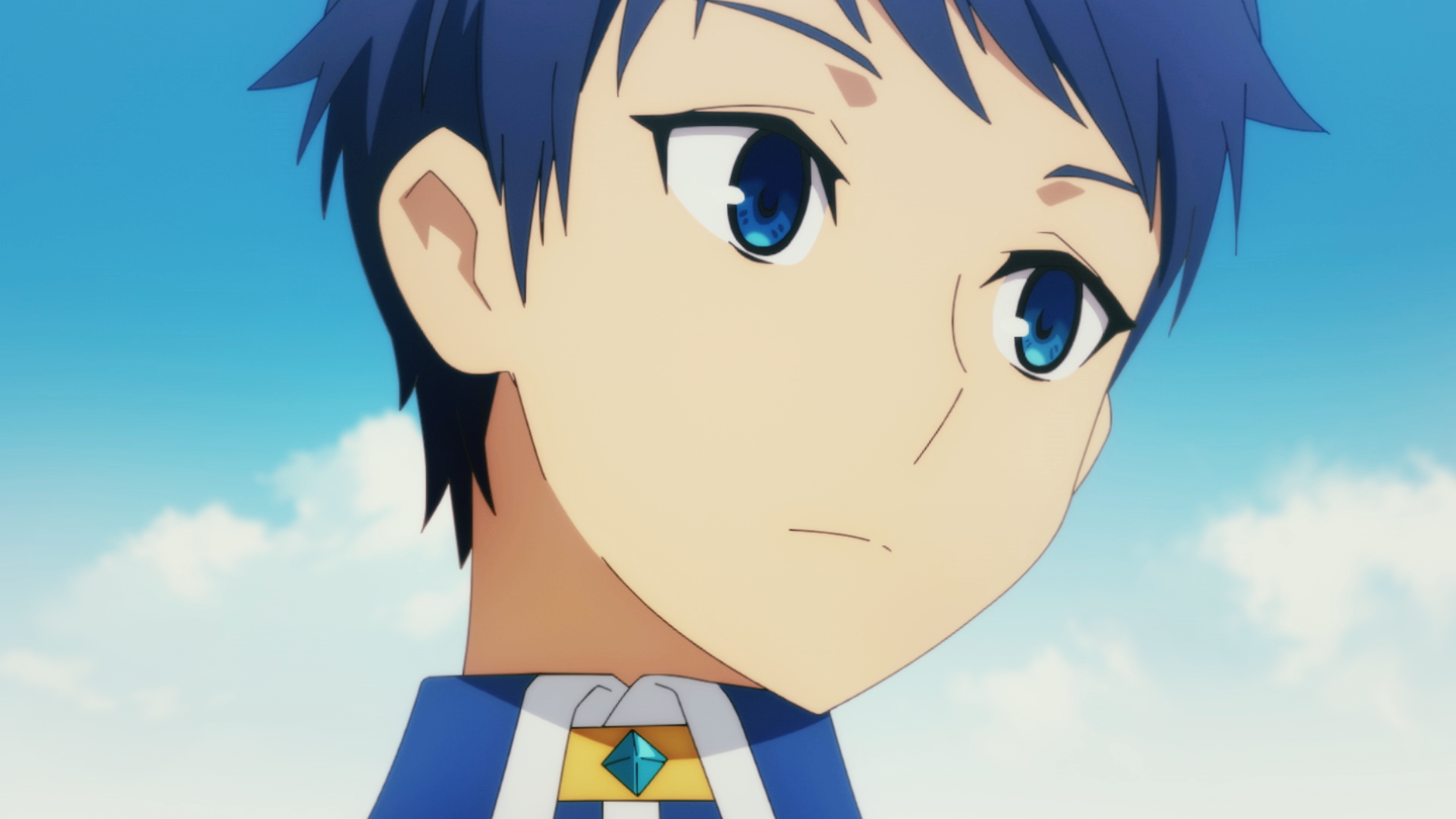 —Thank you for talking with us. Do you have anything you want people to keep an eye out for in episode 3 and beyond?

Horie: The situation starts to change drastically on the human side from this point on, particularly the relationship between Shun and Hugo. This will result in Shun starting to grow more as a prince and as a human being, so I hope people keep an eye on that. The further into the series we get, the more serious the situation becomes on the human side, but Kumoko will bring the laughs even as she encounters danger. Be careful not to get whiplash from the difference in tone. (laughs)

Tags
so i'm a spider so what, shun horie, shun
« Previous Post
Dark Lord Struggles in The Great Jahy Will Not Be Defeated! TV Anime Visual
Next Post »
Durarara, Silver Spoon and More Are Leaving Crunchyroll
Other Top News
14 Comments
Sort by: