My Demon Slaying Little Sister Can't Be This Incredible?! 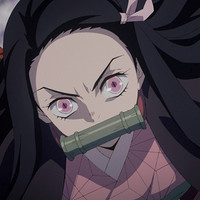 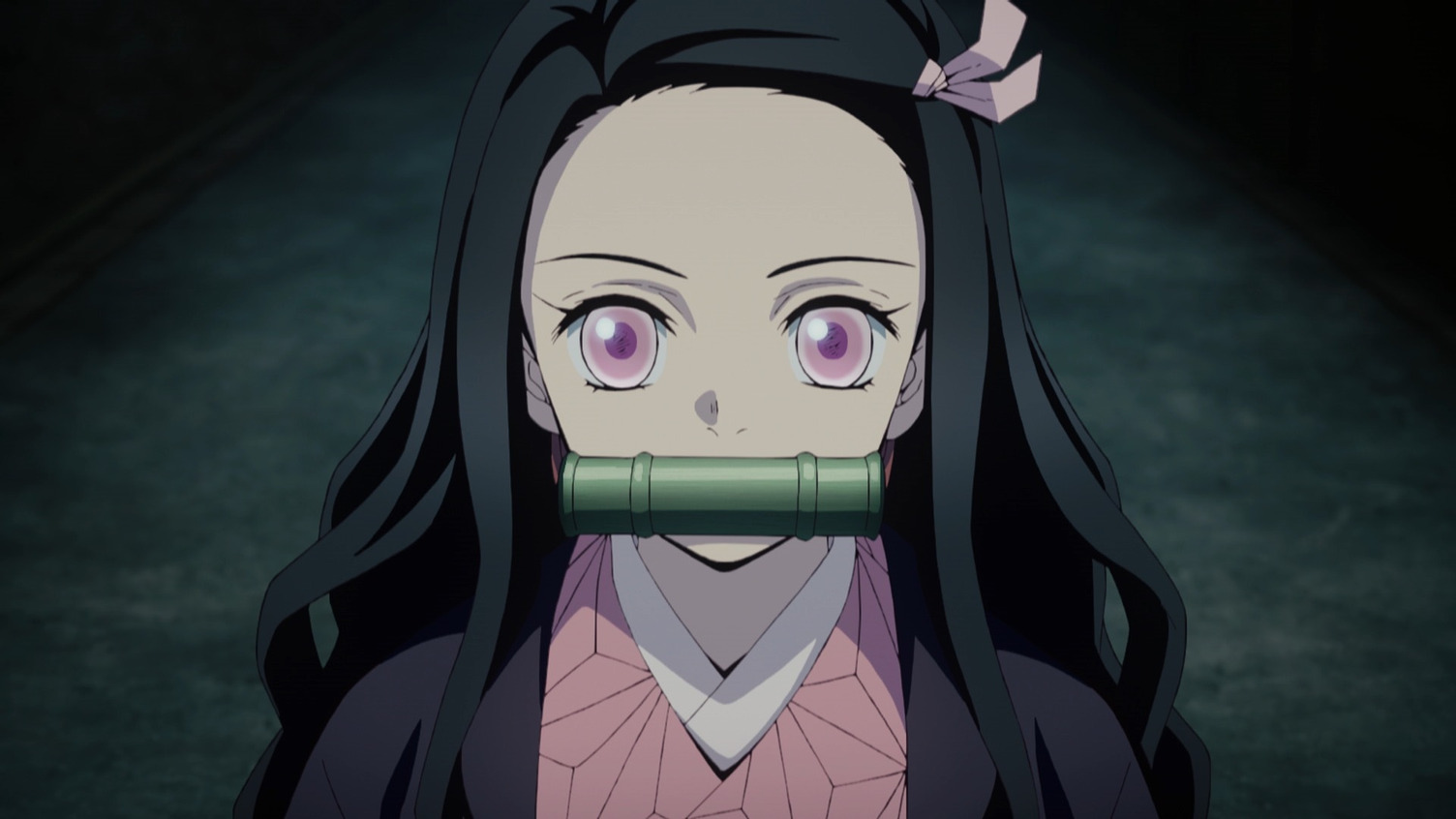 Watching Demon Slayer: Kimetsu no Yaiba as an only-child was a little awkward. Not because I couldn’t sympathize with stories about siblings, but because, frankly, I wasn't expecting such an emotional rollercoaster. Like many stories about siblings bonded by trauma, Demon Slayer's fixation on Tanjiro and Nezuko's relationship makes any conflict feel dramatic. Classics like Hiromu Arakawa’s Fullmetal Alchemist series similarly thrive on escalated sibling feelings — literally spilling blood for each other because of how intense this flavor of kinship gets. However, unlike Fullmetal Alchemist, Demon Slayer isn't solely a brother-in-arms kind of story but something very specific and different. It’s a little sister’s story in a morally ambiguous world.

No Such Thing As Black And White 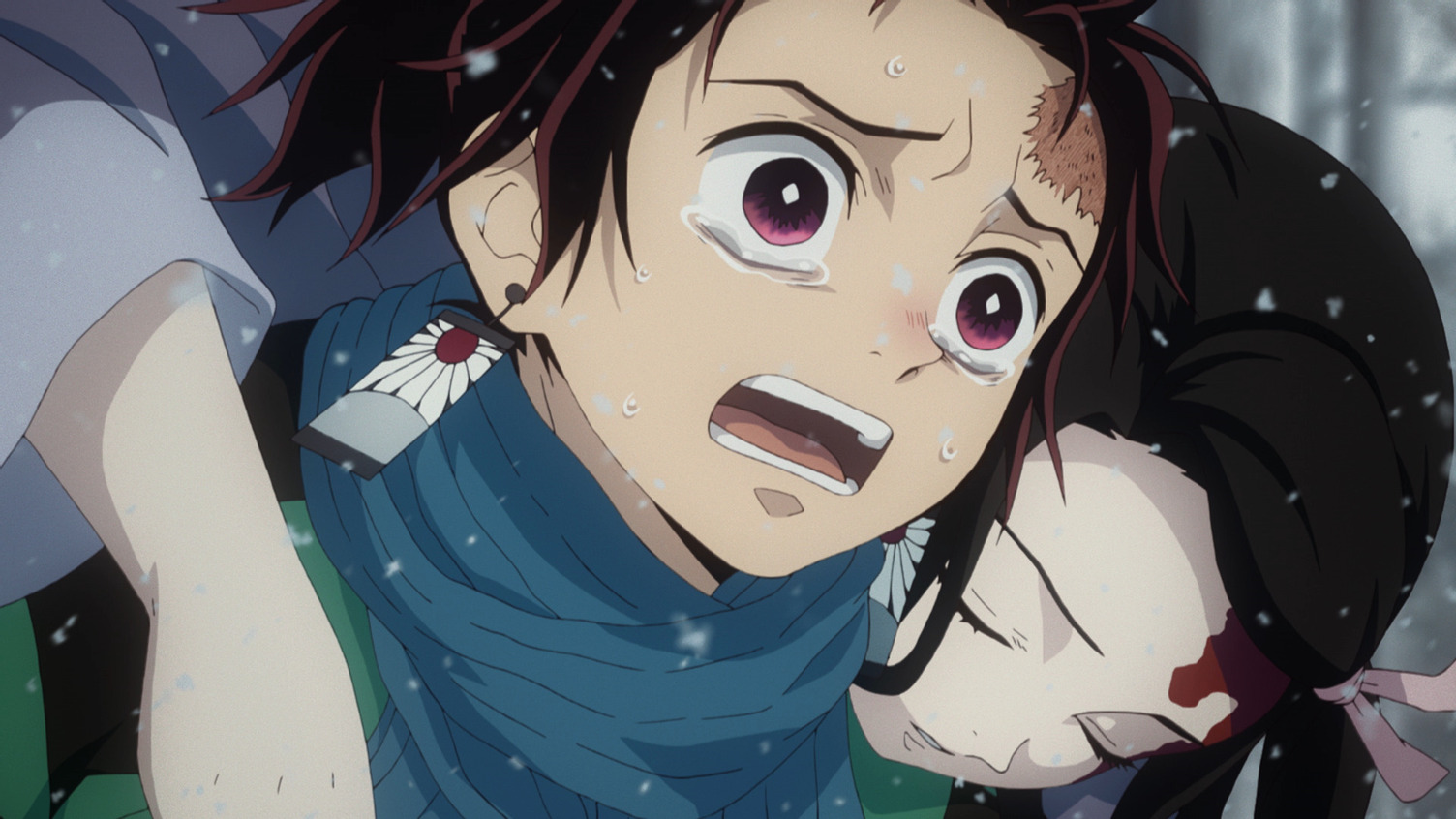 Nezuko, Demon Slayer’s deuteragonist, is the catalyst for Tanjiro’s demon-slaying adventures.  But besides her transformation serving the plot, Nezuko also serves us something else — an unexpected twist on what we've come to expect from the “little sister” or imouto archetype.

"Does Nezuko even need to be here? How is a little girl going to help Tanjiro, really?"

I asked myself these questions after I saw teary-eyed Tanjiro carrying his now demonfied little sister down a mountain in the first episode credits. All that suffering for what — plot devices?

Is Nezuko even relevant to Demon Slayer's world and premise? Short answer: yes. Long answer is yes, again. Because Nezuko is, intentionally or not, partially in-conversation with all the baggage associated with the beloved little sister badge of honor ... trope ... whatever you call it. Before I continue, I'd like to clarify I'm only speaking for Nezuko in season one of the anime, not the manga which concluded serialization last year.

Answering my first question: “Does she even need to be there?” Nezuko’s a demon, the categorical antithesis to the moral boy scout that is Tanjiro. But unlike “evil” demons, Nezuko doesn't eat people. Not because she can't, but because she forcibly abstains from it. In a setting where the dichotomy is seemingly "good" demons versus “bad” demons, Nezuko is a gray anomaly. She complicates the black and white world we naturally presume Tanjiro blindly jumps into. Nezuko makes that world messier, making the stakes all the higher.

S is for Sister, S is for Spectrum 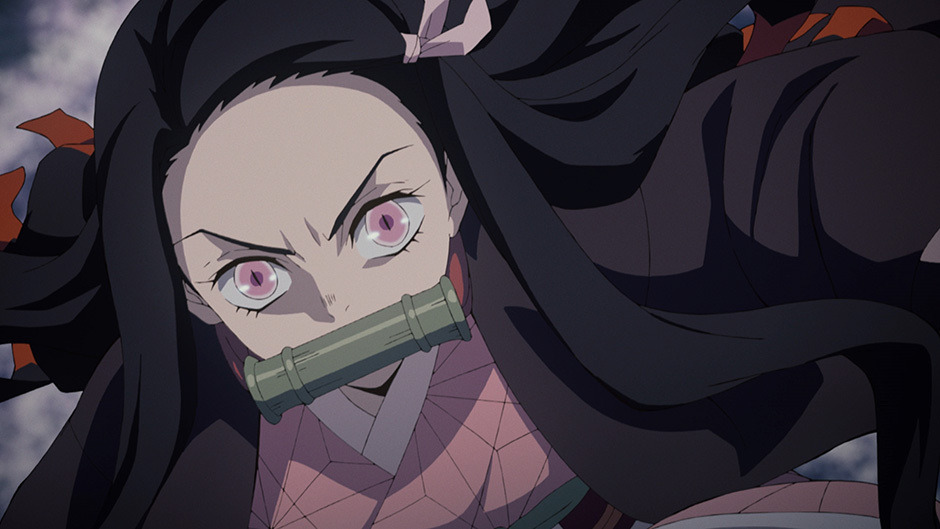 Second to the protagonist, little sisters usually serve a supportive role, even if they’re not blood-related. The imouto is sometimes a precious object to protect — more prize than real heroine. Still, many series play against the type, like Oreimo and Re:ZERO -Starting Life in Another World- where the “little sister” characters charmingly insist on their independence from “big bro.” Even this season, we have anime like So I'm a Spider, So What? and Tokyo Revengers with sister supporting characters — but rarely do we see them in a position as uniquely displaced as Nezuko's.

To answer my other question: “How’s this kid going to help Tanjiro?” If we go by the typical little sister playbook, another version of Nezuko might be spitting comebacks like Kirino, Oreimo’s titular poster girl imouto. Or from another angle, a little sister can be plain horrible like Guilty Crown's antagonist little sister, Mana. If Kirino and Mana are their own spiced-up flavors of sisters making their brother's life hell, where does Nezuko fall in this sibling pantheon?

Again, there’s a short and a long answer here. Short: Nezuko saves Tanjiro too often not to be useful. Long answer: Nezuko is the fiery heart tying Demon Slayer’s family themes in a pretty bow. It’s too simple to say "Nezuko’s a deconstruction because she can fight!" because many imouto, especially in fantasy settings, have exceptional character traits. Nezuko’s plot-assigned role as little sister should be embraced without being an accessory. While not an obvious critique, Nezuko’s so captivating because of her sister-ness, not in spite of it.

Tanjiro is constantly coping and mourning. He's an emotional kid, and for good reason: someone he loved is no longer her old self. In fact, Nezuko's explicitly described as a violent liability by Giyu and the Demon Corps. And although I generally hesitate to compare American comic books with manga, the phrase “women in refrigerators,” coined by writer Gail Simone in 1999 is useful here. The term is shorthand for female comic characters conveniently killed off, handicapped, or “fridged” specifically to push a male character’s development forward. Ironically, it’s because Nezuko travels inside a box that I recalled the trope. Narratively, she must be semi-passive because sunlight hurts demons, an understandable piece of world-building that doesn’t “fridge” Nezuko. To borrow this analogy in the wider context of anime’s fascination with little sisters, you can almost read Nezuko in a “half-closed fridge” scenario we rarely see. 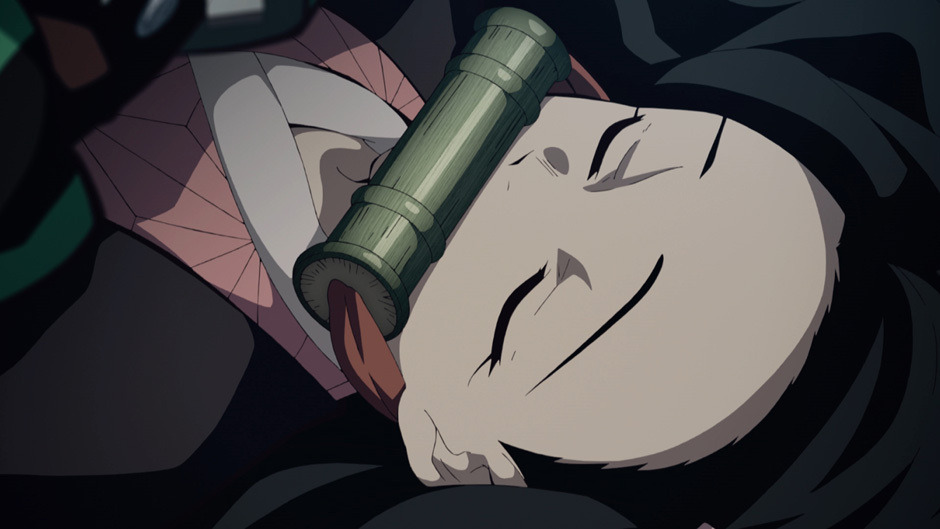 Let’s look at two pivotal arcs in Demon Slayer so far: Tanjiro’s arrival in Asakusa and the spider family battle on Mount Natagumo. At this point in Demon Slayer, we understand demons typically don’t work together — until we meet Susamaru and Yahaba. They’re total opposites, yet work together nonetheless. This pair working for Muzan is contrasted to Tamayo and Yushiro, good demons seeking a cure for Nezuko’s transformation. Nezuko proves herself in combat against Susamaru, however, her best is seen at Natagumo. Trapped by Rui’s Demon Blood Art, Tanjiro is helpless until Nezuko unleashes her own technique to save him. It isn’t raw deus ex machina girl power that leaves Rui dead, but the unbreakable sibling bond Nezuko shares with Tanjiro. Rui’s failure to spin a family is a tragic mirror to a viable big brother/little sister trust. Whether blood or found family, you still need empathy and teamwork to make the dream work.

Demon Slayer makes this clear: being a demon is lonely. But since Tanjiro and company don’t live in a black and white world, even demons replicate mortal faux pas. Because of Nezuko, Rui recognizes his cruelty toward other demons, people, really, no matter what “role” he tries assigning them. Tanjiro’s strong, but with Nezuko, he’s stronger. Demon Slayer paints the little sister archetype as a functional part of a bigger picture. Love, not punitive fear, is what forges the most loyal bonds. In the end, it’s always personal, Twelve Kizuki or no. Nezuko resonated with even “only-child” me because she's proof that family, no matter where they’re from, are complex people who grow in unexpected, sometimes undesirable ways. Yet, we must always accept them. Or in Nezuko’s case, cool but terrifying man-eating demonic transformations.

For what it's worth, the slice-of-life manga Umimachi Diary tied with Demon Slayer in Kadokawa's Da Vinci magazine’s end-of-year manga ranking in 2019. Fans of Koyoharu Gotouge's hit might already share some sensibilities with Akimi Yoshida’s manga all about sister dynamics. Maybe these two titles tying together means nothing, but to me, it says fans will always want stories that sincerely depict the full breadth of what family means and our roles in them.

Are you a big Nezuko fan? How do you feel about little sister characters? Let us know in the comments!

Blake P. is a weekly columnist for Crunchyroll Features. His twitter is @_dispossessed. His bylines include Fanbyte, VRV, Unwinnable, and more. Zenitsu probably didn't write this.