FEATURE: Intimidated By One Piece? Here's How I Finally Started Watching

Here are the tools to break into one of anime's grandest properties! 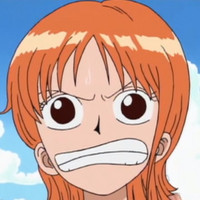 Hello everyone, and welcome to Why It Works. Have you ever considered starting One Piece, but felt intimidated by the show’s massive length? One Piece is nearing 1,000 episodes now, meaning you could watch an episode a day for literal years and not be finished. That stretch of content used to intimidate me as well — my prior attempts to dive into the franchise petered out somewhere around 20 episodes or so. But this spring, I’ve at last plunged into the One Piece deep end and am now munching through episodes at an almost terrifying rate. With One Piece now available in a bunch of new regions, I figure it’s a fine time to share my own experiences getting into One Piece and hopefully help a few of you sink your teeth into this anime titan! 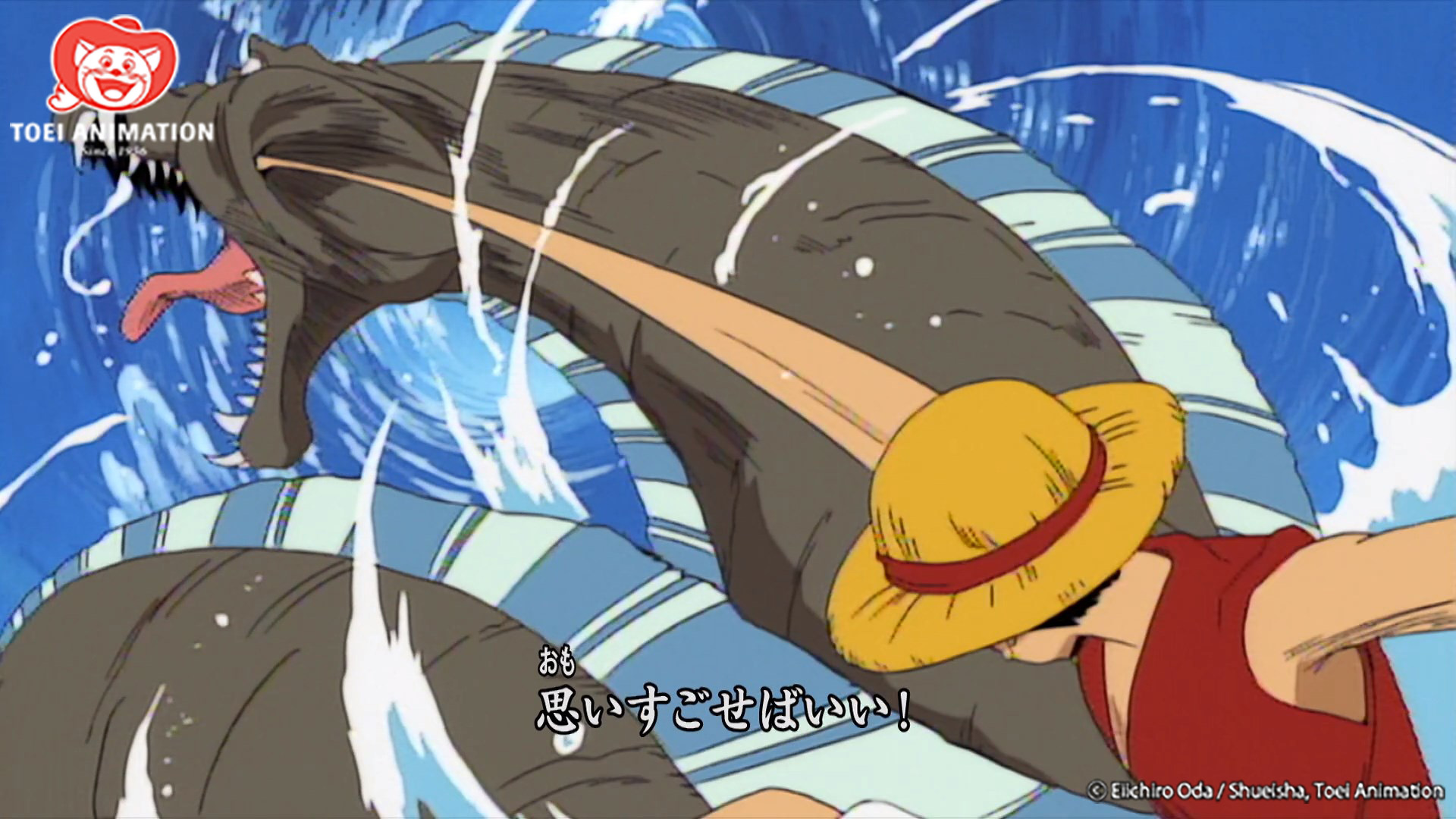 First off, I should make something absolutely, unambiguously clear from the start: I get it. I really do. One Piece is a ridiculously long show. Not only that, but in my opinion, the beginning of the franchise is a genuinely rough watch. We all have a natural tendency to get defensive of our favorites, but I feel in One Piece’s case, it can actually be quite discouraging to hear “it’s great right from the start!” When you’re starting out, it’s quite possible you’ll find the show to be rough going, so learning fans think this part is “great” is likely to just tell you it’s not worth continuing. Well, I’m here to tell you that that’s nonsense and that it’s worth emphasizing the tangible ways One Piece improves over time.

As one last qualifier, I should emphasize that I’m normally pretty skeptical of the phrase “it gets better over time.” I generally see such an argument as a reflection of a growing emotional attachment, or simply the sunken cost fallacy — but One Piece strikes me as the rare case where the material truly does improve substantially over time, as a reflection of both the production’s increasing resources, as well as Oda’s flourishing abilities as an artist and writer. 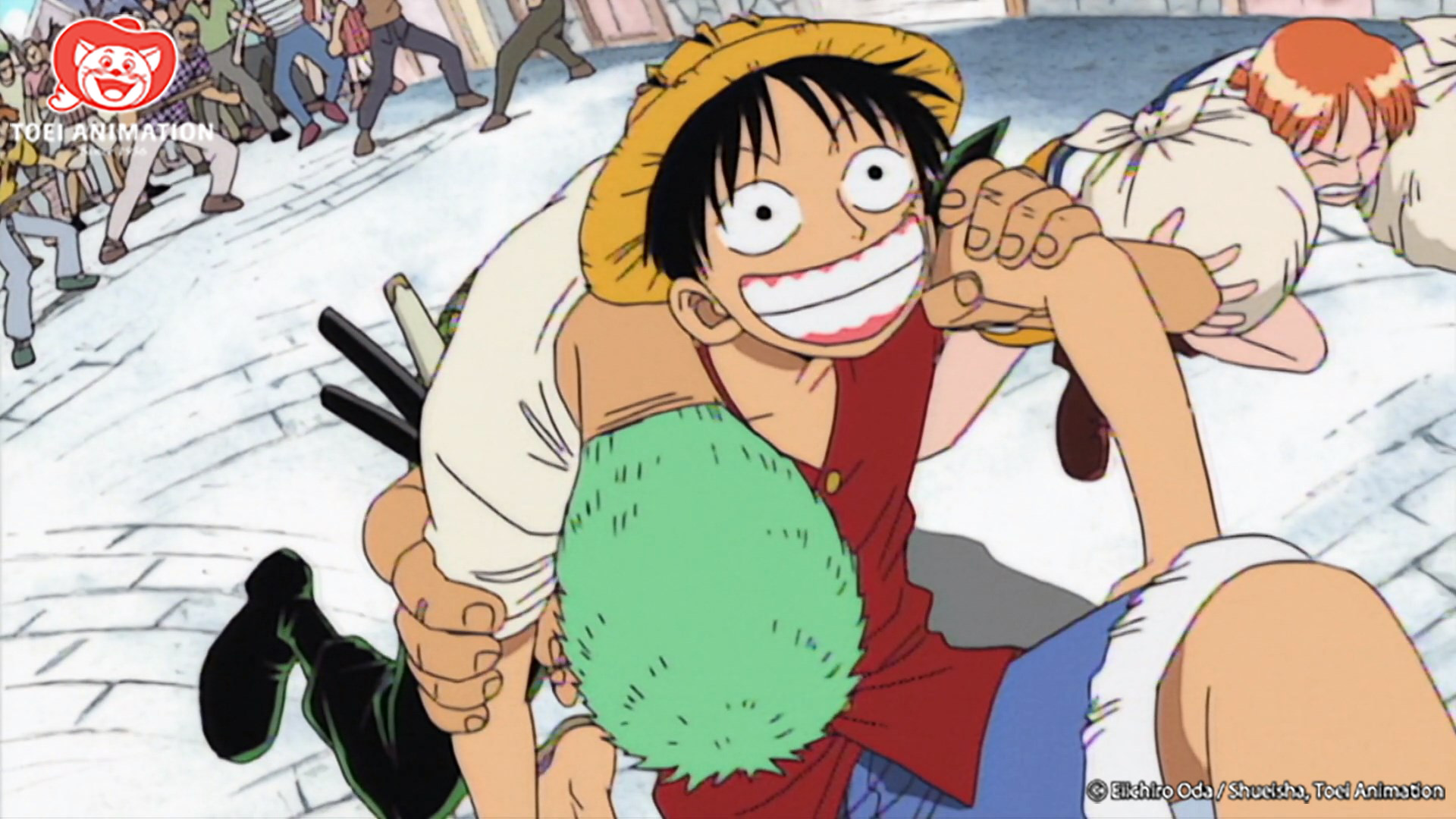 Early One Piece possesses some clear limitations — the animation and background art are limited, the arc narratives are a little too similar to each other, the villains can seem a bit underwhelming, and the islands the Straw Hats visit all seem kinda interchangeable. I’d be the first to acknowledge these issues, and also the first to say that the franchise does indeed overcome them. Yes, the animation and art design will become stronger down the line. Yes, the storytelling and characterization will get more complex and compelling. Yes, the islands Luffy visits become far more creative and start to feel like a reward in their own right. Over time, Oda matures tremendously as a writer, One Piece’s world blooms into a vibrant universe, and the ensemble appeal of following a pirate crew kicks into gear. But at the beginning, none of these strengths are readily apparent, and I can absolutely understand any doubts that the story might get there.

So, how long does One Piece actually take to get there? Well, I’d say things start shaping up around Arlong Park (roughly Episode 30), when Oda starts to get a handle on poignant character beats, narrative arcs with a variety of threads, and creating a sense of physical place on his islands. After that, One Piece really starts to embody the thrill of adventure when the crew actually hit the Grand Line (Episode 62), and start visiting islands that all feel like dangerous, improbable amusement parks. 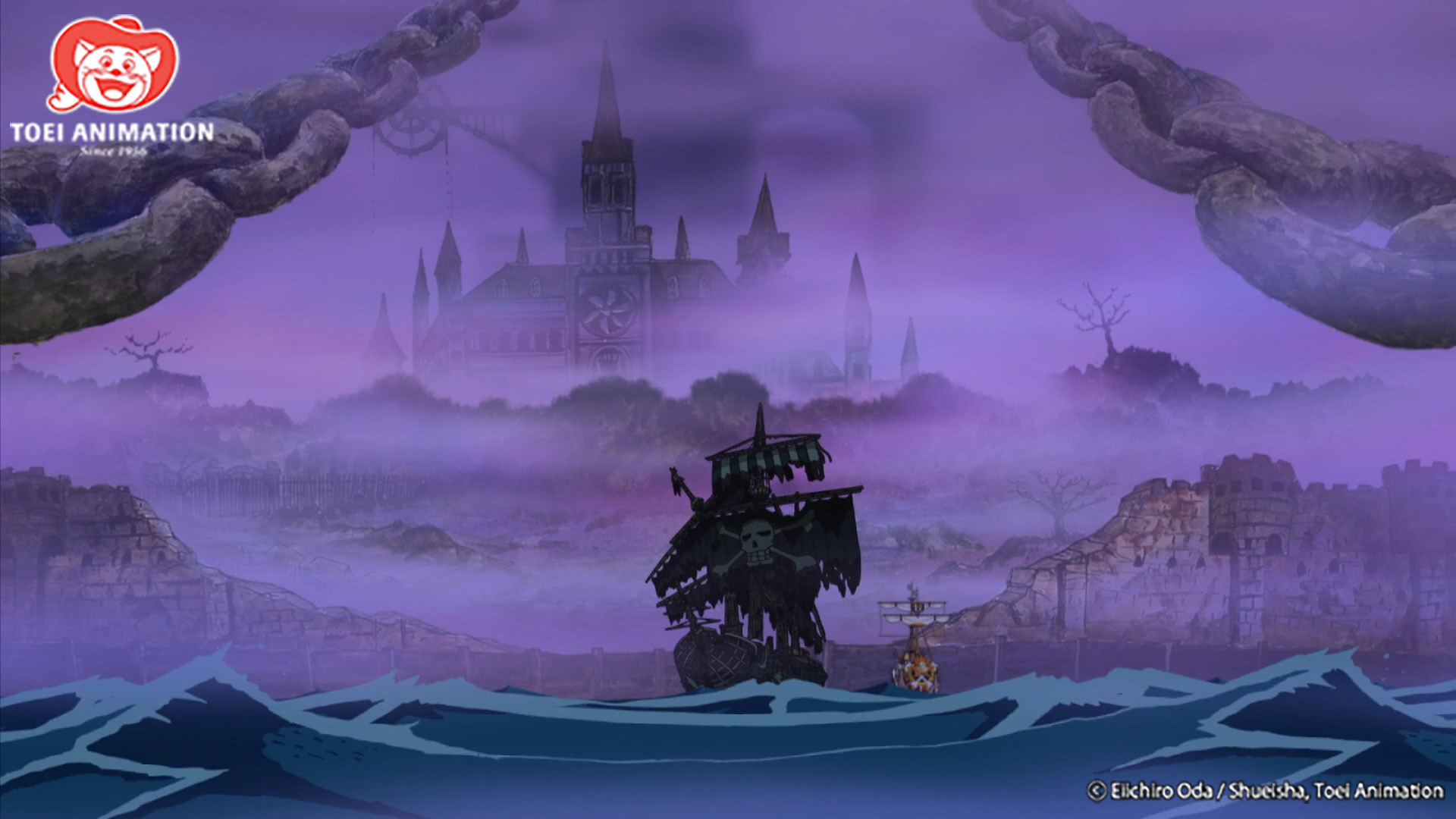 Of course, that’s still a pretty long time — longer, in fact, than most anime in their entirety. Fortunately, I’m here to let you in on a little secret: a great deal of that time is dead air and easily skipped by even a slightly vigilant viewer.

When you’re watching a new anime on a weekly basis, every minute of opening, recap, and next-time-on can feel like squandered potential — after all, you’re only getting one episode that week, so you want it to be a full meal of an experience. But when you’re watching a back catalog, all of that stuff can be easily skipped, resulting in a far more propulsive experience. For One Piece, as time wears on, most of its episodes offer a good seven or so minutes you can easily cut and instead start straight from the title drop. As a result, the show shifts from a collection of 22-minute episodes with a lot of dead air to crisp, efficient 15-minute episodes. Don’t even get me started on recap or anime-original episodes — if something feels inessential, don’t be afraid to look up if it’s truly important!

To top off this sacrilege with another piece of sacrilege, here’s some more advice: One Piece works phenomenally as a second-screen watch, particularly if you’re watching the dub. The relative stillness of early One Piece animation means the story is generally carried by the dialogue, so if you keep One Piece on in the background, you can keep up with it while getting other tasks done. Obviously, this isn’t a great strategy when the show starts to get really visually compelling, but by that time, hey, the show’s really visually compelling! Problem solved. 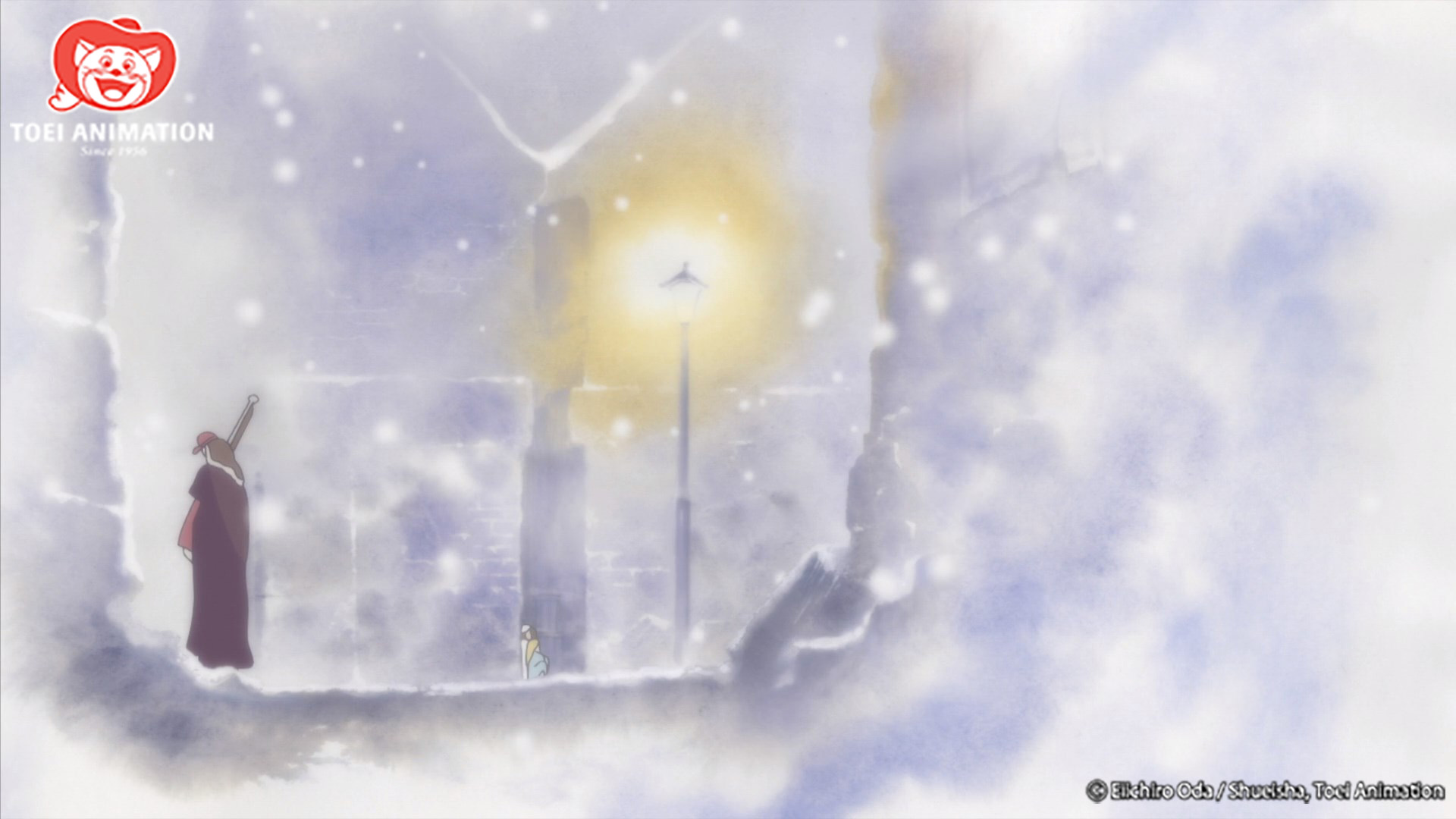 I’m aware these gambits might sound a bit disrespectful, but the fact is, we’re talking about a 1,000-episode series here, one where most people’s favorite moments don’t start cropping up until several hundred episodes in. Once you’re deep into One Piece, you’re likely to be hooked and have no need for such tricks. Therefore, rather than making sure to watch the show in some allegedly “correct” way, I feel it’s far more important to make sure you get hooked, using whatever shortcuts are at hand.

Finally, I strongly suggest taking advantage of the natural “chapter breaks” provided by One Piece’s island structure and breaking the journey into chunks that work for you. Though I’m sure you’ve heard of the show’s eventually mammoth arcs, early on, each adventure only lasts for, at most, a dozen or so episodes. Embrace this structure — set yourself reasonable watch goals, and frankly, if you’re not enjoying a particular island, feel free to just skip ahead. One Piece is so freeform that, while you might eventually reunite with a missed character, there are relatively few consequences of just jumping to whatever sounds exciting to you. The very fact that Oda’s writing improves so substantially over time means the early material is inherently somewhat segregated from the later stuff — if you want to rush ahead to grand adventures, go for it! 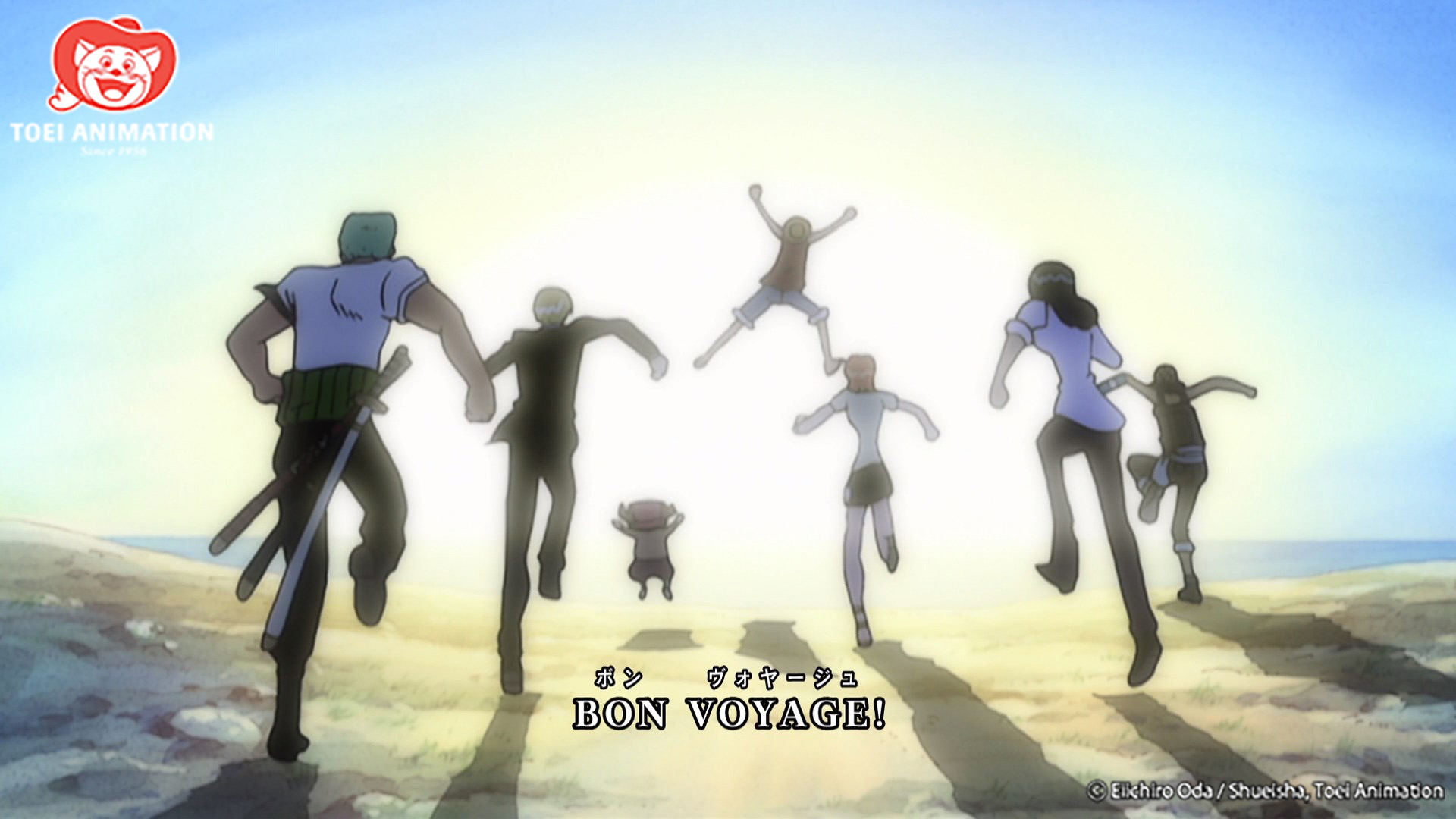 Ultimately, anime should be about your own enjoyment. One Piece shouldn’t be homework, and if it does feel like work, you should feel no compunction to continue. But please know, from one person who struggled with it to another, that I am extraordinarily glad I put in the effort. Like the Straw Hats themselves, the journey to the Grand Line is rough and perilous, but the spoils of victory are rich beyond wonder. Once One Piece blooms into its fullest form, it possesses a creativity and scale of ambition that rivals anything in the medium. I’m delighted I finally climbed aboard, and I wish you all luck in your own One Piece journeys!

Tags
one piece, why it works
« Previous Post
Retro Magical Girl Creamy Mami Serves up a Fresh New Pop-Up Shop
Next Post »
QUIZ: How Well Do You Know Shinichiro Watanabe?
Other Top News
17 Comments
Sort by:

FEATURE: What Are Your Hopes For the Third My Hero Academia Movie?