Check out our interview with the voice actors behind Goriki and Shirakawa! 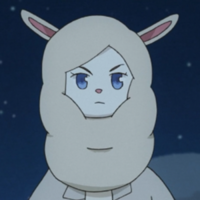 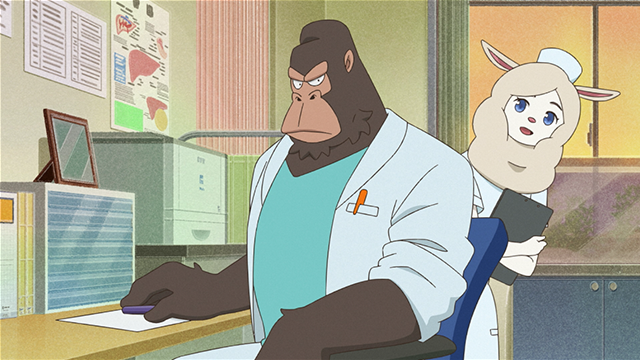 As ODDTAXI's final episode aired this week, to commemorate the occasion, we have something special to share with you all! Ryohei Kimura and Riho Iida, the voice actors for Dr. Goriki and nurse Shirakawa, respectively, were kind enough to answer a few questions about their experiences working on the anime. Check out our interview where we get their thoughts and fond memories of acting and performing in ODDTAXI  and in the entertainment industry, as well!

First, we have some general questions for both of you. How did knowing that you were voicing a gorilla and alpaca, respectively, play into how you acted out your role?

Ryohei Kimura: I thought there must be some reason I was offered the role of Goriki, so rather than putting on an elaborate performance, I preserved my own personal acting style and personality.

Riho Iida: I actually haven't seen many alpacas. Alpacas seem to appear frequently in the anime series I'm in, but I haven't actually seen many.

What drew each of you to the project and how has working on this show differed from other anime you’ve previously worked on?

Kimura: It's a high-quality suspenseful drama hidden behind unconventional character designs and casting choices. There's a lot of clever comedy mixed in, too.

Iida: There are a lot of things about ODDTAXI that are different from other series. The most obvious example would be when a character's mouth opens, they produce an "ah" sound of realization, or grunts associated with motion are included, but ODDTAXI eliminates a lot of those sound effects. It's true to life. We only included the sounds you'd make in real life. I think that's pretty different. 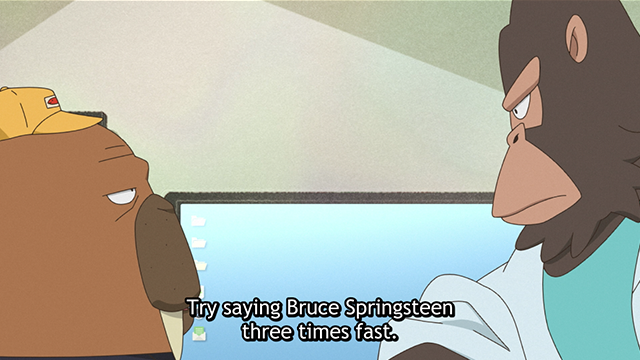 Now we have some questions for Kimura-san. What do you believe is Goriki's charm?

Kimura: He's an intelligent and magnanimous man who cares deeply for his friends. He feels very human in both good and bad ways, which I actually find charming.

You have been voice acting since you were 15, with Medabots being your earliest voice acting role. Is there any advice you would give to an aspiring voice actor that you have learned during your illustrious 20+ year career?

Kimura: As an actor, I believe exposing myself to and enjoying many series has been incredibly powerful. I'm sure you'll find it worthwhile, too.

While Goriki is definitely a supporting character in ODDTAXI, I can honestly say every scene with Goriki is memorable, particularly the Bruce Springsteen bit. How do you make sure you make the most out of any voice acting role, large or small?

Kimura: As part of producing a series, voice actors portray a character through only their acting, without their own appearance ever being highlighted. I'm able to put on performances that would be difficult to pull off in live-action and play characters that look vastly different from myself. 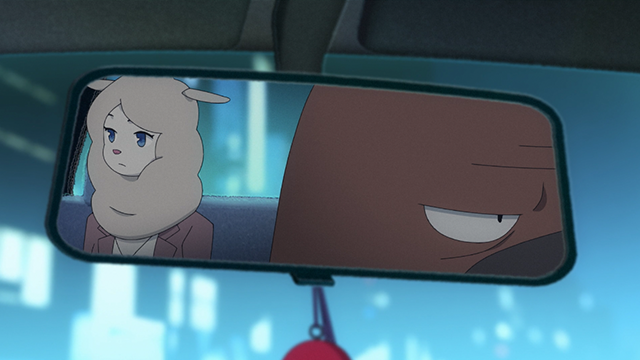 Now we have some questions for Iida-san. What did you do to prepare for the role of Shirakawa?

Iida: Shirakawa looks like a 28-year-old woman. When I recorded this role, I was basically the same age. I think my voice sounded neither like a woman older than 30 years old, nor like a woman in her early 20s. It was calm, mild, and also mysterious.

But since she's the heroine, I wanted to make her a little cute. Since the role's age was close to my own, there wasn't too much of a difference. But when I began recording, I found that I was stuck on the idea of putting on a "performance by an anime voice actor," so the first day involved a lot of discussions, retakes, and trial and error.

Is there anything you paid special attention to while acting this role?

Iida: We'd discussed in meetings that the acting should sound as natural as possible. Throughout the recording process, I focused on speaking flatly and naturally, as though speaking to the person sitting next to me, in a way I'd normally speak. That was the direction I received, so I did my best to follow it as closely as possible.

As a childhood star, you’re clearly no stranger to the acting space. How has a career in voice acting positively changed your career?

Iida: I've been in the entertainment industry for 21 years now. For half that time, I worked as a child performer as an actor and entertainer. At exactly the halfway mark, I started working as a voice actor. I felt like I couldn't do just one thing in my career. I've seen so many sights and gained so much knowledge. I've been influenced by the expansiveness of the world of expression.

Iida: I'm not sure! It'll take a little extra effort for their relationship to become romantic. It's complicated. Neither of them is the type to directly communicate their feelings. Their conversations tend to take an indirect path. Personally, since Shirakawa says she likes Odokawa-san, I think it would be nice if they got together, but I'm not sure it'll be easy. Their relationship is uncertain. 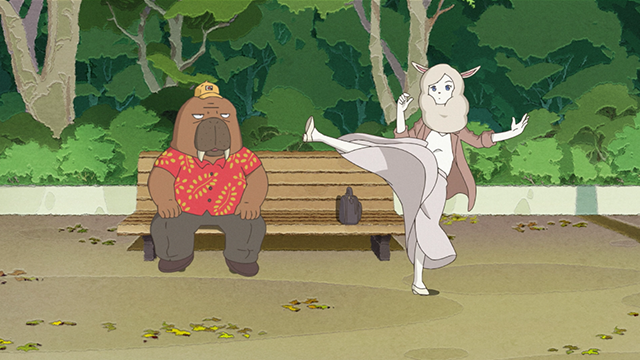 My favorite scene in ODDTAXI is when Shirakawa begins to practice capoeira in the park, which I thought was very funny. Did you do anything special for that scene or do you have any other unique experiences while working on ODDTAXI?

Iida: I personally had heard the term capoeira, but I didn't know what it was or what sounds people made while doing it or when it was used. I found videos online of people doing capoeira and listened to them in very quiet places to hear the noises people made. It was interesting. I wasn't expecting to do any capoeira.

Shirakawa-san has a moment in which she explodes on Odokawa-san inside his taxi. Personally, I enjoyed her conversations with him. They were fun.

Now having done both acting in live-action as well as voice-acting on several successful anime, what other opportunities are you looking forward to next?

Iida: I'd like to play a villain. A strong woman who fights. Shirakawa-san is demure and mysterious, even though she practiced capoeira. I think people's impression of me would change if I played a strong-willed woman who can go toe-to-toe with the men. Also, I'd like to try playing a mom. I bet it would be fun to play a loving mother.

Is there any kind of work you'd like to try in the future?

Iida: Our perspective has really broadened in this day and age. People are able to try all kinds of things. Even people who don't belong to an agency are getting work, and young people are starting their own companies. I've been in the industry for 20 years. Like I mentioned in a previous question, I spent 10 years as an entertainer and 10 years as a voice actor. By the time my career is 30 years old, I'd like to have done something new and broadened my horizons. There are new things I'd like to try, but I also hope I exceed expectations on the work I receive.

Alex enjoys watching and writing about anime and is always looking for new shows to binge. Follow him and give your suggestions of what to watch next on Twitter at @alexkpan.

Tags
oddtaxi, goriki, shirakawa, odokawa
« Previous Post
RECS: 10 Anime To Watch If You're In The Mood For Summer Fun
Next Post »
Drug Store in Another World - Crunchyroll Summer 2021 Spotlight
Other Top News
4 Comments
Sort by: