Let's escape this heatwave with some cool, wintery productions! 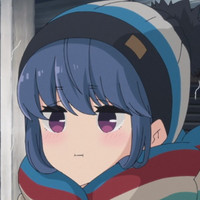 Hello everyone, and welcome back to Why It Works. I just got back from a jog and feel like my every muscle and pore is currently screaming in agony. Summer has arrived in full bloom and seems to be actively mocking my commitment to getting more exercise. We’re in the middle of a scorching summer heatwave where I live, and frankly, I don’t feel like I need any summer-themed anime to remind me of the apocalypse outside. Instead, I’m looking for a show that reminds me of cooler times — something that I can cuddle up with and crank the A/C to, and remember that sometimes the sun is not actively trying to kill us. I could use a dash of winter right now, and I’m guessing I’m not alone — so today on Why It Works, let’s highlight some shows that remind us of cooler times! 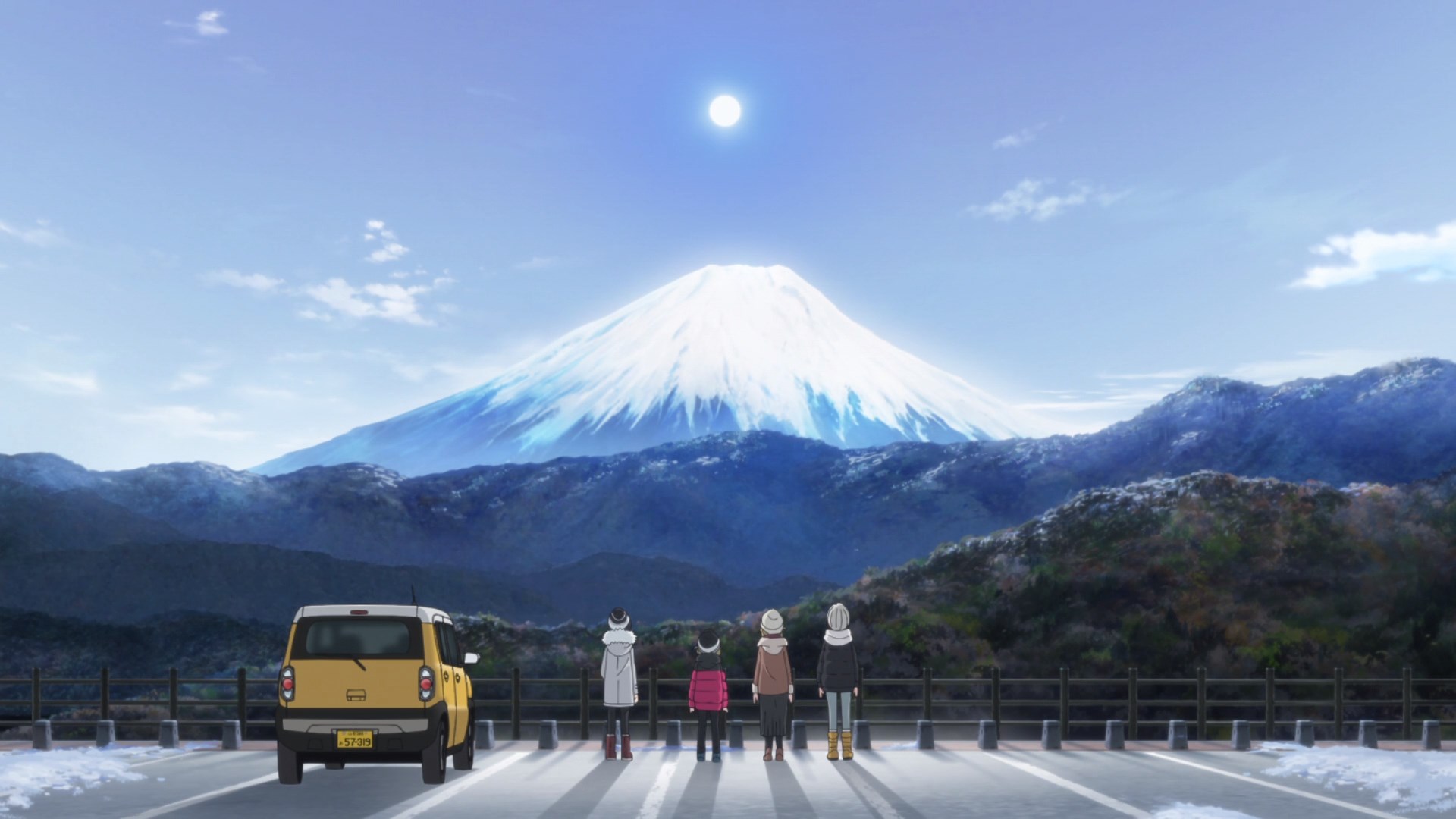 First off, for me, there’s absolutely nothing that evokes the calm and cool of winter like the beautiful Laid-Back Camp. The show’s first season is a glorious love letter not just to camping in general, but the specific appeal of camping out through a chilly winter. Though the show has plenty of general slice of life charm, its most distinctive moments find its heroine Rin setting out on solo adventures, riding her bike across the mountains of Japan, and discovering hidden vistas all by herself. All the while, the show’s luscious backgrounds and delicate character acting evoke the unique feeling of winter’s chill and the satisfaction of settling back after a long, cold day.

Perhaps you want a bit more narrative action along with that cool weather? In that case, I’d recommend Run with the Wind, a terrific recent drama about a dorm full of college students who decide to compete in a punishing relay race. Run with the Wind is an excellent show by basically any metric, from its rich cast of characters to its mastery of atmosphere and gripping race sequences. But for our purposes, perhaps the most important thing about Run with the Wind is it begins in the fall and ends in spring’s chilly front end, with our heroes jogging through the cold all the way long. If you’re looking for the feeling of a brisk winter-morning jog, Run with the Wind captures it perfectly! 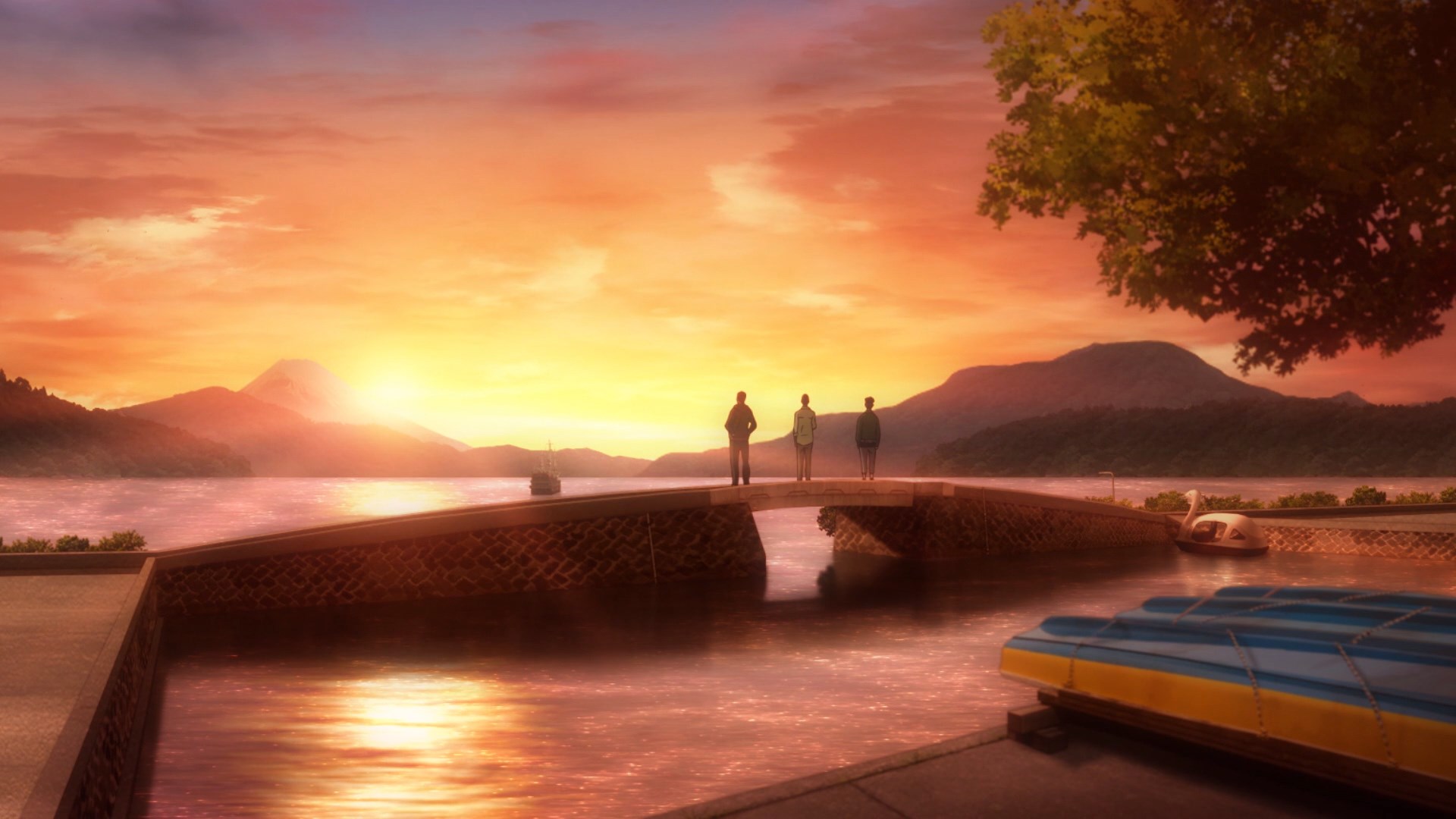 What about romance, then? If you’re looking for a mixture of frigid weather and fiery emotions, you could do a whole lot worse than White Album 2. Don’t worry if you haven’t seen the original White Album — the sequel is entirely self-contained, offering a thoughtful, melancholy tale of three teenagers nearing the end of high school. Drawn together by a shared love of music, the three plan a special performance to send off the year, until their conflicting feelings threaten to tear them apart. White Album 2 is basically a show-length articulation of the beauty and melancholy of a great Christmas episode, complete with plentiful stark declarations on snow-lit streets. If you’re looking to have your heart torn to pieces, it’s a great watch.

Moving on to straight adventure, what could be chillier than a trip to Antarctica? That’s the driving goal of A Place Further Than the Universe, a fantastic drama about a group of girls determined to make it all the way to the loneliest continent. Directed by Atsuko Ishizuka, the profound talent behind Pet Girl of Sakurasou and No Game No Life, Universe is visually impressive and emotionally rich in equal measure, offering a vivid story of conviction, ambition, friendship, and grief. I don’t think there’s anything better than the sight of some goofy penguins for curing this oppressive summer heat. 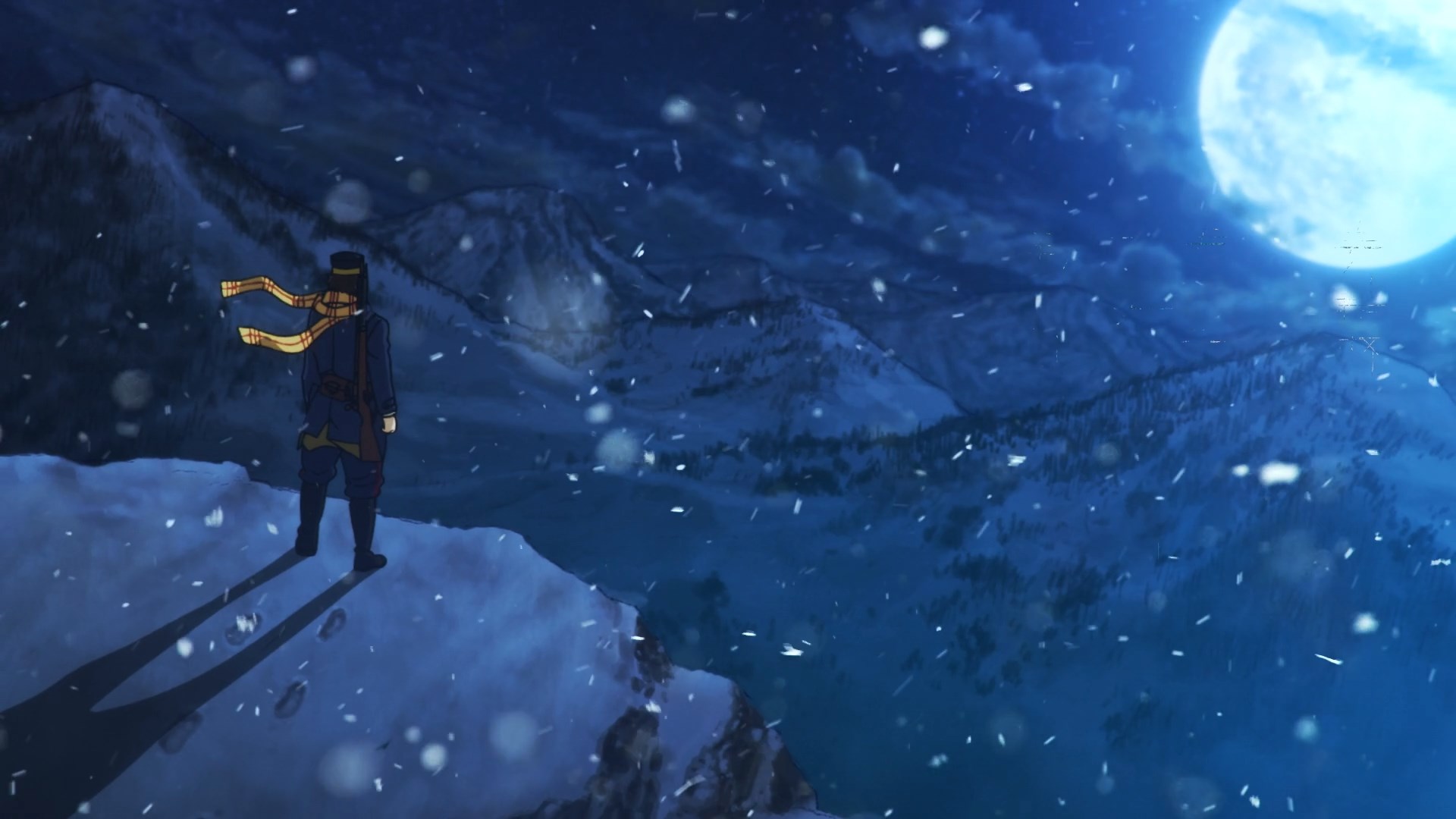 And yes, I know what this list is missing: pure action, frosted by winter’s refreshing breeze. Well, then I suppose we’re heading up to Hokkaido to check in on the snowy adventures of Golden Kamuy. Kamuy centers on a legendary veteran of the Russo-Japanese War who is determined to find a buried cache of Ainu gold. Of course, our hero is not the only one seeking this gold and so — along with a young Ainu woman he befriends — he must fight with countless other veterans, escaped criminals, and various other powerhouses of early 20th century Japan. Along with its plentiful action, Golden Kamuy also excels as a historical drama and character piece — but more importantly for our needs, it’s also perpetually buried in the deep snow of northern Hokkaido. It’s hard to feel too hot when your heroes are warding off hypothermia every third episode.

That seems like a fine enough distribution of wintry productions, so I’ll let you all go with one final film suggestion. If you haven’t seen it, Jin Roh is an absolute masterpiece of mechanical animation, offering a thoughtful war drama based on a script by Mamoru Oshii. Oshii returns to a wintery, urban melancholy again and again throughout his works, and though he didn’t direct Jin Roh himself, his influence is clear in the film’s meditative tone and cold, derelict cityscapes. If you’re interested in diving further into anime as an art form, the films of Oshii and his close associates are essential viewing; and if you’re looking to beat the summer heat, Jin Roh is a suitably frosty place to start. 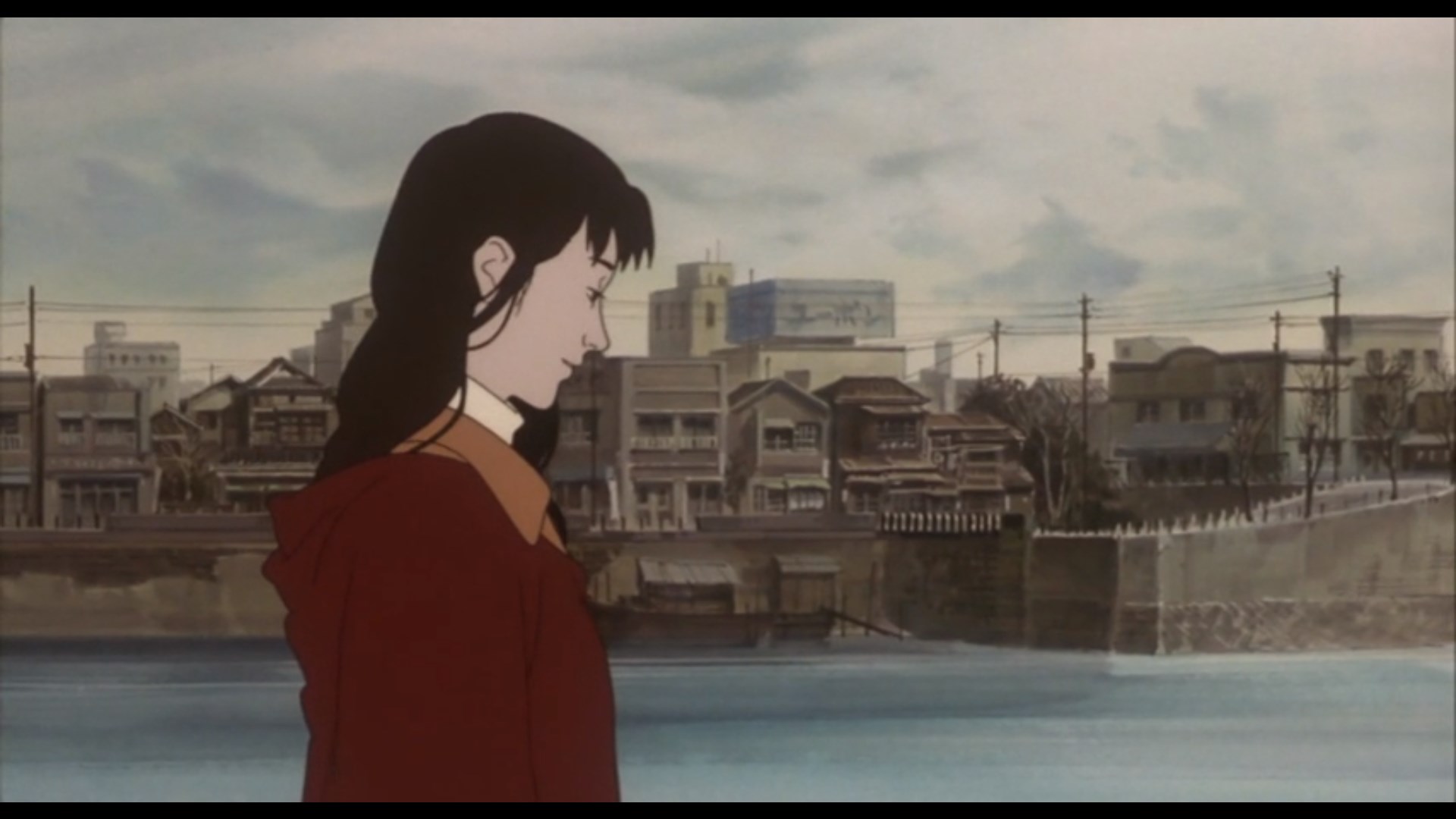 That’s all I’ve got for the moment, but I’m sure there are plenty of other chilly productions worth championing. Feel free to sound off your own suggestions in the comments. I hope one or two of my suggestions stuck out to you, and rest assured, these are all shows I’d recommend even without their wintry pedigree. Good luck to all of you in surviving this punishing summer!