FEATURE: With One Piece, We're Watching The Rise Of An Incredible Anime Director 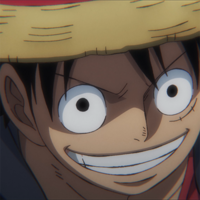 Back in January of this year, I wrote about the One Piece directing debut of Megumi Ishitani. Ishitani — previously most well known for her superb handling of Dragon Ball Super episode 131's finale fight between Goku, Frieza and Jiren — had brought her wonderful skills to the Grand Line and the results were nothing less than amazing. Ishitani, who also directed the Toei short film "Jurassic," has a handle on pace and scope that's awe-inspiring. One Piece Episode 957, which was scattered across multiple plot lines and locations in One Piece, could've easily felt like a simple catch-up montage, a way to check in on characters before moving forward with the main storyline. 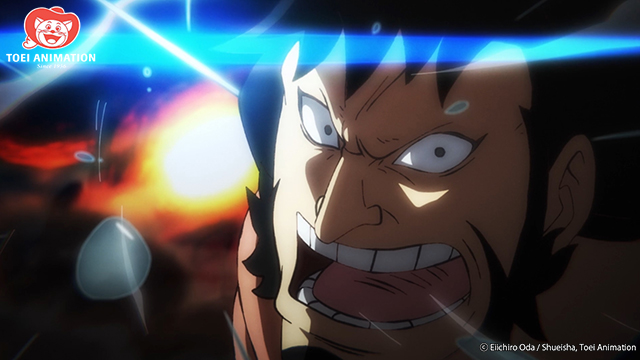 Instead, held together with a strong visual language that united the various arcs of One Piece, it brought a kind of chaotic rhythm to the proceedings. Though taking place hundreds of miles apart, each section built to the next, whether that section was a current happening or a retelling of past events. By the time it got to the end, which saw the Warlords disbanded and a pillar of structure in the One Piece world crumbled, it reached a boiling point.

And it embodied what many love about the Wano arc and the series since Tatsuya Nagamine, director of One Piece Film Z and Dragon Ball Super: Broly, became head director of the show (along with Kohei Kureta and, for a while, Aya Komaki): There are many stylistic flourishes and bits of powerhouse choreography that make Wano a must-watch. The way that it accelerates the gravitas and beauty of the story, from Luffy's desperate (and futile) first struggle against Kaido, to the return of Big Mom and the effortlessly fun and eventually tragic flashback of Kozuki Oden, is not just appropriate for the important Wano arc, but for One Piece itself. As an anime/manga series that's gone on with a single consistent narrative for more than twenty years, it feels as monumental as it should.

With Episode 982, we get Ishitani's next run as episode director and it's a fitting return. It also reveals more of her strengths, especially when it comes to the atmosphere she lends to action sequences. At one point, Luffy does his "Red Hawk" attack, something debuted near the climax of the Fishman Island arc and repeated in cool moments since then. However, Ishitani turns it into a sweeping display of power, not just because of the scale that she lends to it, but because of how it's framed by other characters in the scene. 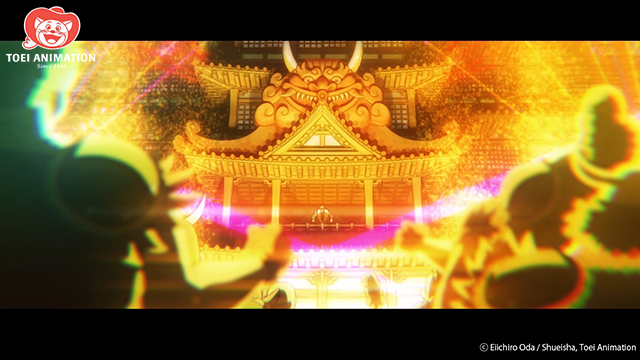 Earlier in the Wano arc, Luffy used the same move triumphantly against Holdem as Tama watched in awe, her visions of Luffy interspersed with those of the late Ace, her friend and Luffy's adopted brother who gave him the inspiration necessary for the attack. Here, in an episode so loaded with past characters mixed with the present (Oden's sandals stomping becomes the sound of Luffy planting his cup, before announcing that he will celebrate only after everyone is reunited and the antagonists are defeated), we are guided with the same kind of structure. For lack of a better phrase, the attack feels like a Big Deal because the other members of the cast seem to treat it as such, giving Luffy their attention and reverence. 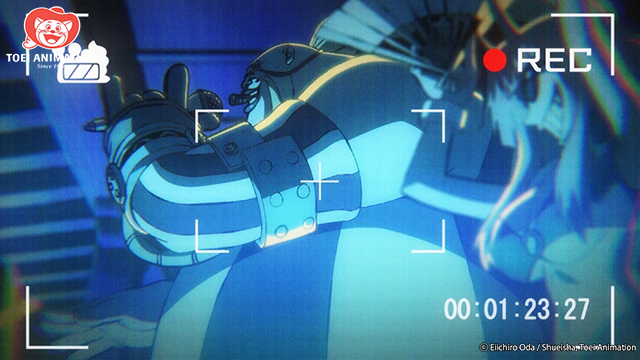 Of course, I'd be remiss if I didn't mention another highlight of the episode: the arrival of Scratchman Apoo and Queen, their song, and the music video framing of it. As soon as the eyecatch ends, we're greeted with "PRESENTED BY ONIGASHIMA," which is hip to an almost needless extent, providing modern cultural reference to Wano, a location with an aesthetic that is so often guided by feudal Japan. But instead of clashing in any way, Ishitani renders it as an ultimate embrace, with even the aspect ratio of the episode changing at times to better fulfill its aim. It is so full-hearted of an effort that it can't help but be instantly iconic. It's a mix of sound and movement that takes advantage, not just of the details of Onigashima and the current story, but of the medium of anime itself.

One Piece has been an adaptation for longer than some of its fans have even been alive. With adaptation, you're dealing with inherent comparability. It's unavoidable, no matter how much you try to distance whatever forms the adaptation is taking from its source material. But I've long said that good adaptation thrives when it takes the strengths that people love about the source and translates them in a way that works for its new form. An anime adaptation can be as devoted to nailing every single detail of a manga as possible, but if it doesn't use the light and color and sound and action of anime to its advantage, it'll feel like a lesser form on a base level, a soulless reprint. 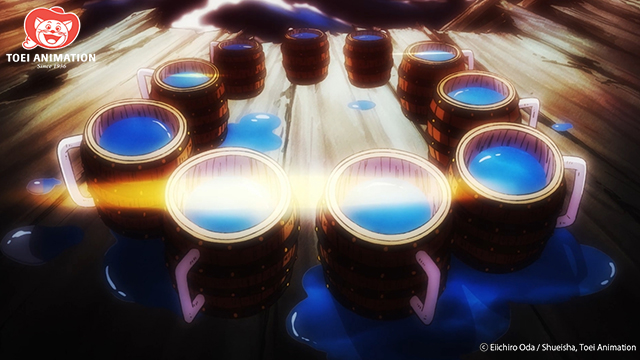 Both of Ishitani's episodes so far have provided the exact opposite. They deliver a kind of ultimate, earned vibrancy, refreshing and yet classic in identity. They feel rewarding to watch, whether you just started with Wano, or have been around since episode one, or have jumped around the series. I can't help but feel like we're seeing the rise of someone that will become an industry legend one day. Having such a good grasp on not just what makes anime work but One Piece, in particular, makes me excited for what Megumi Ishitani will do next and in the future. Because if she and her collaborators at Toei can bring this much life to a series that's been running since 1999, the sky's the limit for her, for her peers, and for One Piece.