FEATURE: What Is The True Meaning Of Family In One Piece? 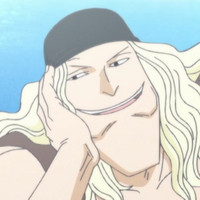 What does it truly mean to be a family? As the world at large defines it, your family are those who you are related to by blood, or who have been adopted or married into your blood relatives’ relations. Culture and even the law support this interpretation; special rights apply to those who are directly related to you, and when you die, it is assumed that your wealth will be shared among these blood ties. Political or economic dynasties can last for generations, assuming a commonality of purpose born from direct biological relation. Sundered relations between biological family members are considered an inherent tragedy ― a wound to be mended if true familial love is ever to be reclaimed. 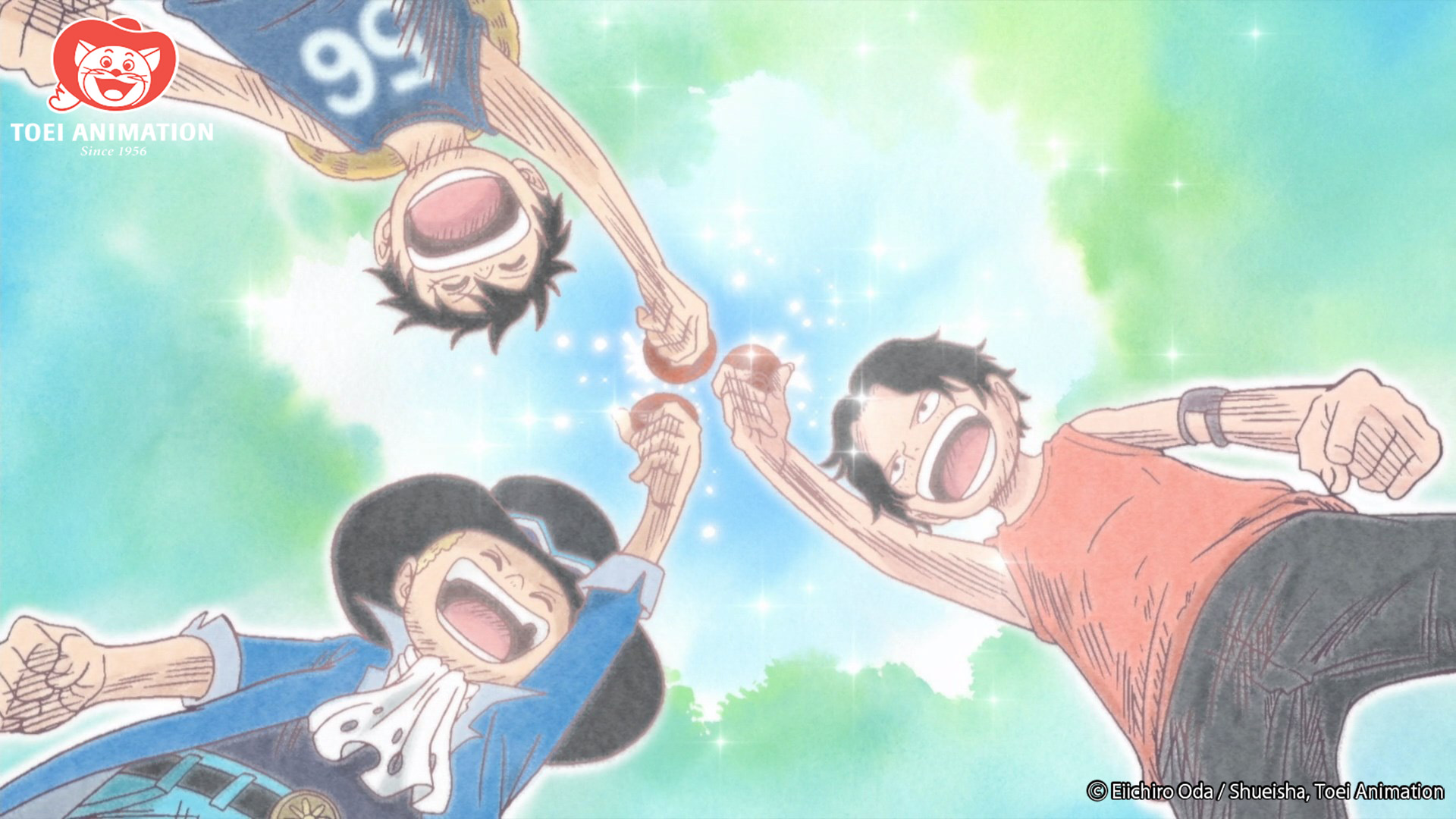 One Piece has no patience for this perspective. Blood ties imply obligation, a bond born not of individual choice, but of social and structural obligation. Structural obligation is anathema to One Piece's values; its heroes value freedom over all, and if your blood relatives disagree, then feel free to ignore them. And yet, at the same time, family still clearly has a resonant significance in One Piece. Luffy’s journey was first inspired by his brotherhood with Ace and Robin. Nami’s mother was so proud of her family that she was willing to die acknowledging them. These bonds are family without obligation ― all of the love and trust with none of the stifling duties or expectations.

You could even call One Piece’s biggest conflict so far a battle between family and structural obligation. Whitebeard fights, like he always has, to defend his chosen family. His very goal when setting out to sea was to find that family and embrace the “fatherhood” of being a loving captain. He goes to Marineford to defend his son ― and dies because another son’s faith in him wavered, though Whitebeard's own faith never did. Meanwhile, Whitebeard’s alleged “biological son” is a grotesque parody of his most obvious features with none of his philosophical values. 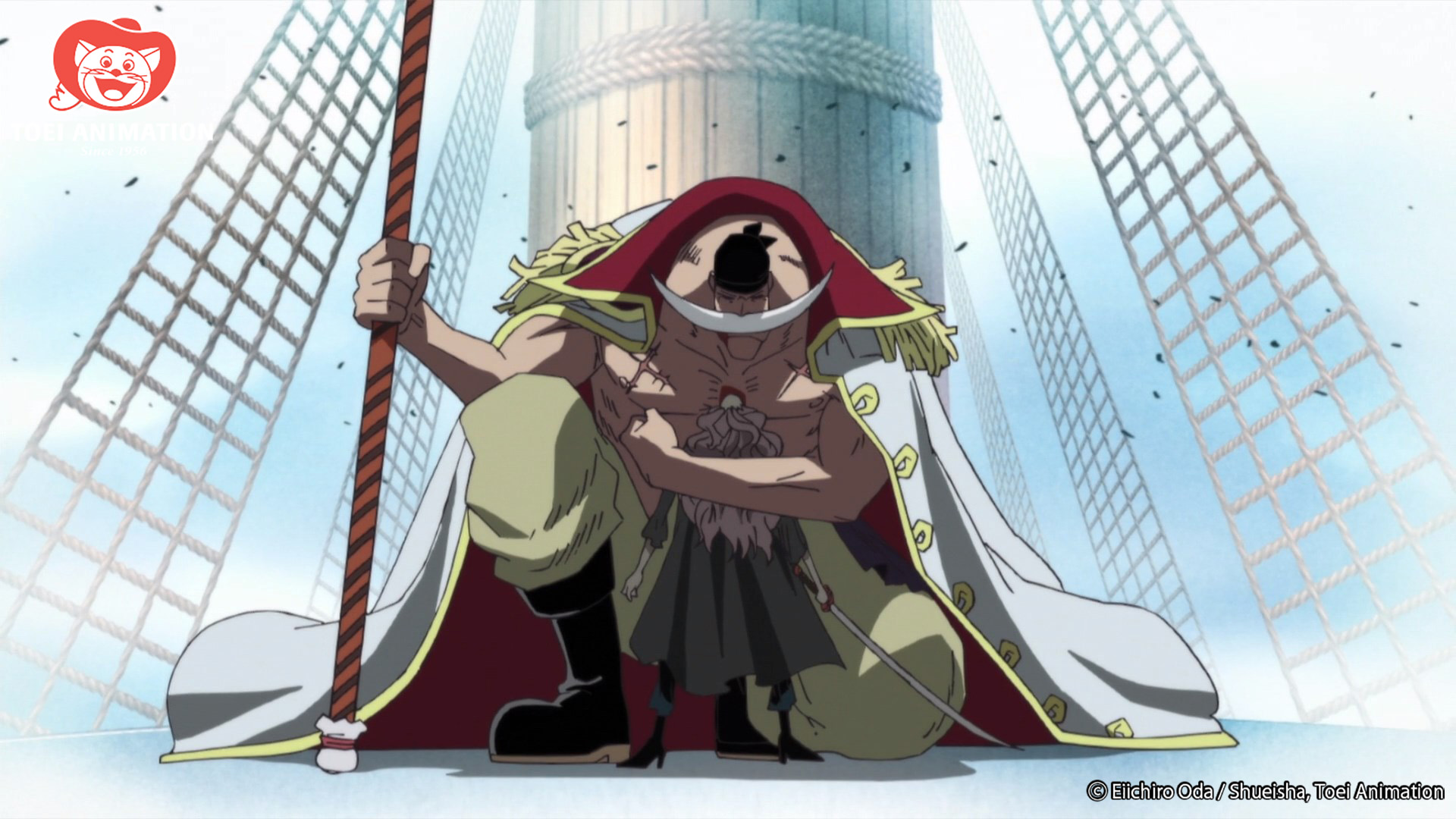 “Family” clearly has a resonant meaning within One Piece, and it’s certainly not “those you are related to by blood.” In fact, biological blood frequently obscures the issue, creating loyalty through a sense of obligation rather than choice. In One Piece, the strongest families are those you choose yourself ― those you pledge to support through thick and thin, because that’s how you feel about them, and that’s how you want to help them. They are those who can accept the bargain Luffy struck with his newfound armada: not hierarchical leadership, but an understanding that if you’re in trouble, we will always have your back.

Other figures have a different reckoning of it. Big Mom is essentially the head of a sprawling mafia family, and like actual mafia families, she solidifies her alliances through blood ties. All of her top soldiers and officers and officials are actual blood relatives, her sons and daughters, all working in favor of the cause. Alliances are secured through marriage, and her most loyal and successful children receive places of honor within her administration. Surely this results in an unbreakable unity and loyalty across her soldiers? 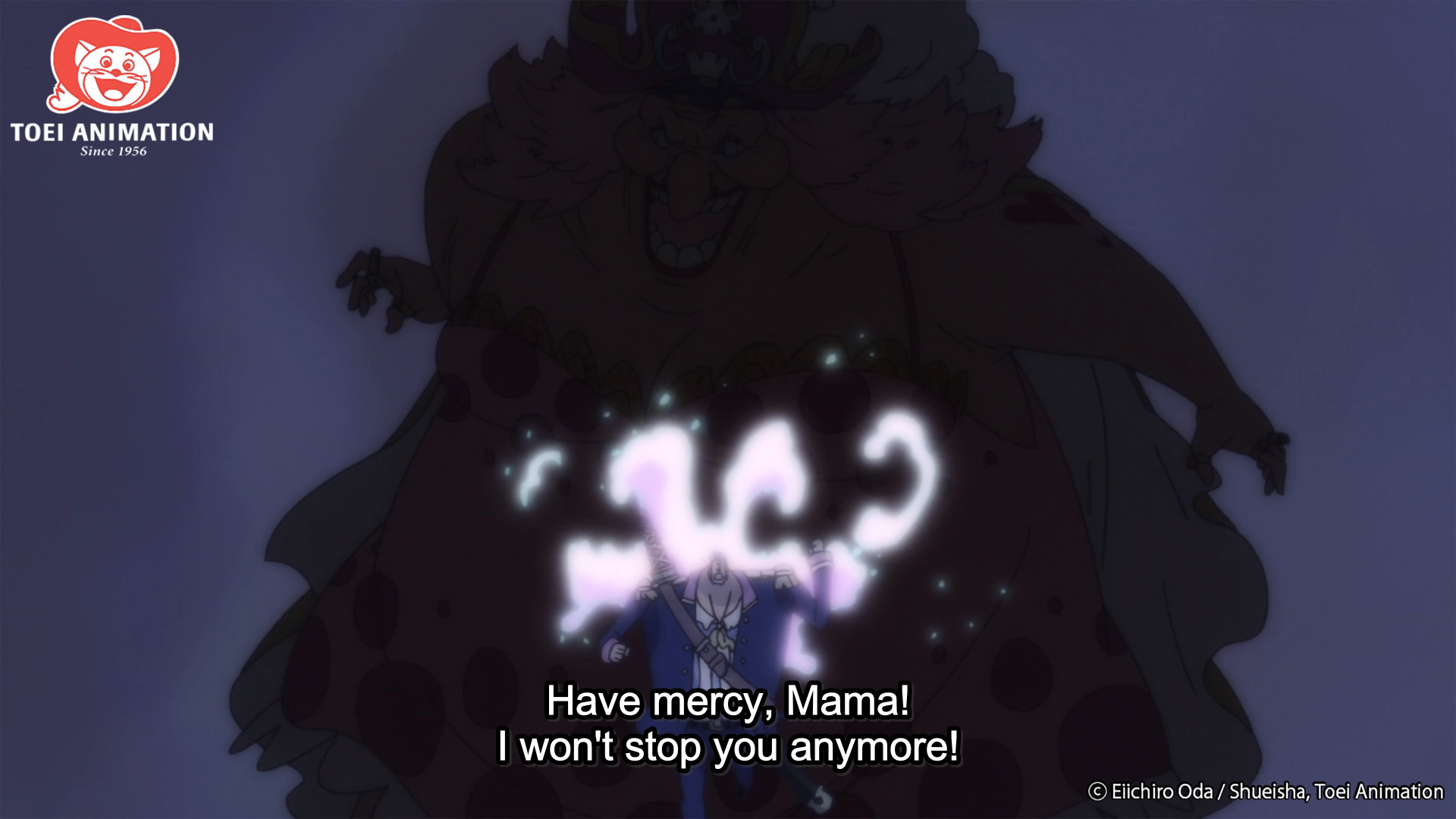 Not likely. As we see again and again in Whole Cake Island, it’s almost like the opposite is true. Big Mom cemented her allies’ alliance through blood relation, yes ― but once she achieved that, she apparently felt the work of establishing and supporting her family was done. Banking entirely on the binding influence of “blood relatives” to maintain loyalty, she rules capriciously, inspiring terrible fear in her citizens and children alike. Her actions embody the idea of family as a solid fact, rather than a continuous practice ― she treats her own children like any other soldiers and is even willing to kill them if it suits her mood. Her subordinates might be her children, but they possess no love for their mother ― only the grim certainty that if they fail, they will be killed.

Because of this, their loyalty is paper-thin and easily swayed by the fear of consequences. Rather than inspiring a rebellion among a repressed underclass like in Dressrosa, Luffy and his companions are able to take advantage of Big Mom’s own children and their clear terror at the thought of Mom discovering their failures. Critical information dies halfway along the vine and major subordinates outright lie about how the battle is going, all to avoid the terror of Big Mom’s wrath. Her cruelty is so certain that “trusting in your family” feels like a bad joke. If anything, they can only trust in the assurance of Big Mom’s anger. 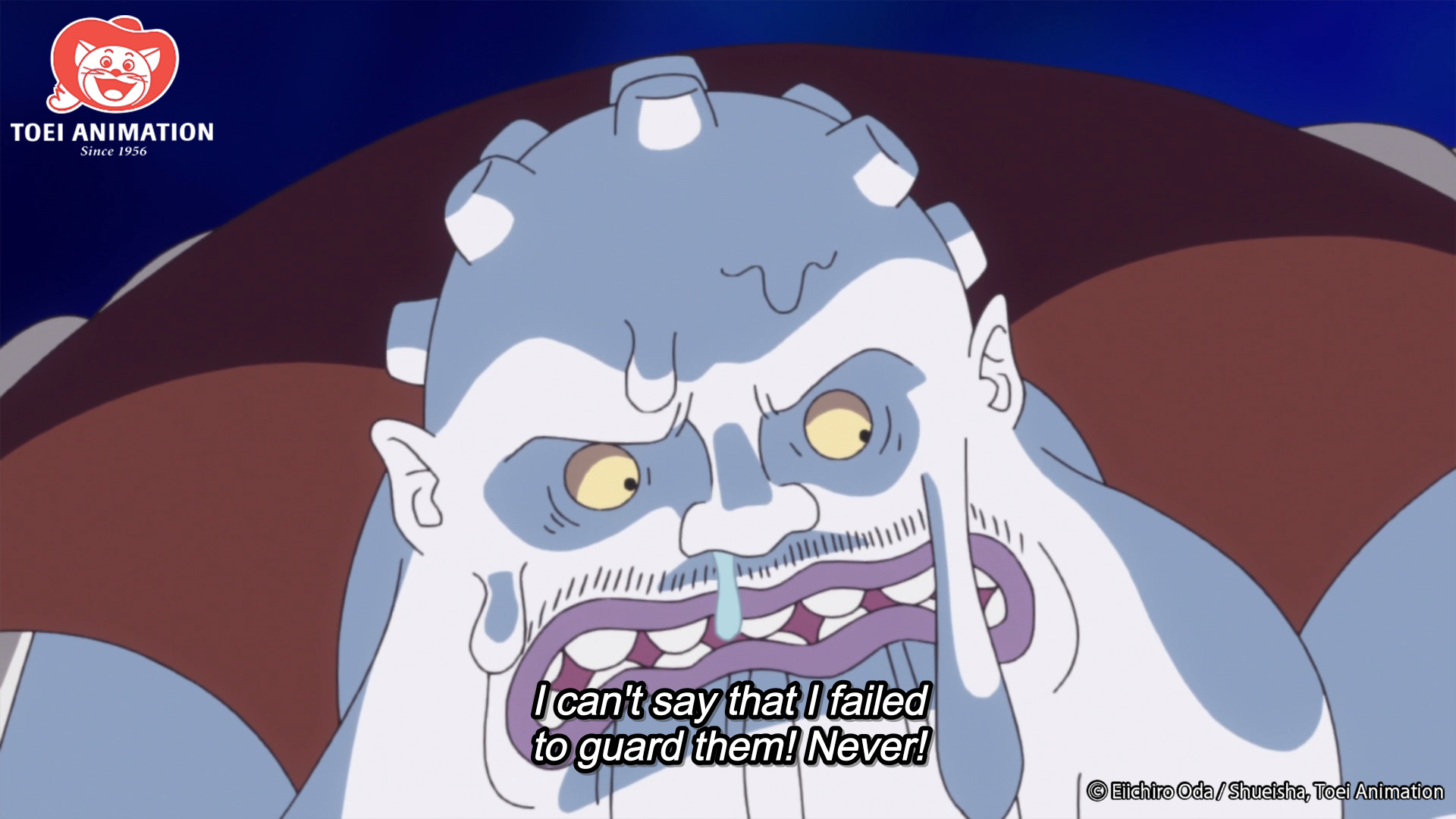 In One Piece, family is not something that can be unilaterally decided from the top down. This is not a surprise ― after all, the story’s heroes are perpetually rebelling against oppressive social structures, whether they be a government’s declaration or the will of a controlling patriarch. Parents who demand utter fealty are more slave-drivers than family; rather than entering a willing agreement with their children to support and protect each other, they expect obedience and will punish outliers for refusing to toe the line. Both Big Mom and Sanji’s father exemplify this idea of family-as-duty, where you are born with an obligation to fulfill your parent’s ambitions.

But in the world of One Piece, such bonds are only as meaningful as you decide they are. True families are the people you choose yourself ― those you acknowledge as brothers and sisters because you want to make your love for them known. To those people, your freedom is worth more than your fealty. Luffy’s crew are free to leave if they wish; his only disagreement is when he knows they are lying to themselves and don’t truly want to leave. True family doesn’t inhibit your dreams: they inspire them and instill you with the confidence to believe you can truly claim what you want most. Rather than shackling you with their own expectations, true families raise you up, propelling you to reach for that which seemed too glorious to seek alone. 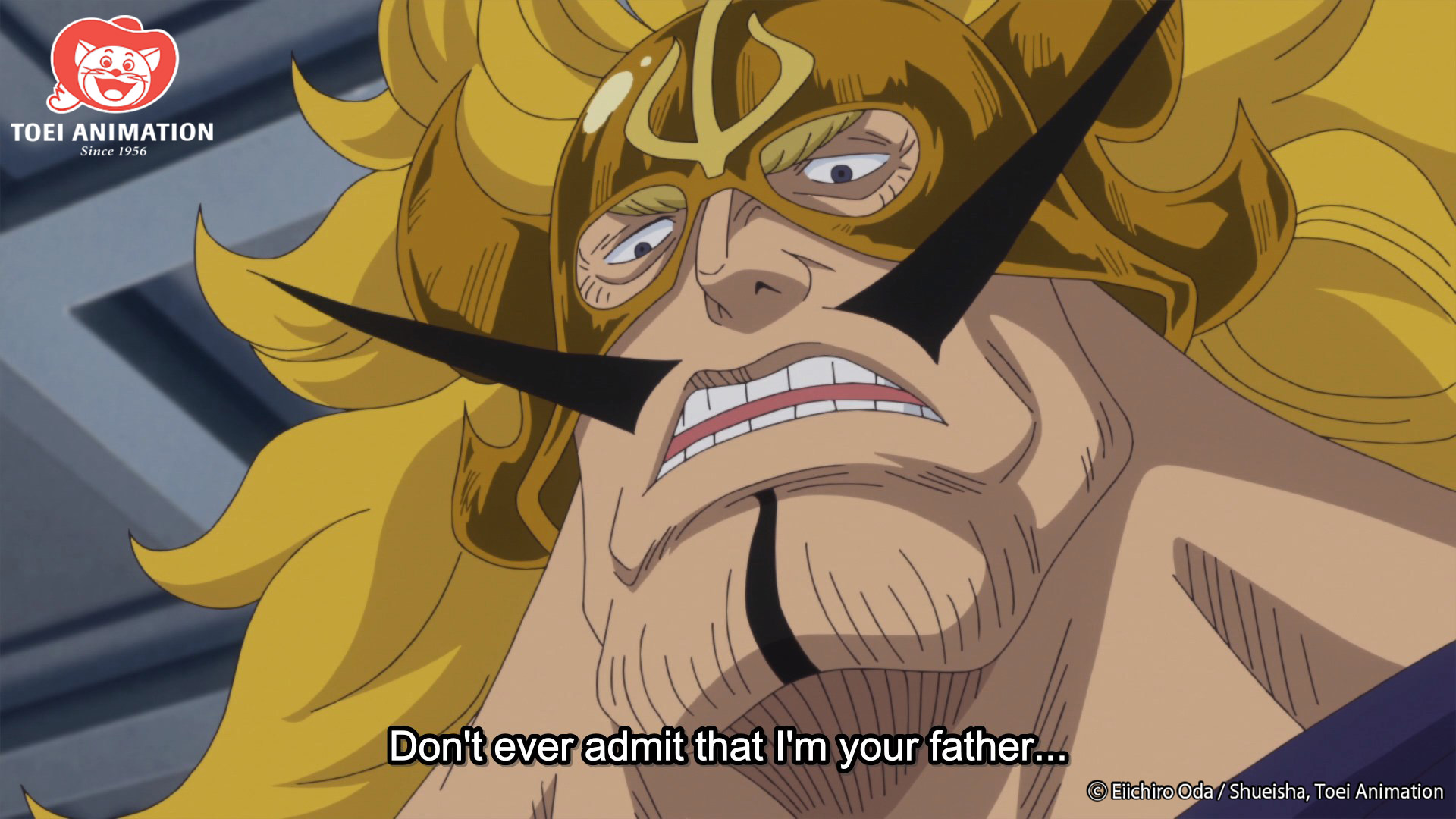 True families don’t demand you conform to some social standard; they love you because you are you, and wouldn’t want you any other way. Sanji’s family demonstrates this truth in reflection, ravaged as they are by their father’s demands that they be perfect soldiers. Every dagger Sanji’s father threw at him was a demonstration that they were not a true family. This same sickness infects Big Mom’s family, forcing them all to strut and posture and lie rather than admit their weakness or weirdness even to those closest to them. Katakuri lives in fear of his own family’s mockery, in spite of being the strongest of all her subordinates ― even he can find no comfort and security in his familial position. Luffy loves his family for their weirdness; to those who see family as an obligation, variation from the norm is something to be stamped out, not applauded.

All this might make it seem like a true family is a rare and precious jewel, a flower that is often crushed under the weight of arbitrary familial obligation. But fortunately, in spite of all the structural forces arrayed against it, genuine family isn’t something you have to force or fight for. Families emerge naturally, sprouting up through even the hardest soil, breaking through cracks in pavement to form bonds between the helpless and the hurting. In spite of his father’s efforts, Sanji and his sister became genuine siblings, leading her to offer him that precious gift of freedom. And though Big Mom’s children fear their oppressor, they often feel genuine familial kindness toward each other. The sequence where Katakuri is tended by Brulee might be Whole Cake’s defining moment, an expression of tenderness testifying that whatever the conditions of your life, you still deserve the love of true family. 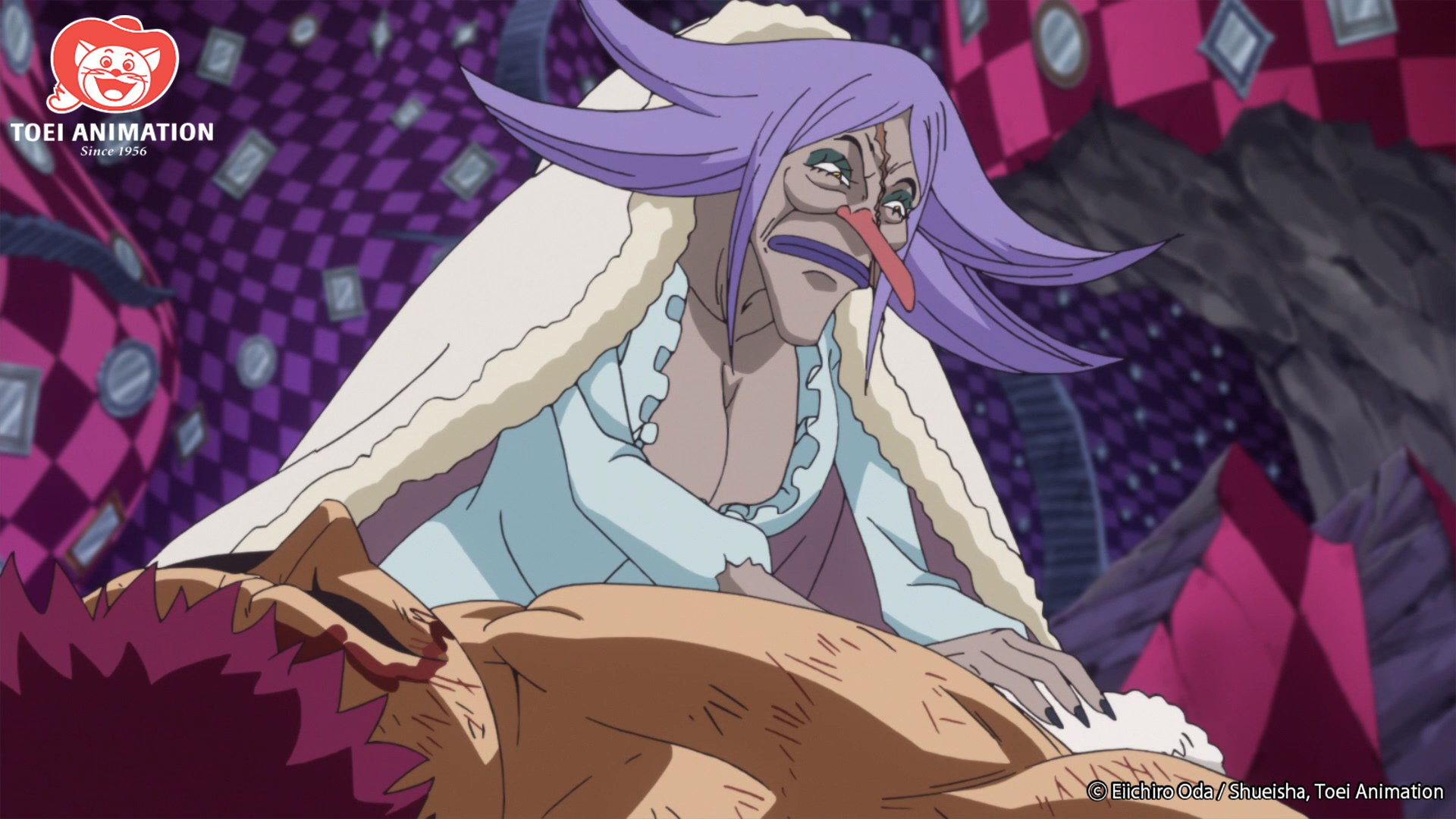 Wherever the Straw Hats go, they cause tremendous chaos, but leave renewed bonds in their wake. Siblings reunite, friends realize what they mean to each other, and long-dormant alliances are mended, echoing the unerring faith and love Luffy possesses for his crew. Luffy may not intend to make a Whitebeard-style grand family, but his every action scorns the false solidarity of arbitrary governmental structures, and affirms the unshakeable power of earnest, trusting personal bonds. He is mending the world one handshake and giddy smile at a time.

Tags
why it works, one piece
« Previous Post
Kisara Puts Her Hammer and Shield to Use in Tales of Arise Trailer
Next Post »
FEATURE: The VCRX Events That Black Clover Fans Need To Look Out For
Other Top News
6 Comments
Sort by: