The creator of the Girlfriend, Girlfriend manga talks to us about the inspiration behind the series and more! 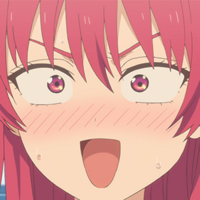 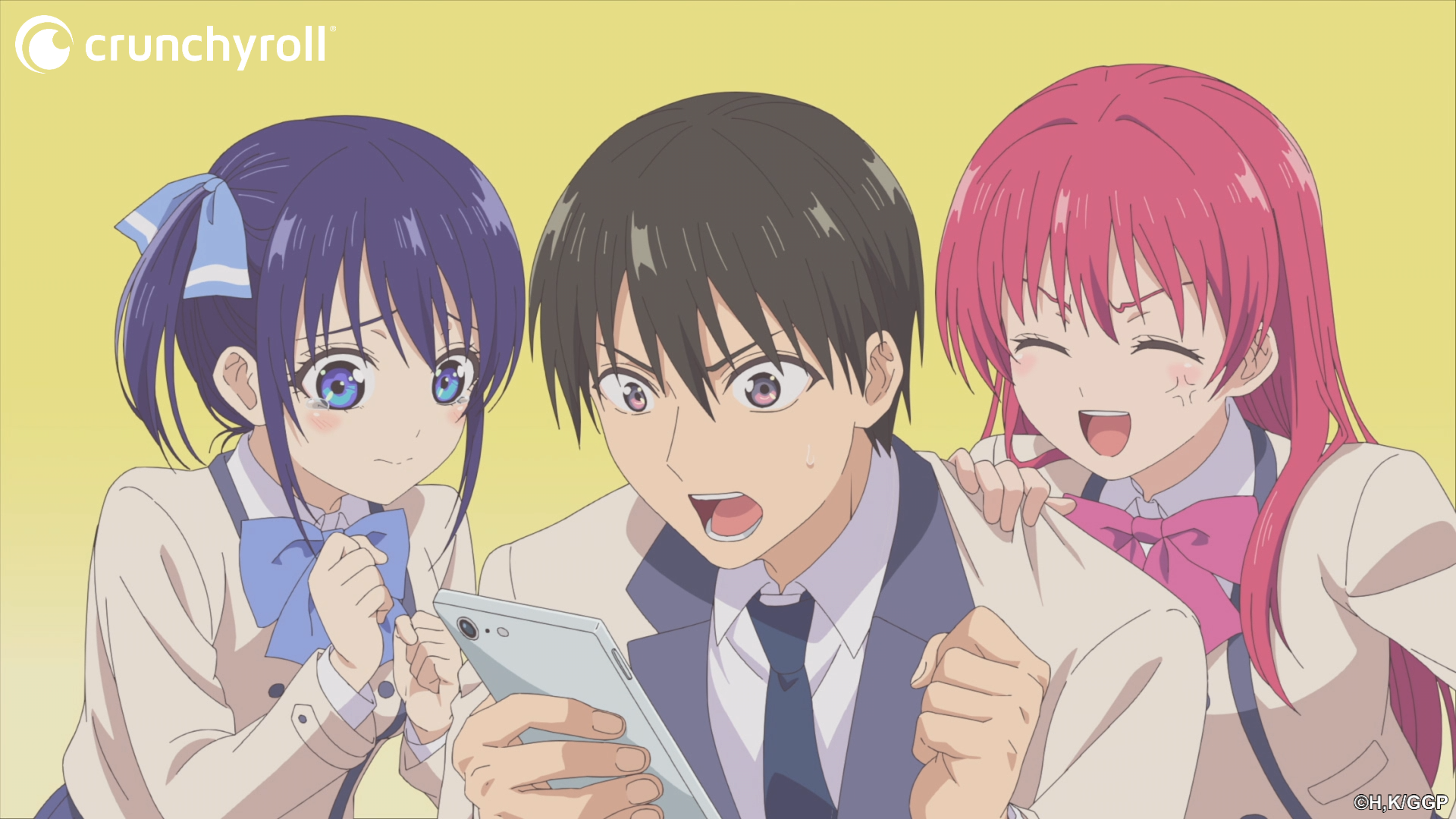 Girlfriend, Girlfriend is a romantic comedy that started airing earlier this season, and it has quickly earned a spot in anime fans' hearts! The show features a blend of situational comedy and romantic tension and brings it together with a big, earnest heart.

Hiroyuki is the creator of the Girlfriend, Girlfriend manga that the anime is based on. His talent for comedy can be seen in his previous titles The Comic Artist and His Assistants and Aho-Girl. We had the opportunity to speak with Hiroyuki about his work on the manga and are proud to present the interview below!

Video form of the interview

Can you please introduce yourself and what you do to our audience?

Yes, thank you. I've been a manga artist since 2004. Before that, I worked on Dojin Work, The Comic Artist and His Assistants, and then on Aho-Girl. Currently, I'm working on Girlfriend, Girlfriend. I'm not sure how to describe the nature of my work. My work is published weekly in Weekly Shonen Magazine. I work on both the story and art. Does that answer your question?

It does! Can you explain to our audience what Girlfriend, Girlfriend is about?

The protagonist is a Japanese high school boy. Just before the story begins, he starts dating the girl he's always had a crush on, which is great, but then another girl confesses her feelings to him. She's also a great girl, so he's not sure what to do, and that's where the story begins. I'm not sure how much I can say ... He asks his existing girlfriend if she's okay with him dating both of them, and that's the story.

Having Mukai Naoya decide to have two partners from the start is a pretty bold choice! What inspired that decision?

I wasn't inspired by anything in particular, but during a meeting with my editor, when I proposed this story, they mentioned that in The Quintessential Quintuplets, one girl is chosen. While discussing how we felt bad for the girls who weren't chosen, we wondered what it would be like to write a story in which everyone could be saved.

Since this is a manga, I'd like to do something that can't be done in the real world. Even though plenty of attractive girls appear in manga, having to ultimately choose only one of them feels like a wasted opportunity, so I was wondering if something could be done about that. I want to explore life's possibilities. For example, if I were in that situation, I'm not certain that I'd be 100 percent voluntarily pushing around my girlfriend. If something is even slightly possible, I want to explore it. I imagine it would be difficult, but it might also be fun. I started writing this series because I wanted to explore that concept through manga. I began wondering what I personally believed would be the most interesting answer to that question. The answer I came up with was to ask the existing girlfriend if he could date both girls. Expanding on this idea ultimately led to the protagonist dating both girls. 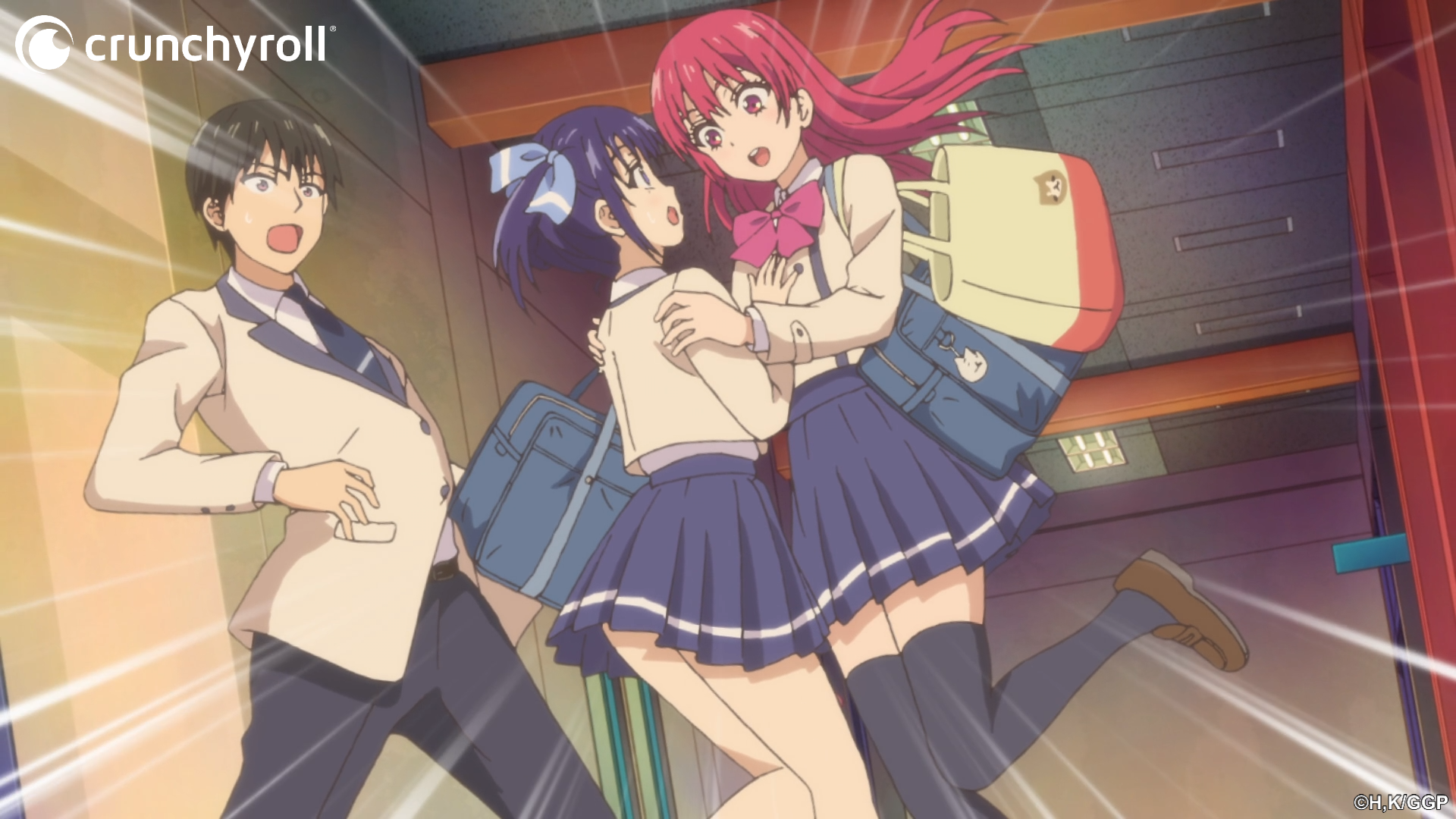 You also created the series Aho-Girl. Do you feel like writing that series helped you with writing your later comedic stories?

Naturally, my prior experience on Aho-Girl has been helpful, as well as my work on my previous series. I've always written comedies, and I enjoy writing series with a fun atmosphere. A story about a two-timing boyfriend could easily go in a dark direction, so I'm using the charm and personalities of the characters to make it as light and fun a series as possible. I do get serious when necessary, but in general, a lot of my writing draws on my experience working on Aho-Girl.

What can fans of Aho-Girl look forward to in Girlfriend, Girlfriend?

How has working on Girlfriend, Girlfriend differed from other projects you have worked on?

Most of my previous works featured stories that resolved within a single chapter, but this time, there's a continuous story. The way the relationships and situation are constantly changing is the biggest difference from my previous works. It's fun for me to work on. Sometimes I don't know what will happen next.

How closely do you work with the staff working on the anime adaptation?

I've been involved since the initial scriptwriting meetings. Overall, I supervise the work.

Do you work closely with the anime's director, Satoshi Kuwabara? What has that experience been like?

Kuwabara-san and I spoke quite a bit during those scriptwriting meetings. He treats the work with great care. I feel at ease leaving the series in his hands. 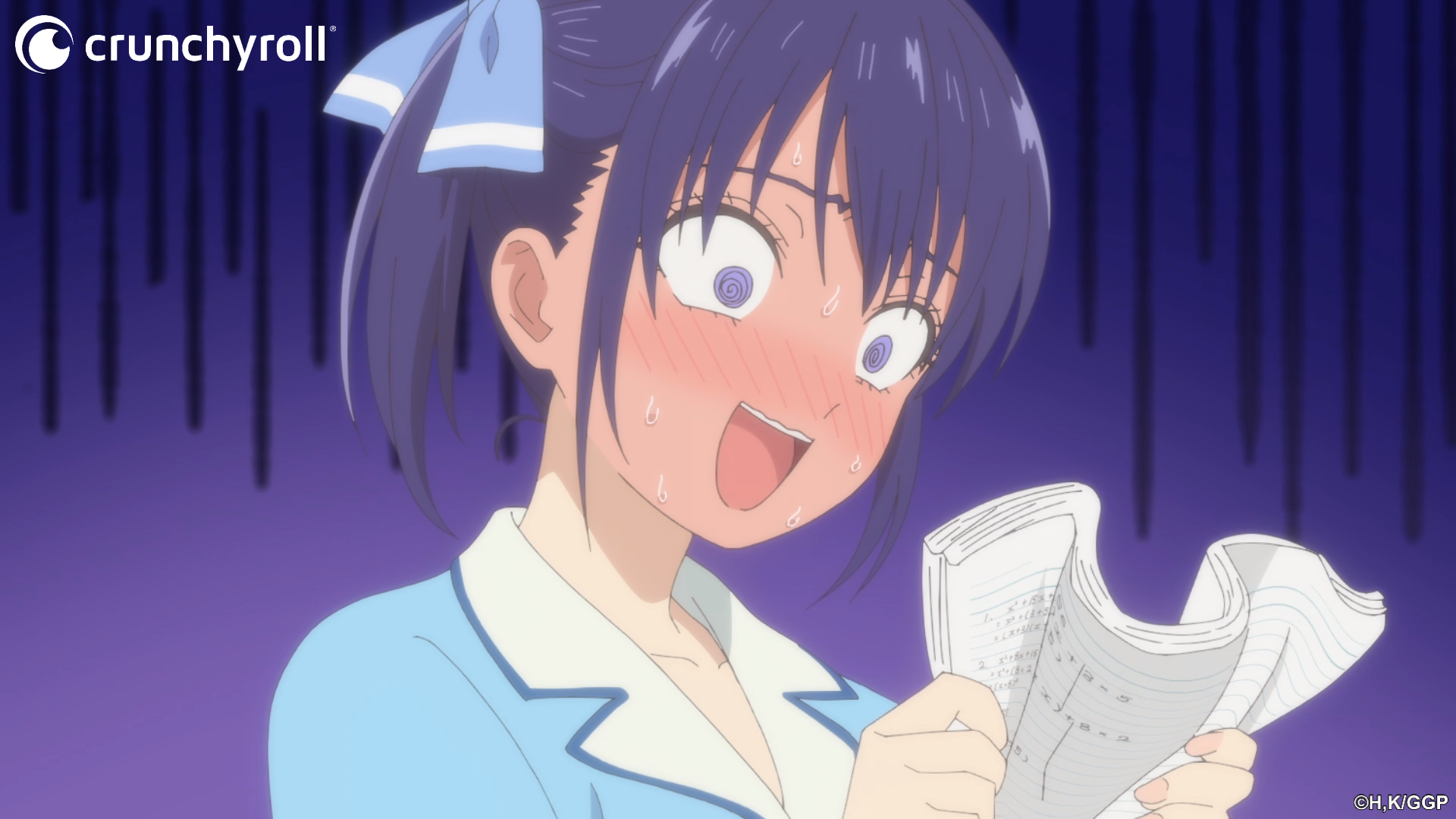 How has COVID-19 impacted your work schedule?

I used to meet with my editor every week, but I haven't been able to meet them in person since the pandemic started. Having to switch to meeting over the phone has been the biggest change. I spend most of my time at home anyway, so it hasn't impacted me much.

The anime for Aho-Girl aired mostly after the manga's serialization ended. How does it feel to work on Girlfriend, Girlfriend simultaneously as the anime is airing?

Aho-Girl was also airing while it was still being serialized, but the series was just about to end. Also, Girlfriend, Girlfriend is on a weekly schedule, but Aho-Girl had switched to a monthly schedule. Between a weekly and monthly schedule, the amount of work to be done is totally different. In that regard, it's definitely difficult. For the anime to begin while the story is still developing is exciting. I'm very grateful that I'm able to look forward to what will happen in the future as I work on the series.

Who is your favorite girl out of all the female leads in Girlfriend, Girlfriend?

All of them, of course! 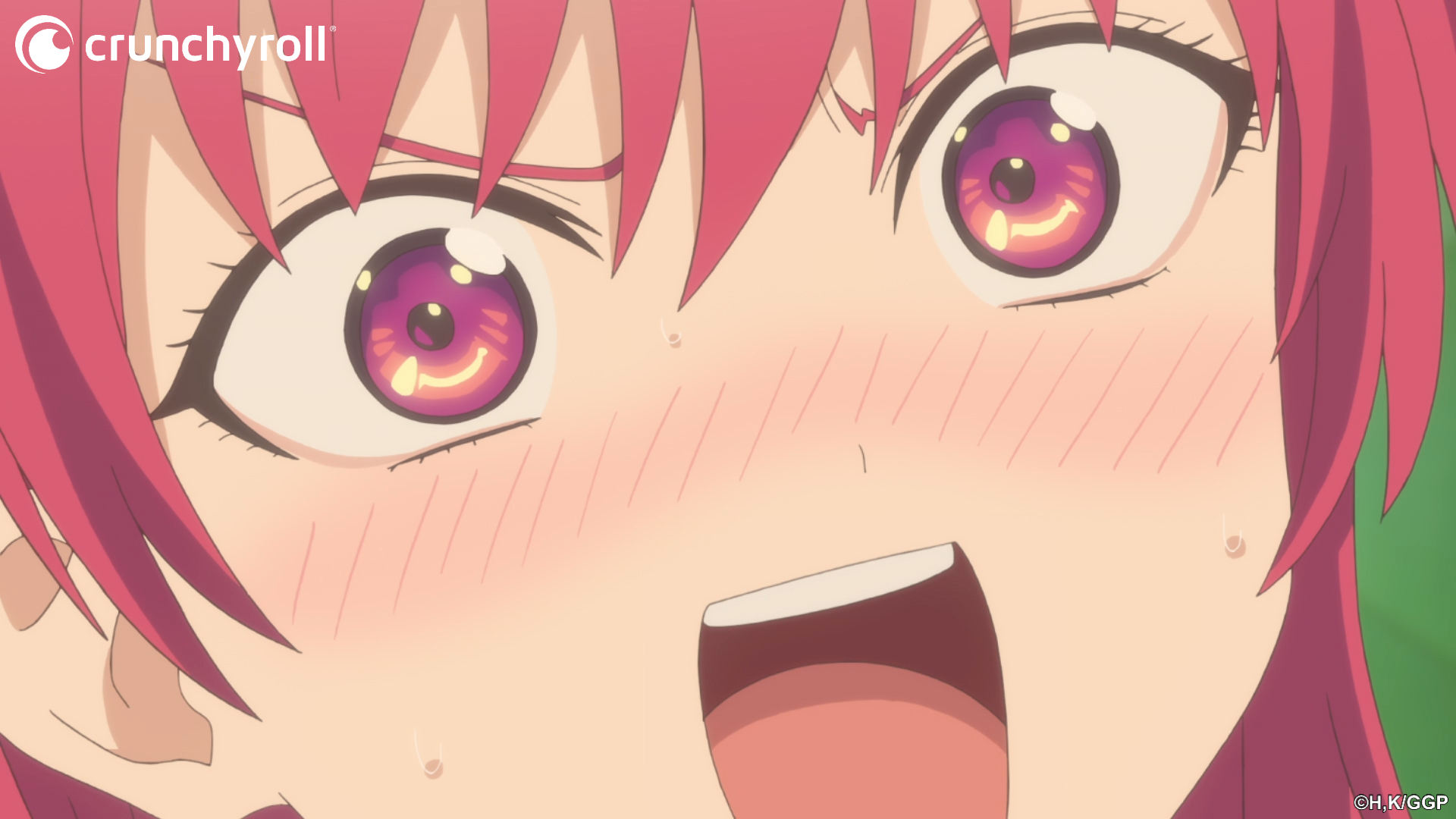 What can fans of the Girlfriend, Girlfriend manga look forward to in the anime adaptation?

Unlike the manga, there's color, the characters move, and there are voices, sound effects, and music. I believe it adds depth to the series. The involvement of so many people produces movements, voices, and gestures not seen in the manga that make the characters more attractive. In that regard, I believe the anime will make viewers like the characters even more.

What were your thoughts when you learned that Girlfriend, Girlfriend had been selected for an anime adaptation?

To be honest, I thought, "Already? So soon?" But I was very happy to hear the news. I'm genuinely excited about the series.

Is there anything else you would like to say to fans of Girlfriend, Girlfriend?

With the anime airing soon, all kinds of people will see it. I'd love it if viewers were moved by the series or had fun discussing which girl is their favorite. The manga will continue to develop in an exciting direction, so I'd love it if people enjoyed both the anime and the manga. Thank you for watching Girlfriend, Girlfriend on Crunchyroll. 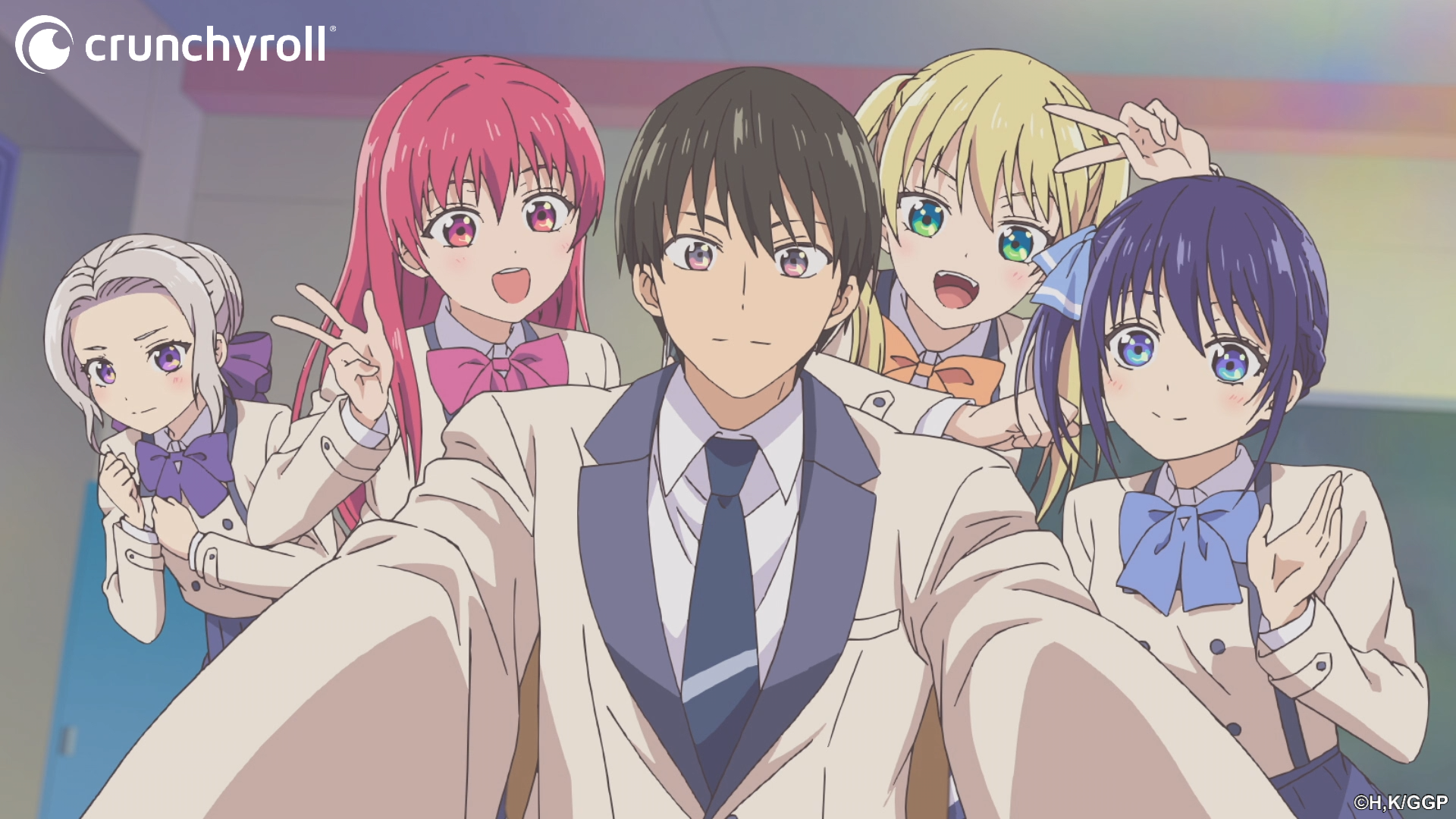 You can watch Girlfriend, Girlfriend on Crunchyroll here!