FEATURE: The 6 Best Books On The History Of Manga And Anime

Time to hit the books 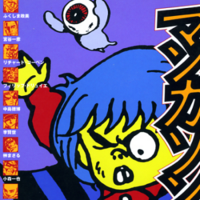 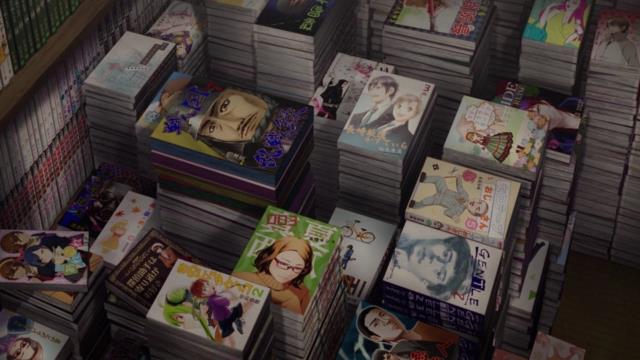 Say you’re a fan of anime and manga who’s looking to learn more about history or craft. Where do you begin? There’s whatever insight you can glean from the work itself, of course. There’s also a good amount of information available online, from animation blogs to translated manga interviews to personal pieces. But when all else fails, turn to the library. Here are some excellent nonfiction books on the manga and anime industry that I’d recommend to just about anybody. I’ve also read at least sections of every book on this list, so you have my guarantee of their quality! 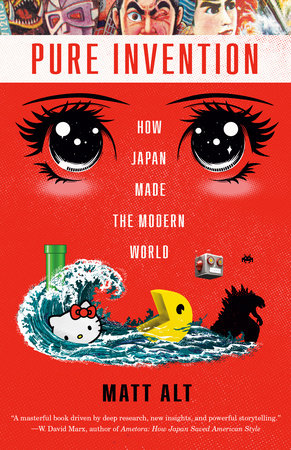 Pure Invention: How Japan's Pop Culture Conquered the World reaches beyond manga and anime to encompass Japanese pop culture post World War II. But there are plenty of stories in here that fans of anime and manga might find fascinating:

Author Matt Alt’s choice of interviewees and attention to detail marks Pure Invention as one of the best of its kind. If you’re a curious reader looking for an accessible (and recent!) popular history, I highly recommend this book. 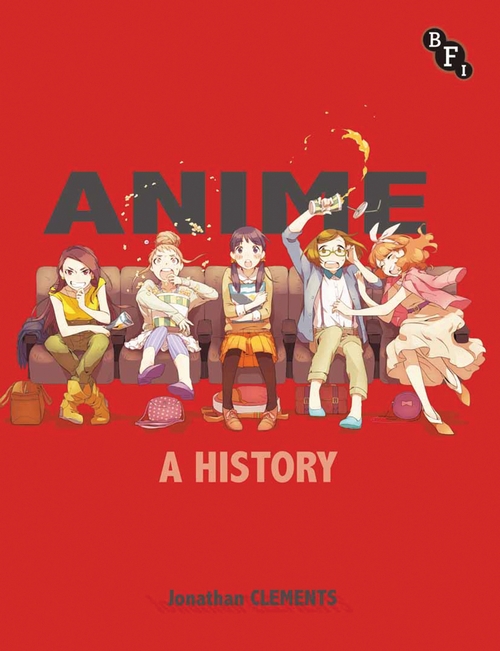 For fans abroad, the history of anime begins with the airing of Osamu Tezuka’s Astro Boy on Japanese television. But this wasn’t enough for Jonathan Clements, a long-time anime and manga scholar who continues to blog on Schoolgirl Milky Crisis. His academic text Anime: A History begins in the 1910s, 50 years before the airing of Astro Boy, in fact, Astro Boy only appears halfway through the book! Clements is concerned not just with the medium of anime itself, but the cultural traditions, historical events, and individual people that brought it into existence.

One of the greatest obstacles standing in the way of English-speakers seeking to understand the history of Japanese animation — besides, as Clements notes, the haphazard nature of even those resources available in Japanese — is the language barrier. Online writers at sites such as Sakugablog have done fantastic work in making some of this information accessible, but those same writers would be the first to acknowledge there’s still plenty we don’t know. Anime: A History synthesizes countless Japanese-language source texts and interviews about the history of animation, yet Clements is careful to acknowledge that the testimony of individual actors within the industry must be weighed against both their own agenda and the words of others. While Anime: A History would be a valuable text if it was nothing more than a synthesis, Clements’ ambition to build a coherent history of Japanese animation from a production standpoint that thoroughly examines its subject matter and context from all angles is what makes it essential. 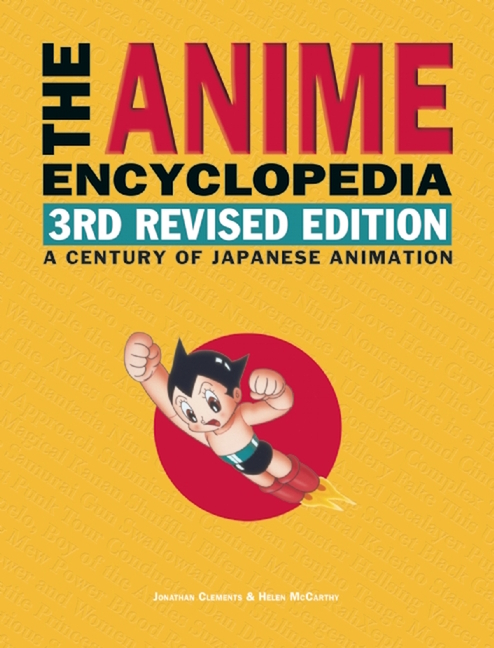 Jonathan Clements collaborated with equally prestigious anime and manga scholar Helen McCarthy to produce The Anime Encyclopedia, whose third edition was published in 2015. It’s an enormous text (over a thousand pages long!) that covers everything from summaries and critical appraisals of popular titles to specific themes and tropes to nuggets of cultural history and influence. If I were to criticize this project, I would say that recent anime writing outside the United States exposes The Anime Encyclopedia’s biases; for instance, the magical girl series Ojamajo Doremi only merits a few paragraphs despite its status as a beloved children's series in Japan. Keeping that in mind, it’s an impressive resource that is great fun to browse (and to disagree with)! 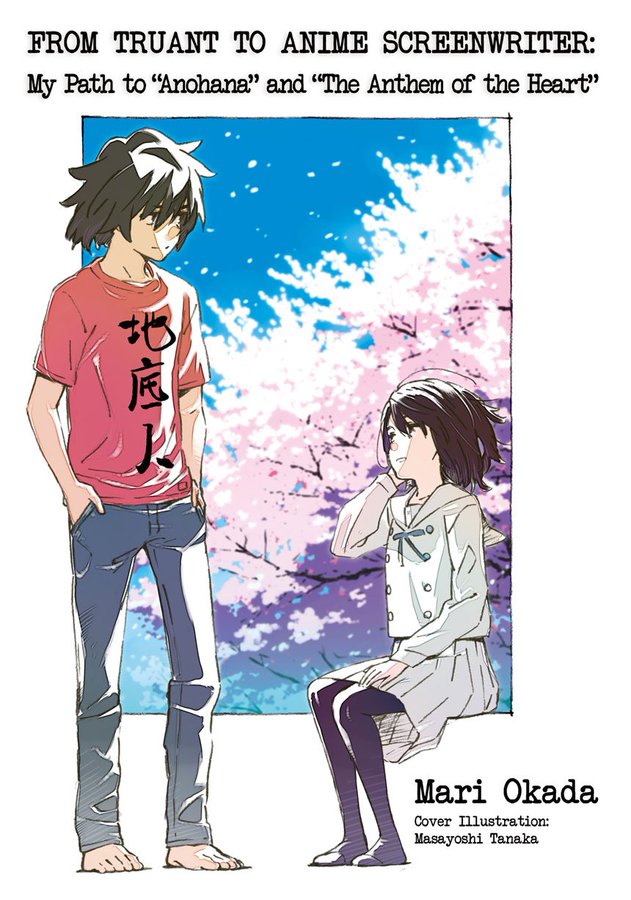 Mari Okada is one of the most prolific and influential anime writers of the past decade. She’s worked on adaptations, original projects like Anohana: The Flower We Saw That Day and KIZNAIVER, and even directed her own films. In her memoir, From Truant to Anime Screenwriter, Okada frankly discusses her personal struggles: her fraught relationship with her mother, her years as a young student when she couldn’t bring herself to attend class, and the process by which she gathered her courage to touch upon her personal experiences in her work. There are chapters of this book that wouldn’t be out of place in an Okada-written drama, which I suppose is the point.

Okada’s memoir is in part a testament to her work ethic and her willingness to tackle any challenge no matter how difficult or annoying it is. But it’s also a rosetta stone for her work: not just in how it overlaps with her personal life, but in its emphasis on the importance of communication despite how difficult it can be to voice even simple feelings. Whether you’re a fan of Okada or not, I found this to be a great resource for writers nervous of the fraught boundary between fiction and personal experience or for readers who want to know what makes Okada’s work so distinct. 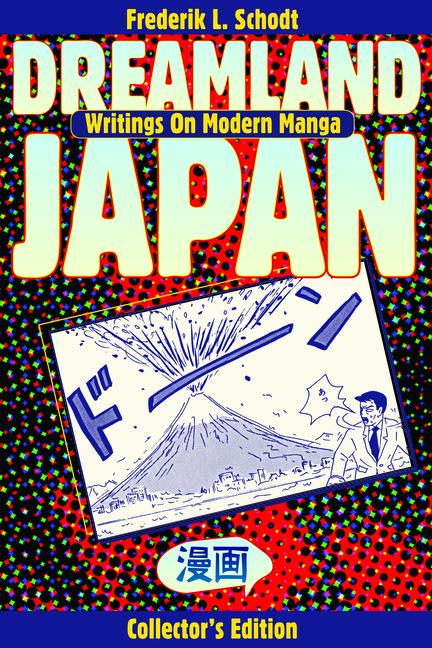 Frederik Schodt is one of manga criticism’s greatest elder statesmen. His book Manga! Manga! put him on the map, not only for its editorial content but also for its translated excerpts of Japanese comics — including what would be, for years, the only available English chapter of Rose of Versailles! Yet that book was published in 1983 and sections can’t help but read as dated now. So I’m recommending the sequel here, 1996’s Dreamland Japan.

Like its predecessor, much of Dreamland Japan is devoted to detailing Schodt’s theories as to what manga is and how it works. But the sections of the book I personally find most valuable are the profiles where Schodt writes at length about specific manga artists he either personally enjoys or believes to embody a specific genre unique to manga. The freakish kitsch of Suehiro Maruo; Ryoko Yamagishi’s historical epic Hi Izuru Tokoro no Tenshi (Emperor of the Land of the Rising Sun); and alternative artists like Kazuichi Hanawa and Shungicu Uchida. These chapters stand as a stark reminder that despite the recent popularity of manga in the United States, many fantastic comics remain completely unknown to most English-speaking audiences. 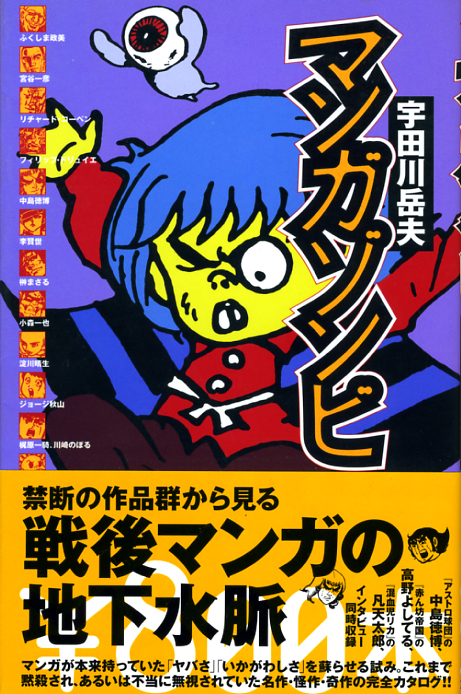 Finally, there’s Udagawa Takeo’s Manga Zombie! Translated into English by John Gallagher, it’s an eccentric and rewarding text that profiles several avant-garde manga artists from the ‘60s and ‘70s. Udagawa strongly dislikes the market-driven manga hits that would go on to rule the world from the pages of Shonen Jump and fights instead for the careers of authors whose work was published in the pages of pornographic magazines as often as they were in Jump or the alternative magazine Garo. Most of these authors have never been published in English, whether officially or through illicit means like scanlations. If not for the translation of Manga Zombie — or for Udagawa’s further works of manga scholarship — the artists he writes about might vanish into history without leaving a trace.

The comics detailed in Manga Zombie can be grotesque, ranging from the “fleshbomb style” of artists like Masaru Sakaki to prescient weirdos like George Takiyama. Some might be repelled by the content here; personally, I’m disappointed by the lack of female comics artists featured, although Udagawa (who mentions the girls comic pioneers the 49ers in the foreword to his book) is certainly aware of them. But I love reading folks talking about their favorite work that I’ve never heard about, and Udagawa makes for an idiosyncratic tour guide to some truly unique material. For those willing to brave the world of Japanese exploitation comics, Manga Zombie is a hidden gem.

What’s your favorite text about manga or anime? Is there an interview you consider especially interesting? Let us know in the comments!

Adam W is a Features Writer at Crunchyroll. When he isn't reading weird fantasy novels and horror fiction, he sporadically contributes with a loose coalition of friends to a blog called Isn't it Electrifying? You can find him on Twitter at: @wendeego