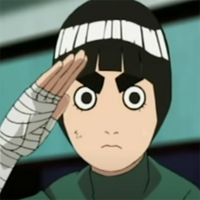 This article written by Daniel Dockery was originally published July 10, 2020

What makes up the Mt. Rushmore of Weekly Shonen Jump-inspired anime fights? Goku vs Frieza is a drag-out battle that illustrates the anime genre's penchant for mid-fight power transformations and ridiculously high stakes, so it's probably on there. There's no better representation of anime hero willpower and protecting one's friends than Luffy vs Lucci, so I'd add that, too. And when it comes to the culmination of rivalries and fights with layered meaning, it's hard to top Yusuke vs Toguro. So I'll drop that on there as well.

And for the fourth head on the mountain? I'd probably say Rock Lee vs Gaara from Naruto.

I've written at length about why Rock Lee is such a great character. In a world of ninja that are constantly on the cusp of superpower-esque feats, he's a relatively normal guy, a kid that just wants to train and train and train in order to make up for his very human weaknesses. Naruto is the main character, but Rock Lee is the one that we relate to most on a basic level. Many of us aren't prodigies, nor are we "chosen ones." No, we have to work very hard to accomplish our goals, often in the face of seemingly impassable obstacles. Deep down, most of us are Rock Lee just kicking that stump in the woods.

And he's perfectly contrasted by Gaara, who is an absolute monster. Not even counting Gaara's sand abilities which set him leaps and bounds above his clumsier ninja peers, he's already been shown to be willing to kill someone. This kind of thing adds a huge amount of tension to their fight. Sure, there are adult ninjas around watching and willing to step in if/when Gaara goes bananas, but Gaara is still willing to end this little dude.

Rock Lee is fighting to prove himself as a constant underdog, but Gaara? Well, Gaara seems just fine with smothering Rock Lee in a sand tomb and calling it a day. One of the beautiful aspects of the Chunin Exams is that the fights all have different kinds of emotional stakes. And when it comes to Rock Lee vs Gaara, the audience might have to watch our precious eyebrow boy get executed by this murder child. It seems like a lost cause.

And then he drops the weights. 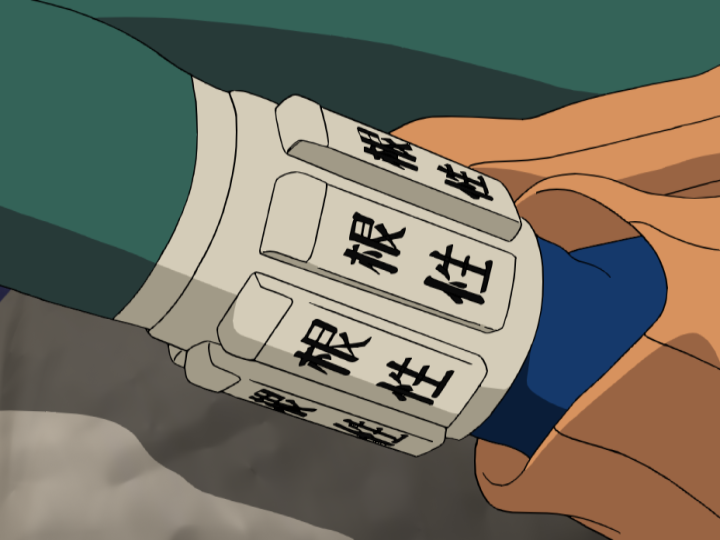 This isn't the first time this has happened in the medium. In Dragon Ball, Goku takes off his weighted clothes before rocking Tien's whole life. But it doesn't have the same weight as when Rock Lee does it. Goku is a natural winner, someone that the world can count on to beat the crap out of warlords and evil aliens whenever it's threatened. But Rock Lee is the exact opposite. If the Hidden Leaf Village was being attacked at the time, you'd call on some of the teachers or Kakashi or Might Guy and then maybe you'd ask Team 7 to help out after. But Rock Lee? He's talented, but he wouldn't be a #1 Hokage draft pick.

But suddenly, all the hard work that he's been doing to just stay on the level of the ninjutsu and genjutsu users is amplified. We've seen him put his all into training, but we didn't know he was training THAT hard. And then he zips around Rock Lee, almost landing hits and then actually landing hits, evening the odds and embarrassing Gaara, and it's hard to not to give him a standing ovation. Look. At. Our. Boy. GO. 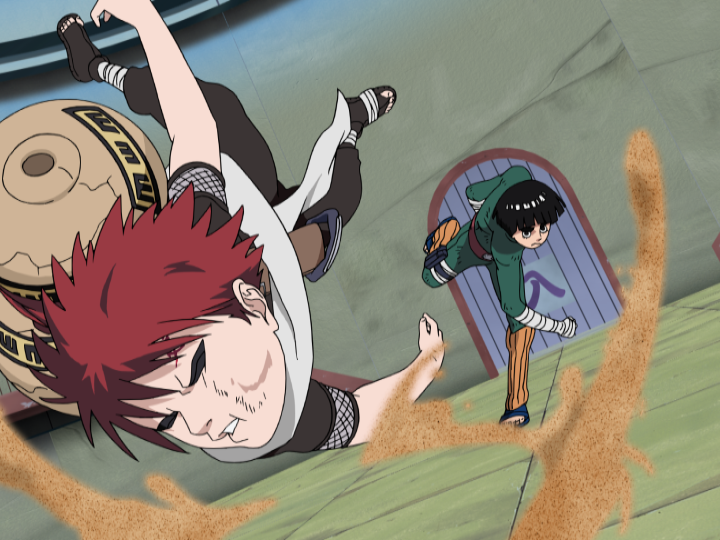 It also doesn't hurt that as soon as Rock Lee leaps into action from atop his perch, some rad guitar starts wailing in the background, straight out of any mid-2000s movie fight scene. You can find the same thing in Freddy vs Jason and in Doom and many other films like it, and that's not a diss. That's universal shorthand for "This is about to get rad, y'all." There is no purer musical motif in cinema history.

The fact that Rock Lee loses the fight is almost an afterthought. He puts so much of himself into the battle, shaking off any notion that he will let his limitations define him, and he pushes Gaara to the limit. It not only set the standard for Naruto fights to come, but it remains one of the most beautiful examples of combat in the medium.

How Rock Lee vs Gaara Became A Premier Anime Fight