FEATURE: Is To Your Eternity's Immortal Being Good Or Evil?

How "bad" can Fushi possibly be? 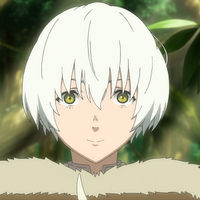 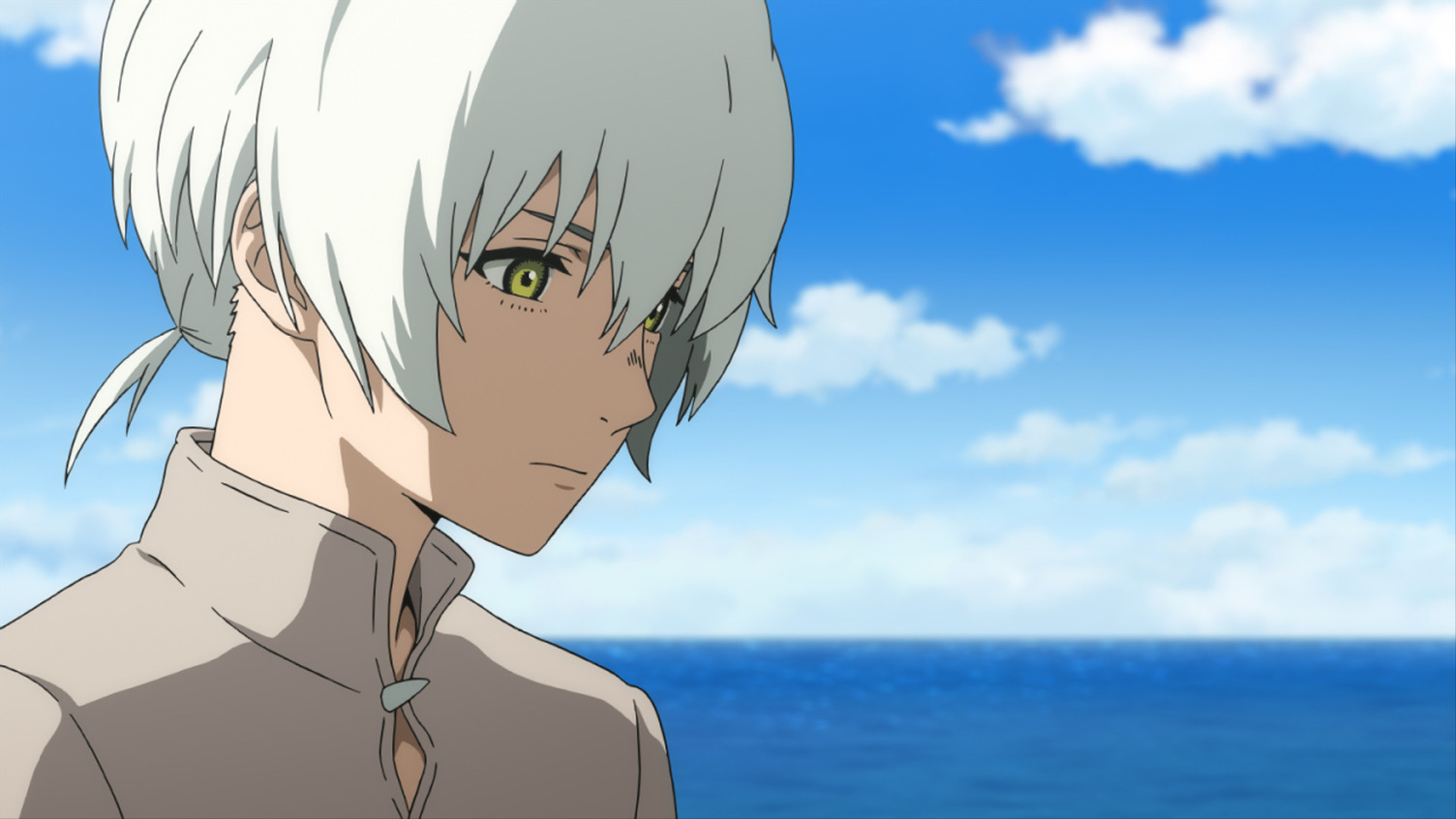 Last season’s To Your Eternity was no doubt a gut-wrenching and philosophical journey. With Season 2 announced for next fall, there’s much to speculate on following the finale and how the rest of Yoshitoki Ōima’s manga will be adapted. To Your Eternity’s premise is simple: an immortal entity named Fushi attains new “forms” after acquiring “stimulation,” or life experience by interacting with people, animals, and objects. Despite its fantasy setting, To Your Eternity is seriously grounded in the realities of being human. As a non-human protagonist, Fushi isn’t tied to any strict notion of good and evil — so how “bad” can Fushi reasonably be in a story intended to frame him as a hero?

A blank slate is meant to be imprinted on, not pass judgment. Fushi’s original form, a white orb, resembles a philosopher’s stone. From the moment we meet Fushi, it’s heavily implied who or what he will become is ambiguous. Fushi is a tabula rasa, a blank slate quite literally shaped by random encounters. His only instinct is to survive, complicating any assumptions about protagonists being virtuous for simply using their powers “for good” if it all really boils down to nature versus nurture.

Beyond Good and Evil 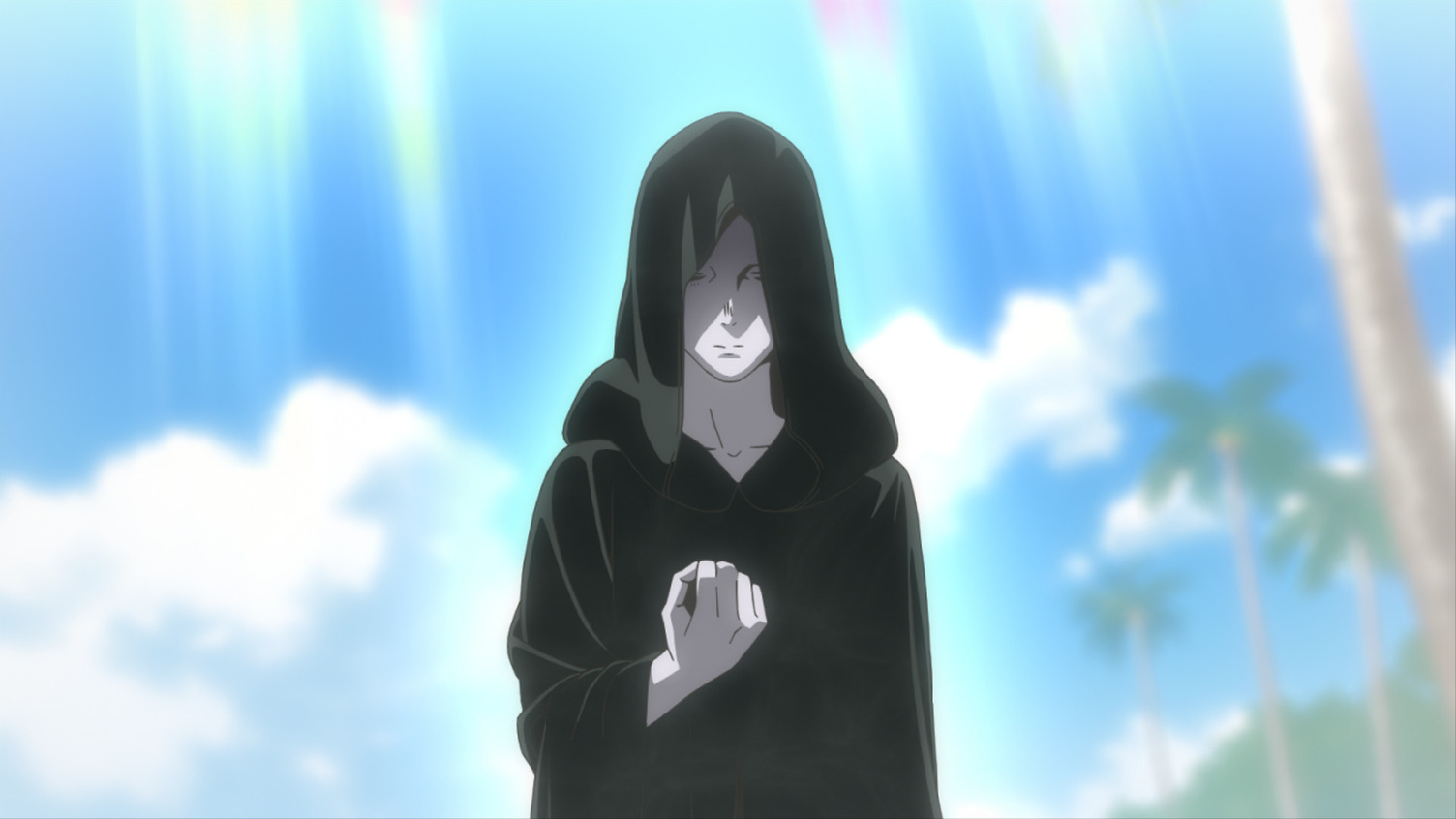 Living forever isn’t so great for Fushi, especially when word begins to spread of his immortality. Like the question “can an immortal person be good or bad,” the answer depends on the time and place. Which, if you live forever, is of little consequence long-term. Ironically, Fushi’s creator already knows this.

A hooded man named The Beholder watches over Fushi and narrates To Your Eternity. Although Fushi is The Beholder's creation, he doesn’t interfere with Fushi’s mission to learn how to “become” human. Fushi’s first form — a wolf named Joan — is the companion to a white-haired boy living in the arctic. We don’t know The Beholder's intentions, nor do we know Fushi’s. This is the beginning of Fushi’s immortal dilemma: when he acquires a new form, he only acquires the body, not personality or memories. Joan’s usefulness to Fushi is only possible because of a pre-existing relationship Fushi had nothing to do with. If anything, Fushi is an opportunist, not a hero. 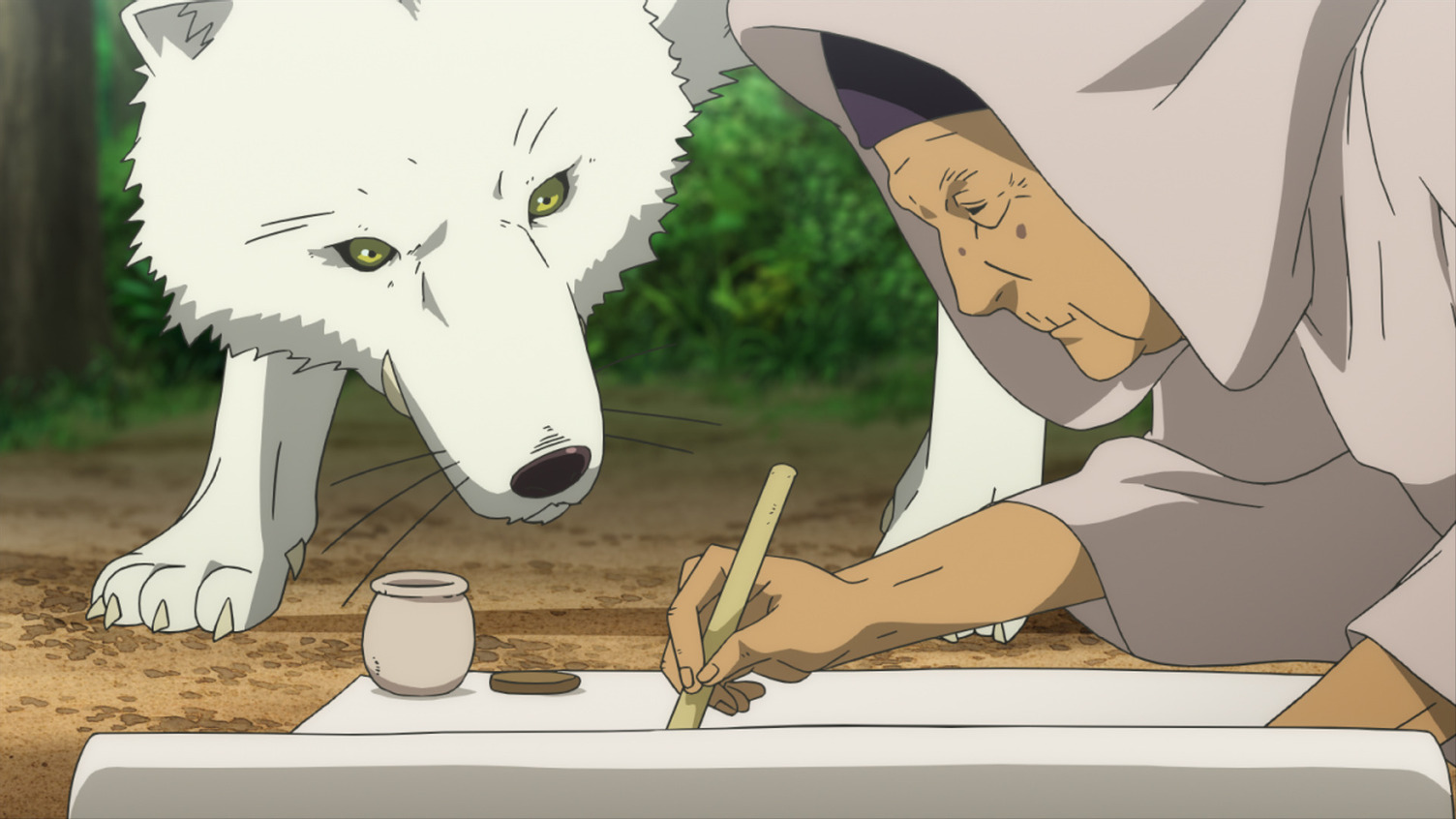 Yet, when the boy dies, Fushi adopts his form. This dead boy becomes the primary vessel for Fushi. His strange power can only be triggered by learning empathy and love from a very human-centric perspective. Without forming attachment and traveling to meet new people, Fushi would’ve stayed a rock forever. As a human, it’s easier as an audience to project onto Fushi and assume we’ll predict what he will do. But that’s the problem. Fushi looks human, but has to learn the basics just like an infant. At first, the contrast between his naive appearance and animal-like behavior makes him feel uncanny and alienating. Who could possibly like this kid?

Ironically, for March and Gugu this juxtaposition is exactly the kind of childish personality that attracts them. March adopts Fushi and becomes his “mother” in a symbiotic relationship, just as Gugu adopts Fushi as his “little brother” who needs to be educated. These aren’t standard social dynamics, but those around March and Gugu adjust to Fushi’s presence regardless. In the case of older characters such as Pioran and Parona, Fushi is appreciated as an anomaly who mustn’t be influenced by the wrong people. Even when he’s treated like a pet, Fushi’s framed as something to protect with good faith rather than a supernatural threat. He’s “one of us” now, so that must be good.

We Live In A Society 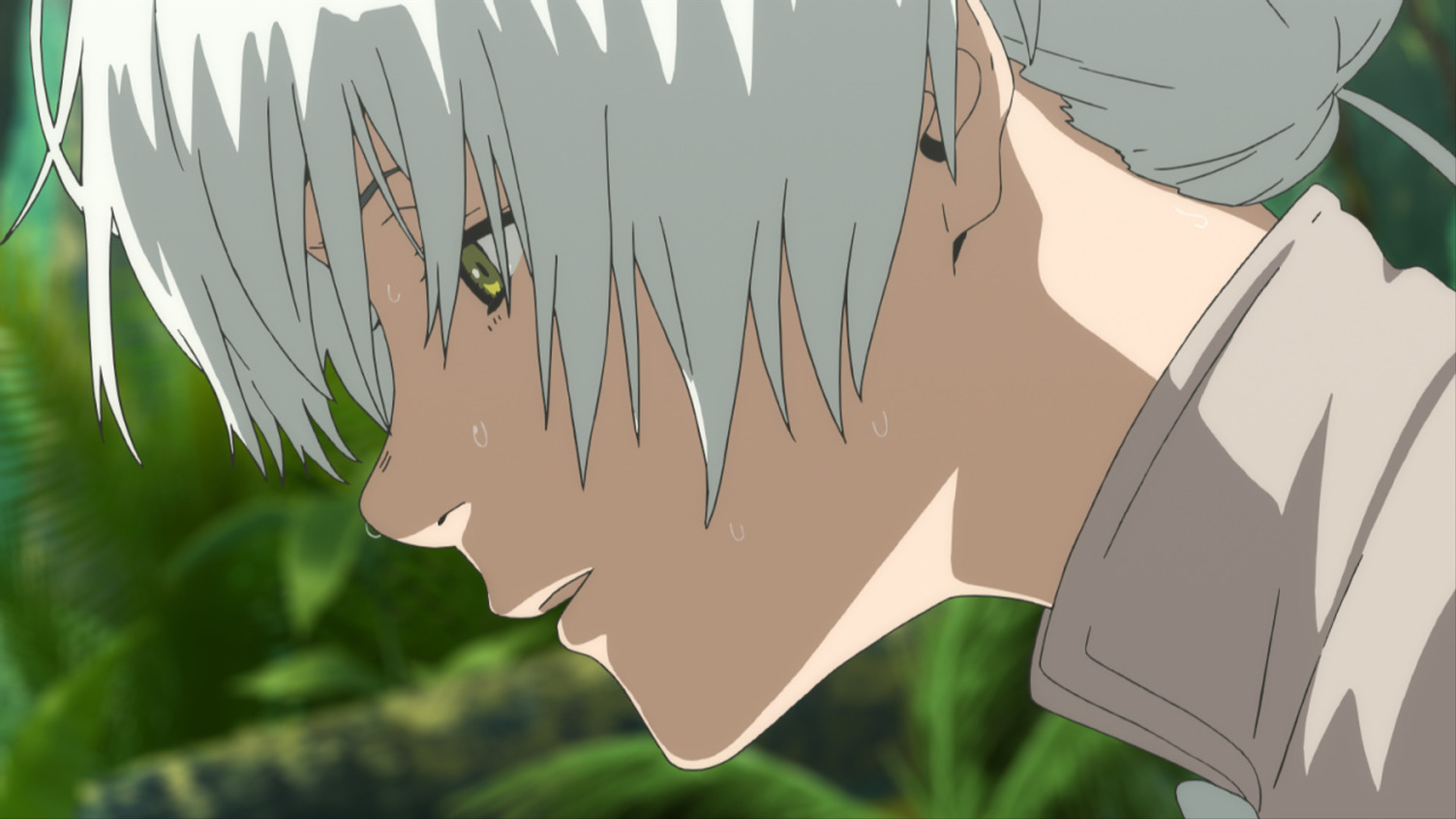 To Your Eternity’s episodic plot drops Fushi into a wide range of circumstances, allowing the social drama where Fushi is repeatedly “found” by someone and danger ensues. Unfortunately, Fushi’s immortality preemptively causes the untimely deaths of his companions. Whether directly or indirectly because of his powers, Fushi is constantly unintentionally attracting danger for what he is rather than what he does. His response isn’t clearly “good” or “bad” either — Fushi lives as a nomad, accepting that loss is unavoidable. In other words, To Your Eternity constantly reminds us you can’t always do the “right” thing even when you want to.

Reiji Kawashima’s powerful performance as Fushi emphasizes Fushi’s struggle to fit in. The barrier to acquiring new companions is language … and culture naturally follows. To Your Eternity showcases many civilizations, but the conflict of each arc stays the same: two opposing groups have a difference they cannot settle. Again, Fushi doesn’t have much of a choice but to pick sides, whether it be in Janada, Yanome, or Takunaha. As idyllic as somewhere might be, it can’t last forever, something not even Fushi’s immortality can prevent. 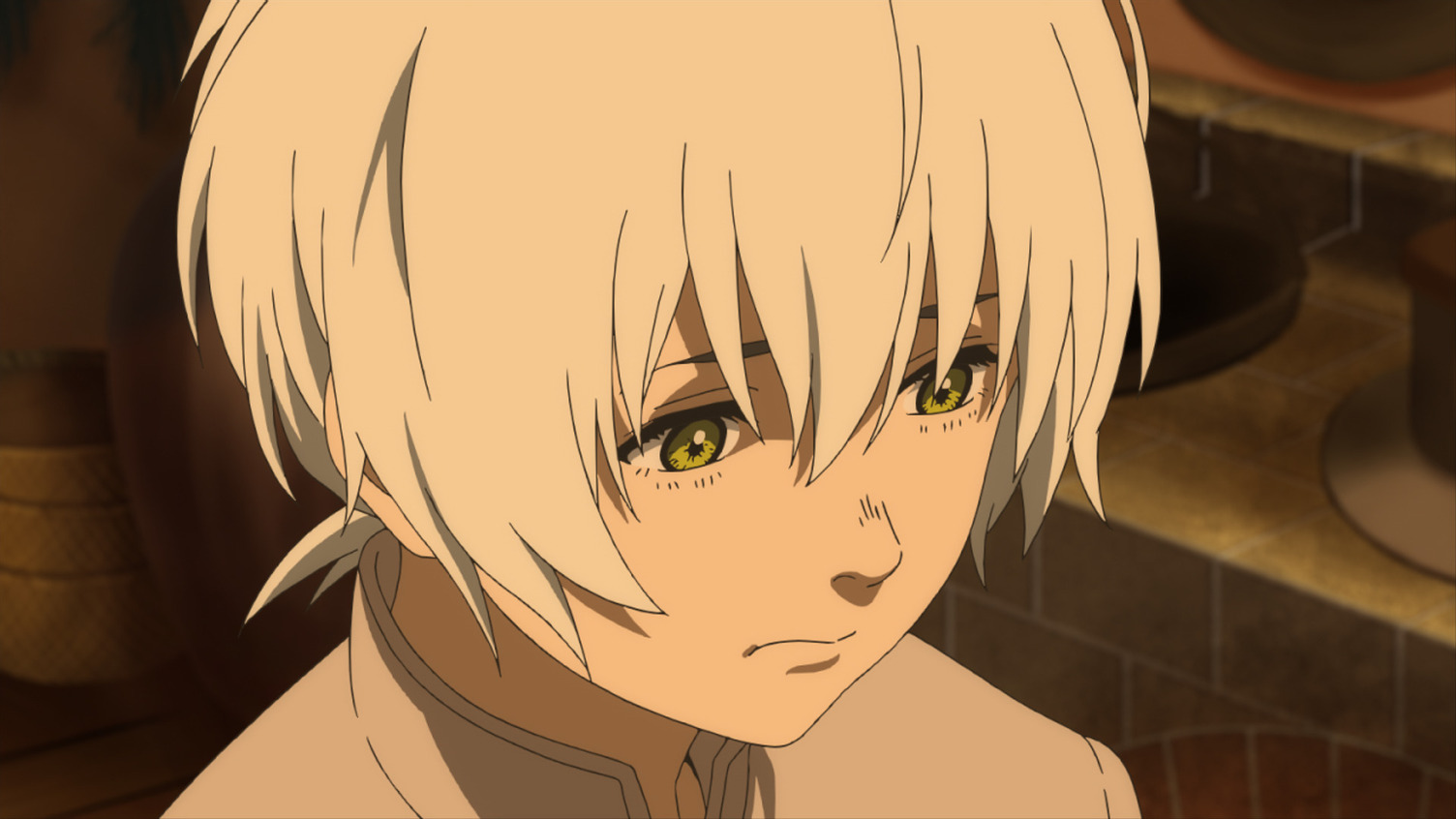 Tragically, Fushi is an entity that thrives off the death of loved ones. As Fushi grows, his powers develop capriciously like a bizarre puberty. But unlike a human adolescent, Fushi’s more like a complicated network of fungi constantly decomposing something. He isn’t made of human stuff, but truly wishes he was for the sake of no one dying. No matter what he does, he is what he is.

Take for example the Nokkers, a parasitic group of organisms hunting Fushi and friends. The Nokkers bear a striking resemblance to a hivemind functionally identical to Fushi, sans the need to develop a “bond” in exchange for being able to steal forms. The Nokkers and Fushi are more alike than different. Although the Nokkers are obviously framed as enemies, who is to say they don’t also exist to keep immortal entities like Fushi “in check,” or prevent “power creep” in this ecosystem? If Fushi exists for a reason, why not these “bad” immortal entities as well?

To Fushi, the Nokkers are “bad” because they kill. He believes this because, living as a human, he learns to value life over death. Even if he’s anything but human, Fushi’s nurtured by his companions to value life, being the exact antithesis to the Nokkers. For what it’s worth, that’s character development Fushi’s initial form would be incapable of. 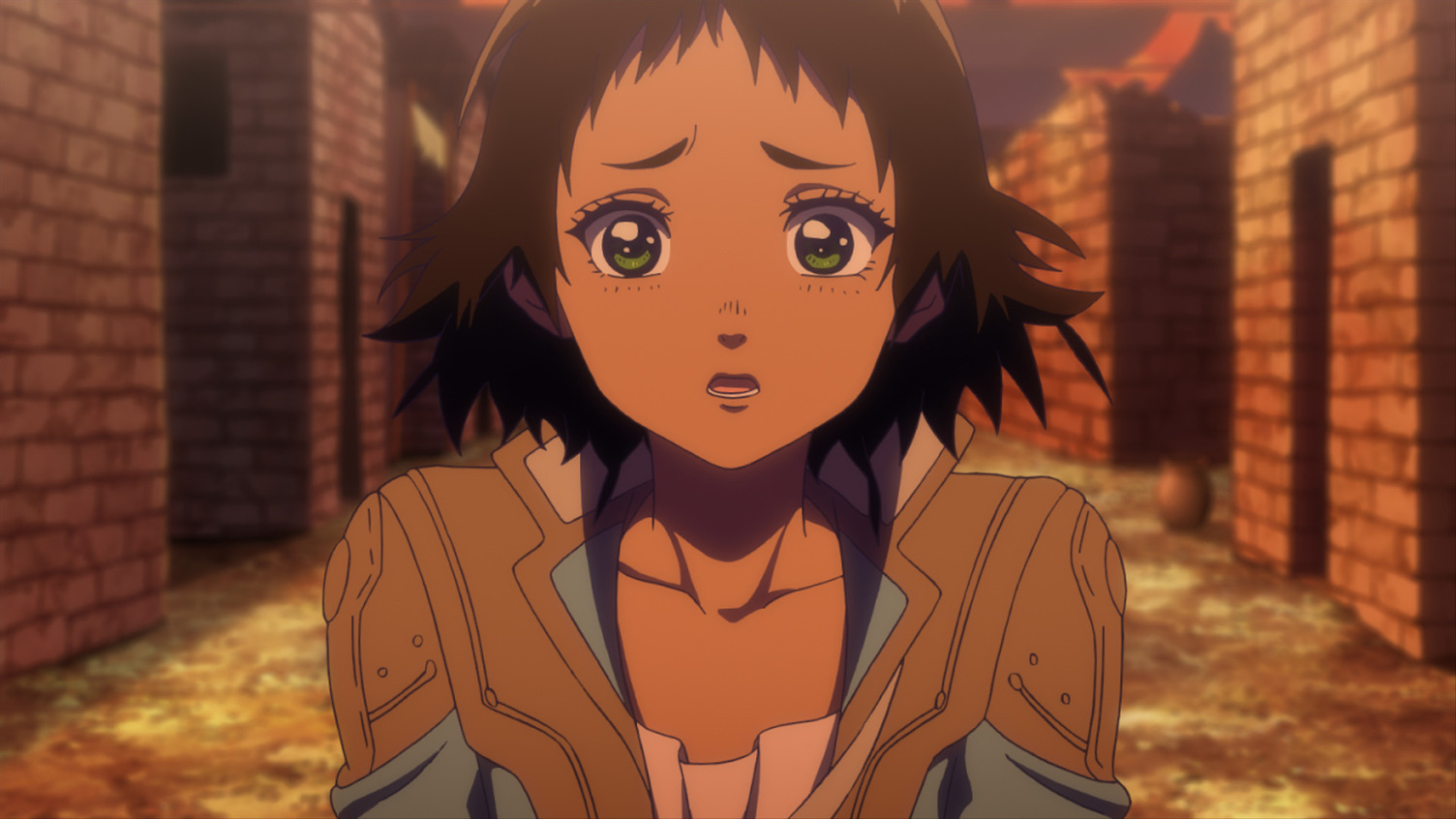 When Fushi and Tonari part ways from Janada, Tonari explicitly says what this narrative’s been suggesting all along: Fushi must choose to live even when those closest to him might always die. Although this isn’t the first time someone points out the correlation between befriending Fushi and death, the guilt catches up to Fushi when he doubts whether or not to reunite with Pioran. Fushi’s immortality isn’t a question of his moral ambiguity, but something far more relatable: the horrifying epiphany of so, what are you going to do now? when life unexpectedly changes.

The most human thing Fushi accomplishes is accepting that yes, this does suck, while never resorting to violence or dying because of trauma. The question of “is it a gift or a curse?” can essentially be applied to someone who has ever been ostracized for their anomalies. To Your Eternity openly embraces this interpretation by depicting Gugu’s journey to self-acceptance and Tonari’s insistence on freedom from Janada. Fushi is drawn toward black sheep: March, Pioran, and even Oniguma are all misunderstood in one way or another. His companions are all marked as outcasts, ironically making it easier for them to find solidarity with Fushi, the non-human.

For better or worse, Fushi is who he is because of chance, just like everyone else living in a world where the difference between right and wrong isn’t always clear. Even at its bleakest, To Your Eternity insists that accepting life — even with its risks — is worth any consequence.

Blake P. is a weekly columnist for Crunchyroll Features. His twitter is @_dispossessed. His bylines include Fanbyte, VRV, Unwinnable, and more. Rest in peace, Gugu.