FEATURE: Veldora's Nerd Side Caused Chaos And Fun In Slime

It's time to bust our your favorite moves from other media, Veldora! 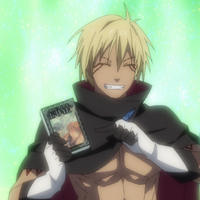 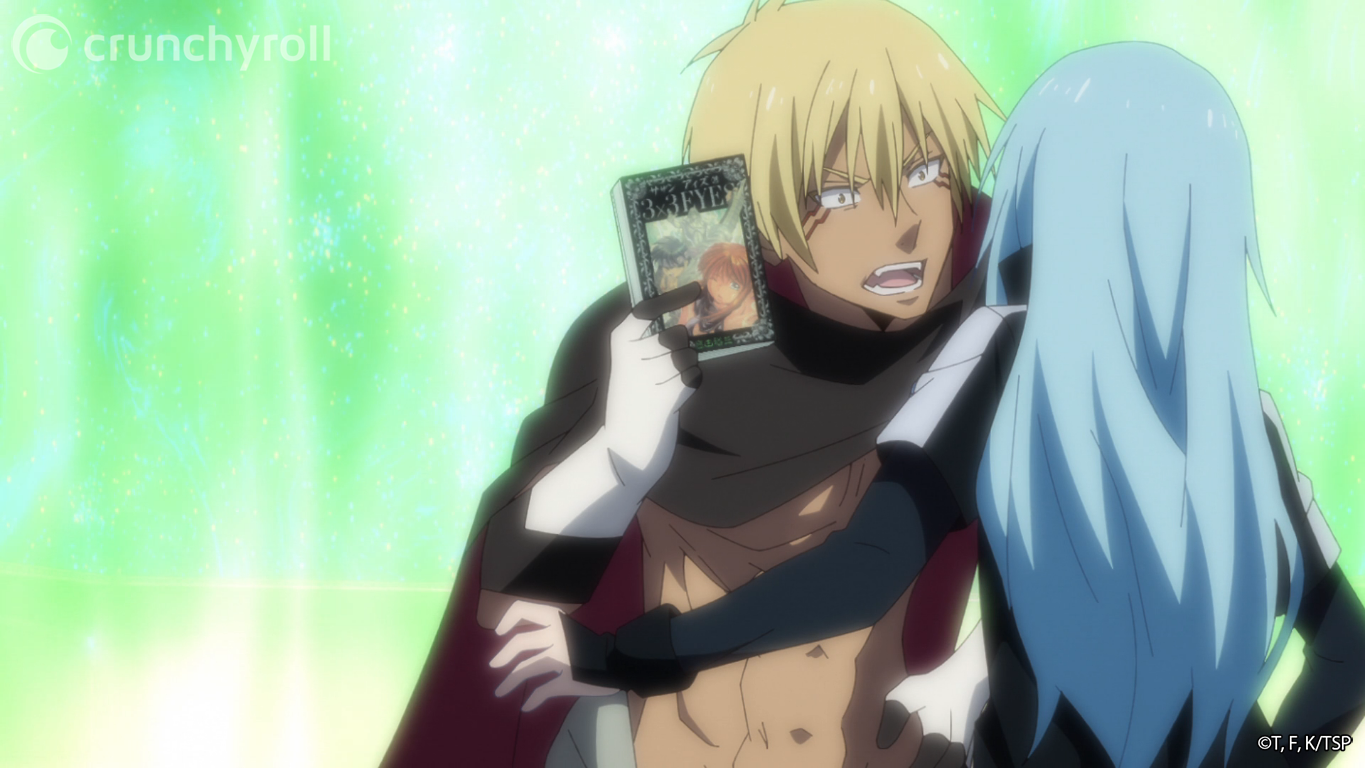 When I wrote about Veldora a few weeks back and talked about how he was the best part of the second half of That Time I Got Reincarnated as a Slime Season 2, I perhaps should have thought this would be the end game for his character. Yet, here I am, still in awe of the events of Episode 47 of Slime. In a series known for being over the top, fun, and ridiculous all at the same time, of course, it tracks that a terrifying dragon that shot fear into the hearts of so many is now a nerd just like all of us.

In previous episodes, Veldora was content just hanging around and reading all the copious amounts of manga Rimuru had produced for him. It worked to keep Veldora out of trouble in the midst of all these important meetings and kept him engaged in a wealth of brand new worlds and adventures he’d never have known before. Of course, as we all know, once you get a little taste of the fun manga and anime can give you, it’s not going to take long until you want more and more and more of it. 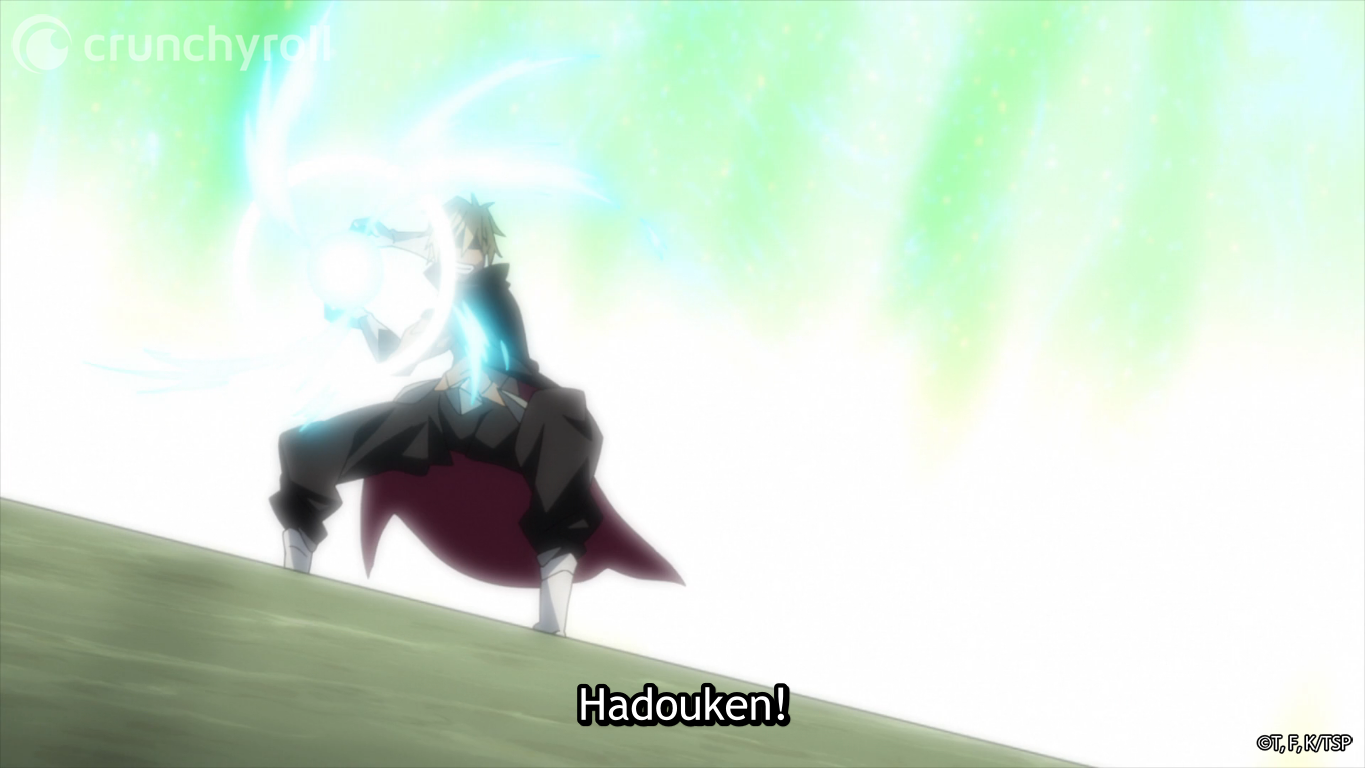 This brings us to the events of Episode 47. Despite the fact that Rimuru is in the midst of trying to fight off Milim — along with everything else Clayman has tried to set up in order to defeat Rimuru during Walpurgis — here comes Veldora storming in. The plan was to keep Veldora in the wings just in case things go very bad — and to keep it a secret that Veldora is around again — but as a pal to Rimuru, that didn’t stop him from making an unexpected entrance.

If Veldora is making such a grandiose entrance, that must mean there’s trouble, right? I mean, you could certainly say that, but it’s only trouble in the mind of Veldora. Poor, poor Veldora has no more manga to read and needs the next volume ASAP! We’ve all been there before. Getting to the climax of a story, only to realize we don’t have the next volume in a series and have to either go out and find it or wait, agonizingly, for it to come out. Fortunately for Veldora, Rimuru can just whip up a new volume at any time, which wouldn’t be an issue except for all of the fighting going on around the two of them at that moment. 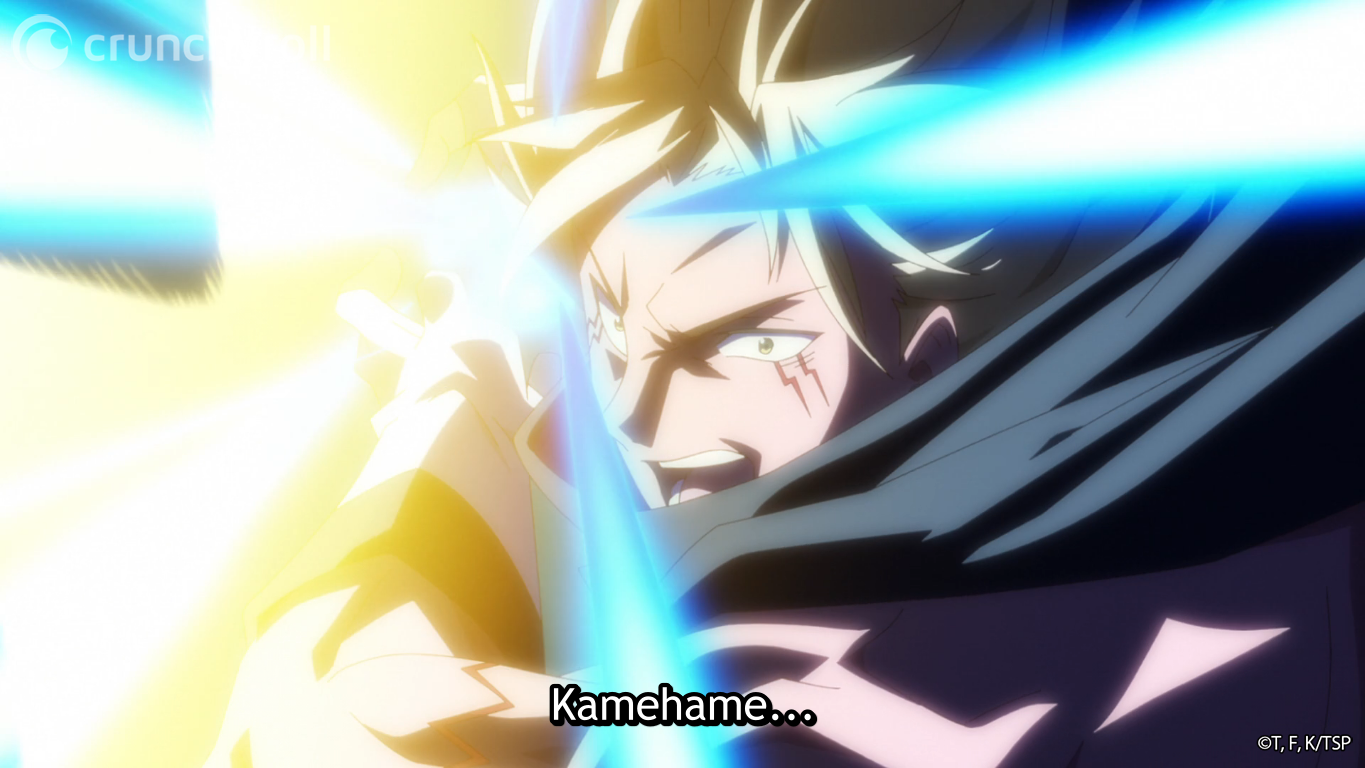 You might think Veldora crashing a gathering for all the Demon Lords is probably the wildest thing he’s going to do. Except it gets even more ridiculous. Because of his interruption, Veldora now has to keep Milim occupied by fighting her, which allows us to see some of the new techniques he’s learned through all of his manga reading. Simple techniques like a Hadouken, Shoryuken, Tatsumaki, Senpukyaku, and to top all of that, a Kamehameha wave.

Showing off a fun gag like this opens the door for so many more possibilities. Let Veldora just start pulling out a whole bunch of random skills and attacks from a variety of other action manga. In fact, let him get even weirder and have Veldora pull out random tropes or ideas from other genres of manga. Give Veldora a mech, let him do some over-the-top sports move, or, just let Veldora Kabedon an enemy and have him win a fight that way. From what we’ve seen already in Slime, these ideas certainly wouldn’t be outside the realm of possibility. 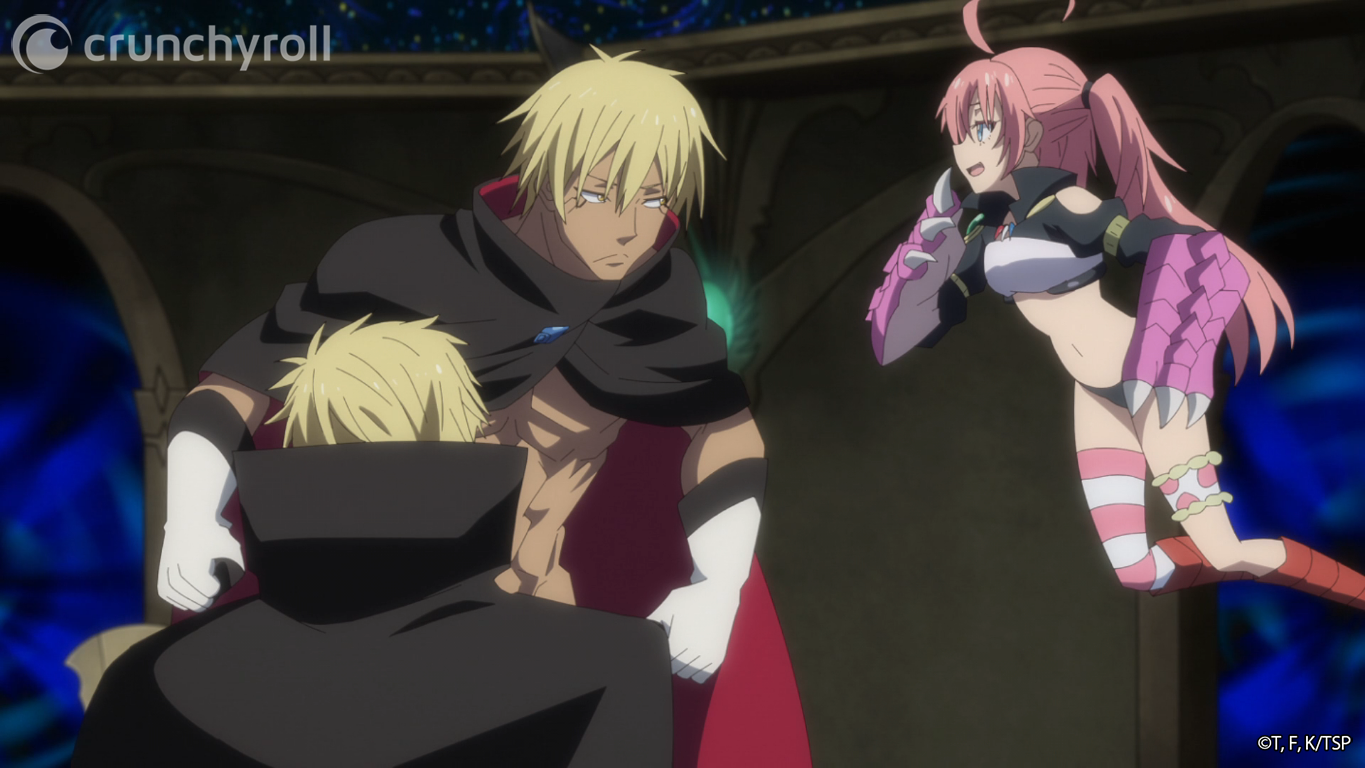 Veldora’s opening up as a manga nerd has been a welcome change to his character. Thanks to Rimuru, Veldora has certainly softened and isn’t this terrorizing force that wants to wreak havoc on everyone and everything, but can still be a formidable opponent. Now, he just wants to hang out with his best pal Rimuru, read some manga, and get into long and in-depth discussions about story arcs, characters, and creating theories, like we all do.

With the next bit of Slime coming up being the forthcoming movie, I hope we get to see more of this side of Veldora explored and what other manga titles Rimuru has made for him. It’s also one of the reasons I hope we get another season of The Slime Diaries because having nerdy conversations with Rimuru and others would make for a perfect episode of that series and fit the more lighthearted nature of the spin-off. Veldora was well on his way to being the best part of the second half of Season 2 early on but absolutely solidified it as the season came to a close.

What's your favorite anime/manga homage of Veldora's? Let us know down in the comments below!

Tags
that time i got reincarnated as a slime, veldora
« Previous Post
Atelier Sophie 2 Revealed for Switch, PS4, and PC
Next Post »
Eiyuden Chronicle: Rising Town-Building Game Set for Spring 2022
Other Top News
4 Comments
Sort by: