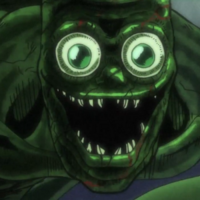 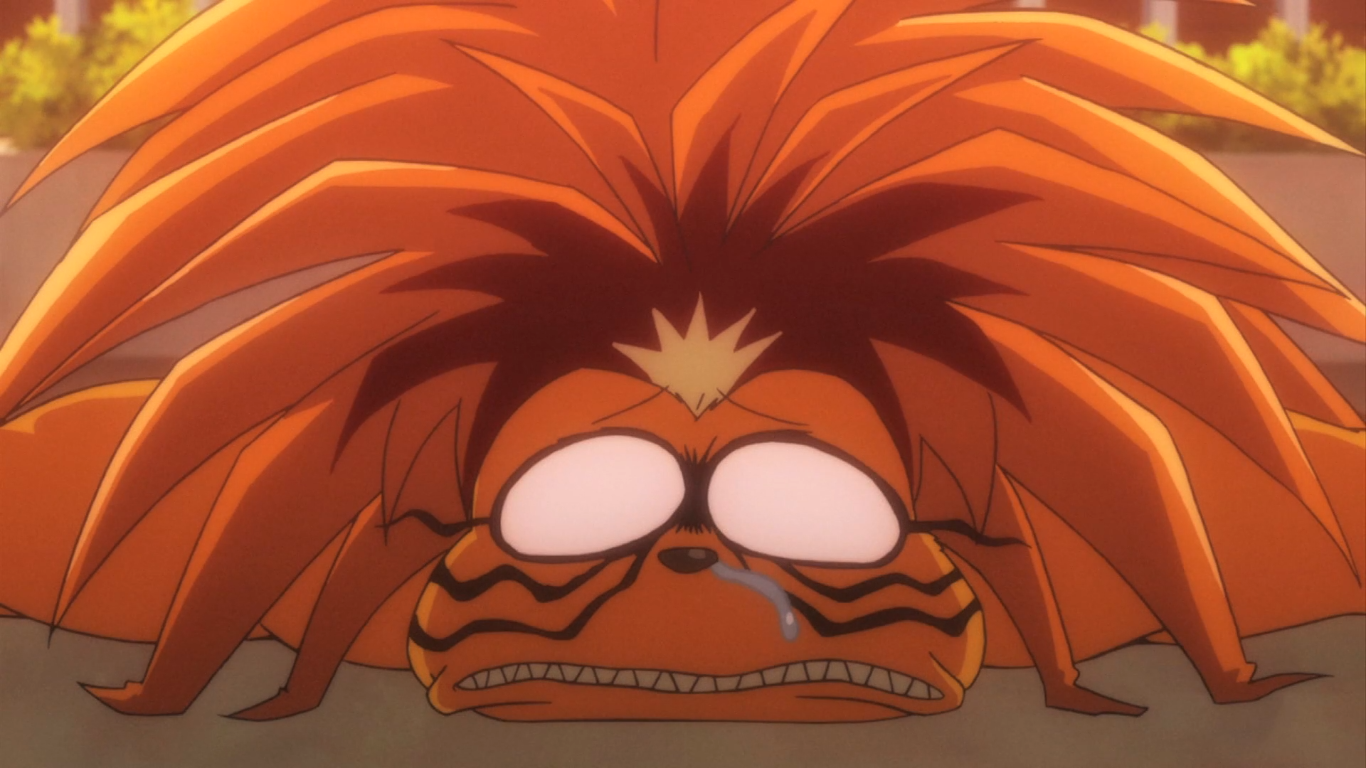 Kazuhiro Fujita’s been drawing supernatural action comics since the 1990s, starting with the award-winning Ushio and Tora. His work features many of the qualities beloved by American manga fans: bombastic action, constant twists and turns, and characters you love (and love to hate). But the only comic of his that is legally available in English at this moment is The Ghost and the Lady, a paltry two volumes compared to the sprawling epics on which he built his career. Anime fans are luckier, since adaptations of his two ‘90s classics — Ushio and Tora and Karakuri Circus — have been subtitled in their entirety.

Ushio and Tora starts with a classic premise: A boy named Ushio stumbles across a monstrous tiger demon named Tora locked in his father’s house, sealed by a powerful weapon called the Beast Spear. With countless malevolent spirits drawn to the premises by Tora’s malice, Ushio has no choice but to take up the Beast Spear and defend his friends, releasing Tora in the bargain. Tora tries to eat Ushio, Ushio hits Tora with his spear, and by the end of the series, they’ve become firm friends. It’s like Calvin and Hobbes if Hobbes was an angry lightning god and Calvin kept meeting new girlfriends every few episodes. You’ve seen this before. Wait a moment ... what is that? 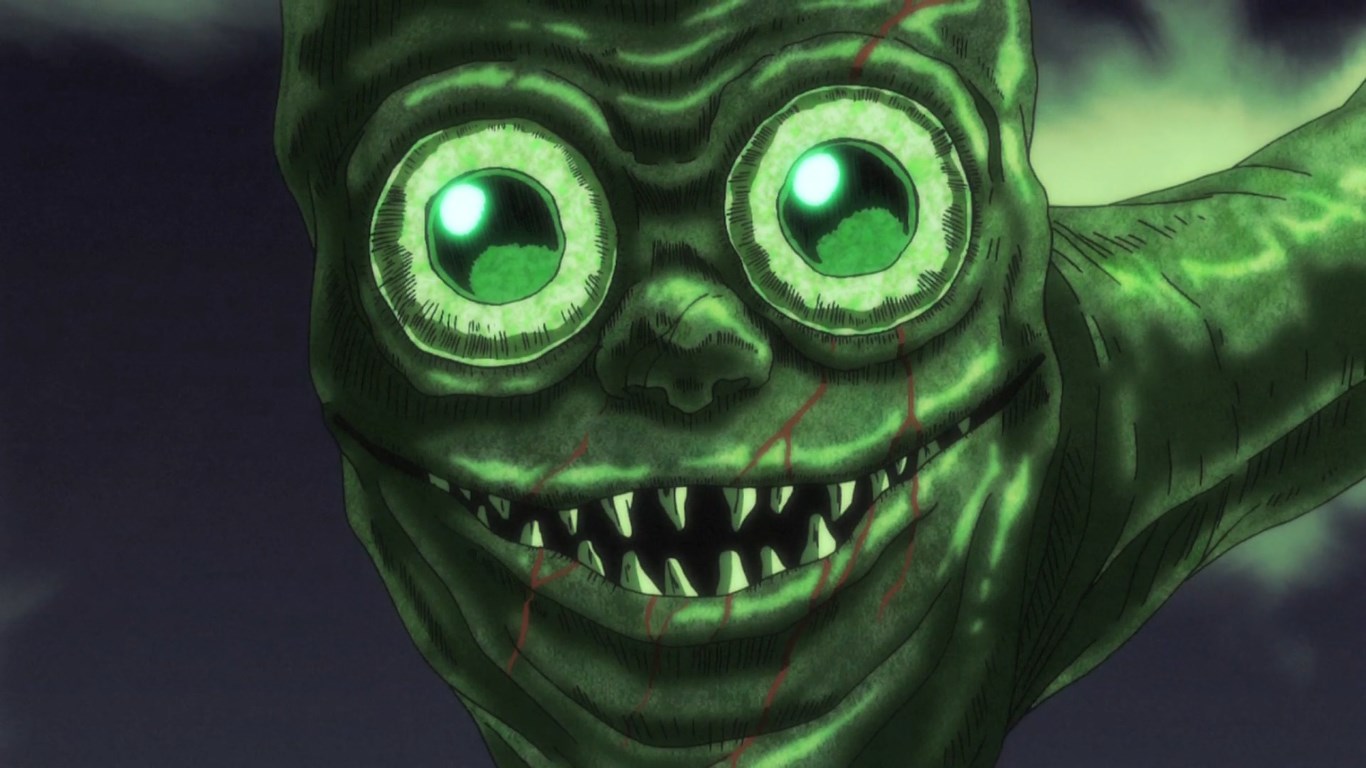 The secret sauce of Ushio and Tora is its fantastic creature designs. Plenty of old stalwarts from Japanese myth and legend appear here: kamaitachi (sickle weasels), the Zashiki-warashi house spirit, and flying tengu. Not to mention one of the scariest incarnations of the nine-tailed fox in all of Japanese anime and comics. But then there are some unexpected adaptational choices, like the creature depicted above: the Fusuma. According to legend, fusuma were cloth-like yokai that would cover people’s faces and strangle them to death. Ushio and Tora’s Fusuma is a humongous green thing with horrible staring eyes and a toothy grin. He makes such an impression in the comic that the anime staff made sure to put him right there in the show’s opening sequence. He’s great!

In Naoki Urasawa’s ongoing manga documentary Manben, Fujita says he was inspired to draw comics by Rumiko Takahashi’s work. A deft hand at horror herself (and a former assistant to everybody’s favorite horror artist Junji Ito) Takahashi drew a few stories pitting humans against the demons of Japanese legend — and in some of those stories, humans won. Wouldn’t it be fun, Fujita thought, to tell horror stories with happy endings? Where humans triumph over impossible monsters? The formula of Ushio and Tora is such that no matter how bad things become, you know in your heart that Ushio is going to win. But as a career action artist, Fujita knows that good triumphing over evil only has weight if evil is scary and memorable. So it goes that Ushio and Tora has the big cheesy heart of a Shonen Jump title, but a menagerie of creatures worthy of a Junji Ito comic. 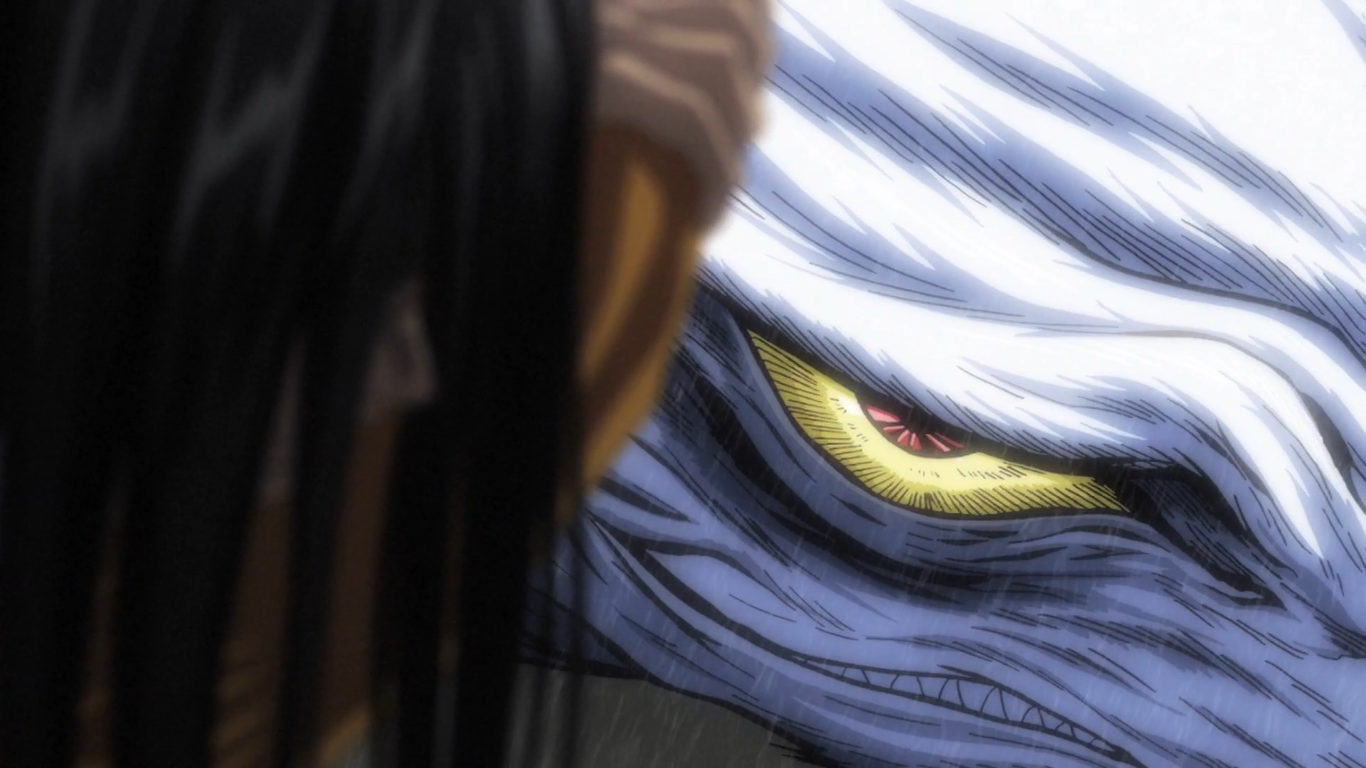 What comes across most strongly in that Manben episode is Fujita’s dynamism: his willingness to draw recklessly in ink, shape the chaos with white-out, and even use chopsticks dipped in ink if necessary to convey intensity. But there’s more to Fujita than just dynamism — as Urasawa points out in Manben, one of Fujita's greatest weapons is how he draws eyes. Take another look at the Fusama up above. Their expression is perfectly blank, matching its vacant grin. The roundness of the eyes is almost cute. But the pupils are too large and a sickly green. There’s something off-putting about it, like a slimy thing hidden under a rock. Rather than intimidating through sheer power, the Fusama is scary because it is alien.

On the other hand, you have Hakuen no Mono, the villain of Ushio and Tora. Look at their face just a paragraph above. There’s nothing vacant about that expression. Hakuen no Mono radiates cruelty, smugness, disgust. Look at the deep wrinkles around the eyelid, the narrowed eye, that grin! An entire psychology is written there. But while the emotions are recognizable, they aren’t wholly human either. No human has eyes like that. The eyes of Hakuen radiate intelligence, but a monstrous intelligence. To be seen is to be atomized. There are countless villains across the breadth of Japanese boys' comics comparable in strength and motivation to Hakuen, but very few are drawn so precisely as to evoke the same fight-or-flight feeling in the audience.

In the Manben video, Naoki Urasawa refers to Fujita’s signature eye as “the eye not of this world.” It’s a motif that appears in all of his work, up to his most recent comic Souboutei Kowasu Beshi (Souboutei Must Be Destroyed). You could argue that the villainous grotesques Fujita likes to draw are too convenient; after all, real-life things that look unusual or foreign to us are not always monstrous. But I think there’s a little too much love in these creations for us to hate them completely. Fujita’s heroes themselves are often part monster, transformed by occult forces into beastly fighters. It would be scary to be in Ushio’s position, taking on dangerous spirits with the power of the Beast Spear. But that’s the fantasy. To be transported for the space of a chapter to another world that’s wilder and stranger than our own. 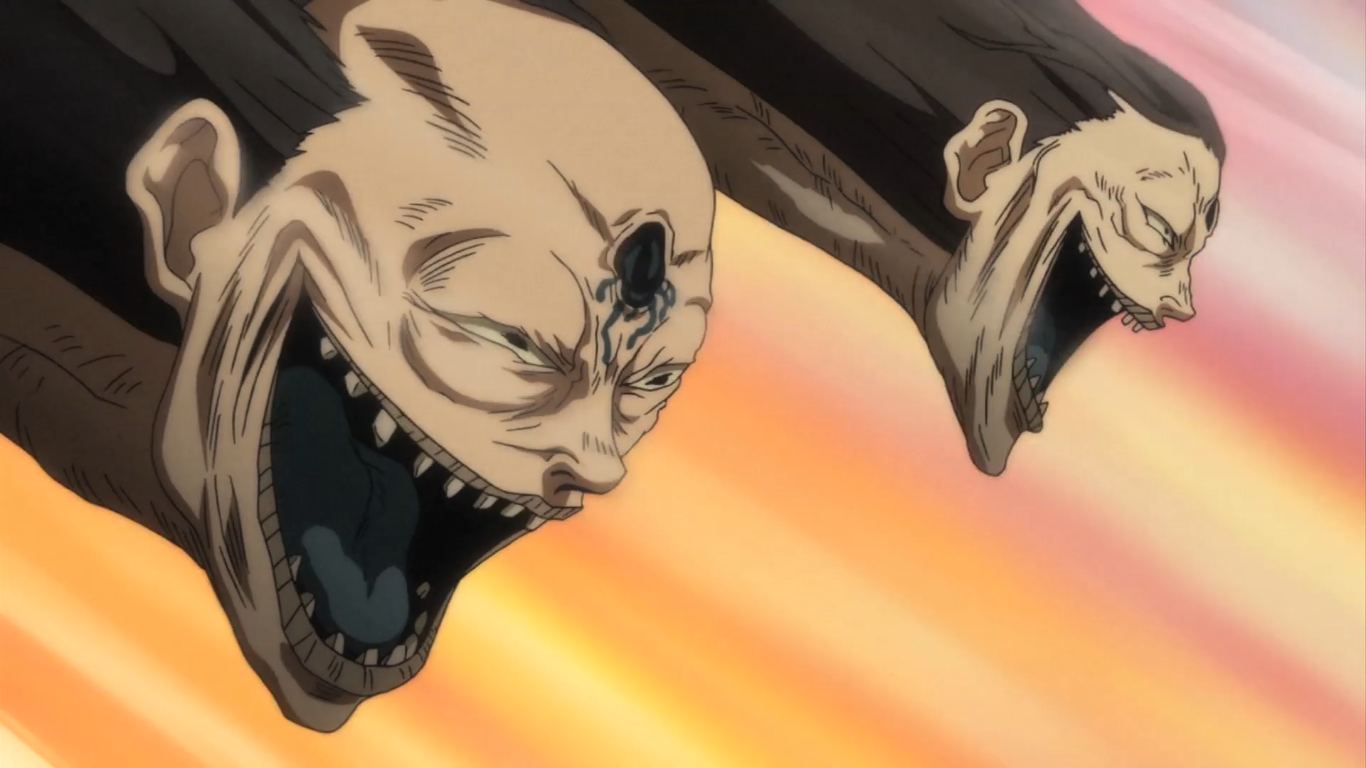 Fujita says to Naoki Urasawa that “manga is like candy that makes time go by.” If so, Fujita is a Halloween candy artisan. His plots can be formulaic and there’s a streak of chauvinism running through his work that I find frustrating. But after two decades of working in the Japanese comics industry, he still turns out memorable creatures and concepts on the regular. I hope that his comics work one day is as accessible to English speakers as their anime adaptations. Regardless, he’ll always be the reigning king of schlock action-horror for kids in my book.

Are you a fan of Ushio and Tora? Do you have a favorite creature designer? Let us know in the comments!

Adam W is a Features Writer at Crunchyroll. When he isn't drawing summoning circles in the hopes of calling on English language versions of Daijiro Morohoshi comics, he sporadically contributes with a loose coalition of friends to a blog called Isn't it Electrifying? You can find him on Twitter at: @wendeego