STATS: How Do Anime Actually Compare To Fantasy World Tropes?

OK, but how often do isekai protagonists REALLY get hit by a truck? 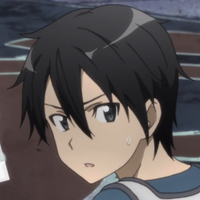 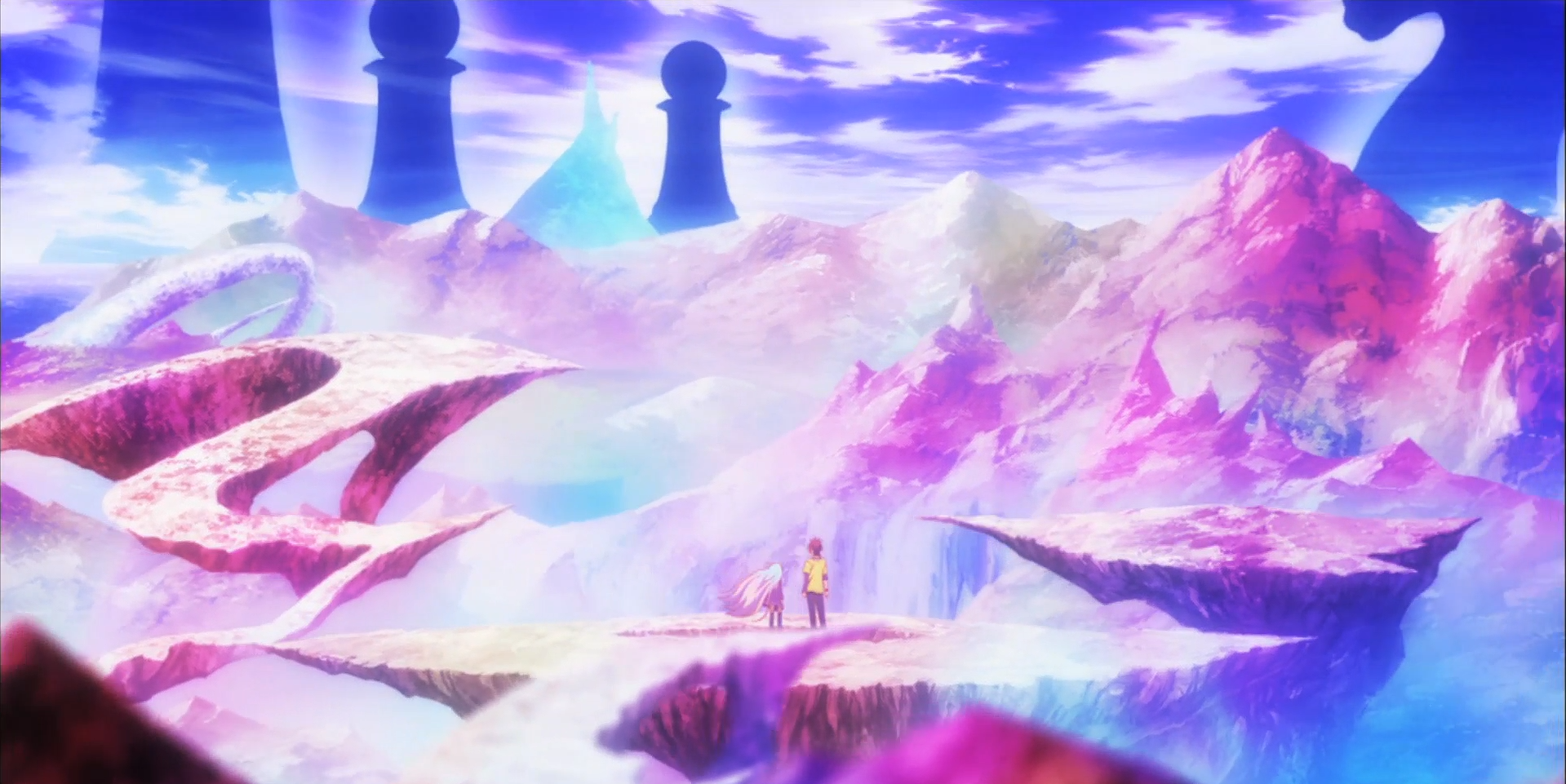 Isekai has become so ubiquitous in anime over the past decade that even isekai anime themselves will reference the various well-worn tropes of the setting. A young man, usually a shut-in, is walking to or from home and gets hit by a truck, killing him on the spot. He then reincarnates into a fantasy world and the actual story begins.

I realized that despite the various isekai shows I’ve seen over time, I couldn’t readily think of a single example that actually used that cliché. Sure, some characters get hit by trucks, a lot go to fantasy worlds, but nothing that went through the entire setup. The closest was Konosuba, but the main character technically dies of fear, not from getting hit by a vehicle. That got me to thinking ... How accurate is that trope?

How often does a character actually die in an isekai to go to another world and what other methods have we seen from various shows? Of the characters getting sent to other worlds, how many are male? With the prevalence of angels and demons in anime, and thus heaven and hell, what actually counts as another world? 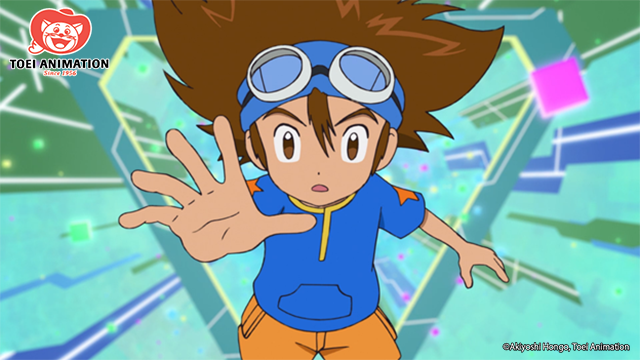 I quickly realized the only way to gather the data I needed was to actually compile a list of all the isekai shows I wanted to include and then watch at least one episode from each of them to get an idea of how the protagonist gets transported. For the sake of my own sanity, I decided to only go back 10 years to the spring 2011 season. The decision was originally completely arbitrary, but it turns out that the first season of Sword Art Online aired in spring 2012, so I took that as a sign to continue.

For anyone who wasn’t around back then, SAO didn’t create the isekai setting, but it was definitely the show that brought the concept of “transported into a video game you live in” to the forefront and almost certainly assisted in the explosion of the setting’s popularity. So it airing 10 years ago is a nice bit of serendipity. 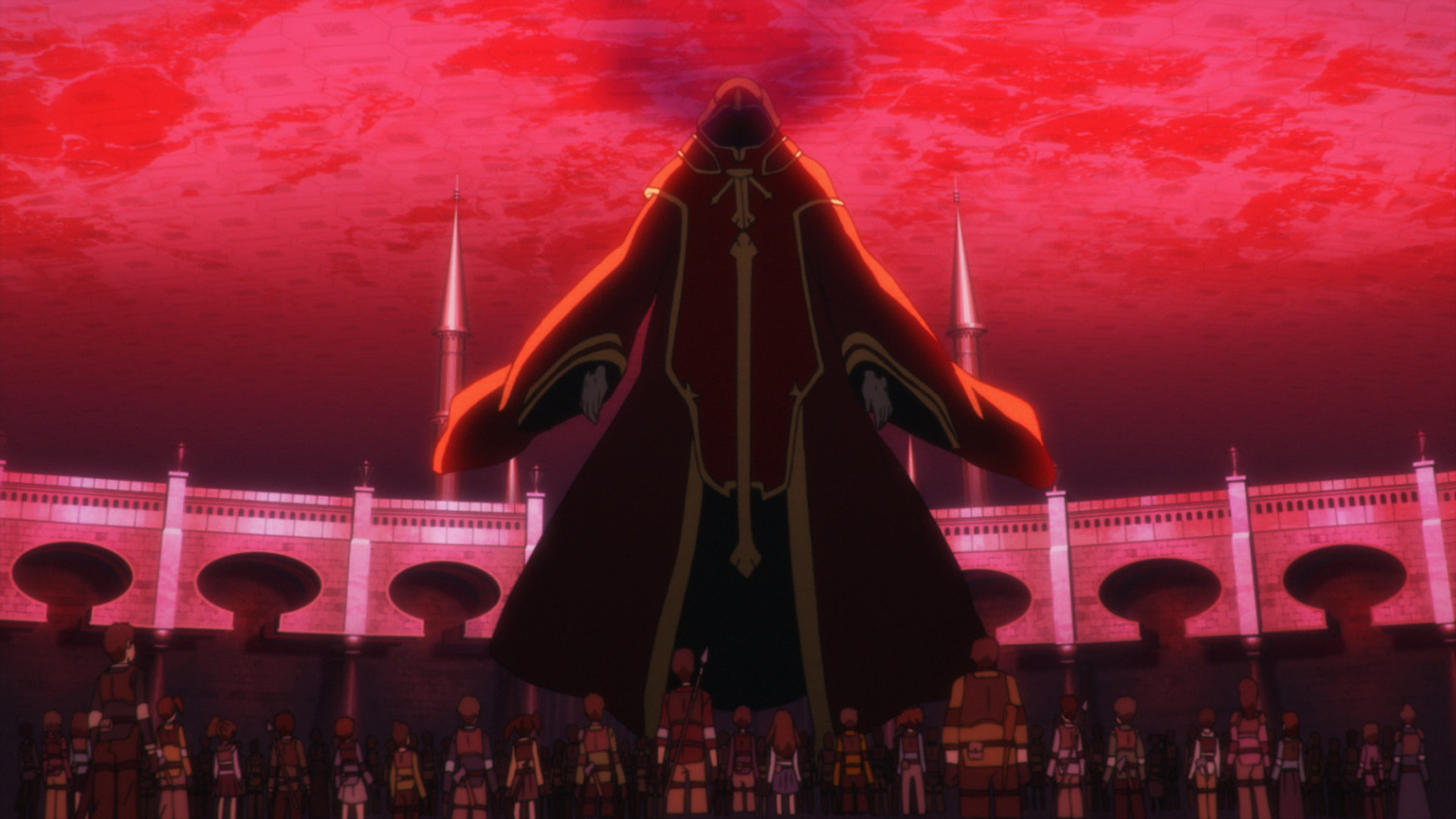 I quickly ran into a question I hadn’t been prepared for: What constitutes an isekai? I thought that would be obvious, but not all fantasy worlds are isekais and not all isekais are set in fantasy worlds. Is Hell an isekai? What about side dimensions where characters fight but otherwise it’s just an empty version of the normal world? What about suggested other realities where enemy monsters come from, but the characters don’t actually go there?

In the end, I didn’t come up with any hard rules, but generally decided that Hell and the like are considered isekais (admittedly largely because I find that funny), side dimensions are not unless people actually live there for extended periods of time, and suggested realities aren’t isekais unless the main cast crosses over for longer than a day or two. 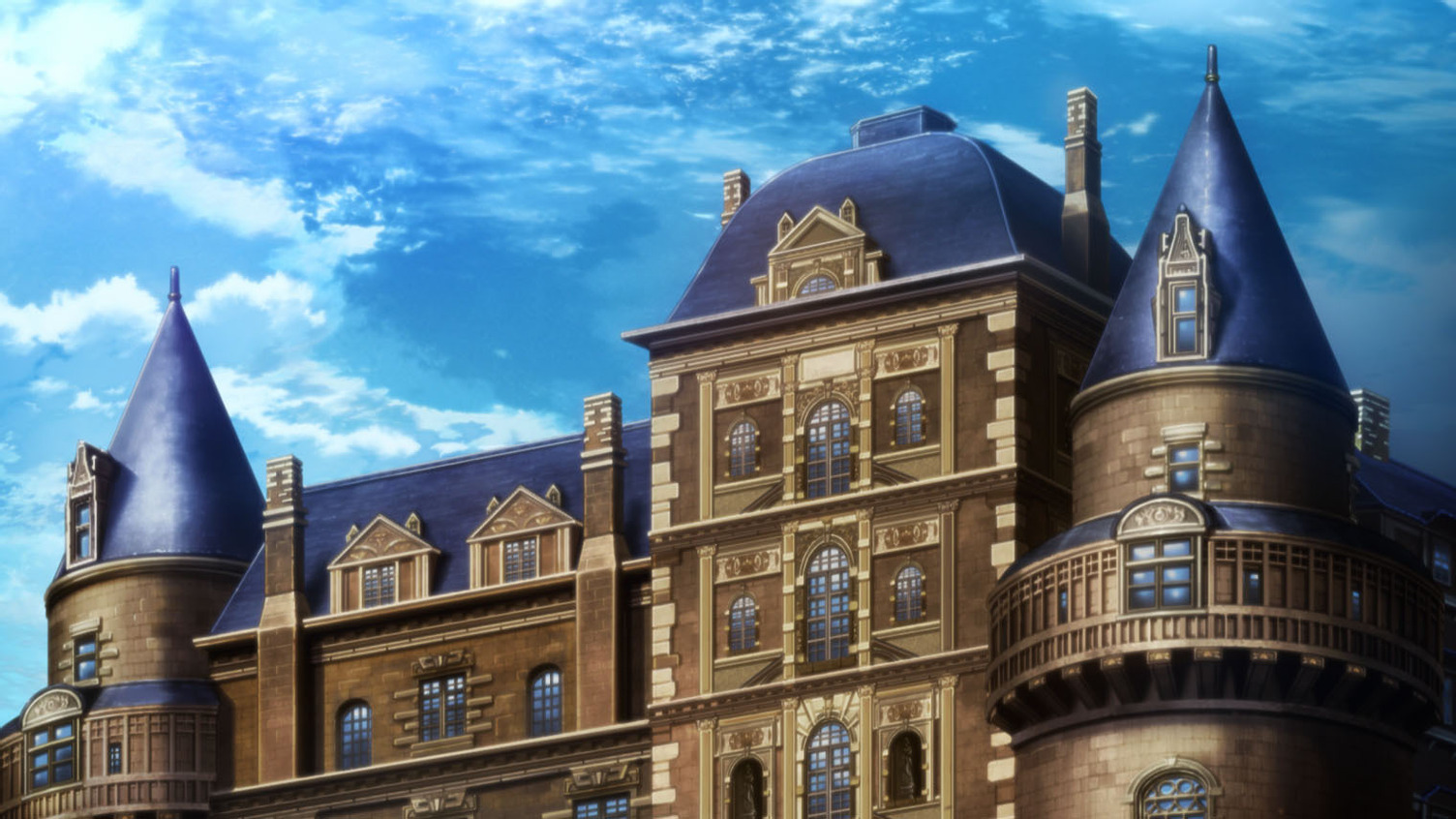 So after going through over 130 shows, whittled down to about 110, I have created my database. Let’s start with a very simple question to avoid some early assumptions: Has isekai actually gotten more prevalent over time? 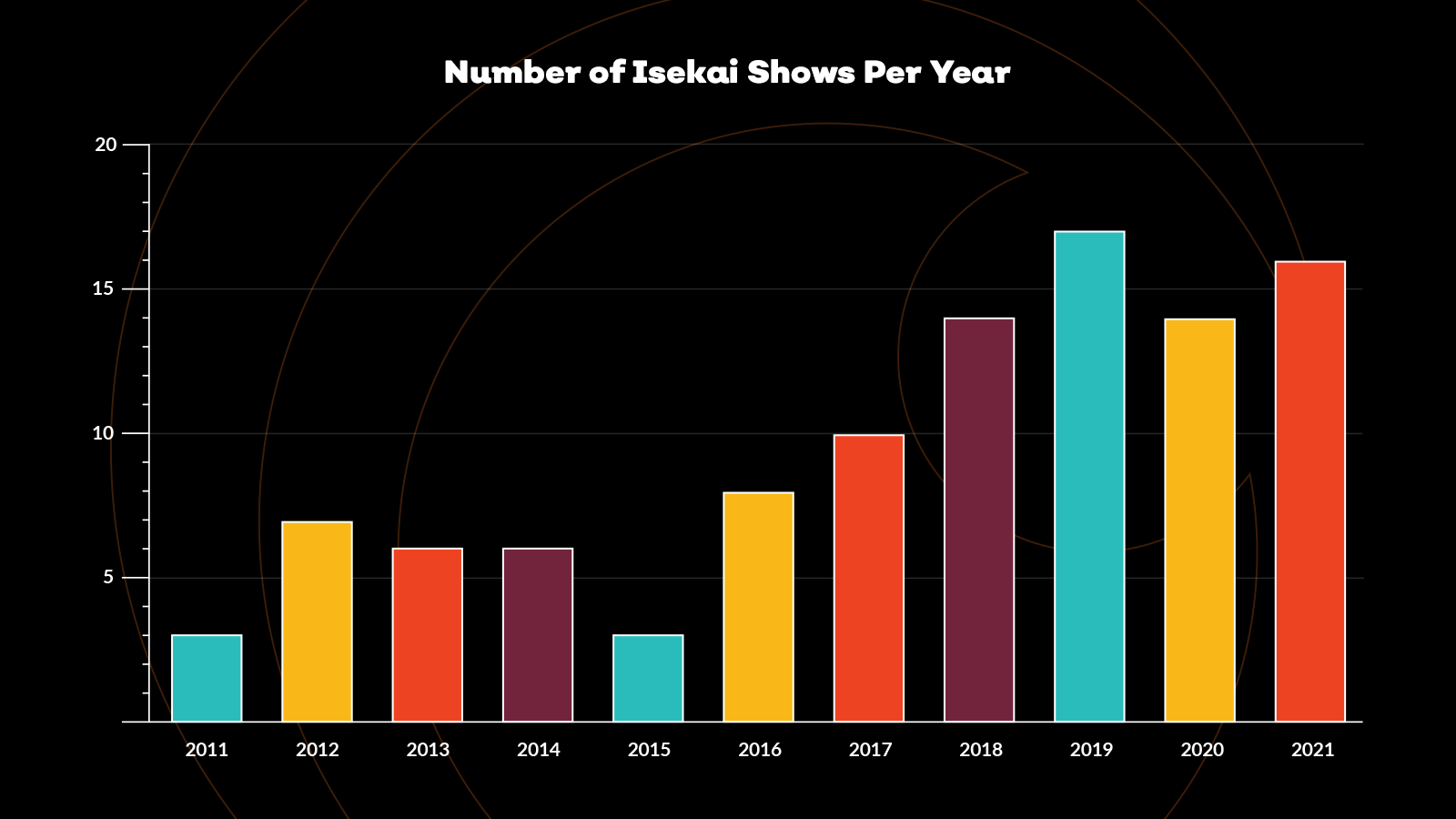 Unsurprisingly, yes. The number of isekai shows per season has grown greatly over the past decade. Now that we know at least one assumption about the shows is correct, let’s check another. How many isekai protagonists are male and how many are female? 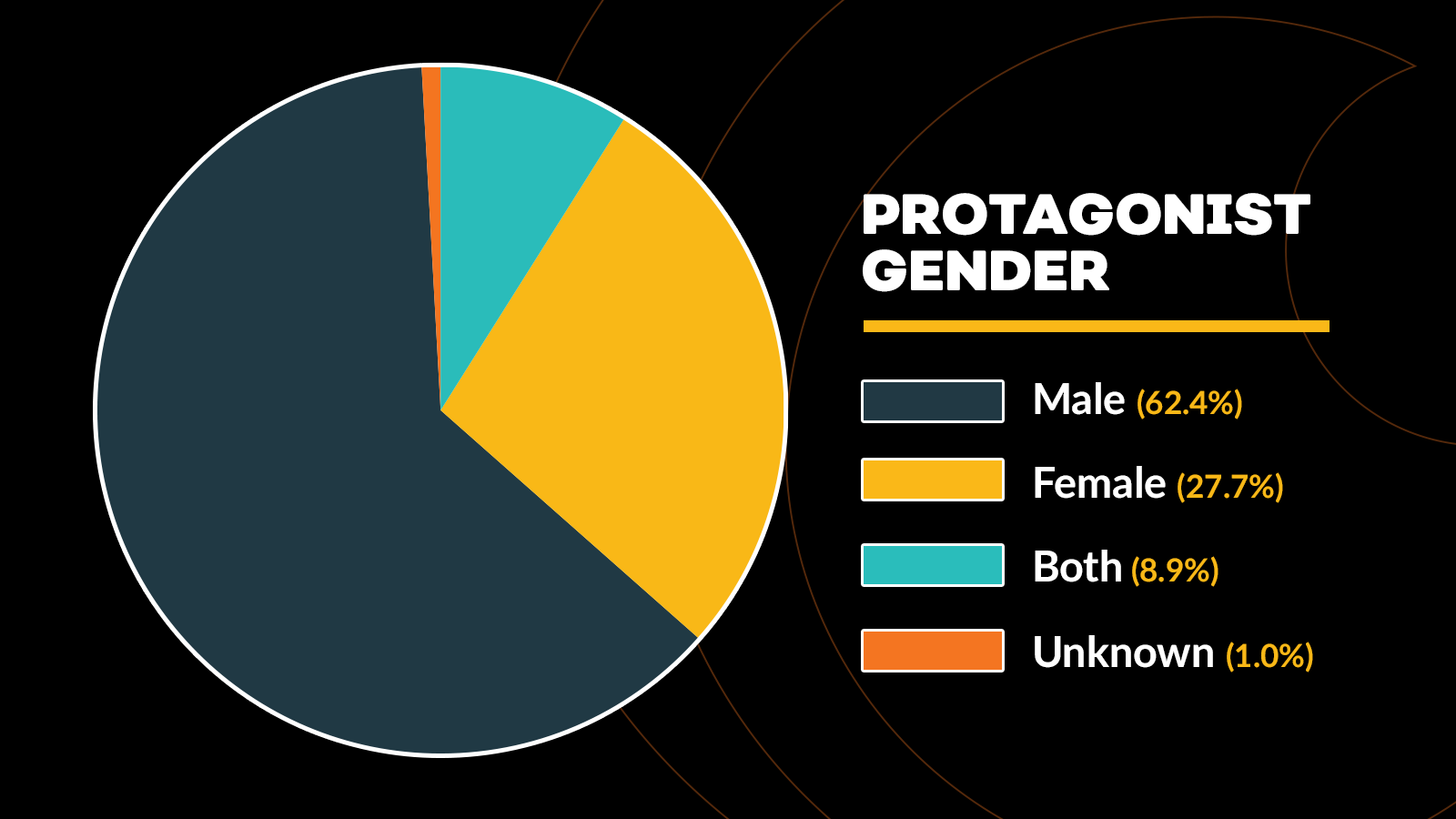 Honestly, I expected this one was going to either be extremely one-sided in favor of guys due to the assumption that going to another world is a power fantasy, or that girls would’ve only risen to prominence recently due to the surge of stories. But even looking back a decade, there’s decent representation throughout. Still a majority male, but not overwhelmingly. Awesome! (By the way: “Both” generally refers to when a group of people gets isekai-d, and “Unknown” is when the character gets to the new world and their sex is explicitly neither male nor female.)

How many isekais actually have overpowered main characters? 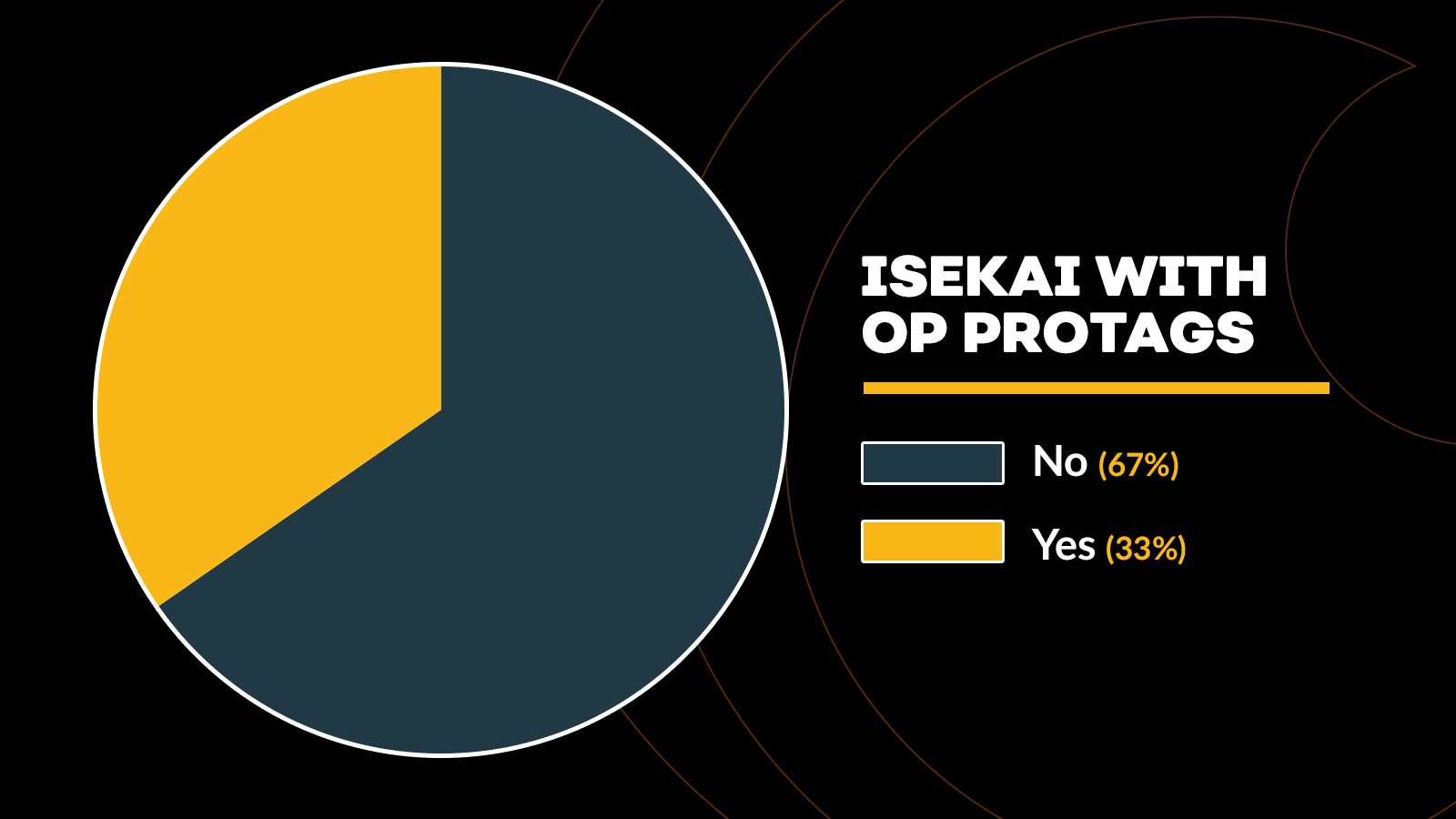 Admittedly, this category was a bit harder to actually put a simple “Y” or “N” to. I realized as I went through the various shows that there’s no set metric to base the answer on. Most protagonists in anime are more powerful than other people in some way, but that doesn’t mean they’re overpowered.

So for this category, I went by feel. If the show threw a serious threat at the main character, generally something that would be deadly either in the real world or to other characters in the show, and removed the threat without serious danger, I put a “Y.”

I’m a bit surprised that the shows with overpowered protagonists aren’t a majority. My guess is that most writers realize that once your main character is more powerful than everyone else, you need to find a different source of conflict to keep the story engaging, so tend to stick with the everyman since it ends up being easier.

This really begs the question: How many characters actually start their isekai journey by dying, be it by truck or some other means? 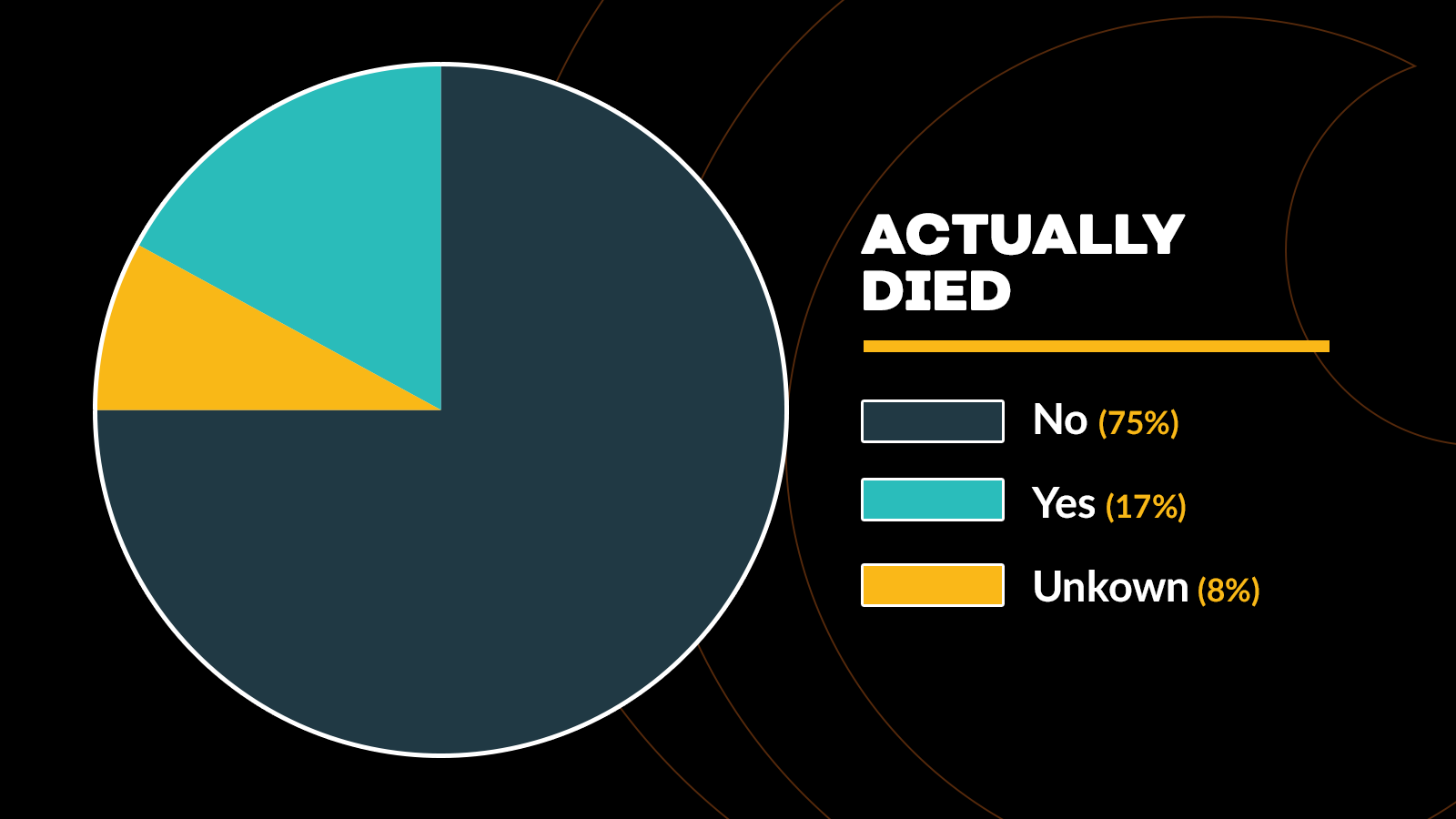 I actually expected the percentage of deaths to be a lot higher. Ascendance of a Bookworm shows that the protagonist can die without it being bloody or violent, so my best guess is that various writers ran with SAO’s idea of a fully immersive VR game as the isekai setting (see the next data point) and skipped over needing to actually kill their characters by having them still be technically alive in the real world, just never showing their lives outside of the game.

There are also some shows where we simply don’t know whether the characters died or not. The most high-profile example is Re:ZERO -Starting Life in Another World-, where we never actually see Subaru die, he just shows up in Lagunica after having a distorted vision of his first meeting with Emilia. Grimgar of Fantasy and Ash works the main group’s isekai-induced amnesia into the story, which in retrospect is actually a neat bit of storytelling.

For the vast majority of shows though, even if the characters don’t die, we still know how they got to the new world. Which brings us to the BIG question: How many of them got hit by trucks, went into a VR game, or randomly fell asleep and woke up in a new world? 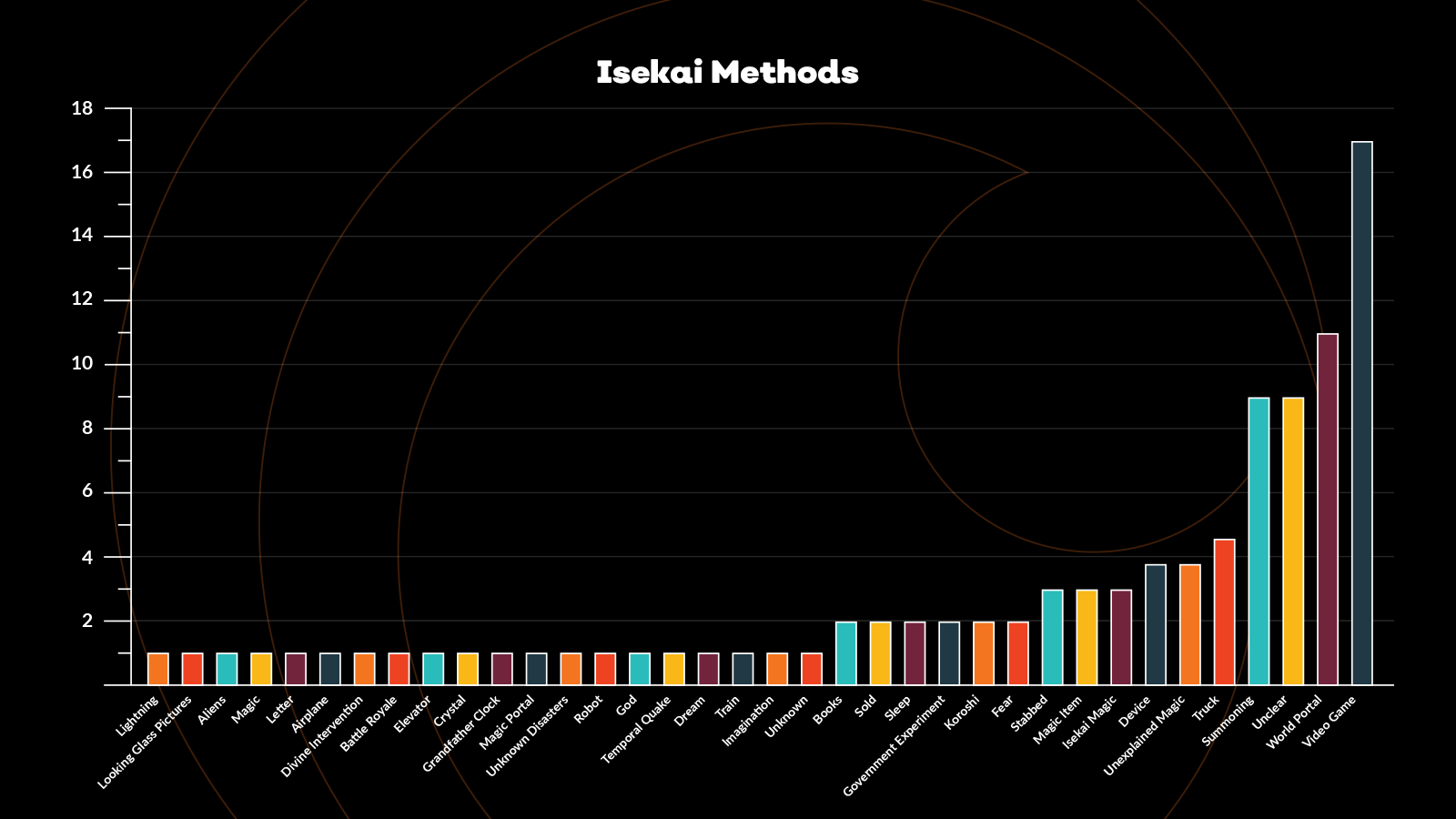 So with all of this data, what’s the best way to get to another world? Well, luckily you don’t need to get hit by a truck. Unfortunately, based on anime, the most likely ways are to either wait for full dive VRMMOs to exist or randomly stumble across a portal to another reality.

As I watched all of these shows, it became honestly amusing to me how some characters got to other worlds. Trucks accounted for something like five of around 100 shows, while “random portal from the real world to a fantasy world” accounted for so many different shows I needed to create subcategories. Is it just a world portal like in Digimon Adventure:? Is it part of some other structure, like the well in Yasahime: Half Demon Princess? Is it controllable in any way, like the elevator in Otherside Picnic?

By the way, my two favorite methods for triggering an isekai were “just fell asleep while making dinner” from The 8th Son? Are You Kidding Me? and “literally just imagine you’re in another world and you’ll astral project there,” from Cardfight!! Vanguard G. 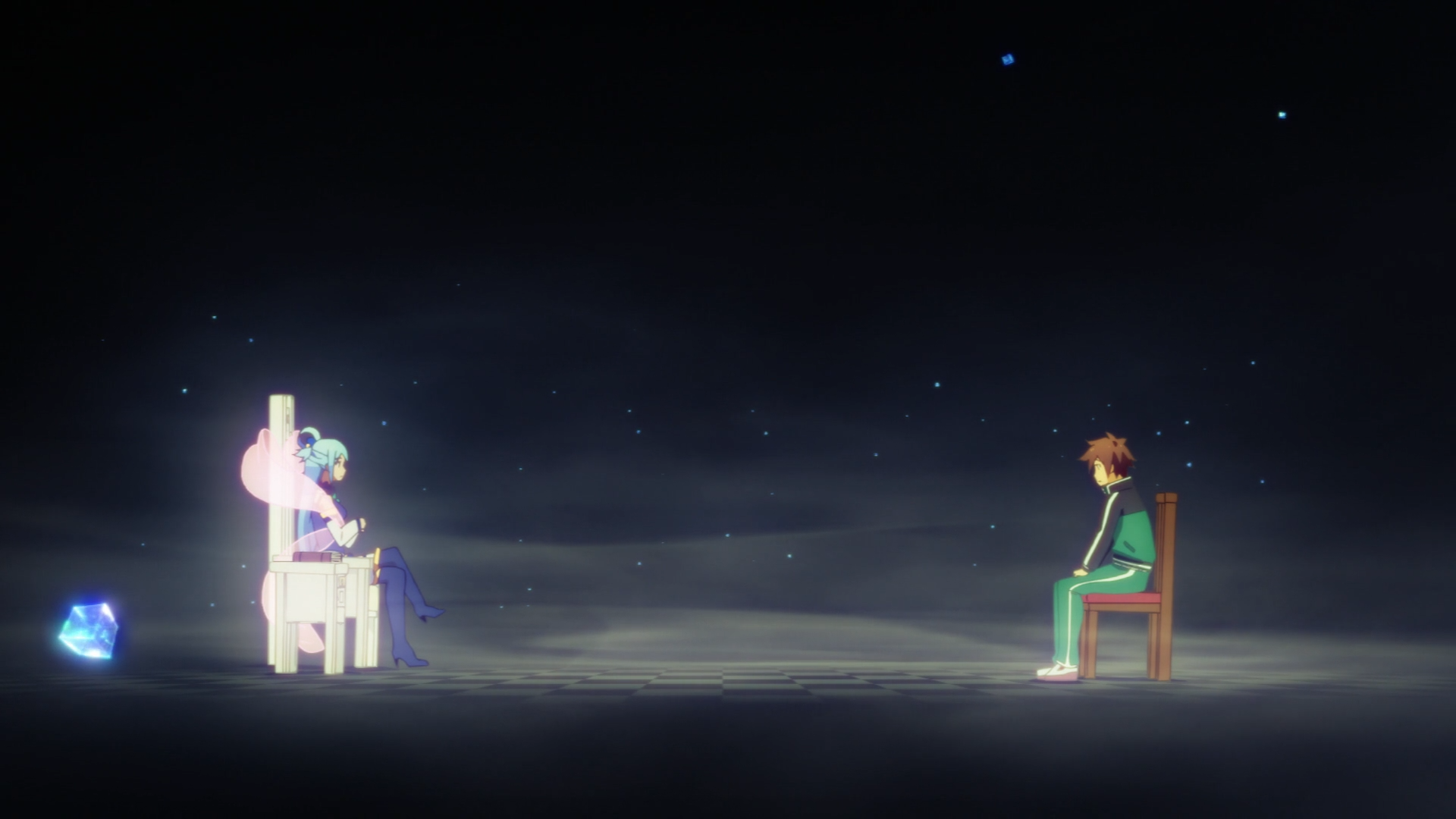 What world would you like to travel to and how would you get there? Let us know in the comments below!