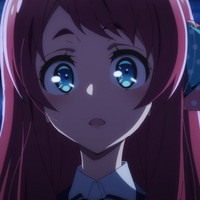 Halloween is almost upon us again, and what better way to get into the festive spirit than to watch a gruesome horror anime with lots of decaying corpses, dismemberment, gore, and ... cutesy idols?! That’s right, ZOMBIE LAND SAGA REVENGE is a show that delivers all the spine-tingling traditional zombie genre goodness, but with a macabre twist. Instead of the usual zombie outbreak, you get to watch seven undead zombie girls trying to have their breakthrough as an idol group, and instead of spreading the disease across the country, the girls are continuing to spread the word about their beloved Saga Prefecture. While Kotaro and the girls of Franchouchou already did a great job increasing the tucked-away prefecture’s popularity and profile in the first season, there is still much more to see and learn about Saga. So in this spooky installment of Anime vs. Real Life, I am here to help them spread the word about Japan’s "zombie-infested" prefecture.

After some impressive successes in the first season, the idol group, unfortunately, suffered a setback at the start of the second season after their major concert failed to fill enough seats. For that, they rented out the Ekimae Real Estate Stadium in Tosu, which serves as the home ground for the Sagan Tosu football club. The name might ring a bell if you're just slightly interested in the sport, as this is where former prolific striker Fernando Torres played out the last year of his active career. Unfortunately, Franchouchou did not have the same pull factor as a former World Cup and Champions League winner, and so the girls only managed to sell 500 tickets for the 30,000-people venue.

To pay off the massive debt from their unsold tickets, the girls had to seek out various part-time jobs in Saga. Ai found a job at the Kojima Food Factory in Imari, which is the only dried squid manufacturer in all of Kyushu (at least that’s what they claimed right before the surprisingly catchy company anthem we got to hear in the first episode). Kojima dried squid has, of course, already been a big part of the show, as Kotaro always has some squid tentacles sticking out of his red vest. The company also offers several branded goods, such as ZOMBIE LAND SAGA snack boxes. Meanwhile, Sakura and the legendary Tae are tending to cattle used for the highly regarded Saga Beef. For it to be considered Saga Beef, the beef must come from a black-haired Japanese cow, which has been grown and raised in Saga on a designated farm by local zombie idols. The Japan National Tourism Organization even ranks the prefecture’s eponymous beef among the best wagyu beef brands in all of Japan.

The cattle are grazing at the scenic Cape Hado here, which is protruding out into the Genkai Sea from the edge of the Eastern Matsuura Peninsula. The place got popular amongst couples since the name Cape Hado is kind of similar to the Japanese pronunciation of the English word “heart,” which is why there is also a heart-shaped monument to be found there. However, Franchouchou’s heart only beats for one thing (if it even beats at all), and that is Saga.

The chimney here belongs to the Murayama Milk Plant in Karatsu, which is where Lily is making a few extra bucks by delivering some milk.

Who wouldn’t buy a couple of extra bottles when they see that precious smile?

However, while the girls are working hard to keep their dreams alive, Kotaro is taking the setback especially hard, drowning his sorrows in the “New Yofuku” bar in Saga City. After a pep talk from Sakura, he finally snapped back into it and started to sprint to the girl’s first live performance after the stadium debacle.

On his way there, Kotaro has to pass through Balloon Street & Shirayama Hakusan Shopping Street, which is the only remaining shopping arcade in Saga City. The arcade ceiling is covered with stained glass motifs of hot air balloons, which are a nod to the famous Saga International Balloon Fiesta, which was already featured in one of the eye-catchers in the first season of the show.

The fish depicted atop the pole here is probably a mudskipper. They’re famous for the region since the mudflats of Kyushu’s Ariake Sea and Yatsushiro Sea are the only places where they can be found in Japan according to Fukuoka Now.

It’s about a 2km sprint from where Kotaro started to the live house where the girls are performing. Here he is running along Chuo Odori Street.

And finally, just a bit further north of Saga Station is the Live House Geils where Kotaro is able to motivate the girls just in time for their head-banging performance. It’s the very same live house they performed at in the first episode of the first season, so it’s definitely a good place to restart their idol career.

Now with Franchouchou back in business, the seven idols need to get out there and start marketing themselves and Saga again. It doesn’t take Kotaro long to get back in the groove of things, as he quickly manages to secure them a gig for a local TV station.

In the second episode, the girls are supposed to present the area around the famous Yutoku Inari Shrine in Kashima City, which is located in the southern part of Saga Prefecture.

However, the girls won’t be alone for that segment, as they will be accompanied by a true Saga legend, the one and only White Ryu! The character in the anime is definitely based on his Japanese voice actor, who goes by the name Hakuryu (haku meaning white in Japanese and ryu meaning dragon), and is also a Saga native in real life! The real Hakuryu even appeared in the ZOMBIE LAND SAGA REVENGE announcement trailer.

The street leading up to the shrine from the parking lot is filled with small souvenir and sweets shops selling special manjus and mochi.

And, of course, the mudskipper photo op also exists in real life as well! Who doesn’t want a photo posing as the “Star of the Ariake Sea?” At least that’s what the shield next to it says.

And finally, the grand Yutoku Inari Shrine, which, according to the shrine’s website, is considered to be one of the three greatest Inari Shrines in the whole country. The massive vermillion-lacquered shrine complex was founded in 1687 and is situated on the hillside of a steep valley, the wooden beams being as tall as 18 meters. Now the only question that remains is whether or not the shrine also accepts prayers from zombies.

After the little TV segment is done, it’s back to the shrine’s parking lot, where Saki has to say farewell to her idol White Ryu.

It was through his show that Saki opened her heart to others in her previous life, and she also believes that was the reason for her meeting Reiko.

She met Reiko atop Aioi Bridge in Imari. There are several porcelain figurines and vases like the one in the picture displayed atop the bridge, as the city is famous for its brightly colored porcelain ware.

No precious porcelain vases were broken during the fight.

Since Saki didn’t want to let White Ryu’s radio show end just like that, she rushed to the radio station to convince him not to quit. FM Saga is located in the Sagan Square Building here in real life.

While she didn’t manage to convince him, she ended up as the new host of the radio show.

Saki and Sakura end their successful day of promoting Saga at the banks of the Matsuura River in Karatsu near the Kitayama Dam flood gates.

That Kotaro and Franchouchou’s tireless efforts to save Saga aren’t in vain is already showing in real life as well. After the Zombie Land Saga LIVE ~Franchouchou Saga yo Tomoni Waite Kure~ event in Japan last week, the franchise announced that it has managed to raise 1,837,952 yen (US$16,078) for the Saga Prefecture Community Chest of Japan, an NGO trying to help people affected by the August 2021 Heavy Rain and Flooding Event in Saga (read all about the event here). On top of that, it was also announced that the franchise now has a movie in production! So with that news in mind, and Halloween coming up soon, now is the perfect time to either rewatch the show or finally get up to speed with the zombie idol sensation!