So I’ve got a skill tree, so what? 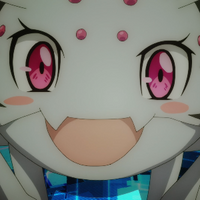 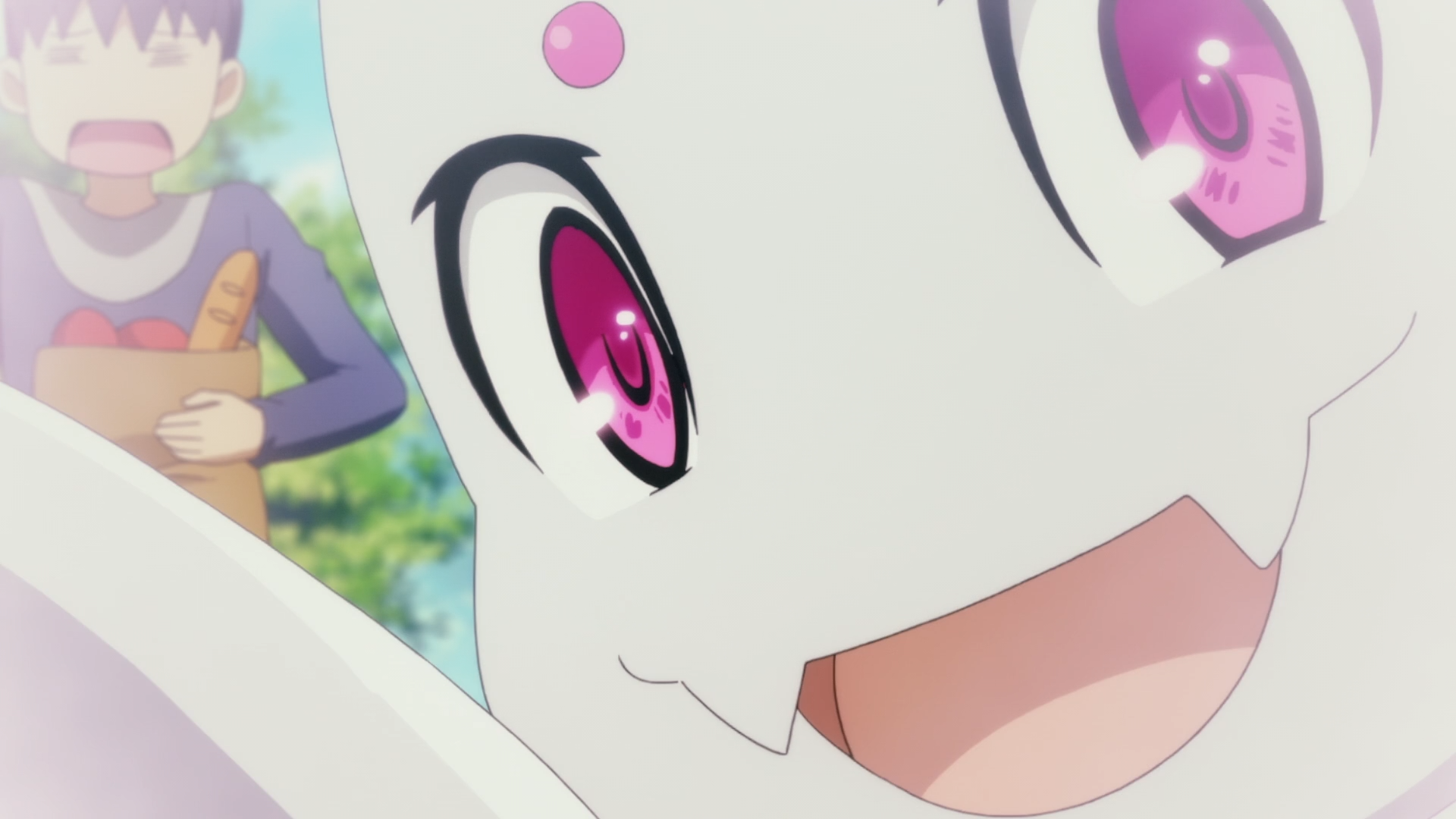 This little spider has caught our hearts in her web in So I’m a Spider, So What?

Fight, eat, level up, evolve, repeat. In this spider-eat-spider world, our protagonist levels up to become mini and mighty. During her exploring, she earns countless skills that help her adapt to her new surroundings and survive in the deadly labyrinth. With so many levels, it’s hard to keep them all straight! But fear not, our skill tree is just the thing for you. There are simply too many skills to name! So, our infographic highlights our favorite ones. Check out the series to see all her awesome skills! 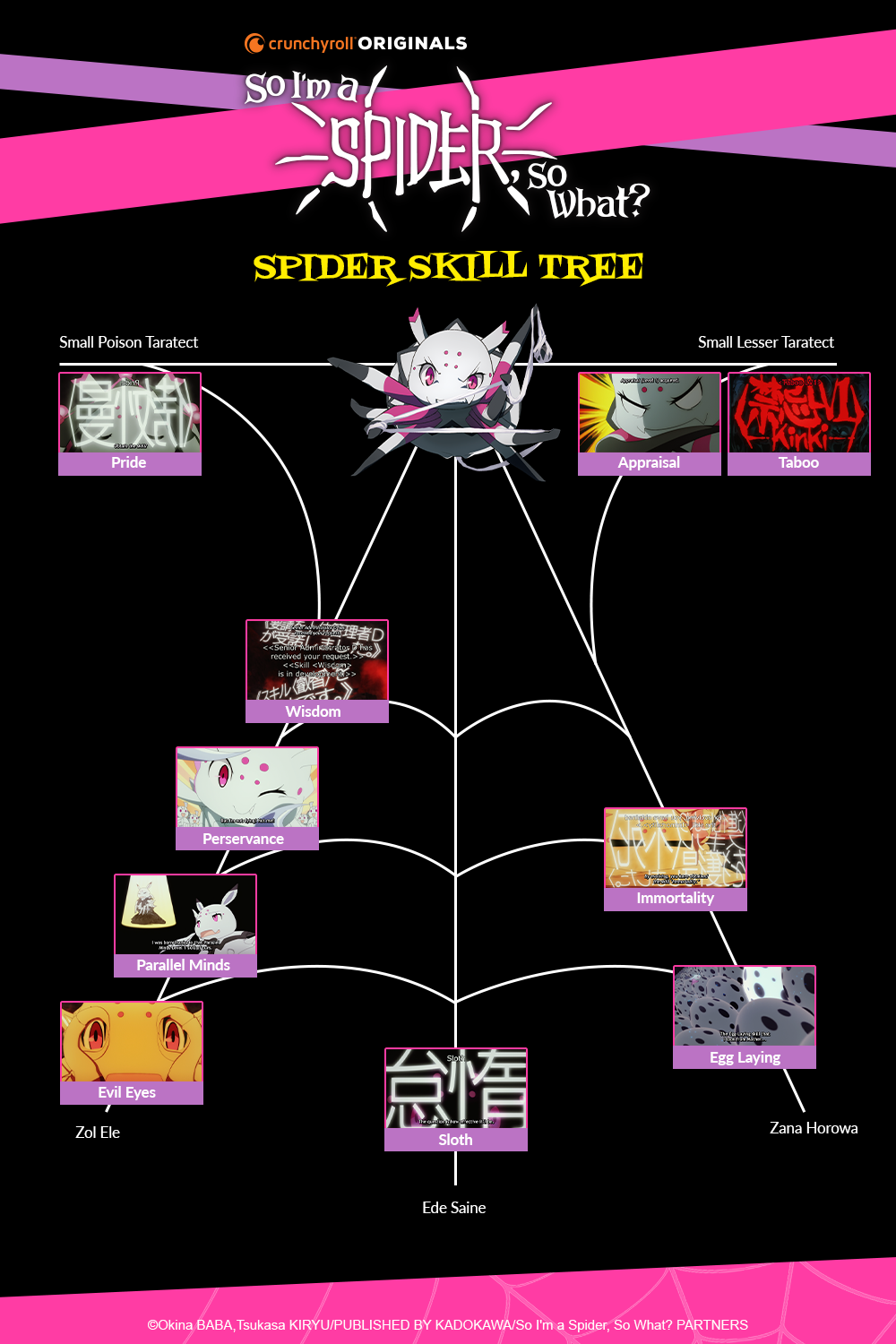 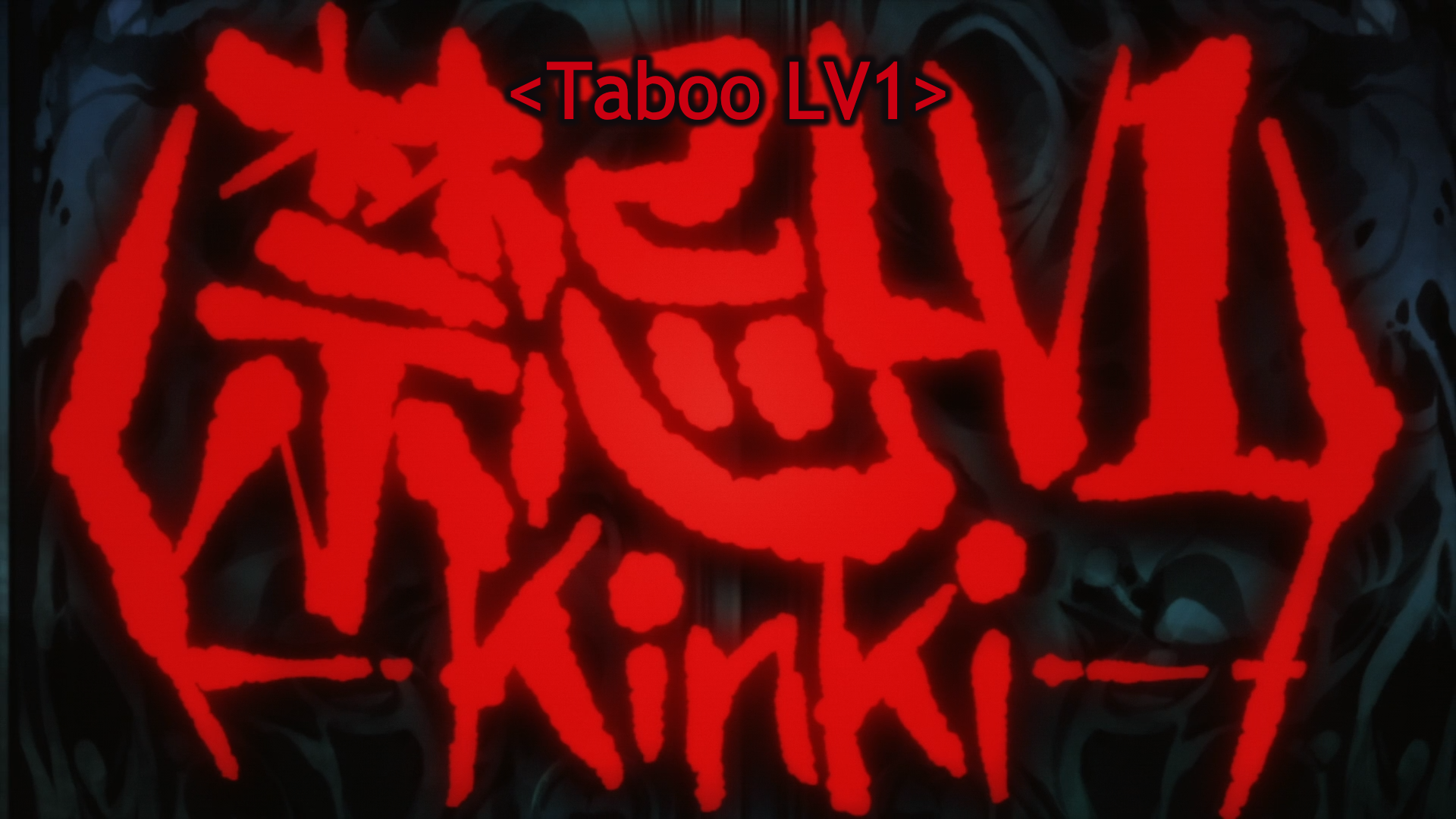 Our protagonist eats one of her dead brethren as a Small Lesser Taratect and receives the title Kin Eater. Despite Taboo being one of the first skills Kumoko earns, it is one of the most mysterious. After reaching Level 10 of this skill, Kumoko learns much about the System and the world in which she lives. 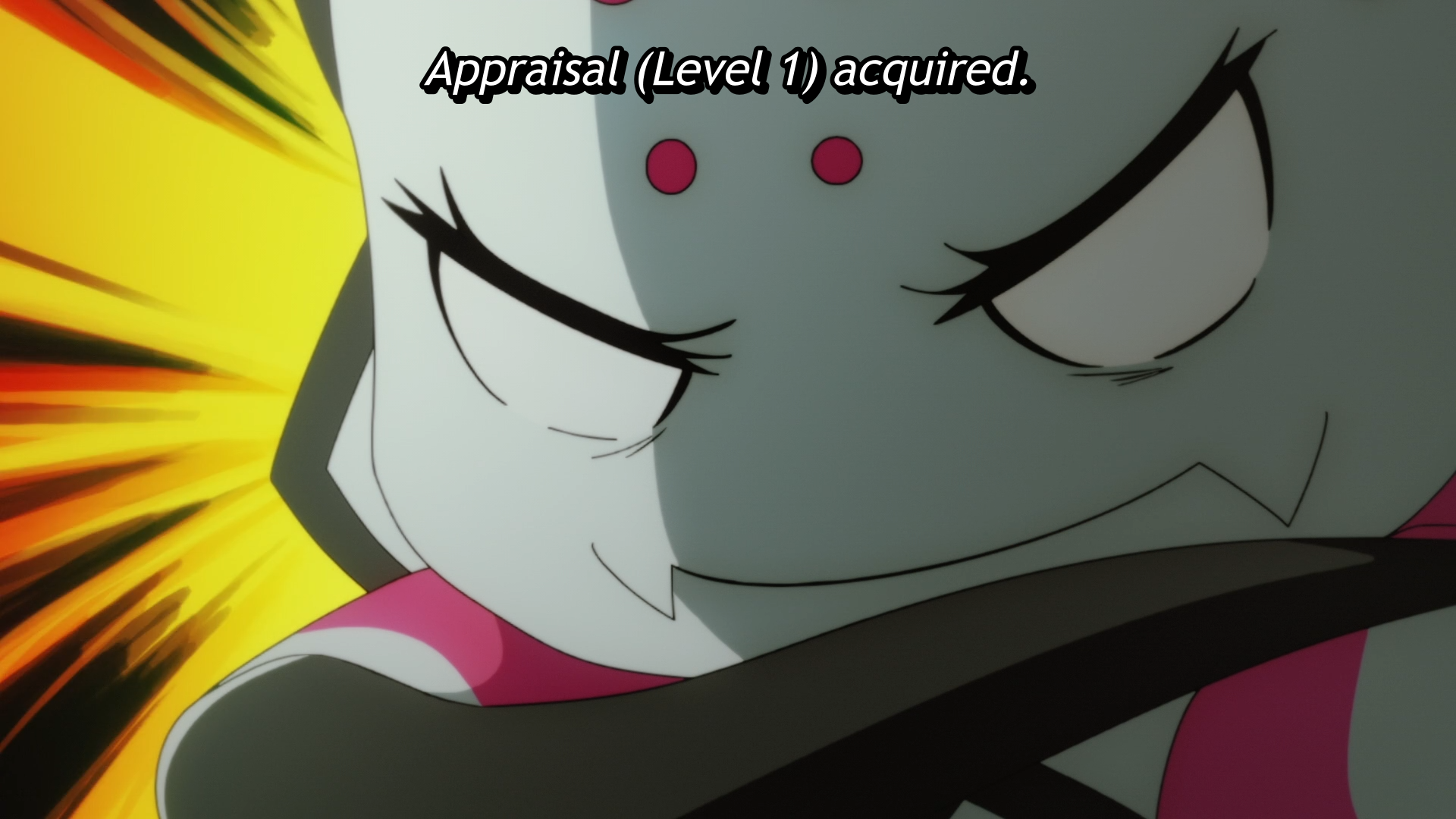 Appraisal is one of the first skills Kumoko picks up as a Small Lesser Taratect. While initially nothing more than a troublesome migraine, Appraisal is a skill that evolves with its levels. It allows users to see information and stats. While Appraisal can be blocked by various titles, it’s still a useful skill. 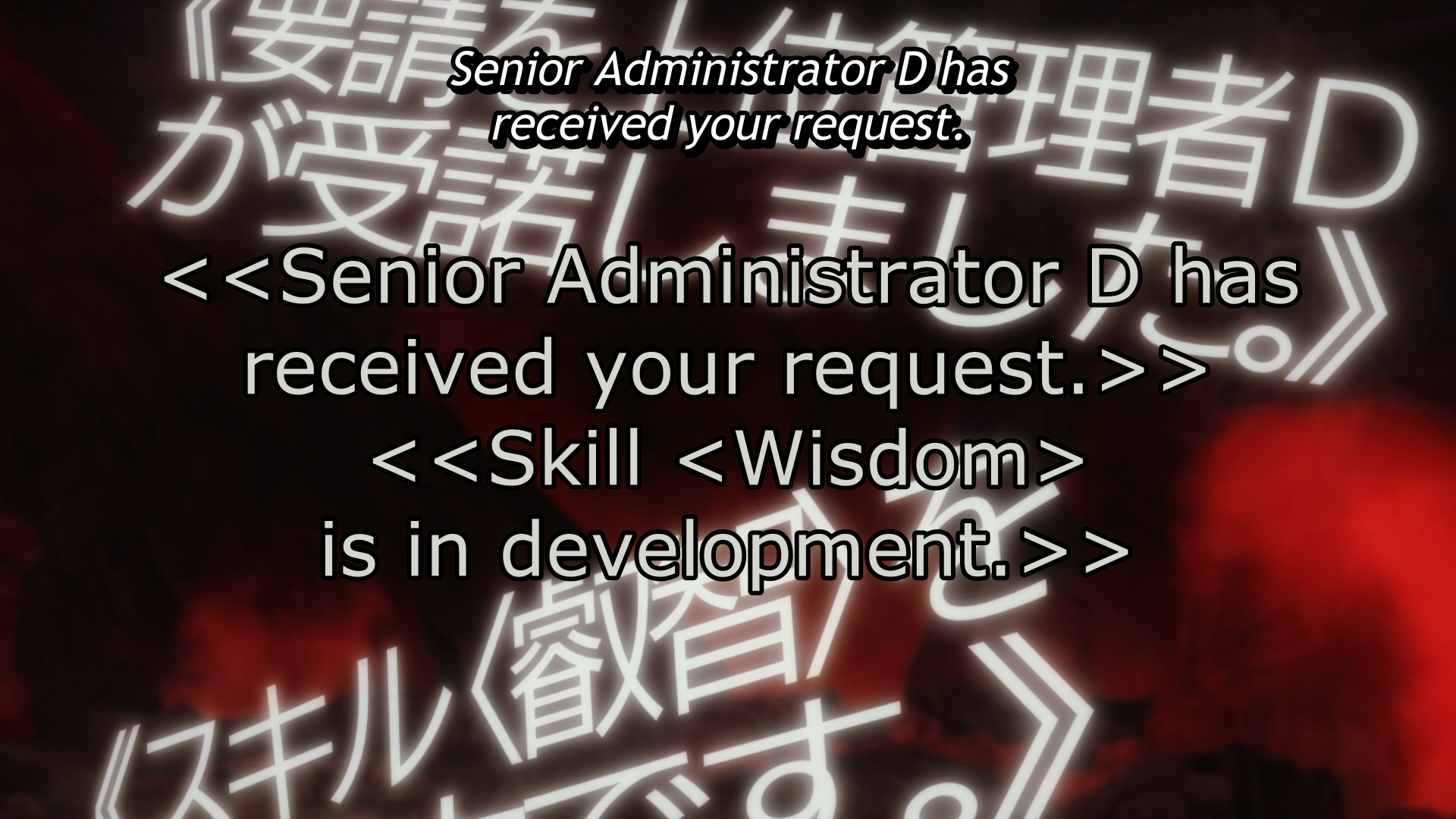 Once Kumoko maxes out Appraisal as a Zoe Ele, she complains that doing so is anti-climactic. Administrator D rewards her with Wisdom and the title Ruler of Wisdom. As a skill, it combines Appraisal and Detection, and with it come the skills Celestial Power (magic) and Height of Occultism. 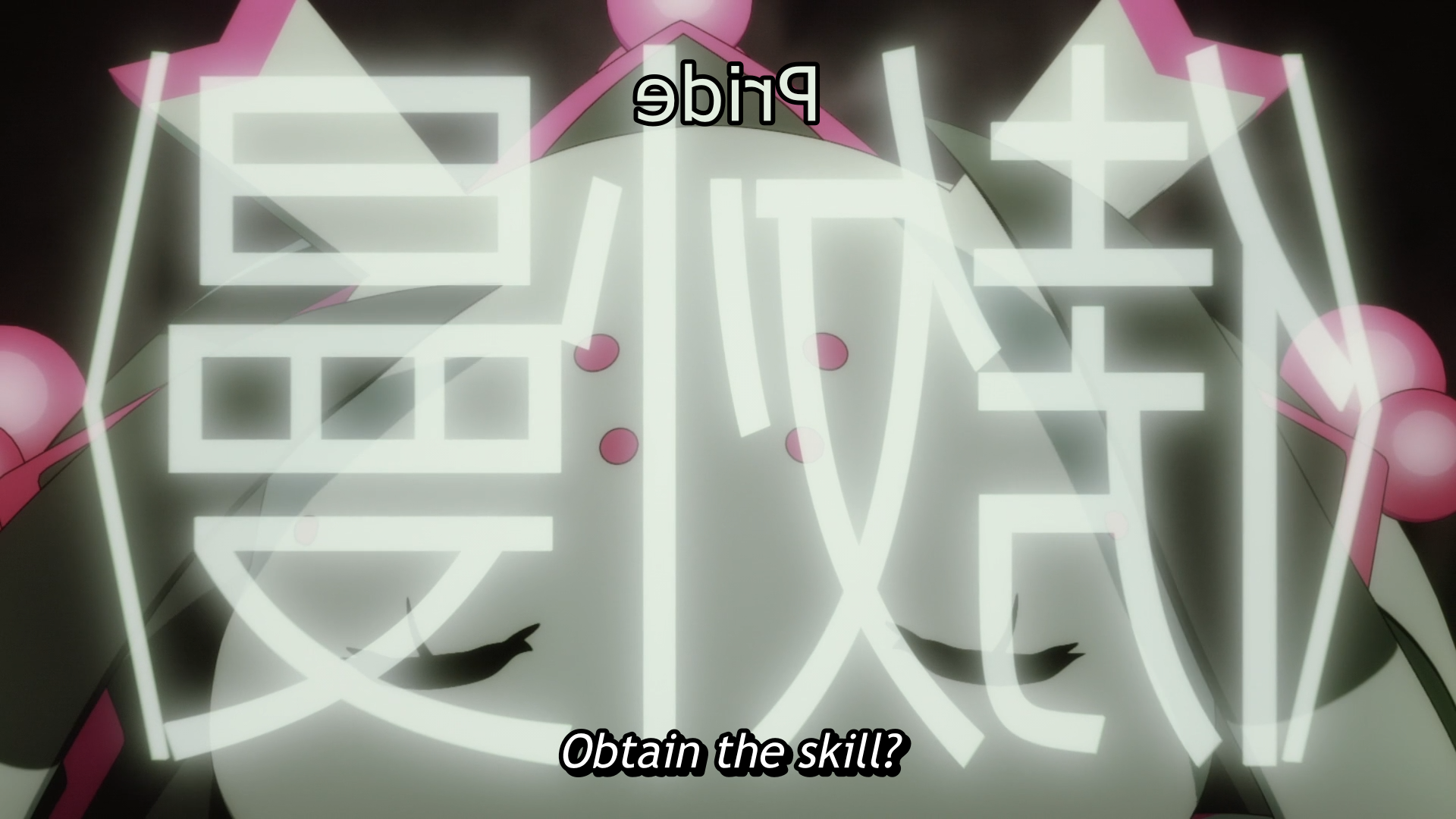 Kumoko gains Pride as a Small Poison Taratect. It allows for a substantial increase in experience points and skill proficiency. To top it all off, it improves growth capacity for all abilities. Talk about an OP skill. Kumoko also obtains the title Ruler of Pride, as well as the skills Hades and Abyss Magic, which is a mysterious skill few beings have been able to wield. Both can attack a foe’s soul directly. 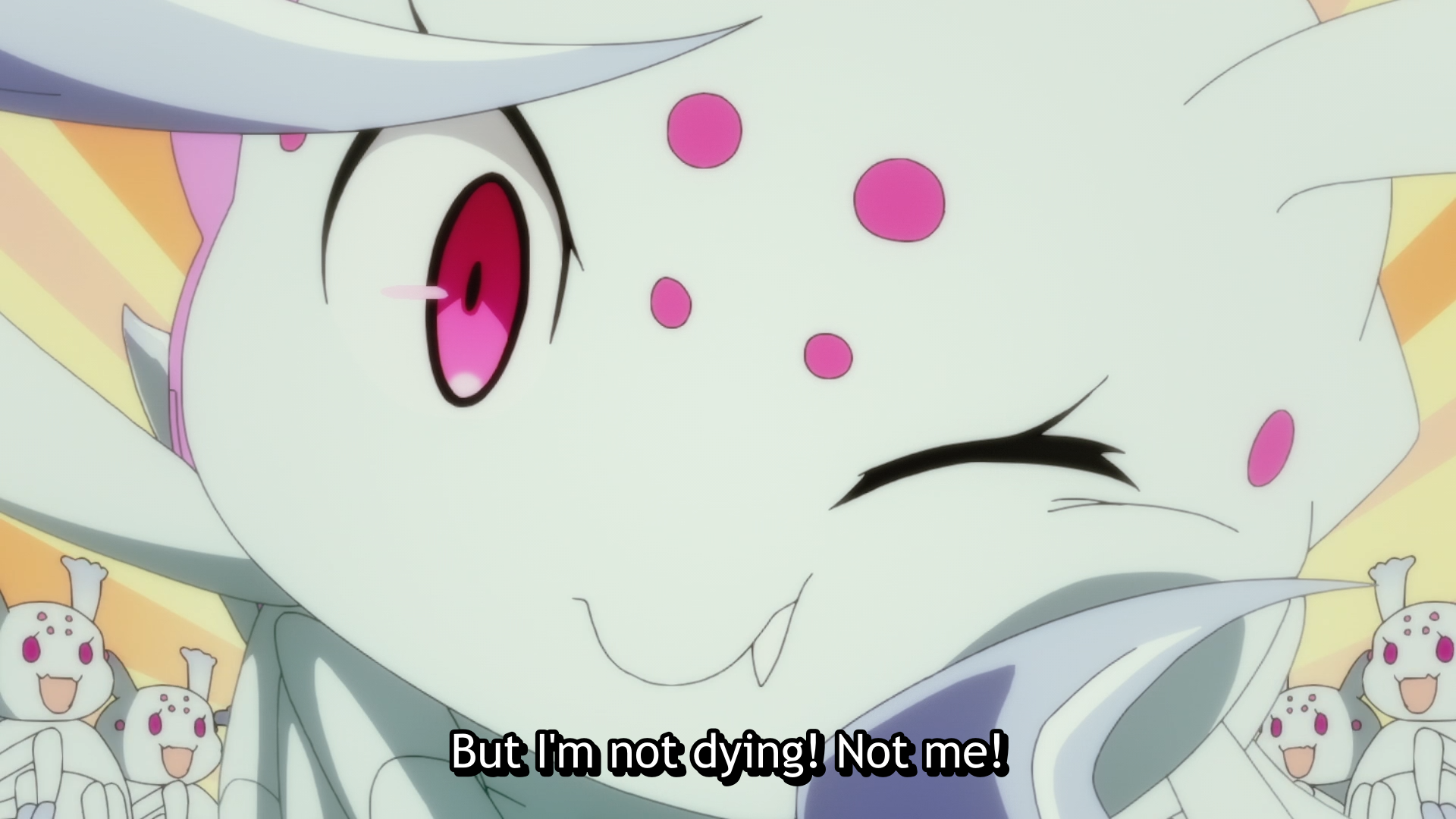 As a Zoe Ele, Kumoko gains Perseverance, a very useful skill in which she can use her MP as HP when the latter has been expended. This means that as long as our itsy-bitsy spider maintains her MP, she can survive with a shred of HP regardless of how many punches she takes. With this skill, Kumoko acquires the Ruler of Perseverance title. 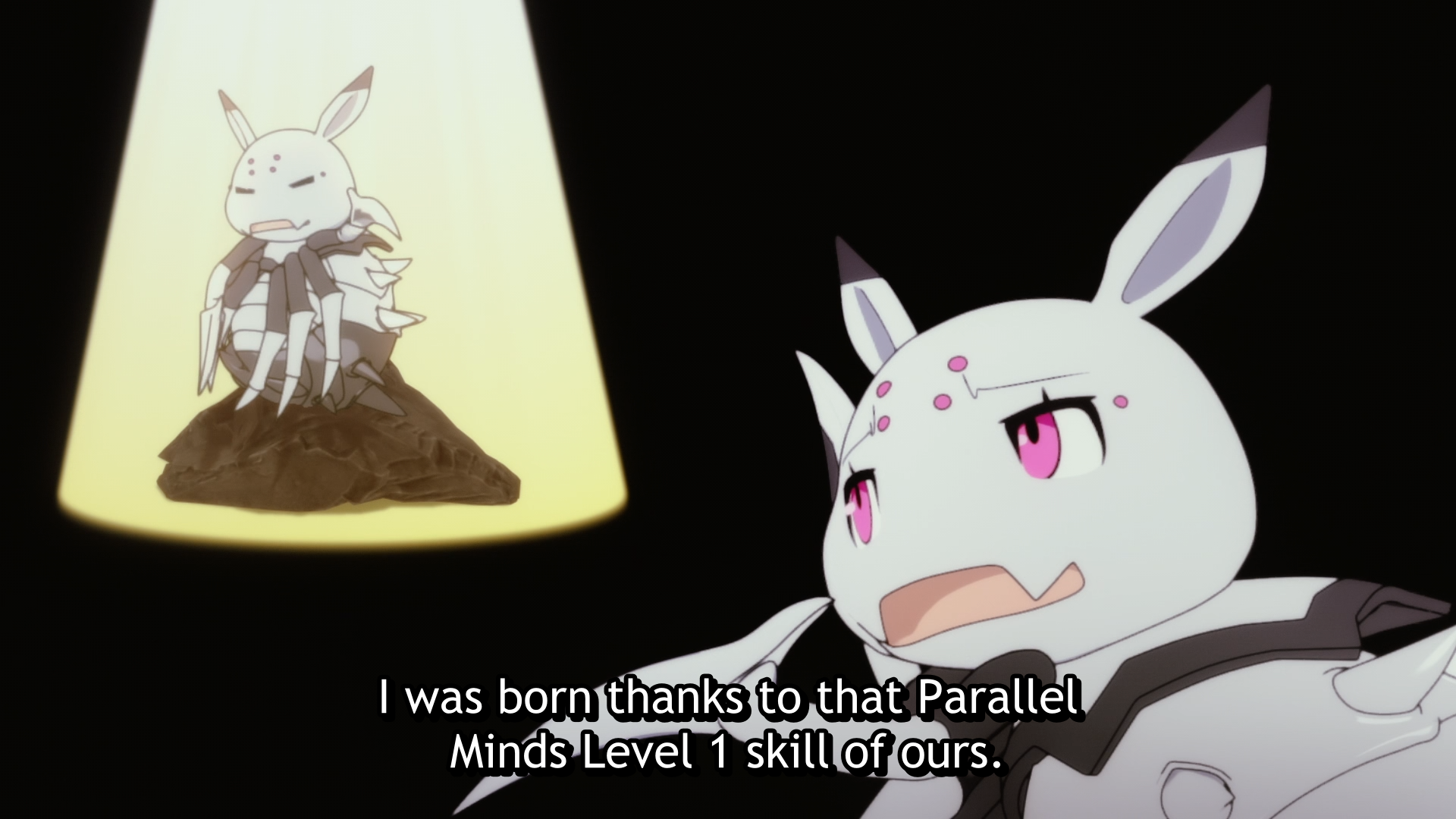 Have you ever wished there were two of you? Parallel Minds gives you the power to make mental clones of yourself. Kumoko divides her responsibilities up between the mental and the physical and uses two minds for magic. Kumoko can send her selves to others with psychic connections and attack their souls directly like how she did with Mother with Soul Consumption. This skill was also picked up after evolving into a Zoe Ele. 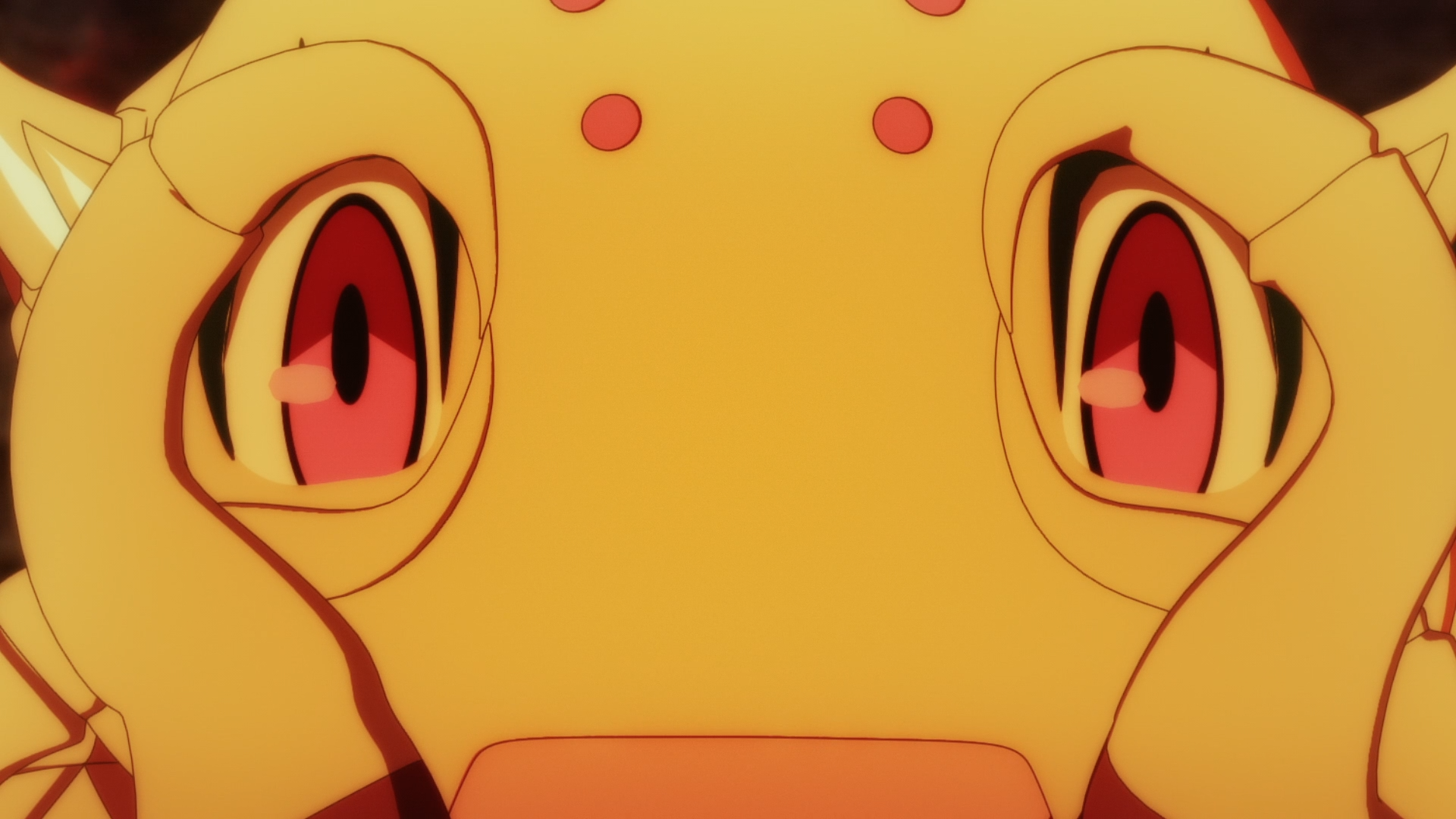 Ever found a gaze especially cutting? Evil Eyes is just that skill. Kumoko is able to damage her enemy with a glance. The Evil Eyes come in many shapes and sizes, including Heavy, Cursed, Paralyzing, Jinxed, Warped, and Annihilating. Each has a varying ability and can be used in combination with one another — so long as Kumoko has the eyes for it! Kumoko picks this one up after she evolves into a Zoe Ele. 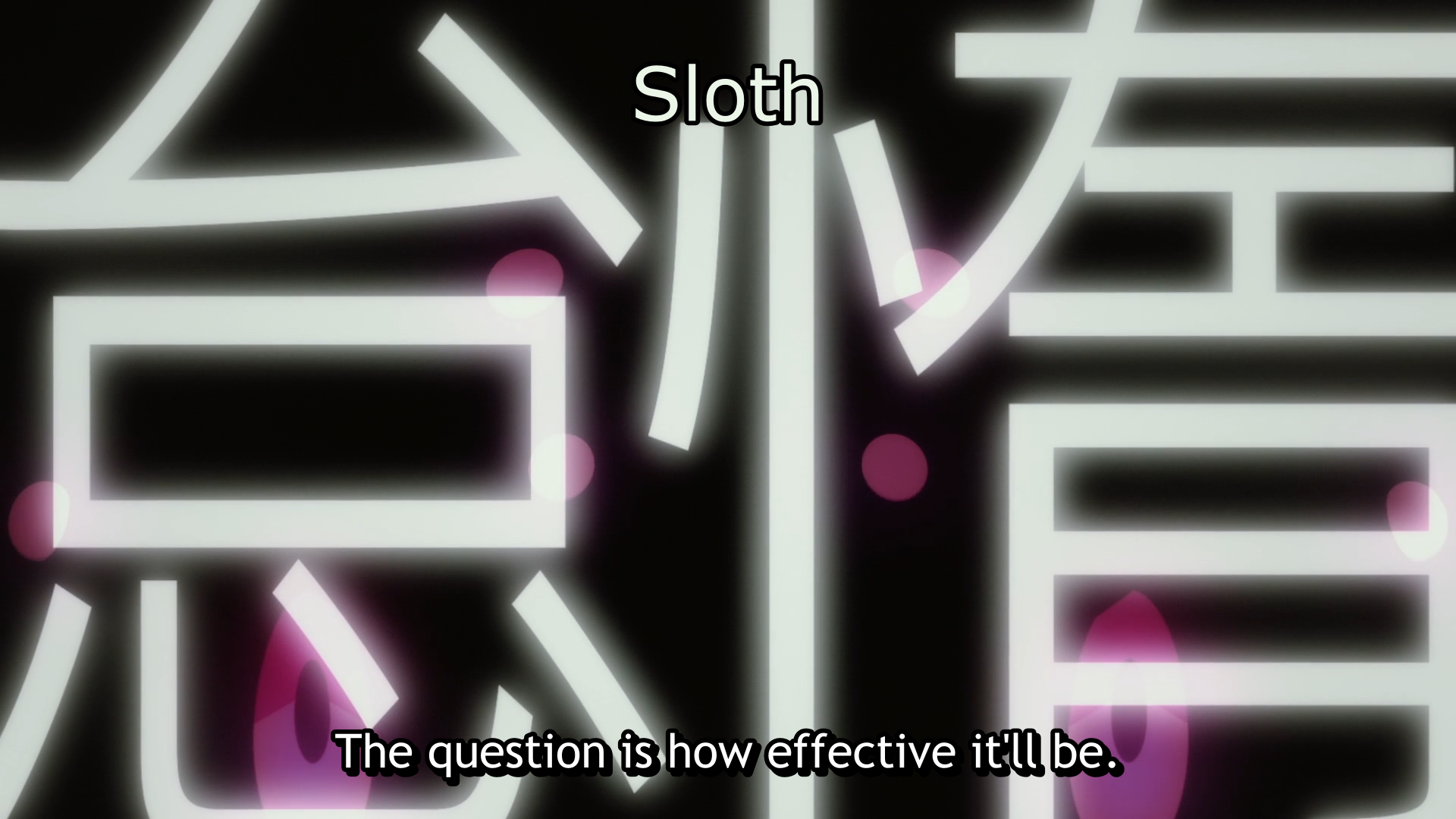 As an Ede Saine, Kumoko picks up Sloth, one of the few skills she has that affects her targets, rather than herself. It severely decreases enemy HP, MP, and SP. Our spider picked this one up specifically to defeat the Earth dragon, Araba. 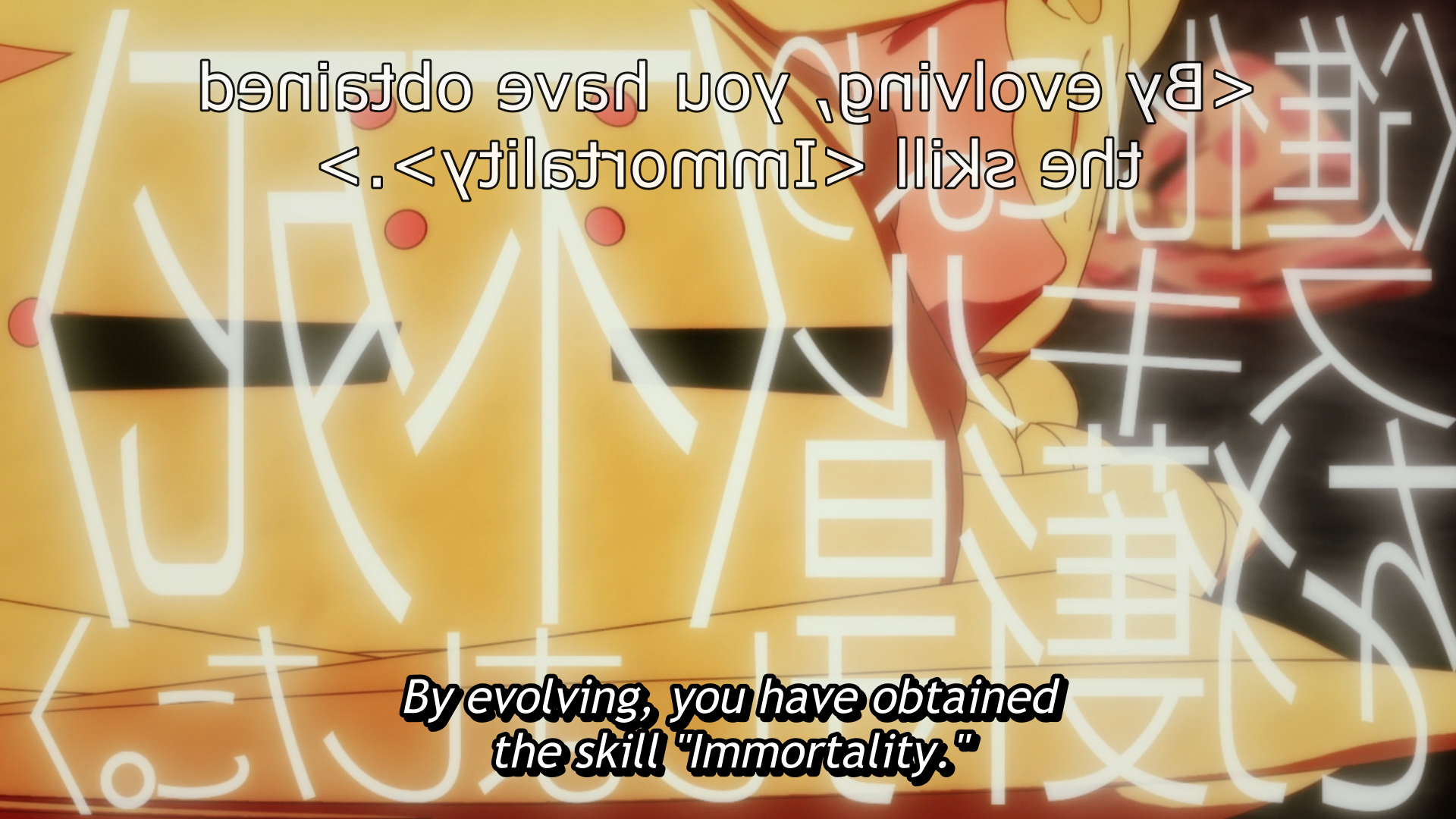 Kumoko gains this skill as a special bonus from evolving into a Zana Horowa. She’s impossible to take down when unless the foe directly attacks her soul with something like Heresy or Abyss Magic. 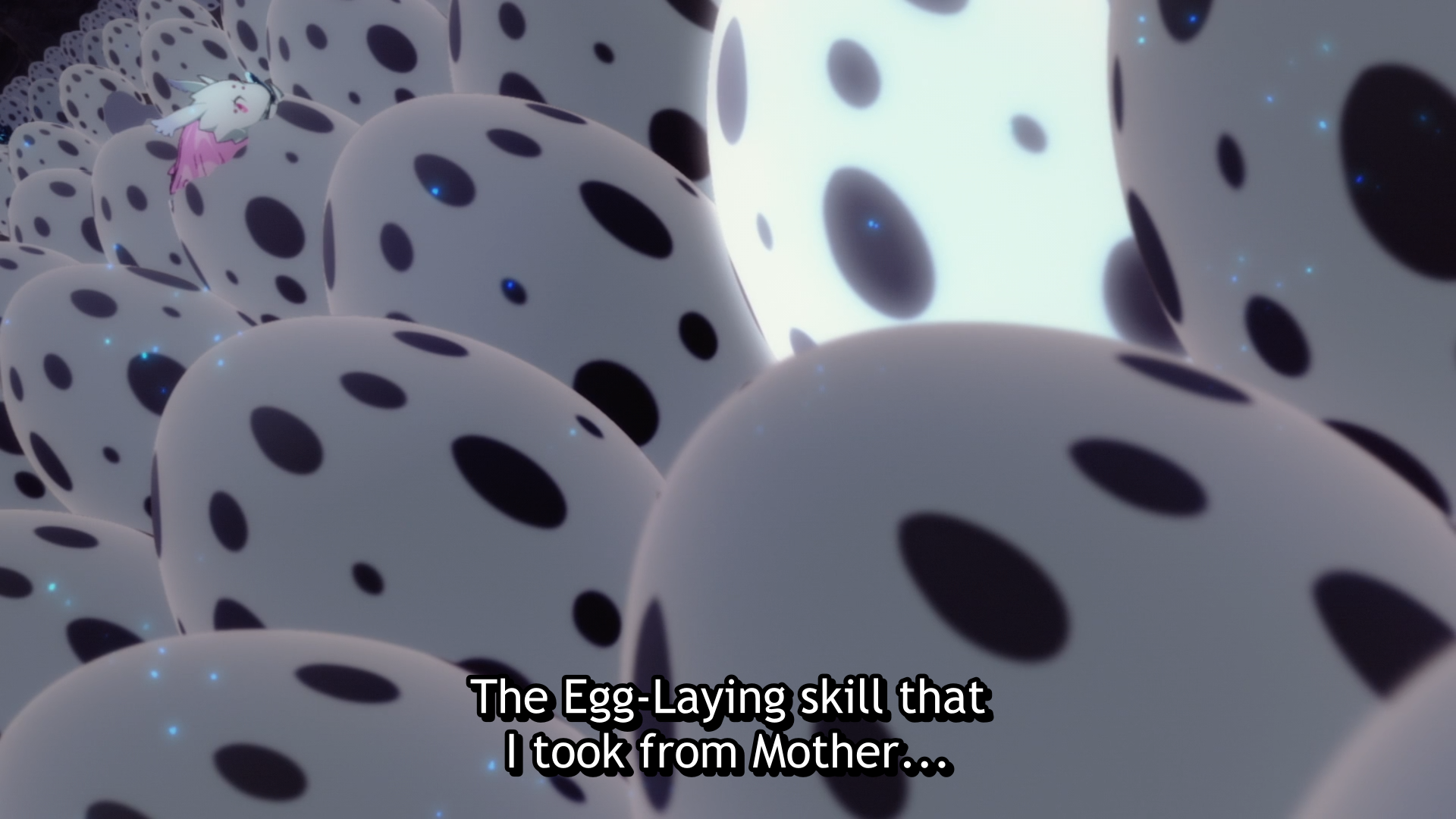 After consuming Mother’s power as a Zana Horowa, our little spider learns how to lay eggs, effectively cloning herself. With this skill, Kumoko discovers how to move her soul into one of these eggs, allowing her to survive Ariel’s attack by reviving.

That's quite a lot of special abilities Kumoko has picked up since becoming a spider ... and there's so many more. What an impressive little spider!

What’s your favorite skill from the Spider Universe? Let us know in the comments below!

Annie is a writer for Crunchyroll Features. Her favorite Kumoko Skill is Evil Eyes! She also runs Annieme, a blog committed to anime and mental health. Follow her @anniemeaddict.