Just a few ideas for your next anime marathon 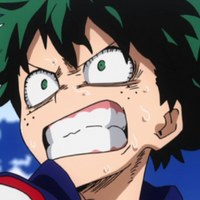 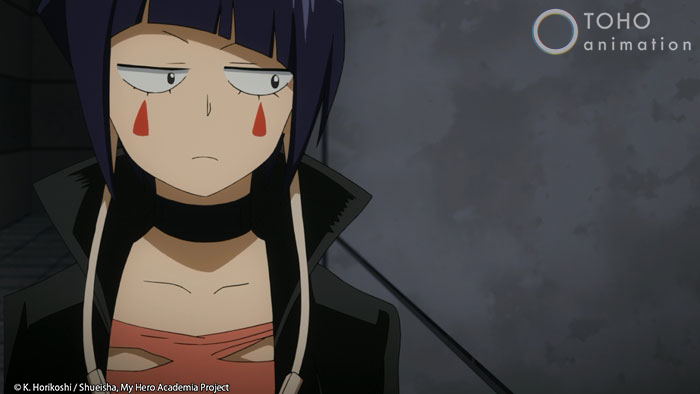 If you’re looking for that next series, or maybe you just came away from the cinema after seeing the newly-released My Hero Academia: World Heroes Mission and want to try something new while you wait for the next season of the anime, here are a few places to start. 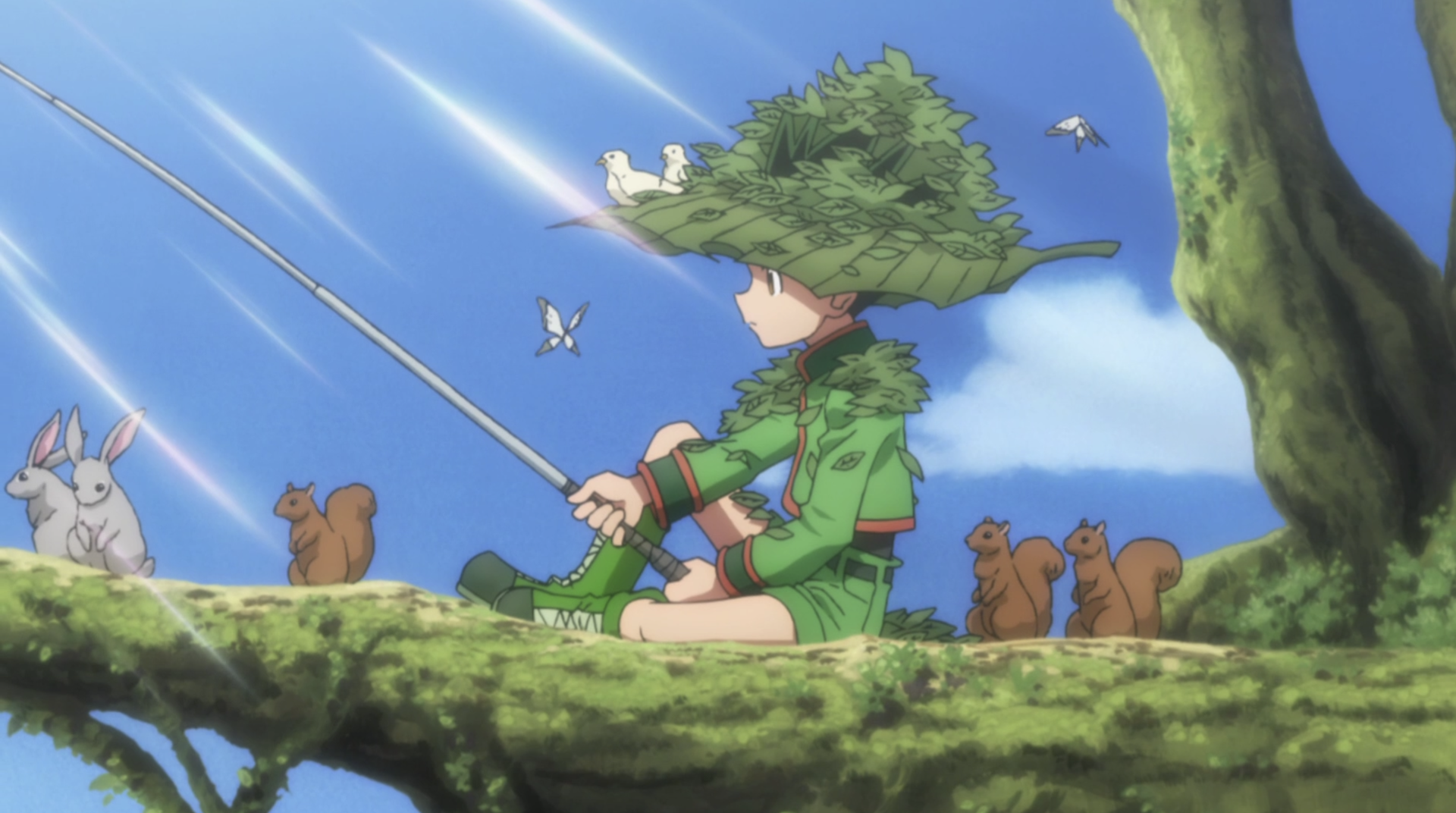 Fans of the heroes of My Hero Academia will feel right at home with Hunter x Hunter. Sure, the ideals of our main characters may be different, as hunters are out on their own personal adventures for treasures and to find new discoveries rather than selflessly saving the world, but with hunters each possessing superhuman abilities known as Nen, the parallels are there.

Hunter x Hunter follows Gon Freacss as he leaves his home to go on an adventure and take the Hunter Exam in the hopes of becoming an established Hunter and finding his long-lost dad. With some superb character-driven storytelling (particularly in Gon’s relationship with Killua and during the magnificent Chimera Ant arc in the second half of the series), fans of the character-focused My Hero Academia are in for a treat. It’s constantly surprising, with each arc taking the series in new directions, from the first steps into the world through the Hunter Exam to the game-like exploits of Greed Island. With 148 episodes, you have a lot of content to work through before you’re searching for your next anime fix.

Other series that may capture your imagination, in the same way, can be found in fellow Shounen Jump brethren like the return-to-nature science adventure of Dr. STONE or the supernatural (and incredibly popular) JUJUTSU KAISEN. What each of these series offers on the page is character-driven action that has earned the magazine worldwide acclaim. You’ll struggle to find better attempts at translating the magic of the page onto the screen. 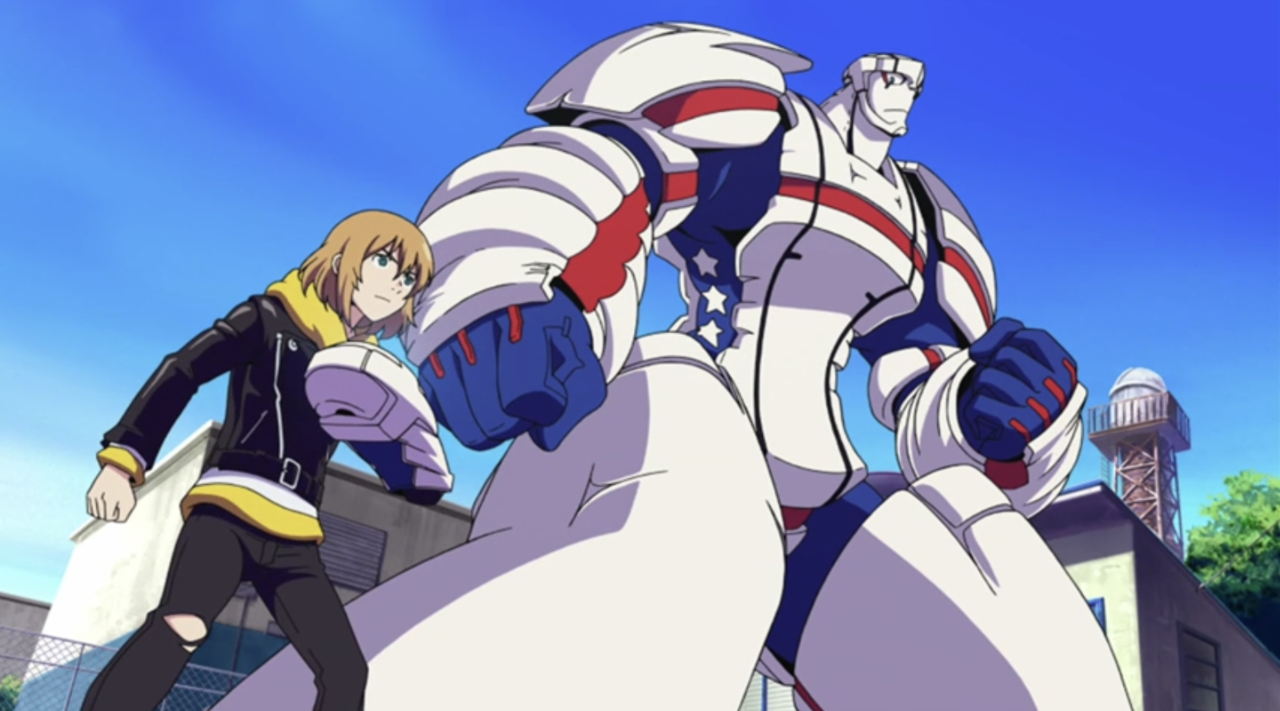 HEROMAN is a bold and unique blend of Japanese and American superheroes that actually predates My Hero Academia by half a decade. It was even supervised by Stan Lee himself!

This 2010 collaboration between Stan Lee and Studio Bones is about a robot-obsessed kid named Joey, a young boy who lives with his grandmother in the Los Angeles-inspired Center City. One day he stumbles on a broken Heybo toy that, after a freak lightning storm, gains the ability to transform into a giant robot. Together, the two serve as the last line of defense against an alien race known as the Skrugg.

If My Hero Academia takes the concept of a superhero and considers what that could mean in a world where everyone has powers and heroes were like celebrities, HEROMAN is the more traditional superhero story in the vein of something like Spider-Man — in fact, a lot of inspiration was taken from Peter Parker’s story and even the tokusatsu Spider-Man series during the anime's development.

HEROMAN stands apart thanks to a family-friendly story that may not reach the same intensity or levels of violence as My Hero Academia — think of it as something more akin to a Saturday morning cartoon or Digimon Adventure: — yet is so refreshing precisely because of it’s more traditional and all-ages take on the superhero genre. 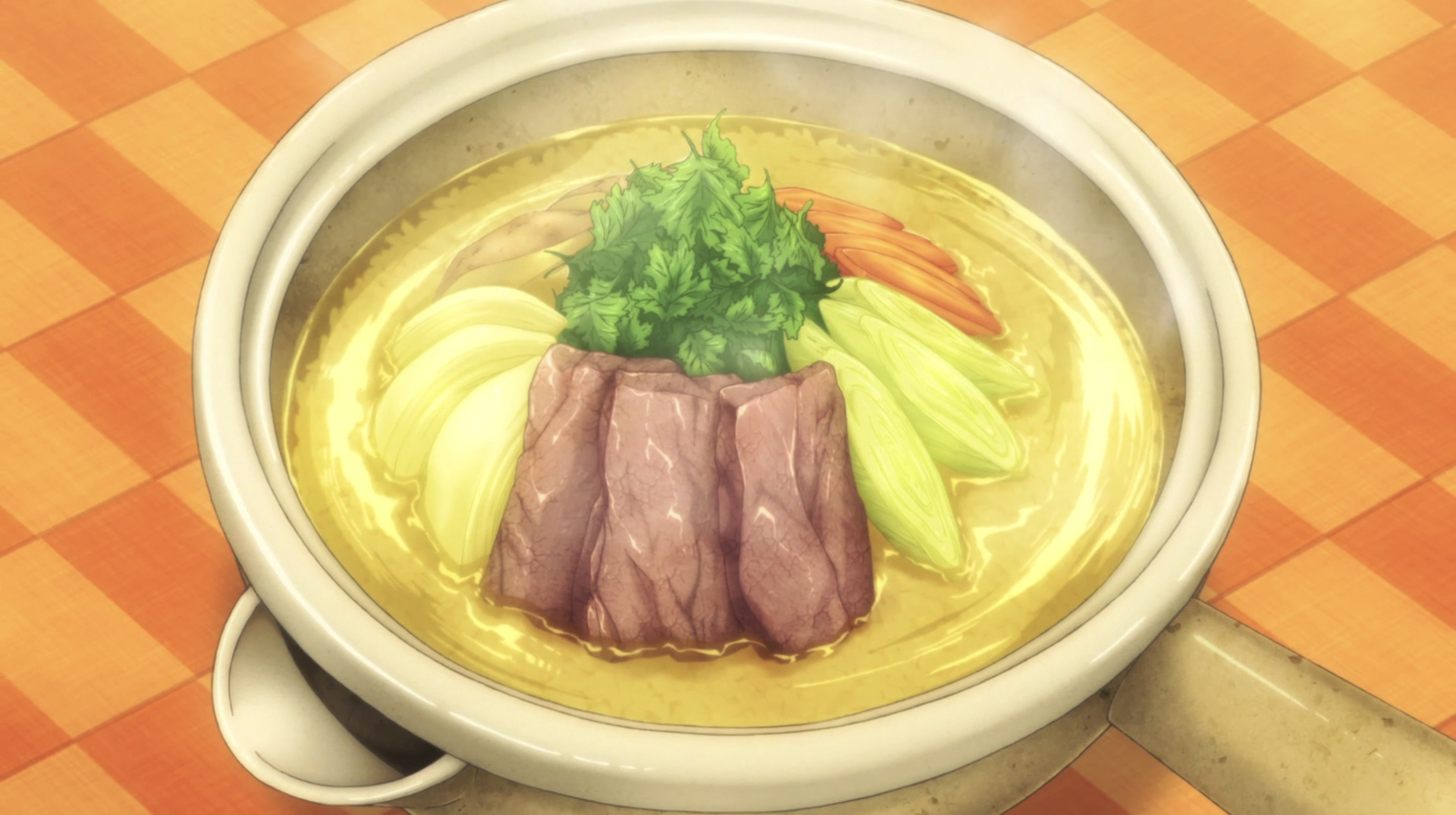 Sometimes, some of the most intense moments of My Hero Academia come from characters going head-to-head in a battle for supremacy. Whether that be in a fight between the heroes and the rising forces of villains like All For One or in intra-school rivalries as showcased most impressively in the tournament arc in the anime’s second season — who can forget Deku’s fight with Todoroki?

If that’s what appeals to you about the anime, you can’t go wrong with Food Wars!. Rather than a hero school, we’re dead-center in the Totsuki Saryo Culinary Institute, an elite institution filled with the best cooks the world has ever seen. Yukihira Soma likes to challenge the other students to Iron Chef-style cook-offs — or food wars, to use the namesake — regularly pitting the students at this school against each other to cook some of the most mouth-watering food you’ll find in animation. You’ll see meticulous techniques as they cook and witness the tension of the fight not through punches but through deftly sliced vegetables and the sizzling of a pot or pan, giving you the battle rivalries you’ve come to love with a culinary twist.

It’s a welcome change of pace from some of the more violent options on this list, but no less exciting or engaging for those who like the battle-action formula My Hero Academia has honed in on over much of its runtime. With how nice some of the food looks (and how their reactions make it seem oh so delicious to eat), the anime may even inspire you to put your culinary expertise to the test! Something far safer than trying to replicate some of the hero moves that Deku and the class are using. 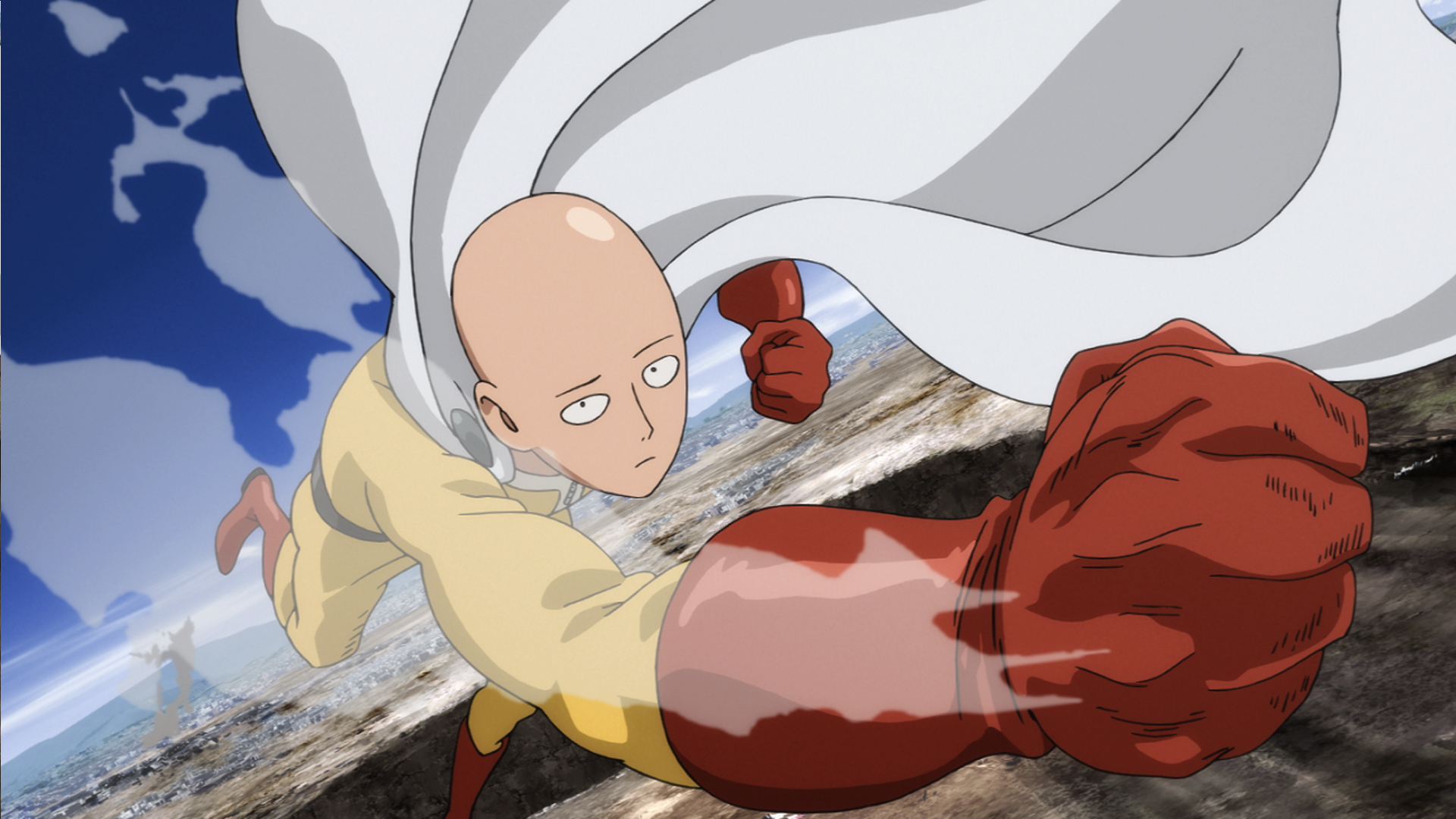 It’s not difficult to see at least a few similarities between One-Punch Man and My Hero Academia. Saitama’s power allows him to effortlessly defeat any enemy in its tracks with just a single punch. Meanwhile, One For All, Deku’s quirk — a powerful ability inherited by the most impressive heroes to ever exist — allows him to channel huge amounts of energy into a single punch or attack. Although the personalities of Deku and Saitama couldn’t be more different.

These series have appealed to audiences for similar reasons: intense and exciting action adapted to the screen with some of the best sequences of animation from the most talented animators working today. Both Season 1 (animated by MADHOUSE) and Season 2 (JC Staff) feature some of the most well-animated action sequences of the past decade, yet there’s still an engaging story to be told to ensure the anime is way more than just a pretty face. For anyone with a love for My Hero Academia, action anime, or people who just want to see the medium of animation stretched to its limits, One-Punch Man is the series for you.

Similarly, Mob Psycho 100 is worth checking out for fans of Deku’s desire and Saitama’s deadpan approach to fighting.

At the end of the day, the hiatus of a long-running favorite is a perfect opportunity to try something new. Use this list as a starting point to find something that will keep you entertained through these cold winter months. We’re all here to watch anime, after all, and there’s plenty of it to enjoy.

What are you planning to watch in the wait for more My Hero Academia? Let me know in the comments!