Let's explore some shows that embrace self-improvement as we plan our resolutions for the new year! 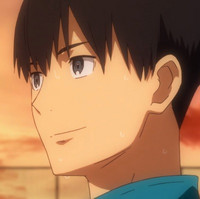 This article written by Nick Creamer was originally published January 7, 2019

Hello all, and welcome back to Why It Works. As we enter the harsh light of a bright new January, we’re forced to once again endure that most hallowed and dispiriting of new year traditions: THE NEW YEAR'S RESOLUTION. I’ve always felt that New Year's Resolutions were essentially an unintentional crystallization of how difficult the self-improvement process really is — after all, most such resolutions don’t outlast the winter, and effecting lasting change in our lives is a matter of steady commitment, not fleeting, “it all changes now!” enthusiasm.

In light of this, today I’d like to celebrate some shows that embody the spirit of self-improvement without understating how difficult and laudable such changes really are. Our lives have a maddening tendency to avoid neat narrative arcs. We don’t all grow into our best selves along a straight line, we ramble and backtrack and discover new things about ourselves, our initial conceptions of what our “best selves” might be shifting along the way. Consider these shows and their messages suggestions for potential paths, not critiques of your own choices. We’ve all got our own mountains to climb!

I’m Going To Get In Better Shape: Run with the Wind 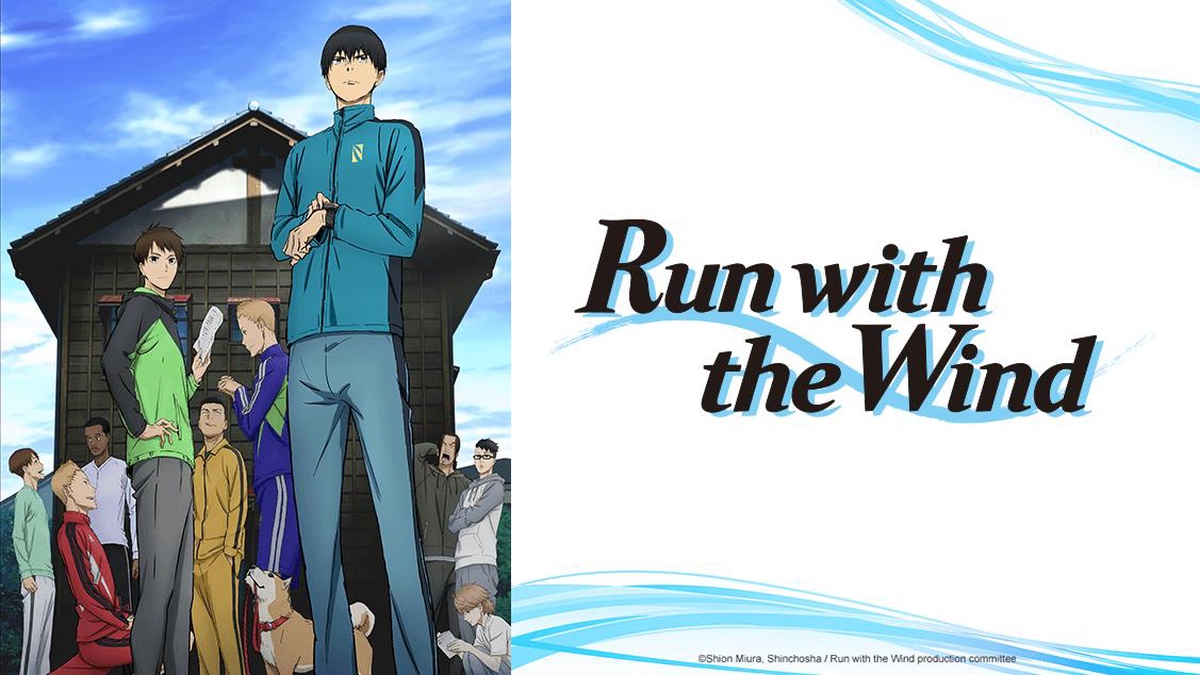 I’ve had a very tempestuous relationship with jogging ever since I started doing it habitually, just about half a decade ago. Runners will tell you that it gets easier when it’s a routine, or that running can actually be fun; they are liars. Running sucks, and as much as I’d like to say I get great satisfaction in exercise, all I can say at the end of a run is, “I’m glad I have a couple days before I have to do that again.”

Run with the Wind understands this. It doesn’t oversell the joy of running and doesn’t pretend that exercise becomes easy after the first couple sessions. Its characters huff and puff and complain mightily, and often the only thing keeping them going is the threat of their coach looming over their shoulders. Yet through their communal struggles, something genuinely joyous eventually does emerge: their respect and support for each other, earned the hard way, one long step at a time. And as the show’s former smoker Nico articulates, there is something special about running — a certain place you visit, where everything else disappears and you are a clean instrument of the run itself. But it’s always a struggle and I still have trouble keeping to a jogging routine, I’m happy Run with the Wind knows it’s as painful as I do.

I’m Going To Travel More: A Place Further Than the Universe 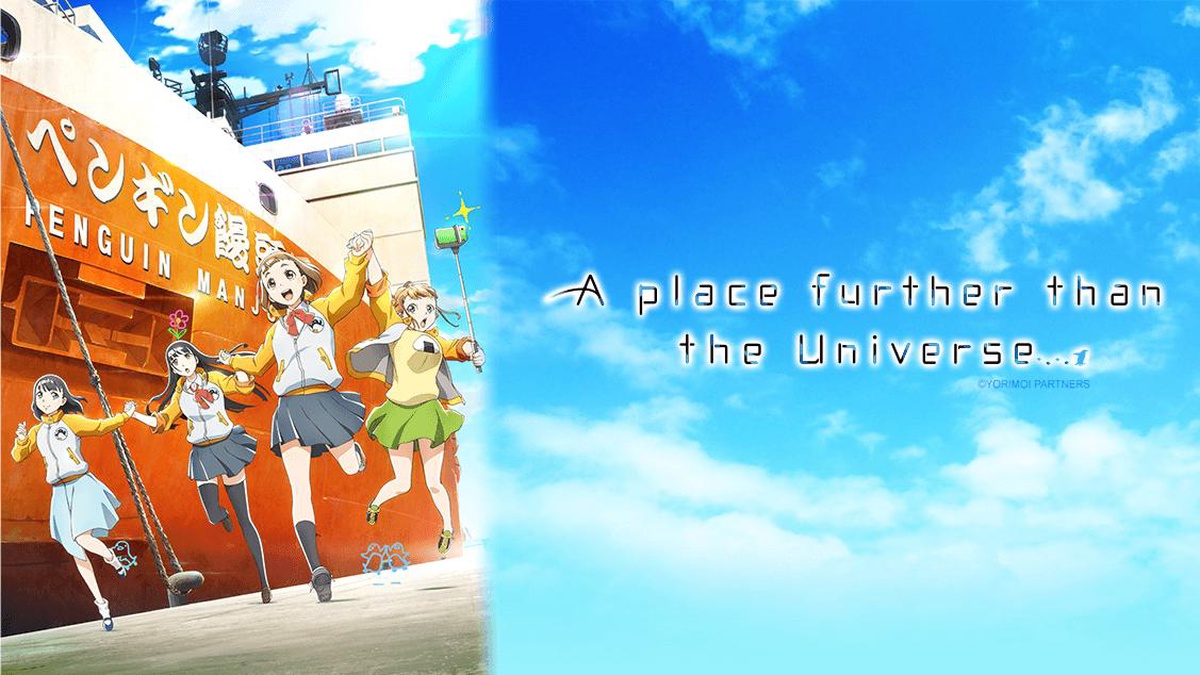 In a world that holds up travel and visiting foreign countries as some pinnacle of worldliness and perspective, it can be tough to motivate yourself to live up to that ideal. (Especially in light of recent restrictions.) Along with being ridiculously expensive, travel for its own sake just doesn’t appeal to a lot of people; personally, though there are a couple places I’d love to visit, I very much value having a steady home.

A Place Further Than the Universe understands that travel is an exhausting and difficult thing, and also that “my semester abroad totally opened my worldview” is a cliche we’re not all interested in indulging. Instead, its characters strike out for Antarctica for far more human reasons: to reconnect with family, to make friends, to simply have accomplished something, or even just to spite those who said you couldn’t do it. How many shows accept spite as a valid motive for uprooting your whole dang life? A Place Further Than the Universe frames the ineffable appeal of seeing the world through wonderfully mundane motivations, and through doing so, reveals that basically, any adventure can change you if you embrace it with eyes open.

I’m Going To Take Better Care Of Myself: March comes in like a lion 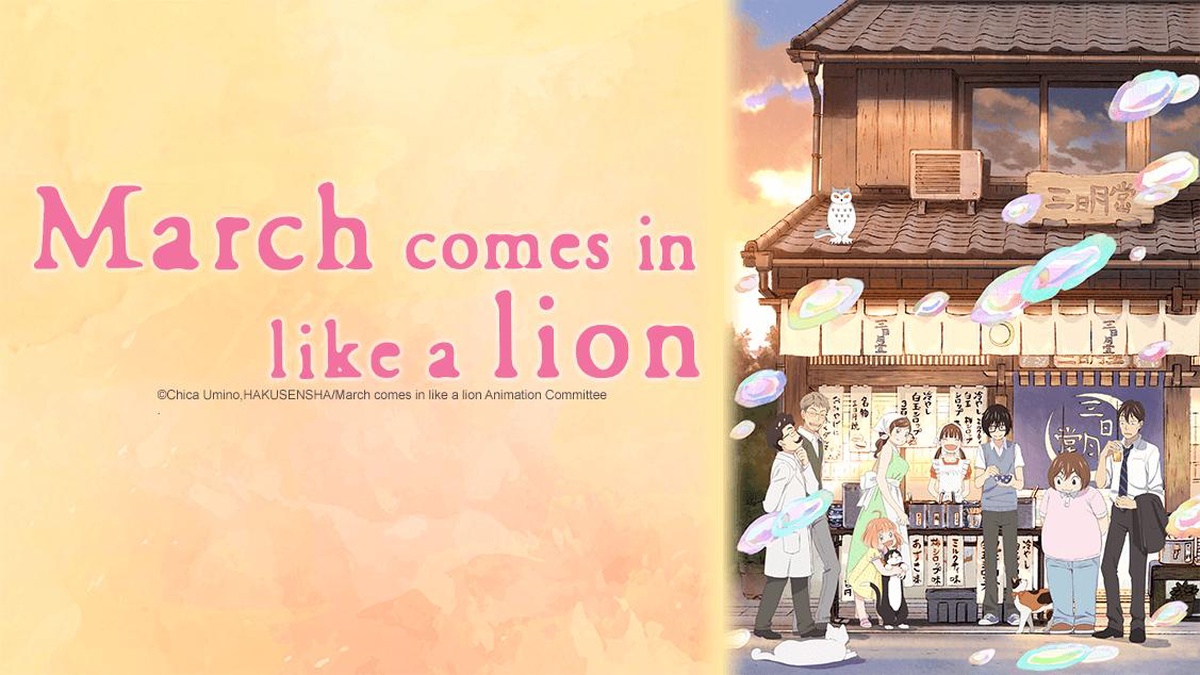 There is nothing harder than finding the motivation to lift yourself out of a mood that itself saps your motivation. So it is with depression, that black specter that keeps us tucked under the covers, hating ourselves for our inaction, too nauseous and tired and shamed to move. There are times within March comes in like a lion that its protagonist Rei’s depression is so heavy he simply cannot escape it; visualized as a heavy sea he’s sinking beneath, he finds himself utterly incapable of swimming to the surface. Along with his own efforts, it takes dedicated support from friends and family to help Rei return to a place where he can imagine future happiness again.

The series never summarizes the difficulty of this process and articulates Rei’s slow journey with endless nuance and empathy. Sometimes going to the store for food is a great victory, sometimes it’s taking a shower, sometimes it’s simply opening the blinds. Each of these achievements is lauded by the series, and through doing so, it offers support for anyone else seeking a more hopeful future. Never feel you have to fix yourself all at once — every step is a victory, every new day is a new start, and every person deserves to be loved.

I’m Going To Be Kinder To People: Bakemonogatari

As I’ve said, I’m not a great fan of new year's resolutions. The holidays are a period of familial obligation and stressful self-reflection as it is, and topping that with this incentive to feel even worse about yourself seems like an unfair deal no matter how you cut it. That’s why I like the Monogatari franchise, a story about growing up that acknowledges we’re all messes, we all fail, and that it’s hard enough simply to be kind. We are all collections of hangups and past scars and fleeting dreams, and we will interact with each other in messy and sometimes painful ways. We will make mistakes, and we will try again. We will hope to do better, but that’s never guaranteed. If nothing else, I believe resolving to accept that fact — that we all mess up, we all wish we could do better, and we all struggle to measure up to our own expectations — might at least make the process a little bit easier. Like Monogatari’s mixed-up heroes, we should all resolve to accept we’ll make mistakes and do our best to love each other and ourselves just the same.

Well, that's all I've got today! I hope you've found either a show or a goal worth pursuing here, and please let me know in the comments what shows inspire all of you to make positive changes in your life. And of course, Happy New Year!