It's about the journey, not the destination ... no pain, no gain ... you get the point 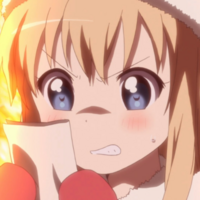 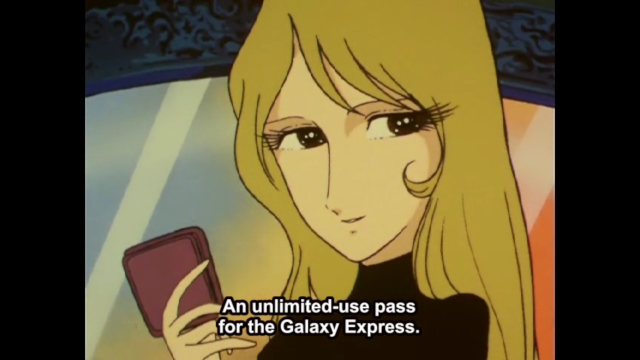 The recent holiday and New Year’s season might feel longer than usual — so why not take the time to check out these series that go beyond your typical 24-episode series run? If you’re already caught up with your favorite long-running anime or are finally deciding it’s time to tackle those “must-see” shows that have been sitting on your watchlist for years, here’s your starting point. For housekeeping, this list only covers anime that run anywhere from 30 to 100+ episodes, including multiple seasons. A complicated plot, a big setting, and a wide cast of characters aren’t always necessary for a long-running anime. These series that push their episode count may even seem daunting for new fans. From slice-of-life comedies to monster-of-the-week science fiction and angsty teen romance, this list hopefully exemplifies why you shouldn’t turn your nose up at something that is “too long” or “retro.” 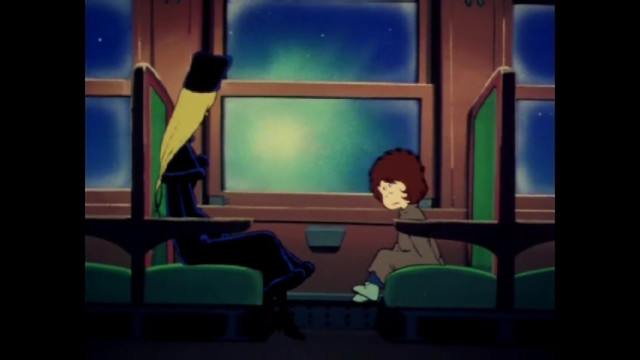 Set in a future where human bodies can be exchanged for high-priced immortal cyborg bodies, the poor and needy seek out tickets aboard the legendary Galaxy Express 999 in hope of attaining a robotic replacement. Adapted from Leiji Matsumoto’s 1977 manga, this series is a scenic romp across the stars on various planets with their own (sometimes existentialist) personalities.

Testurou, a young boy, accompanies a mysterious woman named Maetel on this dangerous journey. Masako Ikeda’s performance as Maetel adds a layer of allure and mystery to a tight-knit cast of characters. In fact, you can hardly take anything for granted on the space frontier given the oftentimes Twilight Zone-esque twists. Galaxy Express 999’s episodic angle makes it easy to follow without worrying about overcomplicated continuity. While a space opera in spirit, the emphasis on the human-cyborg differences never strays too far from Testurou and Maetel’s unique perspectives. Fans of series like Cowboy Bebop and Kaiba should find themselves right at home on this long-haul. 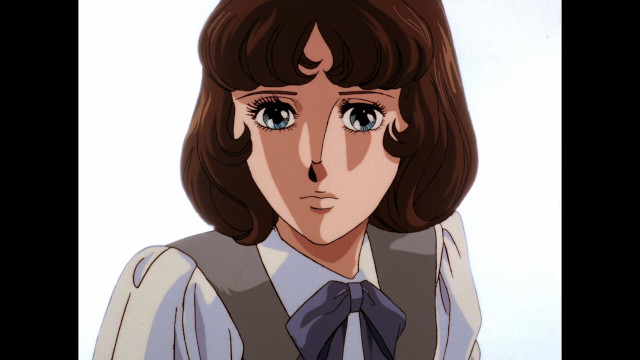 This adaptation of Ryoko Ikeda’s classic manga Onii-sama E... is a melodramatic, marathon gut-punch about high-schooler Nanako joining a sorority at the prestigious Seriran Academy. Each episode’s brilliant screenplay showcases the emotional and psychic realism in Ikeda’s characters; nothing’s there without a purpose. Although best remembered as a cornerstone of the yuri genre, director Osamu Dezaki’s contemporary stylization of ‘70s romance with ‘90s anime aesthetics makes Dear Brother a must-watch for any fan. Who is the titular brother? Who will kiss who? Will Nanako pass cooking class??

Of course, this series also heavily draws from Dezaki’s ‘80s adaptation of Ikeda’s famous Rose of Versaille manga. Dear Brother notably features Dezaki’s iconic "postcard memory" technique for the best climatic effect — nothing makes the lives of schoolgirls more dramatic than a museum-quality painted freeze-frame of someone getting face-slapped in homeroom. Like any Jane Austen novel preoccupied with the nuances of gender and women’s lives, you’ll be sucked into this intricate social web of betrayal, growing pains, and forbidden love in no time. 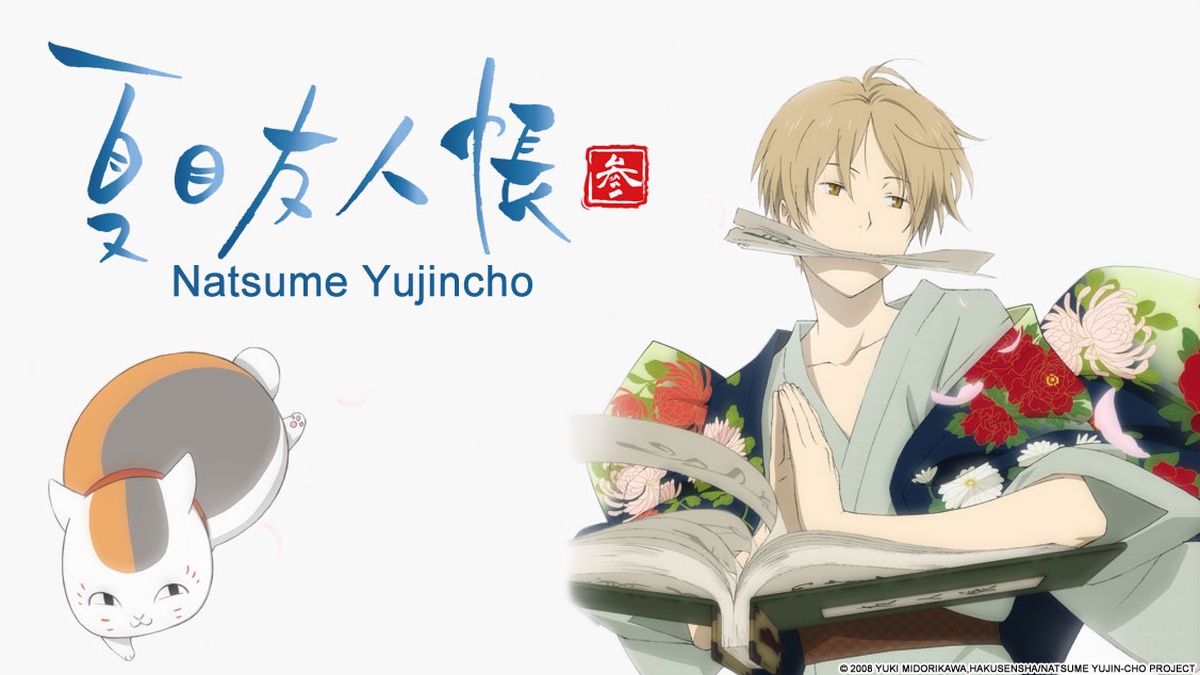 Takashi Natsume is a loner, but not by choice. He sees dead people. Or rather — persistent spirits who won’t leave him the hell alone. Adapted from Yuki Midorikawa’s ongoing manga series, Natsume Yujin-Cho is another episodic series focused on one main character and a small supporting cast. But how do you tell a slice-of-life story with a character so skeptical of intimacy? Thankfully, his grandmother, Reiko, kept a “Book of Friends” — aka a supernatural, pen and paper friends list to keep him busy.

The holidays can be a lonely time for some, and loneliness, too, is a recurring problem for Natsume. Rather than putting its protagonist in the spotlight, this series spins its unwilling hero into an opportunity to showcase everyday people’s relationship with folklore, religion, and the past. Like a more mature serialized GeGeGe no Kitaro, Natsume is a wholesome story about a boy learning to empathize with yōkai and humans alike. Cozy up under the covers and keep company with this series if you don’t mind the occasional ghostly chill. 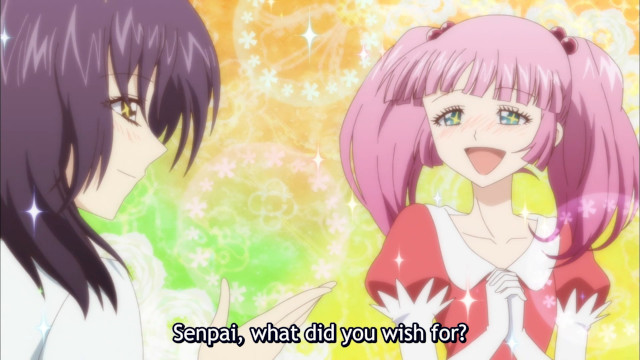 Middle school is an awkward time to make new friends, especially if you don’t particularly stick out. At first glance, YuruYuri seems like any other slice-of-life school comedy with cute girls doing cute things. But beneath that veneer is a cast of characters constantly defying social expectations, acting rowdy, and being as inappropriate as anyone else was back in their adolescent school days. This is less slice-of-life and more of a pie-of-life thrown in your face.

YuruYuri is a series that takes its gags and running jokes very seriously. This doesn’t necessarily make its cast seem flat or two-dimensional — in fact, most of the humor derives from the girls not acting their age. While your mileage may vary, YuruYuri's love for callbacks, comedic timing, and of course, the yuri genre itself, is hard not to admire. Fans of slice-of-life series like K-On! and Genshiken should definitely check this one out. The YuruYuri manga by author Namori began serialization in 2008 has been on hiatus since 2011, but if you still can't get enough of taking it easy, plenty of YuruYuri OVA and web specials are on standby. 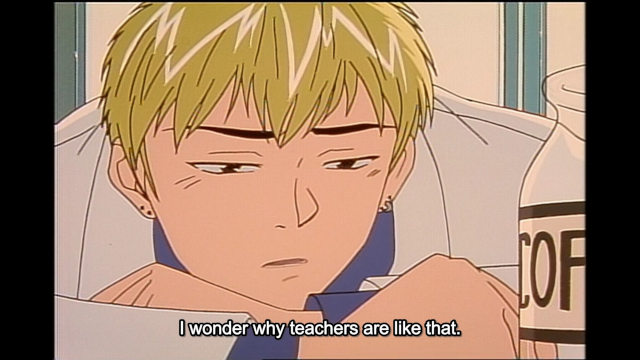 GTO - The Animation is definitely from another time — a time where you definitely didn’t portray controversial subjects in a high school setting. Eikichi Onizuka is a former-gangster-turned-teacher who takes his student’s troubles to heart … even if that means resorting to less than sane solutions. Onizuka’s (albeit misguided) mission to marry one of his students becomes an afterthought once he becomes a full-time teacher hired to wrangle delinquents, drop-outs, and dastardly teens. Although the trope of “cool teacher reforms his classroom” is cliche today, Great Teacher Onizuka (GTO) is confident enough to take Onizuka out of class to battle his own personal demons. It dares us not to literally wonder what a “great teacher” is, but what makes a great man who learns from his mistakes.

As a heavily character-driven show, GTO doesn’t have the privilege of treating its homeroom students like disposable monsters-of-the-week. From an adult’s perspective, it provides a robust, humanized portrayal of those working in education. From anyone younger, it definitely fulfills the fantasy of high school being a much cooler place. That’s not the only thing that makes GTO notable — it inadvertently launched a genre of live-action dramas (including an adaptation) about edgy teachers and their bad apples. Most importantly, GTO never loses sight of Onizuka himself. Despite being a seemingly standard “high school anime,” over its 43 episodes, GTO clearly becomes a story about the existential crisis of being in your 20s. What happens to these kids after they graduate? Is there such a thing as being too rebellious? If you’re feeling nostalgic or want to emulate hearing your weird uncle’s old stories, please take a seat and let charismatic Mr. Onizuka instruct you in life lessons you never knew existed. 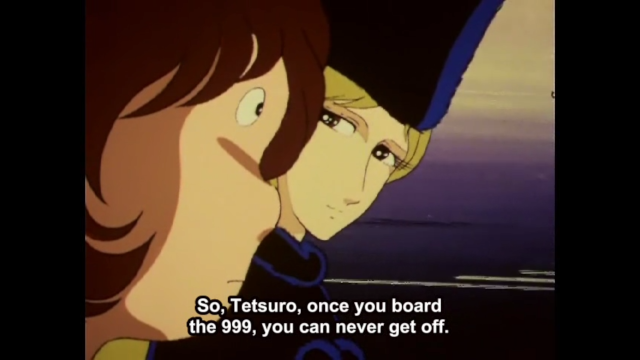 And remember, take it easy! Let us know what you're planning to watch this year ~

Blake P. is a weekly columnist for Crunchyroll Features. His twitter is @_dispossessed. His bylines include Fanbyte, VRV, Unwinnable, and more. There is no yuri bias here, nope.