A list of the year's greatest fight scenes as determined by fans! 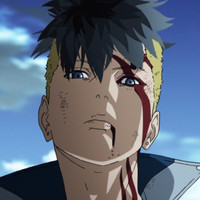 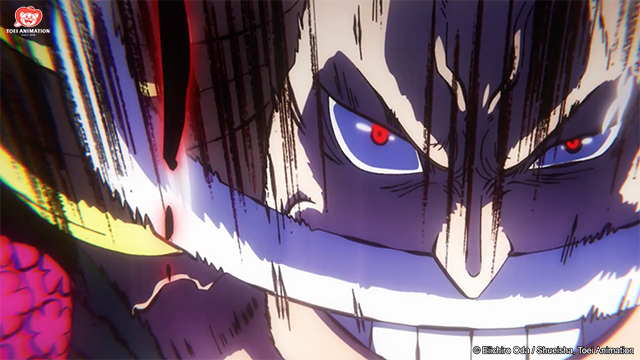 When writing an article reviewing any aspect of a medium in review, it’s hard not to come away with the impression that “this year was a good one” for whatever the subject of your piece may be, but nevertheless, I believe 2021 has treated us quite well when it comes to animated battles. Black Clover and JUJUTSU KAISEN’s respective climaxes, BORUTO’s manga arc, One Piece’s build toward the Onigashima conflict, and a ton of smaller offerings meant we had huge battles to look forward to every month! With that in mind, a Top 10 article covers nearly the entire year?

Much like this article’s companion pieces on 2021’s OPs and EDs, what follows is a list of the Top 10 fight scenes of 2021 as determined by viewership on the Crunchyroll Collection YouTube channel, weighted at 30 days so anime from earlier in the year don’t get an advantage and to balance flash-in-the-pan popularity vs iconic moments that will continue on in the fandom’s consciousness.

What follows is 2021’s top fight scenes as determined by YOU!

10. That Time I Got Reincarnated as a Slime - Hakuro vs Kyouya

I knew Tensura was gonna make it onto this list but gotta say I’m surprised this is the fight that did it. My money would have been on Shion delivering an entire knuckle submarine sandwich to the back of Clayman’s head. I suppose there is something to say for this fight being one of the first to finally break an excruciatingly slow build-up to the hotly anticipated Tempest counterattack and watching the slimey Kyoya, in particular, get torturously put down was a major shot of cathartic schadenfreude after watching his group sadistically set the stage for the attack on Tempest. Hakuro’s revenge collected 1M views in 30 days!

Kyoto Animation can do it all, delivering one of the best comedy slice-of-life series of the year that also has some truly spectacularly animated battles. After the insane “roughhousing” and dodgeball scenes from Season 1 we all knew to expect awesome fights in S. Although Tohru’s long-anticipated battle against Elma may have been the most destructive, it didn’t carry with it the same anticipation as the introduction of the new antagonist dragon Ilulu. Ilulu getting her house burnt down hit 1.2M views in 30 days!

Much like Tensura, I gotta say I’m surprised this is the fight that caught popular attention although Himiko has always been a fan favorite (are you all OK?) among MHA fans and one who hasn’t really gotten a proper fight. While I’m still not sure this exactly counts, this might be the single biggest body count created by a single attack in My Hero Academia up until this point and it was done copying the Quirk of a character firmly in the “support type” category. Himiko also awakening her Quirk is a big character moment so maybe it was that? Maybe it was just the title? The race between these next three was mega tight, with each hitting 1.3M views in days.

7. To Your Eternity - Fushi vs Oniguma

While To Your Eternity is unquestionably a masterpiece of fantasy and dramatic storytelling, I didn’t expect Yoshitoki Oima’s meditation upon mortality to make this list. Nevertheless, it seems Fushi’s battle as an immortal wolf vs the god bear Oniguma attracted interest for some reason. Although almost tragic in the manner in which the mighty bear is worn down by the relentless attacks of a wolf that instantly heals a variety of fatal wounds, Ryo Kawasaki’s amazing musical accompaniment deliver the impact of the scene as it irrevocably changes the course of fate for all who witness it.

Part three of my year in review article, and also part three of me talking about how great 2021 was for Black Clover, a series that was always fantastic but took a while to draw the attention that it deserved. When the power scale of the anime started increasing all the most important battles got tremendous fights which developed a strong visual language for Black Clover’s style of combat that some other battle anime never quite nail down. Yami is one of those characters that always got the A+ treatment from his very first battle against Licht, so Asta stepping up to fight alongside the captain of the Black Bulls as an equal was a huge moment that got a huge episode-long battle that blew out the choreography from the manga and displayed Asta growing from a liability in the early battle to the key to victory at the very end. If anything, this should be higher.

Seirei Gensouki: Spirit Chronicles isn’t slacking in the fight department but something about his first battle definitely stands out. A small child receiving a fantasy position that instantly downloads martial arts into his brain Matrix-style to embarrass a magically-boosted assassin is definitely up there in the embarrassing one-sided beatdown department. Since most of the first season was setting up major villains Rio will likely battle later on, this quick skirmish definitely stood out against his more muted conflicts building toward true action of the story (although him fighting his own imaginary girlfriend was also pretty funny). Rio beating up this sorry guy got 1.4M views in 30 days!

I’m gonna level with you: I have watched every single isekai without exception for the past five years. This genre holds very few surprises for me, but TSUKIMICHI -Moonlit Fantasy- still found plenty of ways to charm me. Maybe it was nostalgia from the Tenchi Muyo! energy of the two disasters Tomoe and Mio or the Tensura-esque homeliness of Makoto’s monster village led by the ultra-charming Saori Hayami-voiced Emma. The series threw me a curveball when it became a fantasy mercantile adventure and then ANOTHER curveball when it suddenly busted out this insane fight scene in the final episode featuring Makoto dropping the proverbial weights to deliver an attack so devastating the collateral damage destroyed an entire demon army I’m not entirely certain he was even aware was present. Definitely looking forward to Season 2. Makoto grabbed 1.5M views in 30 days!

My fellow Fushiguro fans, it’s our year. Although the second half of JUJUTSU KAISEN included Itadori and Todo exchanging supernatural high fives while doing battle with a flower monster and what can only be described as an anime music video of Itadori and Nobara going back to back against Kechizu and Eso, Fushiguro’s battle against the special grade curse took the top spot for this series this year. Sukuna knew all along Fushiguro was destined for greatness and seeing Megumi test himself by expanding his shikigami summoning powers into a giant inky pool of nightmare beasts was an awesome moment that promises some stellar fights in the future. The numbers start ramping up from here with Fushiguro collecting 2.7M views in 30 days!

2. One Piece - Roger vs Whitebeard

The Wano arc has been a revelation for One Piece fans. The series has been accelerating upward the past few years with a noticeable uptick in quality over the course of Whole Cake that also introduced a number of novel art styles — Wano came in with a whole visual overhaul and countless indulgent battle cuts during the early skirmishes of the arc. Oden’s backstory turned this up to 11, and rightly so, as it featured two of the world's greatest pirates in their prime. Although not a conclusive battle, One Piece had to show the titanic collision of power that was Roger and Whitebeard simply crossing weapons to let us all know what the power ceiling of the Grand Line really looks like. This titanic clash hit 5.3M views in 30 days!

BORUTO was a shoo-in for best battle of the year, 2021 being maybe the best year of a franchise that indisputably delivers the best battles of its genre. In fact, if I didn’t limit this list to one fight per IP, 9 out of the top 10 would all be BORUTO. One might expect the excellent hand-to-hand battle between Baryon Mode Naruto and Otsutsuki Isshiki to stand head and shoulders above all others. Nay. While I personally believe that will be the more enduring battle, it’s Kawaki vs Garo that takes the top prize, and y’know what? Good. This episode dropped to triumphantly kick off the BORUTO anime’s return to the manga storyline with a movie-quality episode featuring Kawaki showing us what karma can really do climaxing with one of the most merciless executions the Naruto franchise has ever seen. Kawaki’s entrance into the BORUTO universe scored 5.7M views in 30 days!

Those were the best battles of 2021 according to you and, consequently, the last of this series of Top 10 lists for the year. Next year is looking bright with Onigashima having made its way to the roof, more BORUTO manga content on the horizon, and Demon Slayer: Kimetsu no Yaiba Entertainment District Arc heating up! Not to mention new titles like Chainsaw Man and SPY x FAMILY and returning champions such as Attack on Titan promising some beautifully animated battles!

That does it for 2021. Hope to see you all at the same time next year.