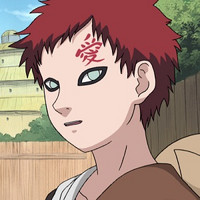 I came to Naruto fandom late in life, only beginning an odyssey that spanned some two years and 720 episodes — 220 episodes of the original series, plus another 500 episodes of Naruto Shippuden — when prompted by my friends and co-workers with The Great Crunchyroll Naruto Rewatch project.

Along the way, I met characters that I grew to know and love. I welcomed Naruto and company into my heart each week, but while many of these characters left a deep impression on me as they struggled to survive and thrive within the war-torn world created by Masashi Kishimoto's manga and its anime adaptations, no other character spoke to me quite like Gaara of the Village Hidden in the Sand.

With his tired eyes, blank expression, and the Kanji character for “love” carved in red on his forehead, I was fascinated by what Gaara represented from the very beginning. I even dubbed him with the affectionate nickname of “precious murder cinnamon roll” on account of the irony he presented: an untouchable, heartless assassin who at the same time radiated extreme emotional vulnerability. 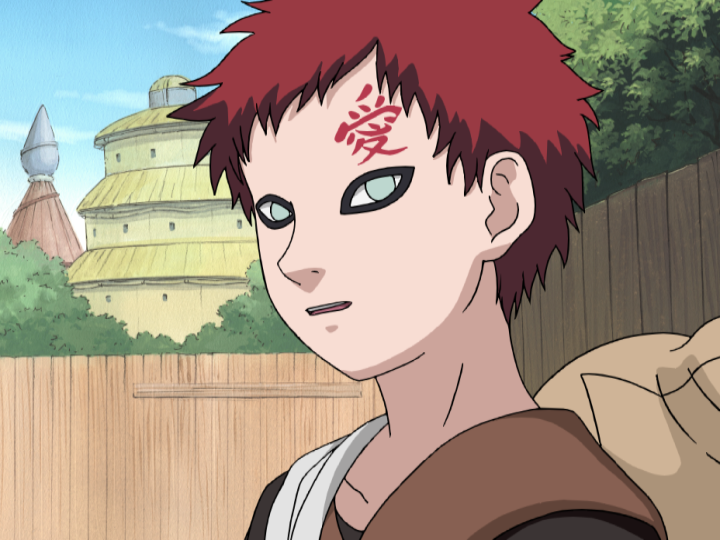 In retrospect, I realize Gaara is one of the most important characters in all of Naruto. When viewed as a whole, Naruto focuses on the journey of the titular protagonist, Naruto Uzumaki, in his efforts to win the recognition of his community and to change the world for the better. Expanding outward from this central viewpoint, the story of Naruto spans dozens of characters and multiple generations, ultimately weaving a tale of grief, trauma, hope, and reconciliation with a degree of nuance and emotional complexity that sets the series a cut above your average work aimed at young adults. Even more than Naruto's best friend/bitterest rival, Sasuke Uchiha, Gaara is Naruto's reflection. Gaara's growth as a character over the course of the anime underscores the themes that Kishimoto explores in the work. 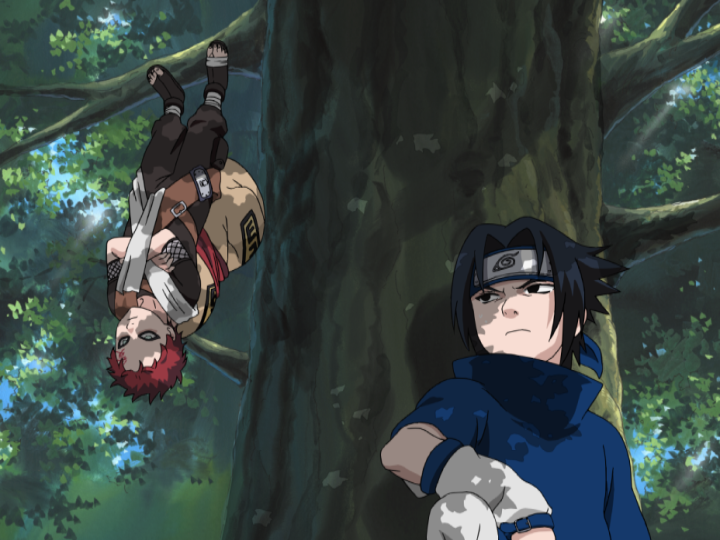 In many ways, Naruto is an inversion of how shinobi — secretive martial arts practitioners who engage in espionage and assassination — are portrayed in Japanese pop culture. In earlier works such as the Shinobi no Mono films, the degree to which ninja can conquer their innate sense of human empathy is seen as an exemplary, aspirational quality for a ninja. Shinobi are supposed to be cold, emotionless, ruthless killers, capable of betraying even their comrades to grisly death for the sake of accomplishing their goals. But in Kishimoto's creation, this level of ruthlessness and calculation marks characters as the most heinous of villains. The better the ninja, the worse the human being. 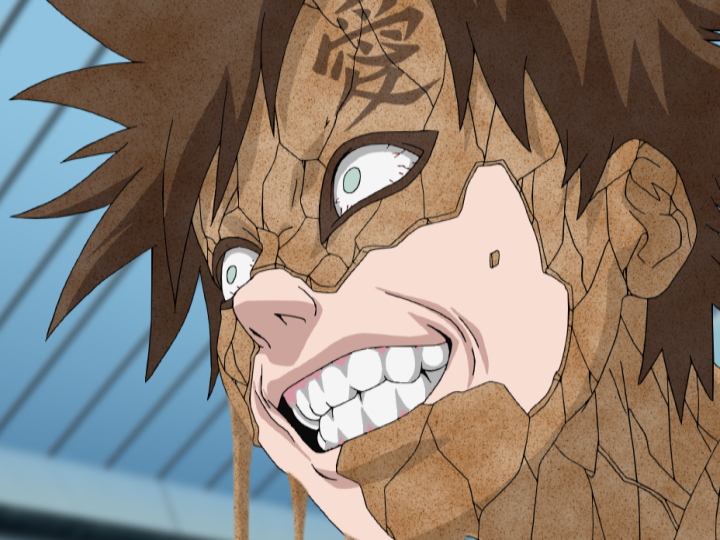 Gaara is one such villain when first we meet him — he nearly kills Rock Lee during the final rounds of the Chunin Exams despite there being no need for lethal violence in a tournament designed to test prospective shinobi for advancement. Gaara later tries to finish Lee off while Lee is hospitalized. In Gaara's mind, any powerful ninja is a threat to his safety, and such threats must be eliminated at all costs. As the series continues, we discover that Gaara's murderous impulses are the result of a childhood filled with trauma and betrayal.

Feared and reviled by his village for being the host of the Tailed Beast Shukaku, Gaara is treated as a living weapon and a failed experiment from the moment he is born. While he is still a small child, every person that is supposed to love and care for him — even his own father, the Fourth Kazekage — tries to deceive, manipulate, or murder Gaara out of fear of the power he wields. As a result, Gaara grows into an isolated, cold-blooded killer who views the entire world as out to get him — and he's not entirely wrong in this assessment. It is only when Gaara runs face-first (literally) into Naruto, another weaponized child with a similarly scorned and lonely upbringing, that Gaara's worldview begins to change. Through Naruto's example, Gaara learns that love is real and that fighting for the safety and happiness of other people is a worthy goal. 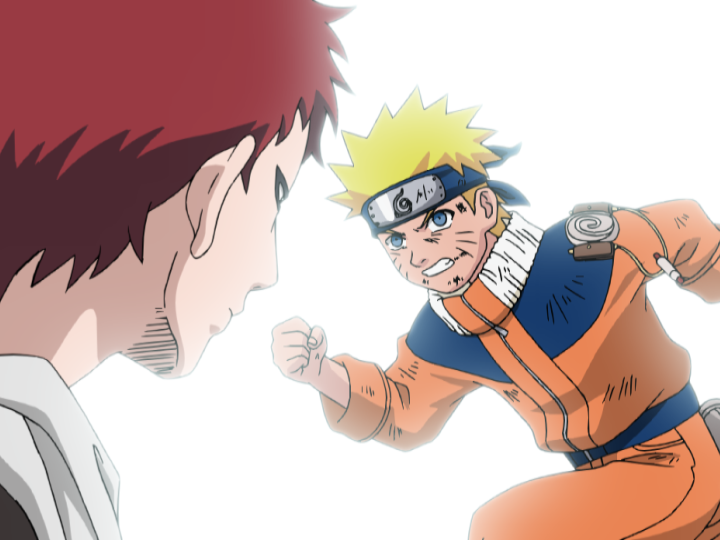 The next time we see Gaara, he’s inherited his deceased father’s role as Kazekage and is struggling to drag a hidebound and conservative nation into an unknown, frightening, but potentially better future. He begins to repair his relationships with the rest of his village, demonstrating through his actions to those that fear him that although his upbringing was monstrous, and although he was raised to be a weapon, he is no longer a monster. For his efforts, a splinter faction attempts to assassinate him. The Akatsuki, a band of powerful revolutionary ninja, infiltrate the Hidden Sand amid the ensuing chaos. Gaara attempts to fight them off but is captured in the process of shielding his village from Deidara's massive explosives. Through an arduous arcane ritual, the Akatsuki siphon all of Shukaku's chakra from his body, stripping Gaara of his status as a jinchuriki and killing him in the process. Once again, it is only through Naruto's intervention (as well as a forbidden reanimation jutsu performed by Chiyo) that Gaara is restored to life. For some heroes, the process of death and rebirth is symbolic, but in Gaara's case, it's also literal. 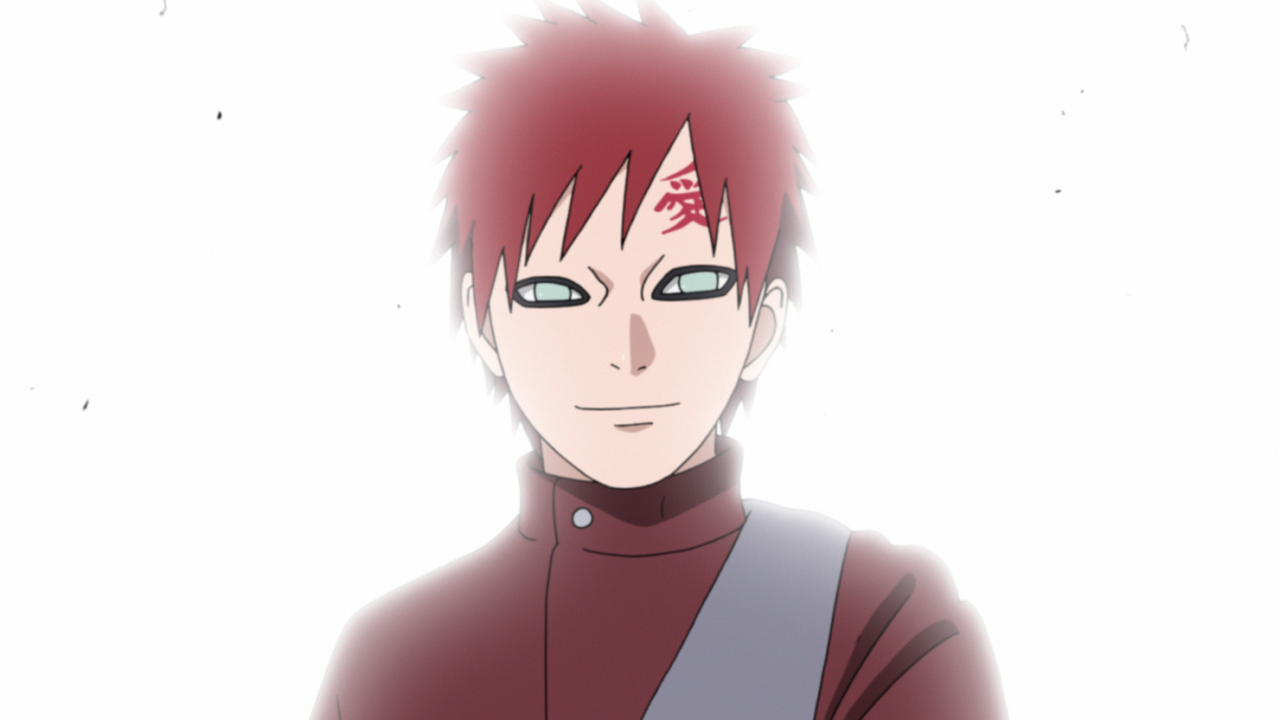 By the conclusion of Naruto Shippuden, Gaara is completely transformed. His concluding role in the main storyline is a major one: he undertakes the role as the primary field commander of the combined ninja armies of the Five Nations during the Fourth Great Ninja War. Like the friend that taught him so much about living, Gaara ultimately takes his great strength and projects it outward, bolstering morale and inspiring his subordinates to set aside their differences and fight with all of their ability for the common good of all. Through death and rebirth, Gaara has become a hero. It's a far cry from his initially murderous introduction, when his pain and isolation forced him to view every other person as a threat to be dealt with using the greatest possible force. 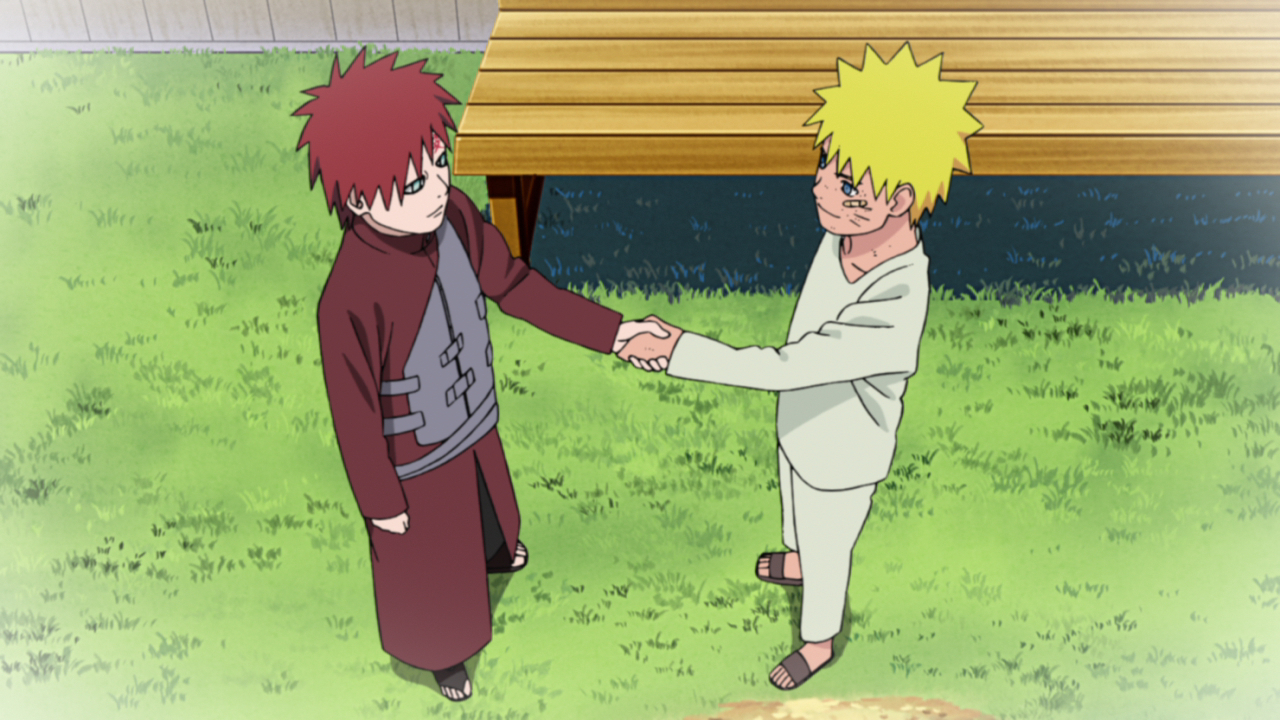 Not every villain deserves a redemption arc, but Gaara's gradual transformation from an isolated, alienated child soldier to a leader, compatriot, and friend is an extremely satisfying one. Despite its supernatural trappings, Naruto is ultimately a story about how it is a person's actions, not their upbringing, that defines them. It is a story about breaking free of the shackles of tragedy and trauma and forging a better, kinder world. Gaara is second only to Naruto in conveying these themes.