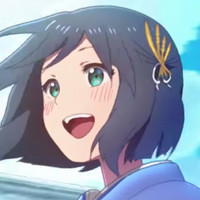 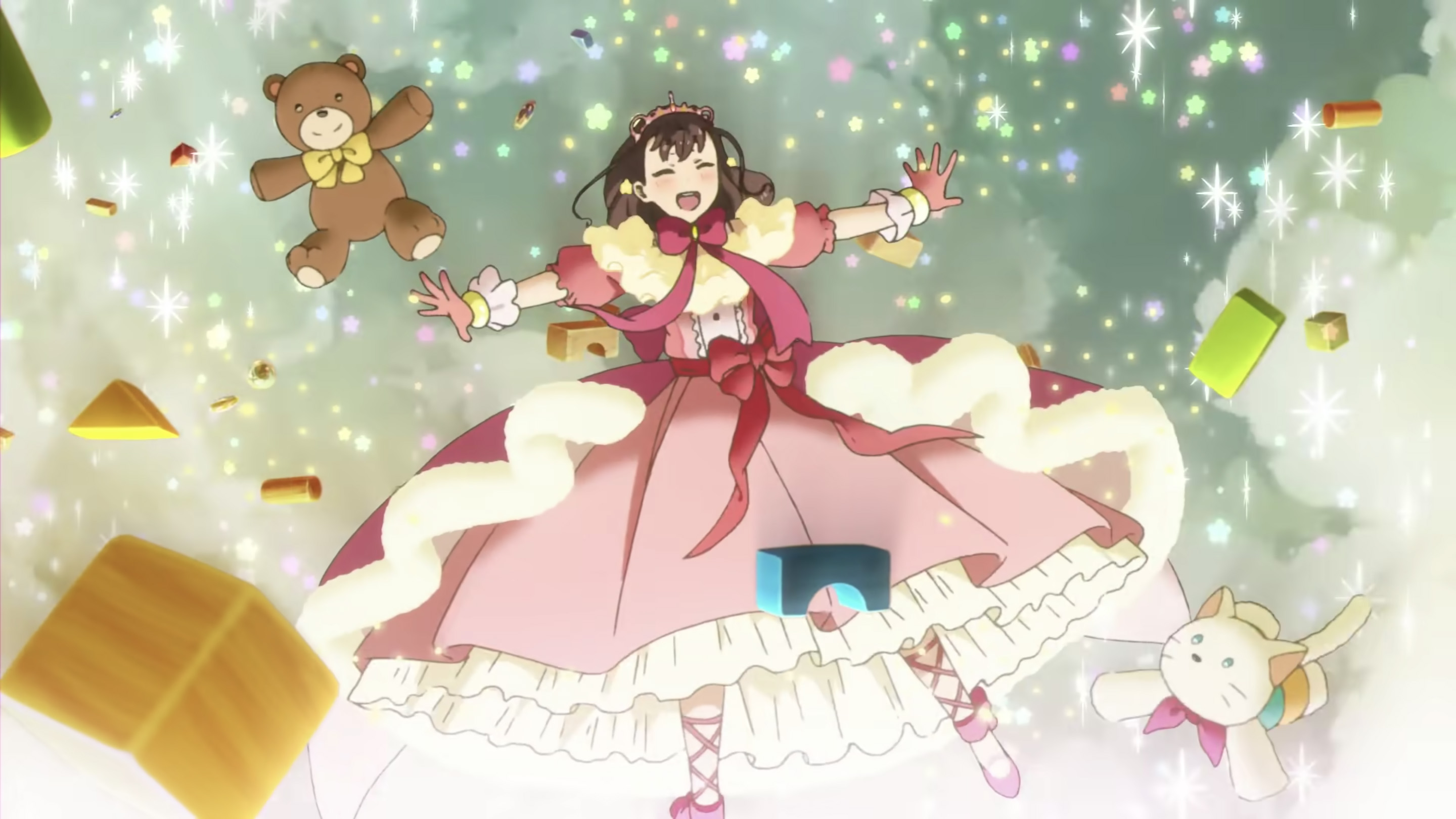 Since 2019, Kyoto Animation has had the world thrown against it, first with the arson attack in July 2019, then a pandemic (that is still ongoing!), and even recent scandals with a voice actor for their second-biggest franchise as it reaches its conclusion. But, through all these turbulent times, Kyoto Animation and its staff have stared down the pencil and continued to draw — creating some of their best work ever and letting the legacies of those who lost their lives continue in the newest works.

The Eras Of Kyoto Animation

It’s clear that when we look back at the history of Kyoto Animation in a decade, there will be four distinct eras: KyoAni’s early subcontractor era, where the main staff worked on productions led by other studios like Zillion, Inuyasha, and The Soultaker, the animation producer era, which gave us works such as Clannad, Lucky Star, and The Melancholy of Haruhi Suzumiya, the pre-arson Kyoto Animation IP-owned era, where KyoAni started adapting their own internal franchises such as Love, Chunibyo & Other Delusions and Violet Evergarden, and the post-arson era, which we are currently transitioning into.

The keyword there is “transitioning,” as the current output from Kyoto Animation continues to be the remnants of productions started before July 2019, with no new announcements since then–including any kind of start date for the Sound! Euphonium 3rd-years anime project. Even the Thanks Event I attended in November 2021 used the tagline “inspiration for the future” but continued to look to the past rather than toward any new anime productions.

The Violet Evergarden: Eternity and the Auto Memory Doll side-story film and sequel anime film were the first productions for the studio to release after the arson attack. Though it wasn’t too hard to get the side-story film out the door thanks to it being completed the day before the arson attack, the sequel film saw a delay as some of the core staff members, as well as materials in production, and the entire main studio building, perished in the fire. This didn’t deter the staff, who put their all into completing Violet’s story, finally premiering the film in September 2020, a little over a year after the arson attack.

Violet Evergarden: the Movie was hailed as one of the best anime films of all time, with stunning award-winning art direction from the late Mikiko Watanabe, who completed her work before the attack, and wonderful character animation that only Kyoto Animation can pull off with their in-house animators and teams. It seemed to be a comeback of the beloved studio, but in actuality, it was more of a swansong to pre-arson KyoAni, marking the end of an era for the studio.

During the production of Violet Evergarden: the Movie — right after the attack — studio heavyweights Naoko Yamada, best known as the director of A Silent Voice and K-ON!, and Haruka Fujita, who directed the Violet Evergarden side-story film, left Kyoto Animation. Shortly after, Violet Evergarden chief animation director and character designer Akiko Takase and prop designer/animation director Seiichi Akitake also left the studio, with their last credit being the sequel film and their names not being part of the full staff list at November’s Thanks Event.

It should be noted that Akiko Takase drew the cover and in-the-book illustrations for Kyoto Animation’s first fully in-house novel and 10th-anniversary work for the studio’s KA Esuma Bunko brand.

This left Kyoto Animation with a bit of talent vacuum for their next series, the second season of Miss Kobayashi’s Maid Dragon. Not only had the director of the first season, Yasuhiro Takemoto, passed away in the fire, but some of the work on the season burnt up during the pre-production stage, leaving Sound! Euphonium director Tatsuya Ishihara to fill some very big shoes with a much-less well-oiled team than Kyoto Animation was used to.

Due to the understandable production delays, as well as the upending of the TV broadcast landscape thanks to COVID-19, this left Miss Kobayashi’s Maid Dragon S to broadcast much later than expected for the studio — and likely pushing the production of the third year Sound! Euphonium project back as well. This was apparent with in-house Kyoto Animation key animators Yuki Tsunoda and Saeko Fujita being credited for working on Maid Dragon S after they had already turned up on TV anime series produced in Tokyo. Tsunoda worked on Sk8 the Infinity, while Fujita key animated parts of the second JUJUTSU KAISEN ending animation, both of which aired prior to Maid Dragon S. 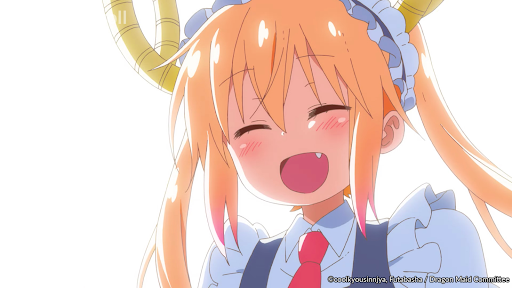 To help get the new staff on-boarded with the Kyoto Animation pipeline, the newbies were given the Mini-Dora shorts to work on while the rest of the team worked on the main series. For director Ishihara, the goal of Maid Dragon S wasn’t to venture out into new territory for Kyoto Animation but to “to keep the style of Miss Kobayashi’s Dragon Maid that the first anime series and the original work have,” he said in an interview with Crunchyroll News in 2021.

While that may have not been the goal of the director, Miss Kobayashi’s Maid Dragon S stands out among its peers as one of the best anime productions that year. The series may have had a few more new names on it — with some left uncredited, as is standard for Kyoto Animation for a new animator’s first year of working — but it was clean, without issues, and best of all, retained what made Maid Dragon great while expanding on the cast of characters.

Ishihara said in the same interview that “it is my role to take over and convey the ‘feelings’ of the staff from the previous season while directing this season,” and to his immense credit, he kept the spirit of Takemoto’s first season alive, while using the series to help train up new animators in different aspects of production. The Mini-Dora shorts were completely done by the new staff, which is why they lack a lot of credits.

But Maid Dragon S isn’t something new for the studio — neither are both volumes of Free!–the Final Stroke–, the two-part Free! anime film which is ending the long-running franchise, closing off another long chapter for Kyoto Animation. They’re both continuations of franchises past, which don’t get me wrong, I’m more than happy to see, but what is next for Kyoto Animation as it finally finishes its transition into the next phase for the studio? What will the next generation of Kyoto Animation anime look like?

Who knows? Truly. Unlike some Tokyo-based anime studios, Kyoto Animation keeps a tight lid on its productions and what is coming next. We know it’ll look amazing, the studio has been heavily invested in and has had to forcibly upgrade a lot of their equipment. Though some glimpses to the future of the studio were shown during Maid Dragon S — both the show itself and through two commercials that aired during the broadcast.

20 Seiki Denki Mokuroku, a light novel series published by Kyoto Animation’s KA Esuma Bunko imprint, was already announced to be getting an anime from the studio before the tragedy occurred. While we don’t know the current status of the production of it, or if anything was left after the arson attack, we did get a short commercial from KyoAni during the airing of Maid Dragon which was inspired by the novel. The commercial, titled “Meiji Edition,” shows what might become 20 Seiki Denki Mokuroku at some point in the future (which can be seen above).

But that commercial wasn’t the interesting one. That adjective is reserved for the second one released during the same broadcast “Imagination.”

“Imagination” was helmed by the youngest in the studio, the new cream of the crop. Those who have taken lessons through the Kyoto Animation Training School — which is currently running, even through COVID-19 — and moved onto the big leagues. While Maid Dragon S, Free!–the Final Stroke–, and “Meiji Edition'' are transitional pieces for KyoAni as it figures out where it stands in the world, “Imagination” is that first leap into a new era for the beloved studio with 20 Seiki Denki Mokuroku maybe being the first brand new post-arson work from Kyoto Animation.

Other known projects in the Kyoto Animation pipeline are the previously mentioned Sound! Euphonium third years project, which focuses on Kumiko in her third year at Kitauji, the second Free!–the Final Stroke– anime film, and a Tsurune film, though details on whether or not it’ll be a wholly new work have yet to be confirmed.

As Maid Dragon S has shown, despite working without those who have left Kyoto Animation, whether, through the tragedy or their own volition, the studio continues to remain in good hands, with some talented stars waiting for their time to shine in KyoAni’s next era. Whatever comes next, we’ll eagerly await seeing our future creators at work. 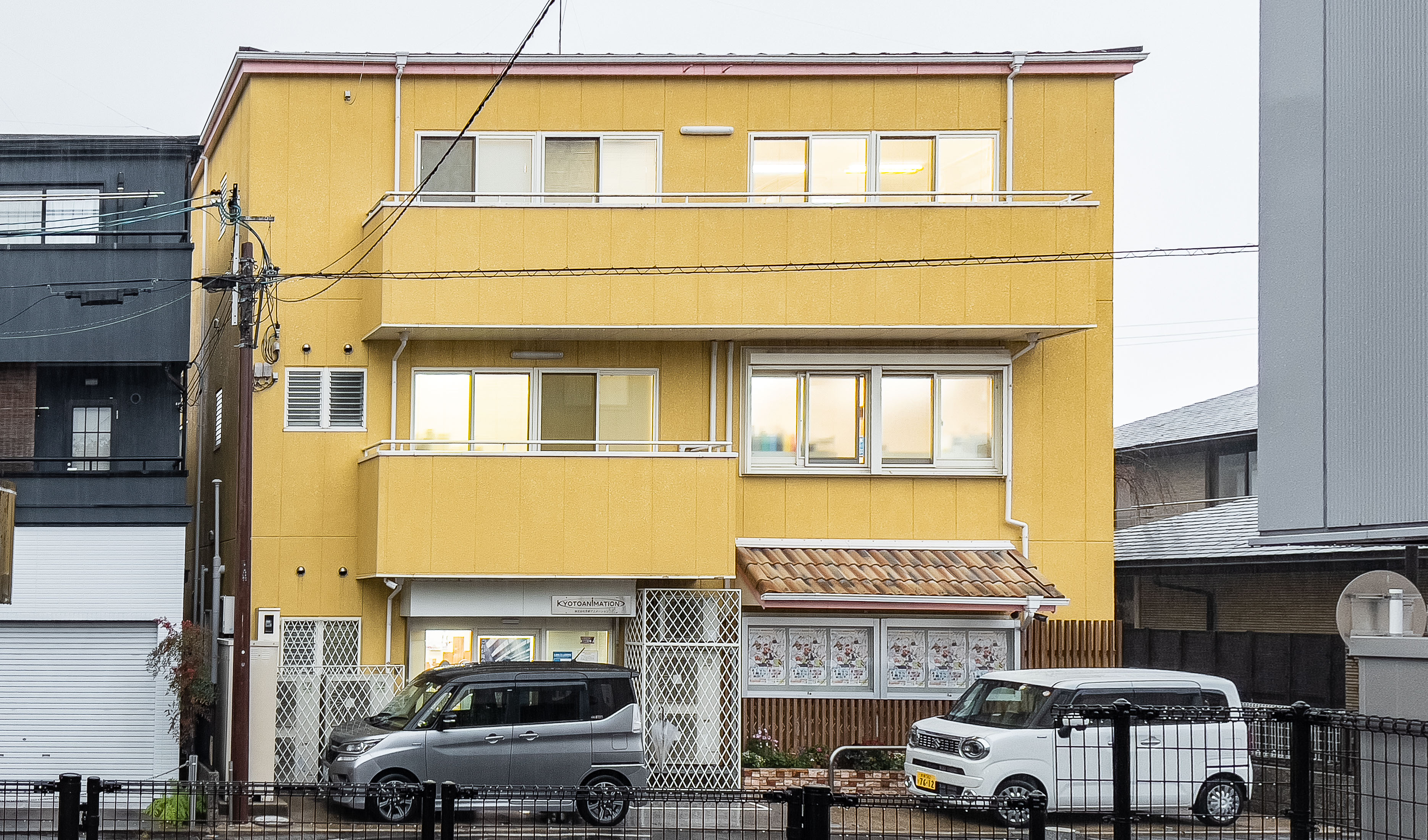 Daryl Harding is a Japan Correspondent for Crunchyroll News. He also runs a YouTube channel about Japan stuff called TheDoctorDazza, tweets at @DoctorDazza, and posts photos of his travels around Japan on Instagram.