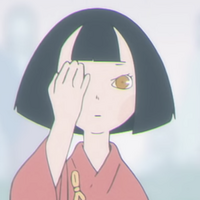 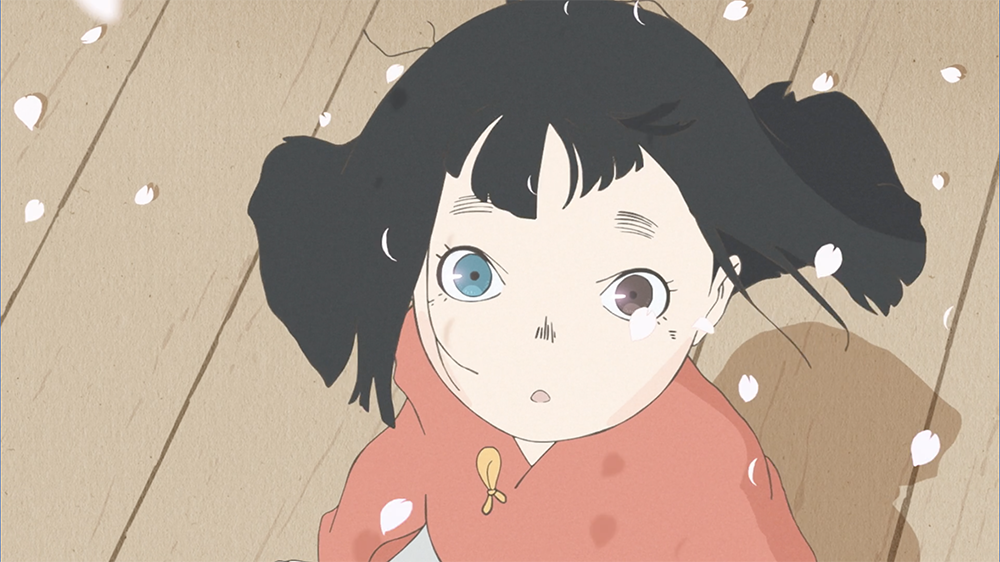 The Heike Story is an anime adaptation of a novel by Hideo Furukawa, which is a modernized version of a Japanese medieval literary epic (The Tale of the Heike), which itself is a fictionalized retelling of the actual historical events surrounding the rise and fall of the Taira family around and during the Genpei War. The Tale of the Heike is huge both in its scope and in its cultural ubiquity, attempting to adapt it is no mean feat. But that's exactly what Naoko Yamada and her creative team at Science SARU did. After a surprise announcement last September, the series aired its 11 episodes throughout the fall season.

There is a lot to be said about the direction, animation, and storytelling of the series, but today we will be focusing on the music. Naoko Yamada's frequent collaborator Kensuke Ushio composed the soundtrack for the series, and his talents not only complement the visual and narrative elements of the series, but elevate them. Ushio is a bit of an anomoly in the anime music space — it's uncommon for composers to have the same sort of collaborative influence on the story and core concepts of a production in the way that he has done.

In A Silent Voice and Liz and the Blue Bird, he worked closely with Yamada to create worlds of sound that brought the audience into a tight close-up with the characters' internal worlds. With The Heike Story, the scope is much wider, but no less intimate. We had the pleasure of talking with Ushio about his work on the series, the difficulty of incorporating traditional Japanese instruments with contemporary synths, and his goal to foster empathy for the characters of The Heike Story.

The Heike Story is streaming on Funimation. You can listen to the soundtrack on Spotify here. 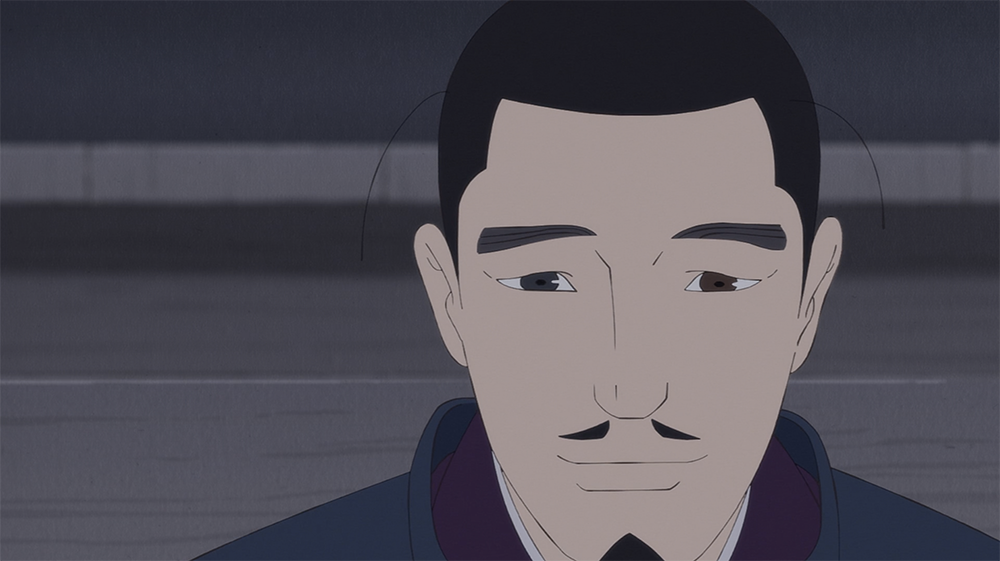 Crunchyroll: Could you talk a bit about how you became involved in The Heike Story project?

Kensuke Ushio: Director [Naoko] Yamada and Producer Eunyoung [Choi] reached out to me. It was an honor.

Can you give us a brief overview of The Heike Story? What makes the series special?

Ushio: The Tale of the Heike is a war chronicle that is thought to have been created in the 12th century. It depicts the glory and fall of the Heike, which was a warrior family that boasted great prosperity. The tale was not written down but was instead passed on orally by biwa houshi (minstrels who played the biwa, like the protagonist Biwa). It’s a literary work of destruction that depicts a clan falling to ruin. The beauty and fleeting nature of that are very fascinating.

How would you describe the soundtrack for The Heike Story?

Ushio: Rather than a historical piece, it’s more something that depicts the people who lived within that history. It’s not a portrayal of chronologies and war heroes, but instead, something that gets close to the individual people who laughed, got angry, grieved, and cried. Because of that, besides using historical instruments, I also composed a lot of modern music.

What was your experience working with Naoko Yamada on this production like?

Ushio: It was very stimulating. Perhaps because the music we’ve listened to and the culture we’ve passed through were similar, it is a very happy thing to get to look in the same direction and take on this challenge.

Your past collaborations with Naoko Yamada were shaped by certain concepts you both agreed on. In A Silent Voice it was “a shape of light” and in Liz and the Blue Bird it was “joint/disjoint” and “decalcomania.'' Did you have a similar concept for the music of The Heike Story?

Ushio: There is, of course, a concept to the music, but the thinking was a little different from previous projects. The previous projects focused on one or two people, so it was possible to construct a universal concept that ran through everything. However, this time the focus was on the scale of families and clans, and over a period of years no less. With so much going on, the concept becomes more abstract and more of a greatest common denominator situation. To explain the concept in concrete terms would produce misunderstandings and be very dangerous, so I will avoid doing so. But I will say that the approach was a new challenge that was different from everything I’d done before.

How did it feel to compose music for an adaptation of The Tale of the Heike, a story with such cultural and historical significance?

Ushio: I tried not to focus too much on the fact that this is a culturally and historically important tale. I thought about how to get close to the feelings of the people who actually lived in that time.

On the other hand, the track “requiem phase” for example uses Sanjuusangen-dou, a temple that Taira no Kiyomori and Emperor Go-Shirakawa actually built, as a motif, and it employs elements of Heike recitation (The Tale of the Heike as biwa houshi would perform it) and tunes that incorporate the timbre of the biwa. So there’s a balance. 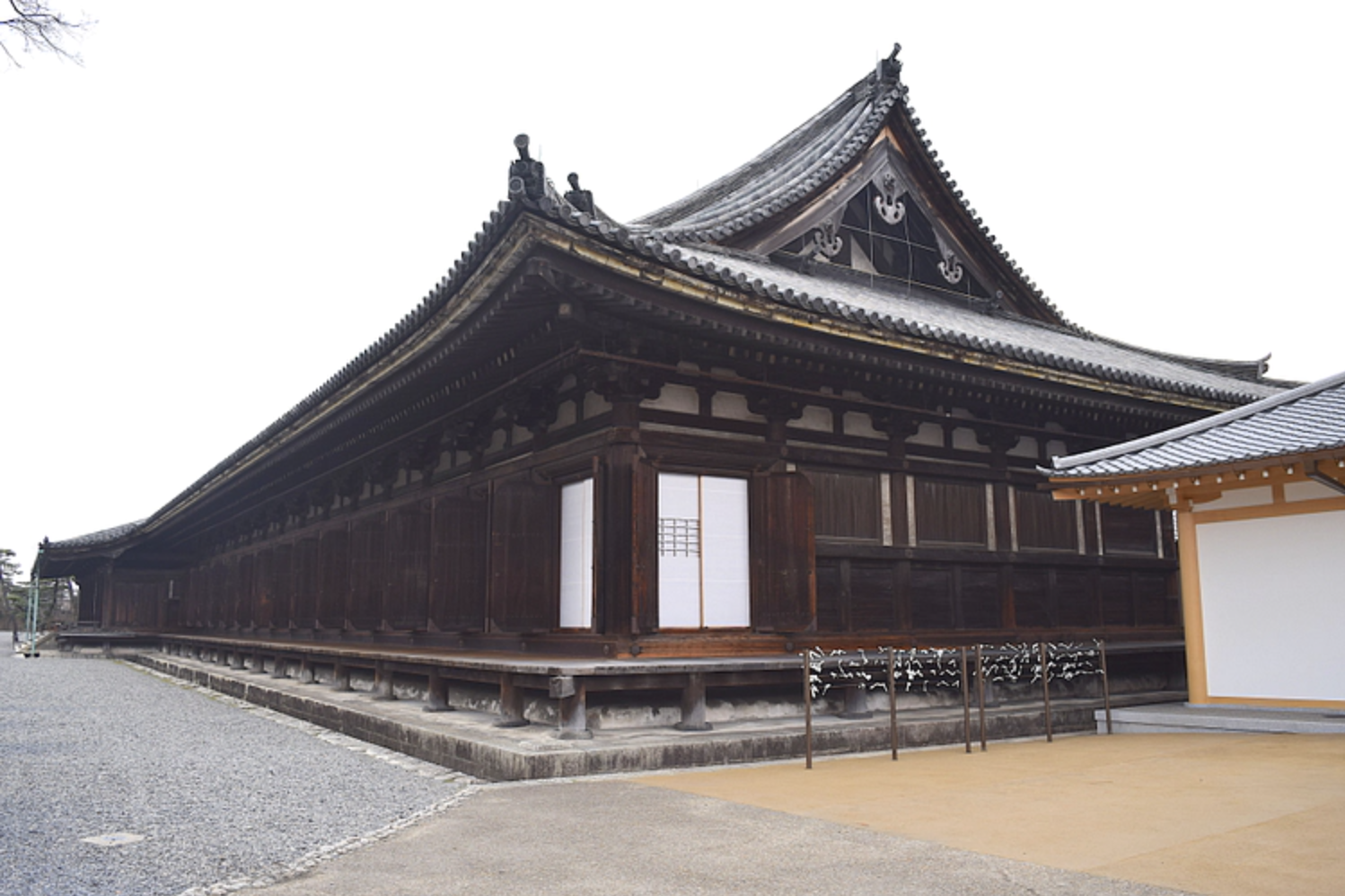 The Heike Story is made up of very quiet moments of interpersonal intimacy but also huge, wide-spanning historical events. What was it like straddling these two extremes in the soundtrack?

Ushio: This might relate to Question 6, but there were two extremes: melodies that nestle up to the individual characters’ emotions; and Heike recitations and major themes. I feel that the end result is a soundtrack that fills in the gradation between those two opposite poles. And sure enough, the timbre of the biwa became a major bridge in depicting that gradation. In some instances, the biwa is part of an orchestra, and in others, the biwa accompanies piano and synthesizer. That’s the sort of soundtrack I developed.

The story of the Heike family takes place in the 12th century but your soundtrack makes use of both traditional and contemporary instruments and sounds. How did you decide to bring in anachronistic sounds?

Ushio: The trigger was trying to get close to each individual character. In Japan, The Tale of the Heike is material that even appears in textbooks, and it can be associated with rote memorization of things like dates. My intention to stick to the question of how the actual, flesh-and-blood people felt at the time rather than these historical events and mythological elements is what guided me to modern instruments. When Taira no Kiyomori embraces an ambition, the music should be New Wave, just like for all of you in the present, right? [laughter]

The soundtrack uses both Western musical scales and also traditional Japanese scales for a lot of the flute and biwa music. What was it like incorporating these two distinct musical modes?

Ushio: It was awfully difficult. As you point out, Japanese music does not operate within Western scales. And what’s more, the oral singing of The Tale of the Heike is in non-Western music. When creating a modern soundtrack, the use of Western scales is indispensable. Before development, I did experiments to import the sound of the biwa into Western scales, and I even had songs using that. But an actual Biwa performance can’t be reproduced with a computer, so it was a continuous process of trial and error, even after entering the development period. It was sort of like, “the note is between C and C#. Now what do I do?!” [laughter] 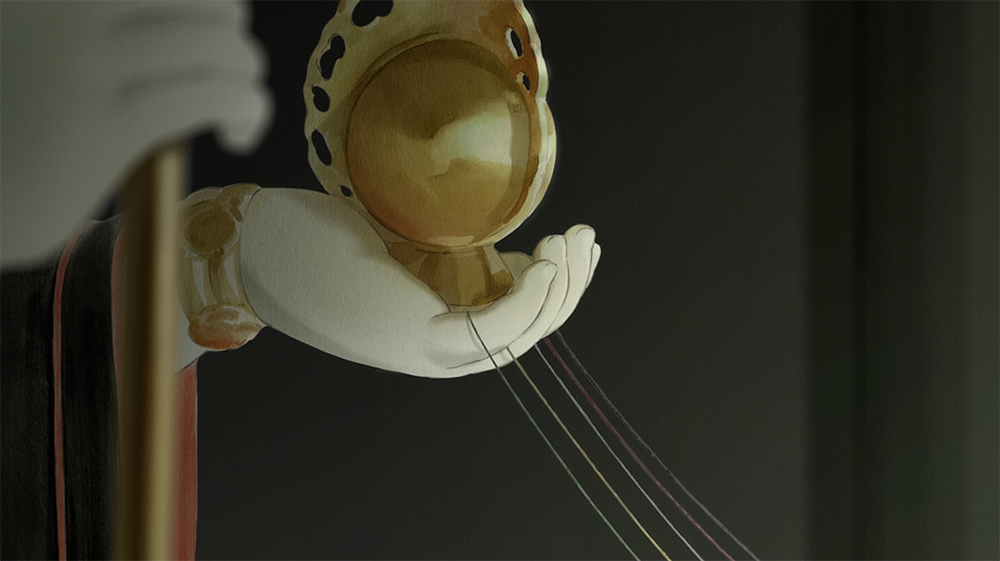 Ushio: I find it very, very difficult to discuss the ending theme (even in Japanese), so let me respond “no comment” just this once. Perhaps if we could speak directly!

All of the scores you have composed have been thoughtfully crafted with the themes of the story in mind. How have the themes of The Heike Story influenced the music in this score?

Ushio: To pinpoint concrete examples, I would say things like calming spirits or the vortexes that appear throughout the series. Sound patterns follow the “movements” associated with that imagery. Another example is the Sanjuusangen-dou I mentioned earlier. The architecture design of this real temple in Kyoto is that the minimal element of “a small square” is stacks and builds to form the complex moiré of the building as a whole. I employed this idea as an element of minimal music. In this way, I incorporated concepts from the series as a whole as specific musical elements.

Is there a thought or a feeling you hope audiences will take with them after they watch The Heike Story and hear your score? 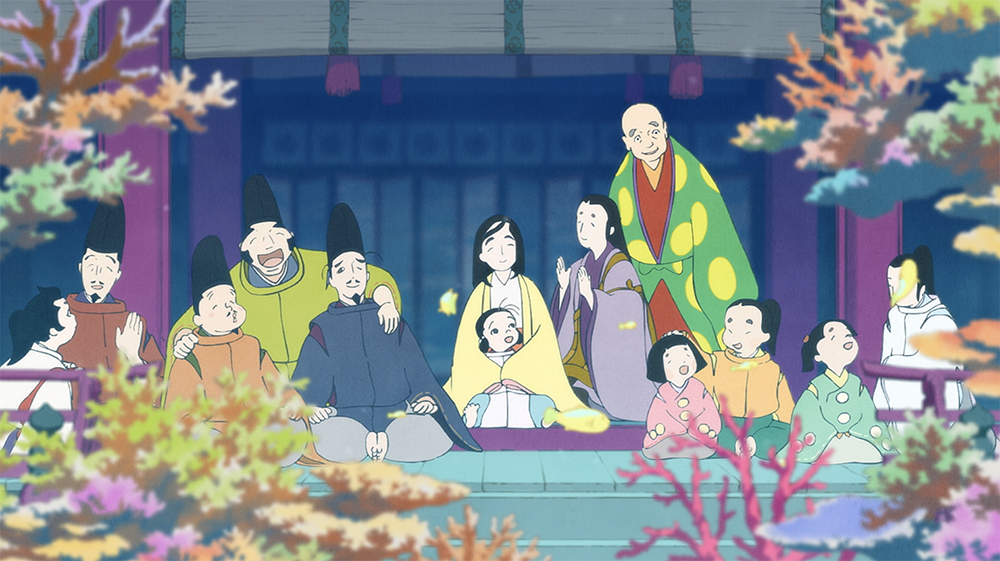