FEATURE: Everything You Need To Know About Attack on Titan Final Season’s Latest Reveals!

We break down the "Paths," Eren's plans and more! 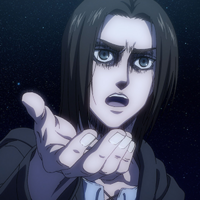 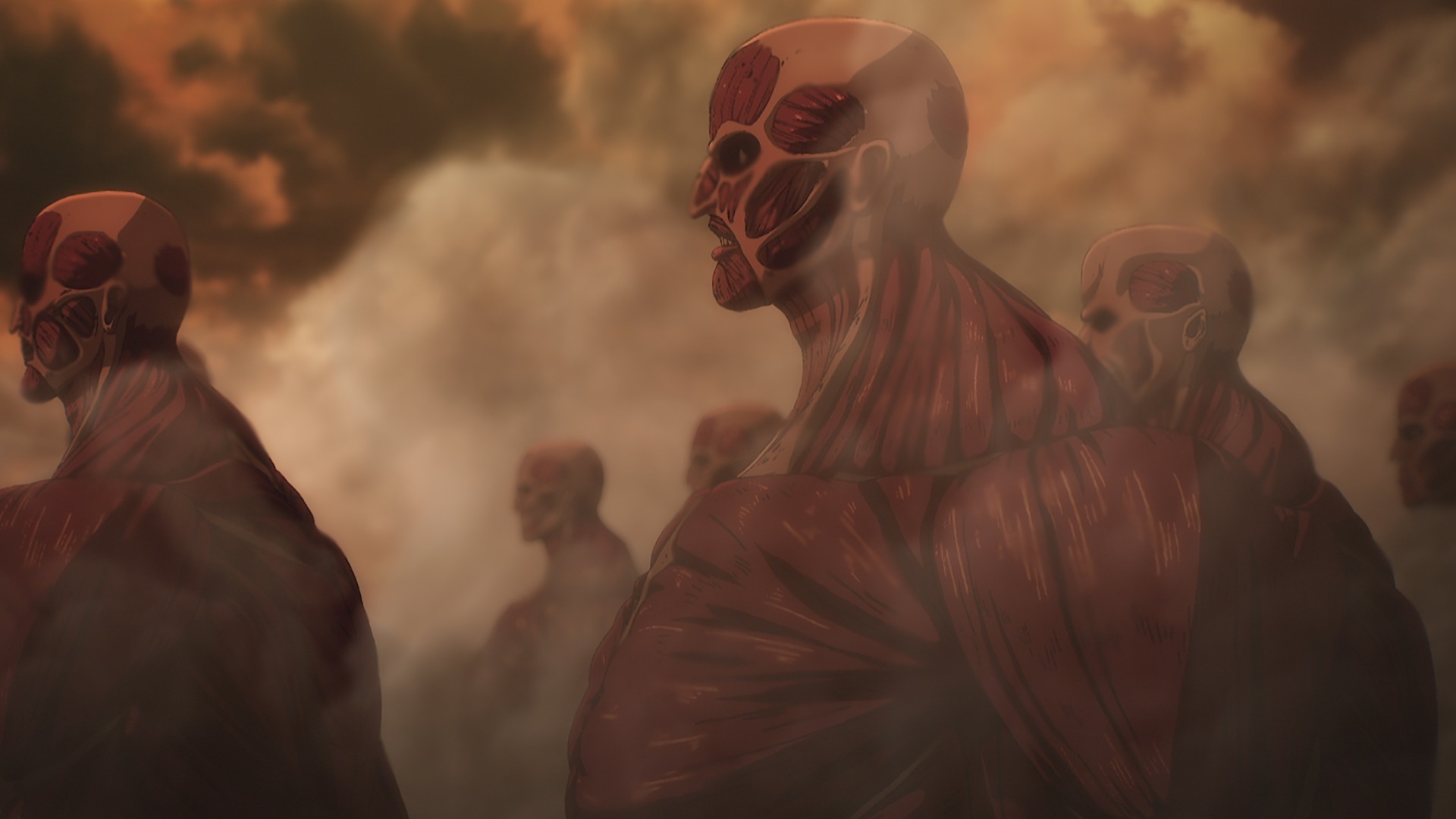 NOTE: The following article contains spoilers for Attack on Titan up to and including Final Season Part 2. PLEASE watch the show if you want to avoid any spoilers.

Attack on Titan is approaching its finale and the story has finally laid all of its cards on the table leading up to the rumbling. With everything that’s happened, and how much the story and characters have changed since the beginning, it’s worth stepping back and making sure that we’re all on the same page.

So what exactly is going on in Attack on Titan lately? What is that desert and glowing tree-like thing? Whose plan is the main cast even trying to stop or advance at this point? And how did we even get here from “The Colossal Titan appears and kicks down the gate into Shiganshina”?

Read on to catch up on the story’s lore and some important points before getting into the show’s final battle! 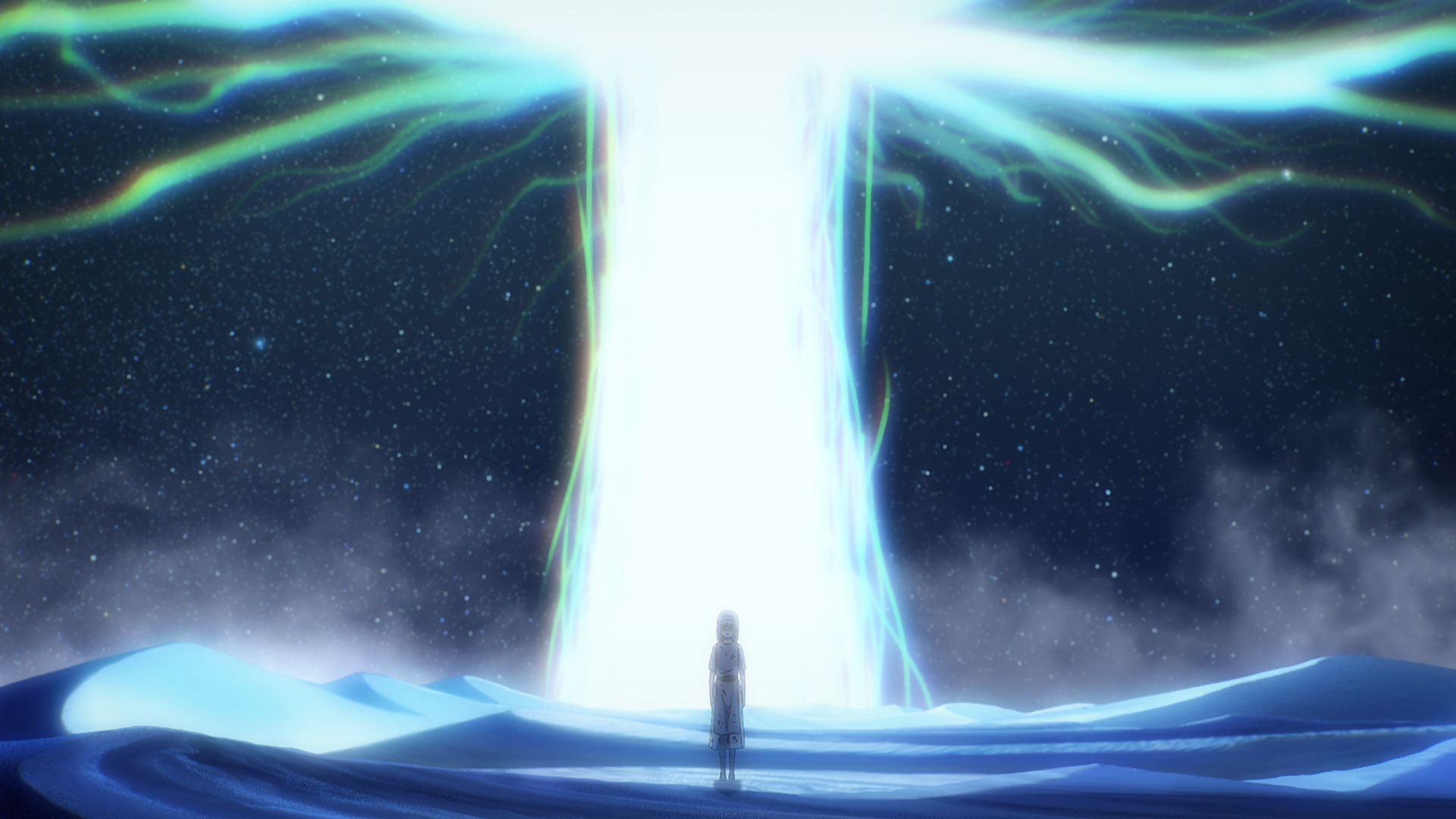 “The Paths” is one of the most important concepts brought up in the later parts of Attack on Titan. Originally, they were mentioned in Season 2 with “every path leads back to the Coordinate.” While we see there’s clearly some kind of power at play, more focus is given to the surprise that Eren either is or has the Coordinate, whatever it specifically is, and seems to be able to control Titans in some capacity.

Later on, we find out that through the “Paths,” the Founding Titan — another name for the Coordinate — is able to connect to every Eldian, Titan, or human. When Eren first taps into this power on purpose, it seems to allow him to access Titans’ memories. However, a further reveal between Zeke and Ksaver (the Beast Titan’s previous user) shows that by utilizing the “Paths,” the Founding Titan can rewrite Eldian biology, allowing the user to make all Eldians immune to disease or, as Zeke’s speculated, theoretically make them unable to have children.

More specifically, the “Paths” itself is the connection each Eldian has to the Founder, Ymir. Based on the flashback sequence in Episode 80, the first Paths only formed after Ymir died, and only when her children ate her flesh, specifically her spine. So while every modern Eldian is likely connected to Ymir, technically only those who have eaten her or one of the people connected to her should be a part of the “Paths.” 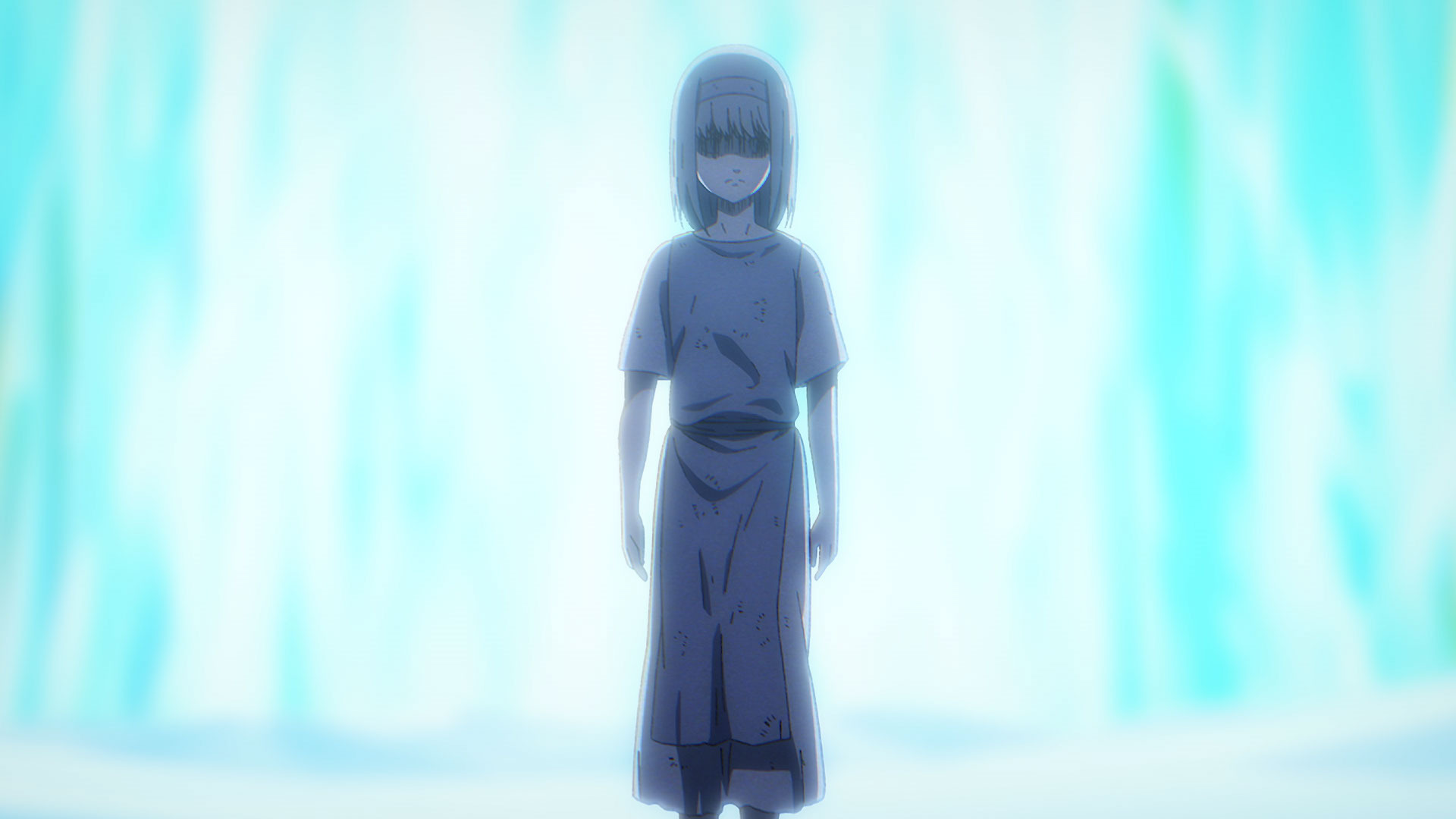 The Founder Ymir was first referenced back in Season 2 when we saw Ymir’s — the main cast’s fellow cadet, not the Founder — backstory. In what we now know as the nation of Marley, Ymir was being treated as the goddess of a cult. With better knowledge of the world, the cultists were likely Eldian Restorationists, however, that is not explicitly confirmed in the show.

After that point, we occasionally hear about The Founder of Titans and various lore tidbits, like Grisha saying that various atrocities Marley teaches Eldians about couldn’t have happened because the Founder wouldn’t want that, but nothing definitive past that. We know that each user of the intelligent Titans dies after 13 years at most due to Ymir having Titan powers for 13 years before dying, but nothing about the Founder herself.

In Final Season Part 2, we finally get her backstory in full: The Founder Ymir was a slave to the Fritz family that ruled the Eldia tribe and was in constant conflict with the Marley tribe. As punishment for letting a pig free, Fritz’s soldiers started hunting her down.

After coming into contact with an entity that could be anything from a god to a parasite, she gained the power to transform into a Titan, thus allowing the Eldians to conquer their enemies and develop or reshape the land as needed. During this time, Ymir gave birth to three of the king’s children, as well. When a soldier tried to launch a surprise attack on King Fritz, Ymir threw herself in front of him, dying from the injury. The king ordered their children to do whatever it took to inherit their mother’s powers, including eating her remains.

They succeeded, becoming the first “Paths” in Ymir’s desert of creation and starting the cycle of Titan inheritance that persists to Eren’s time.

Ymir herself makes each Titan and heals Eldians’ wounds by sculpting them out of sand and water in the desert. As Zeke originally stated, time in that world feels both like an instant and an eternity, so in the time it takes otherwise life-threatening injuries to heal when someone transforms into a Titan, Ymir toils away endlessly, a slave to every Eldian. 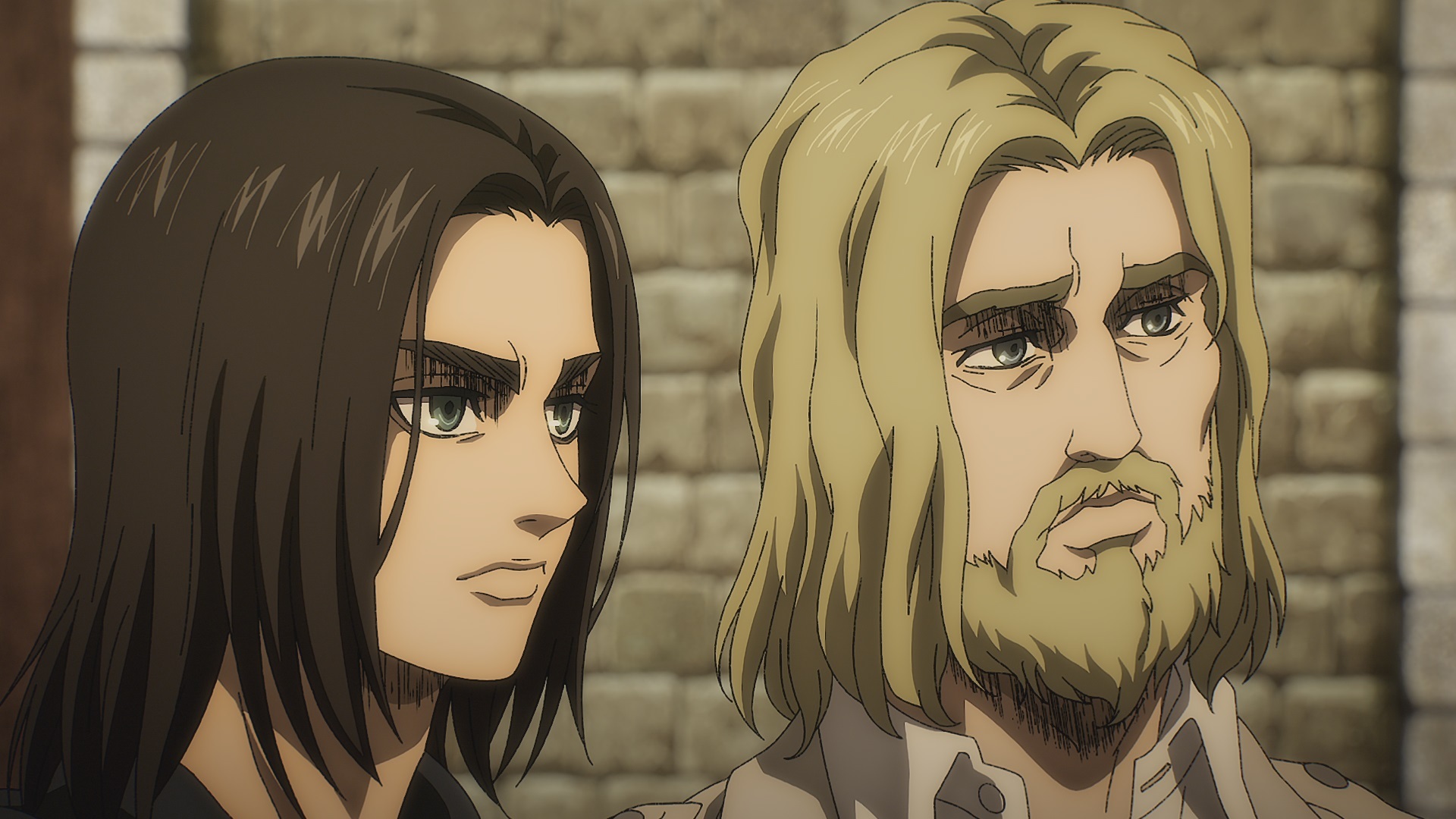 Across the ocean in Marley, Zeke and Ksaver realized that via the Paths, the Founding Titan’s power could change every Eldian’s biology instantly and simultaneously. Zeke himself is one of the few remaining Eldians with royal blood, so once he learned that Eren had the Founding Titan, he saw an opportunity.

Due to growing up in a Marleyan internment camp and witnessing both the cruelty and oppression Eldlians undergo daily, Zeke decided the best way to end all Eldians’ suffering was to make them unable to have children. That way, the Titans would no longer have any successors and both the age of the Titans and the Eldians’ oppression would end.

After talking through the plan with Eren, undercover as a wounded soldier in Marley at the time, they decided on a strategy: he and Eren meet on top of Wall Maria and touch to trigger the Founding Titan’s power under the guise of starting a small scale rumbling to scare off potential assaults on Paradis for the next few decades. 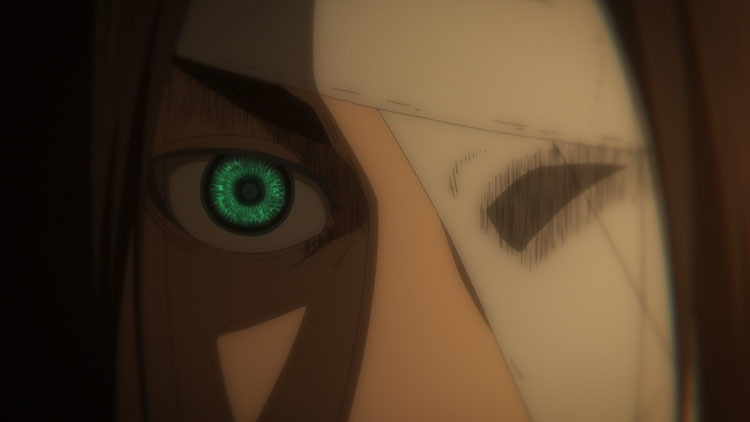 Once Eren revealed he wasn’t actually going to euthanize the Eldians, his true plan came to light. Through the Attack Titan, he was able to see the future to set up the events leading to Zeke and himself meeting Ymir. Unlike Zeke’s plan though, Eren wanted to free Ymir from her eternity of servitude by ending the current world so that she didn’t have to answer to anyone anymore; also making sure that everyone on Paradis would remain safe.

At the end of Season 3, Eren asked whether killing all of their enemies across the ocean would finally result in peace. As he began the rumbling, we learned that he decided it would and he would kill everyone else in the world in order for Paradis to finally be free and at peace. This also explains why the two didn’t touch and trigger Zeke’s plan while in Marley, as his plan still requires the Titans in Pardis’ walls to form his army, and by seeing the future, he could manipulate events in the present to ensure that Zeke couldn’t force him into activating his plan too early.

As the rumbling began, he seemed to activate a new kind of transformation. Rather than his normal Titan form, this change appears to be based on the creature that Ymir touched that originally gave her the power to transform into a Titan. In his new form, Eren leads the Colossal Titans of the rumbling across Paradis and toward the ocean to start his final war. 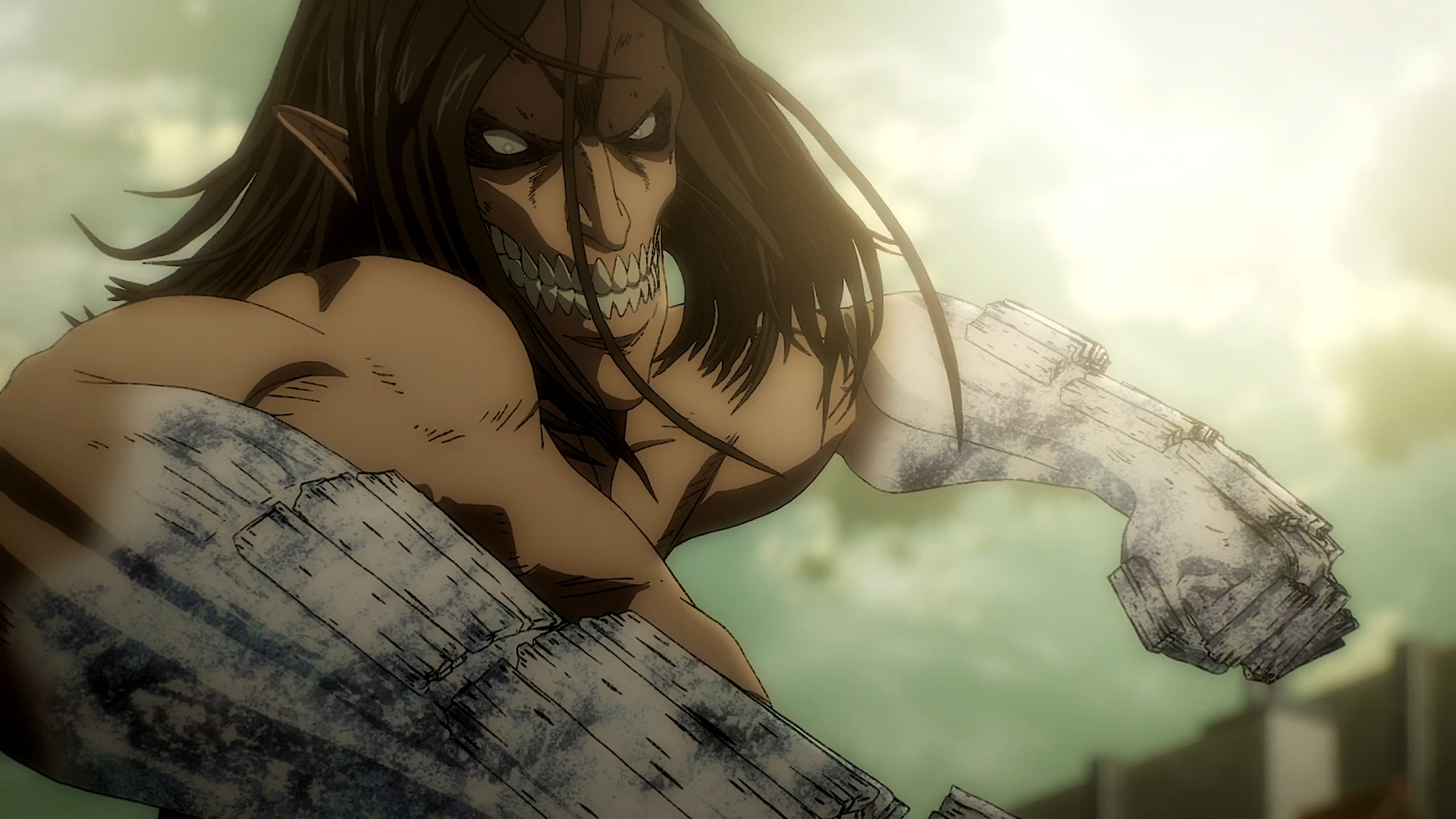 In the first season, we thought that Eren simply had the power of a random Titan, but managed to retain his intelligence and ability to transform through mysterious means. In the second and third seasons, we learned about more of the users and more details about Titan transformation.

By the time Eren meets the Founder and enacts his plan, he’s developed an arsenal of various Titan abilities on top of his training as a soldier and years of combat experience.

First and foremost, due to having the Founding Titan, he’s able to access the Coordinate and meet the Founder (provided he touches an Eldian or Titan with royal blood). This allows him to communicate with and directly influence any Eldian, including the Titans.

After consuming some of the Armor Titan’s spinal fluid in the royal family’s crystal cavern, he also gained the ability to harden with the same crystal substance that we saw Annie use to protect herself at the end of Season 1.

After his time in Marley, Eren also possesses the Warhammer Titan with the ability to create extremely hard and durable objects from nothing. Normally, this is used to create spikes from the ground to skewer enemies or weapons to fight other Titans. However, the Warhammer’s abilities take a lot of energy, so the user generally can’t sustain the power for long.

Then there’s the Attack Titan, which Eren Kruger — known as “the Owl” — passed to Grisha when they reached Paradis Island, then Grisha (at Eren’s persuasion) used to kill the royal family then passed on to Eren along with the Founding Titan near the beginning of the show.

Originally, the Attack Titan’s power seemed to simply be high agility and strength, but during the reveal of Eren’s final plan, we learned users of the Attack Titan can see the memories of future users, which we first saw when Kruger started talking about Armin and Mikasa but which Eren used to learn what to do to meet the Founder and enact his plan.

Finally, there’s whatever Eren turned into when he revealed his plan to all Eldians. He seemed to either be possessed by or was using the creature that originally touched Ymir as the basis for a new transformation into what looks like a walking ribcage leading the rumbling. What this form’s precise abilities are are currently unknown. 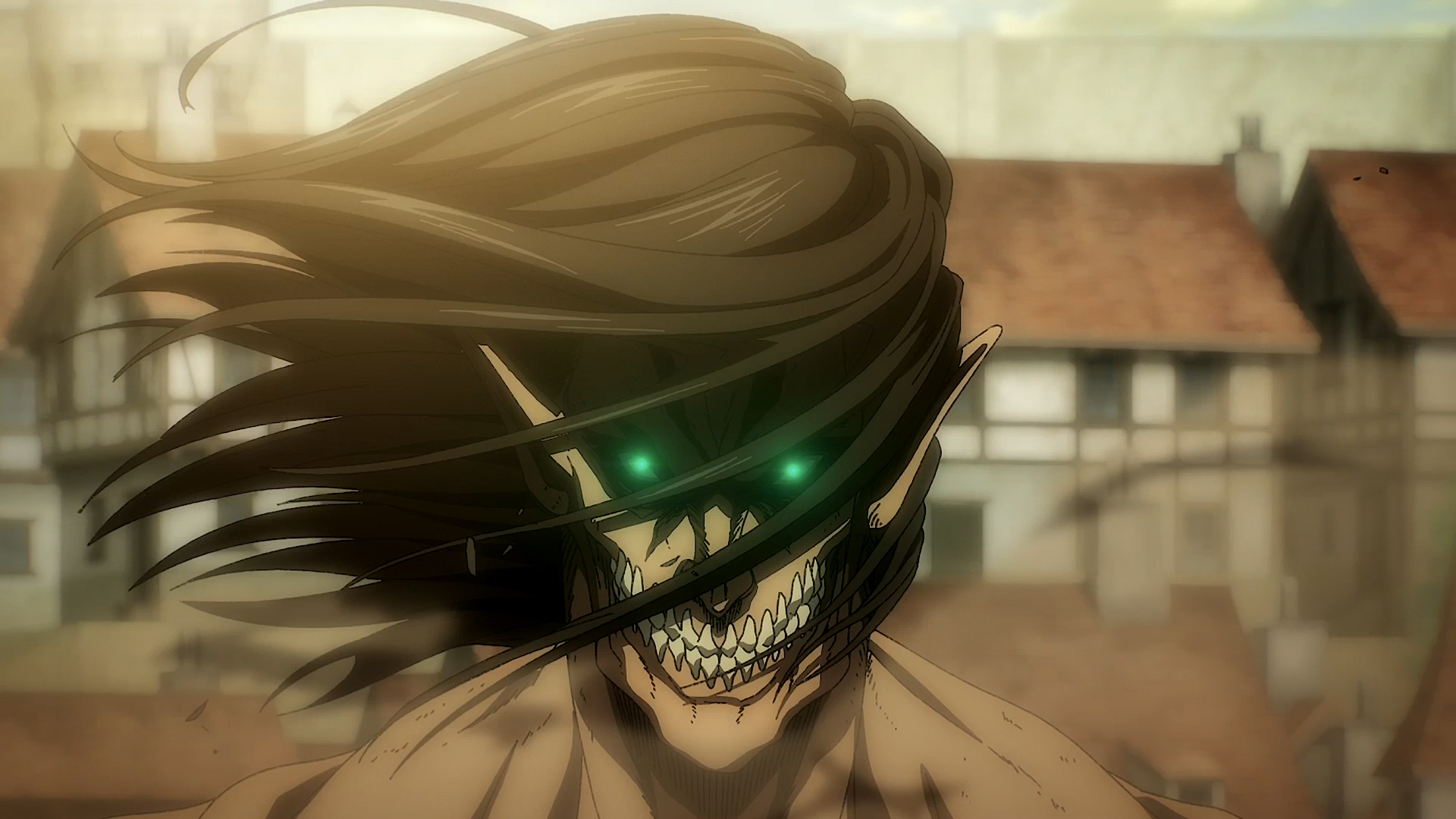 There’s a lot going on in Attack on Titan’s final season. I didn’t even go into the various factions at play or each major character’s current status and affiliation that could affect how they respond to Eren’s final plan. However, the sections listed here at least help to make sure you understand WHY Eren spent years in an endless desert after his brother touched his severed head and has now turned into a giant walking ribcage leading an army of 50-meter tall skinless giants into the ocean to wage a world war.

If there’s anything else you think is important to know for people jumping into the final season, let us know in the comments below!