Seriously, why must they get the pizza, while he gets the crust? 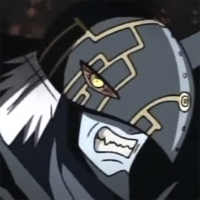 This article written by Daniel Dockery was originally published on April 20, 2020

I love the choices of dub actors for the villain roles in the first Digimon Adventure. For example, Richard Epcar pulls double duty as both Etemon and Myotismon, giving the former a wonderful Elvis impression and imbuing the latter with a sense of immense theatricality. He turns the words "CRIMSON LIIIIIIIIIGHTNING" into something borderline Shakespearean. David Lodge actually manages to make Puppetmon a pitiable and threatening presence. Dave Guerrie's Machinedramon is perfect boss battle material. And then you have Paul St. Peter's Apocalymon, the final foe faced in the series who is equal parts Destroyer of Worlds and lonely edgelord.

However, upon being reminded of Apocalymon's dub voice, your mind probably goes to that one line in which Apocalymon, expressing just how miserable he is, like, all the time, yells:

"Why do you get to taste the best that life has to offer, while all I can do is choke on its leftovers? Answer me this: Why do all of you get the pizza, WHILE I GET THE CRUST?" 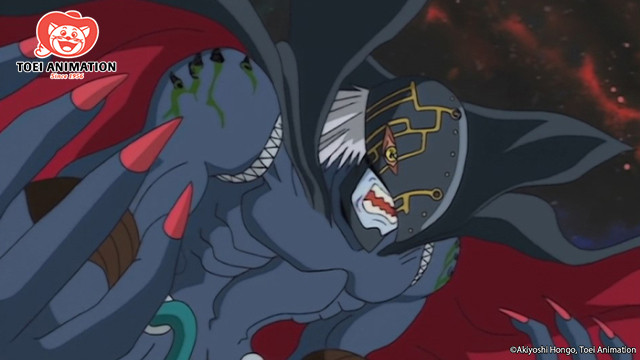 This line sounds crazy, but there's actually a bit of explanation for it.

So, first of all, he kind of has a point. I don't mean for this to sound like a bad opinion essay ("Why We Should Actually Listen To Apocalymon"), but Apocalymon's life sucks. He's literally made of negative feelings, ones that were created when Digimon died during Digivolution. So, he's not coming out of nowhere when he wants to turn the Real World and the Digital World into places of pure misery. That said, he's not in the right either, and he should probably place his energy into something like hobbies or Digi-therapy.

But how did he arrive at the pizza metaphor?

It's well-known that Apocalymon basically watches worlds experience happiness while all he can do is shriek into the void. Obviously, he'd likely catch someone eating pizza in one of those worlds and eventually he'd see the parts that some people tend to throw away. Over 5 billion pizzas are sold worldwide each year. In the United States, we eat 100 acres of it a day. So, if he's keeping any kind of eye on the real world, watching someone dump the crust is inevitable. Sadly, he didn't manage to catch anyone chowing down on cheesy stuffed crust pizza, something I personally eat like a T. Rex in Jurassic Park. 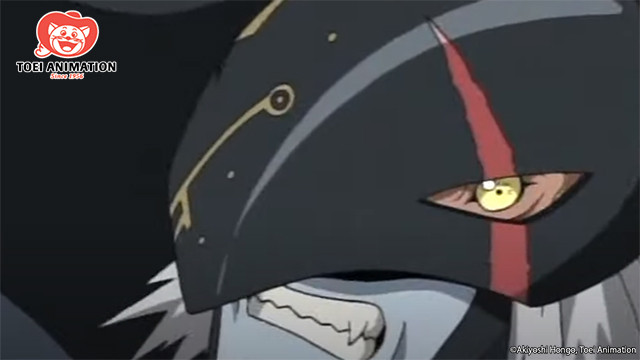 Using the different areas of a pizza slice's geography in order to illustrate just how depressed he is isn't out of the question. But what if you're not convinced? What if you still think the line comes out of nowhere and is just some silly dubbing? Well, you're partially right. It is silly (and also great.) But there's a part earlier in the series that gives the pizza line some precedence.

In Episode 8, "Evil Shows His Face," the Digi-destined find a mansion on top of a mountain. There, they discover an immense feast in the dining room. This is a huge relief since the kids haven't eaten much of anything since being forced to munch on the massive piles of seeds the Yokomon were enjoying back in Episode 4. While devouring this well-timed meal, T.K. exclaims, "Mmm. Peanut butter and pickles! This is the best pizza ever!"

Matt and Sora's apprehension about the food turns out to be correct as soon Devimon shows up to reveal it was all one of his illusions and scatters the Digi-destined on different pieces of File Island. And who created Devimon? Apocalymon. Apocalymon is so of how much people like that pizza that one of the evil Digimon he created would use it as a trap. Why peanut butter and pickles instead, of, say, the best pizza topping combo available, sausage and mushroom? Well that, my friends, is the biggest mystery of all.

In short, this Digimon dub line that has been mocked ceaselessly for the past twenty years actually has some kind of reasoning behind it. Thank you for joining me in this totally necessary investigation.

In your opinion, which Digimon character has the best dub voice? Do you sometimes feel like everyone else gets the pizza, while you get the crust? Let me know in the comments!