FEATURE: You Need To Experience The Unique Greatness Of Mobile Fighter G Gundam

Its uniqueness is part of its charm 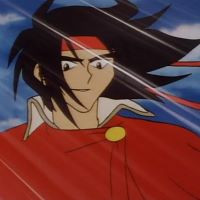 It's probably safe to say that if someone mentions mecha anime, Gundam is one of the first things that comes to mind. Like most other mecha fans, I've racked up a possibly concerning number of hours watching Gundam. Unlike most other mecha fans, the usual culprits aren't what I find myself going back to again and again. My top-tier, absolute favorite has a habit of making my friends and family either roll their eyes or look at me as if I've finally lost those last few brain cells knocking around upstairs. So here goes... 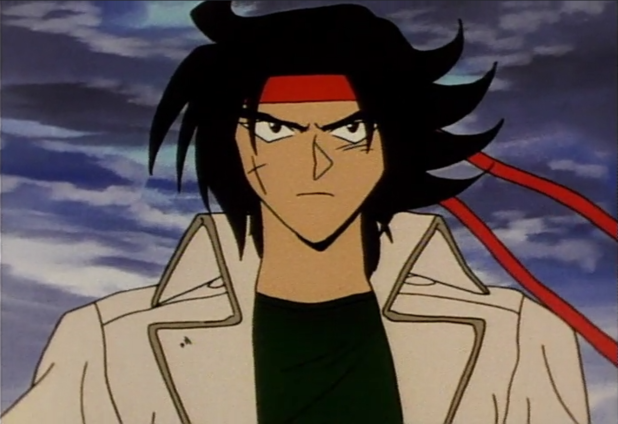 Most people usually launch into why I'm flat-out wrong at this point, and believe me, I get where they're coming from. Outside of the titular gigantic robots, G Gundam doesn't exactly have a lot in common with other Gundam series at first glance. It doesn't "feel like a Gundam," so to speak, which I readily admit.

So you know why it's my favorite?

Because Mobile Fighter G Gundam is basically just a really long martial arts/Kung Fu movie combined with one hell of a tournament arc, and if you look just right, the core themes of most Gundam anime lie there, just under the surface. 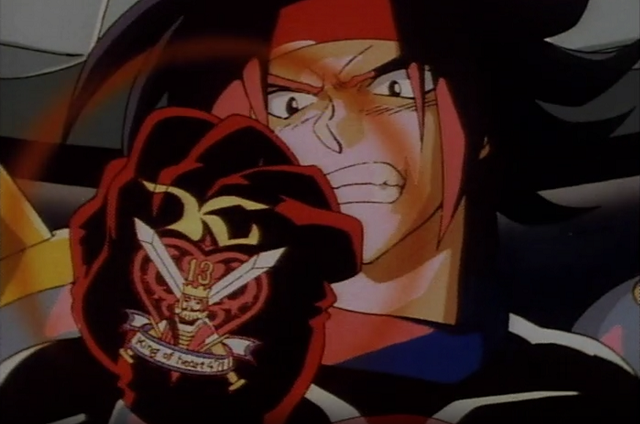 Before we go any further, what's the plot? Mobile Fighter G Gundam is set in an alternate universe from most other Gundams, so all that encyclopedic knowledge you may have gets thrown right out the window.

G Gundam is set largely on Earth, a place where many cities now lay in ruins and life is generally tough. Anyone who could have left for the space colonies has, but as can be expected, having potentially limitless room for expansion doesn't mean that governmental disagreements have been solved. Unlike other series in the franchise, this alternate universe has learned its lesson in terms of waging war ... Sort of ...

Domon Kasshu has been chosen to represent Japan in a worldwide Gundam tournament held every four years on the largely abandoned Earth. The winner will decide which country will rule the world until the conclusion of the next tournament. This is much better than war, after all, and certainly has fewer casualties — at least on paper.

But Domon isn't too interested in this tournament. He has plans of his own. His older brother Kyoiji is missing after seemingly betraying both Domon and his family, something that has resulted in the death of their mother, and their father being kept alive but frozen in stasis. On top of that, Domon's martial arts master keeps seeming to appear at both odd and opportune moments. For Domon, this is personal. 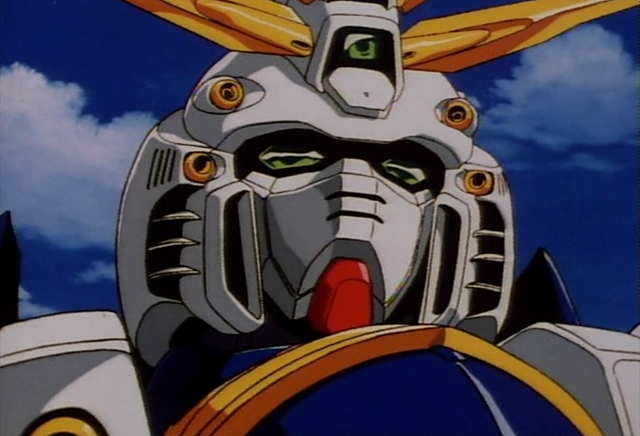 Gundam as a whole is known for its giant robots, of course, but it's just as well-known for its nuanced take on very serious subject matter. By and large, Gundam is a franchise steeped in complicated politics, the effects of war, colonization (especially that of space), militarism versus pacifism and plenty more. On the other hand, G Gundam is, well, just about none of these things, at least on its surface, and this tonal dissonance is worn on its sleeve.

There are glimpses of the foundations of other Gundam series, of course. The world is suitably dark, with space-based world powers vying for supremacy. Powerful allegiances are made and broken, while in the background, the Earth's war-torn cities and past environmental disasters are laid starkly before us.

Yet at first glance, G Gundam is just one very long tournament arc that forgot all the serious politics. And while, yes, this installment is unmistakably a battle anime, it's also much more than that.

G Gundam is a martial arts flick. A very, very, very long one. And it does its roots proud. 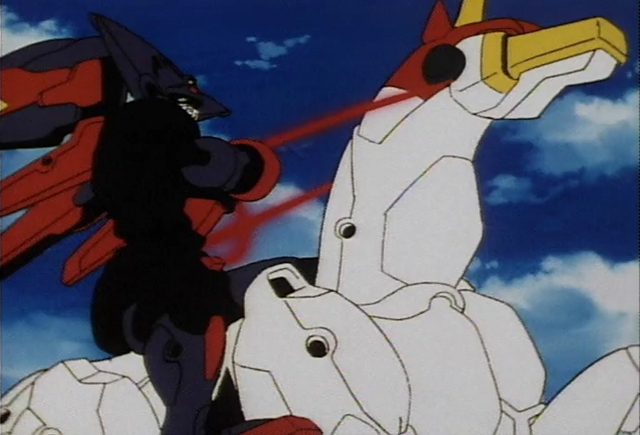 It's easy to see the very traditional robot anime and battle genre staples at work in Mobile Fighter G Gundam, but they aren't the only influences to be found. Much of G Gundam is firmly rooted in live-action martial arts film traditions, most notably Kung Fu films. Everything from the settings (a little starker than in other genres to force the audience's viewpoint to focus the characters front and center) to the characters' actions have roots within this genre.

The characters themselves very much follow martial arts movie themes. Many, if not all, of the main characters practice some sort of martial art; even fencing, George de Sand's specialty, is considered a western-based martial art. Interpersonal conflict takes much influence in this regard as well — a great betrayal, a father who's been effectively killed, a mother dying while trying to ensure her son doesn't befall the same fate as her husband. And from Master Asia to the Shuffle Alliance, masters passing on both skills and titles to their pupils and proteges proliferate.

Fights follow both the rather realist fights that lean toward real-world, easily practicable martial arts (albeit often in giant robots) and the completely unrealistic, bombastic battles that tend to fall solidly within the realms of fantasy instead of science fiction.

G Gundam uses all of these beautifully. Watching the series through a "this is a giant martial arts movie" lens truly does change the perspective of scenes. Is it a little over-the-top, even more so than a typical anime would have formatted things? Yes, of course. It's supposed to be. Fights are huge, grandiose events, even when compared to similar genres. Really, it's quite the feat.

Perhaps most important is the way in which Domon reaches his Gundam's final form. Earlier power-ups — and many power-ups in anime at large — require tapping into things like reserves of power you never realized you had and using righteous anger, passion and the power of friendship to carry yourself to greater heights. All of this is completely turned on its head here.

How does Domon reach new powers? By calming the hell down.

This is a quintessential staple of martial arts. Calm, careful, objective fighting while fully aware of all aspects of yourself, your opponent and your place in nature is martial arts movie 101. It's a very welcome departure to similar shows. And given Domon's, uh, extremely scream-y nature, reaching that point seems like a nigh-impossible feat. 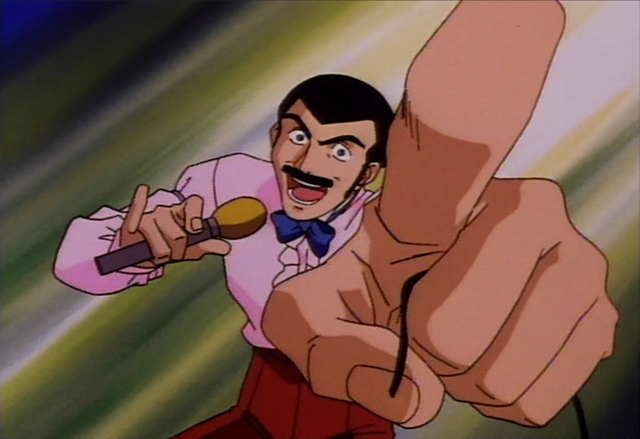 Now, G Gundam's battle anime and traditional anime roots can be a little more overt. After all, a tournament arc is baked right into the plot description. While Gundam may not be the first thing that comes to mind when trying to find your next 50-episode powerhouse of a series, G Gundam definitely fits the bill.

Many small things make G Gundam lean toward the battle genre but nothing quite as overtly as the tournament arc. This is one of the highlights of the series, sitting right up there in the tournament arc hall of fame alongside similar arcs usually considered the best in the business, such as the Dark Tournament in Yu Yu Hakusho.

The stakes here are nothing less than complete control of the world government, and tensions run extremely high. Allies are made, friends are lost, rivalries are born and fighters rebel against their sponsors all while back-room deals are covertly made.

Tons happen here. Just when you think you know the direction things will take, the rug is pulled out from under you. This is a thrill-a-minute tournament with just as many shady dealings and backroom politics as bombastic, over-the-top fights that will have you clinging to your seat. 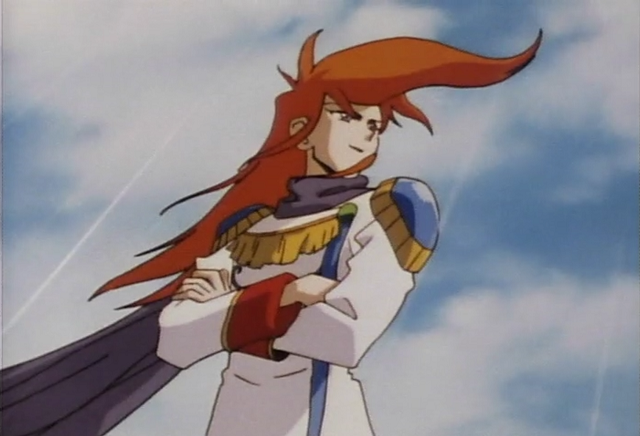 There are times when G Gundam can have a very "monster of the week" vibe. You know the one. The protagonist tends to fight a new bad guy just about every episode, almost always coming out on top. Domon and the other members of the Shuffle Alliance tend to battle other Gundams quite frequently, sometimes almost every episode, depending on the arc. However, something very interesting tends to happen next.

Many of these supposedly one-off antagonists tend to reappear, very often with plot-changing and life-altering consequences in their wake.

This is just one of the ways G Gundam proves itself a master of Chekhov's Gun — a term usually referring to the theory that if something is introduced to a story, it should then be used, not forgotten and left out of the rest of the narrative. Characters, Gundams and all sorts of seemingly throwaway things tend to reappear much, much later in the story, very often having an extremely significant effect on the plot and our protagonists.

This is the exact opposite of what is usually seen with this format. What you see is definitely not what you get with G Gundam, at least not long-term. The constant reveals and "but actually what about THIS's" are enormous fun, and it's clear the creators know exactly what rules and expectations to break and when. 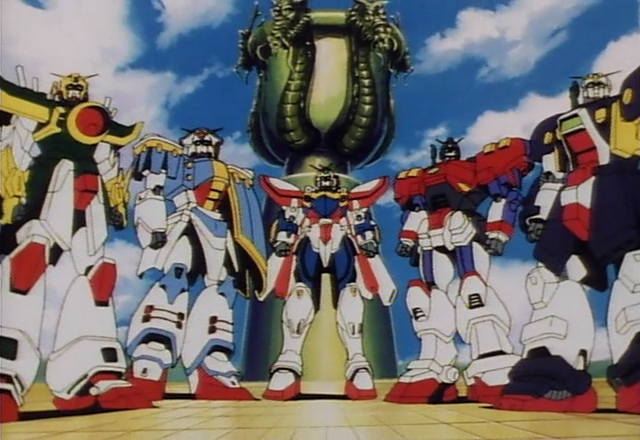 G Gundam utilizes many influences that other series within the franchise don't. These enhance the story, sure. They're fun to watch and are excellently pulled off. But there's one last reason G Gundam is Best Gundam.

Well, nothing is ever so clear-cut. Despite having a war-free society on paper, governments have one another locked with Cold-War-style stalemates. Clandestine operations still proliferate, and while armies may not be battling in the skies or on the Earth itself, fights still take place. Gundam pilots are still forced to fight one another, and despite what they say, governments blatantly break treaties, preparing themselves for the all-out devastation they claim to want nothing to do with.

Officials don't understand the almost universal adoption Gundam pilots have made to traditional martial arts all over world. Even the most hot-headed among them tend to prefer "honorable" battles, and they tend to hold themselves to standards most of their respective government sponsors seem to have laid by the wayside.

Beneath all the sound-system-breaking KYYYOOOOJJIIIIIIII!!!!'s, the tournament arcs and the martial arts movie set-up is an anime that strikes at the heart of what Gundam is all about. Sure, it may be dressed up differently and the characters may have different goals. But at heart, this is exactly what Gundam is all about, and it is the most fun you will ever have with Gundam.