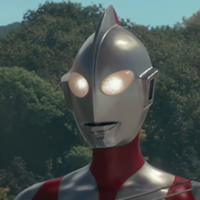 As Shin Ultraman finally hits Japanese theaters, it’s hard not to notice the gap that’s formed between Japanese audience expectations surrounding this highly-anticipated reboot and what international audiences are clamoring to see from a Hideaki Anno “Shin” revival of a Japanese classic. Although Shin Godzilla was always a project made with love for the kaiju franchise, the unflinching cruelty of the film’s wanton destruction and sharp commentary aimed at Japanese bureaucratic incompetence in the wake of the 3/11 earthquake speaks loudest amidst its devastation of Tokyo. Taking place in the backrooms of Japanese politics as civilians are left to fend for themselves, this critique of a belligerent political elite captures the essence of a 1954 classic reimagined for the modern day.

If Shin Godzilla is a faithful yet distinct reimagining to Ishiro Honda’s fearful creation, Shin Ultraman offers this same faithful homage for the alien savior of Earth. Expecting a movie in the vein of that 2016 film merely by virtue of a similar naming convention is asking for disappointment. For all this franchise shares a place in kaiju and tokusatsu history, the fear instilled by Godzilla couldn’t be more different to the hope Ultraman has offered Japanese kids over the decades.

When special effects wizard Eiji Tsuburaya left TOHO to form Tsuburaya Productions, Ultra Q and Ultraman translated the larger-than-life genre from the silver screen to living rooms across Japan with a mix of whimsy and spectacle, instilling untold possibilities into the minds of kids like Shinji Higuchi and Hideaki Anno. Over 55 years later, two men whose careers are indebted to the franchise have reimagined this titan in their own style, without forgetting the reasons they fell in love with this series in the first place.

Shin Ultraman is a film made with utmost respect for the original work, something which becomes obvious from the opening-title homage to the 1966 series. Higuchi and Anno have been friends for decades, sharing a love of Ultraman, tokusatsu and sci-fi while working together since college on anime shorts like DAICON III and IV. With this in mind, it’s no surprise that many scenes directly reference moments from Ultraman history near-identically, while even other childhood favorites make brief cameos. For every new idea this film puts forward, you still get the feeling TOHO accidentally unleashed two children on the world’s most expensive toy box.

Following a rapid-fire slideshow of fan-favorite kaiju, we’re introduced to an experienced SSSP team operating under the jurisdiction of the Disaster Prevention Agency within the Japanese government. They respond to an attack by Neronga, a dinosaur-like kaiju that fires charges of electricity it swallows from nearby powerlines and generators. The four-person team of Kaminaga Shinji, Taki Akihisa, Funaberi Yumi and Tamura Kimio struggle to get the monster under control even before Shinji leaves his post to save a child he sees through his monitor. As Shinji attempts to save the child, he’s hit by a meteor from space containing Ultraman, who came to Earth to destroy Neronga. Rather than be responsible for the death of an innocent, Ultraman offers to merge with Shinji and lend him its power, allowing him to transform.

It’s an origin story from the 1960s transported into the modern day that asks how this classic story would be altered when juxtaposed against currentsensibilities. The SSSP operates like any other government agency, and our world is established in a manner that transposes them as an essential function of our modern world. It’s a mere fact of life in this alternate universe that intricate evacuation plans and the Japanese Self Defense Force have pre-approved action plans to deal with kaiju unrest.

And, like any good front-facing government agency, they have their own tightly-controlled PR campaign and cute mascot.

For those seeking the political intrigue of Shin Godzilla, these moments wherein the film critiques how politicians and government departments exploit the confusion sewn by Ultraman and the seemingly-new presence of helpful aliens to boost their image are the most similar. Our online existence makes attempts to keep Ultraman secret an impossibility, forcing the government to respond to this unknown creature in real time. As other morally-ambiguous aliens like Mephirus and Zarab make their presence known, the search for fickle public approval trumps considered strategy as cheap PR is swiftly implemented, making them vulnerable when this ill-thought plan backfires.

This story blending homage and politics is one perfectly suited to the creative sensibilities of the duo in charge. While Higuchi is listed as a sole director, and his Heisei Gamera trilogy experience on full display, it’s difficult to believe Anno limited his involvement here to a mere writing credit. A sense of unplanned chaos and distrust is planted in non-action sequences through unconventional camerawork that regularly breaks the rules of filmmaking.

Erratic editing stumbles to the forefront as the film chaotically cuts between obtuse and unflattering angles on even mundane dialogue to iPhone cameras hidden behind office chairs and under people’s arms. Used incorrectly this style would merely appear amateurish, yet it emphasizes just how much these supposed experts don’t understand in a crazy world forever altered by Ultraman’s arrival.

It’s a style most reminiscent of Anno’s early film Love & Pop, a movie that captured the morally-gray world of compensated dating through the eyes (via handheld camcorders) of high school girls. In both cases, it works: when even the rules of conventional filmmaking are tossed aside, what can you trust?

Yet rather than creating a hopeless film where fear begets mistrust, Shin Ultraman is ultimately a film about hope and justice prevailing above all else. This truly is a modern reimagining of a classic, in one hand unafraid to transport modern problems onto our stories of the past while never losing sight of why we were obsessed with these after-school heroes in the first place.

It’s why, for all the deeper meanings this entry leaves older audiences to ponder, Shin Ultraman is a far goofier and jovial film than 2016's Shin Godzilla. Unafraid to lean into the tropes and inherent silliness of tokusatsu filmmaking as aliens produce business cards and ride shotgun in cars, creating light-hearted comedy that doesn’t diminish from the film’s overall message is a challenge this film achieves effortlessly. Even when the film embraces a more conventional final-act spectacle, it’s one that ultimately celebrates just how cool it can be for titans to duke it out against one another.

Before the collective went on to form GAINAX, Higuchi, Anno and the rest of Daicom Film produced their own Ultraman fan film — Return of Ultraman. Shin Ultraman finally realizes the dream this team had when creating that 1983 short, writing their names into the history of one of Japan’s most beloved pop culture icons. Every era of the franchise is represented (no fewer than 26 songs from previous entries make an appearance in this film) as this movie cements itself as a loving tribute and wholly-unique entry into this beloved series.

Although some of the film’s gravitas may be lost on audiences lacking full familiarity with the franchise (particularly the original 1966 series), Shin Ultraman is nevertheless a welcoming creative spectacle showing Hollywood how it’s done when it comes to rebooting a classic character for a new generation.