Time to celebrate the birthday of one of anime's greatest directors! 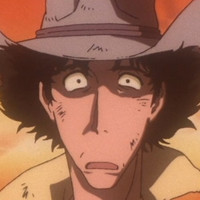 Hello everyone, and welcome to Why It Works. Today we’re celebrating the birthday of one of my favorite anime directors, the profoundly talented Shinichiro Watanabe. Even among less plugged-in anime fans, the resounding excellence and gateway appeal of properties like Cowboy Bebop make Watanabe something of a household name. But along with the fundamental quality of his works, what astounds me about Watanabe is his variability of projects and the unique spin he brings to each genre and subject he touches. Watanabe draws influences from a wide array of global cinematic touchstones, and that breadth of interests feeds back into both his diversity of genres and the flexibility he brings to each of them. Today on Why It Works, I’d like to celebrate that diversity of drama as we highlight the strengths of each of Watanabe’s post-Macross productions! 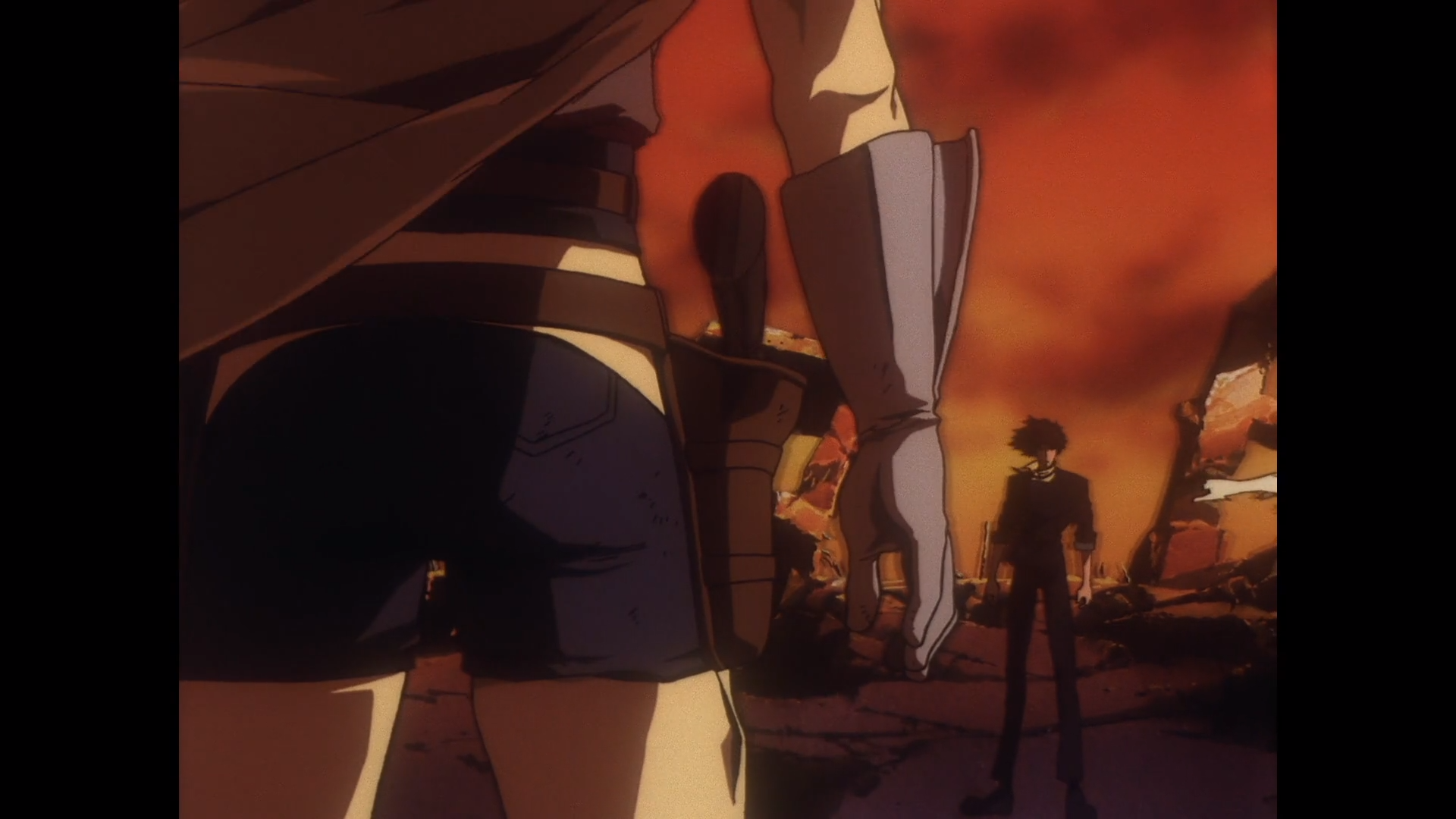 Of course, that does imply starting off with a few more words for Cowboy Bebop. Fresh off Macross Plus, Watanabe’s first original production combined his sci-fi origins with a variety of personal fascinations, tossing western and noir influences into the pot and seasoning with a funk finish. I’ve explored Bebop’s broad cinematic influences in the past, but even understanding the roots of a work like this can’t explain the brilliance of all its parts in motion. Cowboy Bebop exudes confidence in every aspect, spinning those varied influences into a whole that feels obvious and irreducible. There is a sense of grounded, lived-in fatigue uniting every facet of its world, from Spike’s solemn history to the smoke-filled bars of Ganymede. For any fans of genre melding or science fiction, Cowboy Bebop is an essential watch.

Watanabe’s follow-up to Bebop is likely the closest he’s ever come to repeating a formula, though in true Watanabe fashion, this still involved barreling back to Edo-era Japan with a whole host of fresh genre-blending influences. Samurai Champloo combines a roaming samurai drama with an array of hip-hop influences, ranging from aesthetic touches like the soundtrack to narrative ones like a spray-tagging competition. The results are perhaps a tad less cohesive than Bebop, but undoubtedly a riotous amount of fun, with Champloo taking a much lighter and more episodic approach to its storytelling. Champloo is one of the peak “wandering party of adventurers” anime, following a trio whose general incompetence is matched only by their swordplay-driven knack for getting out of trouble. With action and comedy to spare, it’s one of those shows that feels like an inviting bag of chips, where you always feel like you’ve got room for just one more episode. 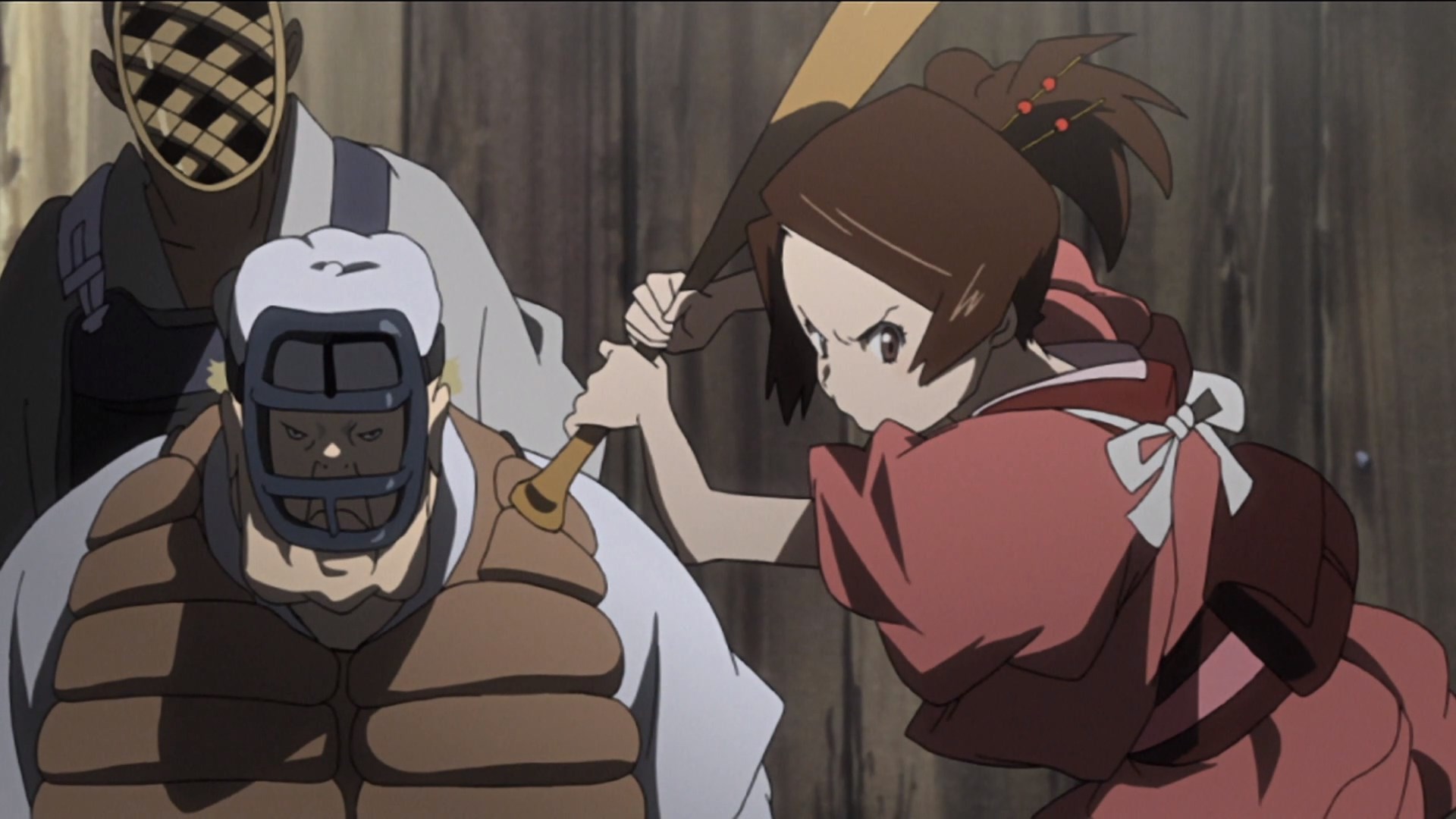 Having twice returned to the “genre pastiche action-adventure” well, Watanabe shifted gears entirely for his next production, by adapting the coming-of-age manga Kids on the Slope. In contrast with his prior works, Kids on the Slope is grounded and tight in its scope, following two boys who bond over jazz music during the summer of 1966. The cultural melting pot of post-occupation Japan provides a vivid backdrop for Watanabe’s most intimate production, as he captures the towering hopes and quiet disappointments of adolescence with grace and affection. And as always, Watanabe’s love of music shines through, with Kids on the Slope occasionally erupting into jaw-dropping stage performances. An essential watch for any lover of character dramas, or anyone intrigued by this charged moment in history.

RELATED: How Well Do You Know Shinichiro Watanabe?

Watanabe continued his run of more grounded dramas with Terror in Resonance, his most overtly political production. Centered on a pair of teenage terrorists detonating bombs across Tokyo, the series proceeds as a cat and mouse game between the police and young bombers as they seek to unveil the conspiracy that destroyed their childhood. As a political statement, Terror in Resonance makes some fine points about the lingering effects of American occupation, as well as the impossible reality facing Japan’s emerging generation. As a thriller, it embraces a degree of absurdity that maybe-sorta undercuts some of those political ambitions. But shakier threads aside, Terror in Resonance’s best moments evoke both the underlying hopelessness and carefree catharsis of modern adolescence, perfectly articulating that sense of fleeing your old life and racing down a highway with no destination. As an overall statement, it feels like an animated articulation of “Born to Run,” a desperate, anthemic cry of youth in revolt. 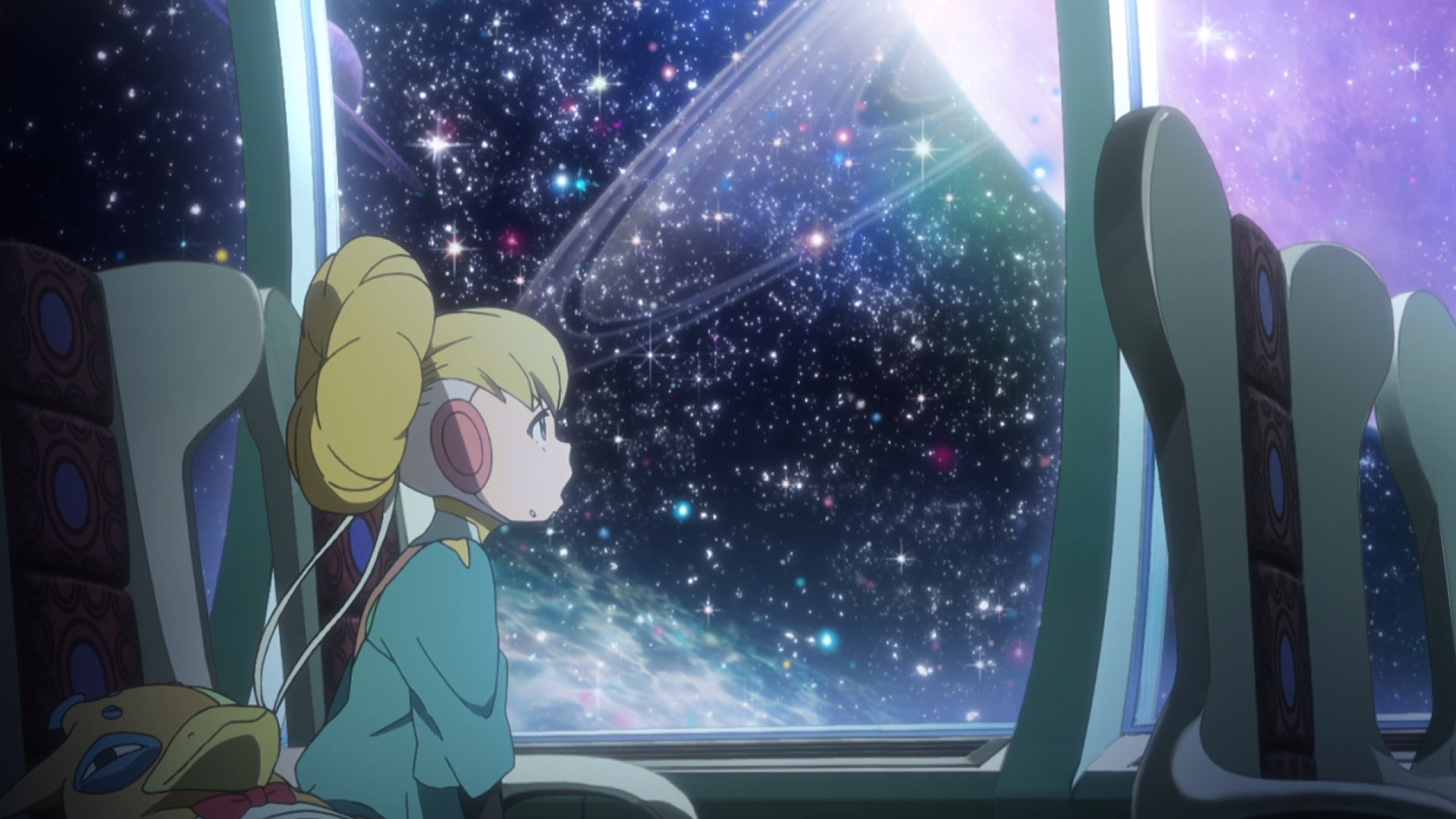 In typical Watanabe fashion, he followed his most politically serious work with his most irreverent one, directing the preposterous Space Dandy. Granted, saying Watanabe himself “directed” Space Dandy isn’t really accurate — rather, the loose template of “Dandy goes on bounty-hunting adventures in space” served more as an invitation for Watanabe and Shingo Natsume to highlight all of their talented associates, with each new episode generally featuring its own production team. As a result, Space Dandy serves as a diverse showcase for modern industry talent, with directors ranging from close Watanabe collaborators like Sayo Yamamoto to more far-flung luminaries like Science Saru’s Masaaki Yuasa and Eunyong Choi. Animators rarely get such an open template to play with, and the results are both extraordinarily diverse and frequently stunning. As a man whose catalog embodies the dramatic diversity of anime’s potential, it’s heartening to see Watanabe using his pull to celebrate the varied talents of his fellow creators.

Most recently, Watanabe spearheaded studio BONES’ 20th-anniversary project, the eminently endearing Carole & Tuesday. Centered on a pair of girls attempting to make it as musicians on Mars, Carole & Tuesday employs just a light sprinkling of sci-fi invention, mostly focusing on the various professional hurdles of its fledgling stars. It’s a delight simply to spend time with this show’s charming cast, bouncing from fun vignettes like their misguided adventures in music videos to dramatic arcs like their tenure in a music competition. Beautiful, lighthearted, and overflowing with impressive musical performances, Carole & Tuesday is as comforting and agreeable as soft serve on a warm afternoon. It is pure Watanabe comfort food, and may just convince you that music can save the world. 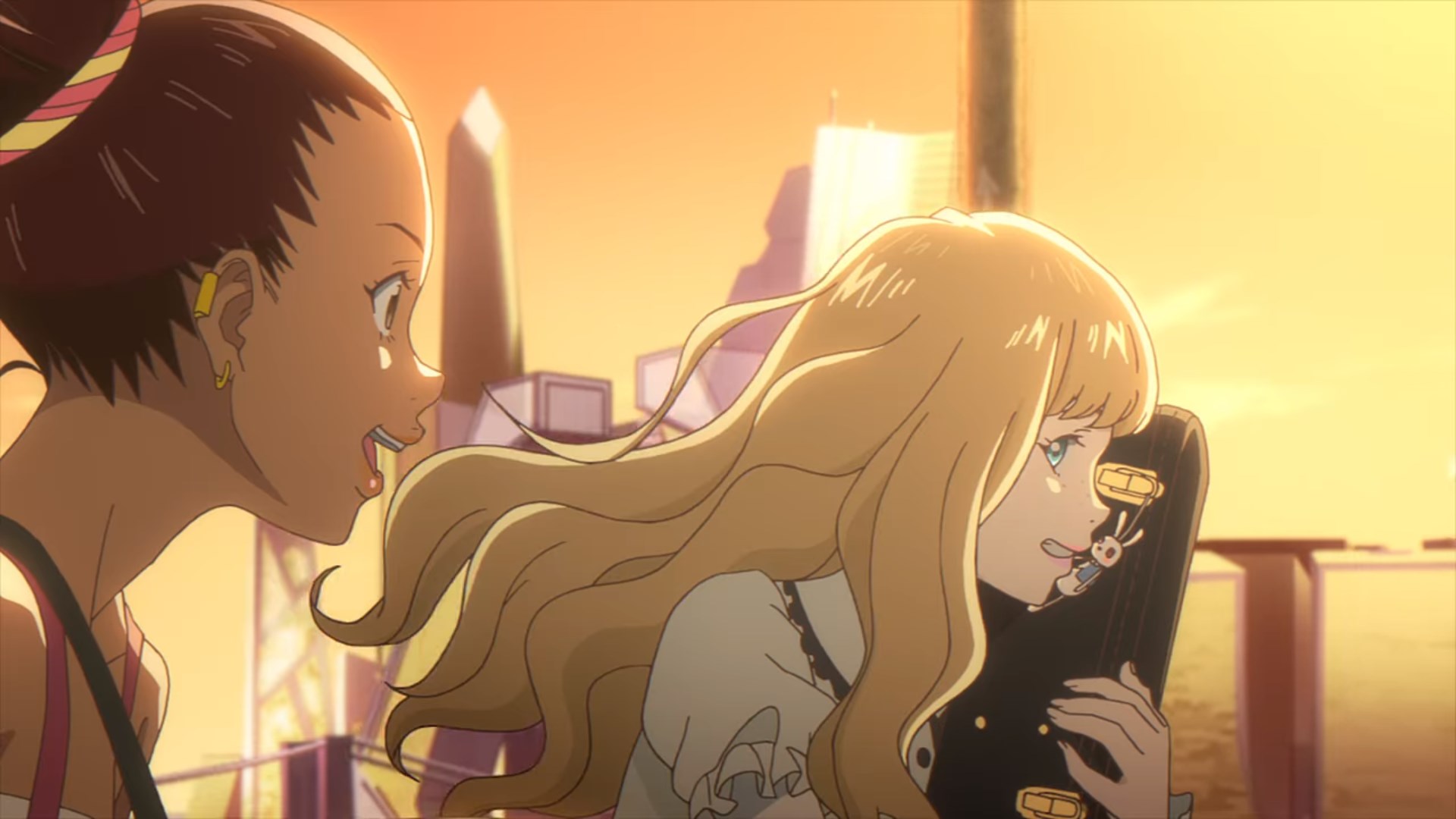 Ultimately, the breadth of Watanabe’s catalog is simply a further testament to what any one of his shows could tell you: Watanabe loves cinema, storytelling, and music, and in particular, loves the wild diversity through which all of these art forms can be meaningfully expressed. His works demonstrate the bounteous range of anime’s appeal, and my own appreciation of anime feels richer for every one of them. Whatever else his next work may be, it will at the very least come as a surprise to everyone, and I’m happier for it.