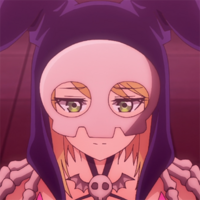 At its best, fan fiction can be a vivid read between the lines. Whether it’s an unofficial follow-up, an unforeseen romantic pairing, or a simple slice of life diversion from the main story, it allows for the creative expression of fandom in what is typically a one-way street of enjoying pop culture — the creator creates and the consumer consumes. So when I say that a series feels like its own fan fiction, I don’t mean that in a bad way. Love After World Domination, centered around the secret romance between the leading hero of a Power Rangers-esque supergroup and the “Reaper Princess” of a comical legion of doom, is a light and funny excursion from a long-going war between the two factions. It plays out like fan fiction from whatever bigger universe is there, and I really enjoy it for that.

For those that haven’t watched, the leading man of the “Gelato Five” is Fudo, clad in the traditional red outfit of a tokusatsu show leader by day and typically found lifting weights in the gym at any other time. Across the aisle, we see Desumi, aka the Reaper Princess of Gekko, a collection of outlandish villains who, like all good villains, enjoy sitting at a big table and hashing out their schemes. These two groups are pre-destined to fight one another in Saturday morning fashion, perhaps forever, and if you need an example of the tone of the series, accompanying Desumi into combat is Culverin Bear, a large, well, bear who simultaneously serves as both henchman and extra comic relief.

RELATED: 5 Romantic Comedies To Watch If You Like Kaguya-sama: Love Is War - Ultra Romantic 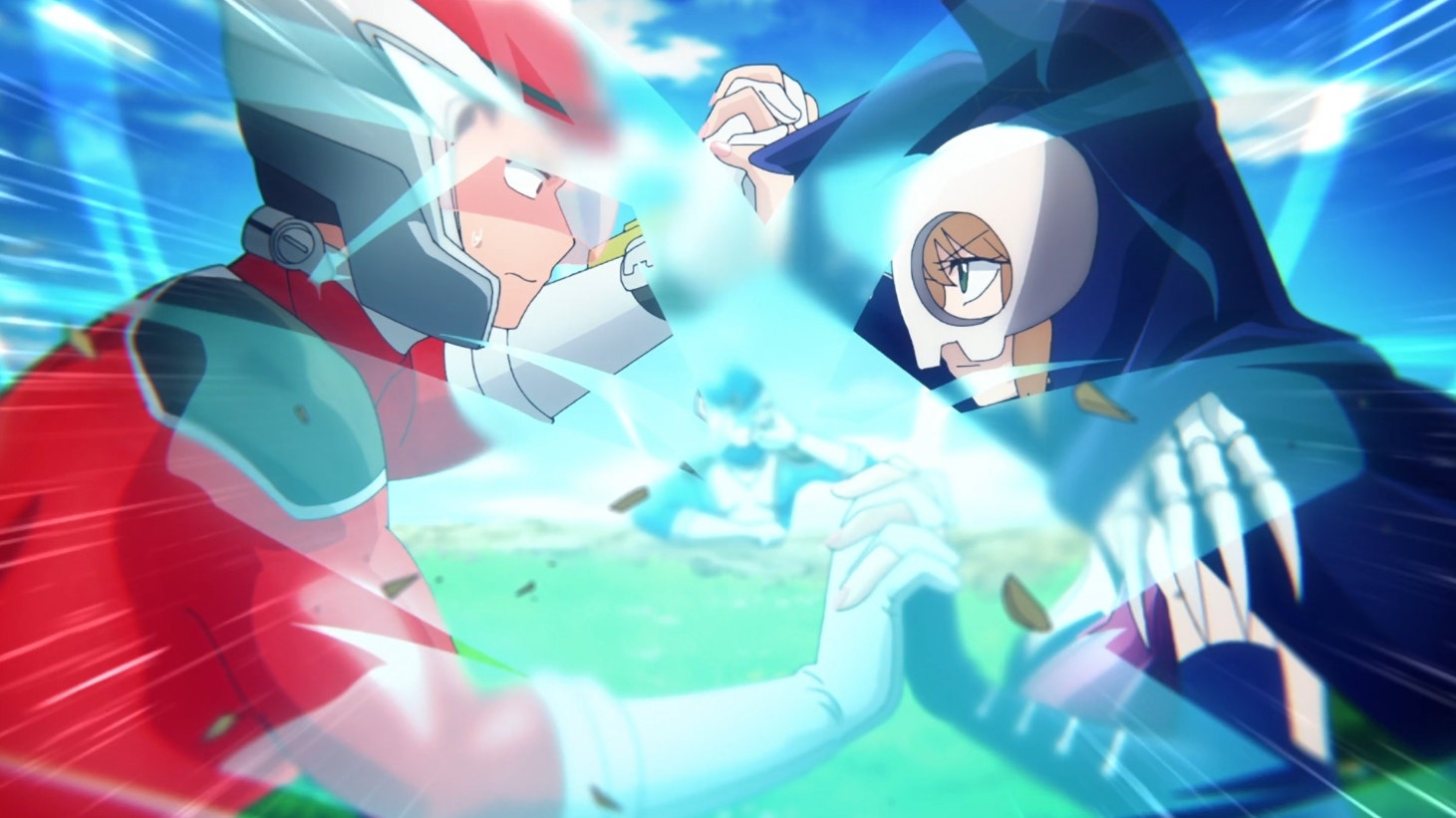 However, when Fudo and Desumi meet, sparks fly. Fudo is supposed to represent “The aroma of strawberry, the flavor of justice” but he and Desumi come to spend most of the battles hiding away from their respective teams and flirting somewhere where they can’t be seen. The “hands grasping” test of strength that’s everywhere from battle anime to pro wrestling becomes an excuse for them to just hold hands all the time, for they have to be sneaky if they want to meet up outside of combat. This burgeoning romance provides a learning curve for both of them, as the one thing they don’t teach you when you’re training to be a fantastical super-soldier is dating cues.

It’s here that Love After World Domination progresses from what could be a one-joke series to an effortlessly watchable journey. The “enemies become lovers” twist isn’t exactly new, but it’s the show’s glee with the minutiae of it all that helps it rise above. There’s your requisite blushing, but the series takes time to examine all of the things that would happen in an actual new relationship, even if saving/destroying the world wasn’t a factor. For example, in order to communicate better with Desumi, Fudo has to learn how to use a smartphone. He has to learn how to plan dates that don’t just involve what he’s interested in. He has to learn simple body language that comes much harder to him than the countless bicep curls he’s used to. And Love After World Domination wastes no time getting around to it. 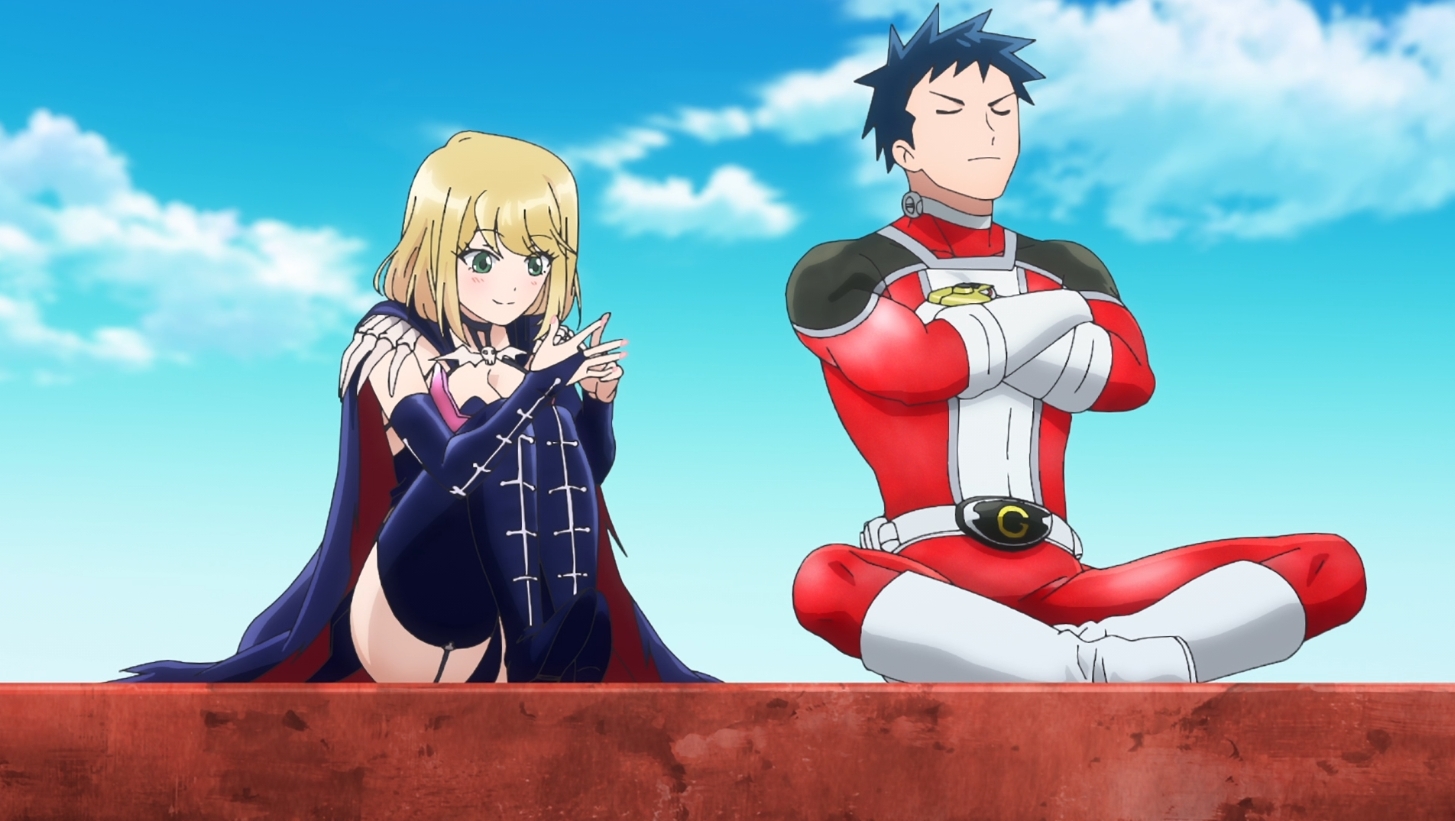 All of it gives off the vibe of fan fiction, which, again, isn’t a criticism in the slightest. There are countless moments in more straightforward versions of this story that would lead you to play a game of “What if?” ranging from little references dropped to even whole subplots that never quite reach the potential they could. And as Love After World Domination progresses, it expands on the premise to investigate other characters and how they’d react to the goings-on of a mysterious coupling between hero and arch foe. Some are clueless and some cynically curious. What could Fudo possibly be up to? He’s the Red leader. He’s not meant to be hunched over a phone trying to work through plans to visit an amusement park. He’s supposed to be ... doing whatever scant opportunities a life outside of the dedication to fighting cartoonish crime allows.

The spring 2022 season has a few that follow the same pattern of toying with familiar narratives — the most famous example right now is likely SPY x FAMILY, a show that balances thrills with domestic comedy in a way that I'm also a big fan of. What these have in common is a way to enjoy characters that isn’t the purely aspirational trappings of a grimmer genre. So much so that saving the world can become an afterthought. Who can focus on that when you have a date in 20 minutes?