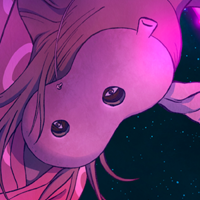 As Masaaki Yuasa begins his long-deserved break, it’s hard not to see Inu-Oh as a culmination of everything the director has achieved in his career. As the film finally hits Japanese theaters, this musical marvel recalls 14th century Japan like never before.

First, let’s discuss our source material: The Tales of the Heike is an oral historical tale depicting the lives of the biggest samurai clans of the period — the Taira and the Minamoto, better known as the Heike and Genji. The stories chronicle these clans and their leaders, culminating in the great Battle of Dan-no-ura, where the Heike are defeated. Inu-Oh opens by transforming this image and artistry of creative works depicting the battle before our eyes.

Chronicles of these post-war years depict a rocky rulership of Kyoto by the Ashikaga shoguns, with the name Inu-Oh an unknown aside in the history books. This doesn’t mean he was irrelevant, as this person in their day thrived as one of the most revered theatrical performers of their time. What was once lost becomes an opportunity here, as it is transformed with a question; if performers like Inu-Oh were so well-regarded, does that make them the rockstars of their era?

Inu-Oh is a fantastical interpretation on the unknown life of a historical name through rock opera like nothing witnessed in anime before. The Tales of the Heike form the origin of storytelling and play their role here as they existed at the time, recalled across Japan by traveling Biwa players. When a young boy named Tomona goes blind after an encounter with a cursed sword retrieved in Dan-no-ura waters, it eventually leads him to picking up the trade on his search for revenge as one of the few trades open to the blind at this time.

Remembering the horrors of war and honoring the lives of the fallen took the form of Biwa songs and Noh drama during the Muromachi period in Japan, becoming the foundation of music and performance today. The friendship formed between Tomona and Inu-Oh, portrayed as a cursed existence who can’t scare Tomona due to his blindness, acts somewhat like a marriage of these art forms growing into something new. The pair become trailblazers for new and defiant performances as they blaze a trail for stories and creativity, transforming the legacy of those past and present.

You could, therefore, say Inu-Oh is about the power of story and how they are passed down through generations, reimagined as a rock opera. Taking Biwa and Noh as a root, animation itself exists as a result of centuries of innovation to also recall the past. You see it in Noh, described in the film by its original name of sarugaku as an innovative medium of the time. Once the ultimate form of entertainment for the masses, it exists in modern Japan as a stuffy, high-class preservation of the past that fails to innovate and merely memorializes performances of the past. Yet this view only exists because our expectations for staged storytelling have evolved, with the clashes between performances seen in the film having occurred countless times before.

Rock opera within Inu-Oh allows Noh to feel as fresh today as it did then, and emphasizes the threat it had to the weak shogunate of the era. When we know little of our past, we have the space to transform it into something inspiring, as nothing exists to contradict those earlier ideas. What’s to say he wasn’t cursed, and didn’t use his 10-foot arm to perform sick breakdance moves as pyrotechnic light shows bring the Tomona and Inu-Oh's act to life?

Ultimately the movie’s heart exists in their friendship, an embodiment of how storytelling can bring people together by chance and keep the past alive. The result is less an accurate portrayal of history, but a movie that reflectively exists as a commentary on Masaaki Yuasa’s career. Before founding his own studio and establishing his name at this studio as a bankable creative name, the director struggled to earn the funding to lead projects like Mind Game as they remained critically lauded but commercial failures.

Earning a name with projects like Tatami Galaxy, he eventually thrived with the foundation of Science Saru, taking control of the medium and warping it to his will with prolific creative output. As outcasts looking to enact revenge or make a name for themselves, Inu-Oh and Tomona took control of their own creative medium and transformed it to allow them to share their story with the world through that expression. Similarly, both Inu-Oh in the film and the creator behind the camera innovate to dazzle their audiences (Yuasa has established his studio to make heavy use of software like Flash beyond the digital pipelines of other studios to enhance their work and create visually-exciting productions unlike any other).

The result can lose itself in the chaos at times but remains an unbridled joy of creativity. Bringing this story to life is the strong creative team at Science Saru and the inspired casting of genderfluid Japanese musician Avu-chan as Inu-Oh. A star in their own right within the music scene, they bring a unique voice and sound to the music of this film that roars beyond the screen with reckless abandon, their incredible range bringing the larger-than-life lead of the film to life.

As Yuasa, at least for now, steps back from the anime industry, Inu-Oh feels like the director in his most unconstrained, raw form. Even if the bombast of the story can take the place of nuance, it’s hard to rally against a film so creative and exciting as this with the power to embrace the joy and power of the story on screen. Even as stories are lost, the song can never truly be forgotten.

Inu-Oh was released in Japanese theaters on May 28. GKIDS will release the movie in U.S. theaters starting August 12.