FEATURE: Sasaki and Miyano Reminds Me of My Own Love Story 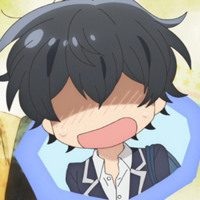 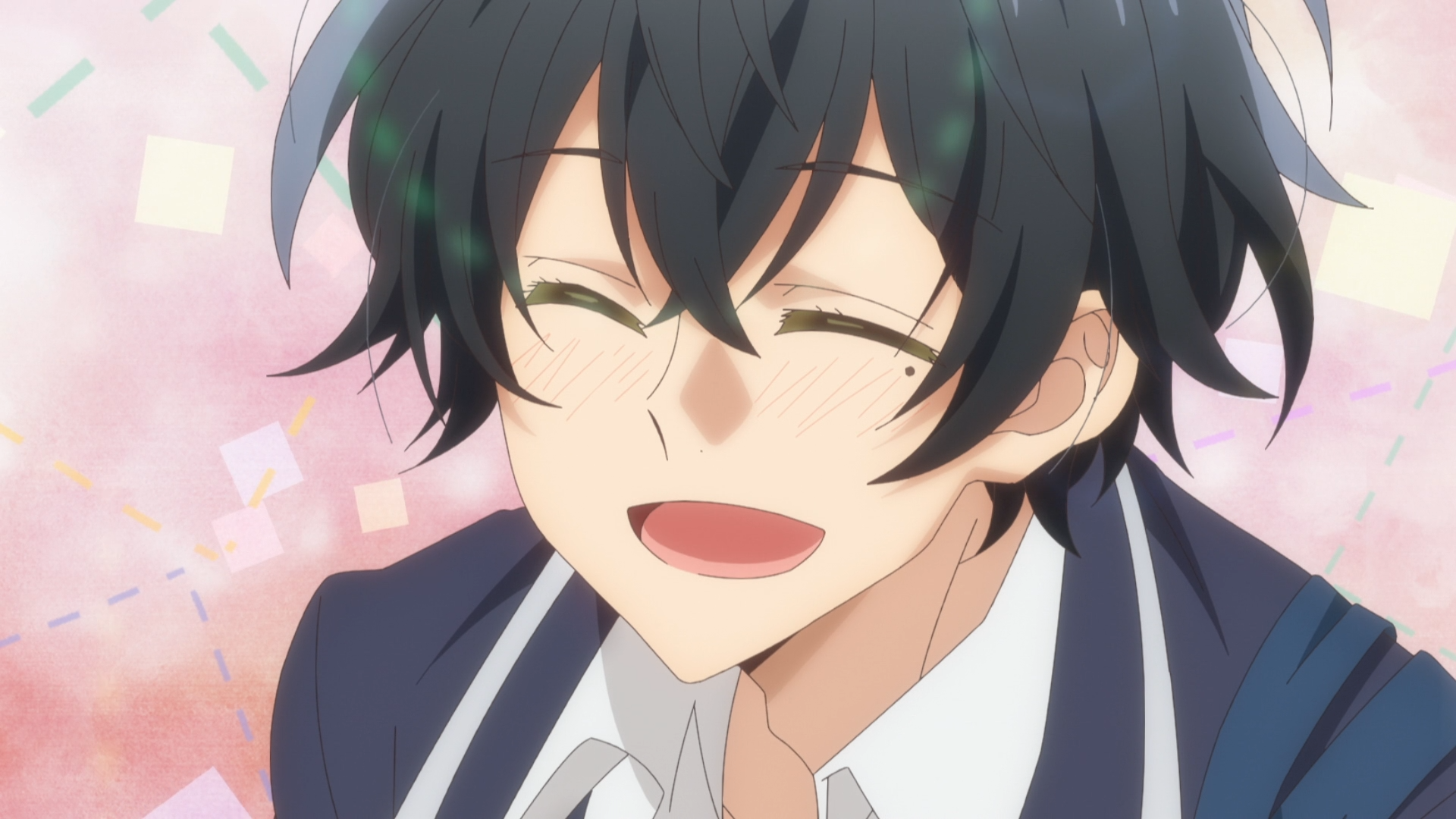 This is a guest piece written by Briana Lawrence, Fandom Editor at The Mary Sue.

When I first saw the trailer for Sasaki and Miyano, I knew my wife and I would be adding it to our queue. Miyano, a certified boys’ love fanboy, begins lending his manga to his senpai, Sasaki. Despite being familiar with all of the “will they, won’t they” tropes, Miyano fails to notice Sasaki’s bouts of obvious gay panic whenever they share screentime together. It didn’t take long for Sasaki and Miyano to become a scheduled Sunday afternoon series to watch — twice when the dub started airing so we could rewatch two wholesome boys “kiss kiss fall in love.” The plot thread of “boy who reads boys love who doesn’t realize he’s IN a boys love” spoke to me, not just because of the fun concept, but because bonding through queer content is exactly how I met my wife back in 2001.

If you were to change Sasaki and Miyano’s “high school” setting to “college” and make then long-distance gal pals who chat on mIRC every night about the queer ships they like, you’d have my story of friendship, gay panic, coming out, and an eventual nerdy-themed wedding (My Hero Academia, in case you’re curious). 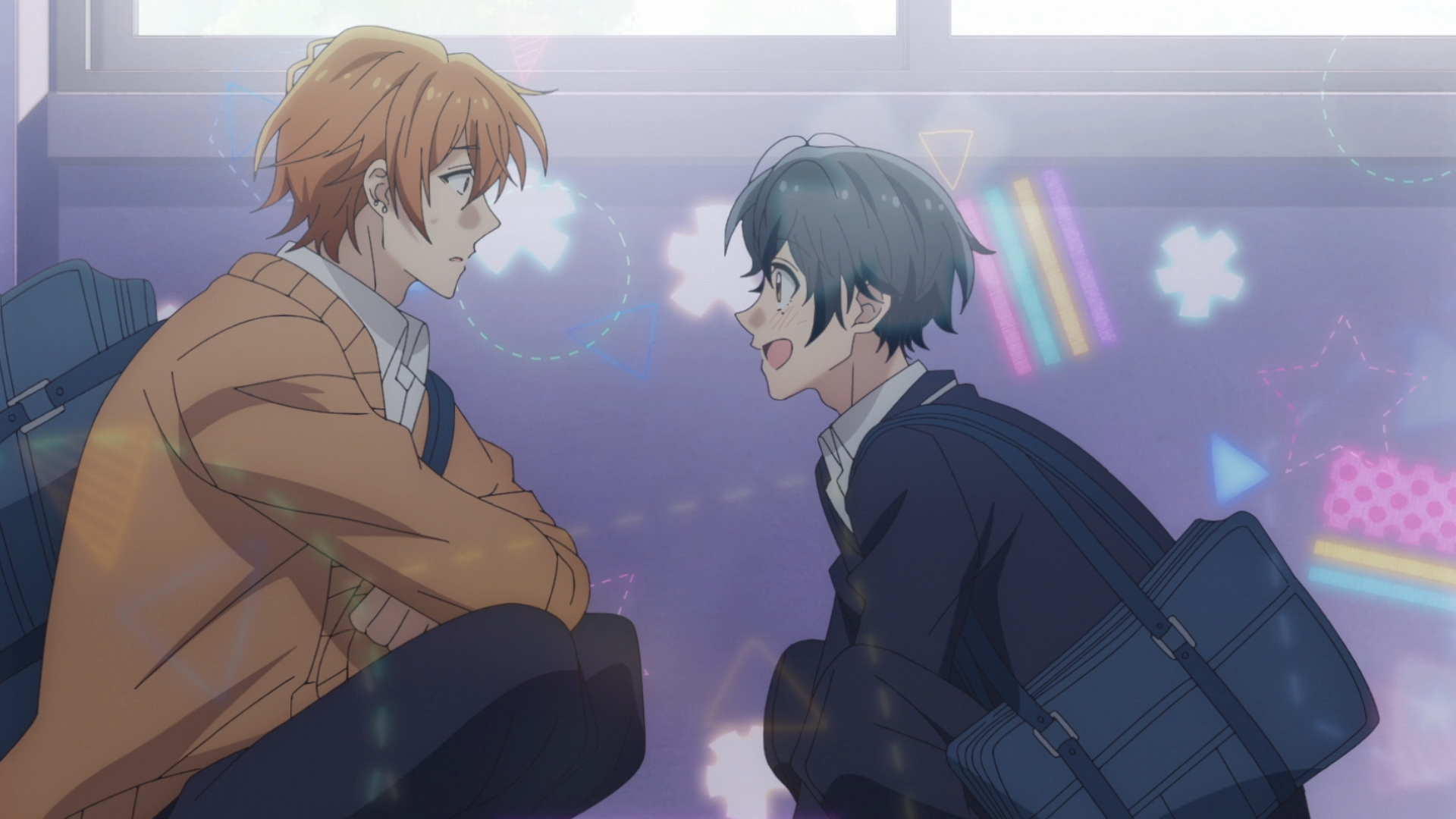 Meeting Your Significant Other Through Shared, Queer Interests

In college, I was part of a mailing list that centered on the Gundam Wing pairing of Heero Yuy and Duo Maxwell (or 1x2 if you remember the numerical allocations they got). Fanfiction, at the time, was the space where I got the most queer content. It was also the space that had the most amount of people who were open about their sexuality. It was here where I met my future wife, the two of us writing fanfiction together (yes, it’s still on ff.net, she insists on sharing it on our anniversary), and along the way she’d go on to introduce me to queer anime/manga that went beyond headcanons and fandom theories.

It might sound bizarre, but back then it didn’t occur to me that the characters I liked could be canonically gay. I thought I had to pretend that they were if I wanted to see queer representation. Sailor Moon had edited it all out, so I didn’t realize that the girls who struck the poses I’d try to imitate had feelings for each other. Meanwhile, Harley and Ivy made more sense to me than Harley and Joker, but that pairing was left up to my imagination back in the '90s.

When my fanfiction writing friend/oncoming crush/“omg we’re MARRIED now” introduced me to Gravitation, Revolutionary Girl Utena, and other series that were undeniably gay, I was stunned. I had no idea any of this existed, and much like Sasaki and Miyano, we began sharing queer content with each other. What I didn’t realize at the time was how much this would help me in identifying my own sexuality and growing comfortable with it. 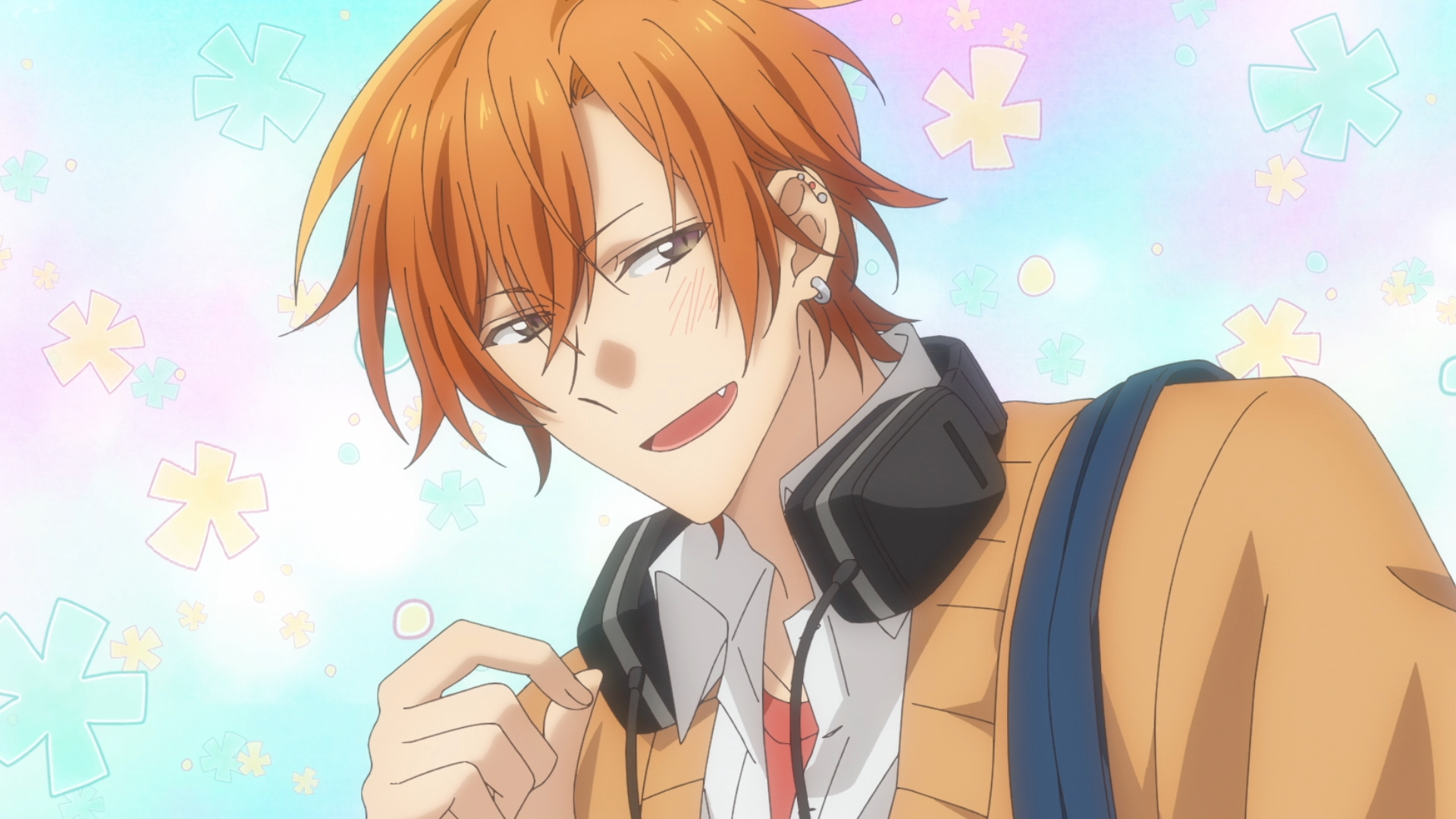 Being Comfortable About Coming Out Because of Positive Fiction

In the beginning, Miyano finds himself having to explain to Sasaki that you can’t just go around casually talking about boys’ love. This reminded me of the lengths I went through to hide the queer content I was reading. It felt incredibly taboo to read or watch queer media unless if it was presented in a certain way — namely, “sassy friend,” “person to make fun of,” “background character,” or “don’t get attached, they die in the end.”

That’s just from a fictional perspective, real life examples tended to range from “pearl-clutching whispered rumors” or labeling someone as being “confused” or, in my case, “not finding the right man yet.”

Early on in the series, Sasaki is confronted about the boys’ love manga he’s reading. Instead of backing down, he simply says that these stories wouldn’t be able to work if they weren’t boys’ love. The characters HAVE to be gay in order for the story to work. Sasaki didn’t realize it, but by defending the manga they read together, it showed that he was OK with what Miyano was interested in (boys’ love) and with queer content in general. From there, the rest of the series focuses on their developing feelings toward each other as they try and figure out what it even means to be in love.

When I realized I had feelings for my wife, I didn’t have any real-life examples to draw from and most of the content outside of my fanfiction circle addressed the struggles the queer community faced without much reassurance. I knew being gay was a possibility, and I knew the community faced a lot of hardship, but there wasn’t much that went beyond that when I was growing up. As a Black woman, it was kinda terrifying. The thought of racism and homophobia was scary, and I’d grown up with plenty of “be proud” examples of Blackness, but not so much when it came to being queer. The first time someone brought up the possibility of me not being straight, not only did a close family member vehemently deny it, I did, too.

So I ended up relying on fandom, anime, and manga for something that said it was OK to feel the way I did. It helped that my wife had already done that for me, as she was the one I talked to the most and the one who introduced me to a variety of queer stories. Some were tragic, some were silly, some directly addressed the queer community, some just happened to have queer main characters. With her (and an entire fandom space) offering these stories to me, it made me feel like I could, at least, come out to them. Once I was able to do that, I would go on to process my feelings, take my time with the girl I liked, and then we’d start dating. 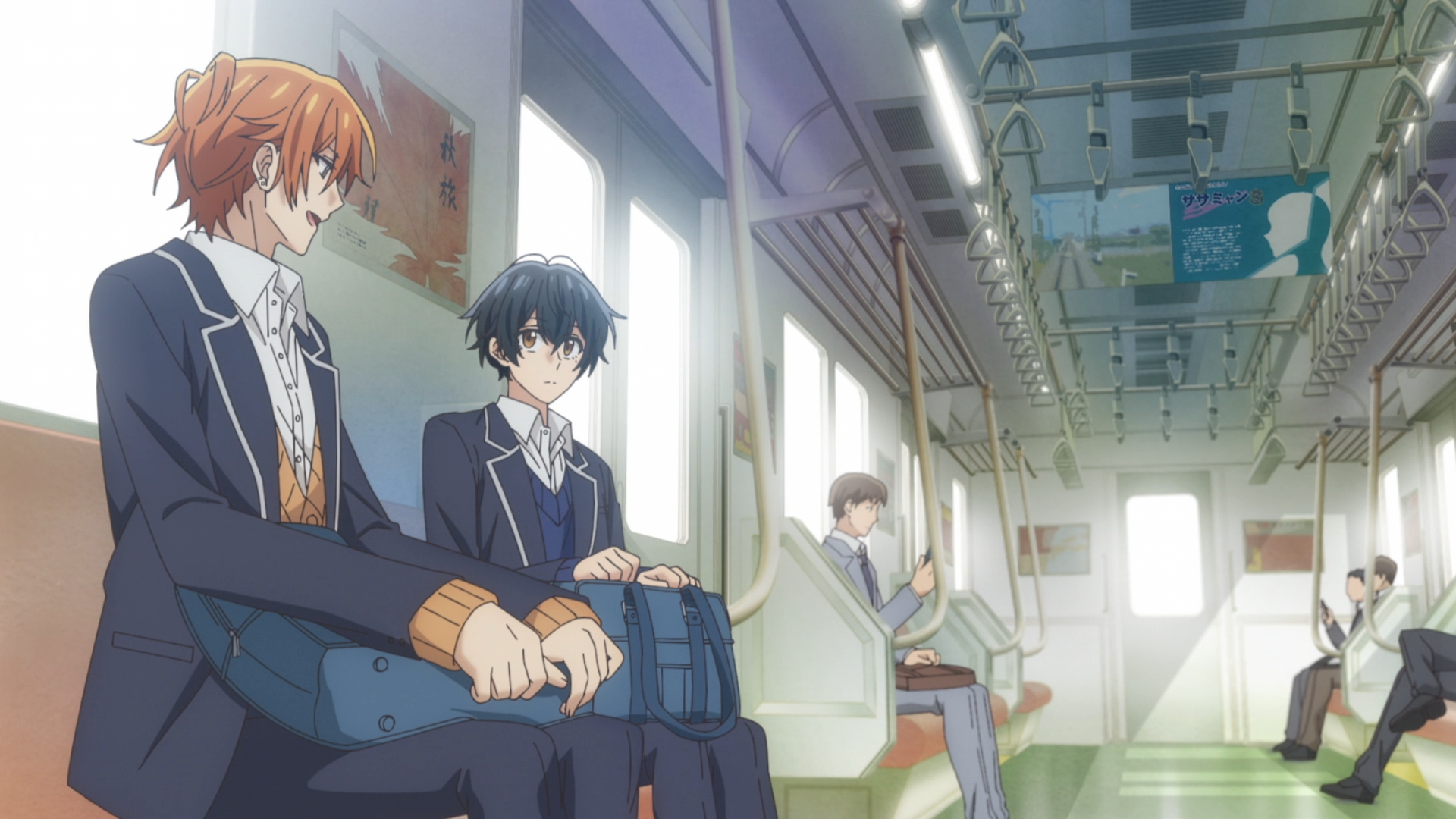 Where We Are Today

One of my favorite things about Sasaki and Miyano is the fact that Miyano’s able to take his time in regards to figuring out how he feels for Sasaki. More importantly, he and Sasaki continue to be friends who enjoy boys’ love together. Sasaki doesn’t make him feel bad for not having an answer right away and even encourages Miyano to take all the time he needs.

My wife and I didn’t start dating immediately. We remained friends for a while so we could take time to figure out how we felt about each other. We still talked on a daily basis, still wrote fanfic, still fangirled about whatever anime or manga we were into, and neither of us pressured the other for an answer. The answer came naturally over time.

Today, we’re happily married with three butthead cats who I’ve chosen to tolerate when one inevitably interrupts a Zoom call or crawls on my lap when I’m trying to work. My wife and I still enjoy all the things we did back then, but we have a greater appreciation for them now. When we watched Sasaki and Miyano together I realized that, wow, they really were playing out our relationship throughout the entire season. From stressing about someone finding the “taboo” thing you’re into, to you and your crush taking those slow burn steps toward a relationship, it’s everything I went through at 18 — minus the blond-haired senpai playing the part of unwilling middleman stuck between two gentle loafs who haven’t even exchanged phone numbers yet. It felt nice seeing pieces of my relationship lovingly portrayed on screen, and while I didn’t have this sort of content when I was the age of the characters, I’m happy that it’s here for younger queer kids to watch as a way to see that it’s OK to feel the way that they do. 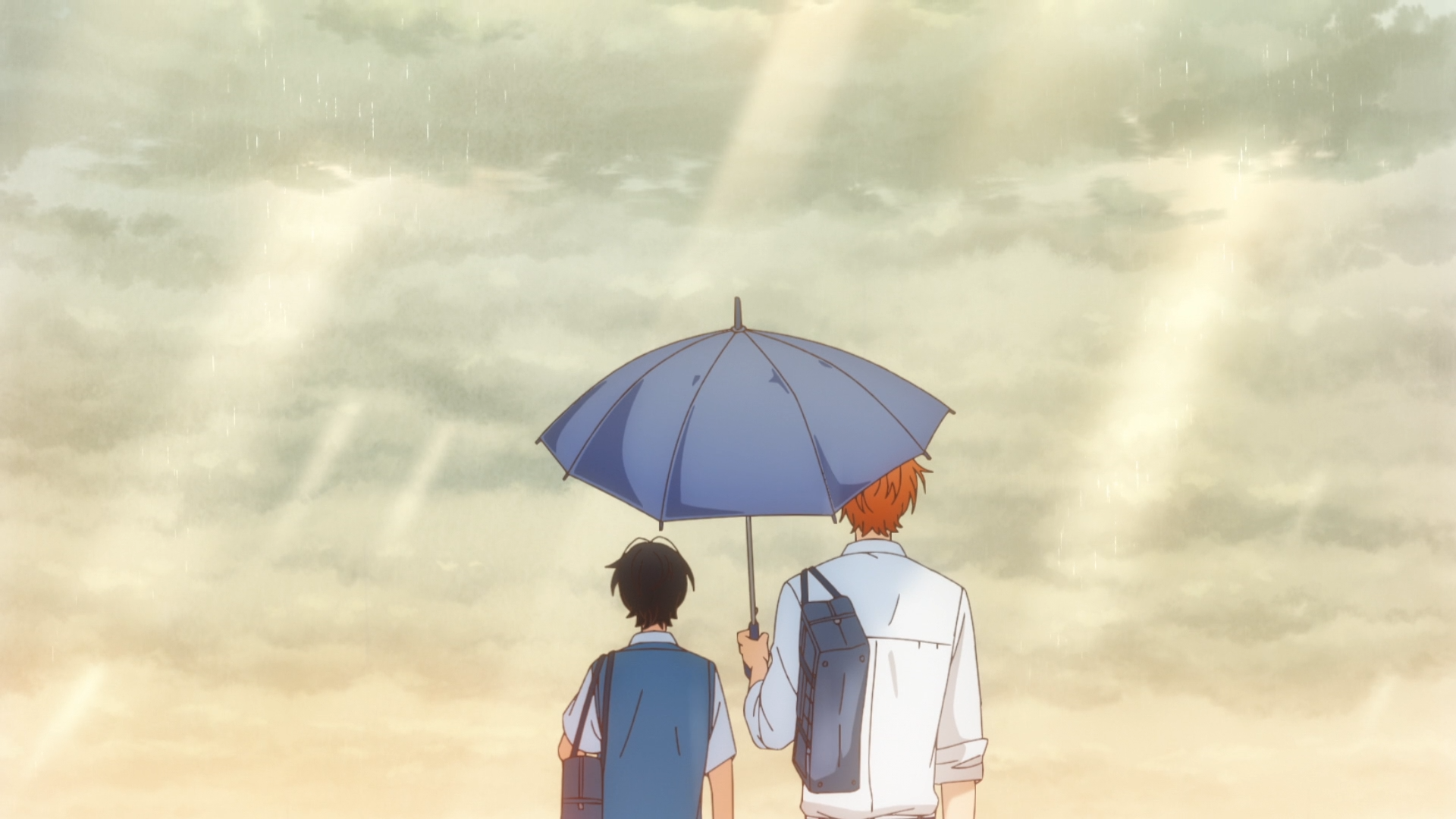 You can watch Sasaki and Miyano here on Crunchyroll.

Briana Lawrence is the Fandom Editor at the Mary Sue.