ESSAY: On Kazuki Takahashi, A Brilliant Creator of Manga and Monsters

His work thrived on a sense of constant discovery 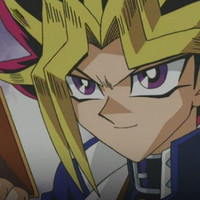 There is a feeling of discovery to Yu-Gi-Oh! creator Kazuki Takahashi’s work on the manga, the kind that comes when an artist is gaining true mastery of their chosen medium and is able to unlock the sheer energy of it. It’s more than them simply getting better at it — which Takahashi definitely did, with his paneling growing more confident, his line work becoming more focused and his writing flowing in a way that even a storyline based on the relative start-stop nature of playing games became propulsive and urgent.

It’s well known that the initial portion of Yu-Gi-Oh! is much different from what made the franchise an international mega hit, as the trading card game grew to usurp the series’ identity. But even in something so endlessly ripe for merchandising, Takahashi never lost that lurch of excited momentum, that flip-of-the-card spark that keeps one turning pages.

That’s hard to accomplish in a long weekly manga series, much less a work of fiction, and much, much less in a work of fiction so primed with expectations to sell a blockbuster trading card game on the side. Part of it is due to Takahashi’s open love for games and genre. The former kept the series fresh when many other manga creators went for stable timelessness.

Their worlds can be set on earth but are rarely our own, allowing them to exist outside of modern cultural trends. Takahashi’s Japan on the other hand was as vibrant as the real nation, especially in its consumption of entertainment and technology. It was clear he paid attention to what people liked and what people played with in the real world, and it’s reflected in Yu-Gi-Oh! It gave an ounce of truth to characters like even the bombastic Seto Kaiba, whose childhood troubles lead him to become an intense tech magnate. He doesn’t feel real, but his obsession is palpable, even at its cartoonish fever pitch. 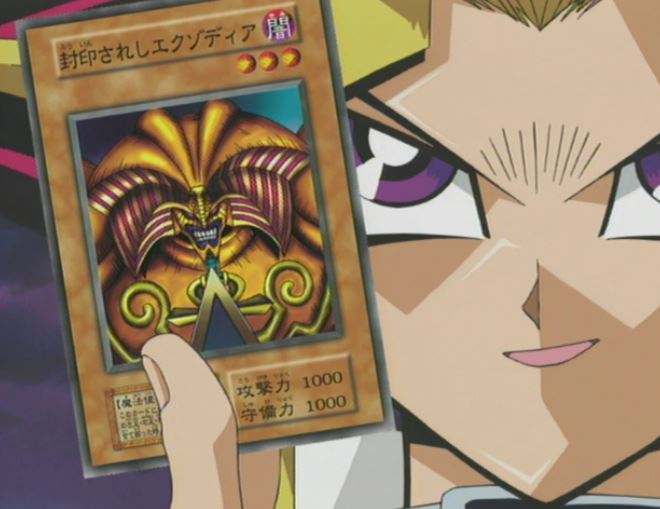 Takahashi’s ability to create monsters was second to none, a skill honed through persistence and ceaseless creativity. He’d find open inspiration in horror, science fiction and dark fantasy, and it would lead him to craft some of the most instantly identifiable beasts in the medium.

Characters like Blue-Eyes White Dragon or Dark Magician feel effortless in the same way that some of the most recognizable creatures in Ultraman or Godzilla do, these interlocking concepts that one can latch onto at a young age and know from even a silhouette. The breadth of size and complex detail was wide, from Kuriboh to Exodia, from Pot of Greed to Obelisk the Tormentor, making for a menagerie to pick favorites (and decks) from. Again, when it comes to devising a long-running manga series, it seems insurmountable on a ludicrous degree. To constantly be inventing not just human characters, but indefinite amounts of new monsters to go with them every single time they appear would require so much extra effort.

I was in awe of Kazuki Takahashi and the news of his passing is devastating. He remained a steward for the brand even after his work on the manga ended, providing story and designs and in general always seeming like a man humbled by his success and thoughtful about the processes of creation. I have many friends who feel the same way.

To us, Takahashi was a testament to the joy that comes in crafting fantasy, of engineering that monster reveal. It's been an image that’s existed for as long as mankind has told stories to one another. The creature comes into the light, walks through the door, awakens from the operating table, drops in the night, emerges from the sea, hatches from the egg, bursts from the chest, escapes from the machine, evolves from its earlier form, or finally, is summoned from its card. 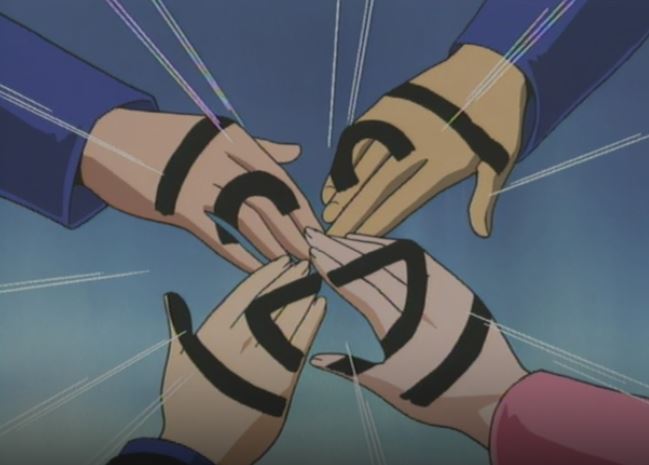 Takahashi harnessed that specific feeling like few other creators ever have and in the end, came to represent joys that span across everyone that ever sets to put pen to paper. He was far more than the man that started a worldwide trading card game explosion. He was the endlessly compelling artist of a universe to get lost in.

Yu-Gi-Oh! is a coming-of-age story for the lead character, but by reading it, one is able to get a grasp on why that jolt of excitement that comes with the sheer act of creation, of summoning, is such a necessary and vital thing. It made me further appreciate manga and monsters and everything that goes into concocting both of them. He was the first manga artist I ever truly studied, the first one that I took the time to think “Okay, why does this work so well?” I looked for its "heart of the cards," that combination of spirit and talent that imbues even the most broadly popular work with personal meaning for the reader.

The loss of him is a great one, and I’m so deeply thankful that I got the chance to read and experience his work. He showed us over and over again what makes some stories worthwhile, of why we dream in the first place and, with the flip of a few cards, why we need monsters. He will be missed.