INTERVIEW: TRIGUN STAMPEDE Staff and Creator on the Impact of a Brand New Vash 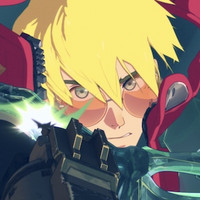 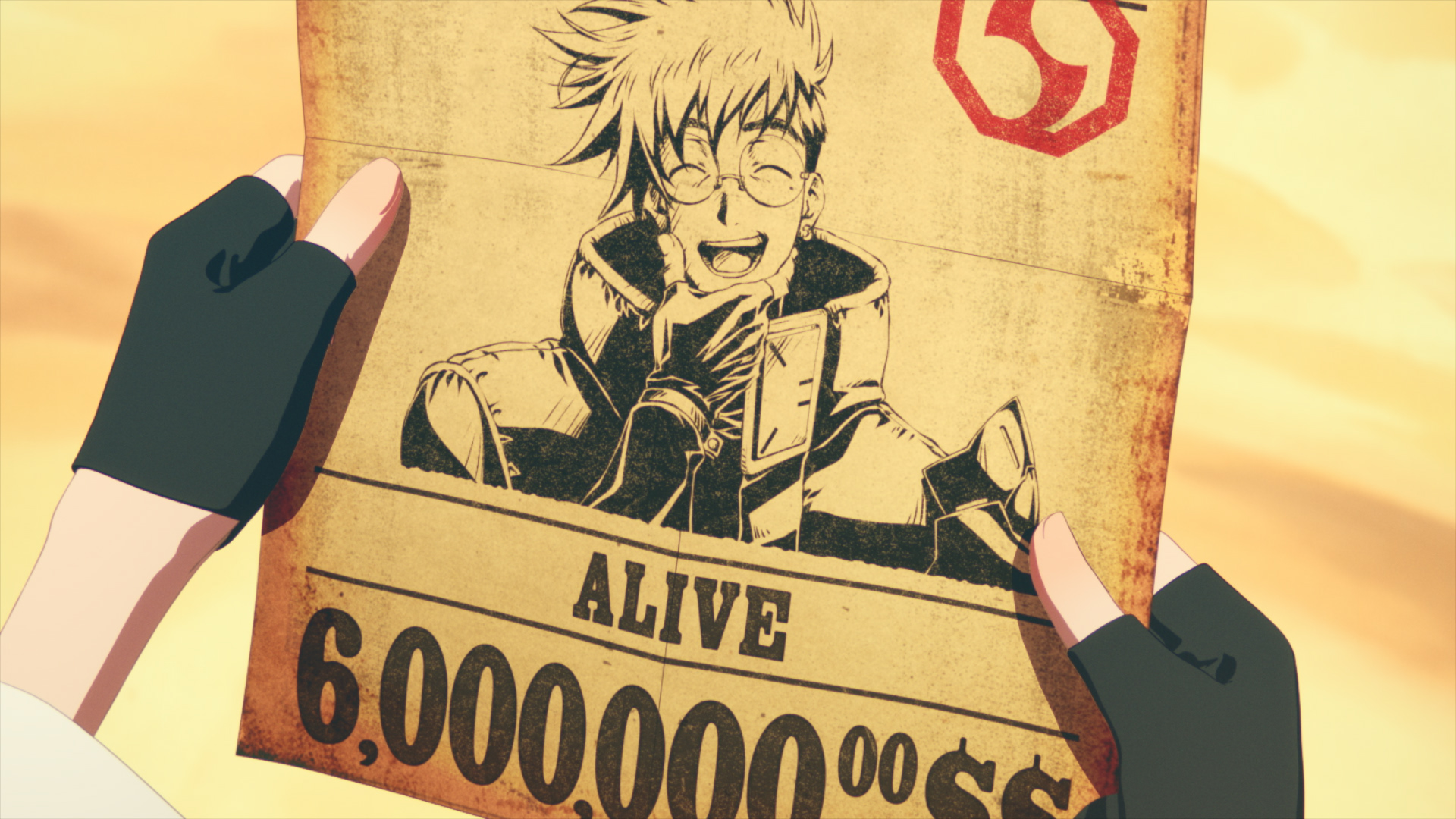 While we all knew TRIGUN STAMPEDE was coming by the time Anime Expo 2022 rolled around, nothing could prepare us for what 3DCG anime studio Orange was cooking up for the new take on Yasuhiro Nightow's series. In the brief teaser that premiered during the AX panel, fans were introduced to what is, in appearance at least, a brand new Vash.

Taking something as iconic as Trigun and giving it a new spin takes guts, and we spoke with producers Katsuhiro Takei of Toho and Kiyotaka Waki of Orange—as well as Trigun creator Yasuhiro Nightow—to learn more about what's in store for the new project. 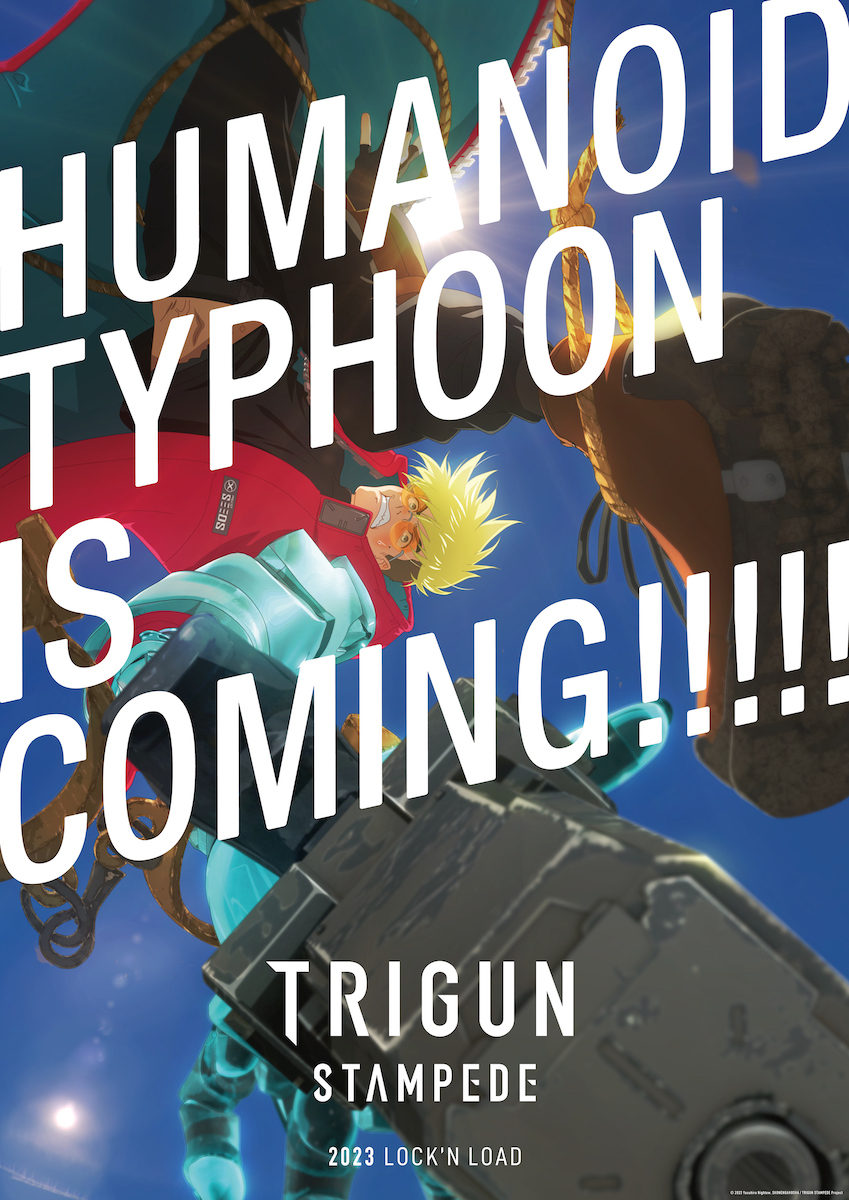 Crunchyroll: for Watanabe-san, Waki-san and Takei-san, can you tell us a little about how the new Trigun adaptation came to be, and what your initial reactions were when it was decided?

Takei: For Trigun there's already the original manga, of course, and there's other anime adaptations, and each of them are really excellent pieces of work that are already completed. So, when I first started thinking about this project, I considered that and thought we should start a new Trigun.

While thinking further, I felt that the core of Trigun is something that is very firm, so the core doesn't get affected even if you introduce all these additional elements. I felt this really strong core could be adapted into various things, so I thought, well, in this Trigun let's do 3DCG.

When I first approached Nightow-sensei, he was mentioning that the anime adaptation was really excellent, so anything beyond the original anime is more of a bonus time, so you could pretty much do whatever you want to with it. So, with that, we sat down with Nightow and discussed what we could do with this new Trigun. 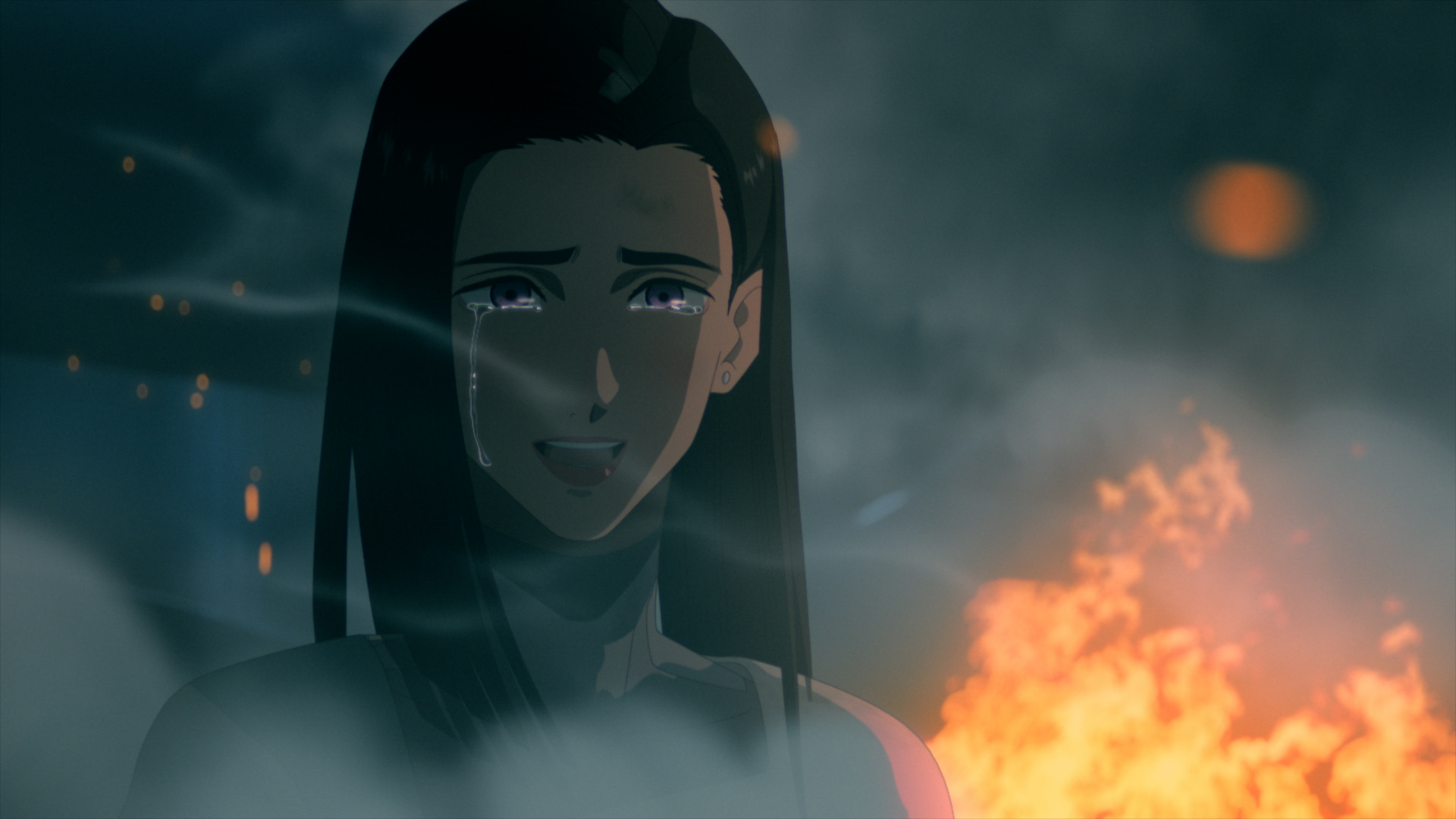 For Nightow-sensei, how closely have you been involved with the project since it began?

Nightow: I was involved from the very start, but as I was saying that this Trigun could be something entirely new, I felt this one will be a big leap. In that case, I decided there was a need for me to be at their side, so when they do something that really seems off, I could come in and say something. But as the script was developed, I didn't really feel like there was any major side-tracking or anything; it was a new Trigun, and I felt that they were able to grasp that.

Trigun has such a well-established style, from the original manga to the previous anime adaptation. How did Orange go about delivering a mix of nostalgia and something new that even long-time fans might not expect?

Waki: We first started with the concept art, and by developing that we developed a world for this Trigun, and it wasn't just drawings, it was filled with ideas of how we could respect that old nostalgia factor and also add in the new designs, which were done by [Kouji] Tajima. 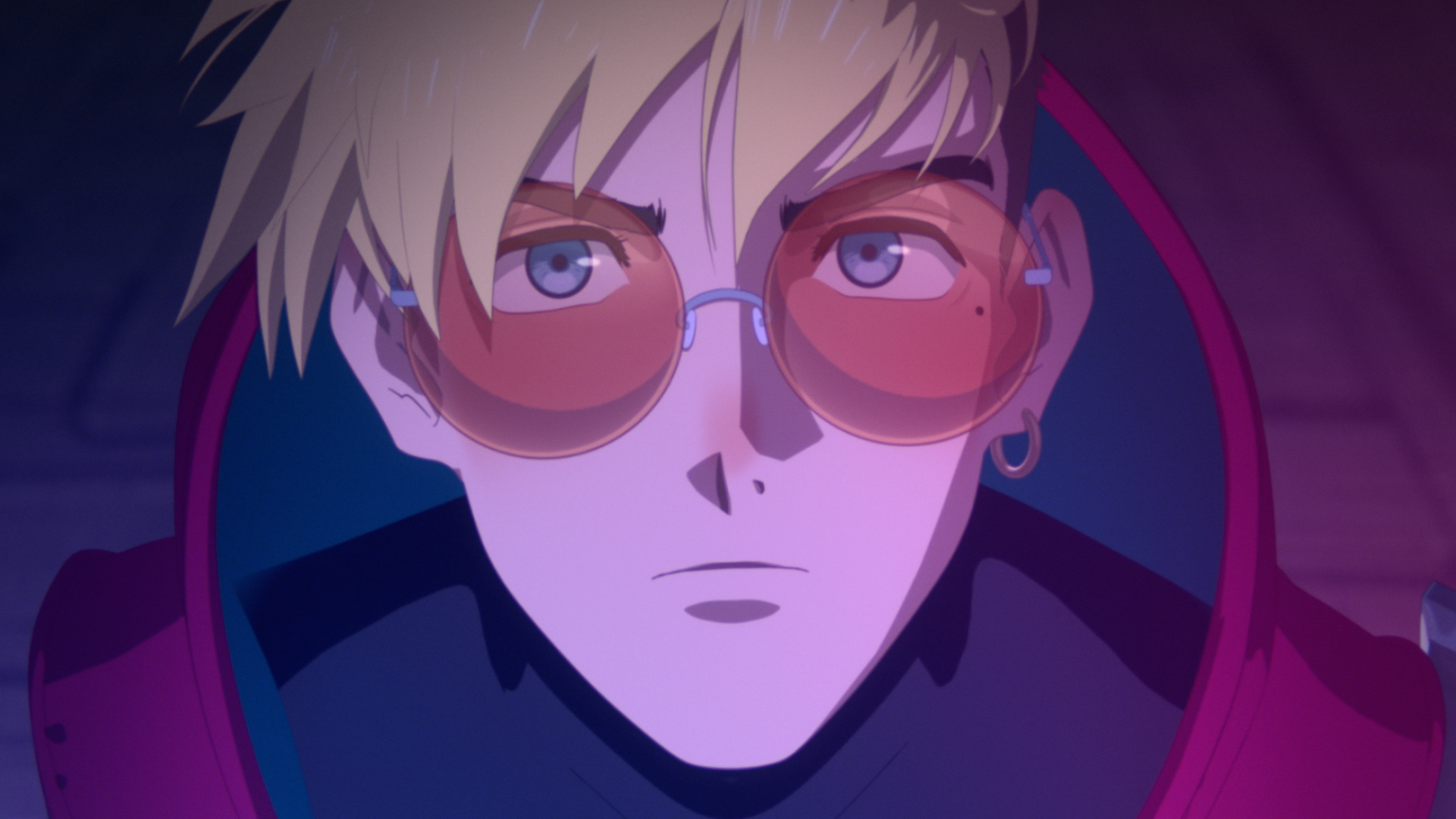 The reveal of Vash got a big emotional reaction from everyone in the room yesterday. How did it feel to finally be able to show this footage?

Nightow: When we first released the teaser visual on screen, we saw the people in the audience had a moment of pause, of confusion I could say, because it looked so different from what they were imagining. But when they saw the trailer, I felt that they relaxed, and were able to accept a certain part of it. So, upon seeing that I was very touched, and I sympathized with it, as well, because I think that I was also nervous about how people would react to this.

Waki: When we're making the show, it's as if we're all walking in the woods. We're not sure. We're very determined about where we're going, but there are so many uncertainties that we feel worried. We knew the type of people we wanted to make this show for, but that doesn't mean we had a face for them. But when I saw the audience react, I saw it in their faces, and that face synchronized with my vision and I realized I'm making this show for these people.

Takei: I was very touched when I saw the audience's reaction. I think I may have sympathized with the audience. I mean, they have the feeling that they wanted to see Vash, and when they saw this new Vash — and it is a new Vash — they felt somewhere that they're seeing Vash again. I feel that way, too. 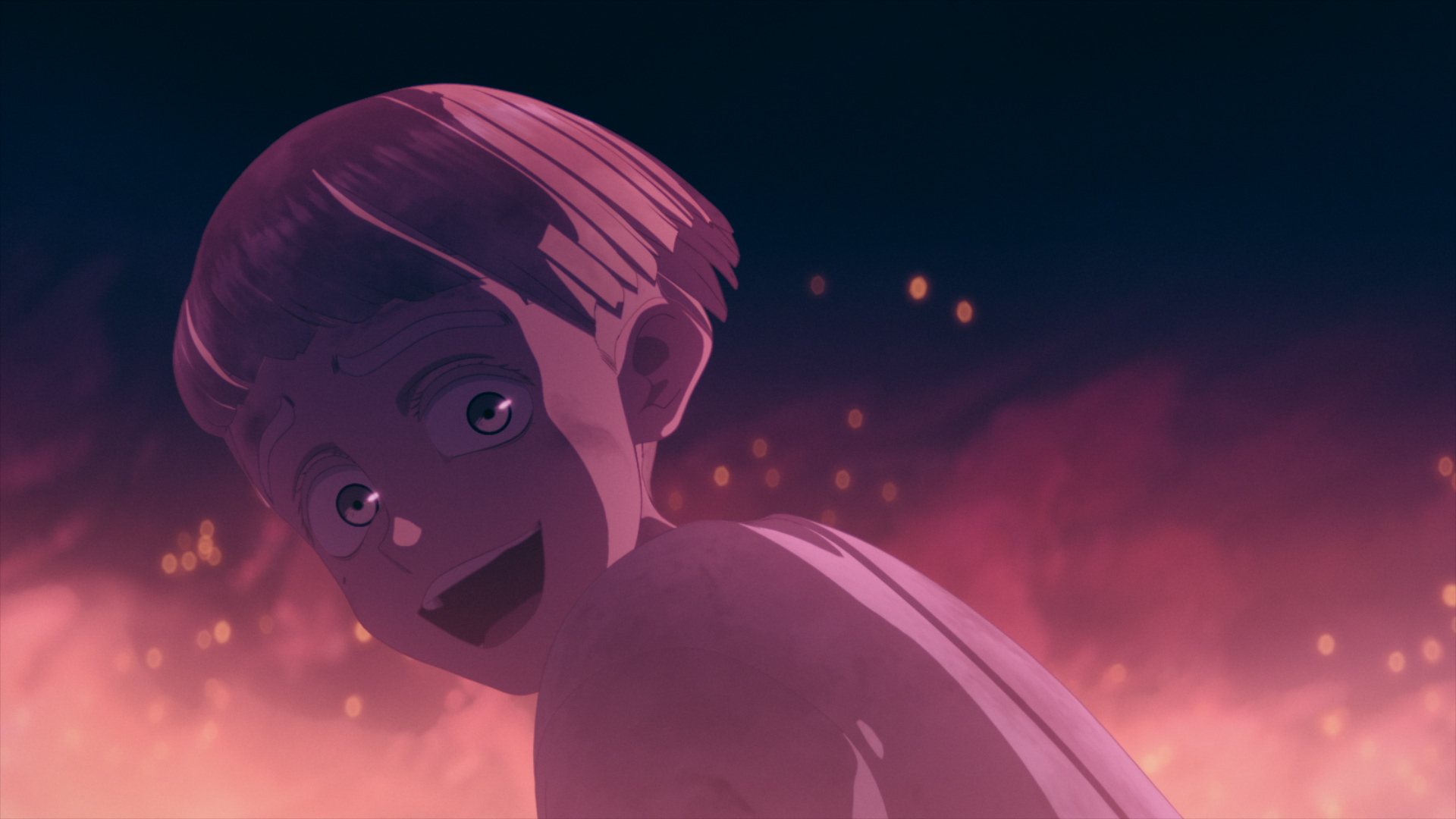 For Takei-san and Waki-san, what about your individual experiences with Trigun? What do you think it is about Nightow-sensei's series that makes it so special and enduring?

Waki: I used to work at Madhouse — and that is, of course, where they made the previous TV series and the theatrical version — and the person who produced that show is called Masao Maruyama. He is maybe about 81 or 82 years old right now, but he is one of my mentors, and I was feeling that I wanted to work on a show that one of our legends worked on.

Takei: For me, I was actually reading the manga when I was 13. At the time, you might be able to say that to me it was something like a fairy tale or fable; the type of fiction that teaches you these life values. So to me, the way Vash is — you don't show off your power, you're kind to people — taught me a lot of ethics, a way of life, sort of. So, I was thinking that I want to live like Vash.

In recent comments about the series, Takei-san mentioned the enthusiasm [director Kenji] Muto-san has for the source material. Was it that enthusiasm that led Orange to choosing him as the director for the project?

Takei: There might be a little misunderstanding in the press release, but how I approached Muto was that he used to actually draw comics, and he likes American comics, as well. Trigun has the elements of American comics, so I thought he might be interested in Trigun. I also thought Muto's directing style would be a great fit for Trigun because his action is particularly fantastic, and in the storyboards he executes the drama throughout the action. I think that's something that really fit for Trigun. 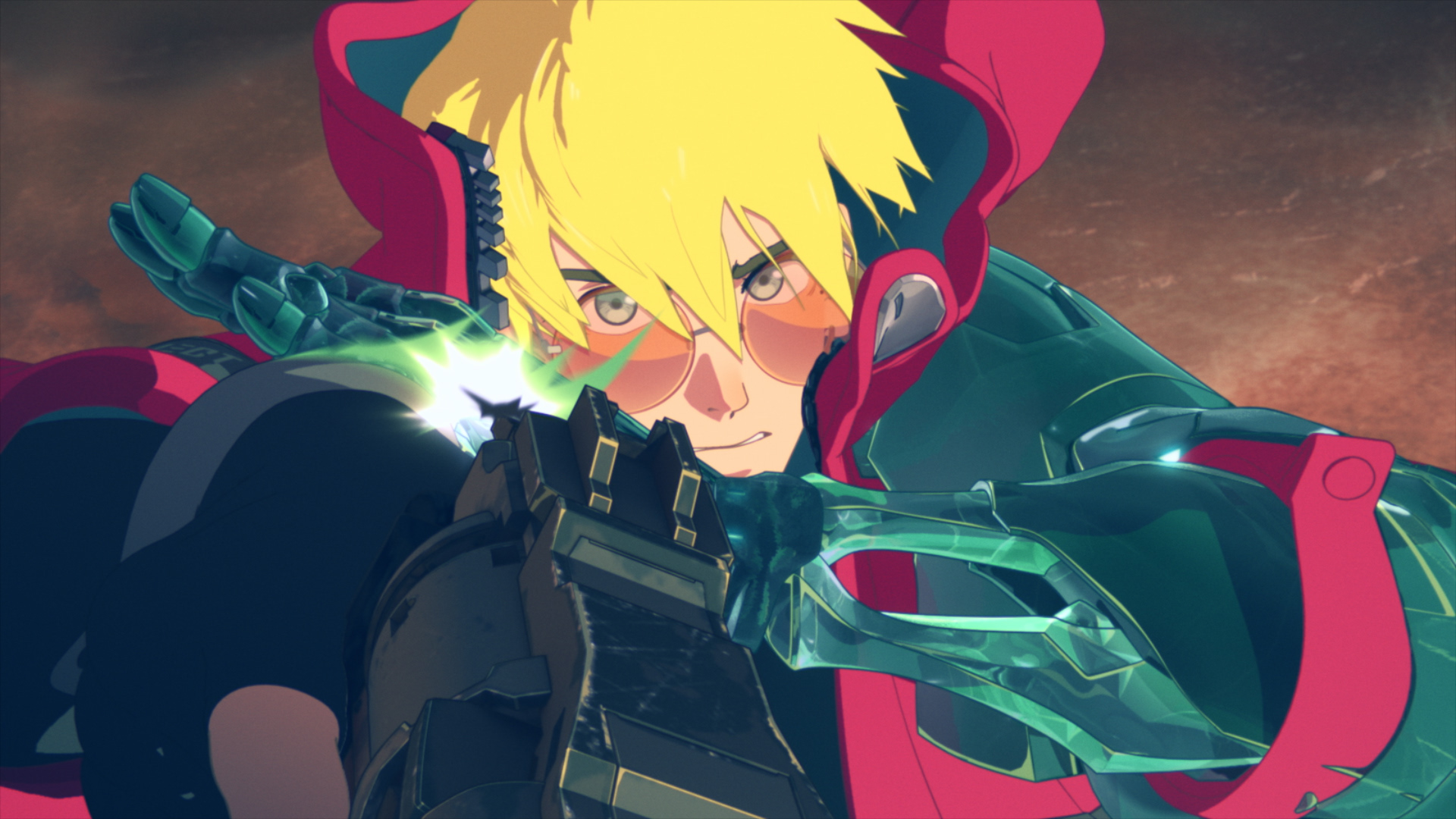 Do you have a message for all the Trigun fans out there?

Nightow: What the fans could see of this new Trigun right now is limited. What they see right now might be largely different from what I see because I'm seeing the whole picture. How things unfold, how the elements are designed; the details might be different from what they imagined, but if you see the whole picture, if you watch the whole show, to me it feels like this is Trigun. I hope once the anime is released that everyone can watch it and talk about it.

Waki: Right now the director, some of the cast and the concept artist have been announced, but for the character designs, mecha designs, and even script and music, all of these are excellent, magnificent staff. I can't wait to reveal all the other staff, so I hope people will look forward to it.

We'd like to thank Yasuhiro Nightow, Katsuhiro Takei and Kiyotaka Waki for answering our questions, and Orange producer Yoshihiro Watanabe for interpreting. Look for TRIGUN STAMPEDE to make its way to Crunchyroll in 2023!