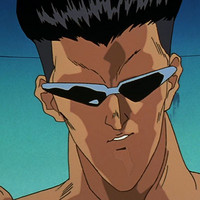 At the end of the Spirit Detective saga in Yu Yu Hakusho, we meet the Toguro brothers. The older brother, Elder Toguro, is small and lithe, often seen sitting atop his younger brother's massive shoulders. The baby brother is Younger Toguro, clad in dark glasses and bearing a hulking physique. Elder Toguro is cocky, demanding fealty from his opponents and constantly attempting to manipulate the emotions of those he deems lesser. Younger Toguro is soft-spoken and direct, a strong man who craves nothing but more strength.

By the end of the series, both will be doomed to eternal suffering. 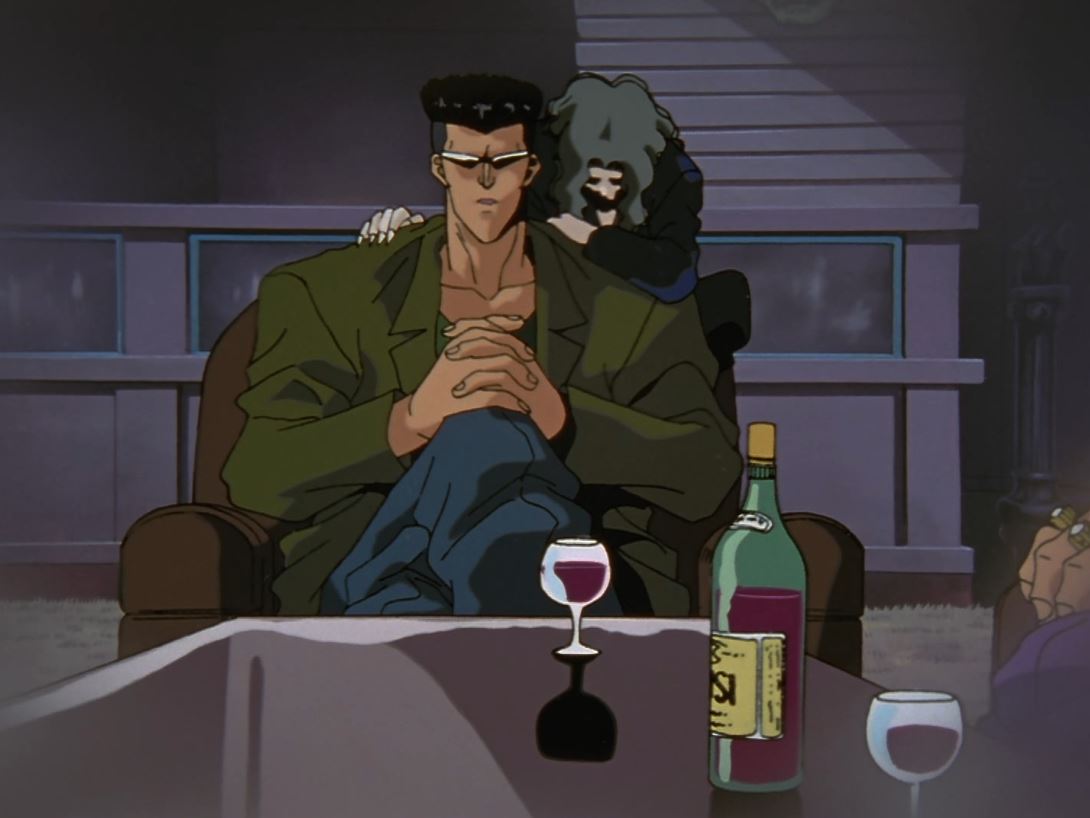 Both brothers had been trained from a young age for combat and both were distraught when a demon slaughtered the members of their dojo. They entered the Dark Tournament with Genkai, and upon defeating the aforementioned demon, were given a wish. The brothers chose to be demons themselves — Younger because it would allow him to gain the kind of strength that would never allow him to lose (or lose anyone else) again, and Elder because he'd be able to subjugate or defeat anyone he saw fit. It was a decision that horrified Genkai, who'd been in a relationship with Younger Toguro and had been desperate to see him be rid of his obsession with power.

In Yu Yu Hakusho, the quest for strength never comes without gruesome side effects. No character is immune to it. Even main character Yusuke is thrown into an existential nightmare upon realizing his demonic roots and his apparent inability to prevent himself from enacting violence. In Toguro's case, one of the reactions to his ambition is the warping of his musculature and frame. The bodies seen in Yu Yu Hakusho and other Weekly Shonen Jump properties are often fantastically aspirational, muscle-bound bodies that just get more and more strapping as their power levels rise. Toguro certainly goes through that, but then it starts to change. His skin changes to a deathly grey, his once broad shoulders and chest become distorted with spike, muscle and bone. His entire head becomes a crown of mutated flesh. It's doubtful that his cool sunglasses would even fit afterward, the worst misfortune of all. 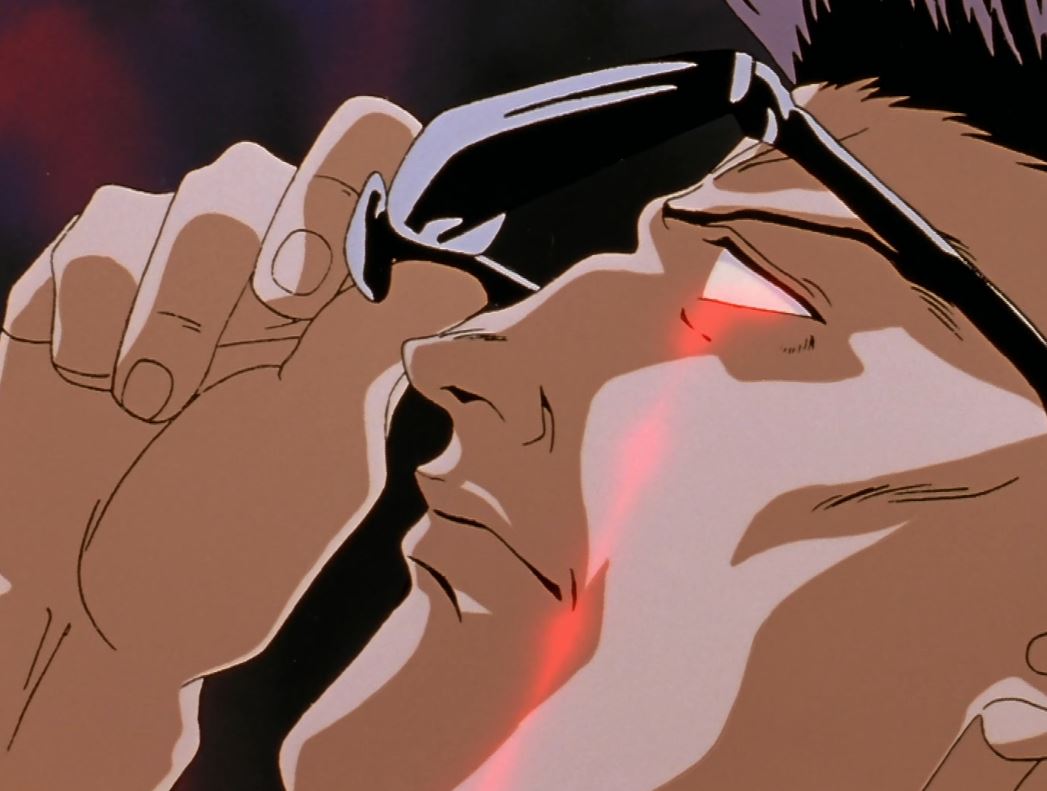 Meanwhile, Elder Toguro is able to reshape his body, skeleton and vital organs, turning him into the very definition of the common battle anime trope "Yay! We hit him with the final, decisive blow! Oh wait..." However, both brothers do end up losing in their final matches in the acclaimed Dark Tournament saga of Yu Yu Hakusho. Younger Toguro relishes it and the battle, finally at peace with the idea that someone, Yusuke Urameshi, is stronger than him. It allows him to find rest, rest that Elder Toguro refuses to accept. He's blown apart, a shock he can barely comprehend until the very end.

It's here that we reach the first damnation of the Toguro brothers. Younger, accepting his limbo sentence of 10,000 years of punishment for 10,000 cycles, meets Genkai on the bridge of the afterlife. She is about to be returned to life, once a victim by his hand now to be returned thanks to his wishes. Younger doesn't believe he deserves better than that, a stark contrast to Elder who believes he deserves so much more. Elder's remains end up being found by Shinobu Sensui, and he joins the Sensui Seven, devoured by Gourmet so that he can have and control a new body.

This leads him back into conflict with Yusuke and his team of Best Boys and also to his own end. By now, everyone is pretty sick of Elder Toguro, so Kurama ends up locking him in an eternal hallucination. Trapped in a Tree of Depravity, he will spend forever desperately trying to cut his enemy down to no avail. He will never tire and never die and never succeed. 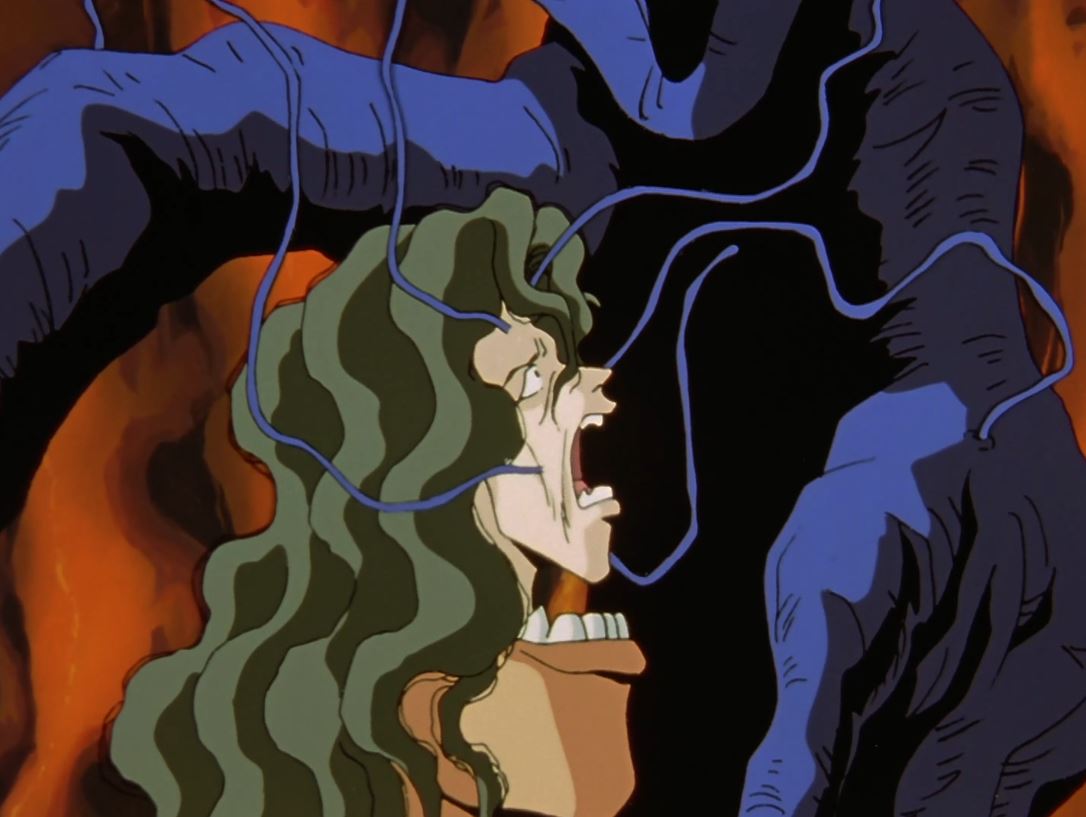 To tie the two brothers together through their "afterlives" is a great creative choice — in many cases, a fighter's story is pretty much wrapped up when they lose. By extending each character's stories indefinitely, audiences are given a chance to re-evaluate their place in the wider themes of Yu Yu Hakusho. Younger Toguro isn't just an example of how the unbridled quest for strength can warp you — he's a product of what happens when you're unable to forgive yourself. In that way, Younger Toguro has always been on this eternal path ever since he became obsessed with not being strong enough to stop the deaths of his peers and pupils.

Meanwhile, Elder Toguro's powers make him almost invulnerable, and if he'd been able to accept his loss in the Dark Tournament and come to terms with his failure, he could've done anything else. But he had to get stronger and get back to full capacity as quickly as possible. It leads him into a foolhardy charge against Kurama, and now he'll never rid himself of that desire for vengeance. The blood-curdling shrieks he emits as he becomes locked into his torment forever are his final side-effect of that passion for power. It was the one part of himself that Elder Toguro couldn't change.

Tags
yu yu hakusho
« Previous Post
Shikimori and The Maid I Hired TV Anime Cuddle Up in Collaboration Visual
Next Post »
The Band is All Here in Bocchi the Rock!! TV Anime Character Visual
Other Top News
2 Comments
Sort by: