FEATURE: Catch Up Before Overlord Season 4 With This Helpful Beginner's Guide

Catch up on all things Overlord before watching Season 4! 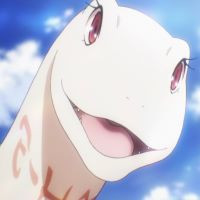 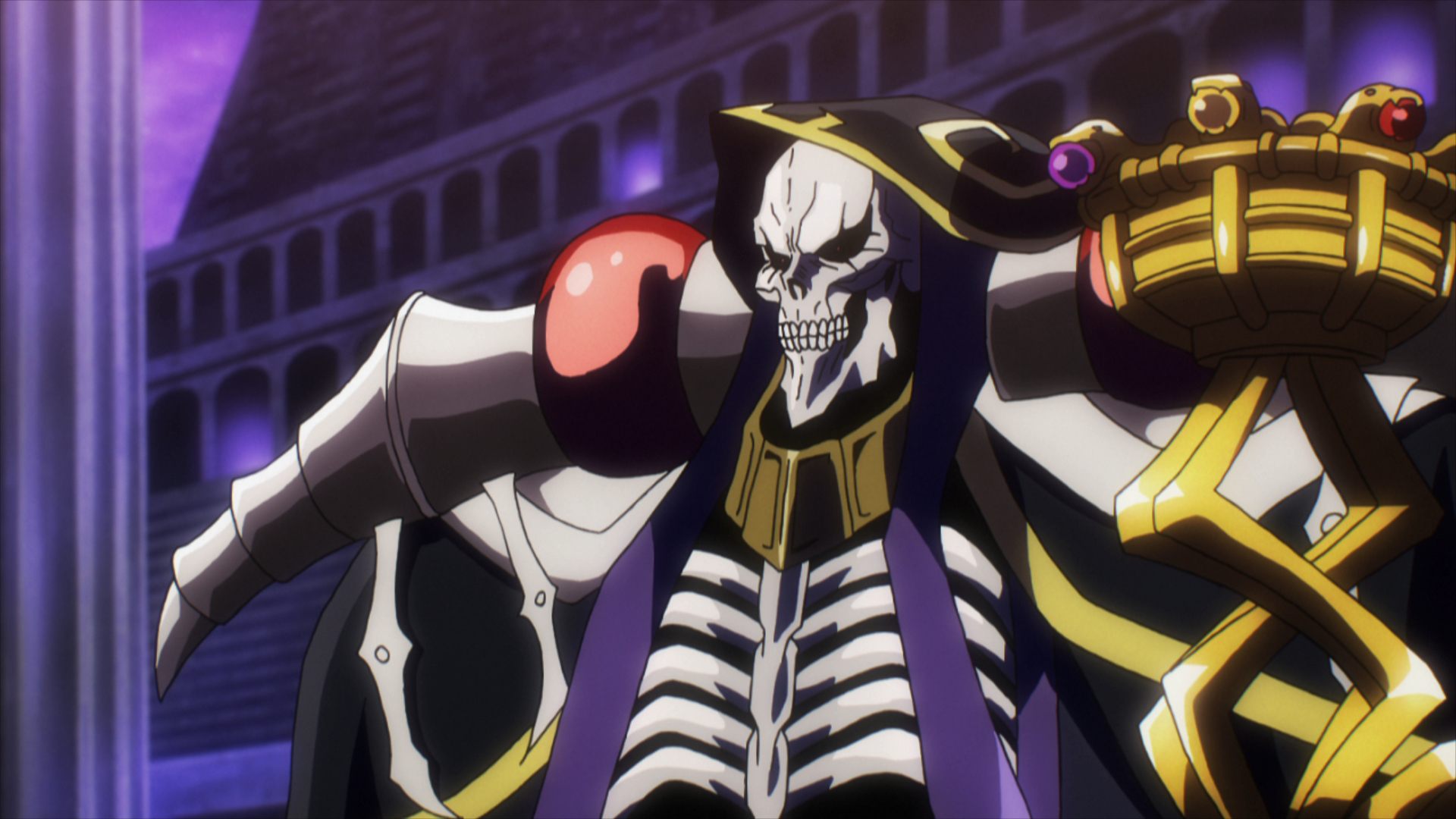 Fan-favorite and long-running isekai series Overlord's new season has arrived! But what if you haven't started the series yet or need a bit of a refresher after the wait for Season 4?

Previously, this series spaned three seasons, three movies, four ONAs, two specials and one OVA, not to mention the non-canon spin-off series ISEKAI QUARTET, so knowing where to start can be more than a little daunting. Rewatching everything as a refresher prior to starting Season 4 can be time-consuming too.

As always, I've gotcha covered! If you're looking for a handy little guide to everyone's favorite King of the Boney Boys, then look no further!

Welcome to the vast world of Overlord, an isekai where the protagonist is the bad guy and everyone — humans and NPCs alike — have been transported to an unknown fantasy world. 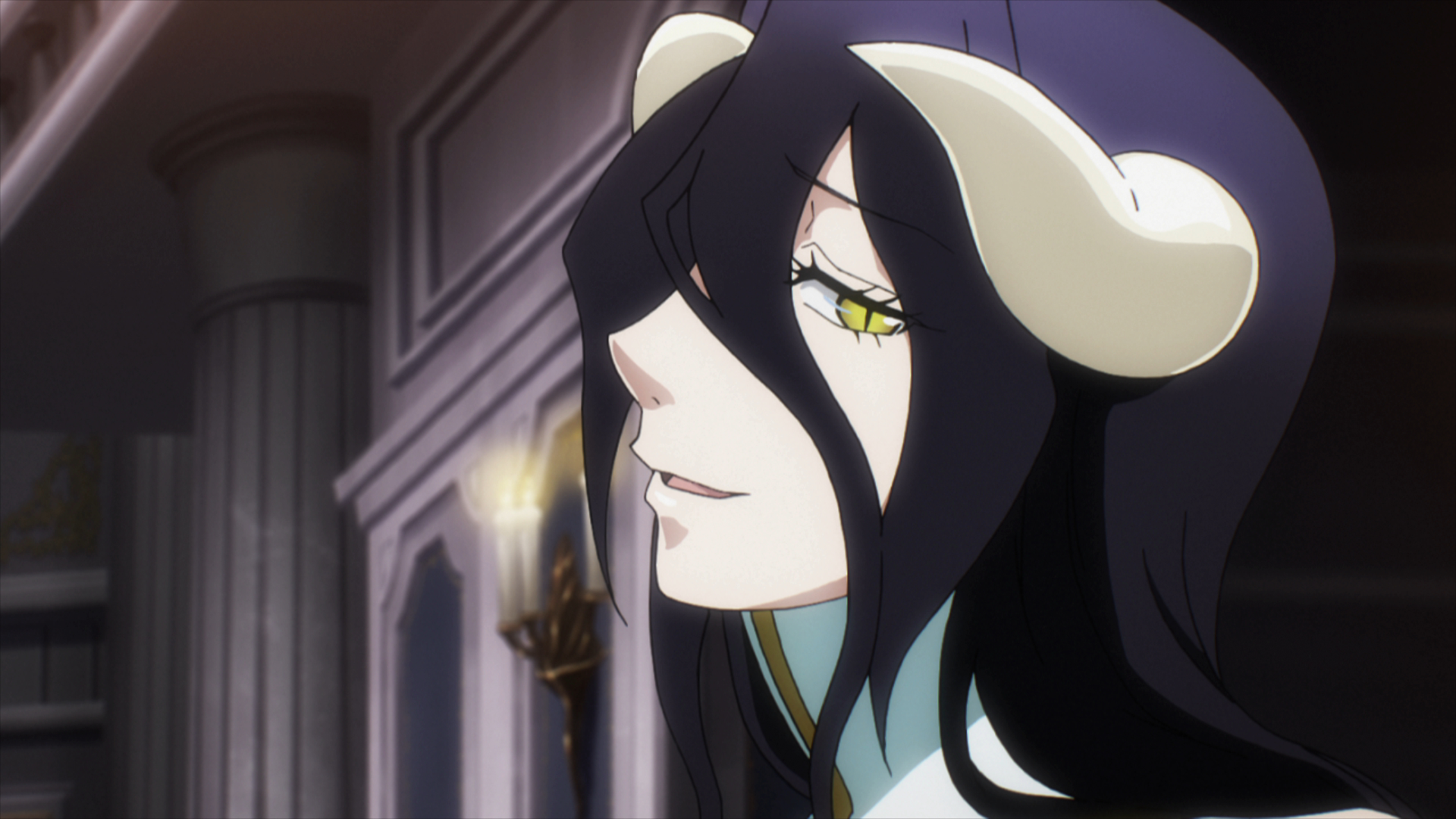 Overlord begins slightly differently than many other isekai. Instead of having a run-in with Truck-kun or getting stuck in a video game world, like Sword Art Online, a Japanese salaryman with the username Momonga is the very last member of his long-running guild in the MMORPG YGGDRASIL. On the very last day the servers are running, Momonga sits and waits in his now-empty guild hall until the servers finally go dark in silent testament to all he'd built as guild master and the good times spent with friends.

Only, nothing happens. The servers don't seem to shut off, and he can't log out. What's more, everything outside of The Great Tomb of Nazarick, the giant, tomb-like dungeon of a guild hall Momonga had built along with his former companions, is physically located in ap lace he'd never seen before, either in-game or out.

Now he, along with all of the NPCs of the guild, find themselves in a new world entirely... one ripe for conquering. 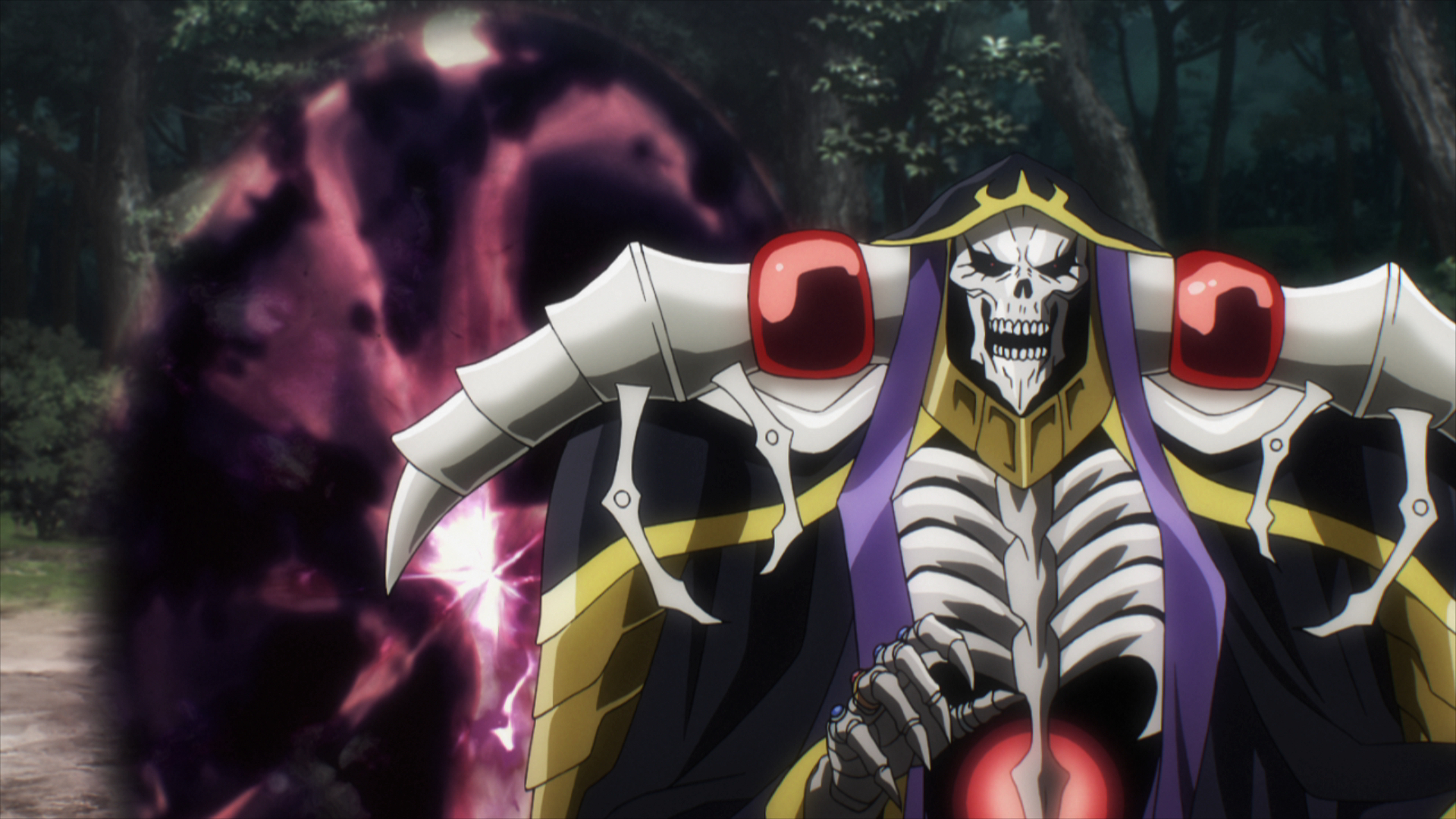 Now stuck in a new, unknown land, Momonga finds himself trapped in the body of his in-game avatar. This usually wouldn't be too bad, but this avatar comes with a learning curve. The Great Tomb of Nazarick was a guild for people who played as monsters, undead beings and other creatures usually considered one of the "bad guys," after all. Momonga is an undead lich king, a fearsome-looking, magic-wielding, totally OP undead overlord.

With enormous stats, phenomenal passive skills and abilities that s found more like myth than reality comes great responsibility. All of the beloved, though usually nonsentient, NPCs now seem to have personalities and can speak and act like, well, real people instead of carefully coded ones and zeroes. Suddenly, Momonga, now going by the name Ains Ooal Gown, isn't just running a guild. He's found himself followers who will do anything for him, people under his care whom he needs to protect.

The Guardians of the Great Tomb of Nazarick 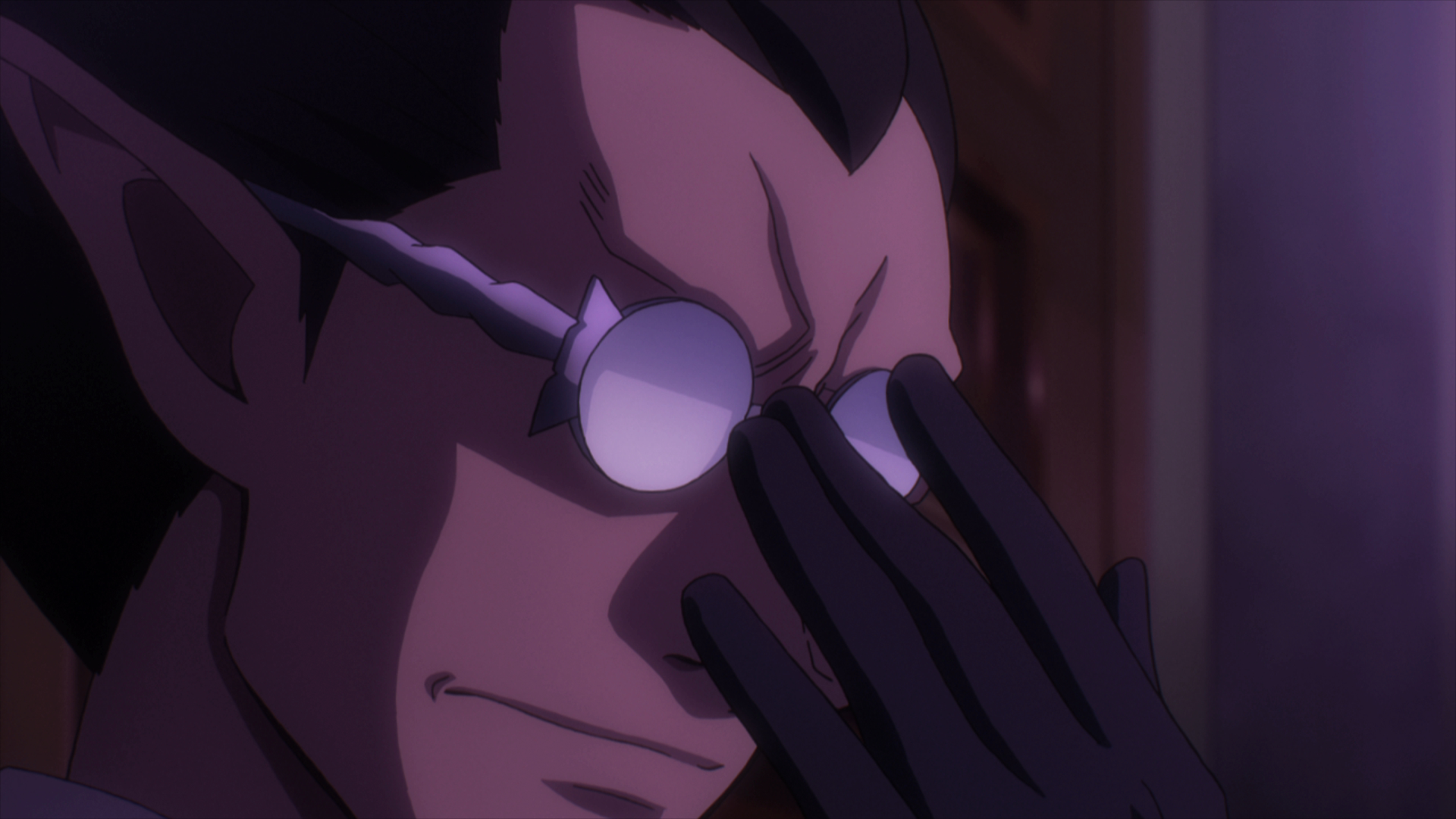 The Great Tomb of Nazarick is home to tons of characters. A guild has to be protected, after all, and that means things like boss monsters and floor guardians. First is Albedo, the Overseer of the Floor Guardians. She's in charge of the general management and day-to-day running of the seven Floor Guardians, meaning she's second only to Ains Ooal Gown. Speaking of Ains Ooal Gown, the tweaks he made to her character background right before the servers were supposed to be turned off mean Albedo is now hopelessly in love with everyone's favorite lich king.

There are seven floors in total in The Great Tomb of Nazarick. Guarding a total of three floors is Shalltear Bloodfallen, a flirty yet serious True Vampire. Demiurge, a demon, guards the seventh floor and tends to fall towards hobbies and personality traits that are a little further along on the "bad guy" scale. You know, general things like enthusiastic magical experiments on his enemies.

RELATED: FEATURE: 7 Of The Most Powerful Sorcerers in Anime

On the other side of the spectrum are the twins Aura Bella Fiora and Mare Bello Fiore. These two are young elves who have an affinity for magical creatures and plants, though they too have a bit of a dark streak.

But not everyone is of a more humanoid form. Cocytus, another floor guardian, is a monster who falls somewhere between an ant and a mantis that towers over most of his brethren. And let's not even get started on Victim, the guardian of the Eighth Floor.

Who Else Lives in the Great Tomb of Nazarick? 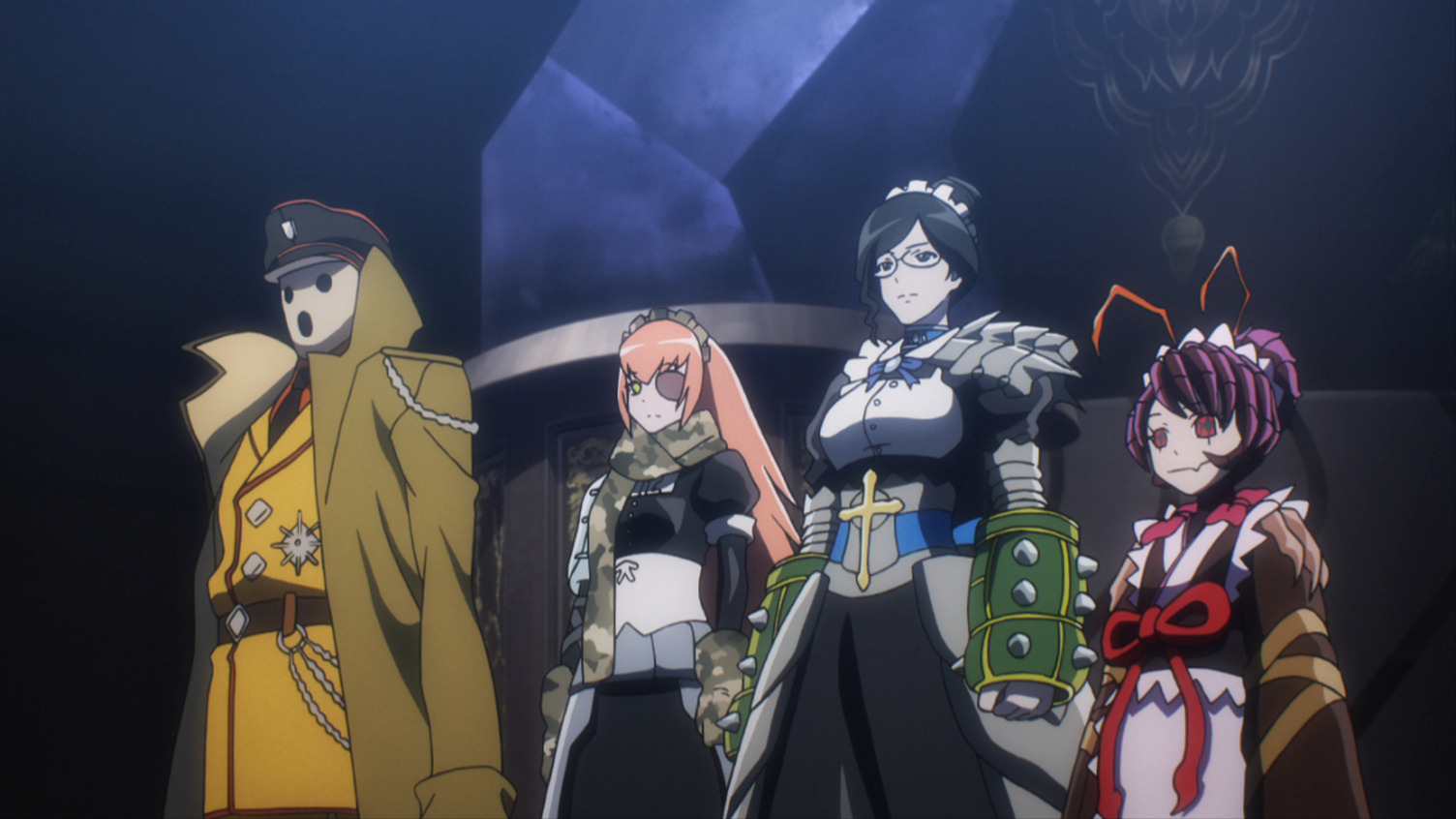 There are plenty of others under Ains' rule as well. Dozens and dozens of them. But I only have the word count for a beginner's guide, not a wiki, so let's take a look at some of the most important.

First, we've got Sebas Tian, an elderly, very human-looking man. Don't let his appearance fool you, though. While he can act a little more altruistically than some of his brethren, his powers are on par with the Floor Guardians, meaning he's no simple butler. Sebas isn't just in charge of all the butlers and maids. He's also the leader of the Pleiades.

Who are the Pleiades? They're the combat maids. Sometimes they're simple maids serving The Great Tomb of Nazarick. But when needed, they go on espionage-filled missions for Ains or join in an all-out battle.

And I can't forget my personal favorite Eclair Ecleir Eicler, a  butler who looks like a rockhopper penguin.

Who Else Lives in this World? 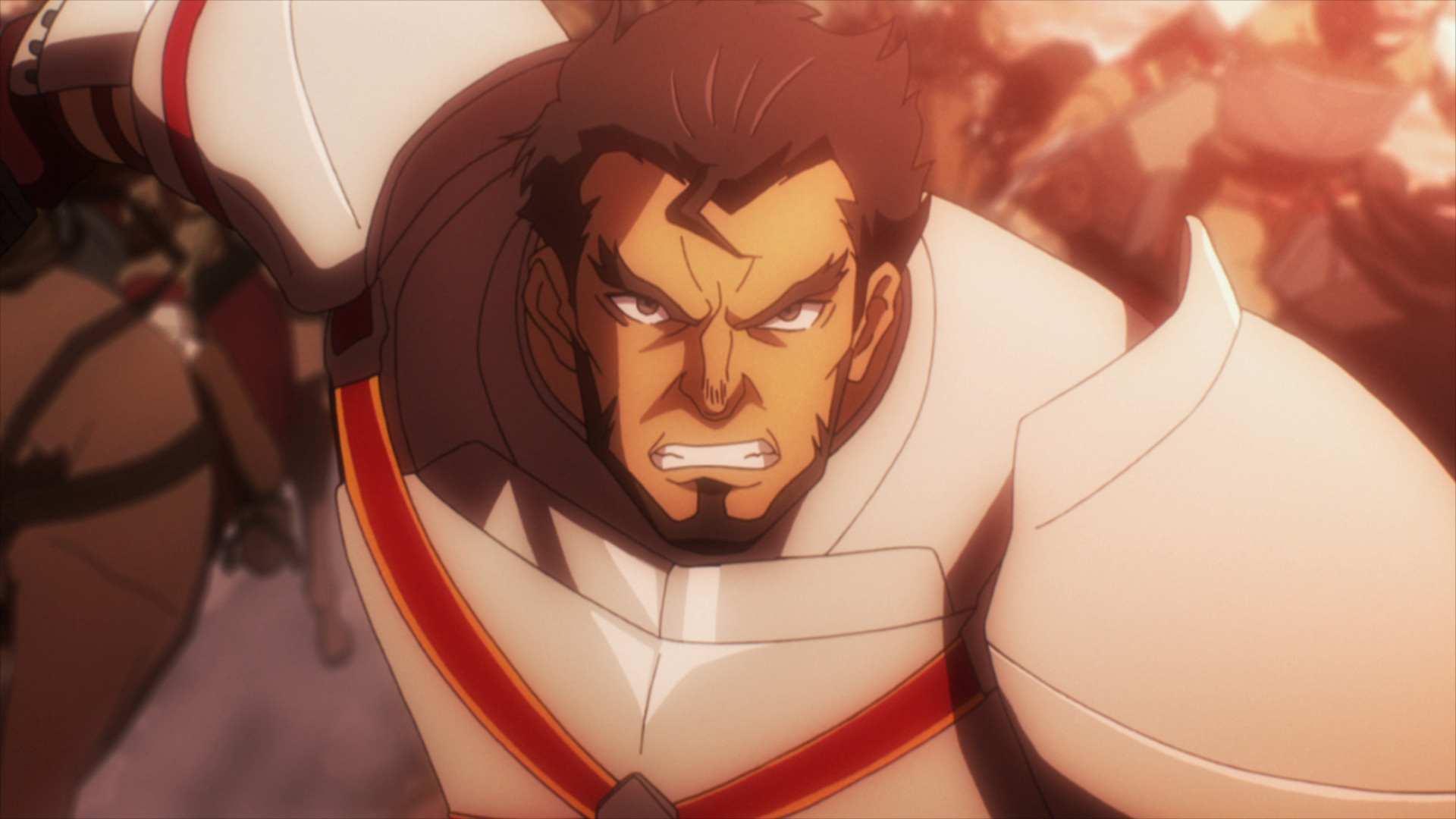 The world Ains and his followers find themselves in is a place with a long history, empires of humans and other peoples and, just maybe, other players stuck like Ains. In order to learn what he's up against, as well as if there are more people trapped like him, Ains has to explore the world himself, disguised as the high-leveled human adventurer Momon. In doing so, a huge new world opens before him.

First is Carne Village, the closest town after the Great Tomb of Nazarick, a tiny little hamlet that borders the Re-Estize Kingdom
and the Baharuth Empire. The village is home to humans and, eventually, a large troop of goblins.

Though ruled by King Ramposa III, the  Re-Estize Kingdom, long past its glory days, is wrapped around the beautiful Princess Renner's finger. But is her soul as pure as people say? Well, her personal bodyguard Climb certainly thinks so. This conscientious young man is certainly a force to be reckoned with too, at least as far as regular old humans are concerned. One of the only people who can beat him is Gazef Stronoff, the Warrior Captain who leads the armies of Re-Estize Kingdom and can't help but cross paths with Ains again and again.

RELATED: Which Fantasy World Would You Be Isekai'd Into?

The Baharuth Empire also lies quite close to the Tomb of Nazarick. Jircniv Rune Farlord El Nix is the current Emperor here. How does he rule his kingdom? Well, he's better known as the Bloody Emperor, so make of that what you will.

Rounding out the trio of human countries is The Slane Theocracy, a country that's antagonized Re-Estize Kingdom more than once. This doesn't make things any easier for Ains, what with the Great Tomb of Nazarick sitting right along the border of the country, meaning Ains has a front-row seat for any theatrics the Theocracy might pull, like trying to pick off tiny, unsuspecting border towns far, far away from help.

Are There Any Countries Filled With Creatures? 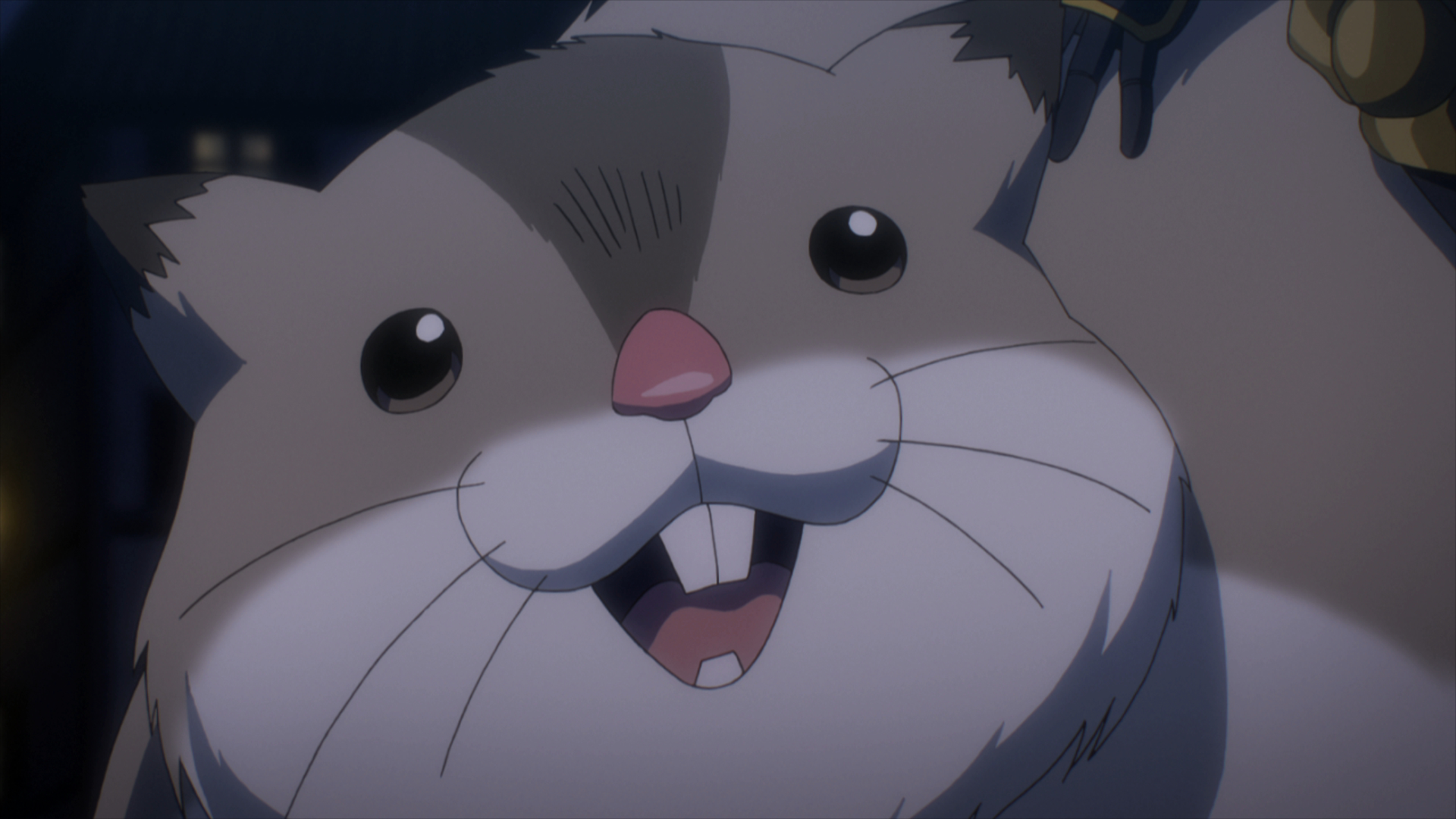 What's a fantasy world without fantasy creatures? Though often smaller than their human counterparts, nonhumans do have their own towns and societies. Near the Tomb of Nazarick are the Lizardmen. These are, well, lizard people, just like you'd expect. They live in wetlands, not very far from The Great Tomb of Nazarick. Of course, being near Ains and his friends isn't always the safest place. Luckily, they have a few stellar warriors among them, namely Zaryusu Shasha and the albino Crushch Lulu, the most powerful magic caster of the lizard people.

And we can't forget everyone's favorite giant monster, Hamsuke. Legends of the Wise King of the Forest have always proliferated the region, but it's Ains who discovers the holder of this title is none other than a gigantic talking hamster with a snake-like tail. 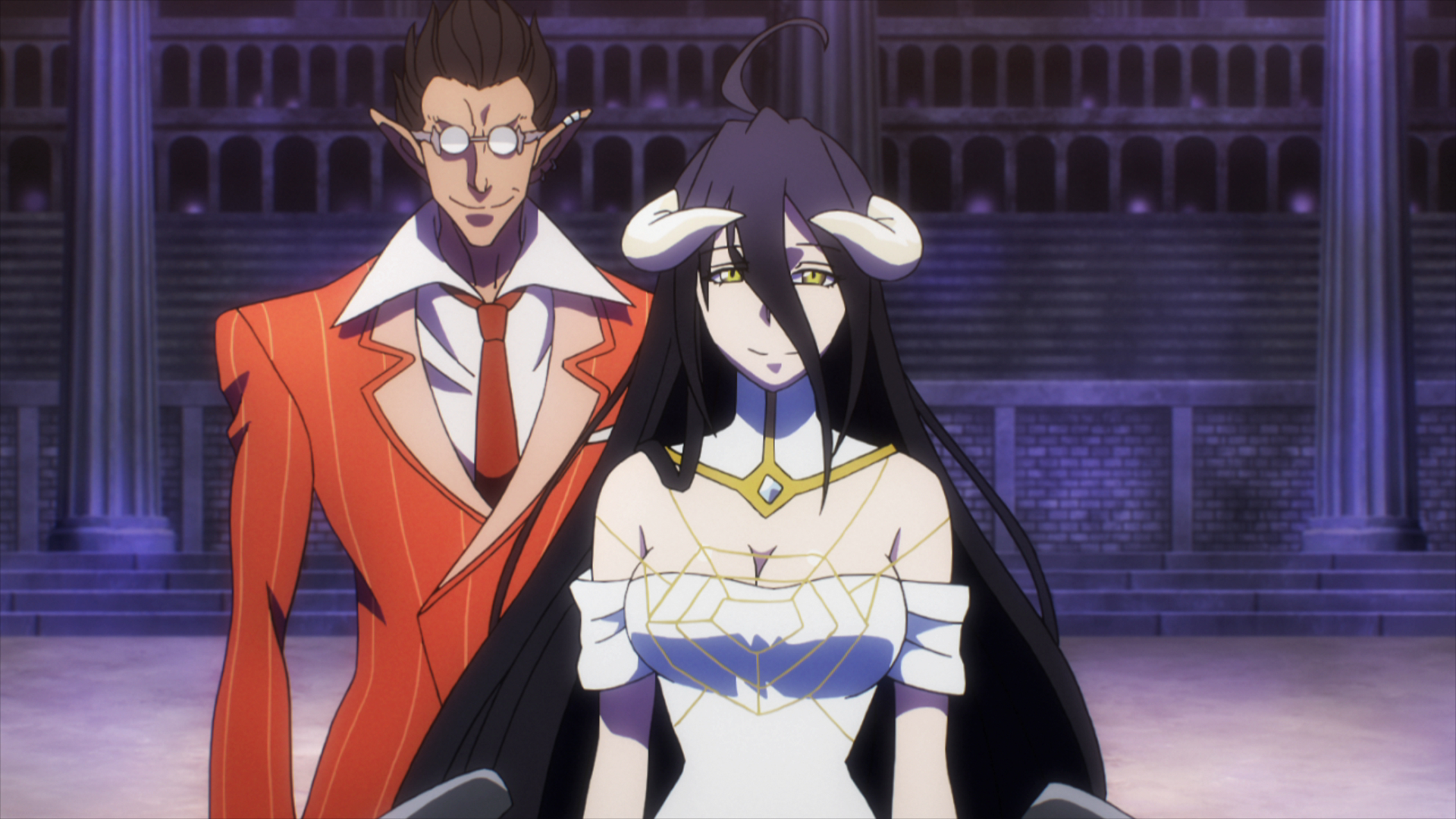 I've tried not to give any spoilers, so go on! Check out the first three seasons and watch the new season today! Hopefully, this little guide helps in the lead-up to Overlord Season 4! I'm not sure about you folks, but personally, I can't wait for more epic battles, Ains Ooal Gown smiting his enemies, cool creatures, intricate politics and an absolute banger of a soundtrack.