FEATURE: 10 Important One Piece Episodes That Show How The Story Evolved 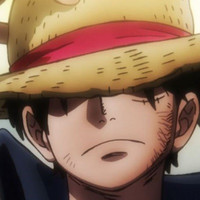 On July 22, 2022, One Piece turns 25 years old. And to this day, the call of “You should watch One Piece” remains a familiar one. So, in order to celebrate its consistent quality and wonderful longevity, I’d like to dive into how the story has changed over time through the lens of 10 distinct episodes. Each of these installments has made One Piece feel even grander and more well-rounded, adding depth in a way that makes rewatching and re-reading the series an absolute pleasure. 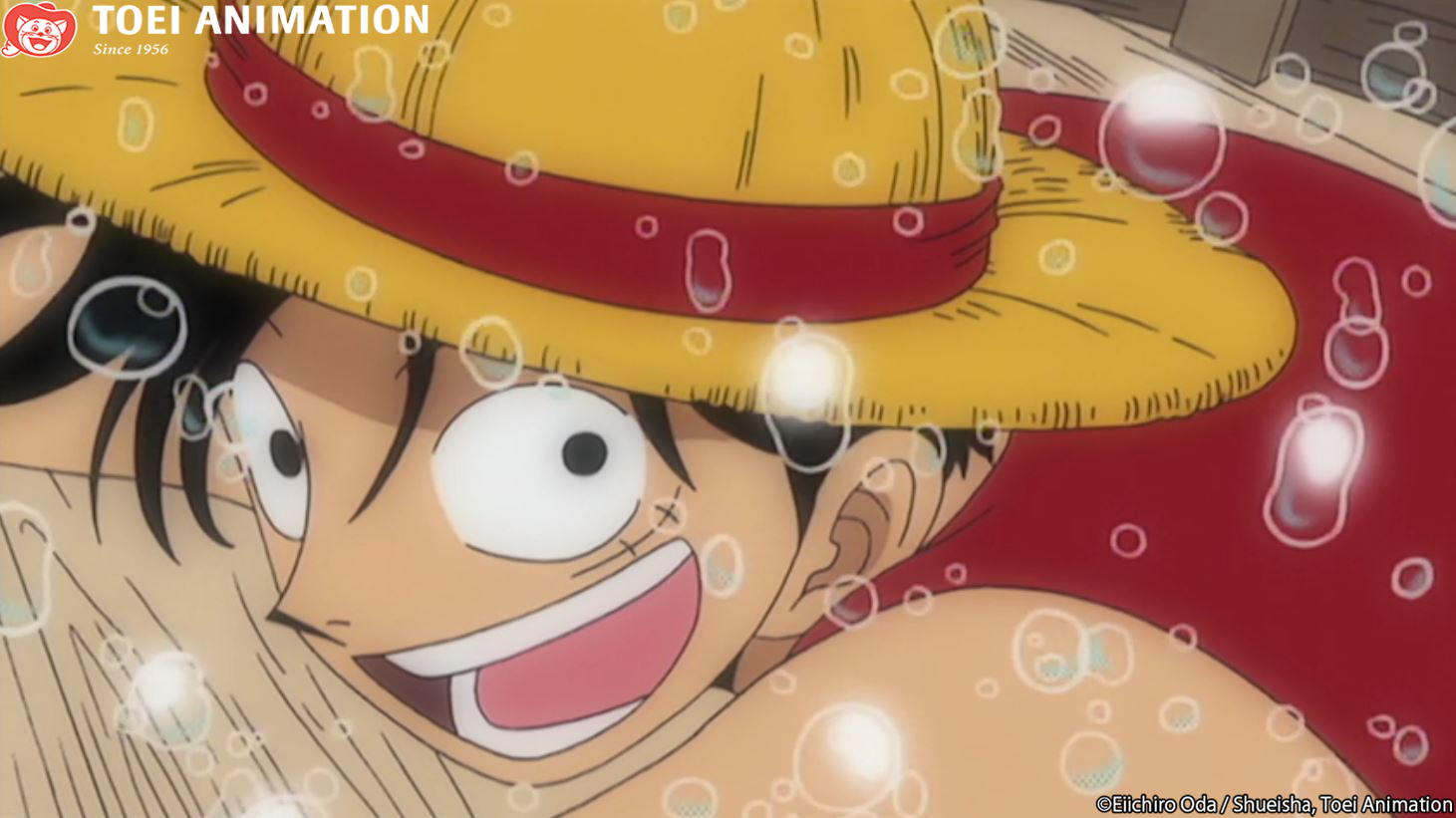 It begins with a boy in a barrel and a cat burglar. Little bits of worldbuilding are laid down among the massive scope of the series, with the details being treated with appropriate wonder. Average pirates react in awe to the sheer idea of a Devil Fruit power while Coby stutters in horror when Luffy announces that he will one day be Pirate King.

The climax of the episode is a showcase of that power, but the real hook is the brief moment of connection between Luffy and Nami as Luffy’s little boat crashes into the water. They lock eyes for a second and the rest is destiny. 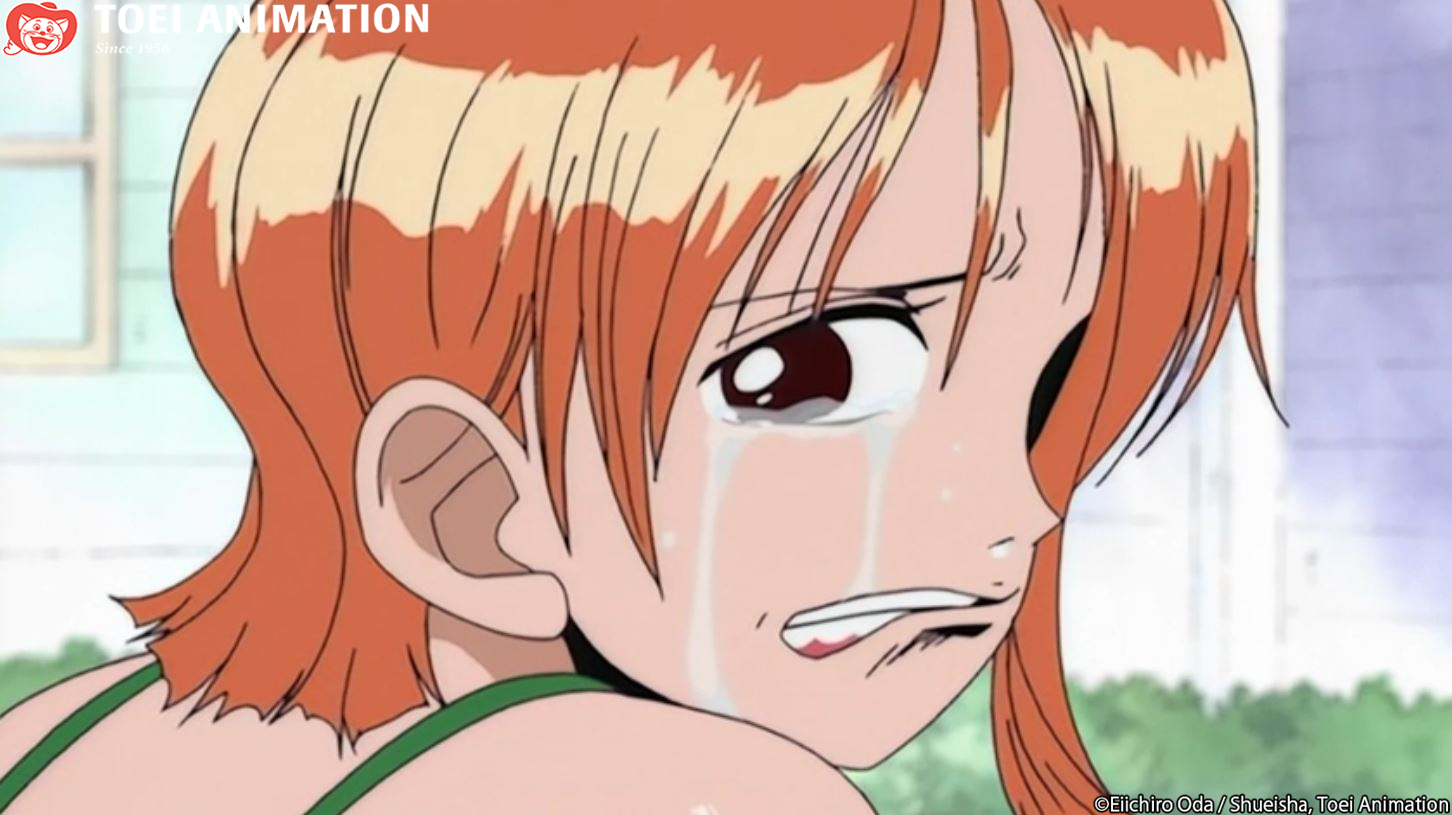 One Piece is all about the building of a myth and of a world fit to bear it. But it’s also a story about humanity. At this point, we’ve seen a few displays of it — Usopp’s dream of his father returning home leads to a psychological support system of tall tales and Sanji grows to understand pure altruism through cooking thanks to the sacrifice of his mentor.

Whatever legends are one day told about the Grand Line will likely not include the girl stabbing the tattoo on her arm, her single motivation having broken down in violent, cruel fashion. That’s a moment just between her and the boy from the barrel, the first stranger she’s ever asked for help. Not even Luffy knows every detail, but her beautiful openness moves him to the extent that he’ll never need to. From then on, Nami will never be alone again. 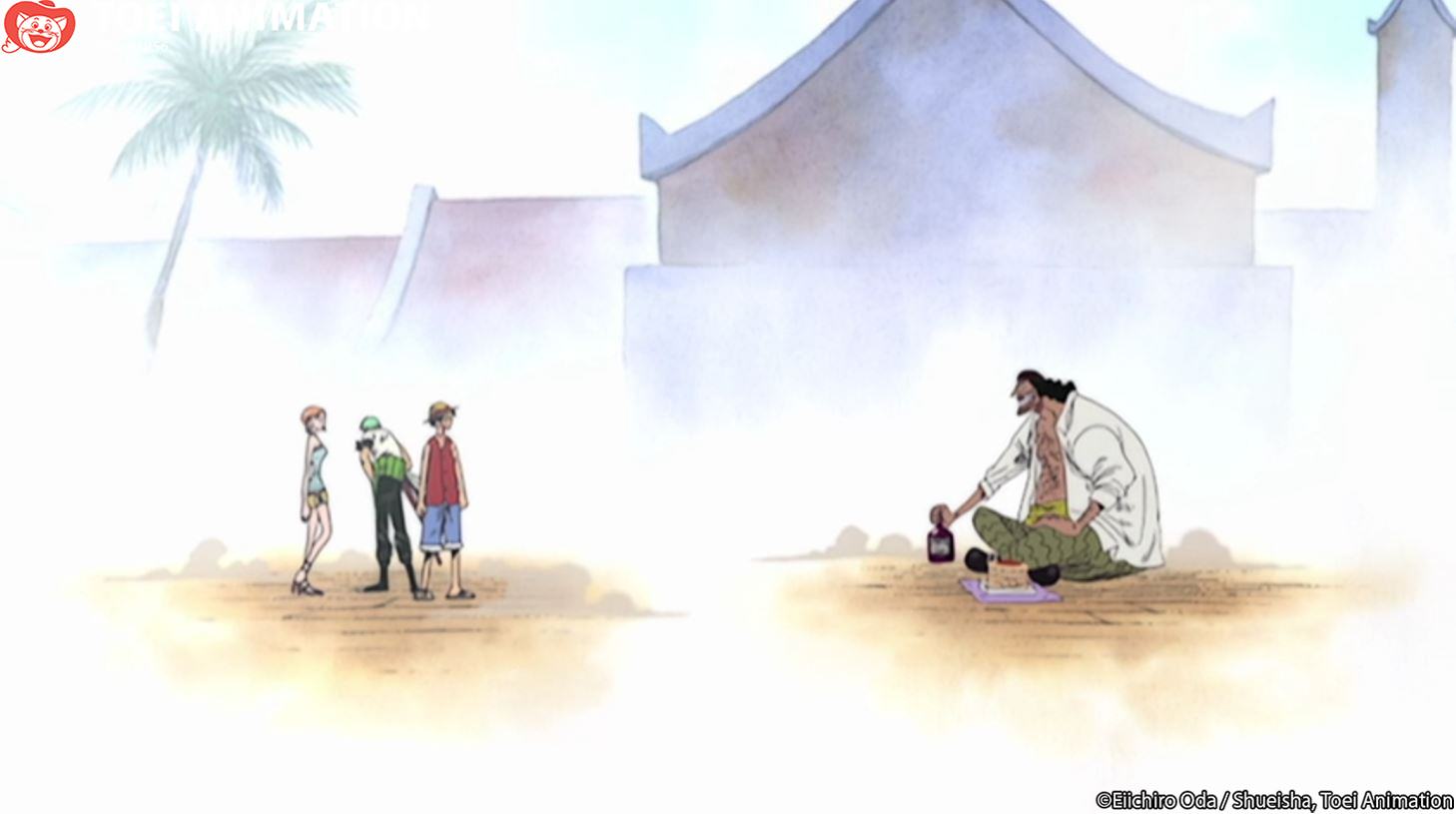 Eiichiro Oda, One Piece’s creator, hesitates to kill the foes of the Straw Hat Crew. He says it’s because what they experience during their loss is a fate far worse than any physical death — the death of their dream. The “Romance Dawn” is a horizon based around dreams, a life of free purpose. Thus, the logic of one character usually operates on the same as another, whether they’re hero or villain.

Blackbeard will come to be Luffy’s ultimate antagonist and will soon cause Luffy the greatest pain of his life. But on the streets of Jaya, the two relate as Blackbeard proclaims that a person’s dreams never die. Luffy will be handily beaten one day and his beloved crew will be cast apart, but his dream will not break, and it’s here that Blackbeard, of all people, reminds him of the fact. 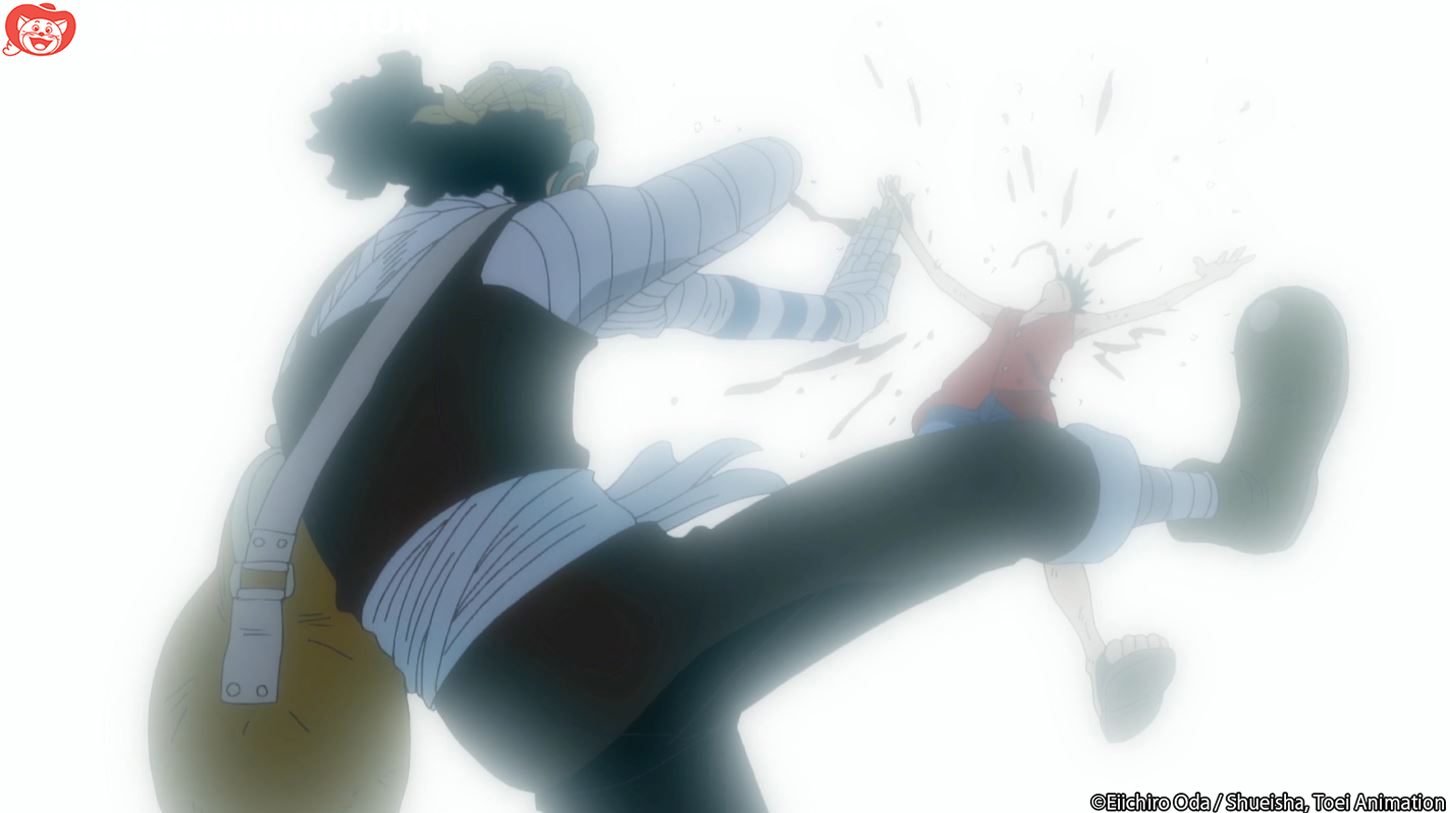 Usopp and Luffy share a special bond. They’re the members of the Straw Hats most taken by the grandness of the warrior’s journey. They differ in power by a huge margin, with Usopp frequently labeled as among the “weaklings.” But he does not stand down when Luffy states that their beloved ship needs to be replaced, nor does he bow when facing Luffy in combat.

Water 7 is an arc about loss — the loss of a crew, the loss of a ship, the loss of hope, and the loss of one's sense of self. As such, Enies Lobby plays like an emotional (and physical) victory lap, the rectification of losses. But it’s not so simple. In a sense, Usopp being willing to fight Luffy is not so different from Nico Robin eventually proclaiming “I want to live!” Both are declarations of will and pushing back against the definitions of “weaklings” or “villains.” Usopp will eventually apologize and Nico Robin will be embraced by her crew once again, but they each must leave the Straw Hats in order to reclaim themselves. 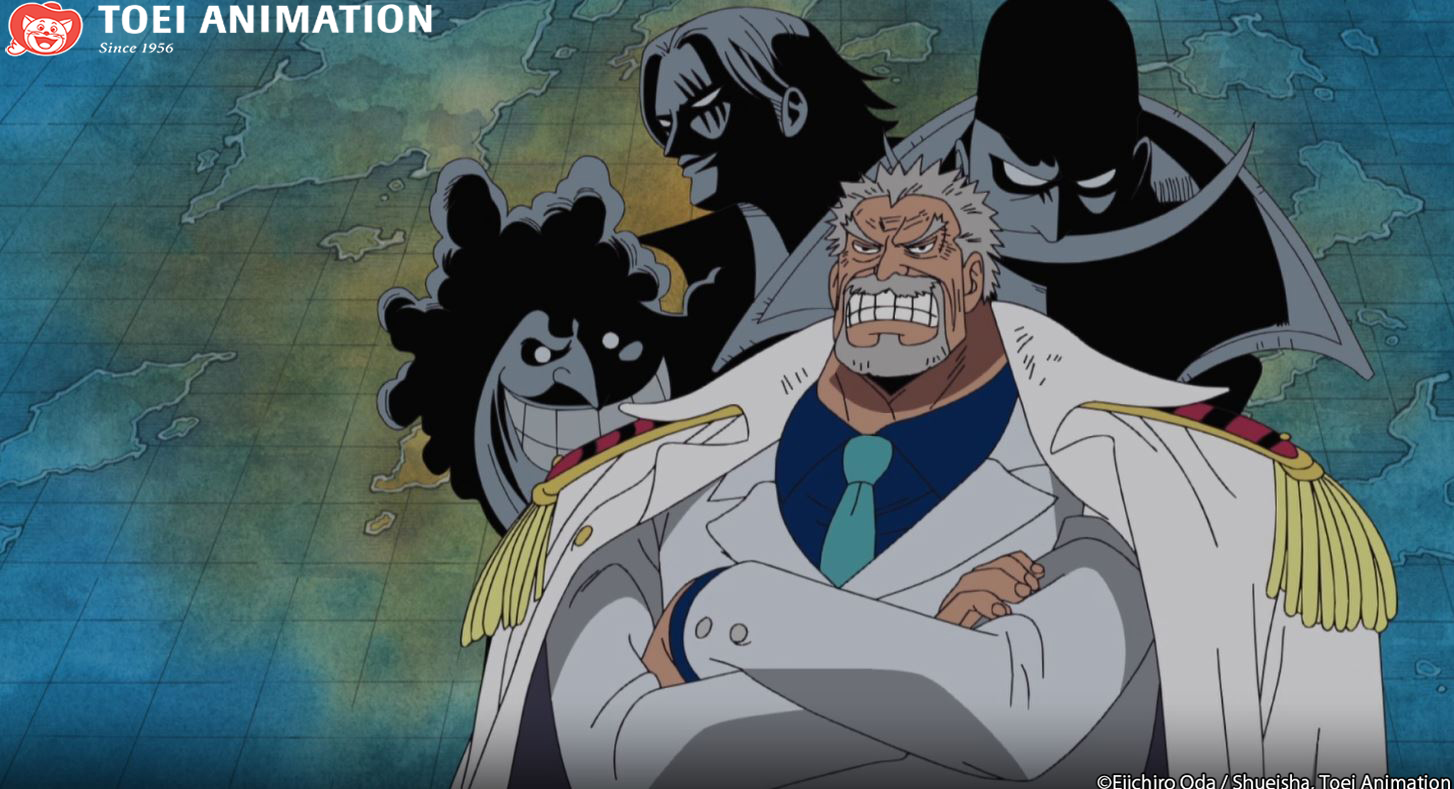 Soon after the Going Merry sinks in a viking funeral, the world of One Piece expands. Immediately after Vice Admiral Garp is revealed to be Luffy’s grandfather, Garp begins to lay down the structure of the Grand Line to come. There are four Emperors, including the beloved Shanks, whose power allows them to treat sections of the sea as their personal domain. Their presence is monstrous, a balancing act with the Navy’s strict code.

But that’s not all. Dragon, leader of the Revolutionary Army, is Luffy’s father, meaning that two straight generations have served as a displeasure to Garp. The Army is also opposed to the World Government, laying down a web of forces that eclipse the kid in the straw hat and his wacky friends.

It’s here that One Piece’s status as a story about an underdog crew ceases to exist. From now on, it will be a part of the machinations of something far greater. Behind the backdrop of the open sea, the gears of history will loudly be at work. 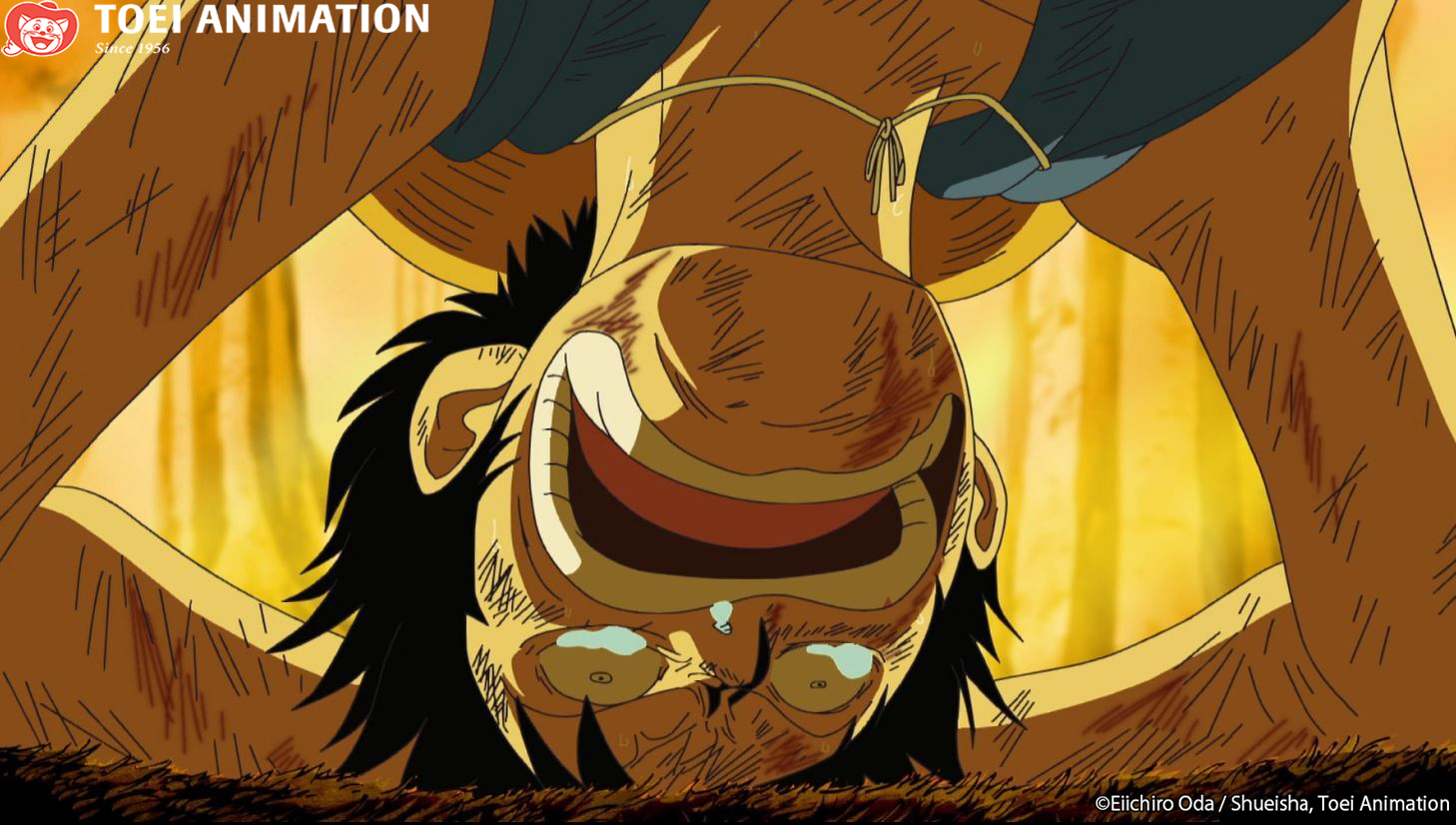 Much of the appeal of One Piece and adventure stories like it lies in the presence of indomitable spirit. If the odds seem overwhelming, you dig deep and find that last gasp of energy or that new refreshing level to rise to in order to get the job done.

It all happened too fast — the crowded, mysterious world hinted at by Garp seemed to descend upon Sabaody Archipelago, leaving the Straw Hats contending at all angles. Here, they’d be introduced to tight-knit crews that rivaled their own infamy, warlords with enough strength to eliminate them with ease, a hierarchy of royalty built upon the utter degradation of the lower class, a physical manifestation of the past who offers a glimpse into the glory that drives Luffy’s will, and a deadly emissary from the World Government who attacks at the speed of light. They never stood a chance.

By episode’s end, we’re given something not too dissimilar from Nami’s breakdown at the end of Episode 37 - everything Luffy thought he had has slipped through his fingers, every measure of confidence and every friend. He “couldn’t even save one of them” he sobs as he writhes in uncharacteristic agony, his iron will sapped from him by his crew’s annihilation. There is no honor and no use in being the Pirate King if you don’t have your Pirate Crew. 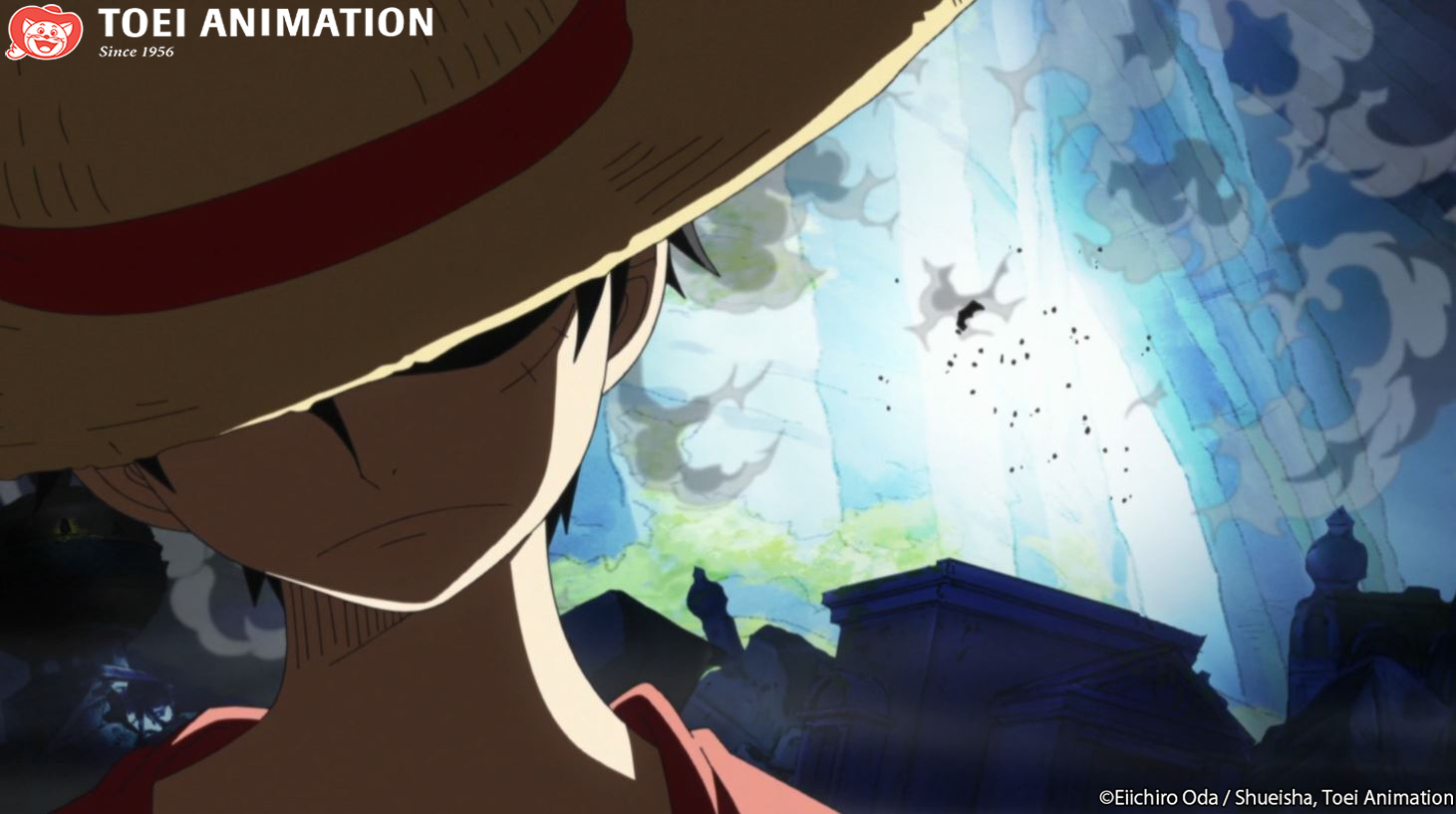 Speed. It’s the most satisfying part of the sequence in which Luffy, Zoro and Sanji take on the Pacifista in their return to Saobaody. One part of it is an upgraded power fantasy thanks to an unseen training arc… but the War was long, a cumbersome and clustered slog against the ice where no man was fast enough or strong enough to escape his own personal doom. Luffy and Ace couldn’t outrun Akainu, Akainu couldn’t outgun Whitebeard, and Whitebeard eventually fell to Blackbeard’s plan. Afterward, the Straw Hats honed their abilities for two years, planning to meet back up where they’d initially been separated.

Luffy dodges the Pacifista’s laser with ease, simply telling it “That’s slow.” It’s similar to what Kizaru told him when he attempted to leap by the Admiral and save his brother, but now, Luffy is ready. The story pays off here in pure, visual satisfaction and the battle against the robots is no belabored escape from apocalypse but rather an easy beatdown. The Straw Hats are back. 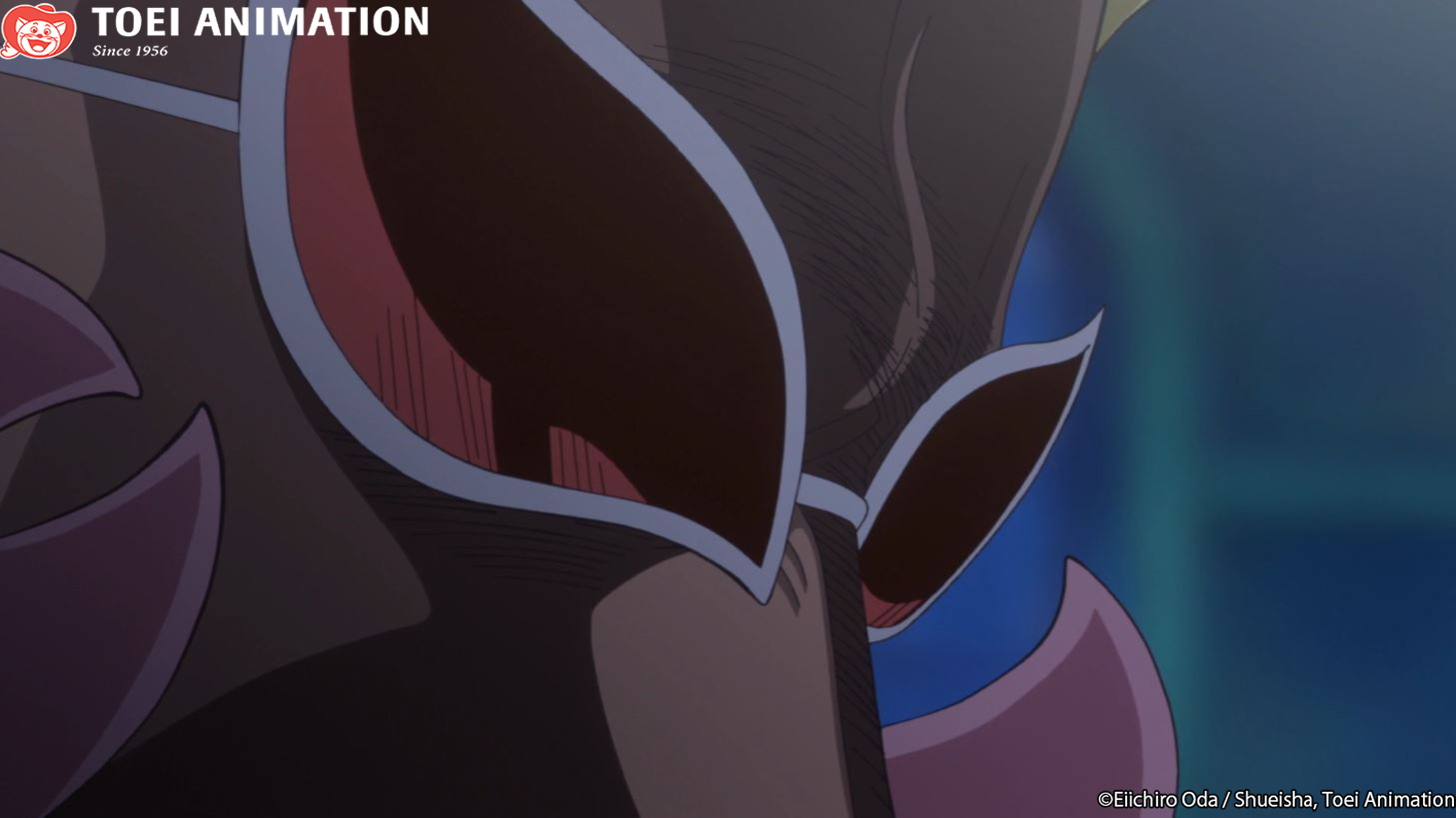 Villains had received backstories in One Piece before, but none quite like Doflamingo’s. Kuro’s life had been one full of disdain for his dimwitted accomplices. Lucci had been trained as an assassin since a young age. Arlong had found himself swept up in a nationalistic movement built on racial intolerance. Doflamingo’s, though, was built around family and the shame that can come from it.

His family had absconded from a life of royalty, only to discover that the blue-collar citizens of the Grand Line hold a deep grudge against their class. His mother died in squalor and his father’s pleas to be accepted back into nobility went unheard. Doflamingo would end up murdering both his father and his brother, the former out of disgust and the latter due to betrayal. Doflamingo had formed his own found family at this point — he did not need the reminder of the past.

No villain, before or since, had been given this elaborate of a backstory, one that was also tied into the story of Straw Hat ally Trafalgar Law. It would cast a new light on the villains of the past, whose sneering crews had sometimes seemed like little more than colorful, randomized henchmen. Instead, like the Straw Hats, they had perhaps been a family. 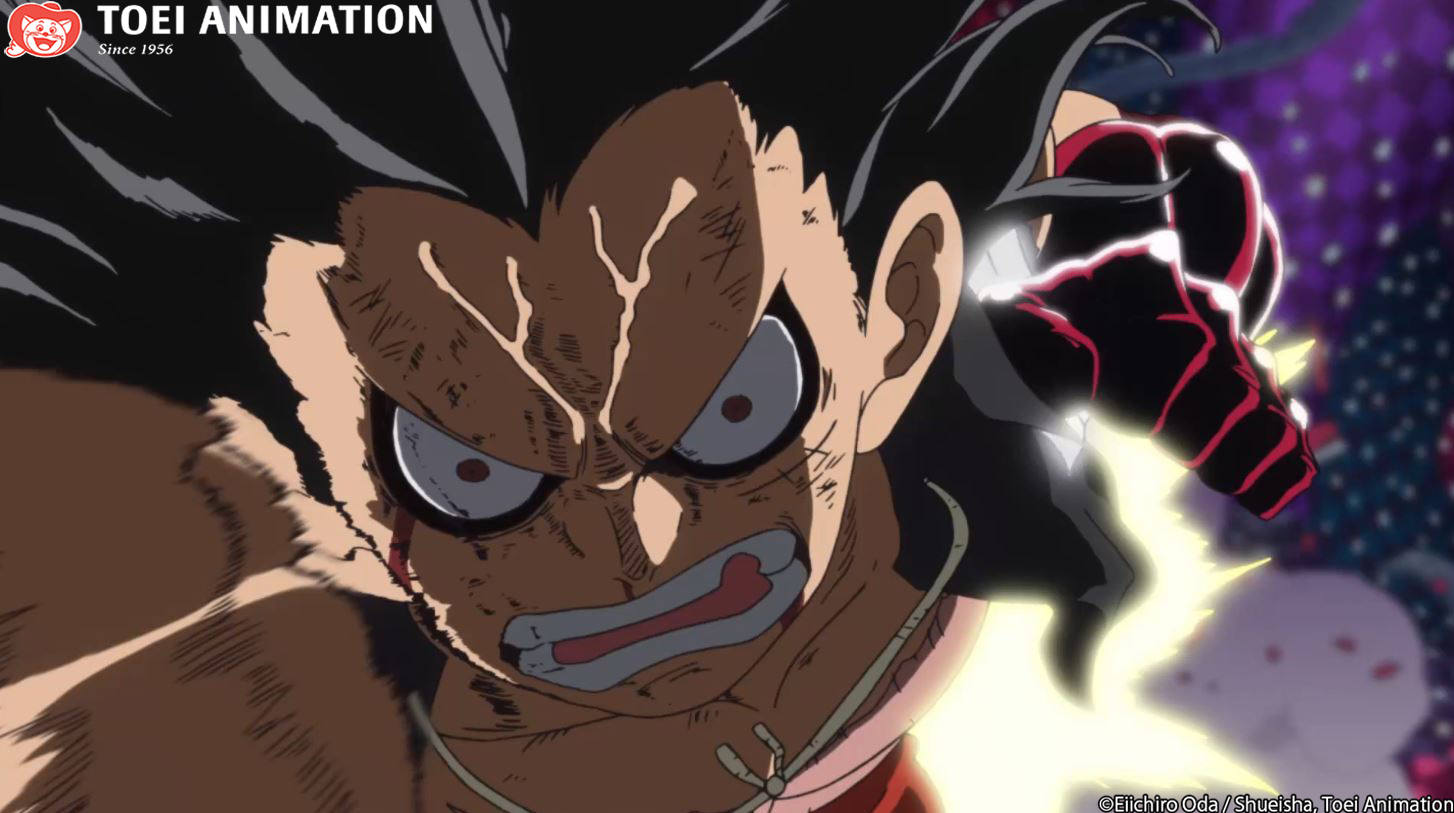 Any dive into the evolution of One Piece’s story would be incomplete without a look into how its battles have changed. They’re currently a far cry from the quick defeat of Axe-Hand Morgan, a villain dispatched with ease after he’d delivered his prime personality trait of “Being mean to everyone.”

The culmination of thoughtfulness in the way that two combatants collide reached its peak in Luffy’s duel with Katakuri, first began as a sort of mini-boss battle with Big Mom’s strongest son and later becoming a reveal of inner ambition. Katakuri is too strong and his mastery of Color of Observation Haki is just too capable, but Luffy refuses to go down. The kid’s resilience impresses him and forces him to consider what he’s actually fighting for aside from pride.

Luffy’s “Snakeman” form in Fourth Gear is barely enough, so when Katakuri falls, one may wonder if it’s a mutual acceptance that Luffy was the one who needed to win. Katakuri hints that Luffy will be Pirate King one day, harkening in the aforementioned era of the “free purpose.” It turns Katakuri’s loss into a victory for his future and hints at what Luffy’s ideal world might look like. 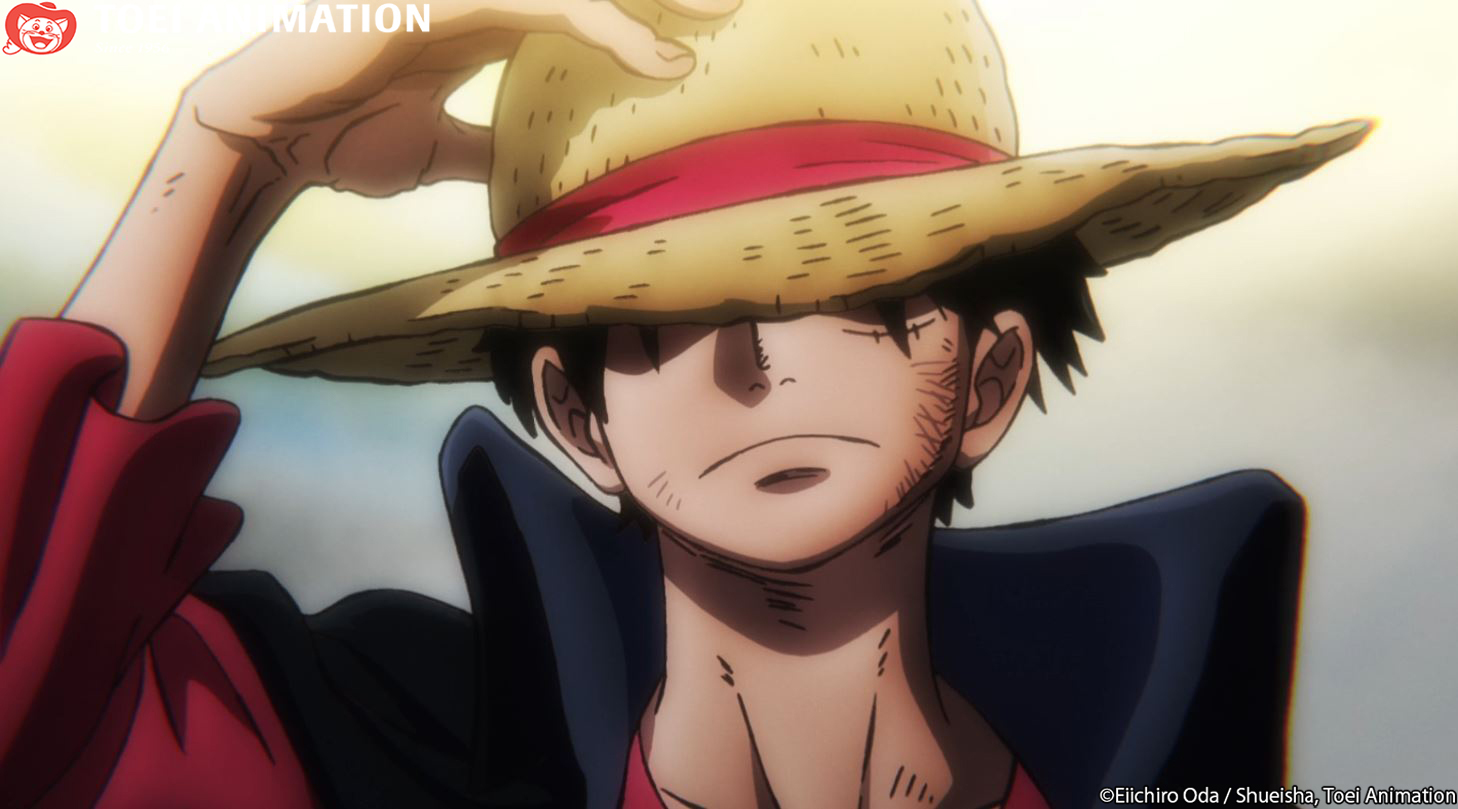 The long-running narrative is perhaps the most frequently praised aspect of One Piece. Many creators fumble at times, their efforts hampered by the kind of predictable burnout that one faces when tasked with delivering another piece of a story, nearly every week, for years. One Piece isn’t perfect, but it hasn’t experienced the kind of misstep that has crippled other series.

And it all culminated here, with Big Mom and Kaido facing Luffy, Zoro, Kidd, Killer and Law on the roof. Luffy’s ability to make allies has been a theme since the first episode, and the Wano story arc has been brewing for over a decade, with little threads appearing even before then. To say that every bit of plot has been planned out since then would be ridiculous, but Oda has carefully orchestrated both the long and short game, merging current ideas well with the pre-planned destinations.

This allows One Piece to serve as both a thrilling adventure and a weekly main course of comfort food. And as the series has evolved over 25 years, we can look back over all of the little changes, minute, earth-shattering and everything in between, all to better appreciate what comes next.