The power was palpable for the Hollywood premiere of Dragon Ball Super: SUPER HERO! 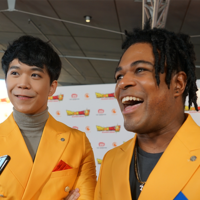 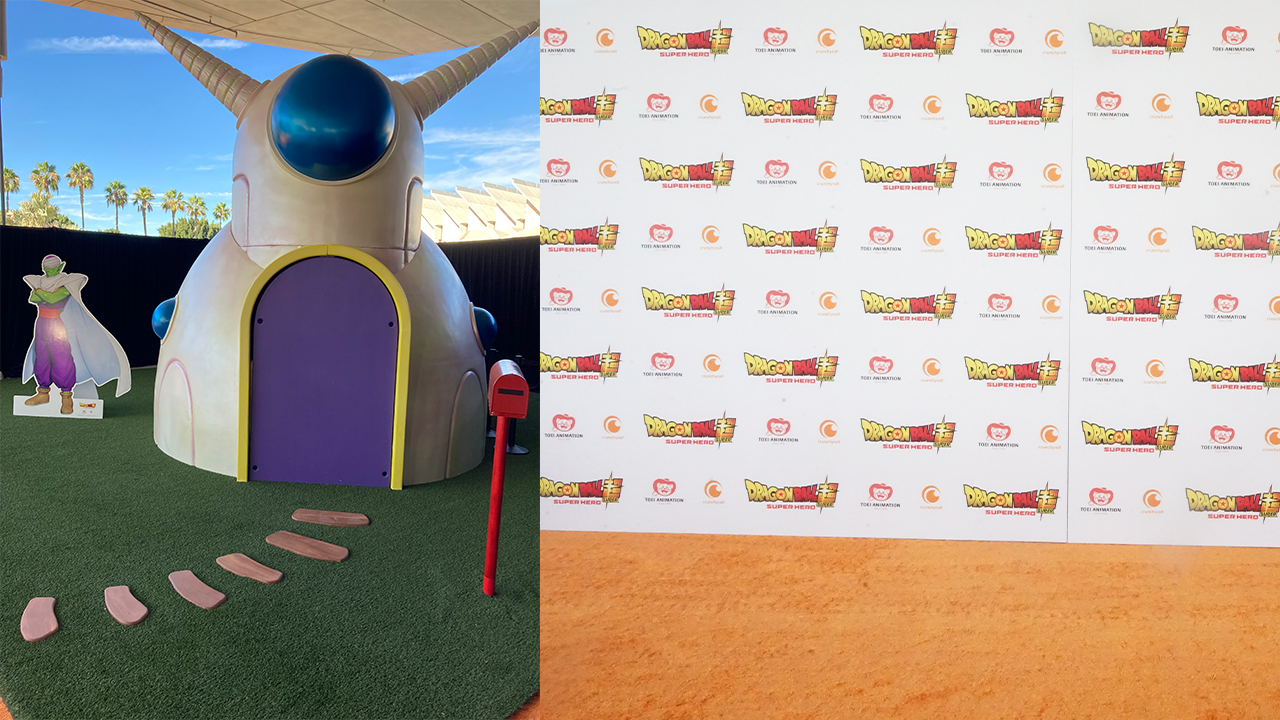 Note: All photos were taken by Chelsea Cruz

It was a beautiful night at The Academy Museum of Motion Pictures, where Crunchyroll and Toei hosted the red, or rather orange carpet premiere of the latest film entry in the Dragon Ball franchise, Dragon Ball Super: SUPER HERO.

The event was a blast, so we wanted to bring a bit of that excitement home to you! Here are some of the sights, sounds and impressions of the festivities during the Hollywood premiere of Dragon Ball Super: SUPER HERO!

A bright, on-brand orange carpet was laid out leading to the Academy Museum, where stars, industry professionals and special guests walked past a replica of Piccolo’s house (he was, unfortunately, not home) to meet the press and share their excitement for the film. 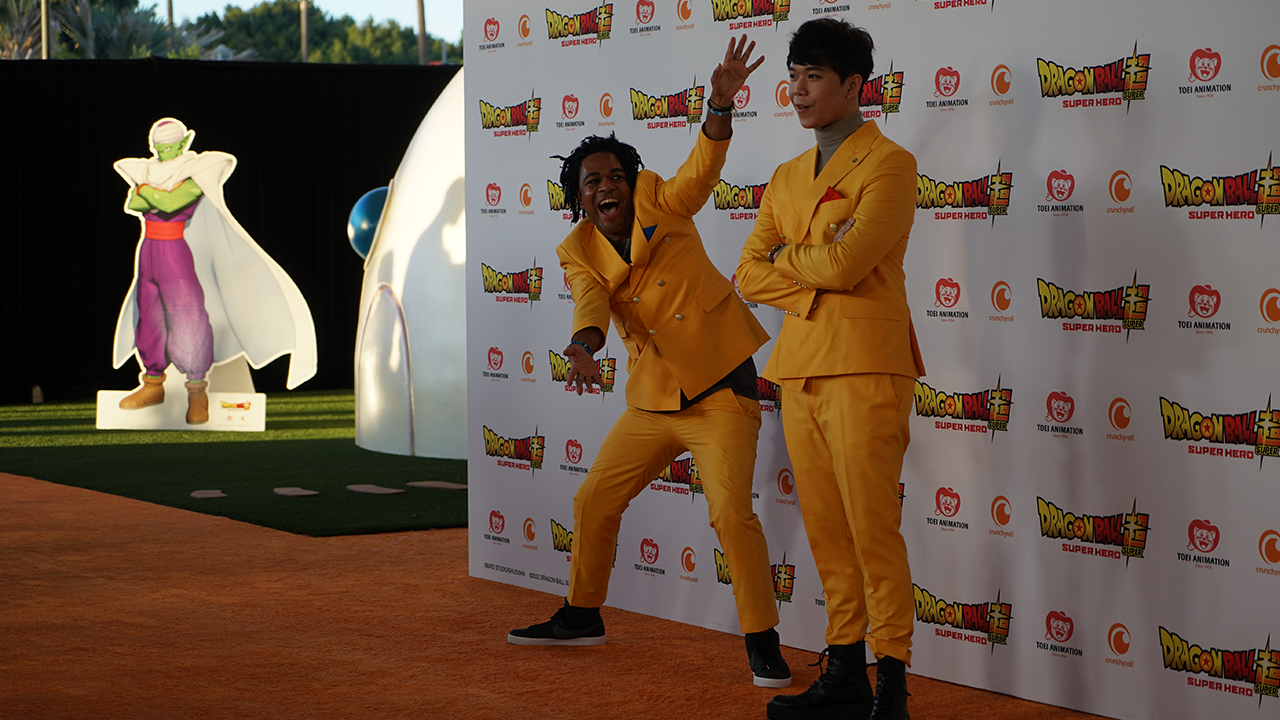 The power level was absolutely through the roof as guests, fans and stars excitedly walked the premiere. The film’s cast told us how much they were looking forward to fans experiencing the new film, some even saying it was some of their favorite work on the franchise! As for the fans, their enthusiasm could be heard throughout the event, with roars of cheers coming from the fan area.

On the orange carpet, the cast exchanged banter with each other, familial energy emanating from them from years of working together on the English dub of Dragon Ball. Sean Schemmel led the cast in a bit of friendly teasing, welcoming Zach Aguilar to the Dragon Ball dub family by presenting him with OREOs at any given chance (a nod to his character, Dr. Hedo, and his love of cookie sandwiches present throughout the movie). Even Charles Martinet (you may know him as the voice of Mario, Luigi and Paarthurnax from The Elder Scrolls V: Skyrim, came dressed in full cosplay as his character, Magenta.

Speaking of bringing their characters' energy to the premiere, the dynamic duo of Aleks Le and Zeno Robinson arrived in matching yellow suits, with their respective Gamma numbers emblazoned on their backs. They even did the superhero poses!

Then came time to check out the movie.

The film screened in the immaculate David Geffen Theater, where COVID masks and safety protocols were in place during the entire event. After Mitchel Berger (SVP of Global Commerce at Crunchyroll) gave a heartfelt and hilarious welcome speech, the movie started: and what a movie it is.

RELATED: Catch Up For Dragon Ball Super: SUPER HERO With These Must-Watch Episodes

Gohan and Piccolo take the spotlight in Dragon Ball Super: SUPER HERO in a plot that brings back the devious Red Ribbon Army, now led by Magenta. The Red Ribbon Army kidnaps Gohan’s daughter, Pan, forcing him to regain his fighting prowess and protect the earth from the evil organization and their new heroic androids, Gamma 1 and Gamma 2, the creations of Dr. Hedo. 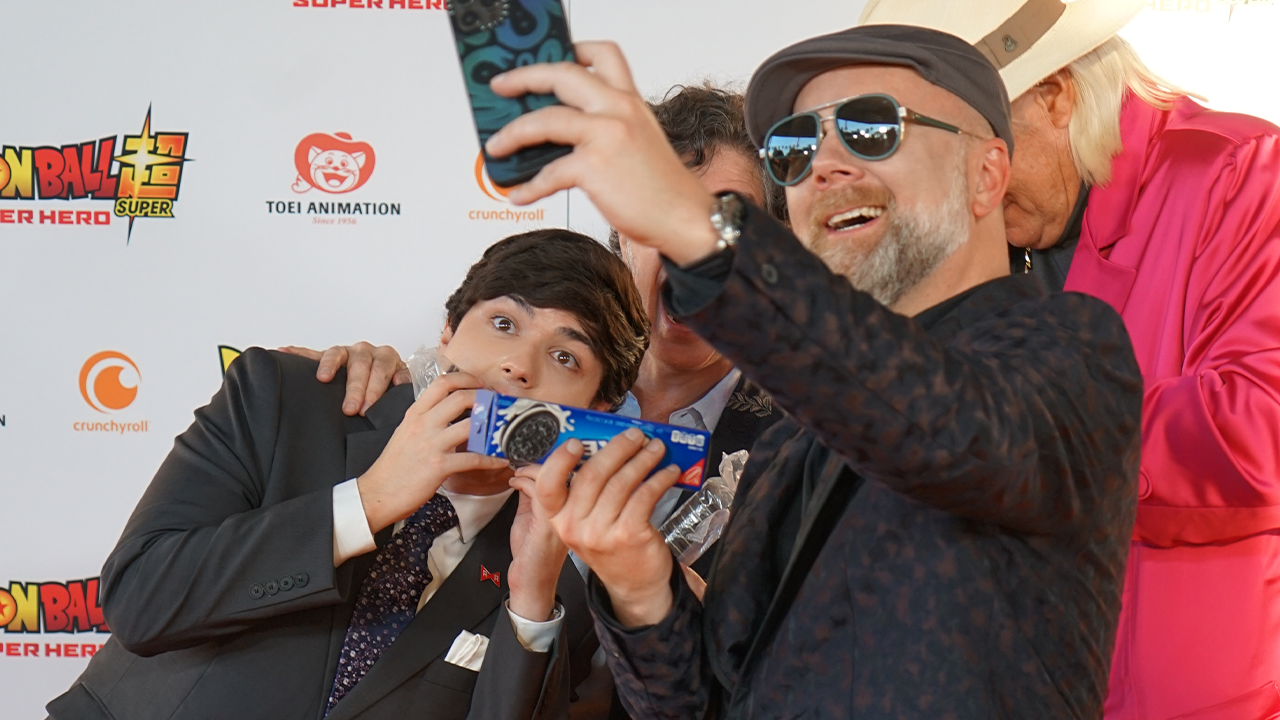 The movie is perfect for fans of the Red Ribbon Army Saga in the original Dragon Ball series, as well as the Android and Cell Sagas in Dragon Ball Z — plenty of androids and secret experiments swirled up in an evil plan that matches the writing style and energy of the two sagas. Lore and worldbuilding callbacks are everywhere in the film, which serve to expand and enrich the lore of Dragon Ball, as the whole film’s plot builds off of the franchise’s history in creative and satisfying ways.

The action is stellar, the animation is clean and the film makes breathtaking use of a camera that can move in 3D space, which is perfect for the high-octane fights, flying around the action for dynamic angles and composition.

Everything Dragon Ball fans love — from action-packed fights to high-drama stakes and layered, three-dimensional villains (and for Gohan fans, seeing him back in his prime and in the spotlight!) — is present and packaged perfectly in this movie. Simply put, it’s one of the best Dragon Ball movies to date.

Be sure to get your ticket now, because you’re not gonna want to miss this one. Catch Dragon Ball Super: SUPER HERO only in theaters starting August 19.