REVIEW: Re:cycle of Penguindrum Part 2 Is An Exhausting Way to Experience One of Anime’s Greatest Stories

The second Penguindrum film opened in Japan on July 22 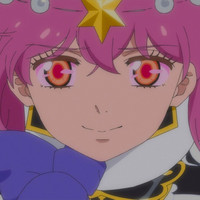 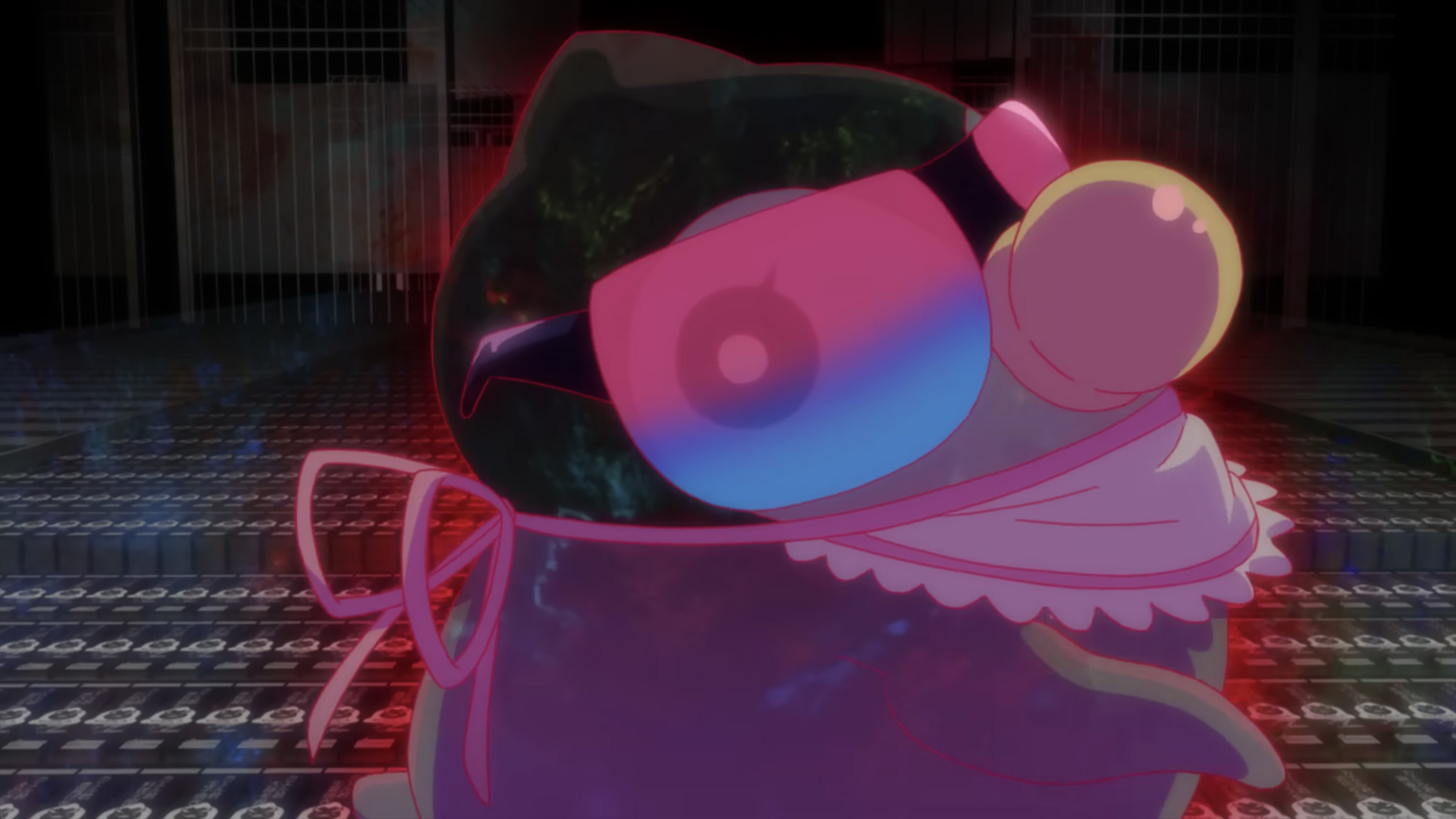 Inspired by the name of the final episode of the Penguindrum TV anime series – but with a little more emphasis on who loves who – the Re:cycle of Penguindrum “Boku wa Kimi wo Aishiteru (I love you)” anime film is the second of two compilation anime films for the franchise’s tenth anniversary.

From the mind of anime auteur Kunihiko Ikuhara and spawned from a very successful crowdfunding campaign, the Re:cycle of Penguindrum films has effectively compacted the 24-episode anime series into two films, with varying results. The first film, “Kimi no Ressha wa Seizon Senryaku (Your Train is the Survival Strategy),” was released back in April, with the second film released on July 22.

I had previously discussed in my review for the first Re:cycle of Penguindrum anime film review that due to the act of the compilation films being … well, films, the first one condensed the somewhat convoluted story seen in the original TV anime 11 years ago to be a little easier to understand.

RELATED: REVIEW: Re:cycle of Penguindrum Part 1 Rocks On With the Same Story And Upgraded Animation

I was wrong, at least when it comes to the second Re:cycle of Penguindrum film.

Much like the original series, as Penguindrum heads beak first towards its finale, each story stems from the vast network of characters who intertwine so much it’s hard to keep up. As noted in my first review, the series works well as a weekly show to aid in the fun that comes with theorizing on what might come next, or what a certain motif might mean for the grand story. Now one can add “giving your brain a break” to that list as well.

The information dump that is a majority of the second Re:cycle of Penguindrum film is only broken up by children being tortured (multiple times!), sexually harassed (metaphorically) and being churned through a system that wants to not see nor hear them. There’s also an orphaned cat, just to help double down on the emotional damage that is Penguindrum. 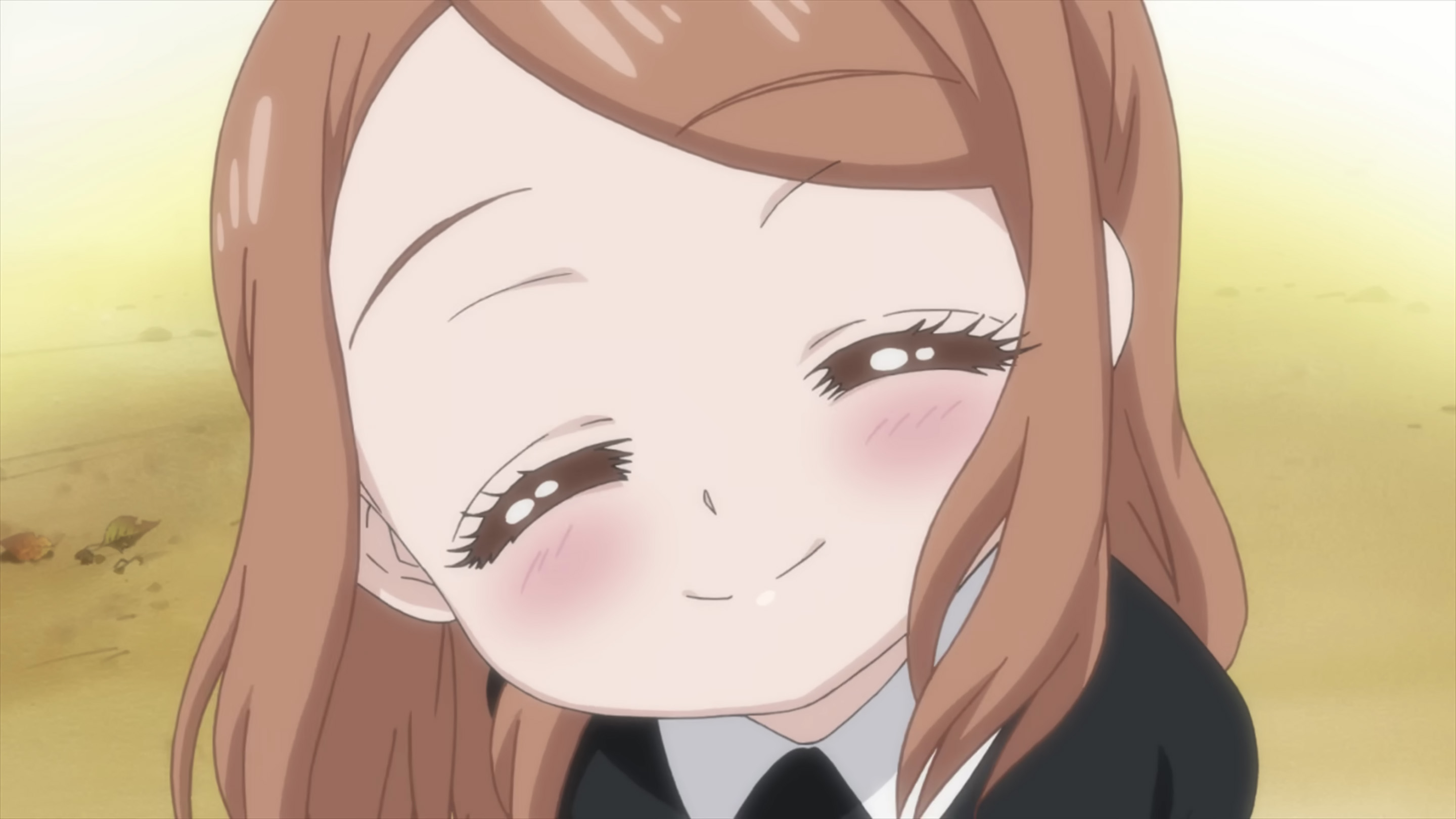 All of these points are, as they were in the original series, tastefully executed and well done. Though, much like the first film, some aspects are rushed through leaving little room to breathe in two hours and 22-minute film. To put that in perspective, that’s nearly 20 minutes longer than the first Penguindrum film and can now be classified as the 8th longest animated film ever produced. And you can feel it; I was exhausted as the credits rolled.

If the Penguindrum series was a rollercoaster, the second film is going on a mission riding shotgun with Top Gun’s Maverick. 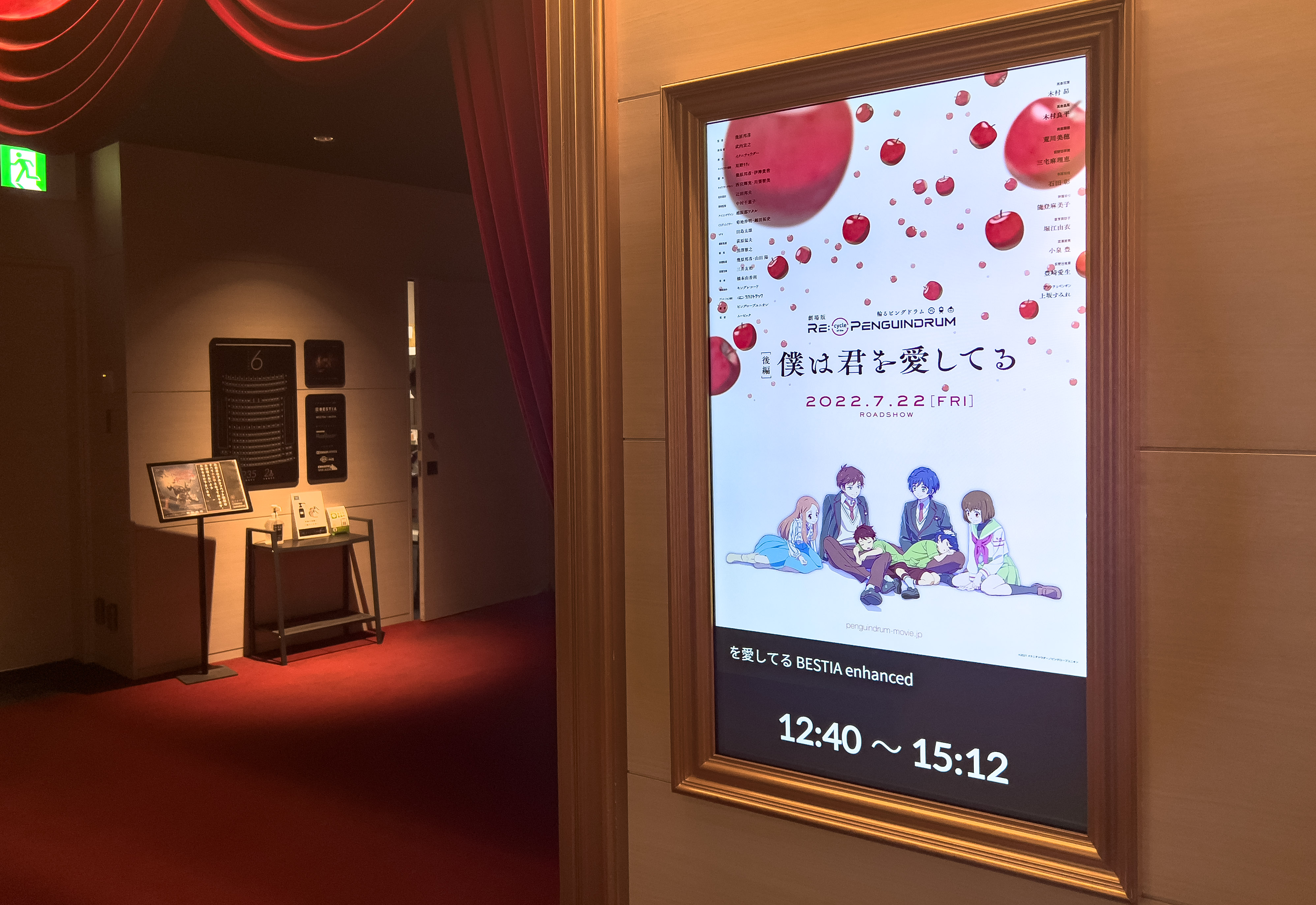 Unlike the first film, it was tougher to notice the difference between the new footage. Yes, there are times when the faces of the characters disappear as if they were too far away from where the camera would be. This is fine on a TV, but on a theater screen is very noticeable – especially when the faces didn’t disappear in a previous scene with similar framing and angles.

Despite all that, the animation looked as dynamic as it did back in 2011. Though, due to the heavier subject matter, the comedic elements (and thus animation) I loved from the first film weren’t as widespread here. Even the photographic shots which were littered throughout the first film were compressed into what felt like a short music video, much in the same vain as Your Name’s showcase of RADWIMPS music, but with live-action shots of Tokyo Tower at night. 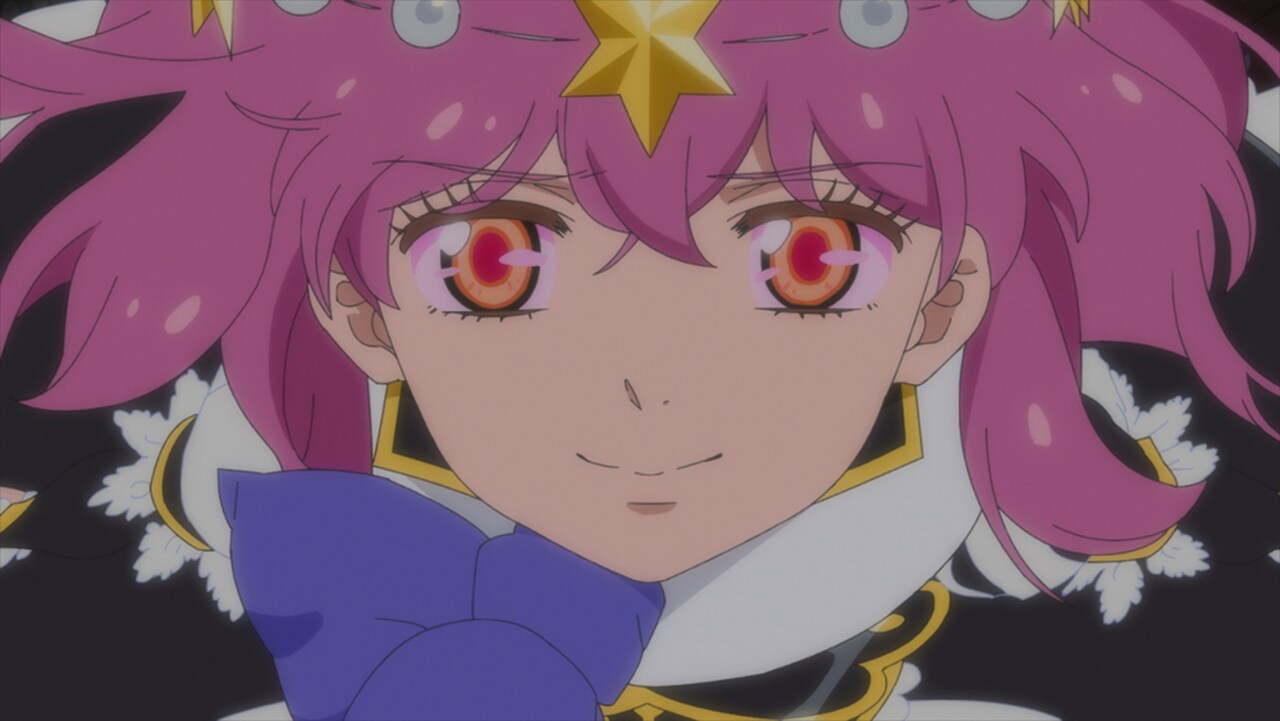 Re:cycle of Penguindrum “Boku wa Kimi wo Aishiteru (I love you)” does its best to emphasize the destiny all the characters shared, but in doing so, lost some of the backstories in the noise of everything that was going on.

Penguindrum deserves all the praise and accolades it gets. It’s still one of the best stories in media full stop. And for fans, the films are a great way to step back into the series, but outside of some new scenes and new narrative path that was set up in the first film, the TV anime is still by far the best way to experience Ikuhara’s vision – unless of course, you want your brain scrambled for the next day or so. 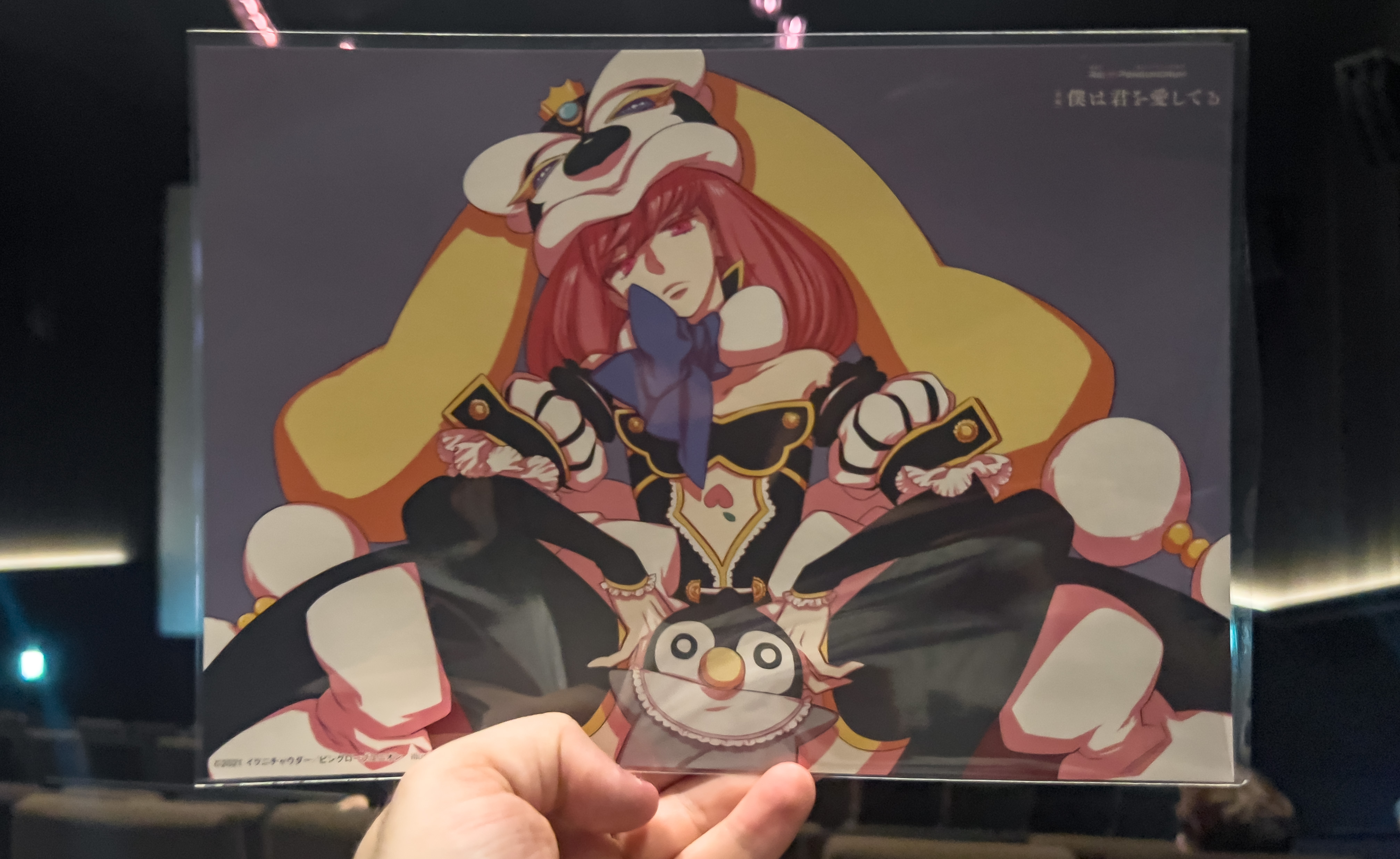 Daryl Harding is a Senior Japan Correspondent for Crunchyroll News. He also runs a YouTube channel about Japan stuff called TheDoctorDazza, tweets at @DoctorDazza, and posts photos of his travels on Instagram. An apple a day is my survival strategy.