Let's explore the infinite potential of one of anime's most unique and expansive genres! 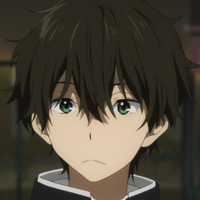 Hello everyone, and welcome to Why It Works. Have you all been checking out the list of upcoming fall shows? It’s shaping up to be an absurdly stacked season, featuring highly anticipated productions ranging from Chainsaw Man to Mob Psycho 100 to the latest Mobile Suit Gundam. Along with all the action-packed selections, next season will also be offering a remarkable spread of gentler features with productions like Do It Yourself and Encouragement of Climb looking to embody the highest virtues of slice-of-life anime. So what exactly are those highest virtues? 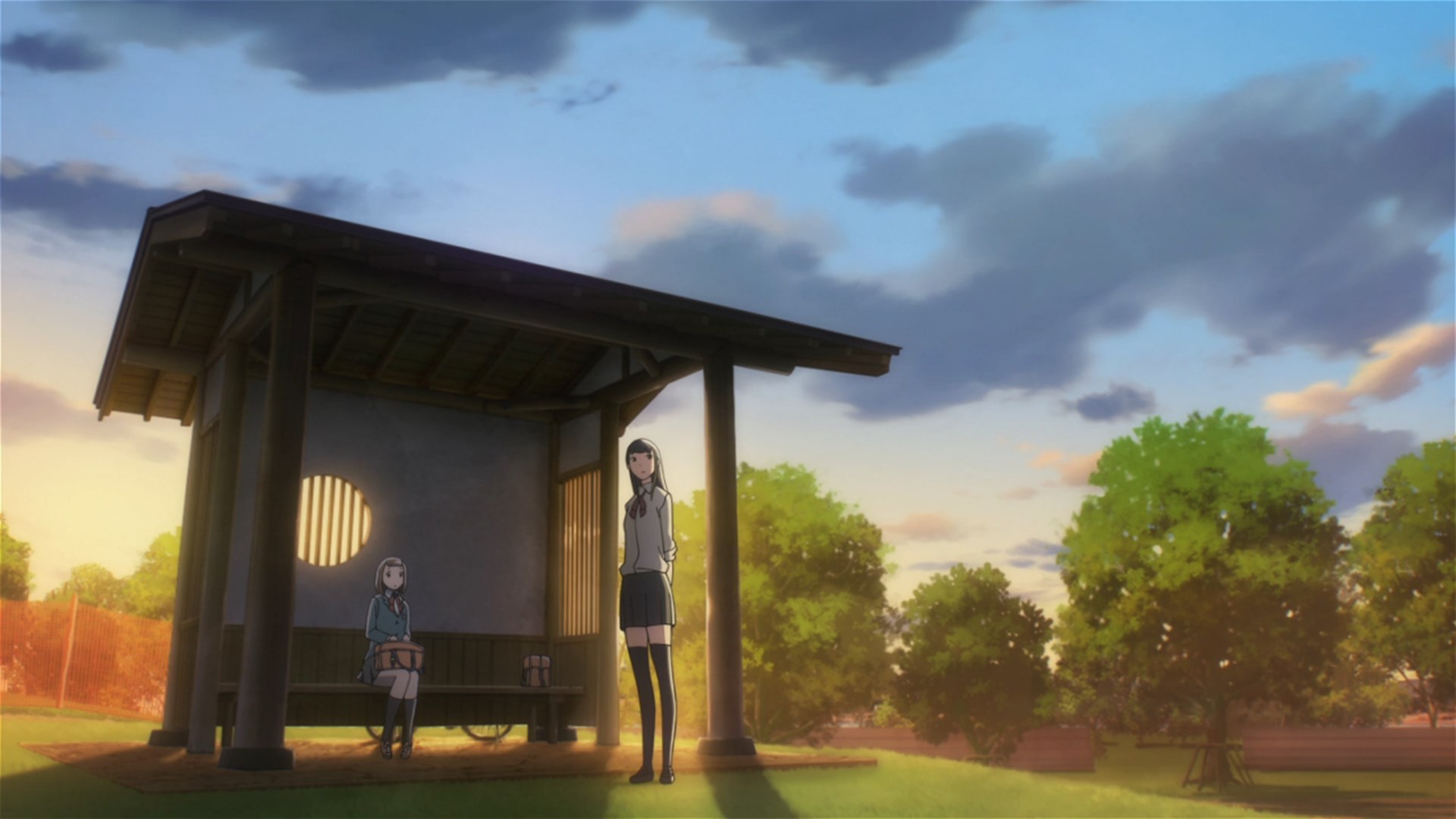 Well, that’s the thing about slice-of-life — it’s more of a tonal signifier than a genre one, implying a particular approach to drama rather than a clear marker of what that drama will be. There are certainly conventions common to certain slice-of-life subgenres, but for me, slice-of-life feels more like a philosophy of storytelling, a particular emphasis on day-to-day existence and smaller human experiences that can be applied to almost any scenario. That’s probably a little too vague to be self-explanatory, so let’s dig a little deeper into how broadly this philosophy can be applied, and how effectively it can elevate any sort of story!

RELATED: What Makes Natsume Yujin-cho Feel Like Both a Horror and Slice-of-Life Anime?

For a clear example of how slice-of-life philosophy can elevate any sort of narrative, consider A Place Further Than The Universe. The show concerns a group of girls embarking on a trip to Antarctica, which ends up doubling as one of the girls’ journey toward accepting her mother’s death. That doesn’t sound particularly cozy, I know, but the actual episode-to-episode substance of Universe is largely conveyed through the tenor of charming episodic adventures, drawing at least as much from after-school club shows as coming-of-age dramas. Through this fusion of influences, Universe expresses the reality of joy and sorrow often existing in tandem, and undergirds the peaks of its drama with the substance of day-to-day friendship and bonding. When a show’s personal drama is intense throughout, it can diminish the impact of any one twist or tragedy; by embracing the variable nature of actual human experience, Universe feels far more relatable, while also making its true peaks hit that much harder. 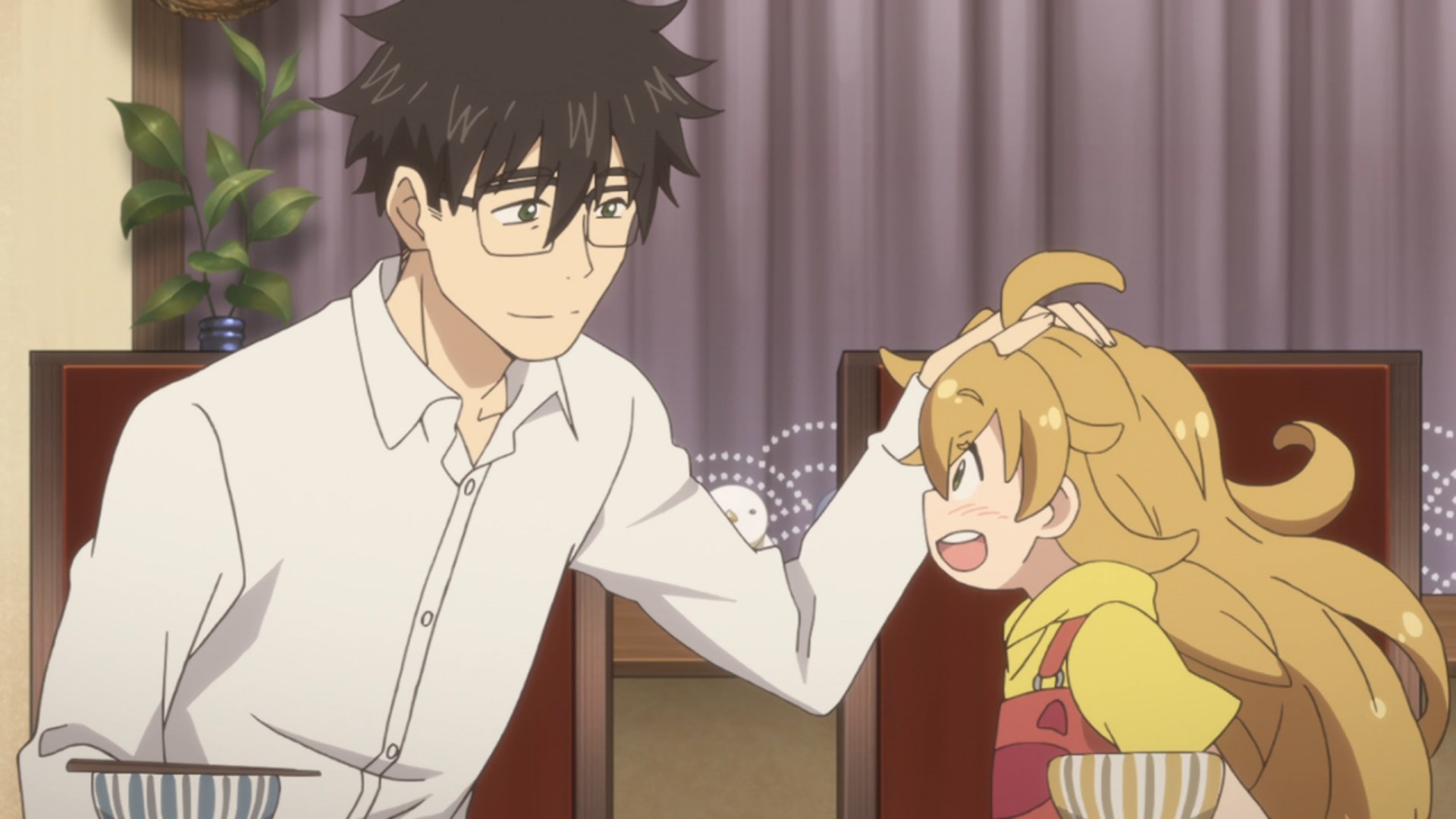 But slice-of-life instincts don’t need to be “elevating” some more dramatic genre to justify themselves. Sometimes this tightening of focus can create drama all by itself, as with a show like sweetness & lightning. There, the inspiring incident of protagonist Kouhei Inazuka losing his wife is long in the past; what remains is the day-to-day struggle of raising his daughter and ensuring she eats healthy in spite of his own lack of culinary abilities. By reframing a story’s focus around events that might seem too “mundane” for narrative action, sweetness & lightning is able to explore unique dynamics of family drama, offering incidental moments that speak to the heart of our relationships and identities. Our life is not a continuous stream of tragedies and victories; it is largely composed of the moments in between such peaks, and exploring those intermediary moments can reveal great and poignant truths as well.

RELATED: One Perfect Moment - Atmosphere as Drama in Anime

Along with articulating truths of human experience that more ostentatious dramas might miss, slice-of-life productions are also uniquely capable of letting their human characters take a backseat, and making vivid “characters” out of a story’s physical environment. With a slower pace and a greater focus on atmosphere, shows like Flying Witch, ARIA THE ANIMATION, or Laid-Back Camp are in large part dedicated to illustrating the infinite variability of the natural world, or even some fantastical reality of their own making. As with character drama, the more you slow down the pace of exploring an environment, the more its natural rhythms emerge, captured with all the beauty and creativity this distinctive medium can muster. 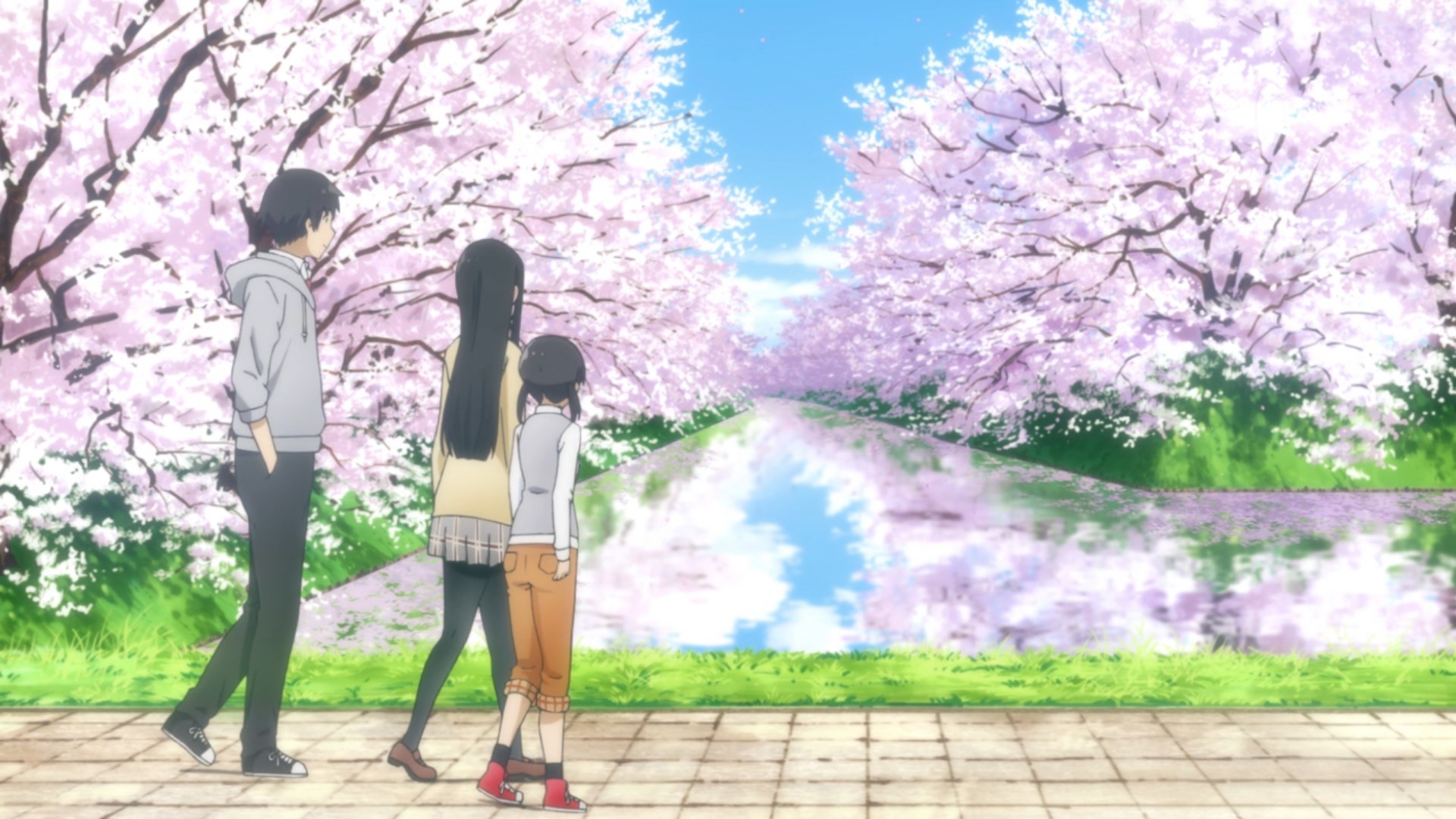 This exploration of the natural world needn’t be a breezy, feel-good adventure. On the contrary, “post-apocalyptic travelog” is actually one of my favorite slice-of-life subgenres, illustrated through shows like Girls’ Last Tour and Kemurikusa. The dramatic philosophy of slice-of-life can bring a human touch even to the apocalypse, poignantly illustrating how the day-to-day necessities of human existence persist even when the trappings of society are gone. Such stories set aside the usual moment-to-moment panic of sci-fi or apocalyptic drama, leaving room to explore fundamental questions of what it means to live and why we choose to go on. “Can we defeat this monster” is a binary question with a binary answer — stories that choose to present no monsters often find themselves asking far more complicated questions.

Through its greater focus on incidental moments, subtle character acting, and atmosphere, slice-of-life productions are often uniquely well-equipped to take advantage of anime’s most talented creators. When the ethos of slice-of-life is crossed with a team capable of realizing its potential, the resulting productions can cast an eye on human interaction and growth with more acuity than virtually any other kind of media. Sometimes, as with a show like K-On!, this focus can offer a nostalgic reverie that eventually rises into an anthemic chorus of the fleeting joys of youth. At other times, as with the transcendent Hyouka, it can articulate the mercurial evolutions of our personality with an aesthetic holism that is simply beyond belief, turning the entire visual canvas into an expression of our changing selves. 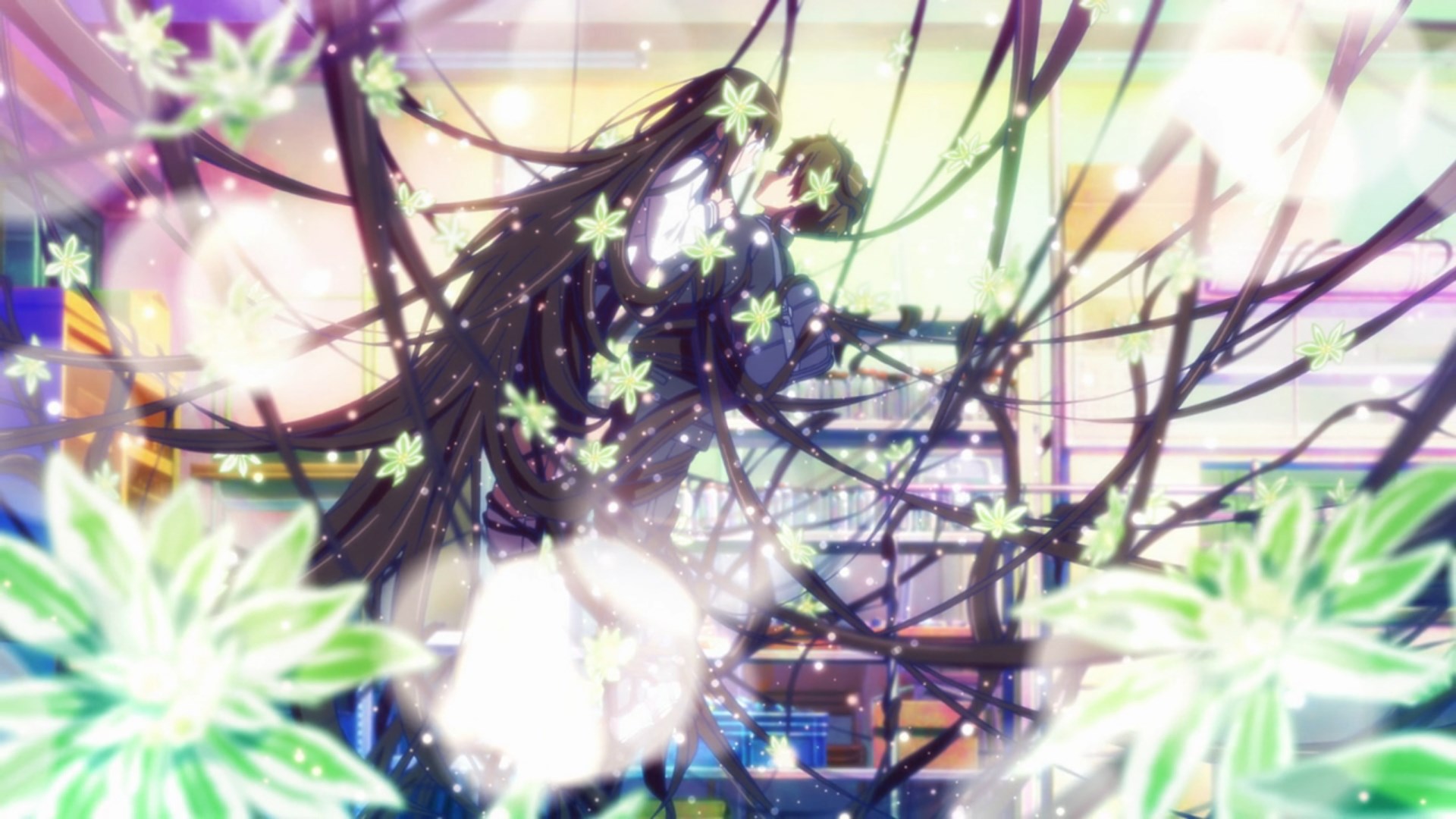 Having worked on both those monumental productions, director Naoko Yamada has carried their lessons forward into all her works, such as her recent historical drama Heike Monogatari. Though it concerns the violent downfall of a proudly militant clan, Yamada’s Heike Monogatari largely spotlights the shifts of tenor in home life that accompanied its political upheavals, rather than the bloody drama of those upheavals themselves. Through this adjustment of focus, we receive a portrait of life in another era that feels heartbreakingly tangible, far more human and relatable than tales of daring martial exploits. With the focus thus set, the inherent tragedies of time’s passage feel as inexorable as the setting of the sun, and the lives of those touched by that passage become truly real to us.

Slice-of-life anime is far from a recent phenomenon, though it hasn’t always been known by precisely that name. A great number of Ghibli films (Kiki’s Delivery Service, Only Yesterday, My Neighbor Totoro) could easily be described as slice-of-life, and the pre-Ghibli Masterpiece Theater productions are some of the most rightfully venerated shows in the medium. Modern masters like Yamada are in truth working in the style of a grand cinematic tradition embodied by titans like Yasujiro Ozu, continuing their project of documenting natural life in all its tragedy and beauty. The term simply implies a quieter pace of drama, a greater attention paid to the incidental substance of everyday life — choices that, when pursued with earnestness and curiosity, often reveal profound and moving truths of human experience. I’m forever thankful for anime’s veneration of this dramatic tradition, and am eager to see how anime’s quieter side continues to innovate and evolve.

What’s your own favorite slice-of-life production? Let us know in the comments!