FEATURE: How given Reminded Me of How We All Grieve in Our Own Way

Grief is so many things hitting you — sometimes all at once. 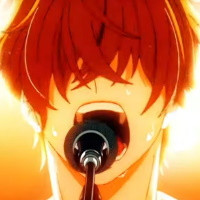 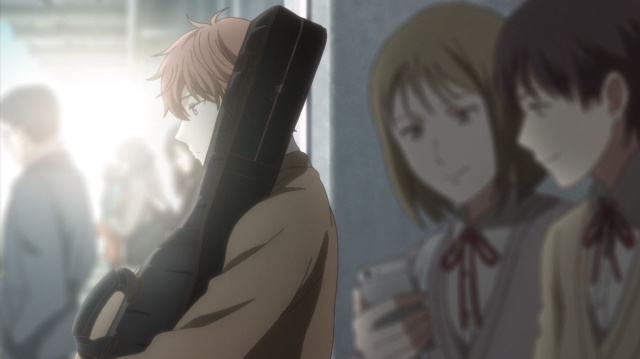 Editor's Note: This article contains mentions of suicide and child abuse, as well as contains spoilers for the series given

Given is a musically charged love story between bandmates Mafuyu Sato and Ritsuka Uenoyama. It’s also a story about processing grief, coming to terms with your feelings, and learning that it’s okay to love again. While I appreciate given for its refreshing handling of “I’m a boy who likes a boy, what do?” I always find myself coming back to the way the series handles grief.

In given, Mafuyu is dealing with the death of his boyfriend, Yuki Yoshida, who’s already dead when the anime starts. As the series progresses we learn the two were childhood friends whose first meeting was Yuki finding out Mafuyu’s father was abusive. The two had been close ever since, living in their own little world within their friend group as their relationship turned into something romantic. At one point, they had a fight that’s described as being a silly, typical argument between couples. It wasn’t expected to escalate the way it did. We don’t get to hear what it’s about, but we do hear Mafuyu snapping at Yuki and asking if he was willing to die for him.

Tragically, Yuki took his own life. Mafuyu was the one to find him. 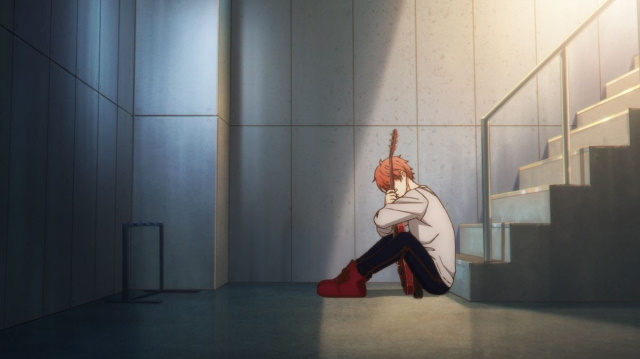 Given’s story is one that’s left a lasting impression on me because of the way it explores Mafuyu’s emotions. Not only is he struggling to make sense of such devastating feelings of loss, he’s struggling with how he should go about expressing them. Something I realized while watching given is that grief is, well…weird. There’s no set way it comes about and it's a whole lot of emotions wrapped into a single word. When discussing grief we tend to focus on sadness, but the truth is grief is so many things hitting you — sometimes all at once.

I’ll use my older brother as an example.

My older brother died when I was 13 (which was, like, so many years ago) and to this day my grief is a mess of emotions that are just...rude if I’m being honest. As much as I try to prepare for specific events, grief will just do whatever it wants. Sometimes I’m perfectly fine on his birthday even if I planned for a day of heartache, but weeks later I shut down while watching a movie with siblings in it.

While watching given, I immediately connected with the way Mafuyu was trying to make sense of his emotions. To Mafuyu, other people are able to scream and cry the way you’re "supposed to" when it comes to grief. My grief isn’t always loud, either, and for a while it bothered me. Like Mafuyu, I would sometimes wonder if I was grieving the “right” way. I’d feel sad and want to scream, but sometimes I’d just...sit there the way he would, looking completely lost. I still remember watching the adults in my life cry over having to tell me the news about my brother, and while I cried, too, I wasn’t as loud as them. 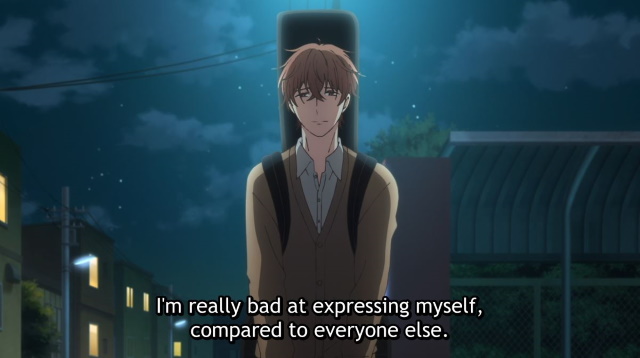 Mafuyu’s frustrated because he thinks he’s not showing his emotions properly, but what he doesn’t realize is he’s been expressing himself this entire time. It’s the way he still carries around Yuki’s guitar and the way his entire body freezes up when a string breaks. It’s his hesitation when Haruki, the band’s bassist, brings up writing a love song for the group. It’s his memories of the beach date he had with Yuki and him wondering if he’s even remembering the day correctly. It’s him being in awe of his reconnection with music — the thing Yuki used to love.

Watching Mafuyu made me realize that there are so many aspects to grief and so many ways we express ourselves after losing a loved one. It’s not just the sadness I felt on my wedding day because my brother wasn’t there, it’s me smiling whenever someone brings up the old Rocky and Bullwinkle cartoons because my brother used to watch them with me and do impressions of the characters. It’s me laughing about Tetris because we used to compete for the highest score. It’s a lingering feeling of guilt when I think back to the times I did something to stress my brother out, like the time I walked home from school by myself instead of waiting for him to pick me up.

And, like Mafuyu, it’s wondering how he would react to the things I’m doing now and wanting to be able to talk to him about everything. 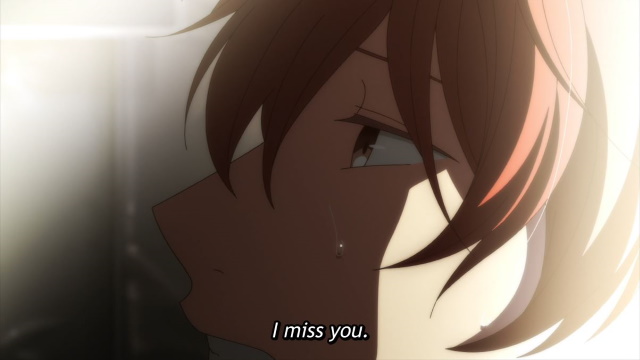 RELATED: Given the Movie Comes to Crunchyroll

For Mafuyu, he’s able to find the release he needs through song. The reveal of his song being something he himself initiated shows his love of music was something he’s had all along. You’re led to believe the song is something Yuki came up with, but in reality, Yuki was humming it because Mafuyu started first. This reminded me of how much I loved writing as a kid, but I turned away from it when my brother died. I’d been saying I wanted to be a writer since I was nine years old, but at 13 I put it all on hold — or rather, I tried to.

Just like Mafuyu finding his way back to music, I found my way back to writing — shoutout to fanfiction. Over time I’d end up using writing as a way to express all kinds of emotions I had. This wasn’t (and isn’t) just tied to my brother, but anyway I’m feeling at the moment. It’s like how Mafuyu, after he’s sung his song, surprises everyone by immediately wanting to write something new. It’s how he expresses himself and he’s eager to continue to say things through music again. This moment in the anime hit me so hard because I always feel like I get my point across better with my writing. When I have something to say, I write it down. It’s Mafuyu’s song but with word counts and squiggly lines when I spell something wrong.

Grief is a layered kind of emotion that can be as overwhelming as it is a quiet reminder of the bond you once shared with someone. It’s sad. It’s frustrating. It’s memories of old songs you randomly hummed one day. It’s a bright smile when you return to the beach. It’s crying on your wedding day because your nephew walked you down the aisle the way you wanted your brother to. But, you know what? It’s also eating the pizza your brother would order for you, revisiting Tetris, and telling yourself that you’d most definitely obliterate his top score.

Thank you, given, for showing several different viewpoints of grief with the same character.

Briana Lawrence is the Senior EN Features Editor here at Crunchyroll. When she’s not writing she’s taking care of her three butthead cats and playing Hades for the 100th time. You can check out her writings and her book series over at her website and give her a shout-over on Twitter.