You'll want to watch the next episode too 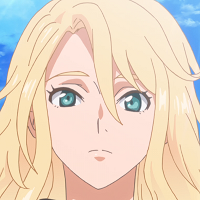 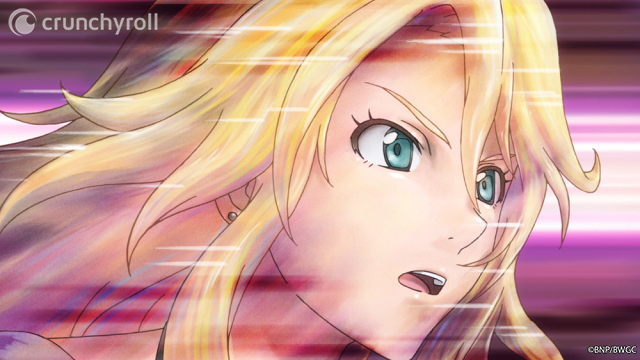 Golf is a strange sport. It’s often viewed as something business people and older folks play, while not really marketed to younger people. So, when the idea of a golf anime is brought up, it could easily be dismissed as boring. BIRDIE WING -Golf Girls’ Story- attempts to change that perception by hovering the line between taking golf seriously and also making it look wild and ridiculous with stylized skill shots that seem straight out of a video game.

The opening parts of the first episode of BIRDIE WING give you the idea that this is going to be a realistic take on golf. There are on-screen graphics to resemble a television broadcast of a major event, along with commentators to truly give it that authentic feel. There’s also a built-in storyline about a golfer having an underdog story since they not only come back from injury but attempt to come back on the final day of play. Then things take a drastic turn in a different direction. 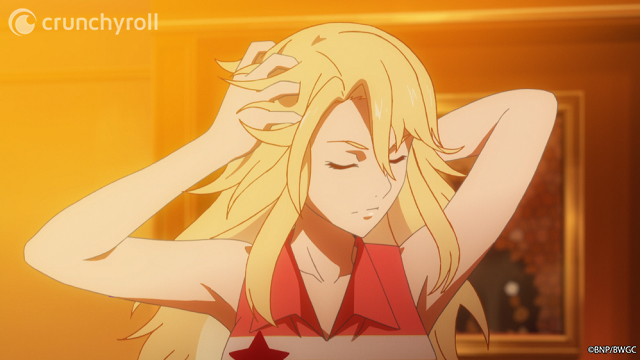 I’m a sucker for a good unmasking reveal, and when this happens immediately after we get what looks to be a serious golf presentation, I knew this show was going to be something else entirely. Eve managing to fool everyone into thinking this was an injured golfer with a single mask and then getting paid for it is grade-A storytelling. It’s a tonal whiplash from the opening bits of the episode, but it works so well to get you invested because you’re unsure exactly what’s going to happen next if the show is already doing stuff like this.

There certainly could be a world where a more realistic take on a golf anime could exist. All you need is to explain the sport to the audience, have some compelling characters and ramp up the drama, and you’ve got the recipe for any successful sports anime. BIRDIE WING gives you all of that, but with the added bits of ridiculousness, it becomes a show that is easier to recommend to others and becomes more accessible because it’s not just strictly a “golf” anime, it's an anime anime. 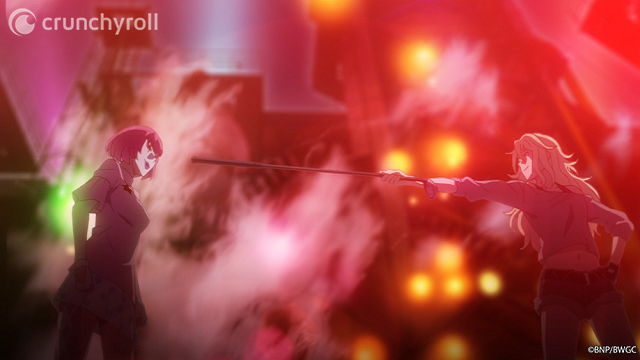 As the episode progresses, we are introduced to another way of playing golf, which involves gambling. If there are two things that go together well, it’s golf and gambling, people sure love to make wagers when playing a couple of holes with their friends and colleagues. This is also where we get to see Eve’s true strengths since she only plays with a handful of clubs because she can’t afford a full set. Despite these potential handicaps to her game, it helps her shine even more with what she’s able to do.

Just ten minutes earlier, BIRDIE WING showed a serious golf competition. Now, we get to see golf played on a hastily constructed course with a train running through it. That would certainly pose a challenge for any golfer, but Eve is able to utilize her self-taught skills to create wild trick shots that seem as if they came out of Hot Shots Golf or Mario Golf. It’s smart to place this in the middle of the episode after the mask unveiling because it allows you to think that this makes sense given what you’ve already seen so far. If this was what you saw immediately after a more serious golf game was being played, it might have been even more whiplash, but placing it later in the episode gives you more time to be ready for the show to continue ramping up the ridiculousness. 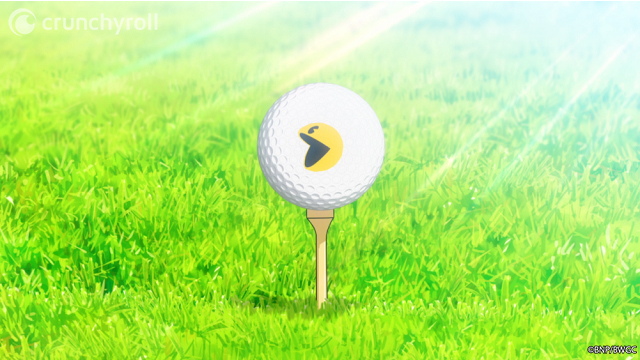 Perhaps the funniest part about this first episode is the idea that a golf game is being played for the ownership of a Gundam model kit. I would think that might have been the first time that’s ever happened, but I hope somewhere there are people betting dozens of Gunpla over golf games every now and then. On top of that, seeing a golf ball adorned with PAC-MAN allows Bandai Namco to feature as many properties as they can in a short amount of time, which adds even more to the fun nature of this episode.

Between splitting train cars with a single shot to using a tree to ricochet her ball closer to the green, Eve’s trick shots allow the show to walk the fine line between being traditional and serious and wild and ridiculous. It’s not necessarily a new concept, since other sports anime have done this in the past, but it absolutely helps to do this for golf so more people would be willing to give the series a shot.

What do you think of BIRDIE WING's wild and bombastic take on golf? Let us know in the comments below!