Reading manga is one thing, but creating it? Phew! 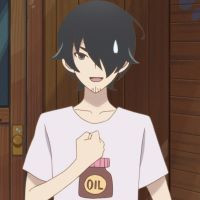 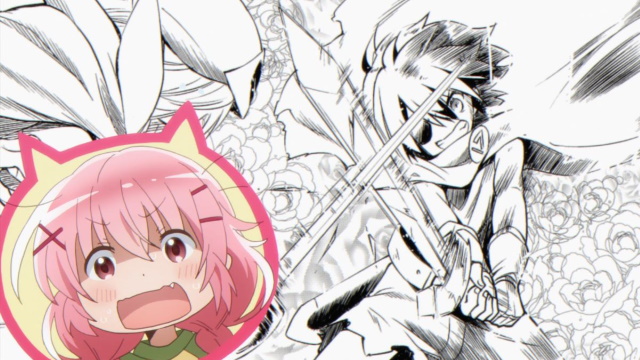 September 25th is National Comic Book Day, a day dedicated to comics, manga, manhwa, and all their image-based storytelling brethren. But this isn't just a day about comics, it's a celebration of the people who create comics and bring these stories to the people who love them.

Anime is no stranger to manga. While many anime are based on original manga, there are also tons of anime about making manga, the day-to-day lives of manga creators, and the people who sell manga. One example of this is Bakuman, from the creators of Death Note, which features a student finding a forgotten notebook and going in a "let's make a manga" direction instead of the Light Yagami one. That's just one of several great anime involving manga and those who work directly with the medium. Here are a few more anime about manga to explore on National Comic Book Day! 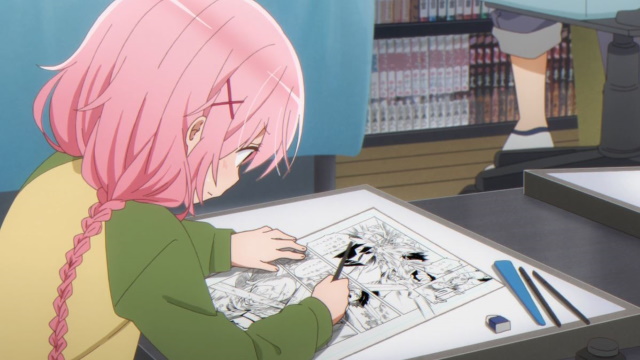 Comic Girls is an anime about high schooler Kauruko Moeta — nicknamed "Chaos" by her friends. Kauruko is a professional manga artist...or she will be when her editor says her work is up to snuff. Kauruko's storyboards aren't the strongest, her premises are a little weak, and her high-school-based manga doesn't have the most believable of characters in it.

Then, Kauruko's editor has a brilliant idea. In an effort to broaden her young charge's horizons and show her a little inspiration, she has Kauruko live in a women's dorm specifically for manga creators. Surrounded by others with different creative processes and styles in various stages of their careers opens up a whole new perspective (and blossoming friendships) as Kauruko continues down her path to creating her debut manga.

Cute-Girls-Doing-Cool-Things is always a top-notch genre and Comic Girls is a fantastic inclusion. The series focuses on Kauruko's successes and her heartbreaks as she learns how to create manga, but it also highlights the importance of gaining supportive friends and exploring new, interesting experiences. A lot goes into creating manga, and not all of it is learning things like line art. Truly living — and chasing down inspiration with a stick — are often the unseen, unsung parts of the life of any creator. 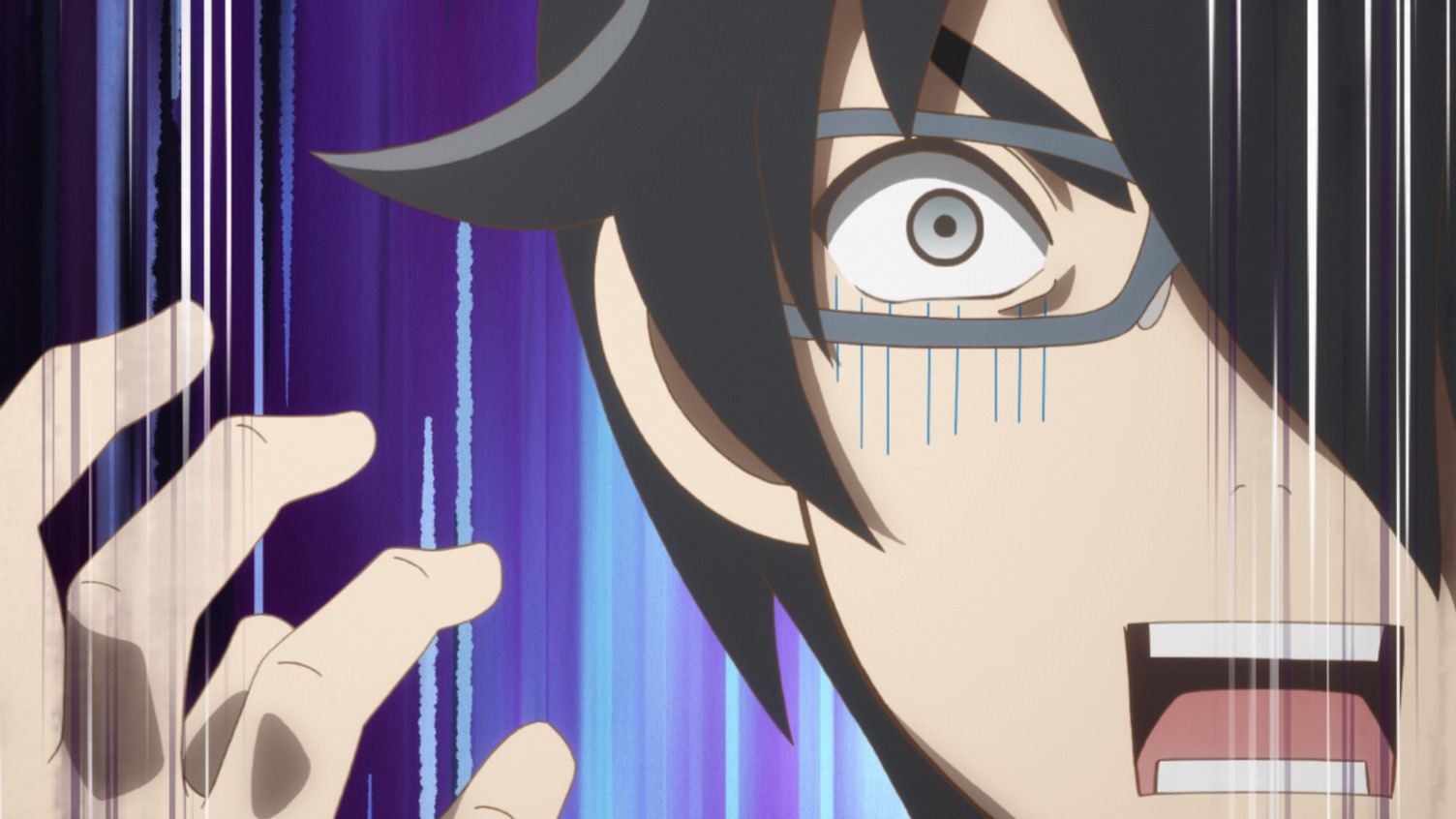 Kakushigoto is about a manga artist in a very different part of his personal life and career. The titular character, Kakushi Goto, is an accomplished manga creator. Not only does he have a fairly well-known, serialized manga series, but he also has his very own team of assistants to boot! The only problem is that it's a pretty raunchy manga, not at all the sort of fare this widowed father wants his young daughter, Hime, to know about.

This is a story about a father trying to balance his hectic work schedule with raising a little girl on his own. Shenanigans ensue as Goto desperately masquerades as a run-of-the-mill businessman while balancing his actual career's ups and downs. Despite the laughs, this isn't just a humorous anime about work and fatherhood, it's also a tale about loss, grief, and how to continue forward when you aren't sure what the proper path is — personally or professionally. If you're into comedy that tackles a different side of the manga industry and a story with a kid who could give even Anya a run for her money as Adorablest Kiddo, then this is the series for you. 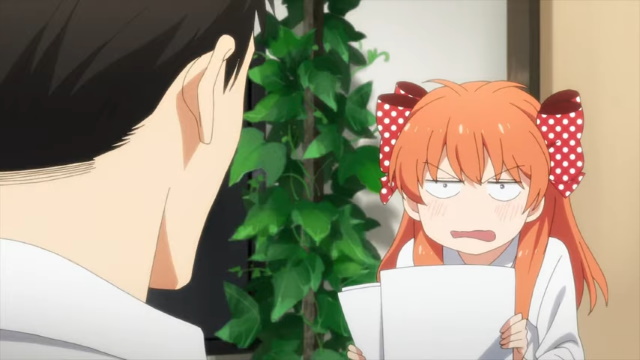 RELATED: 5 Romantic Comedies To Watch If You Like Kaguya-sama: Love Is War - Ultra Romantic

Monthly Girls Nozaki-kun also features a creator keeping his identity a secret, but for a much different reason than our friend Goto. Umetaurou Nozaki is a shojo manga creator publishing under the name Sakiko Yumeno, though no one knows he's the popular author everyone's reading. This changes when Chiyo Sakura approaches him, ready to confess her love, but Nozaki, despite writing romance, misses the signs and mistakes her for a fan of his work. The stoic boy hands her an autograph and, through a series of misunderstandings, she becomes his assistant.

This is the story of a creator who balances school with his career. By gaining more assistants (and friends) he learns how necessary it is to divvy out the work so he's not doing everything himself. Plenty of laughs are to be had along the way. Not only do Nozaki and Chiyo have tons of quirky schoolmates with loud personalities, but Nozaki's daily life includes something else very important to his work — convincing his friends to dress up or act out things so he can draw new scenarios, characters, and events properly, no matter how odd or trope-centric his requests may be.

While we do get to see what goes into creating manga (and how writing for a genre doesn't mean you're an expert in it), the characters and their heartwarming relationships with one another are what make this series stand out. 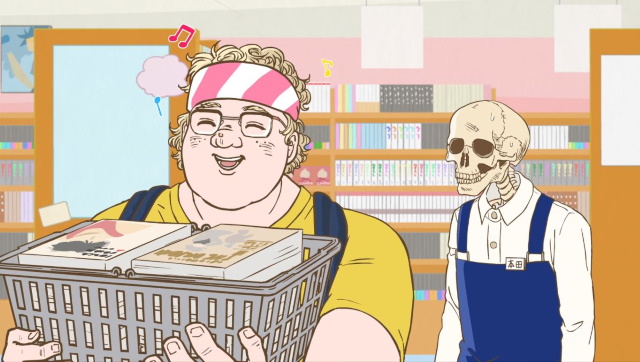 RELATED: Working Retail is Too Spooky in Skull-face Bookseller Honda-san

Skull-face Bookseller Honda-san is slightly different than others on this list as it doesn't focus on a creative, but on an employee who sells the finished product. Our titular character, Honda, is a skeleton who's a professional bookseller. His job is to sell books and manga to those who love them.

These episodes are 11 minutes of pure comedy as our beloved boney boi endures the trials and tribulations of working in a bookstore. From super important promotional materials that go missing, to the colorful customers and staff Honda-san has to deal with on a daily basis, being a book enthusiast can be daunting in the retail world. Skull-face Bookseller Honda-san is the perfect choice if you're looking for a story about someone who's made manga part of their work life in a much different sense. It's also a great anime to watch between new episodes of the fall season's anime lineup. 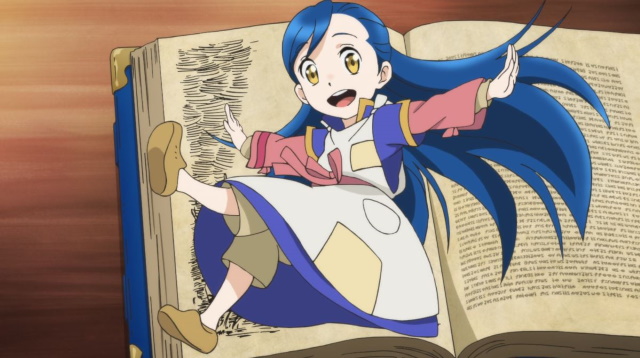 Urano Motosu loved stories. Books of all sorts were her passion until, one day, she passed away in a tragic accident involving the very thing she loved most. Now she's in the body of a young girl names Myne, living in a world completely different from our own.

A world that hasn't yet created the printing press.

There's only one thing to do — figure out a way to create a printing press and make books herself! Unfortunately, Myne is still just a kid, and despite Urano being from our own world, she doesn't exactly know the technical ins and outs of printing. But her love of stories and desire to share them is too strong to ignore.

What is your favorite anime about manga, manga creators, and the fans who love stories? Let us know in the comments below! Happy National Comic Book Day!