Check out some impressions from the show floor, including the first preview of the PS VR2 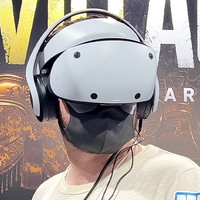 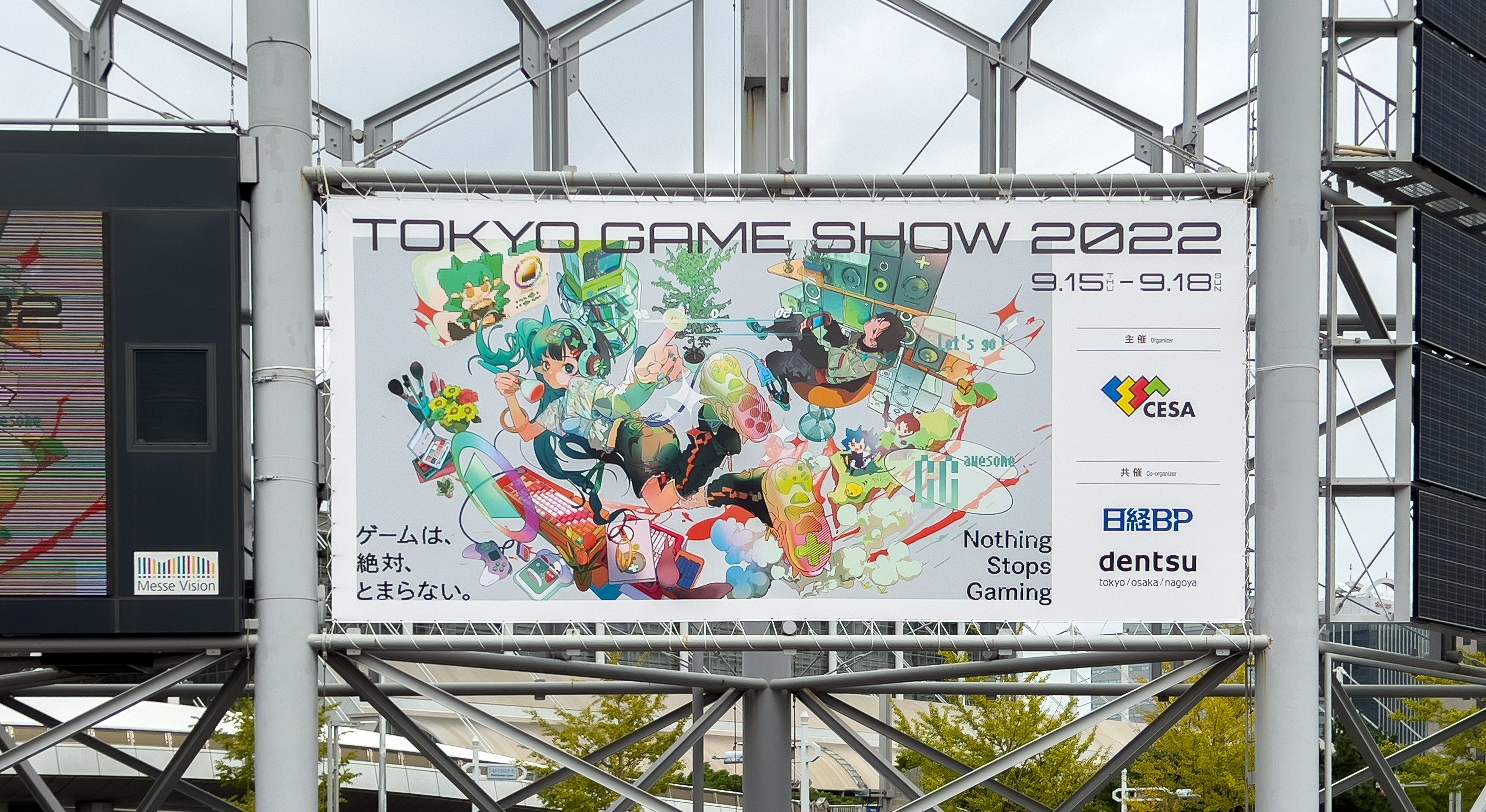 Tokyo Game Show finally respawned this year after skipping a few in-person years due to the pandemic. While Japan’s borders were closed as of this writing, the show must go on, and boy did the Japanese game industry come out and show the world what it’s made of.

While long lines are expected at big shows like this, I was able to get my hands on a few games to preview over the weekend, including Resident Evil Village on the Playstation VR2, the Steamdeck, Sonic Frontiers, One Piece Odyssey, a bunch of fun indie titles, and Like a Dragon Ishin. Though, the Like a Dragon: Isshin impression will be coming in another article alongside an interview with the head of RGG studio, Masayoshi Yokoyama. 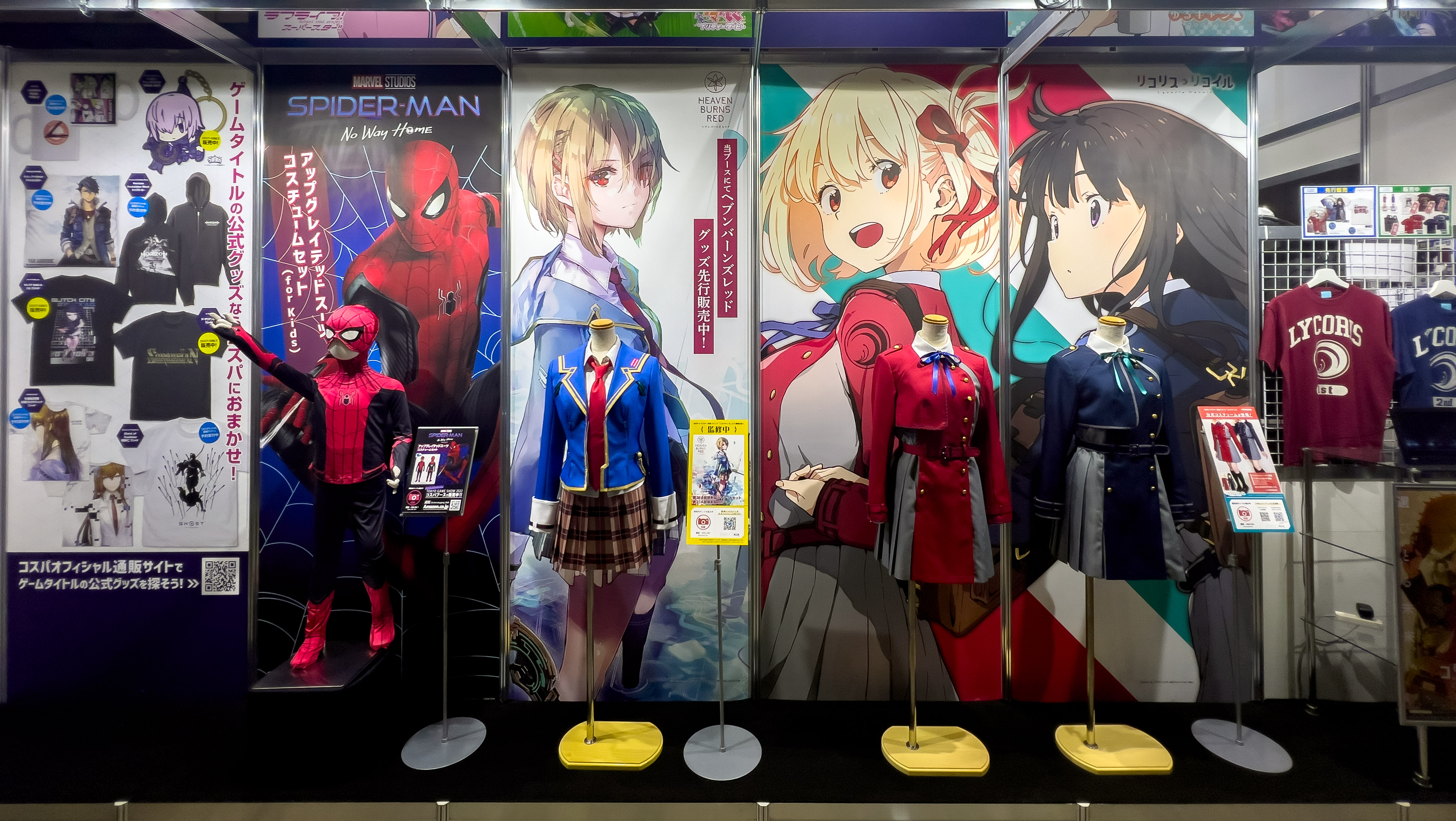 It’s not very often a video game can make me jump out of my skin or make my knees weak, but Resident Evil Village through the new Playstation VR2 turned my world upside-down, literally as I was being dragged through the halls of Castle Dimitrescu. The game draw for the preview though wasn’t the 2021 game remastered for the hardware, but the hardware itself – the first public preview of the Playstation VR2.

Though, gotta say: looking up at Lady Damascus has a whole different feeling in VR. The sheer sense of her standing in front of me was almost too much to bare.

As someone who isn’t used to VR, the gameplay and physics of everything took a minute to get used to, but I quickly got the hang of it with some help from the lovely Capcom staff. Going between the gun and the knife felt very natural when you’re fighting the monsters at a million miles per minute.

The PlayStation VR2 looked and played great. The video feed from the PS5 was as clear as it could be coming from a console, with the only artifacting coming from the game itself, rather than the screens. The setup with eye tracking felt strange, but once it was working, it was fine. It felt like I was inside the world of Resident Evil Village rather than just watching it on a screen very closely.

Sony completely changed the controllers for the VR2 and for the better. The Sense controller melded into my hands perfectly with all the buttons easy to reach for my larger hands, as well as easy-to-use some of the gesture-like controls, such as reloading. 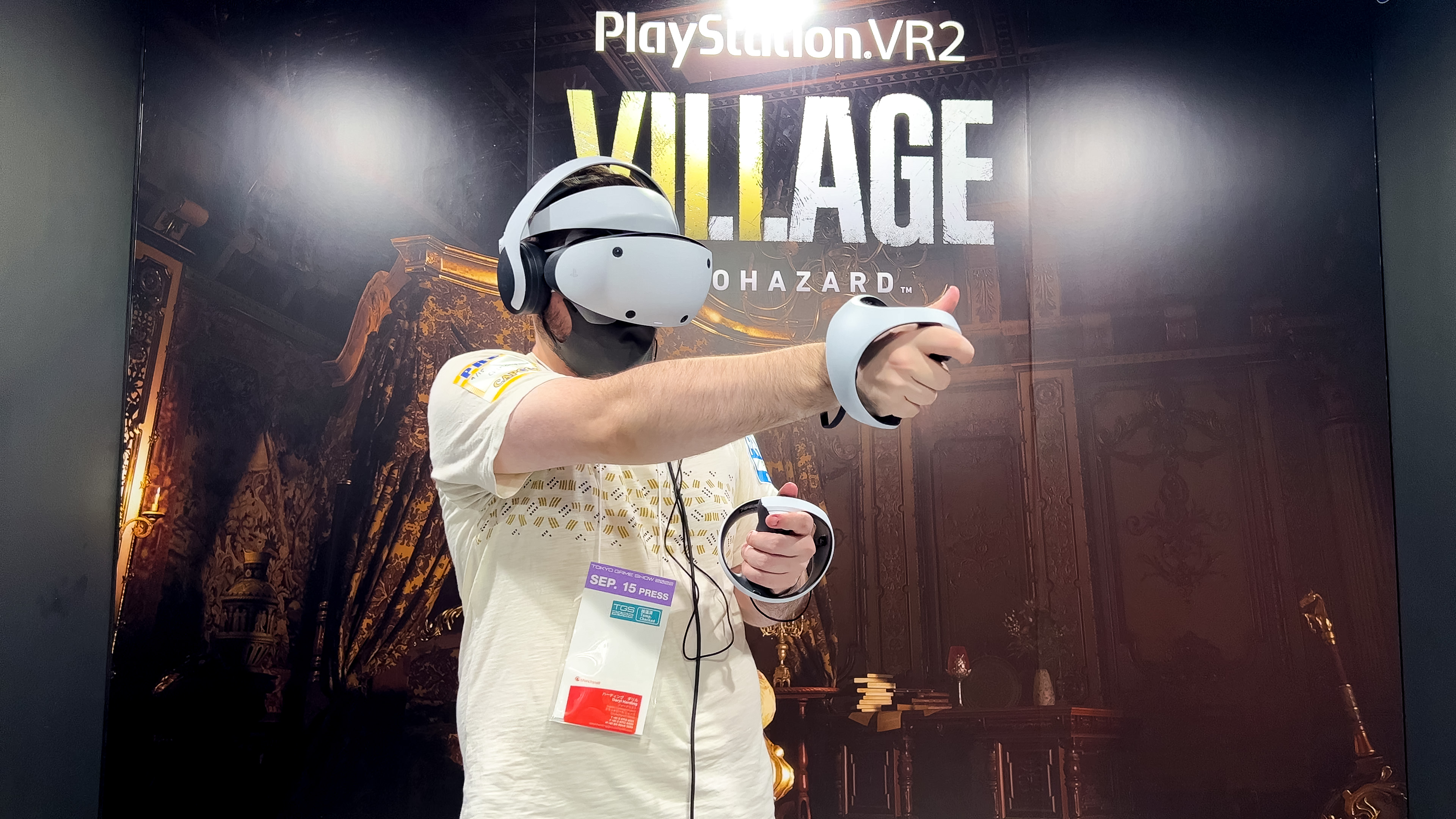 One of the more interesting aspects of the VR2 was the headset feedback which saw a lot of use during the demo, especially when being dragged around the mansion. If the visual change didn’t affect my knees, it was the vibration of the headset as Ethan bumped his head on the ground and walls. I do hope that there is an option to turn them down, they were tough to get through.

Though the Steamdeck has been available overseas for a while now, Tokyo Game Show was the first showing of the portable computer inside Japan. Wow, I was surprised! 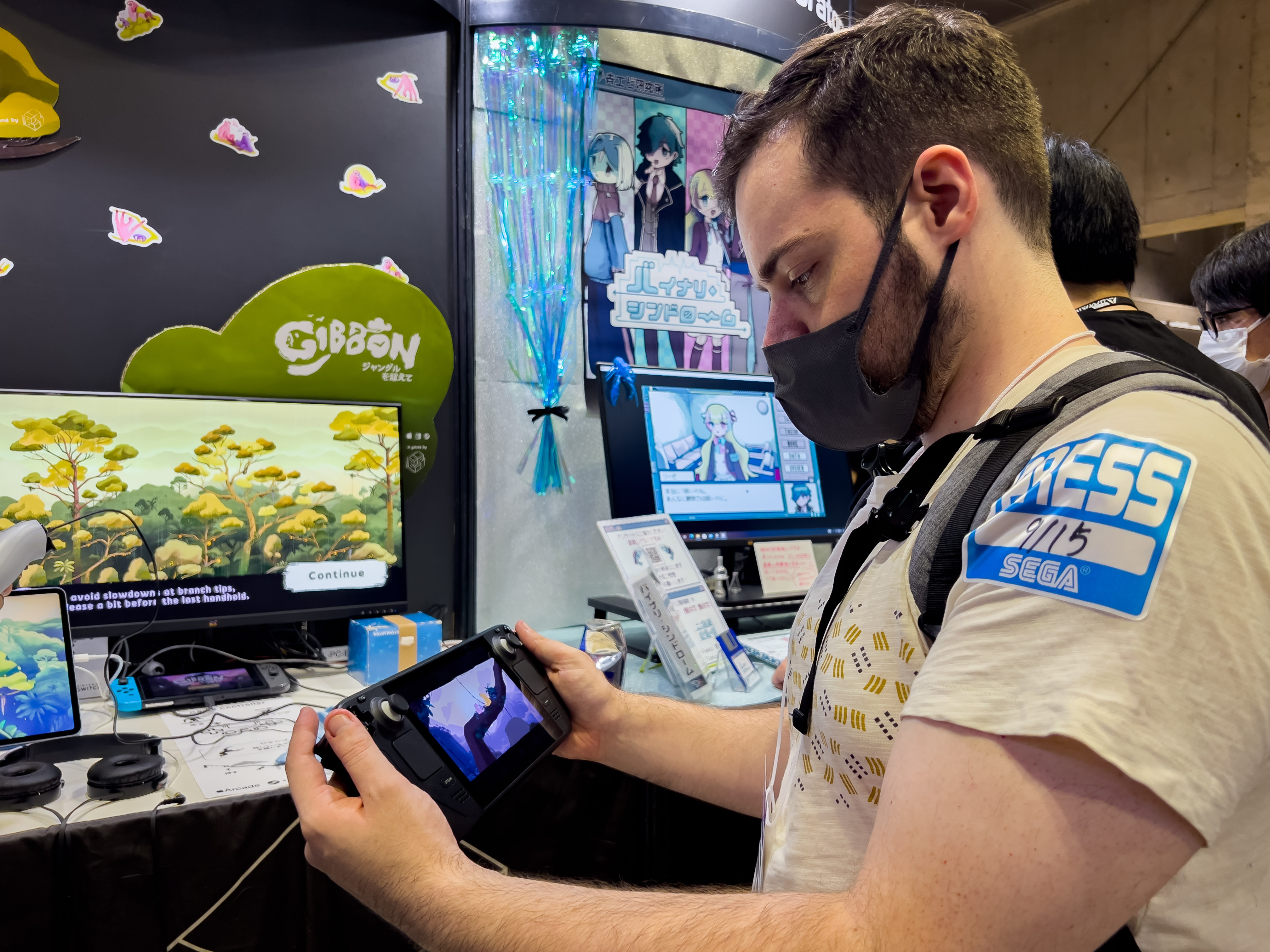 Despite its heft and awkward-looking buttons, it was easy to hold - if a little heavy, I have been playing handheld Splatoon a lot lately and the Steamdeck is much weightier than the Switch - and the placement of my hands rested naturally on the buttons.

It was nicer to hold than the Switch, but I do have bigger hands which can hurt after a few hours on the Nintendo console. I can’t comment on performance as I was playing lightweight indie games on it, but if that scales up to more AAA titles, the machine could be a game changer going forward.

Speaking of indies, I got to play a range of in-development games showcased and speak to some devs trying to push their games out of the development phase and into the people-playing-the-games phase.

On Steamdeck I tried Gibbon, a game that saw me swing like a monkey through a very colorful forest. It was a cute game from an Austrian dev that would be great on short trips on the train.

Meanwhile, over on the Pasty Panic side, the dev of the game/experiment actually made their own controller for a fast-paced experience which had me make bake bread, mochi and more by putting the correct key into the hole with a timer. If I didn’t make it in time, the cat ate my food. While I put on a pretty poor performance, and the dev has no idea how to actually release it, I would say try it if it comes to a game show near you as it’s a fun hands-on experience.

Rounding off indies was a fantasy dungeon-crawler / restaurant simulation game called Cusineer that had the player go catch food they would then sell in their restaurant. A kind-of Delicious in Dungeon premise, with more restauranting. I personally found the controls of the dungeon-crawler section a little hard to start with and never got the hang of it in my demo timing, but the restaurant was engrossing enough that one of devs kept reminding me that I was able to “close the restaurant” at any time. The people need their bread though! 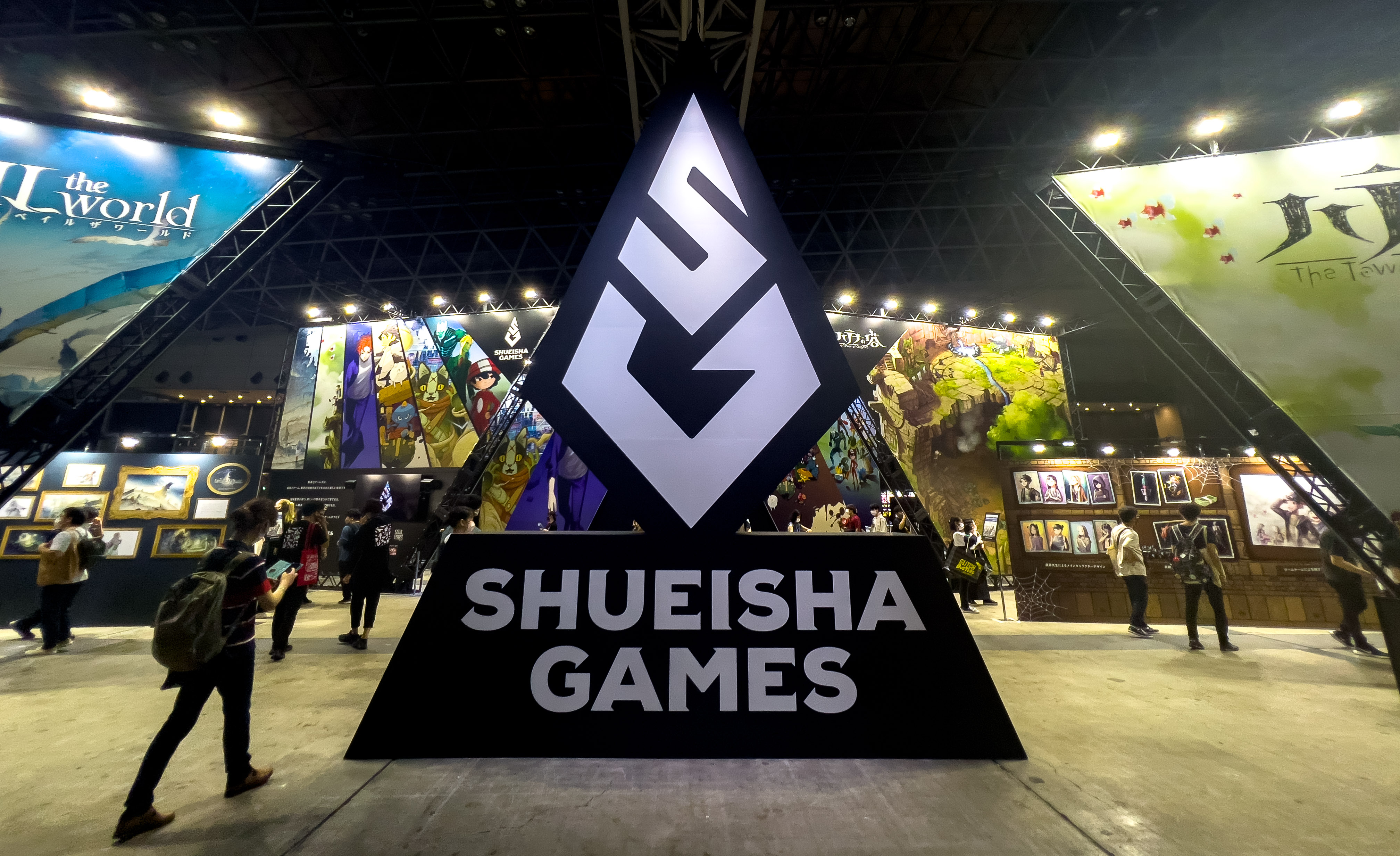 Sonic is a franchise with a very checkered past, with games that are very not good to mostly average and then like one emerald of a game every decade or so. From the trailers, it felt like Sonic Frontiers may be one of “mostly average” Sonic games.

Thankfully, Frontiers is a ton of fun to play. The combat is fluid, easy to master and with a skill tree, able to become the overpowered hedgehog of your dreams. The enemies felt satisfying to beat and you kinda do feel like Sonic running around a decently sized open world that feels made exclusively for the blue blur. 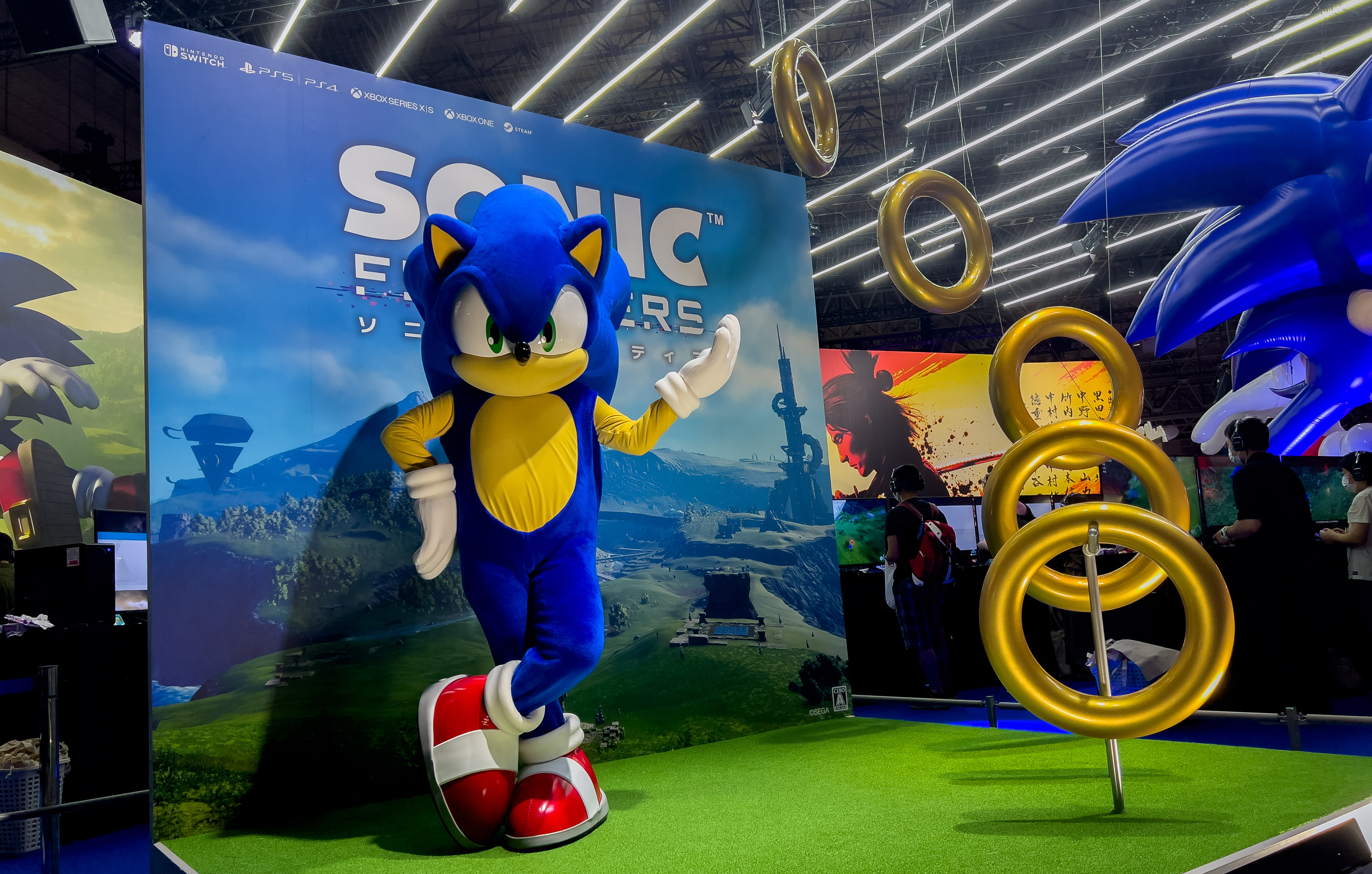 However, the open world hub feels too much like an Unreal Engine tech demo with some rails and jump pads just littered around the landscape. Most of them led to collecting more rings or going fast, but they are out of place when you look over the landscape. It looks like someone just went in with a 3D brush and drew some squiggles. It’s ugly.

As for the one level I got to play, it felt like a modern Sonic game with the boost mechanic. I’m sure more moves will unlock as the game progresses, but if you like modern Sonic levels without gimmicks, Frontiers feels the most polished version of these – though, most first levels usually are the best in Sonic games. Run with caution.

One Piece Odyssey is an interesting beast. The game itself feels fun to play, but the short slice of a demo I played was very liner. The action RPG elements were a joy, especially when the group splits up and takes on different enemies until only one was left with the whole Straw Hat Crew unleashing their might on them. 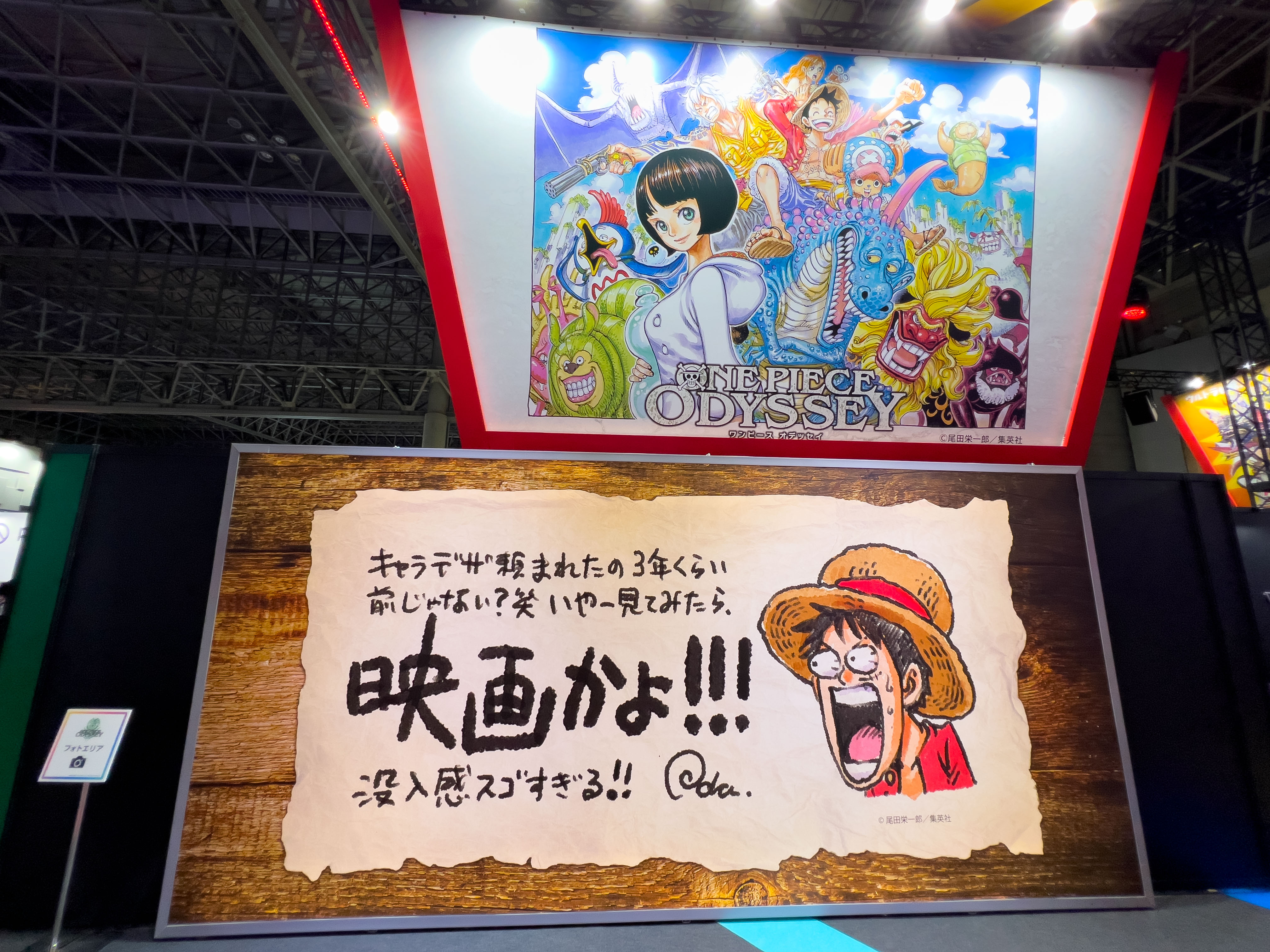 Outside of the fights though, the level played very much like a Persona 5 palace with no puzzles. Though again, it was a very short slice of gameplay and the game was also teaching me how to play, which it didn’t really need to. Odyssey was easy to pick up and play, even for an unseasoned JRPG gamer and the turn-based action was plain and simple.

The cartoony action looked great, as did all the character models. The world felt like an island from One Piece and fleshed out enough that the ecosystem was its own, something that the franchise is known for. 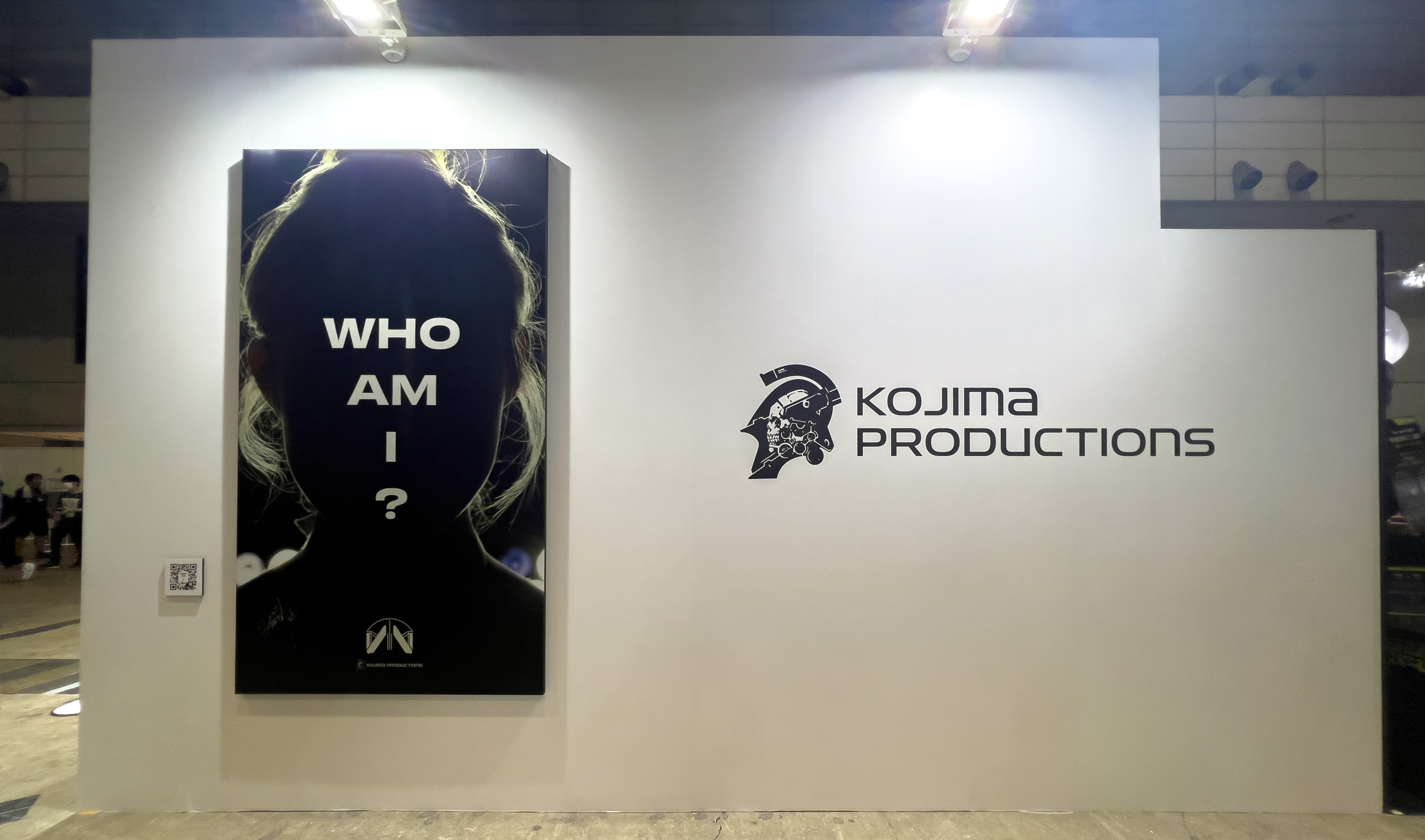 But if One Piece Odyssey is like the demo for 80+ hours, I could see the game getting very repetitive in a bad way. While it was fun for 15 minutes, I couldn’t see myself sitting down for days for it. But if it opens up the world a bit and becomes less linear and has a great story, then it could be one of the best anime to games to date. I’m personally just glad it isn’t an arena brawler again.

Daryl Harding is a Senior Japan Correspondent for Crunchyroll News. He also runs a YouTube channel about Japan stuff called TheDoctorDazza, tweets at @DoctorDazza, and posts photos of his travels on Instagram. Gotta go fast!