You don't have to have all the answers yet 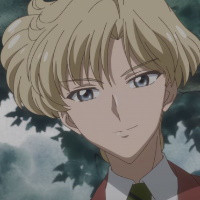 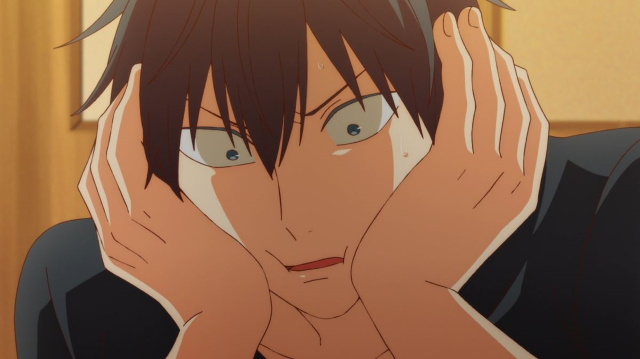 I came out to myself in 2001 before I proceeded to come out to the various people I cared about. While I’m very comfortable with my sexuality all these years later, back then I was terrified. My worries about how folks would react made me deny my sexuality, especially since there was (and still is) this idea that kids and teens aren’t old enough to understand topics like this.

The truth is, we don’t have to get it right away because the point, to me, is to explore these topics so you can work toward understanding yourself at a young age, otherwise, you’re going to be unhappy with who you are as an adult. That’s why, on National Coming Out Day, I want to highlight six anime that feature young characters who are given the space to explore their identities and the lessons they learn along the way. 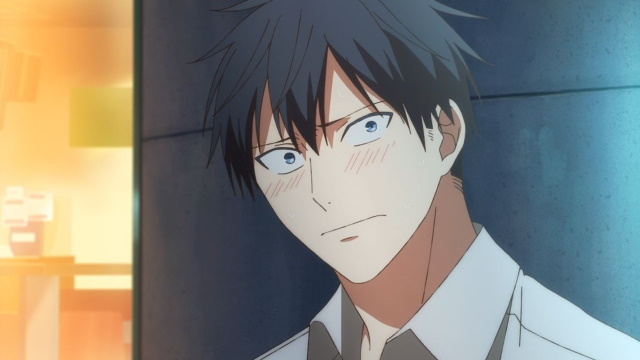 In given, Ritsuka’s trying to make sense of his feelings for his classmate/bandmate, Mafuyu. He’s also dealing with the fact that a girl in his class outs Mafuyu and reveals the terrible loss of his last boyfriend to Ritsuka. Ritsuka understands that Mafuyu is grieving, but with that comes feelings of jealousy since Mafuyu’s writing a love song about his boyfriend. This is all cobbled together with feelings of confusion and fear as Ritsuka wonders if there’s anything wrong with him for liking a boy.

RELATED: Given Has Some of the Richest Storytelling in Anime

Ritsuka ends up talking with his older bandmate, Akihiko. Having a teenage boy being told that his feelings aren’t weird is important, but what makes the interaction extra impactful is the fact that Akihiko’s also a part of the queer community. As someone who is older, I relate to wanting to let those who are younger than me know that they aren’t alone. I remember being in a place where I was scared to embrace my sexuality. Now that I’ve fully marked the Black bisexual auntie box in my gay agenda, I want nothing more than to let others know — especially younger generations — that there’s nothing weird about being queer. 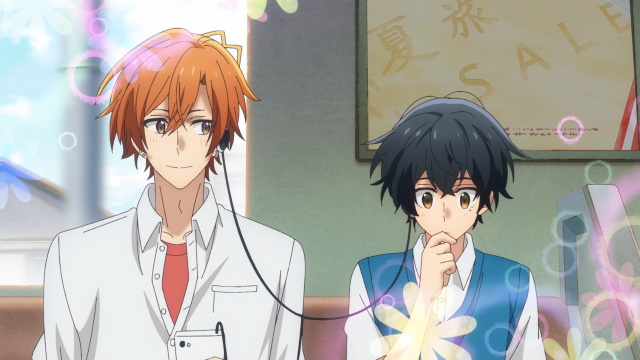 Sasaki and Miyano has become my go-to wholesome anime series of 2022. An extremely charming love story that’s very much aware of the genre it's a part of, Sasaki, at first, questions liking a boy, but it quickly fades in favor of confessing his feelings for Miyano.

Miyano doesn’t give him an answer right away, unsure if he likes his upperclassman or just admires him. What does it even mean to like someone? Despite reading the signs with others like Hirano and his roommate (and fanboying about them potentially dating), Miyano doesn’t know where to start when it comes to his own feelings. This is where the series shines, in my opinion, as Sasaki tells Miyano to take his time in making his decision.

RELATED: Sasaki and Miyano Reminds Me of My Own Love Story

When it comes to our feelings it can seem like we have to have things sorted out immediately. Miyano has periods of assuming he’s taking too long, but things work out for the best because he’s given the space to really sit with his feelings and work toward understanding them.

3. You Have To Accept Yourself First 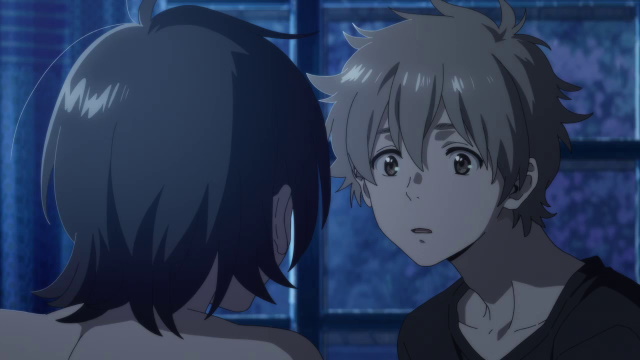 The Stranger by the Shore is a brilliant example of why it matters to have these conversations at a young age. The story centers on a gay novelist named Shun who left home after a falling out with his parents about his sexuality. Theoretically, he’s in a better place now, with people who are accepting of his sexuality (including a lesbian couple). That doesn’t stop him from disliking himself to the point of questioning why Mio (his love interest) wants him.

When I first realized I was attracted to women I reacted a lot like Shun. I denied it to the point of avoiding the person I had feelings for. Shun’s still holding on to what happened in the past and struggles to move on from it. At one point he even tells Mio that he’ll find a nice girl someday when he knows that Mio’s interested in him. That’s not just because of how Shun feels about himself, it’s also because he doesn’t want Mio to have to deal with homophobia. Shun’s internalized all of the negativity he faced in childhood as an adult.

Shun’s a good example of how homophobia makes it so hard to value yourself and why reassurance about one's identity is crucial at a young age. While Shun’s hardship does hurt to watch, it comes with a beautiful example of how rewarding it feels to finally embrace who you are. It can, and does, take time, but the payoff of being comfortable in your own skin is worth it.

4. You Don’t Have to Do What Others Expect You to Do 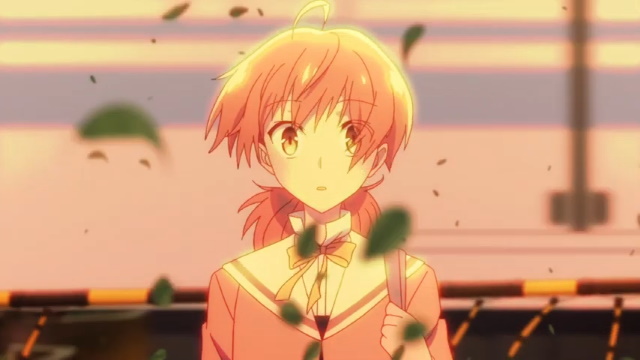 After getting lost in the thought of experiencing the kind of romance they talk about in shojo manga, Bloom Into You’s Yuu finally has a boy confess his love for her. While it is a boy she likes spending time with, it feels nothing like the dazzling sensation she was hoping for. Yuu wonders if there’s something wrong with her and even debates saying yes because maybe she’ll feel something for the boy later.

I’m not exaggerating when I say I had to pause the episode at this point, thinking back to my high school days of wondering if I was in the wrong for not having any real interest in having a boyfriend since that’s a thing we’re told that girls are supposed to be interested in. I remember being told I was too young to understand topics that involved the queer community, yet also having people wonder when I'd get a boyfriend. Yuu's feelings in her situation mirror how I used to feel.

RELATED: I Think Our Son Is Gay Author Okura Wants to Share the Happier Side of LGBTQ Stories

Yuu’s older classmate, Touko, encourages her to be honest about her feelings, reassuring her that it’s okay if she isn’t feeling those fireworks just because everyone says she’s supposed to when a boy confesses. The series goes on to be a slow burn between Touko and Yuu, both discovering things about themselves and the feelings developing, but it’s this moment in the first episode that struck an immediate chord with me.

5. You Don't Have To Have An Answer 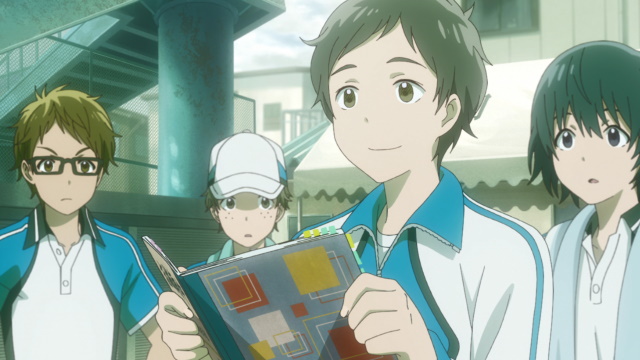 In Stars Align we see the team manager of the soft tennis club looking up LGBTQ terminology at the library. Yuu thinks they might be non-binary but admits that it doesn’t feel right to be categorized like that. However, people always want solid answers, which makes it feel like there’s no room for exploration and a need to label yourself immediately. Fortunately, Yuu has a solid network of friends at the tennis club to support them and remind them that they don’t have to define themselves if they aren’t ready — or if they just don’t want to.

There are times when it can feel like you HAVE to come out, that you’re not part of the community if you don’t. It can also feel like this if you don’t have a solid answer as to how you identify. The truth is the way we identify ourselves can, and does, change over time. When I initially came out I identified as lesbian, but as I got to know myself better I realized that bisexual was a better fit. In the end, you get the final say on how you identify and you should be allowed to make that decision at your own pace.

6. You Also Don't Have To Answer 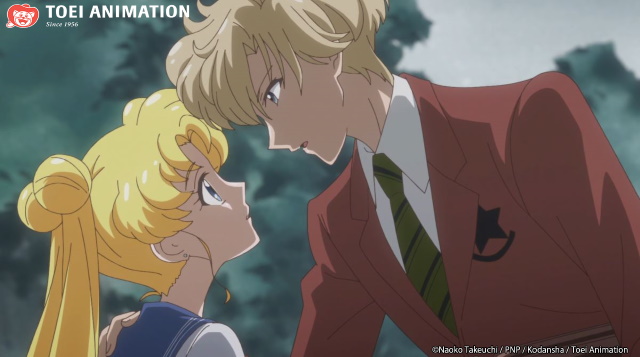 In all of the encouragement to love yourself and come out at your own pace, there’s one more message I want to leave you with courtesy of one of my earliest queer crushes, Haruka Tenoh.

In Sailor Moon Crystal there’s a scene where Usagi asks what Haruka’s gender is. To be honest, the more pressing question at that moment is why Uranus and Neptune don’t work together with the team. Still, the gender question comes up, and Haruka answers it with another question. “Is it so important that I’m male or female?”

RELATED: How Utena Helped Me Understand My Queerness

Briana Lawrence is the Senior EN Features Editor here at Crunchyroll. When she’s not writing she’s taking care of her three butthead cats and playing Hades for the 100th time. You can check out her writings and her book series over at her website and give her a shout over on Twitter.

FEATURE: How the given Anime English Dub Is a Gift From the LGBTQ Community