FEATURE: 6 Anime Characters That Remind Us It's OK to Cry

Crying is what makes these characters more human 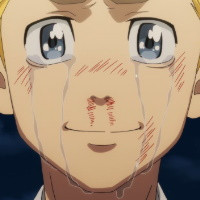 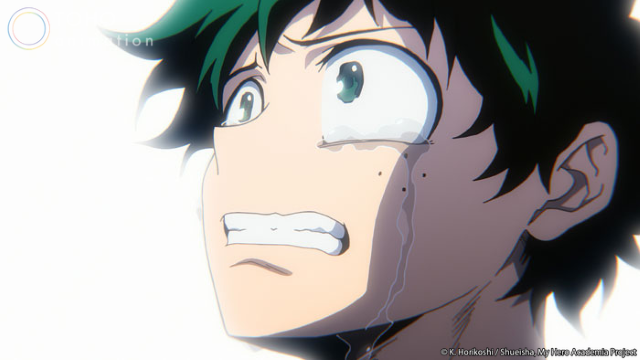 We see our favorite anime characters at their best and worst moments. For the latter, who can fault them for having an emotional breakdown when their friends are constantly in danger and the fate of the world always rests on their shoulders? Crying is what makes them more human. In the face of extremely stressful situations, the following anime heroes may be accused of crying too much, but it’s because they’re not afraid to shed tears that we love and appreciate them even more. 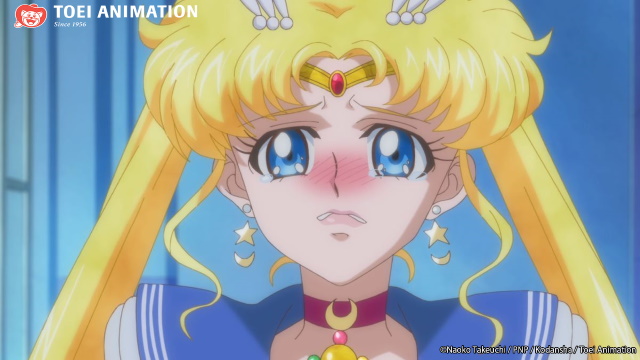 “Crybaby” is in Usagi Tsukino’s character description. As the iconic, twin-ponytailed magical heroine, Usagi — from the original series to Sailor Moon Crystal — has always worn her heart on her sleeve. For some, she might come across as annoying for whining about every little thing, but when you’re only 14 years old and have been tasked with “fighting evil by moonlight” you’d throw a fit, too. No wonder the poor girl is sleepy all the time! On top of saving the world, Usagi carries the trauma of losing her former home and parents, a tragedy Queen Serenity didn’t even want her to remember. I’d say her feelings are more than justified.

RELATED: Looking Back At 30 Amazing Years Of Sailor Moon

Regardless of her emotional outbursts, Usagi is the Pretty Guardian of Love and Justice who fiercely protects her loved ones. When push comes to shove you can always count on her to take her job seriously so that when she and her fellow Guardians return home they can attempt to live normal lives. I’ve always admired Usagi for staying true to herself rather than sacrificing her emotions in order to grow up faster. Also, because she’s a woman character who cries a lot, she gets the brunt of “weak character” shaming no matter how powerful she becomes as she repeatedly saves the world. If a heroine can fight villains in heels that’s badass in my book. Sailor Moon will always be the one. 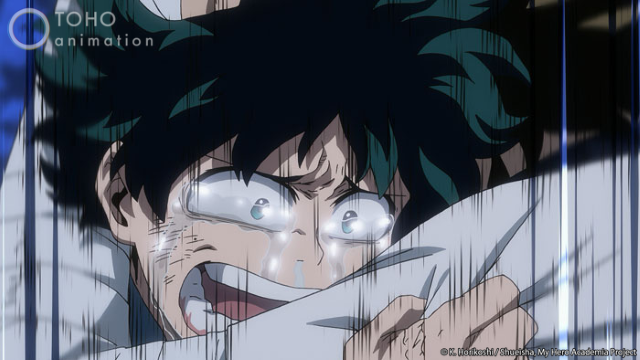 Whether or not you’ve watched My Hero Academia you’ve probably seen an image or clip of young Izuku Midoriya’s eyes well up with tears as he’s watching his number one hero, All Might, on the computer screen. It’s a scene that pulls sympathy from us, our hearts breaking alongside Midoriya’s at the realization that he couldn’t become a hero. Things change and, years later, Midoriya grows up and ends up becoming All Might’s apprentice. However, what hasn’t changed is his crying habit. While he harnesses a powerful quirk, Midoriya continues to be a softie and cries during emotionally charged fights or from a classmate’s compliment.

RELATED: A Beginner’s Guide To My Hero Academia

Crying doesn’t mean a hero is weak and Midoriya reinforces this. It’s a way for him to express his gratitude after years of being told “no.” It's also a way to express his frustrations about feeling like he’s not progressing fast enough. I’ve been in the same boat, as I’m sure most of us have, of not getting certain opportunities and feeling pressured to be absolutely perfect when you finally get your moment — no matter how much it hurts you in the process. Honestly, an expressive protagonist is much more relatable than a robotic-faced, overpowered one. We root for characters who are aware of their shortcomings and who want to better themselves. All of this is why it’s Midoriya’s turn to be a hero we look up to. 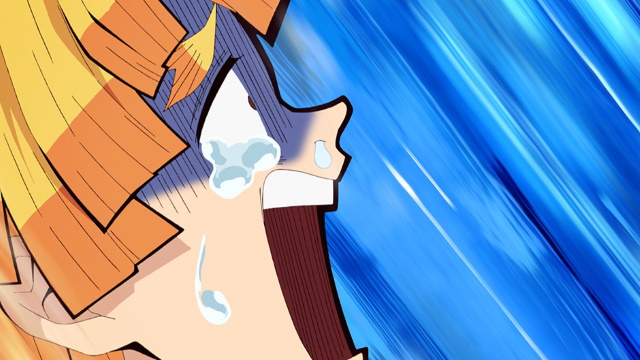 The resident crybaby in Demon Slayer: Kimtesu no Yaiba is none other than lightning boy, Zenitsu Agatsuma. While he’s not the only cryer of the series thanks to Tanjiro’s painful backstory, Zenitsu cries mostly out of fear for his life whenever demons are mentioned or present — which is amusing for us but terrifying for him. Despite Zenitsu’s ear-piercing wails, he’s a character that doesn’t hesitate to show that he’s scared. This has given him an edge during one-on-one battles with demons as they, and even the viewer, underestimate his ability to kill them, only to find out that he’s as real as demon slayers come. It’s honestly an unintentionally smart tactic that I wasn’t expecting from how the show plays his tears up for laughs.

On the surface Zenitsu is weak-willed, but his subconscious self proves otherwise. He might be the comic relief of the show, but he still has an inherent desire to protect people. That’s what makes Zenitsu a likable character... even if the number of times he’s screamed and cried is enough to become a clip compilation. He may believe that he cheesed his way into joining the Demon Slayer Corps but he just hasn’t realized his full potential because of how much he panics. 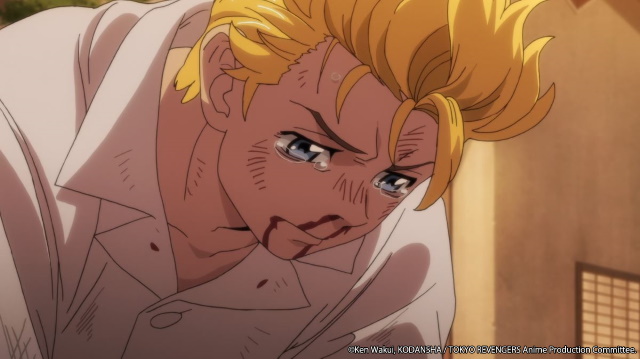 The opening theme for Tokyo Revengers is titled “Cry Baby.” The song is dedicated to the main character, Takemichi Hanagaki, who cries. A lot. When you’re part of a biker gang where all the other dudes have permanent sneers on their faces and use their fists as conversation starters, crying is the last thing you want to do. However, Takemichi doesn’t have much of a backbone as he’s weighed down by low self-esteem. He's dealing with that while traveling back and forth through time to try and save his ex-girlfriend’s life, leading to him watching her die in horrific ways along with some of his closest friends.

RELATED: Tokyo Revengers Doesn't Have Friends, It Has Family

While it was frustrating for me to watch him get beat up or profusely apologize with his head bowed, Takemichi is a hero who will do things over and over again until the people he’s trying to save have a better future – an admirable trait, given the circumstances. Takemichi’s tears are a reflection of his inability to reign in his emotions because he desires the best outcome for the people he cares about and nurtures a conviction that’s tougher than any beating he’s endured. 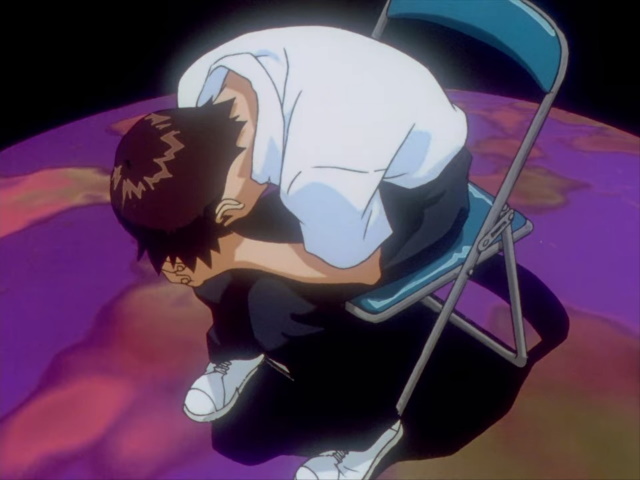 You’ve seen the meme: Shinji Ikari from Neon Genesis Evangelion sitting hunched over in a foldable chair. Shinji’s a cryer all right, but who can blame the kid? His dad, who abandoned him when he was younger, forced him to pilot a giant robot that fends off the Apostles. Despite Shinji initially refusing the job, he eventually comes around in an attempt to seek validation from his good-for-nothing father. He holds a great deal of trauma from the past, which leaks through during his emotional lows.

As a fellow introvert, I understand the feeling of wanting to shut the world out. Not every hero is bright and energetic. Sometimes the role gets forced on them, much like Shinji, and they have to play the part until everyone’s satisfied. At the end of the day, Shinji is just like anyone else who’s trying to process their grief, and sometimes that involves a good cry. 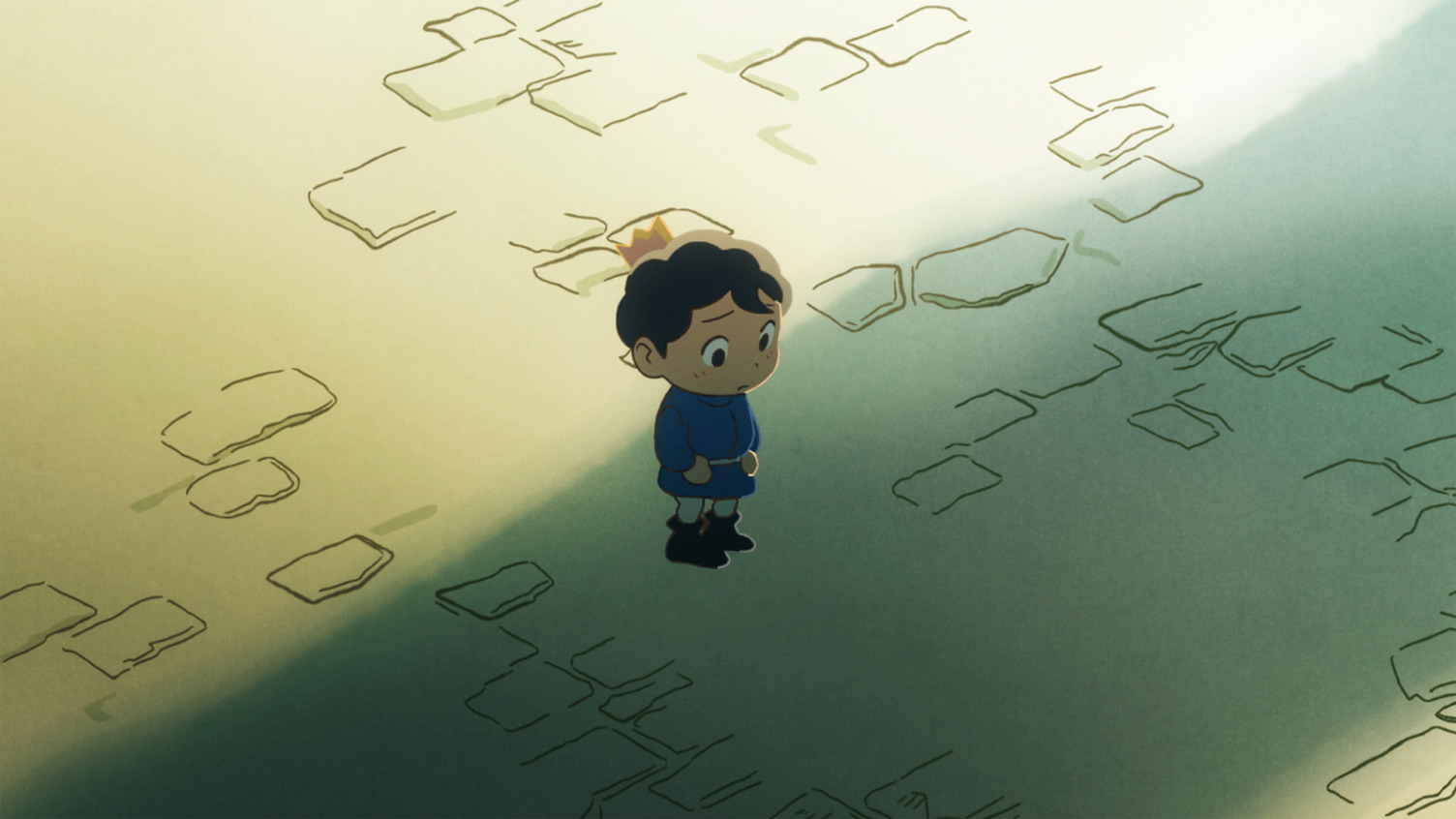 If there’s one protagonist that I want to protect at all costs it’s Bojji from Ranking of Kings. Bojji, in his fight to be worthy of the king title, gets criticized by all sorts of people for being too tender-hearted or sensitive. They dismiss him because of his disabilities and voice their disdain right in front of him, assuming he can’t understand their words even though he does. The show demonstrates how becoming a king or a strong hero doesn’t mean you should strip away your emotions. Bojji is just a different kind of hero, one that deserves lots of tissues and the biggest hugs as he works to prove everyone wrong.

RELATED: Bojji, Kotaro & How Anime Kids Are Better Than We'll Ever Be

All of these characters are a good reminder that crying is a valid way to express how you're feeling. While some people treat their emotional breakdowns as a weakness, their tears are a part of their strength and determination to achieve their goals, whether it's protecting those they love, facing an unbelievable threat, or showing that they're capable of doing great things. Crying is an important and necessary part of all of their stories and it's something we can all relate to.